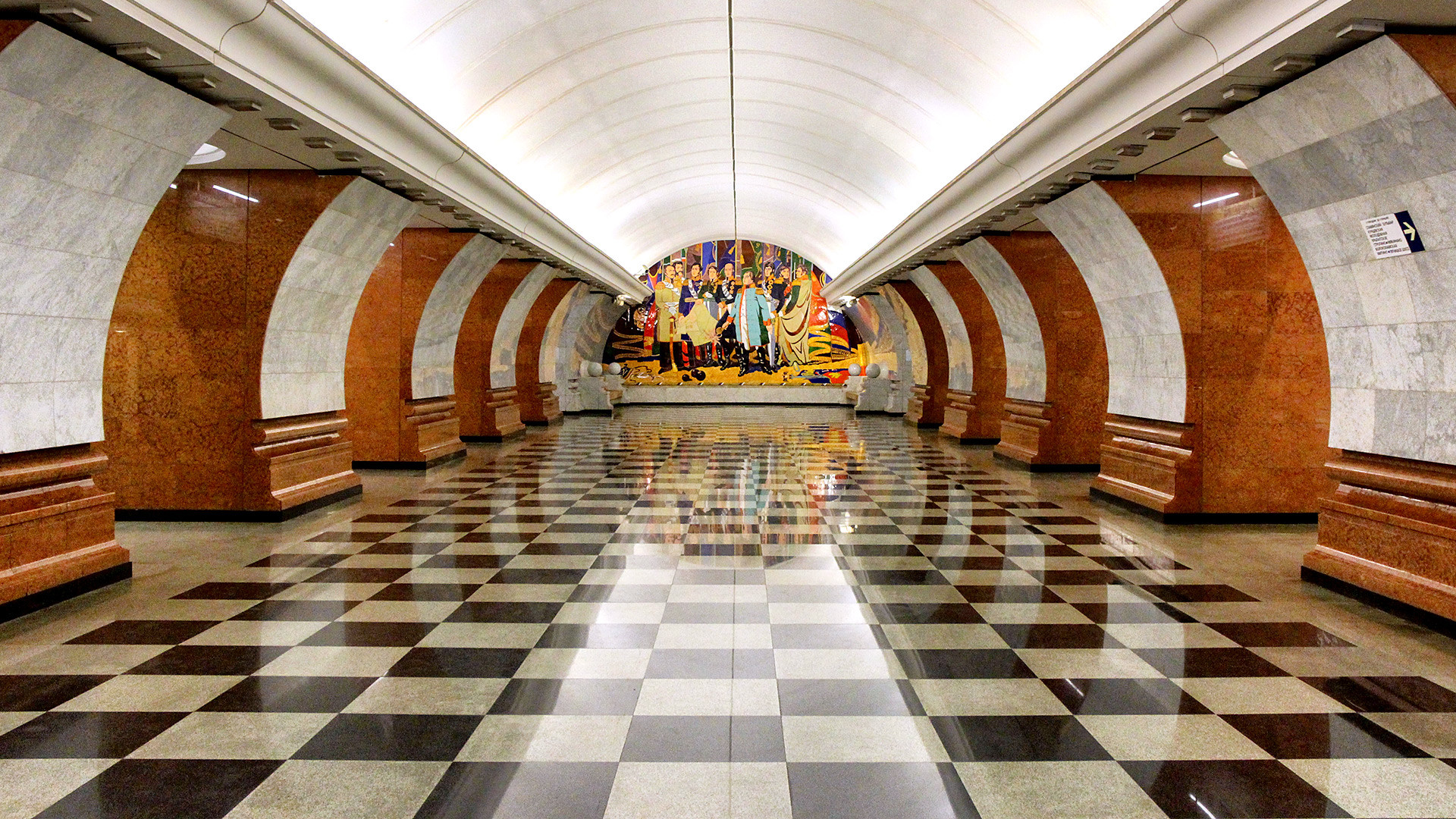 Legion Media
On the stations of the Kalininsko-Solntsevskaya (aka Yellow) Line one can find not only symbols of the Soviet epoch, but even creatures from Slavic mythology or organisms that died millions years ago. 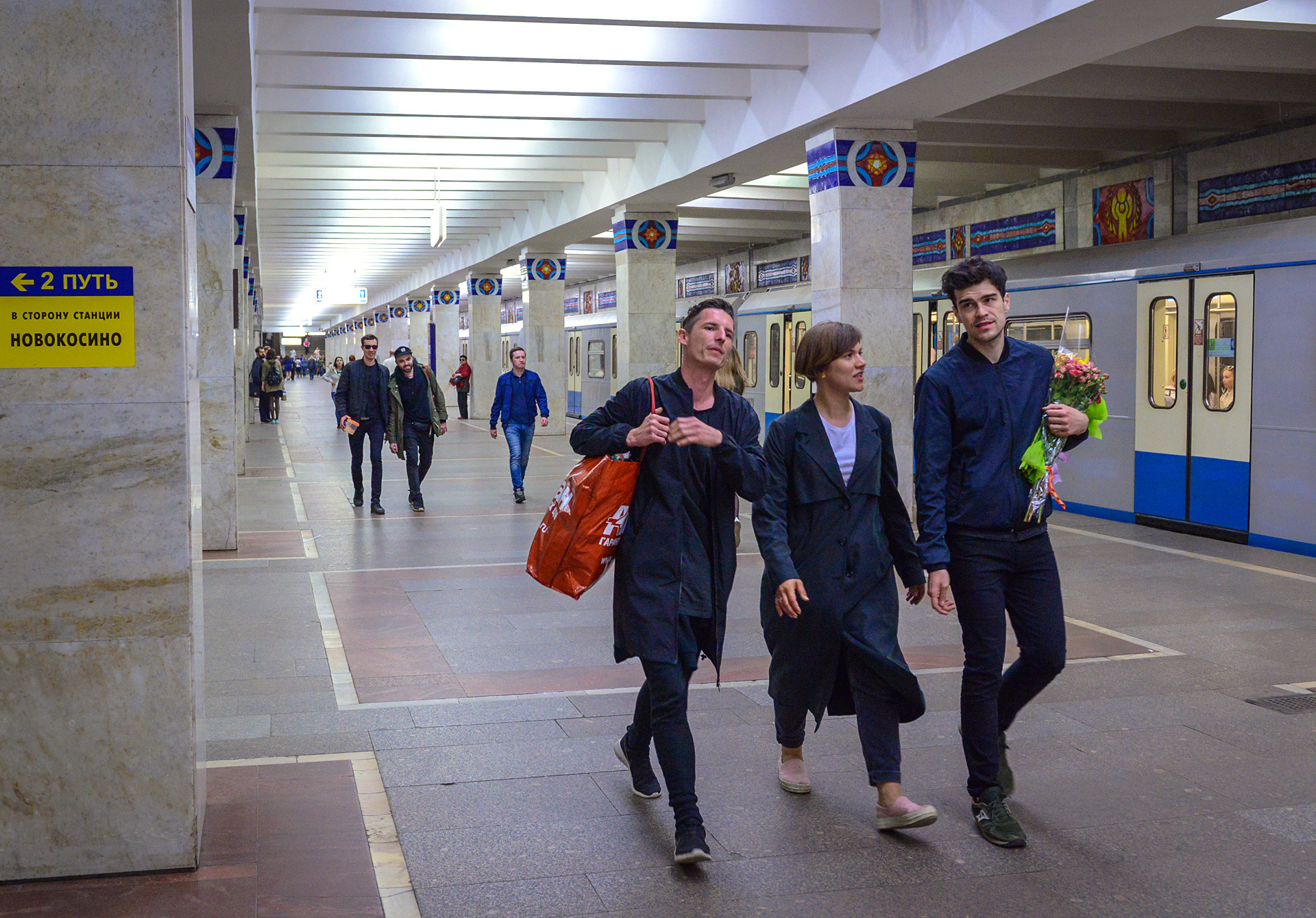 The pillars and walls of the station are decorated with scarlet friezes devoted to the nature of the Moscow Region. This is not since Novogireyevo used to be the closest station to the town of Reutov in the Moscow Region, before Novokosino station opened its doors in 2012. 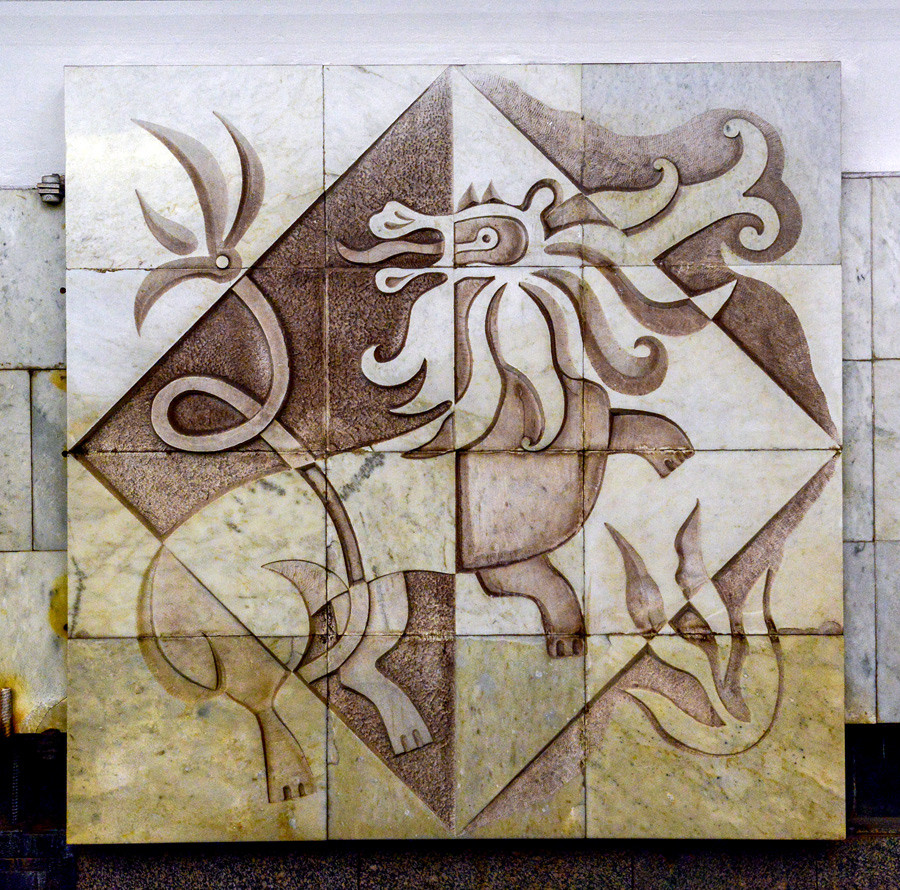 station was designed in a white tone to create a feeling of lightness and vastness. The station’s decoration is devoted to mythological animals. One of the carved stone panels on the wall depicts Sirin, a Slavic mythological creature with the head and breast of a woman and the body of a bird. Another shows the Slavic prophetic bird Gamayun, of wisdom and knowledge. Pegasus (from Greek mythology) on one of the other panels symbolizes power and prosperity, and the sun represents the source of life on the Earth. 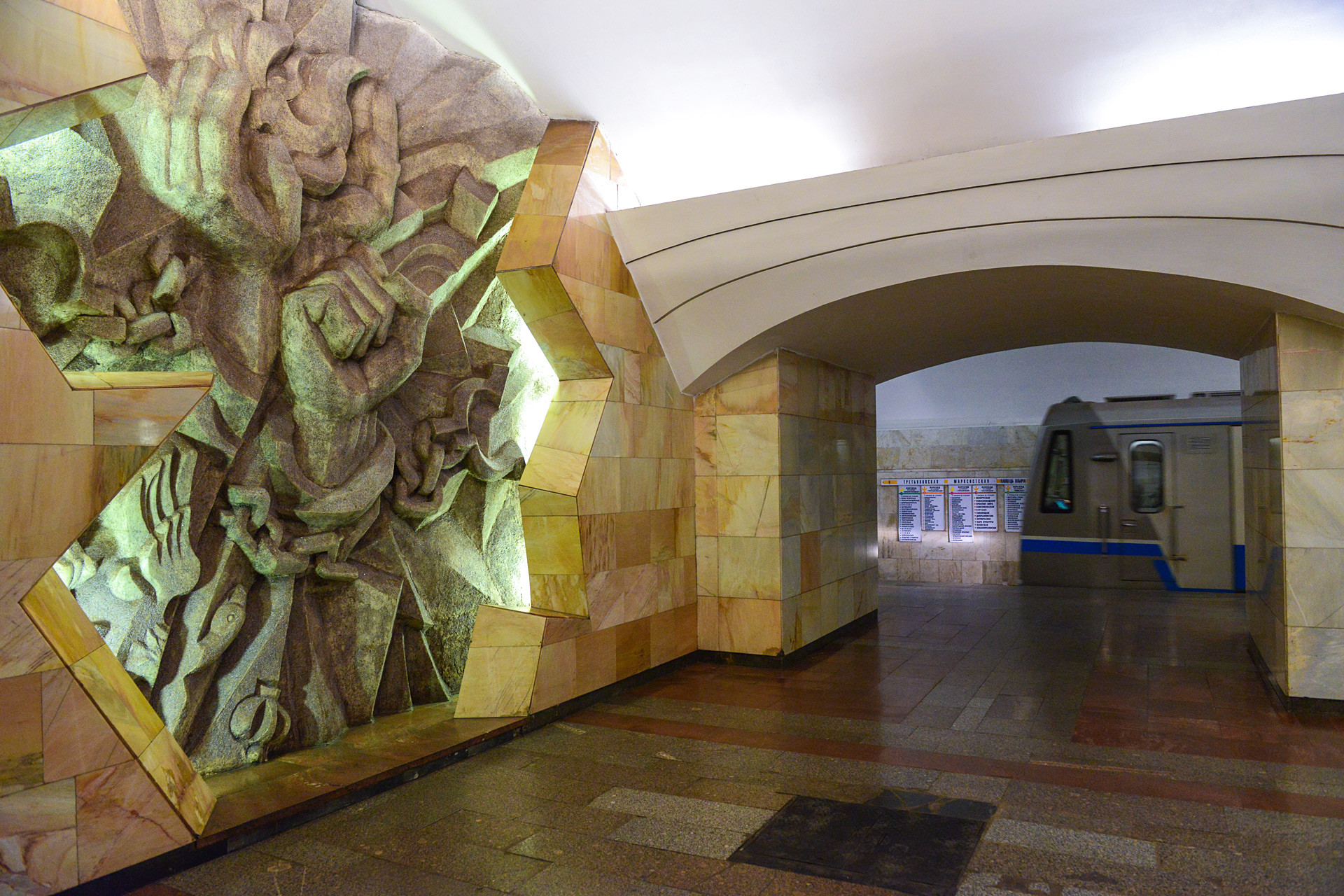 Before the 1917 Revolution, the site of the future station was traversed by Vladimir Highway (Vladimirka), a road along which convicts marched to Siberia on their way to hard labor, known in Russian as “katorga”. That’s why the fight for freedom in the Russian Empire was picked as the main motif of the station’s decoration. At the end of the hall, one can find the sculpture composition “Flame of Freedom,” with giant stone hands breaking their chains.

On the one can see panels with different revolution-connected images: a burning estate, Senate Square in St. Petersburg, bayonets and sabers, the Peter and Paul Fortress, rifles and red flags. 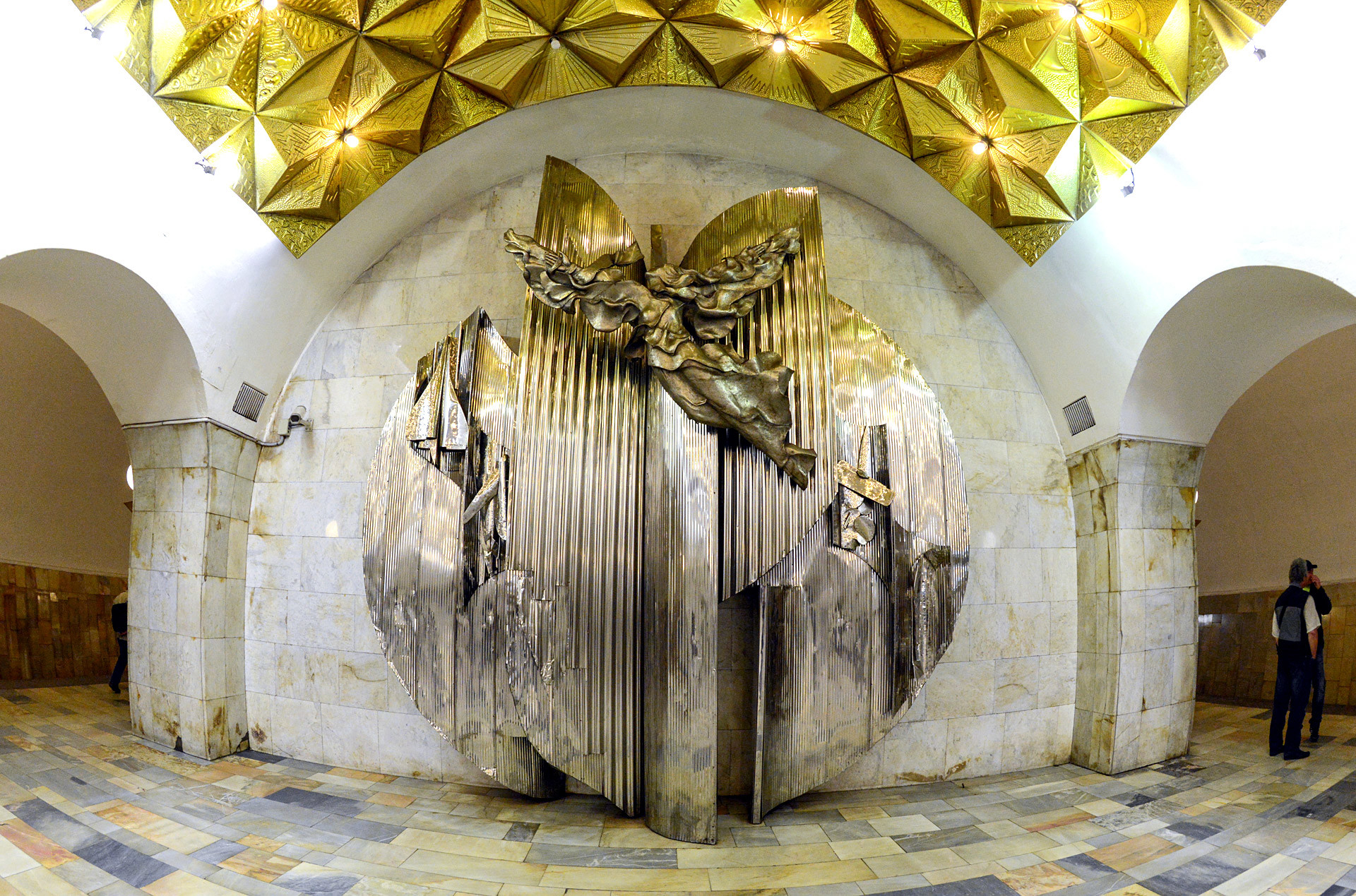 decoration of the station was devoted to aircraft engine designers. The metal sculpture at the end of the hall shows Icarus (again from Greek mythology), who is flying over ascending air flows.

The station’s roof has been styled to look like a magic carpet – it consists of numerous gold anodized pyramids with two types of images: sunrays and night stars. 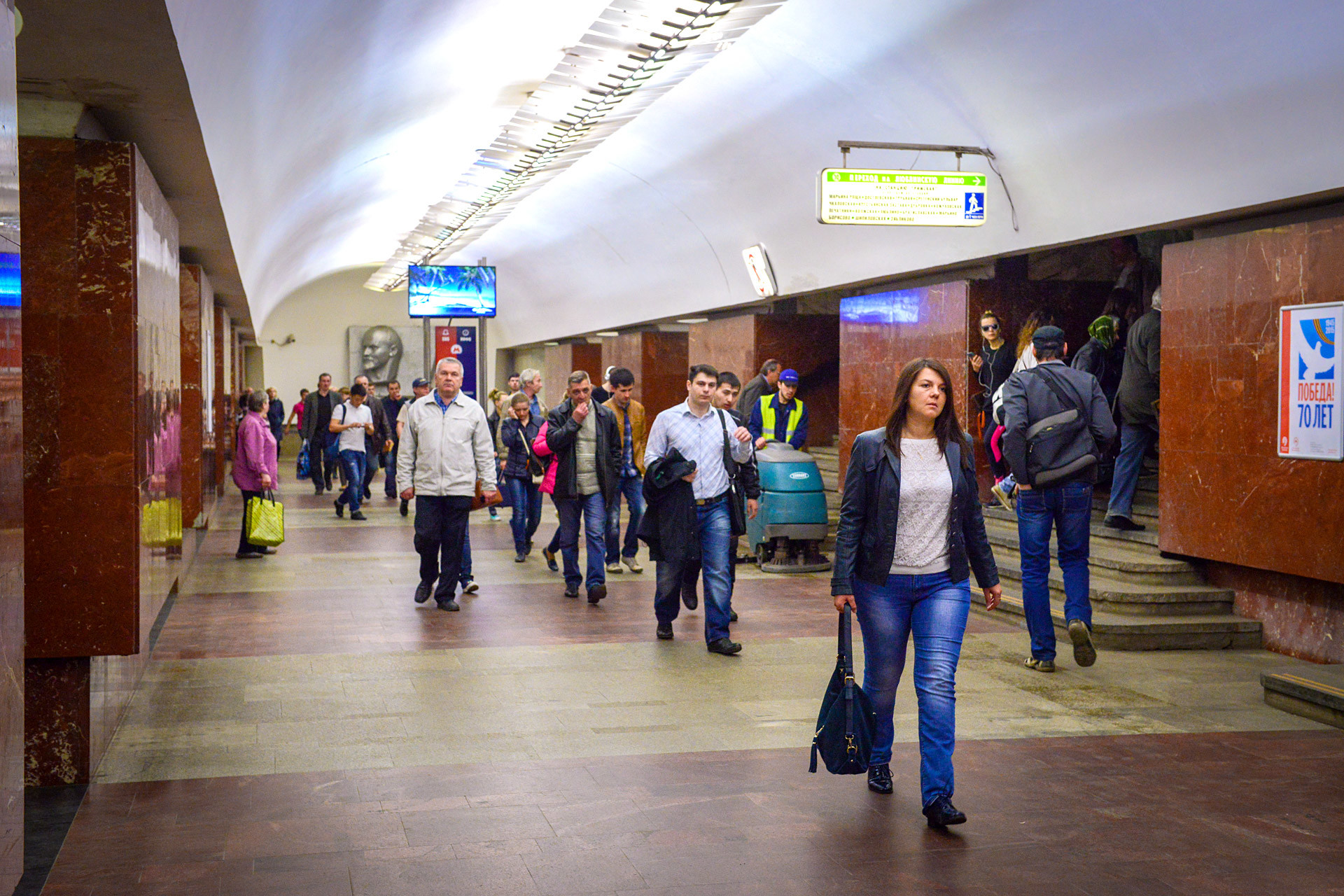 Ploschchad Illyicha (“Ilyich Square”) is named after Vladimir Lenin (his patronymic, to be precise) and has a bust of him in the hall. But the most interesting feature of the station is that in its columns, made out of red marble, one can find real fossils of ancient crinoids, and brachiopods. 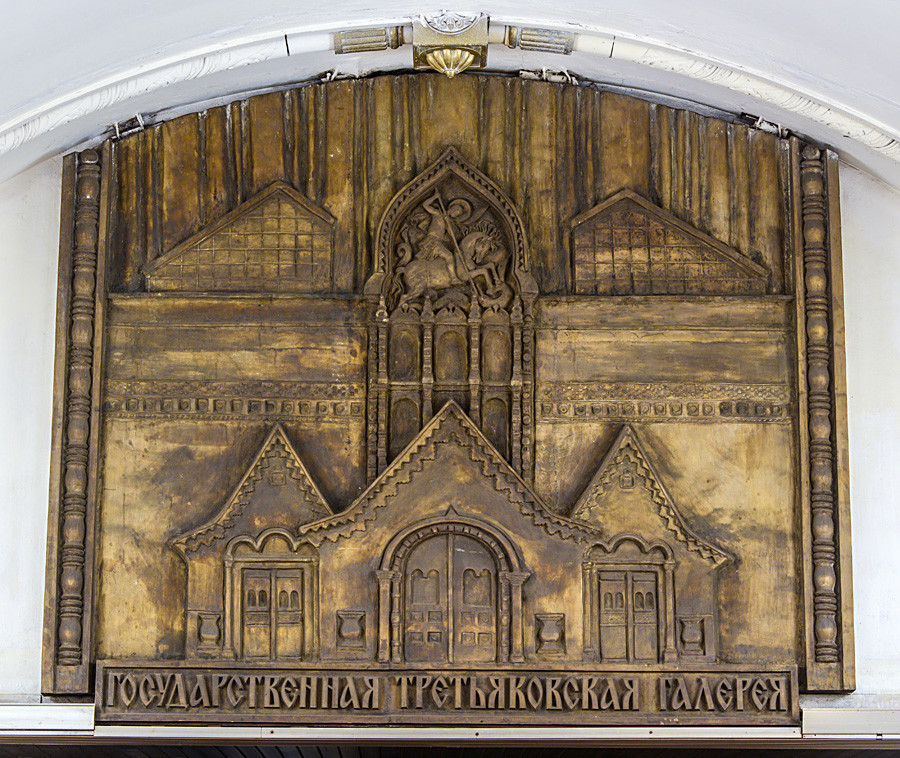 The station was named after nearby Tretyakov Gallery, the foremost repository of Russian fine art anywhere in the world. The station walls are decorated with the bronze bas-reliefs of Russian artists, sculptors and icon painters.

Above the on the way to the one can see a huge image of the Tretyakov Gallery. 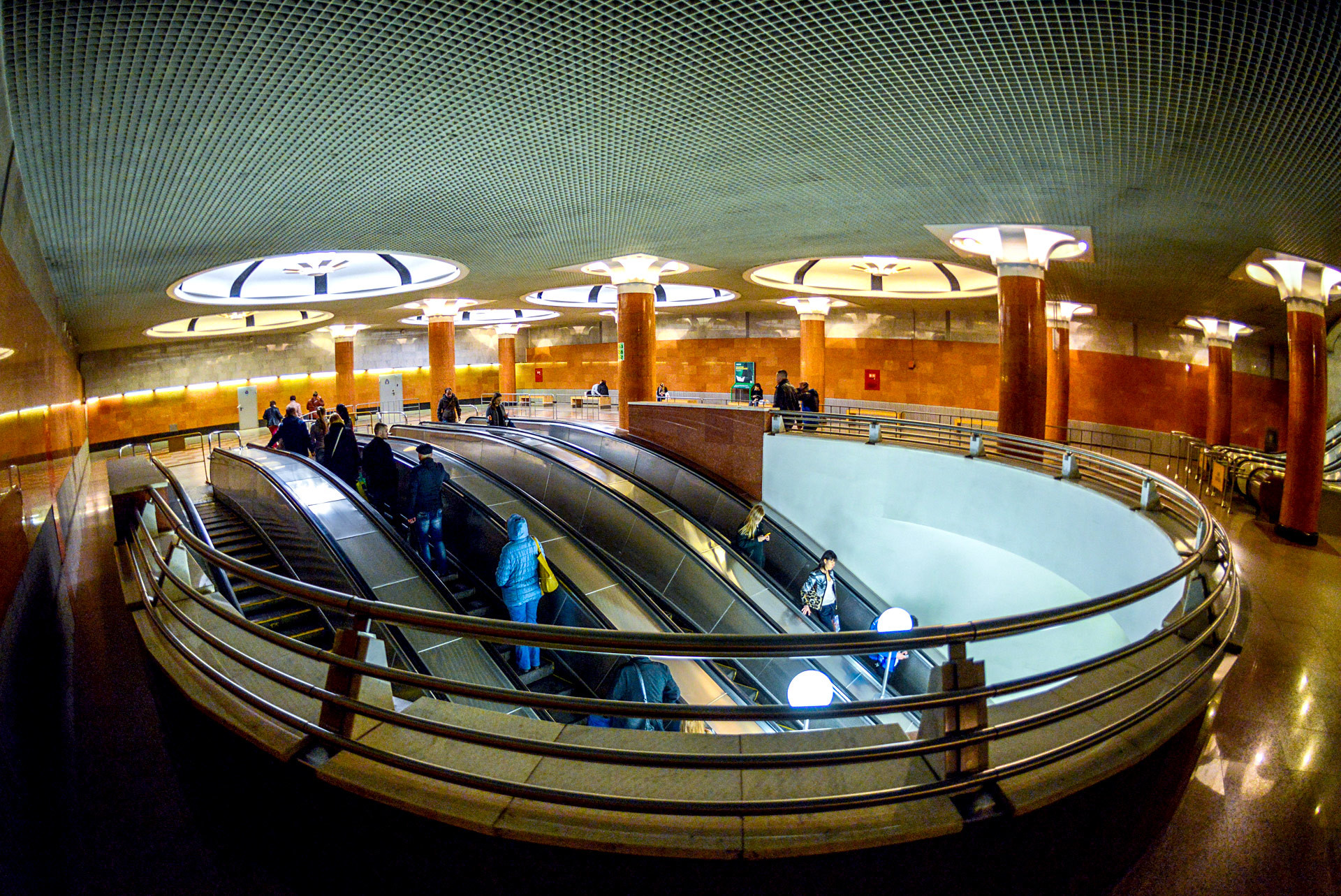 Park Pobedy (Victory Park) has the longest (126 m) escalators in the Moscow Metro. The station’s decorations are devoted to victories in the Great Patriotic War (1941-1945) and the Patriotic War of 1812.

The end of the hall is decorated with an image depicting Russian army commanders during the Napoleonic invasion of Russia, made by Zurab Tsereteli. The analogous work on the opposite end of the hall by the same artist was devoted to victory in the Great Patriotic but then dismantled in 2015 to make way, more prosaically, for an exit.