You won't believe it's not a photo

Culture
Boris Egorov
Did you know there is an artist who can draw paintings that are impossible to distinguish from photos? Russia Beyond presents the best works by Alexei Butirskiy, one of the leading Russian masters of hyperrealism. 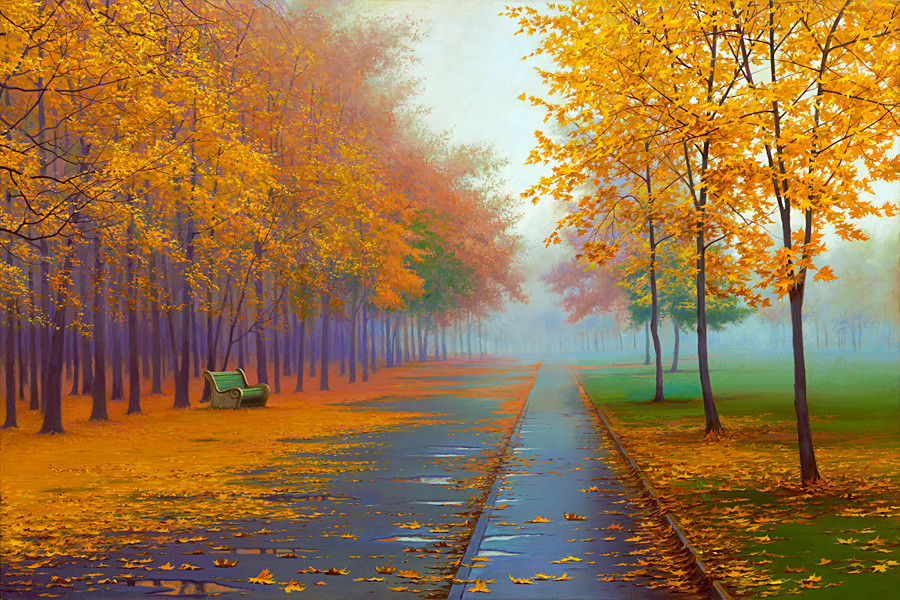 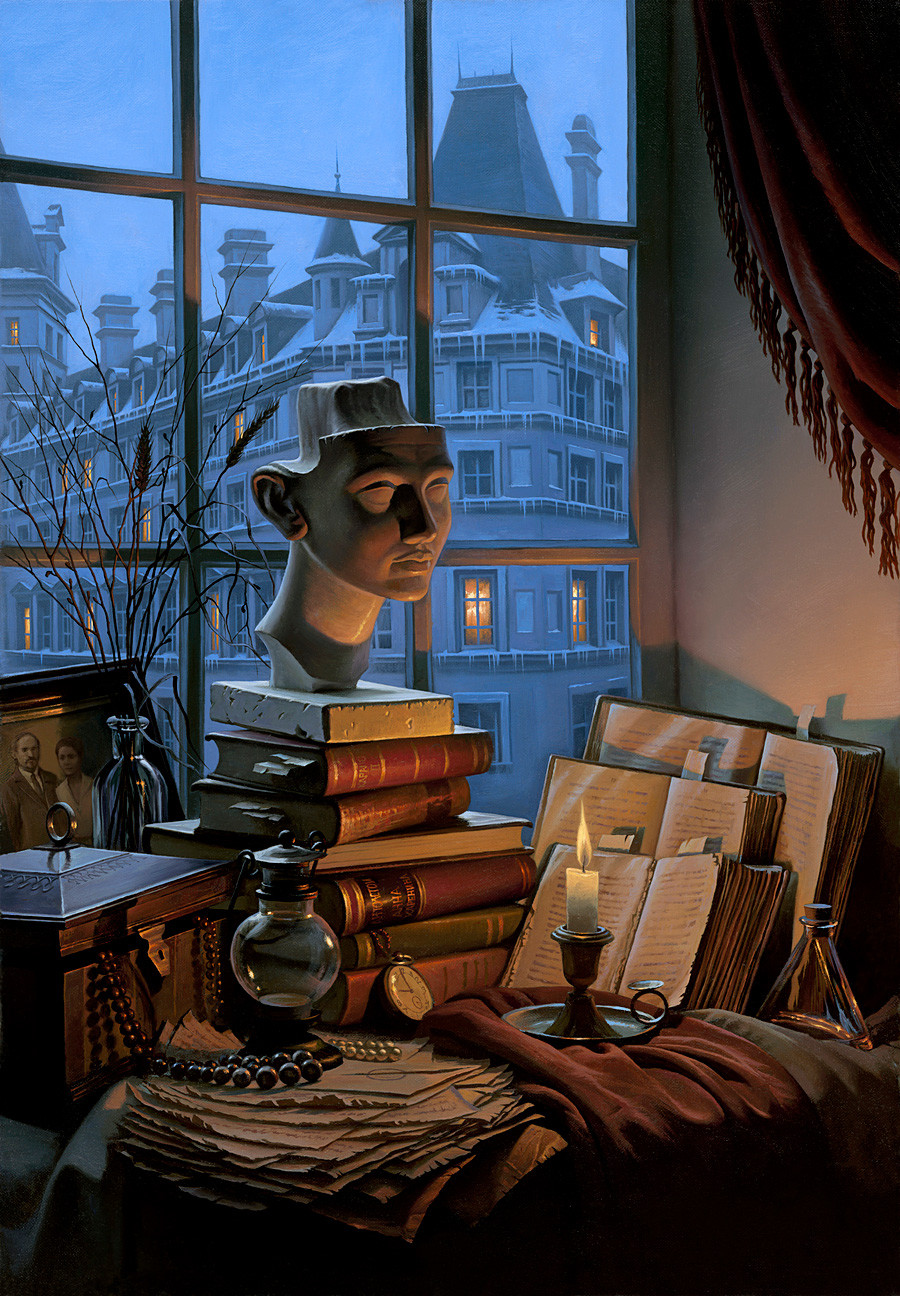 Butirskiy’s favorite theme is the cityscape: the life of big cities and their inhabitants, night streets covered with snow or battered by hard rain. 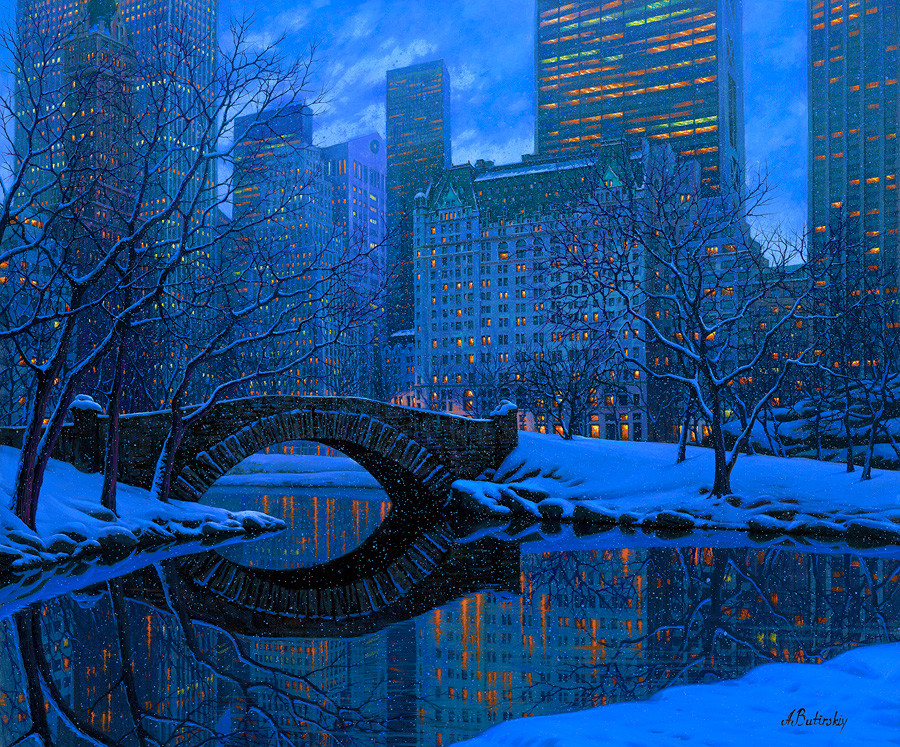 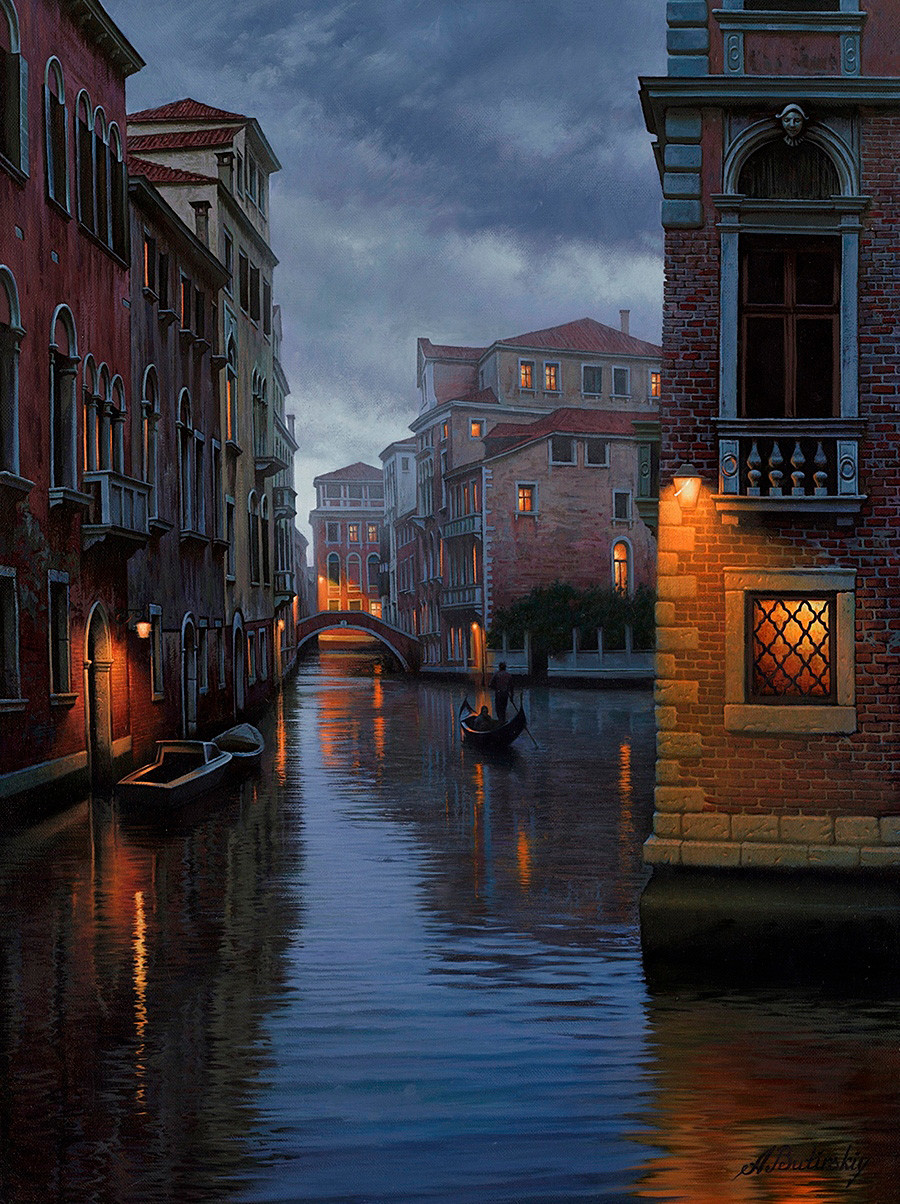 The city in Butirsky’s paintings is always portrayed at night, since only in the dark hours does the true soul of the city emerge from its daytime, noise-induced hibernation. 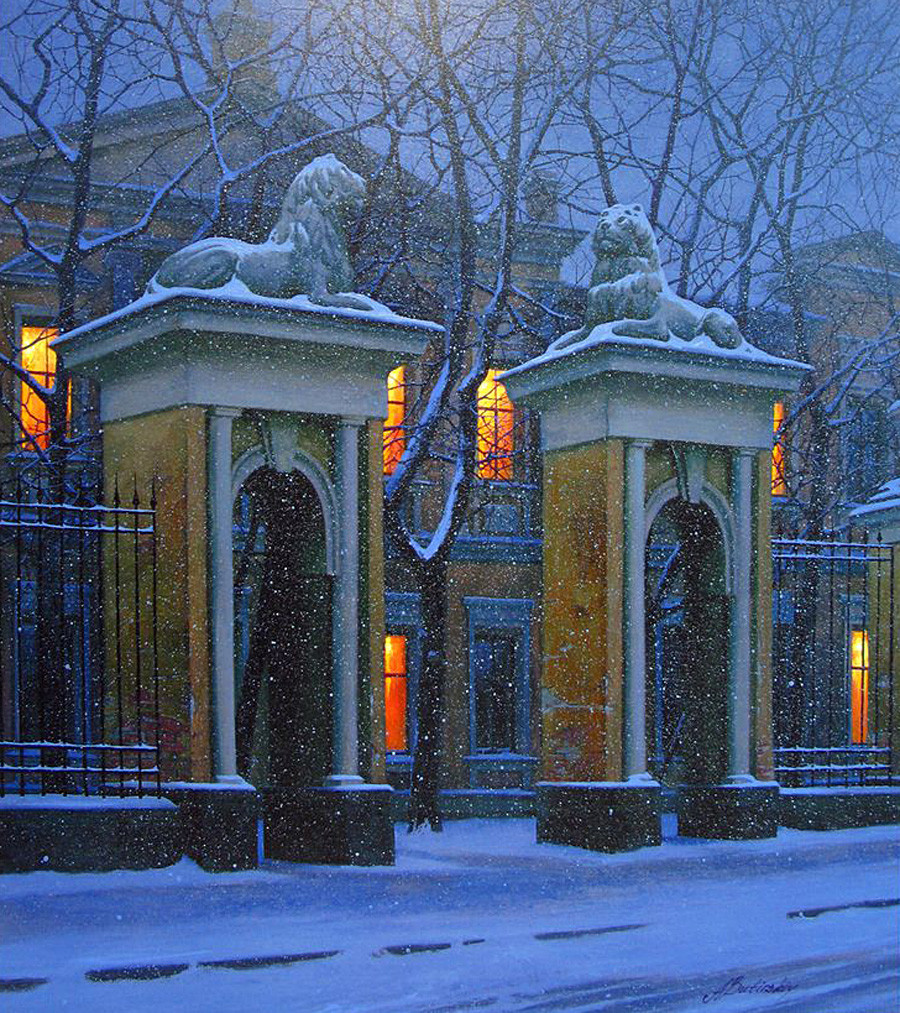 Winter cityscapes give a sense of comfort and coziness. Despite the cold nights and thick layers of snow on the roofs, one can see lights burning in each flat. There is life there. 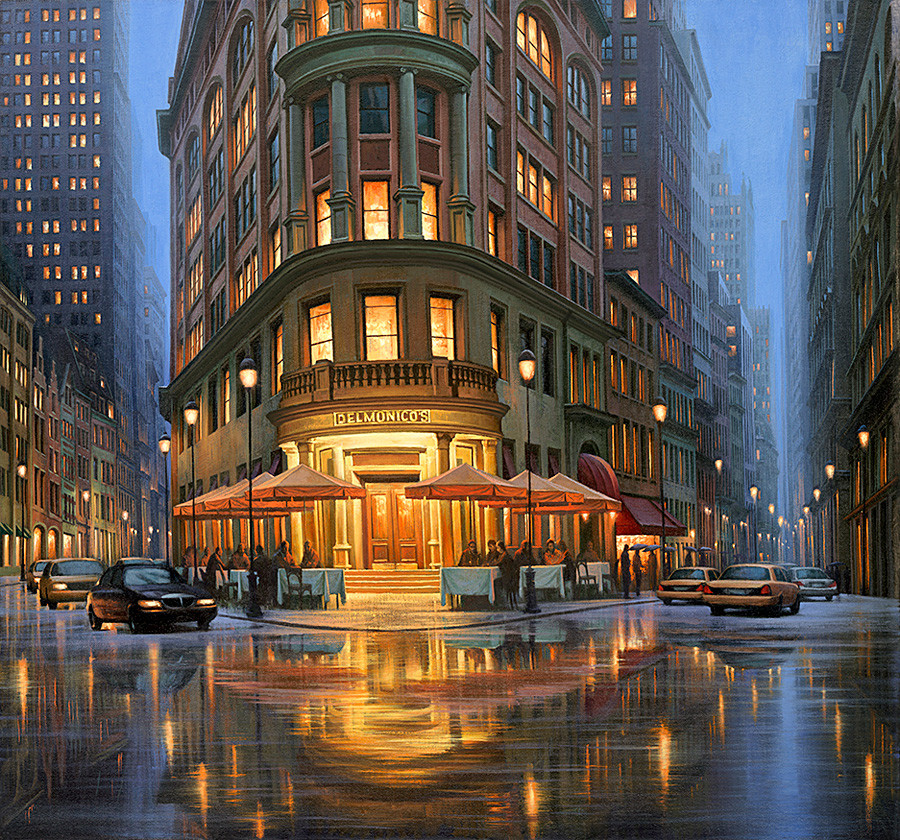 A particular interest for Buturskiy is in depicting city cafes and their clientele. Here, too, the artist doesn’t move away from his style: his streets are quiet and peaceful; several late visitors are sitting in cafes shortly before closing. One feels no fuss, just absolute calmness. 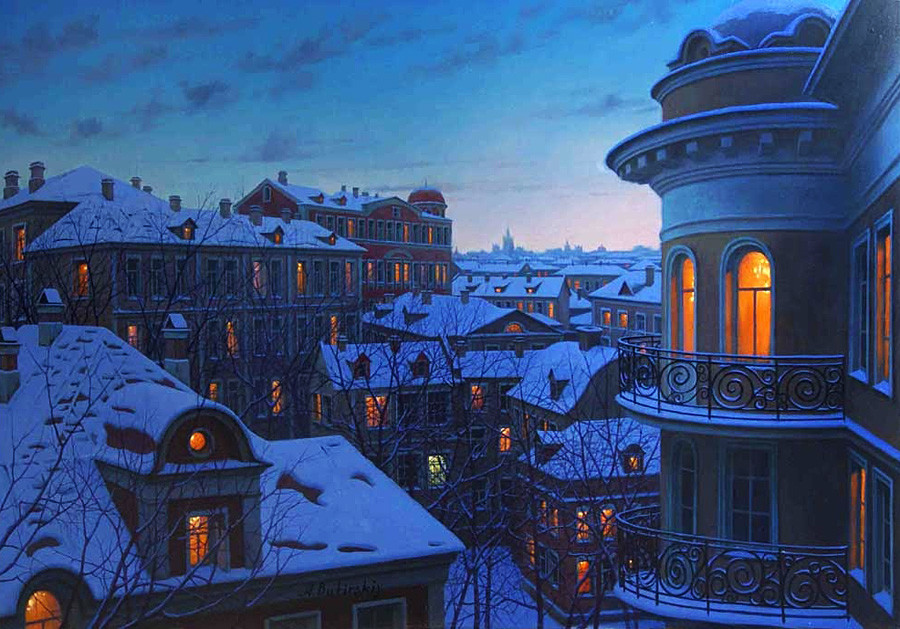 Alexei doesn’t believe in simply copying places. No artist is needed in such case, and a camera is able to the job instead. The most important element, he says, is to memorize the original impression from the place and recompose it in one’s mind. Then the artist transfers his feelings to his paintings and on to the viewers. 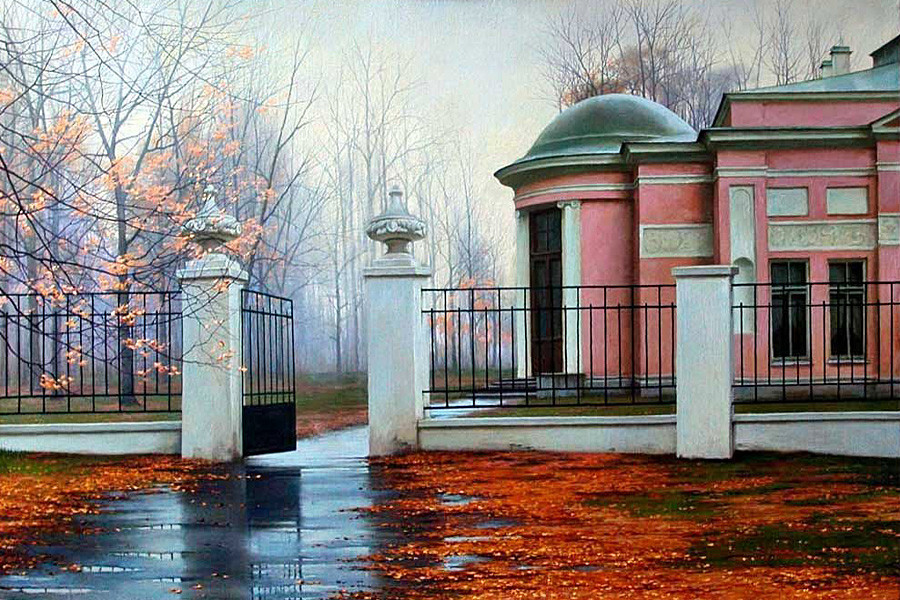 The source of Alexey’s inspiration is life itself. “I find peace and harmony all around me,” he says. 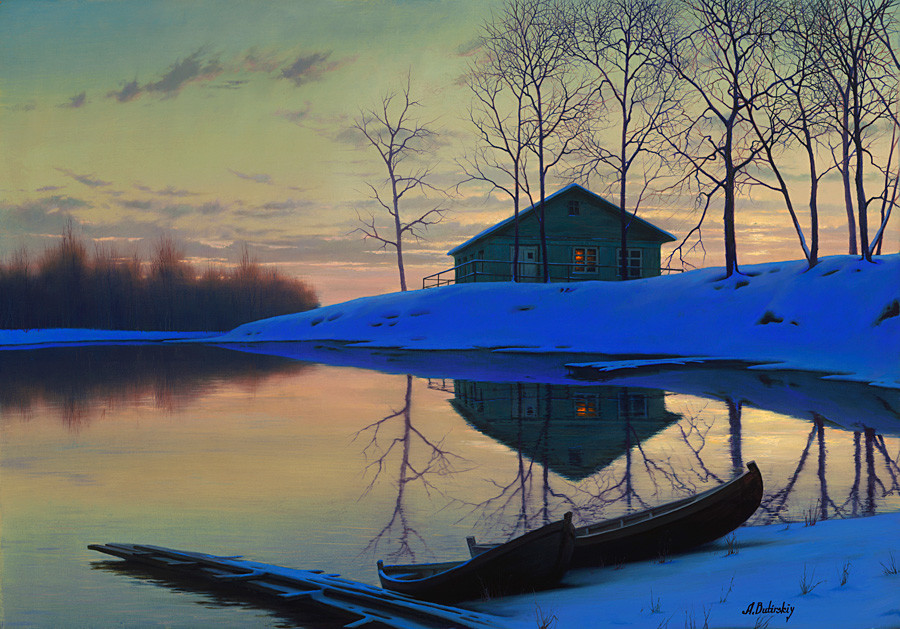 Art critics say that the luminescent qualities and skillful variations of light and dark forces in Butirskiy’s paintings are reminiscent of works by Claude de Lorraine and Caravaggio. 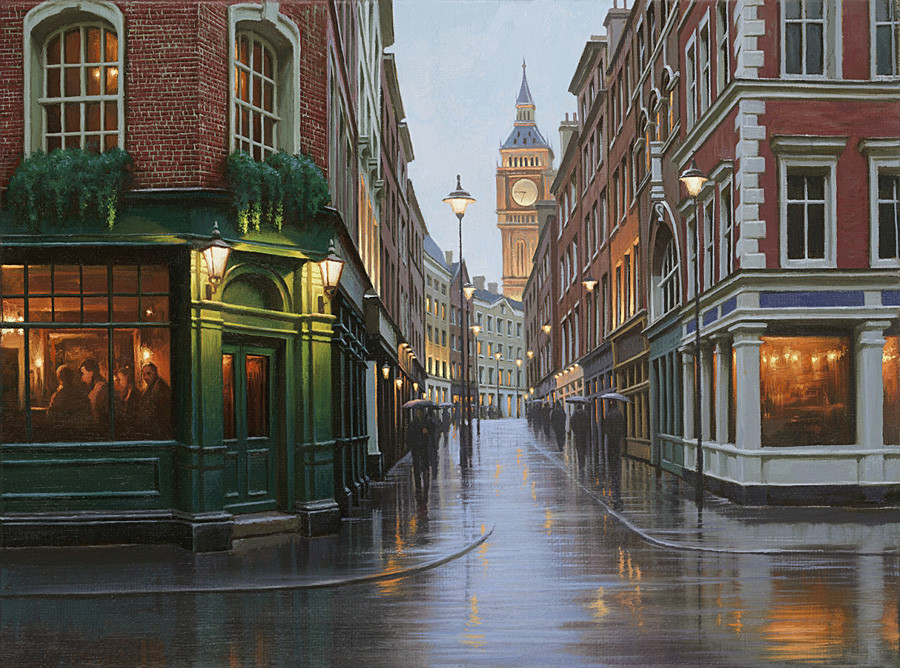 Many of Alexei’s paintings depict heavy rain over the city. Butirskiy says that painting nature with all its many faces is always magnificent. There is no such thing as “bad” weather, he is sure.