Culture
Alexandra Guzeva
British graphic artists Damon Murray and Stephen Sorrell were so charmed by the Soviet Union, Perestroika and Russia that they founded a publishing house specializing in Soviet and Russian topics. In an exclusive, the duo spoke to Russia Beyond about their books, and shared their personal top 5. 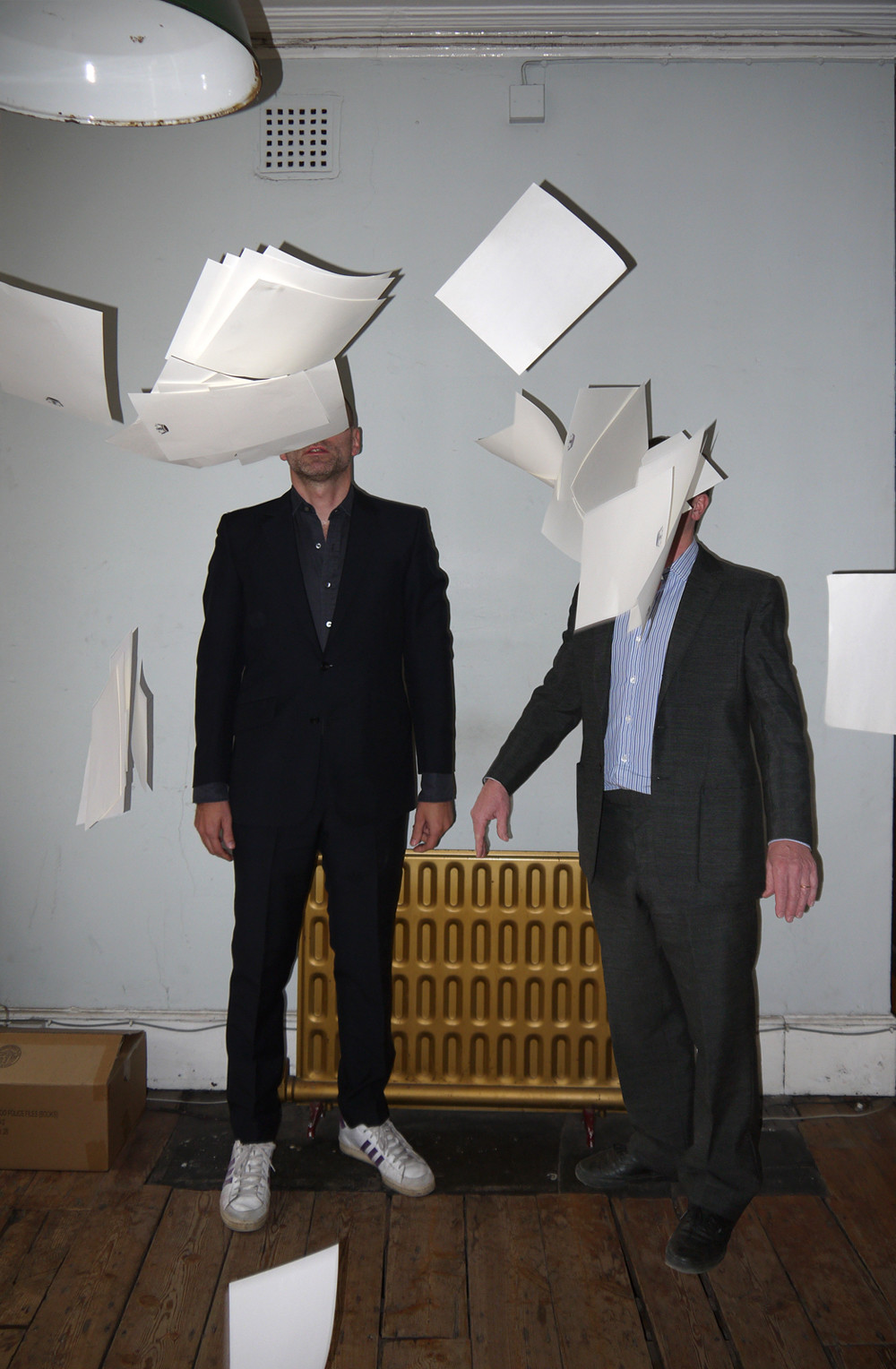 FUEL’s books tend to cover the Soviet period, but they’re not standard facsimiles of classic propaganda. They took unusual approaches. Most Western publishing houses rarely risk taking a chance on books with Russian subject matter because afraid sales will be poor. FUEL, however, is fearless in this regard. They publish what interests them and what bigger publishing houses usually wouldn’t cover.

So how did it all start? In 1991, when Damon Murray and Stephen Sorrell were studying at the Royal College of Art in London, they launched a self-published magazine – FUEL. For each they took a four-letter word and interpreted it graphically. The USSR, which was on the brink of collapse at the time, became one of these words.

In 1992, Murray and Sorrell visited Moscow, and they found it extraordinary to experience Russia's initial interpretation of capitalism first hand. “There was an aesthetic of melancholy and integrity that we sensed then, and found an affinity for, which has resonated with us ever since.”

Since then, they try to visit Russia every year, mostly St. Petersburg and Moscow, which they love, but they’ve also been to “less obvious areas,” such as Perm, and Chelyabinsk.

“We attempt to show the hidden side of Russia, the cultural elements that have never been documented, or at least seen outside of the country,” Murray says. “For various reasons (historical, ideological, linguistic) it is difficult for 'westerners' to comprehend the Russian character. Our books attempt to reveal singular cultural facets in a compelling way, helping achieve a broader understanding. Their common thread is that they give some indication of the depth and spirit of Russia.”

Usually, Murray and Sorrell conceive the ideas for the books, and then they work out the most interesting way of compiling them. They continually try to recapture the exciting, alien landscape that they experienced during their first visit, and to give the reader a sense of it.

“Every time we go [to Russia], we return with new stories that intrigue us, that we hope will do the same for a wider audience.” 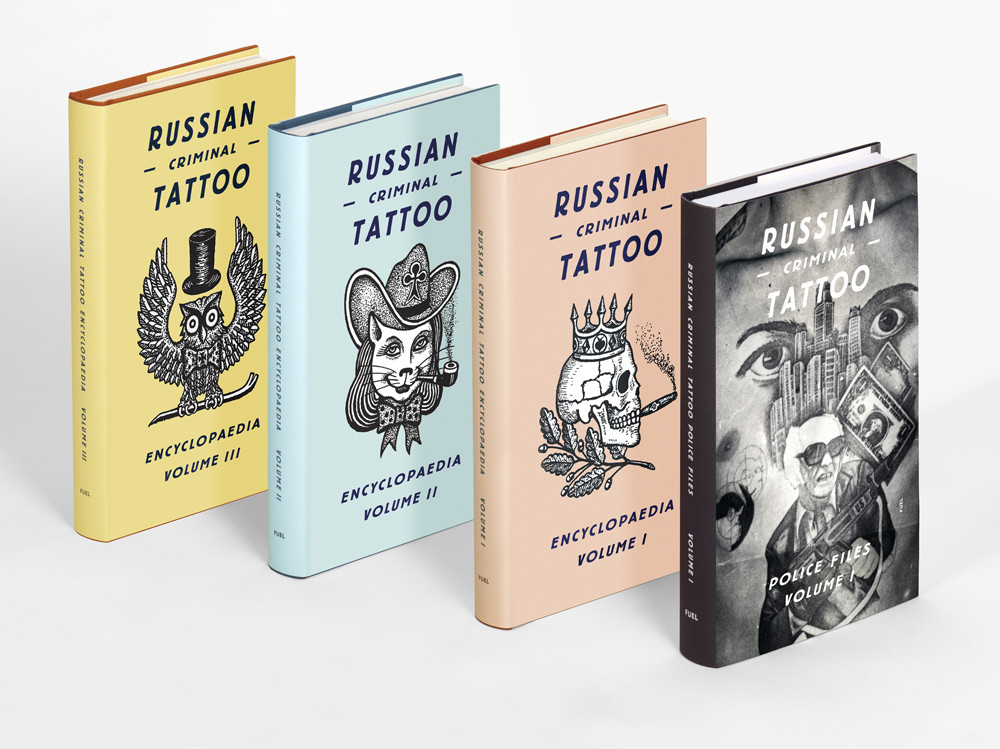 “The first books we published in 2004. They introduced the phenomenon of Russian criminal tattoos outside of Russia, and have made a huge impact on both popular culture and academic studies of the USSR. We have established an archive of the material used in these books that we exhibit regularly (previous exhibitions have included the Saatchi Gallery in London and Max Hetzler Gallery in Berlin). A further release in this series is scheduled for autumn 2018.” 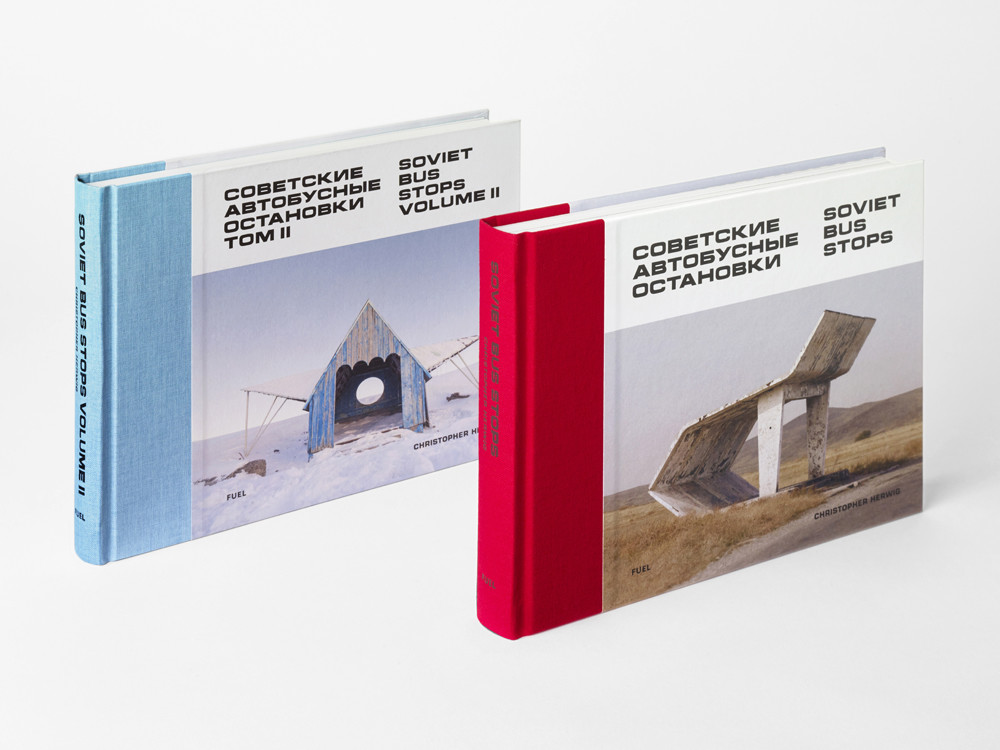 “These books brought to light a little-known architectural gem: the Soviet bus stop. Previously overlooked in favor of more monolithic structures, photographer Christopher Herwig over 30,000 km across 14 former Soviet republics, collecting examples of this extraordinary ‘small-form architecture.’ Standing as far-flung outposts of the Soviet empire, these books show how improbably creative and varied a bus stop can be.” 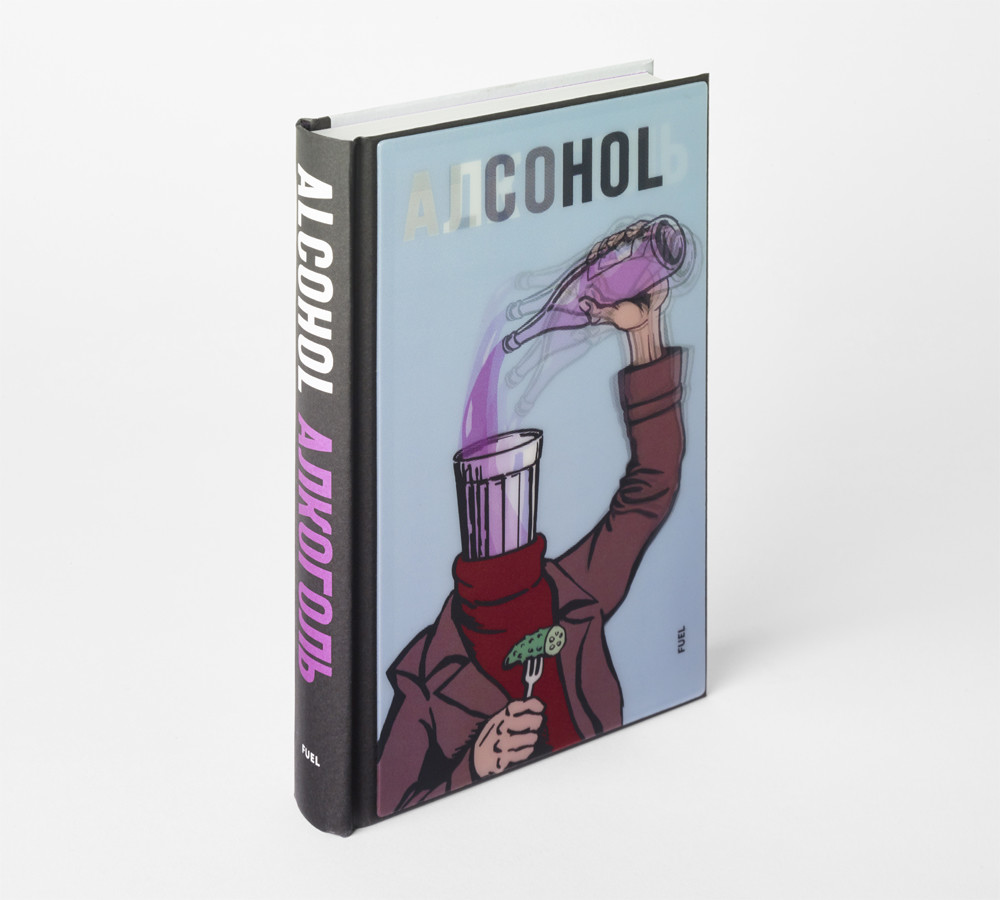 “This book presents an exhaustive collection of previously unpublished Soviet anti-alcohol posters, with items ranging from the 1960s to the 1980s, but focusing on those produced during the Mikhail Gorbachev campaign initiated in 1985. The posters depict drinkers as dangerous elements – paralytic freeloaders and shirkers who drive under the influence; they are violent, black marketers and desperate cologne drinkers. The book’s cover is a  animated lenticular, which allows the figure to ‘pour’ his drink.” 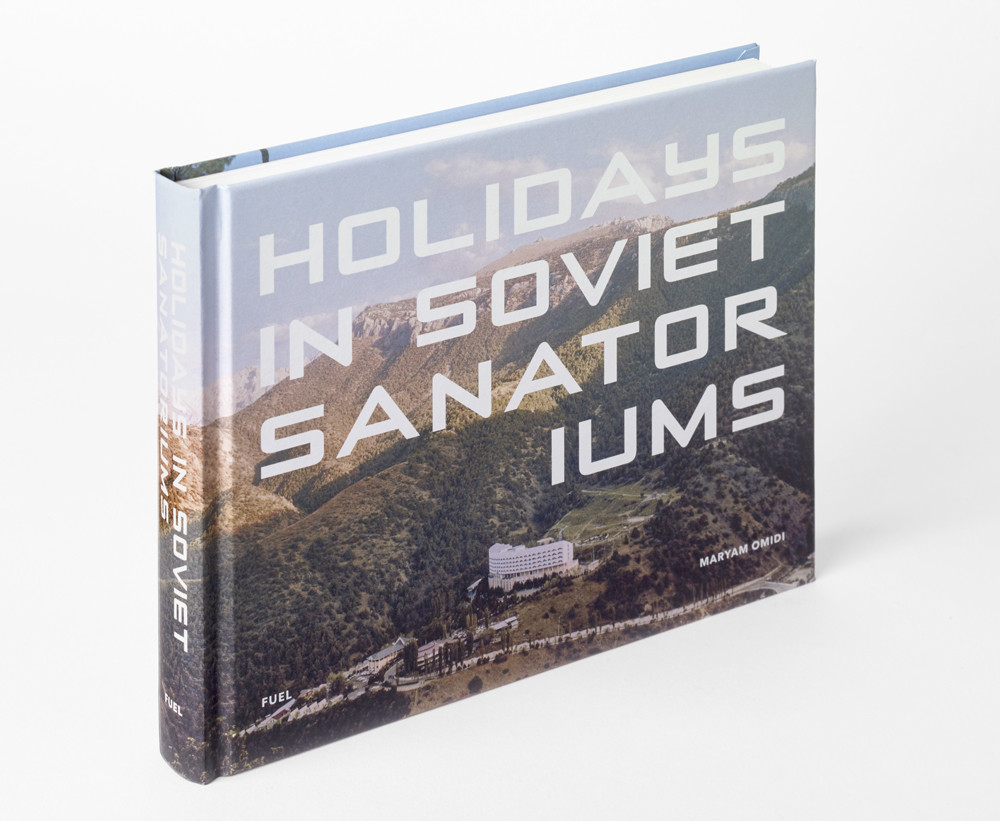 “Another ‘undiscovered’ part of Soviet reality, the sanatorium, was an institution initially constructed as a place where the worker could go on holiday courtesy of a state-funded voucher system. A combination of medical institution and spa, sanatoriums were among the most innovative buildings of the time. A team of eight photographers the former Soviet republics (and Russia itself) to document the sanatoriums’ amazing array of treatments and dramatic architecture.” 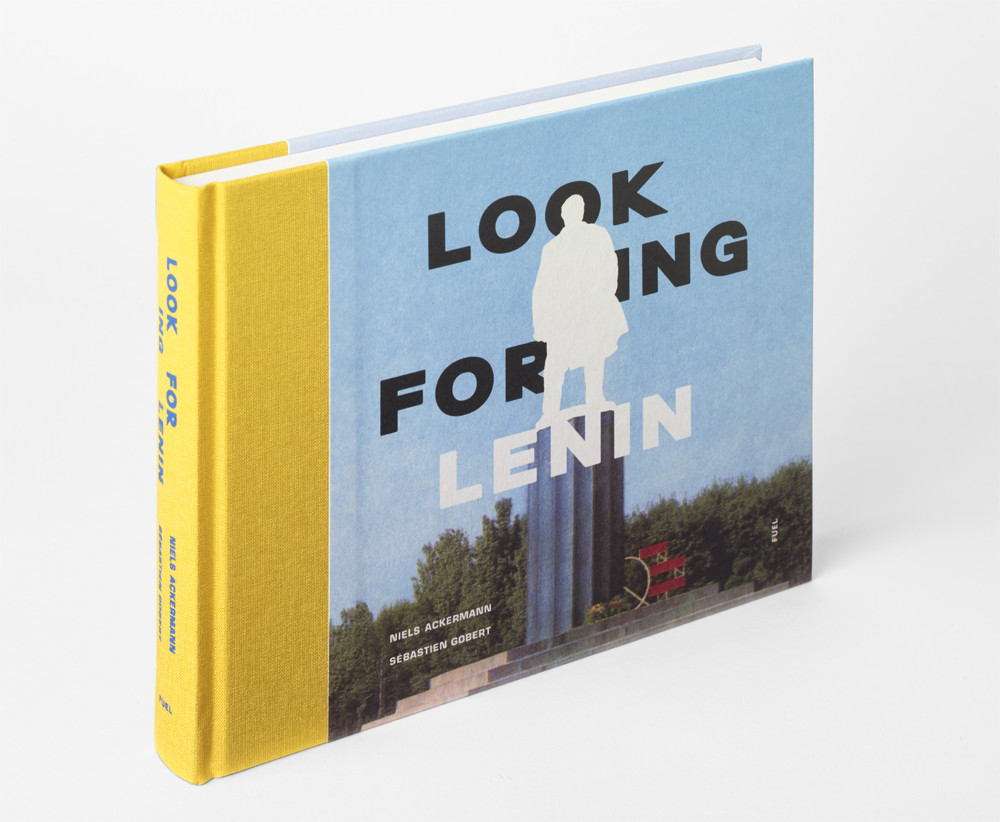 “Since the decommunization laws of 2015, Ukraine has toppled all 5,500 of its Lenin monuments. In this book, photographer Niels Ackermann and journalist Sébastien Gobert document the inglorious fate of these Soviet statues, following their often violent removal. They have been cut into pieces, daubed with paint, turned into a Cossack or Darth Vader. Yet despite every attempt to reduce their status, the monuments retain a sinister quality, resisting all efforts to separate them from their history.”