6 Moscow train stations that are temples of art, architecture and history

Culture
Vladimir Kozlov
Since the late 19th century Moscow has been the center of Russia’s vast railroad network, and the history of the city’s main train stations, mostly built around the turn of the 19th and 20th centuries, has been closely interwoven with that of the country’s development. Here’s a look at some of Moscow’s most iconic train stations. 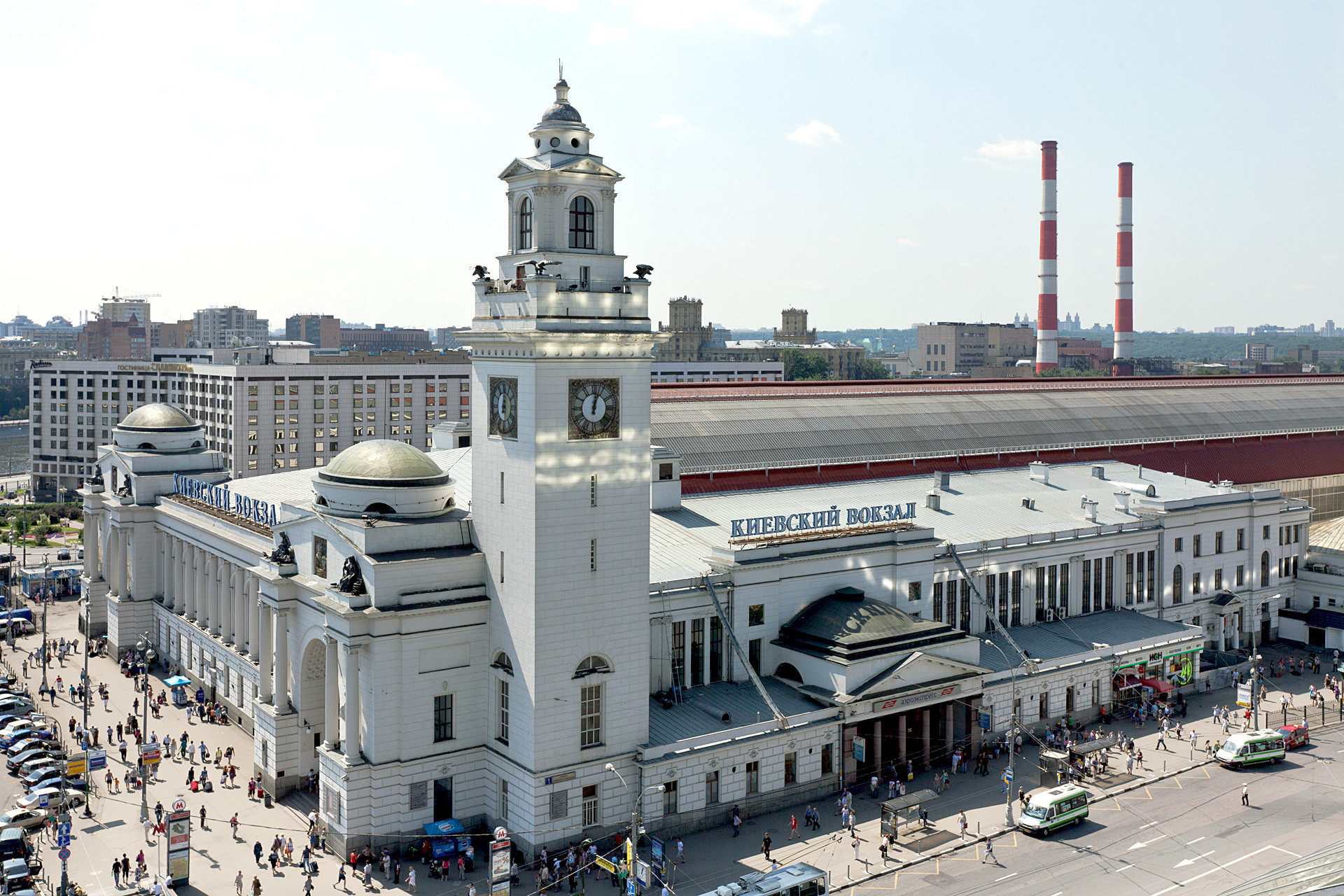 The site of the current Kievsky train station has been connected with passenger transportation for centuries. In the late 16th century, Dorogomilovskaya Sloboda housed people who worked in the horse carriage industry. So, the choice of site for a railway station connecting Moscow with Bryansk, and Kiev in the late 1890s didn’t surprise anyone.

The current building was conceived as a monument to mark the 100th anniversary of Russia’s victory in the 1812 war against Napoleon. The project began in 1912 when the old station building, which lasted less than two decades, was torn down. Legend has it that Muscovites hated the old station, mocking the railway company’s stinginess, and comparing it to a village hut.

The present building, which mixes elements of the Empire Style and Neo-classicism, was designed by architect Ivan Rerberg. The most innovative part of the station, a glass arch roof over the platform, is the product of renowned engineer Vladimir Shukhov, who is most famous for an early television tower in central Moscow.

Construction began in May 1914, just weeks before the outbreak of the First World War, and continued throughout the 1917 Bolshevik revolution, finally completed in 1920. Originally dubbed Bryansky, the train station was given its present name in 1934. 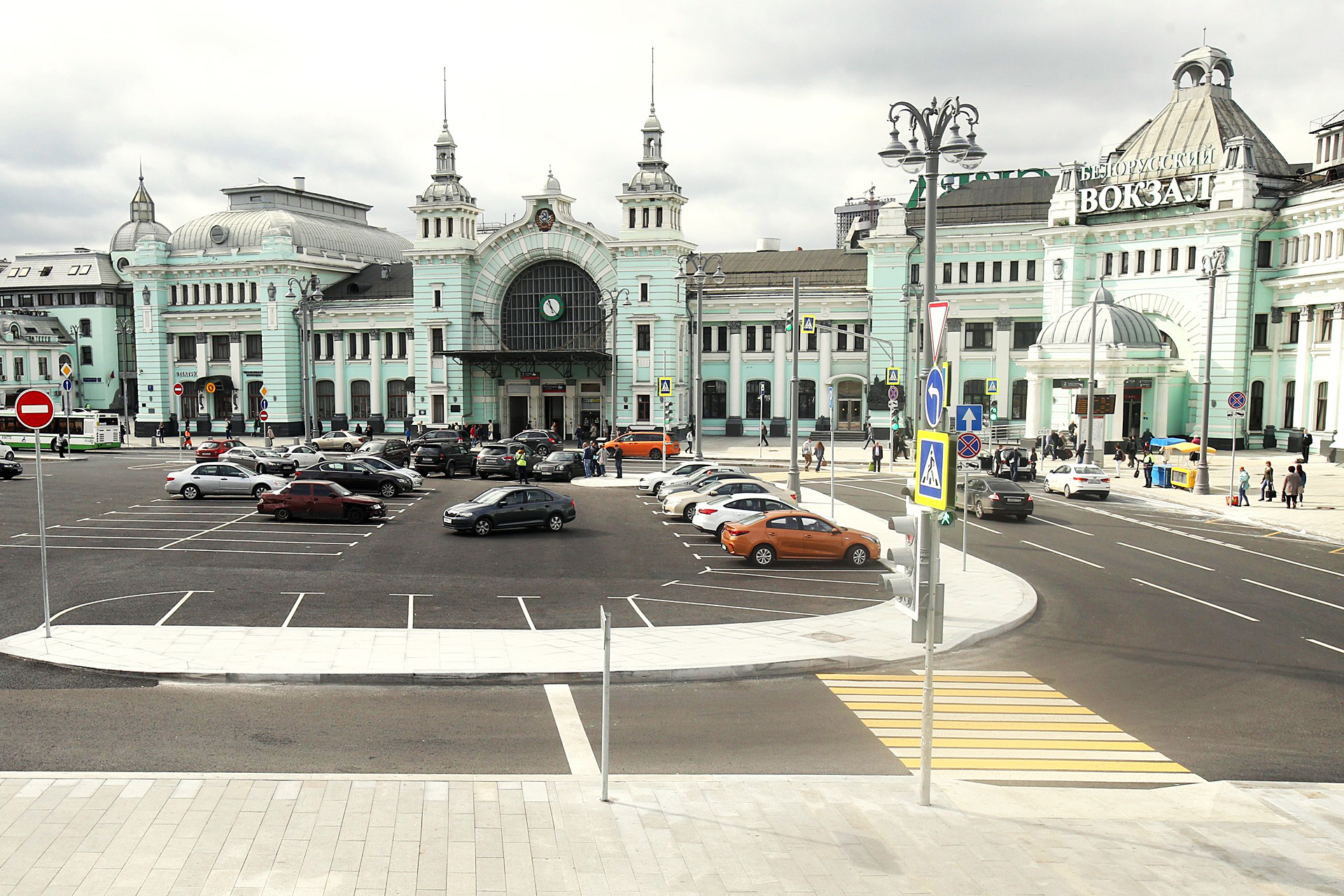 The Belorussky Train Station is sometimes referred to as Moscow’s "window to Europe" because the trains run to and from Paris, Warsaw, and Berlin. Opened in 1870, it has since changed names several times, and in different periods was known either as Smolensky, Brestsky or Alexandrovsky train station before acquiring its present name in 1936.

Belorussky has been the backdrop for several major historical events. In 1896, an Imperial pavilion was built at the station for the reception of Tsar Nicholas II, who had arrived in Moscow for his coronation.

In Soviet times, people gathered here to greet legendary aircraft test pilot Valery Chkalov after his record-breaking flight in 1937 from Moscow to Vancouver, (Washington State, U.S.) via the North Pole. Also, from Belorussky troops were sent to the western front during the Second World War, and those who survived the war arrived at this station much fanfare and celebration in 1945.

The current building was designed by architect Ivan Strukov and inaugurated in 1912. 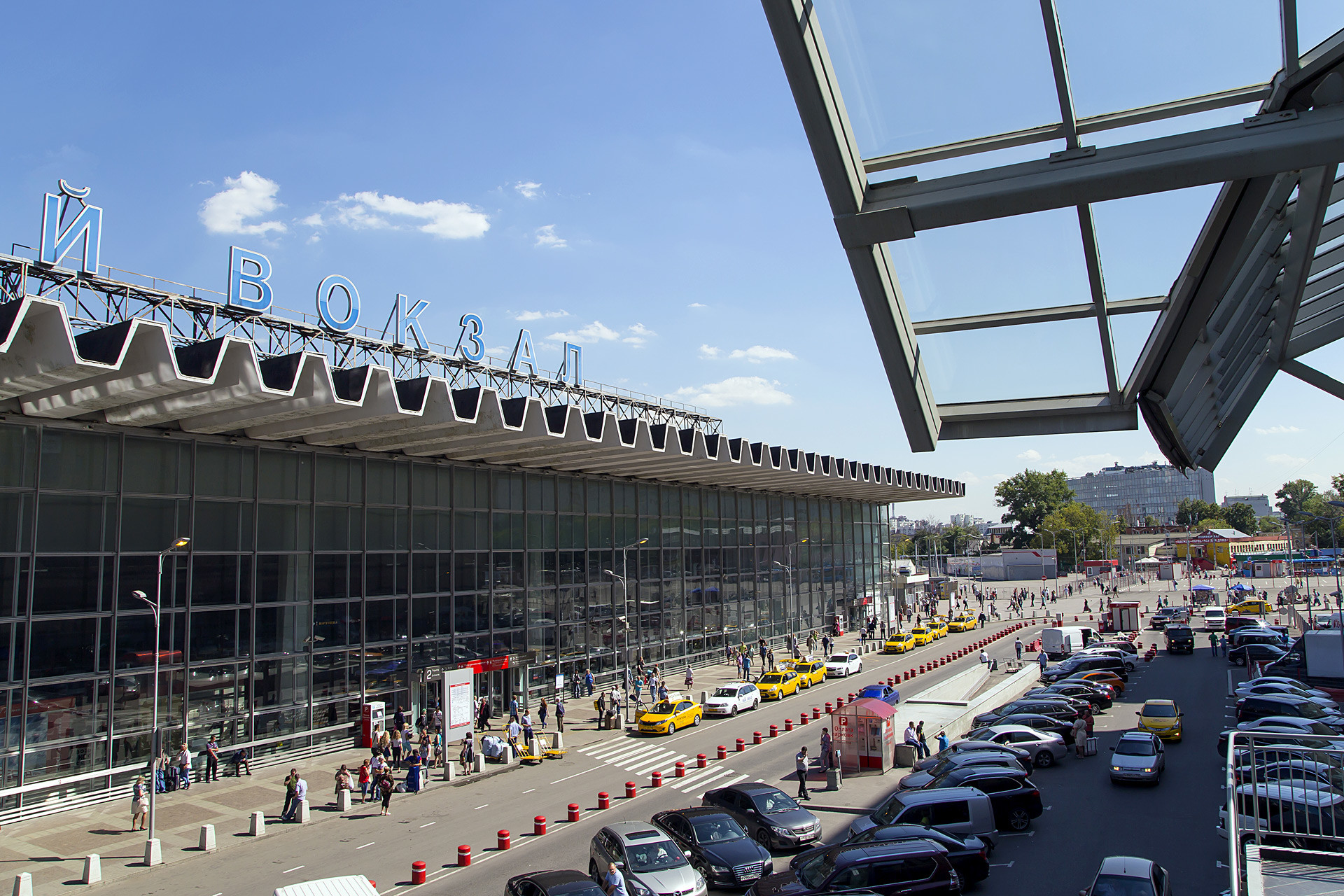 The railway boom of the 1860s was partly triggered by Russia’s disastrous Crimean war, during which the troop movements were slowed by poor dirt roads. As a result, the Main Russian Railway Society was created in 1857 to develop the country’s rail network, with French engineers hired to do the job.

One of the company’s projects was the construction of railways connecting Moscow with Nizhni Novgorod, Kursk and Murom. Kursky Train Station was built in 1896 to serve those lines, and when reconstructed in 1938, most of the original design was preserved.

In 1972, a group of young architects put in charge of a major makeover, and they drew inspiration from Rome’s Termini. As a result, a contemporary glass façade was added, completely obscuring the historic building.

Kursky then stuck out as an eyesore compared to the city’s other train stations that dated to the late 19th and early 20th centuries. But it wasn’t the end of Kursky’s misadventures, and in the early 2000s the entire building was obscured by the huge Atrium shopping mall, erected between the train station and the Garden Ring. 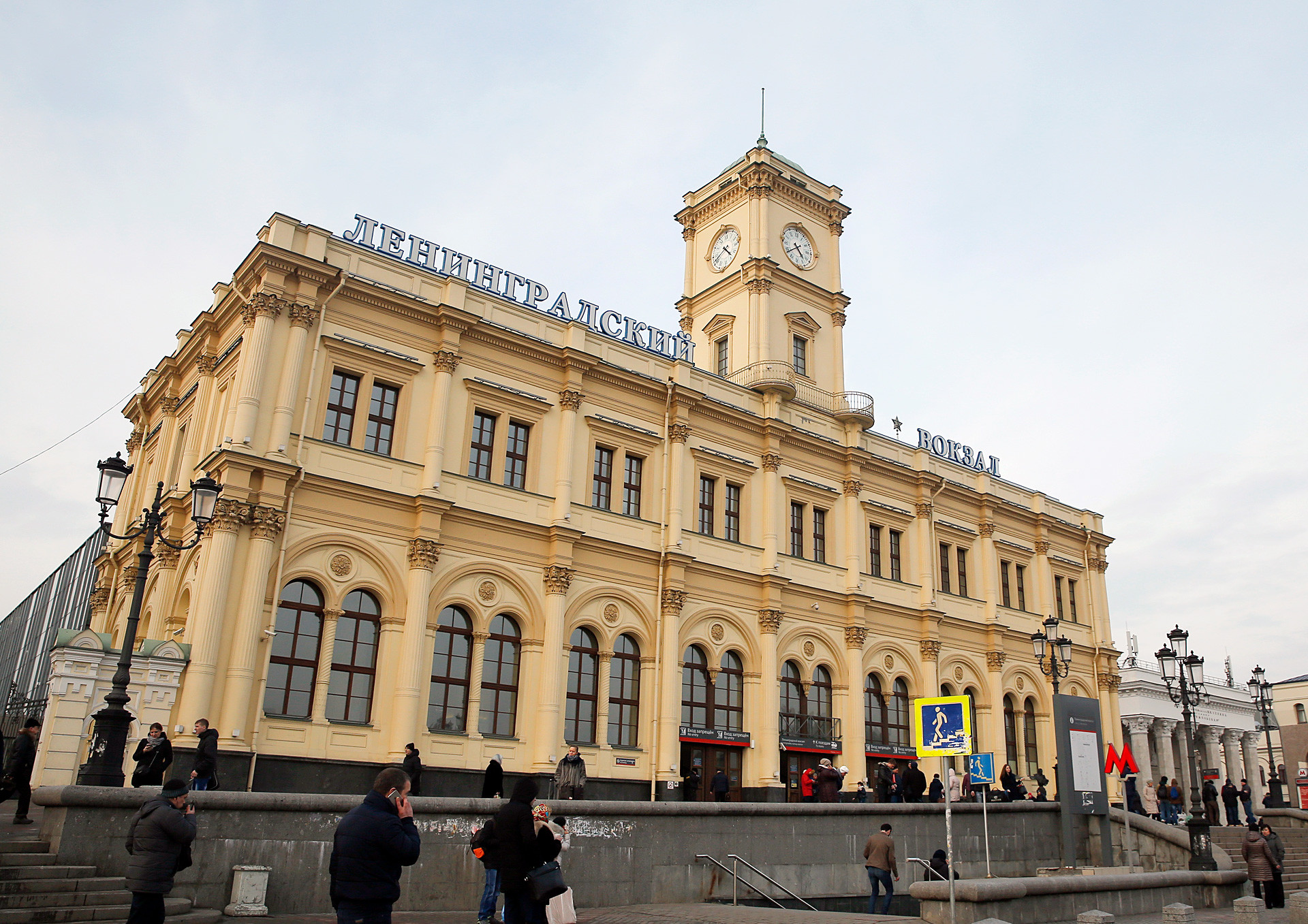 Moscow’s first train station, formerly known as Nikolayevsky in honor of Russia’s Emperor Nicholas I, symbolizes the country’s early period of rail development in the mid 19th century. At that time, a railway first connected Moscow and St Petersburg. Incidentally, this railway was built under the supervision of American engineers.

Two identical station buildings were erected in the empire’s two major cities. The station in St. Petersburg is currently known as Moskovsky. Meanwhile, the station at the other end in Moscow was completed in 1849. Trains connecting Russia’s two capitals began to operate in 1851.

In the mid-2000s, Russian Railways, the national railway company, announced that the station would be returned its original name, Nikolayevsky, but nothing came out of the idea, and the station is still known as Leningradsky. 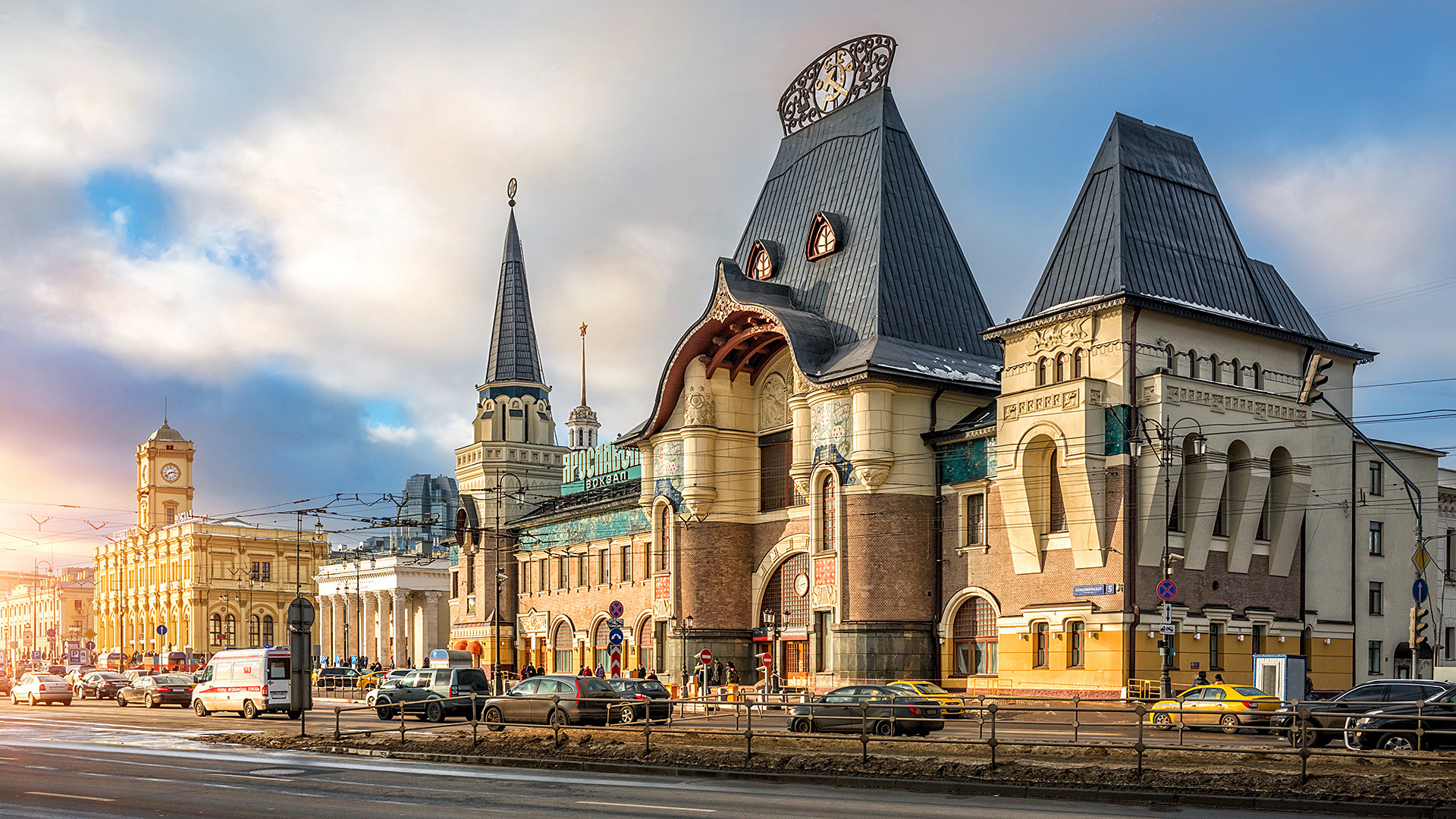 The site of the Yaroslavsky Train Station was once home to the Artillery Court – a weapons factory and warehouse. During the 1812 war against Napoleon’s army, it burned down due to explosions caused by stored ammunition.

The first building of the Yaroslavsky (then Troitsky) appeared in 1862 and originally served a short stretch of railway between Moscow and Sergiev Posad. As the railway was expanded further north, the station was given the name Severny ( but was renamed back to Yaroslavsky in 1955. A new building was erected in 1904, designed by famous architect Fyodor Shekhtel in a style inspired by medieval Russian architecture.

Incidentally, several people involved in the construction of both the railway and the station had connections to Russian literature. Engineer Fyodor Chizhov, who oversaw the project, was also Nikolai Gogol’s editor and executor of his will. One of the company’s main shareholders financing construction was Andrei Delvig, a nephew of poet Anton Delvig. 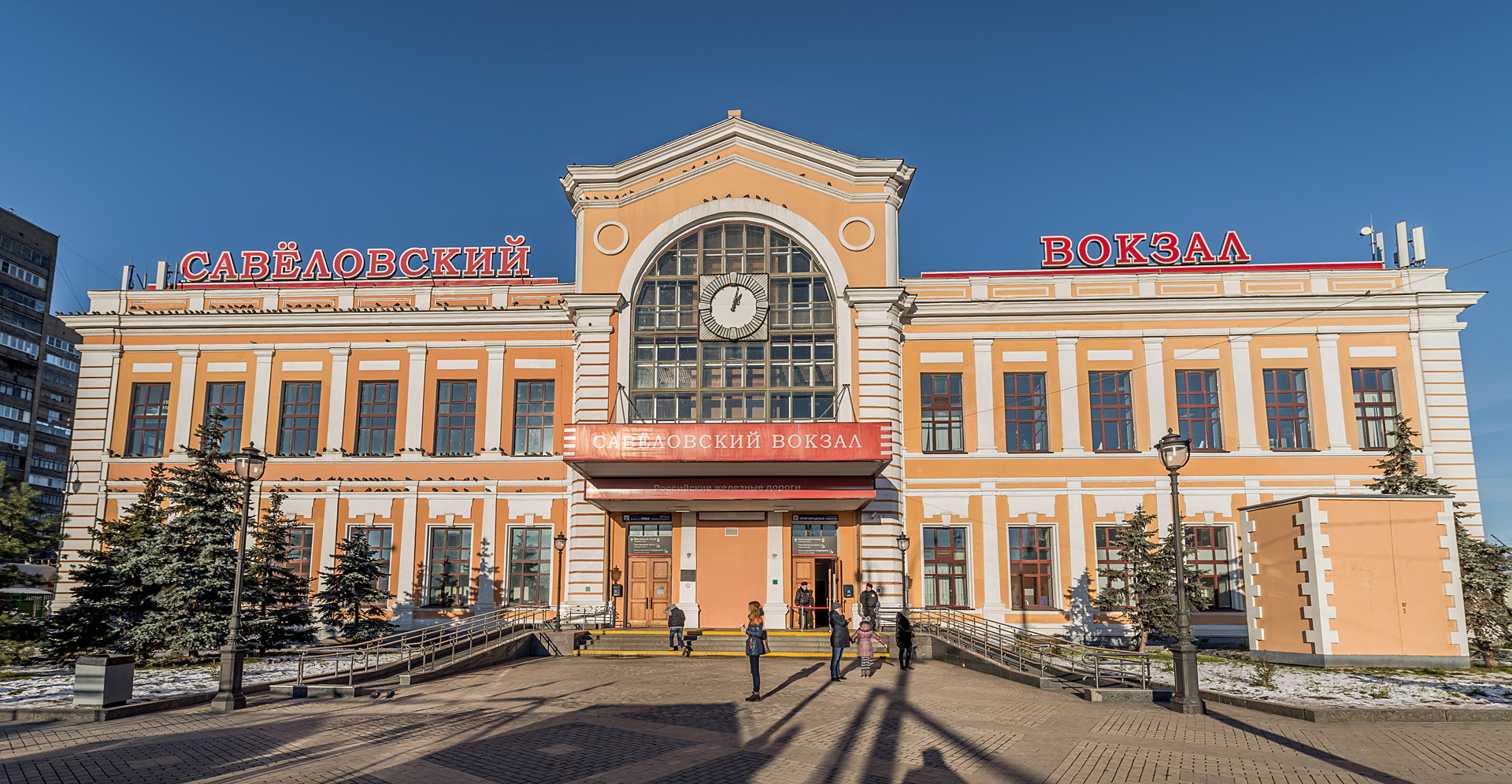 Savelovsky is Moscow’s only train station named after a small town, Savelovo, (as opposed to Kiev or Kazan, which are major cities). The idea to build a 130-kilometer railway connecting Moscow to Savelovo came from prominent entrepreneur and philanthropist Savva Mamontov, who was head of the Moscow-Yaroslavl Railway Society in the late 1890s.

The future station’s site was beyond the city limits, which made the land and project much cheaper. The Moscow City Duma, however, soon expanded the city limits to include the area. As a result, construction became more expensive and was marked by delays and revisions of the original design. Eventually, another railway company planned to buy the already constructed stretch of railway and move the train station elsewhere, but the project flopped.

Savelovsky was finally opened in 1902. In the early 2000s, there were plans to completely close it with another train station, Rizhsky, but this never happened. Today, Savelovsky only serves commuter trains, while regional trains bound for Uglich and Rybinsk have been moved elsewhere.