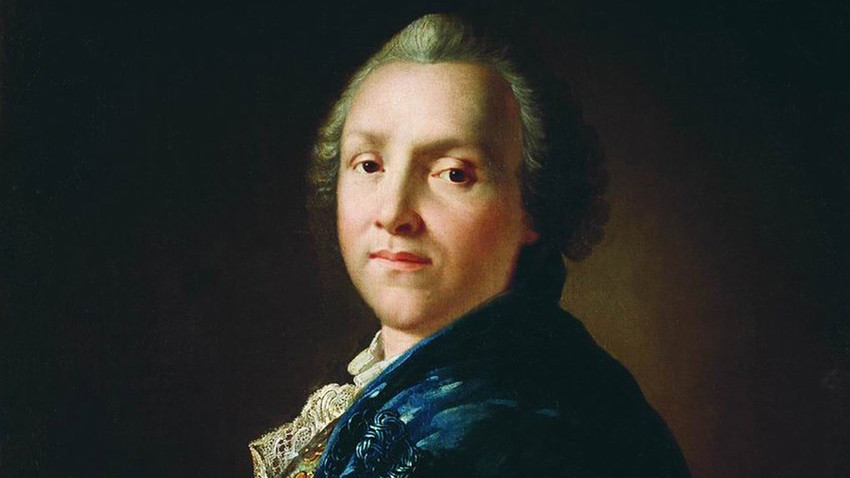 The State Russian Museum
He was not an easy man to get along with and even had differences with Catherine the Great.

Alexander Sumarokov came from an old noble family. He was a director of the Russian Theater and published Russia's first private magazine Trudolyubivaya Pchela (The Hard Working Bee). His masquerade production of The Triumphing Minerva dedicated to Catherine's the Great coronation, earned him a title.

However, Sumarokov became too self-confident and asked for a huge amount of money to finance a foreign theatrical tour. The Empress was not impressed, and he started to lose his influence.

Sumarokov left a great dramatic and poetic legacy. He was one of the first Russians to translate Hamlet, he wrote classical odes, epigrams, and fables. He was one of the first to bring into literature an historical plot, such as for the False Dmitry I and Times of Trouble. His historically based plays were popular in the 18th-century theater. Sumarokov also wrote 12 comedies and even created a libretto of the first Russian opera Cephalus and Procris based on Ovid's Metamorphoses.

Sumarokov's daughter Catherine was the first Russian poet to have her works published.