The 5 brightest masterpieces by 'Russia's Gaudi' 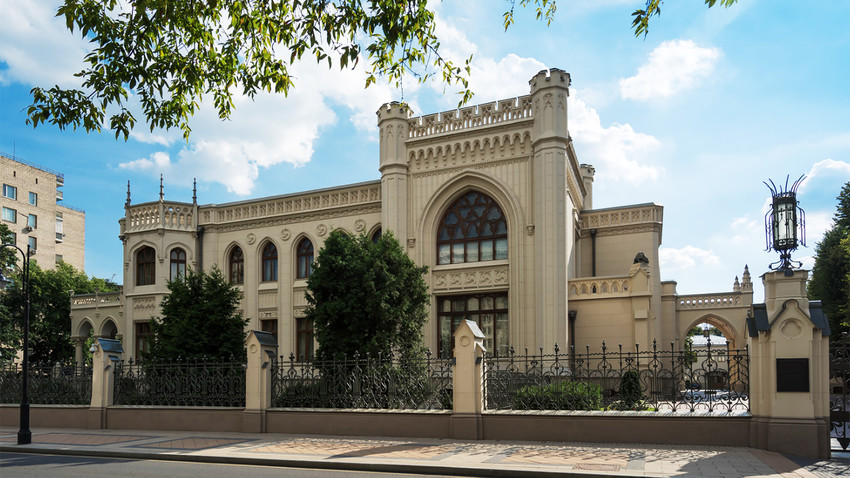 Vladimir D'Ar
Extreme originality and a certain level of madness – these are the traits that unite Spanish architect Antoni Gaudi and his Russian colleague Fyodor Schechtel.

Fyodor Schechtel, the brightest star of Moscow’s Art Nouveau scene at the beginning of the 20th century, admitted that he followed Antoni Gaudi's work with great interest. The architects were well acquainted and sometimes met to exchange ideas. Gaudi was almost 20 years older and undoubtedly influenced Schechtel. So, where can one find the “Russian Gaudi’s” most beautiful buildings, which continue to astonish visitors from all over the world? 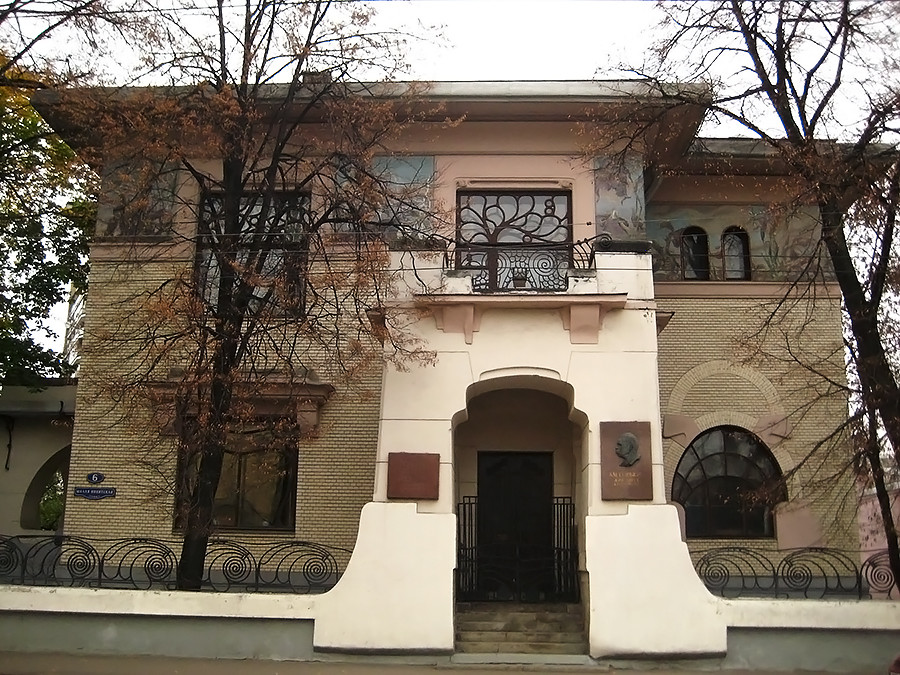 This is one of the most unique pads in Moscow. Originally built on the order of banker SP Ryabushinsky, the house ironically became the last home of Soviet writer Maksim Gorky.

The wave-like staircase holds court as the house’s main interior feature, and the underwater theme continues in the style of the walls, ceiling decorations, windows, doors, door handles, and the stained-glass windows. 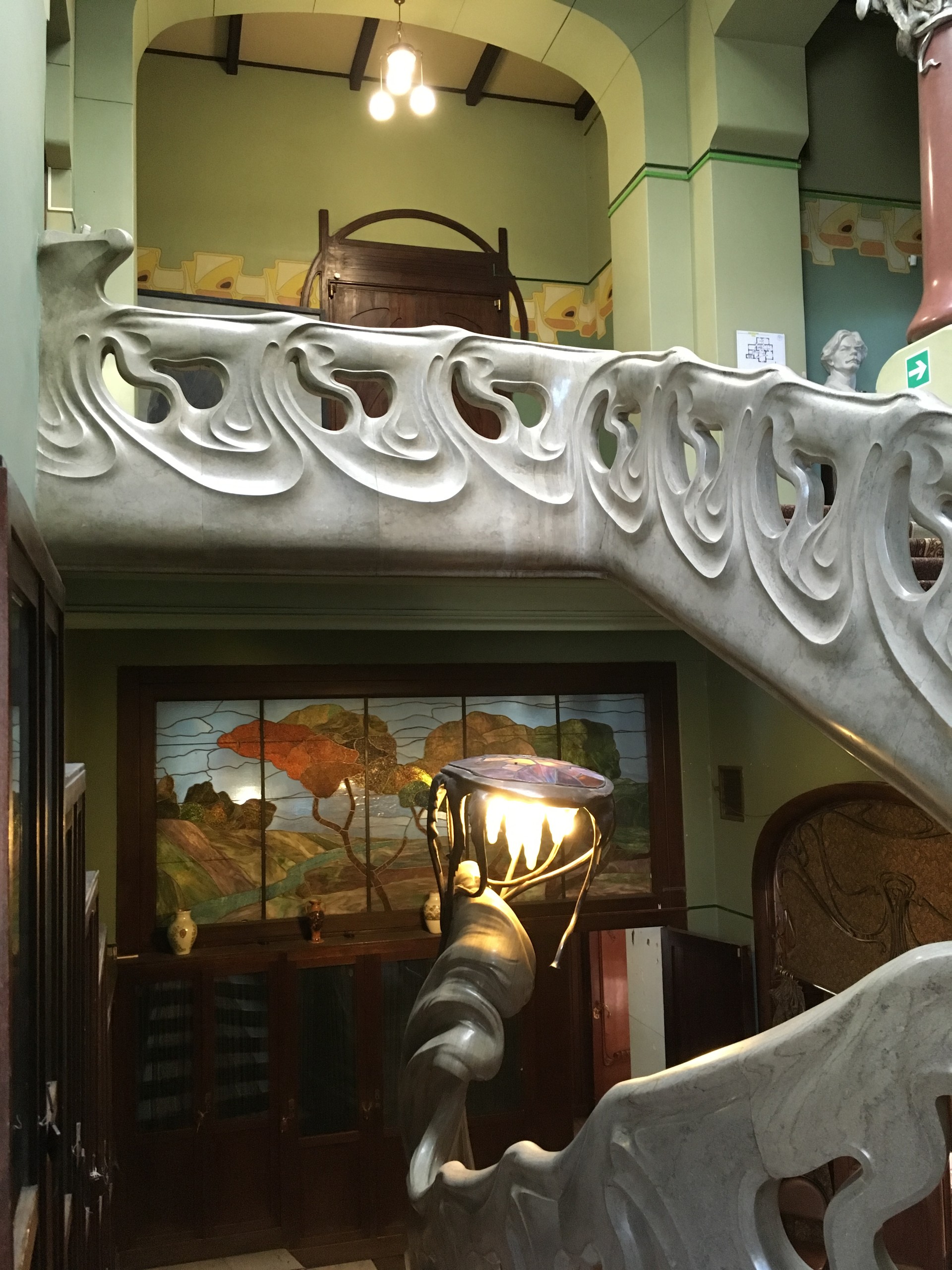 Some visitors say the staircase reminds them of the one in Gaudi’s Casa Batllo in Barcelona. 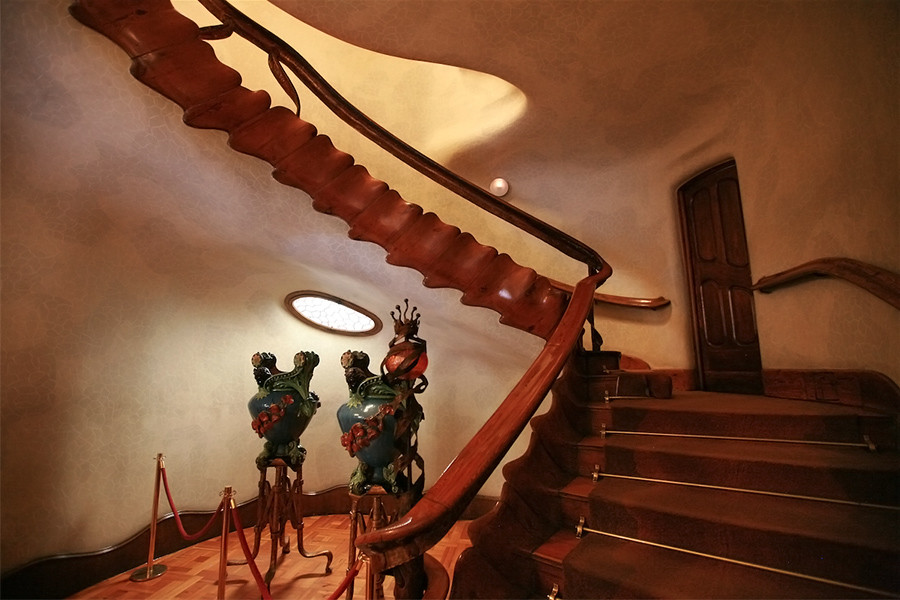 This posh mansion, that today serves as a reception house of the Russian Foreign Ministry, was one of the first buildings designed by Schechtel. Russian millionaire and the house’s commissioner, Savva Morozov - who graduated from the University of Cambridge - wanted the mansion to be built in the English neo-Gothic style. 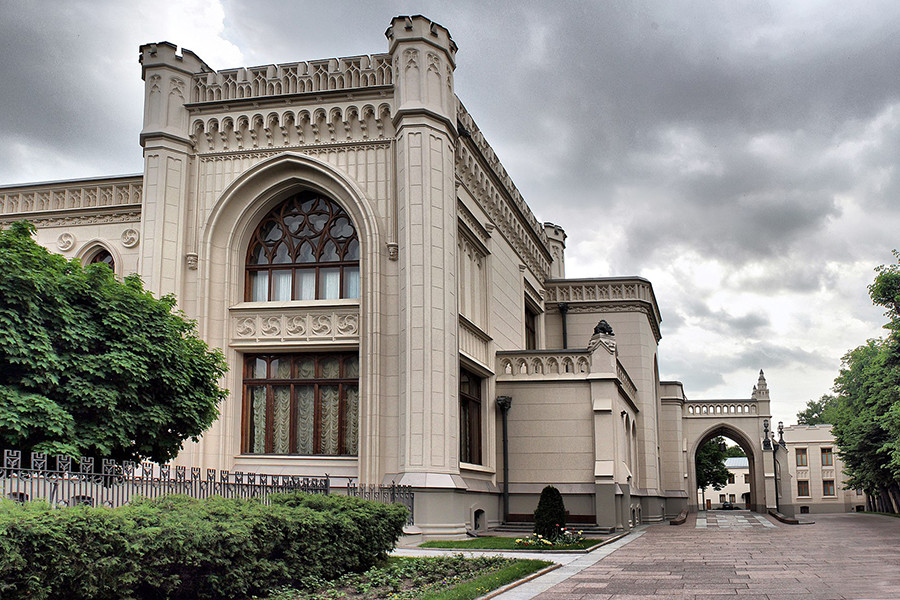 Aside from this request, Schechtel was completely free to design the house as he wanted and collaborated with Russian painter Mikhail Vrubel. Together they came up with all the interior details, creating a unique and luxurious atmosphere.

The most astonishing fact is that Schechtel designed and built the mansion without having any architectural education. He was forced to quit the School of Painting, Sculpture, and Architecture in order to take care of his sick mother. He subsequently worked for several architectural workshops, illustrated books, and drew theater decorations. 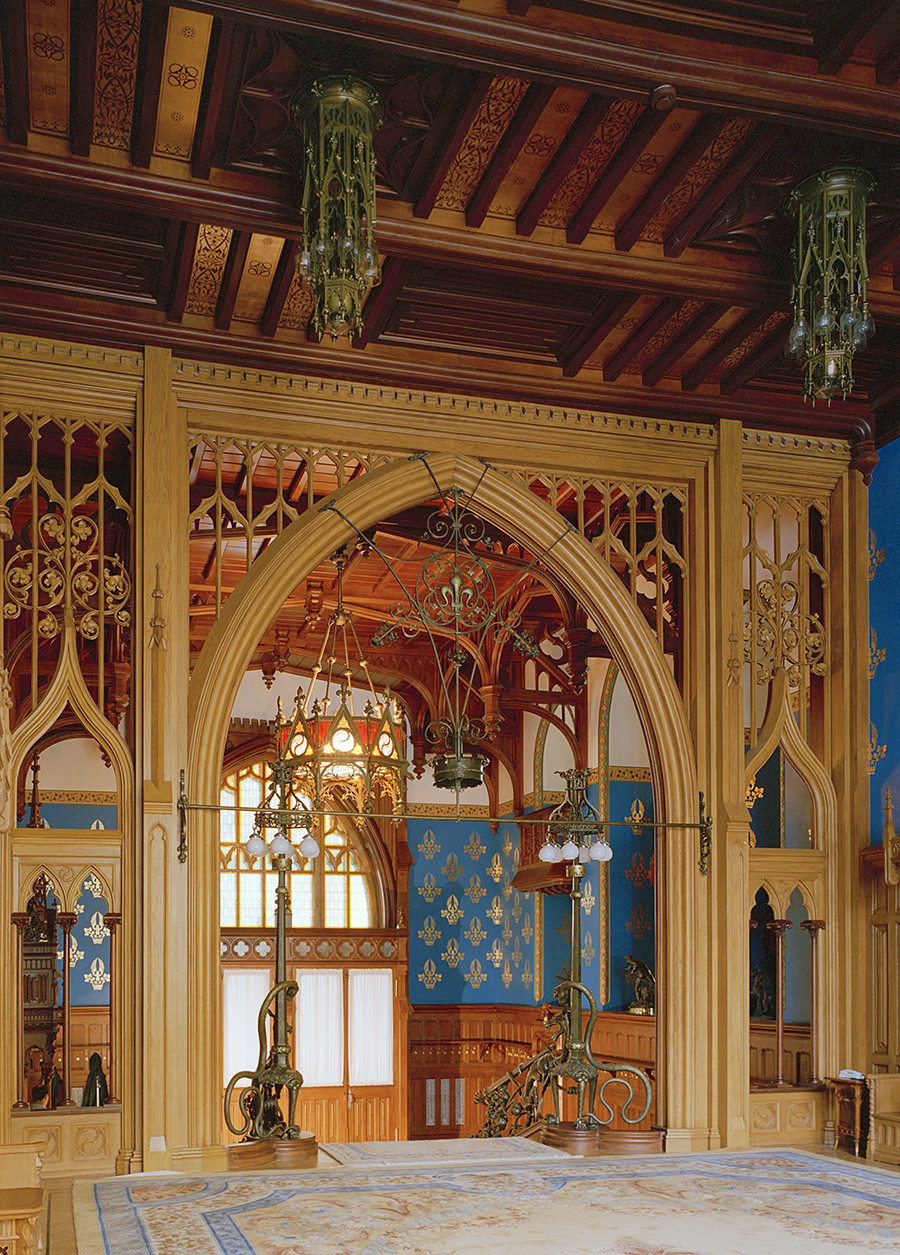 So it was a big moment when Morozov invited him to work on this project. By that time, Schechtel has already constructed Morozov’s dachaon the banks of the Kirzhach River. The architect finally received a qualification at the age of 35: A civil engineering diploma. 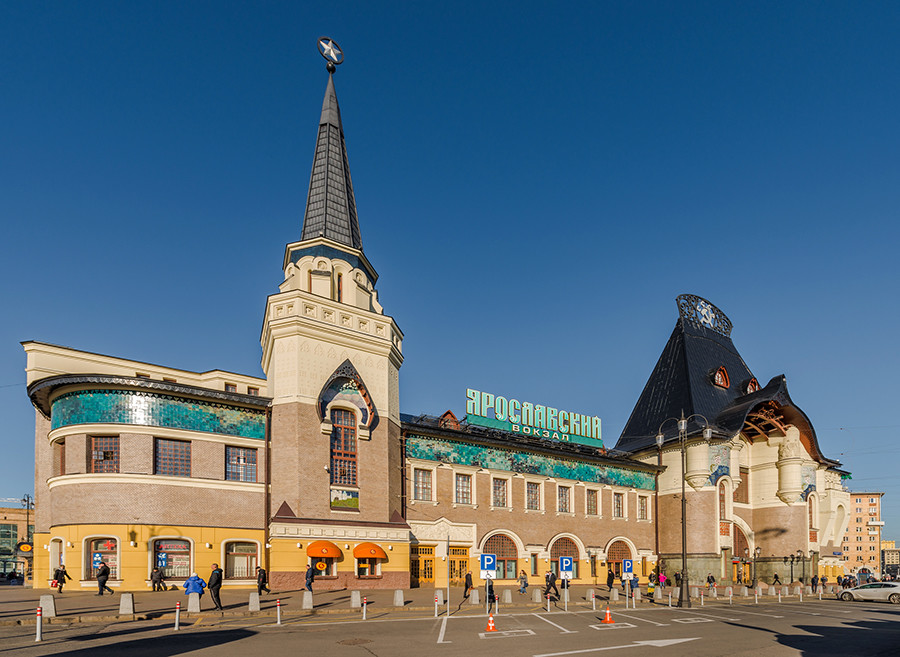 Yaroslavsky station connected Moscow to the White Sea and Russia’s northern provinces, so Schechtel chose a novel Russian style for this project.

In this building complex architectural solutions are combined with simple design, and as a result it looks more like a palace from a Russian fairytale as opposed to a railway station.

The windows, green mosaic friezes, and floral ornaments also show the architect’s love of the Art Nouveau style. Make sure to check out the bas-reliefs with animal motifs inside the building. 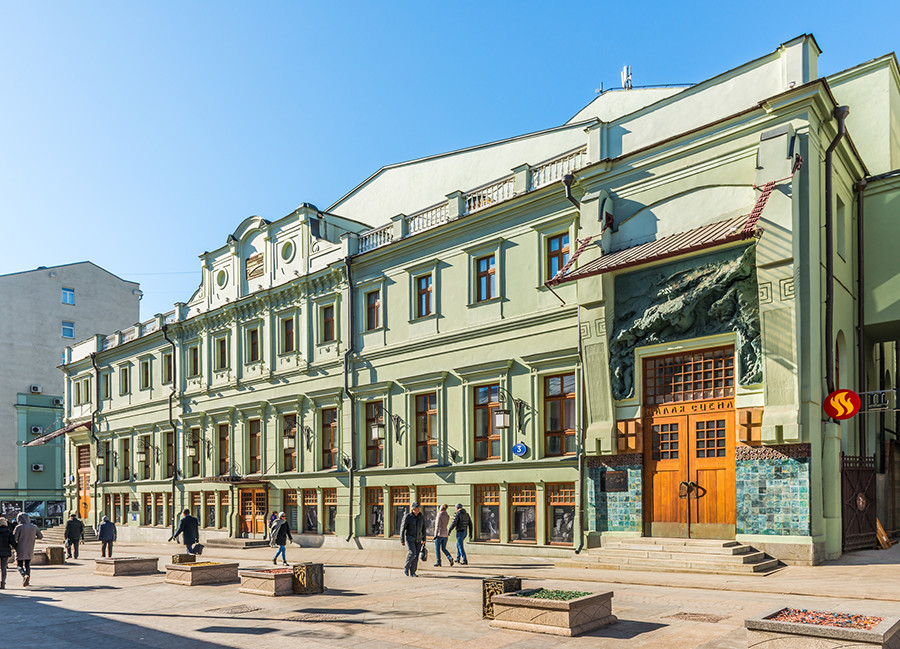 A devoted connoisseur of theater, Schechtel postponed other projects in order to rebuild the old building of the Moscow Art Theater.

He personally designed everything including the furniture, color scheme, and even the lighting direction to create a special world.

Schechtel was the creator of the theater’s famous olive curtain, which had a wave motif and the image of a seagull flying above some waves. This remains the eternal emblem of the Moscow Art Theater. 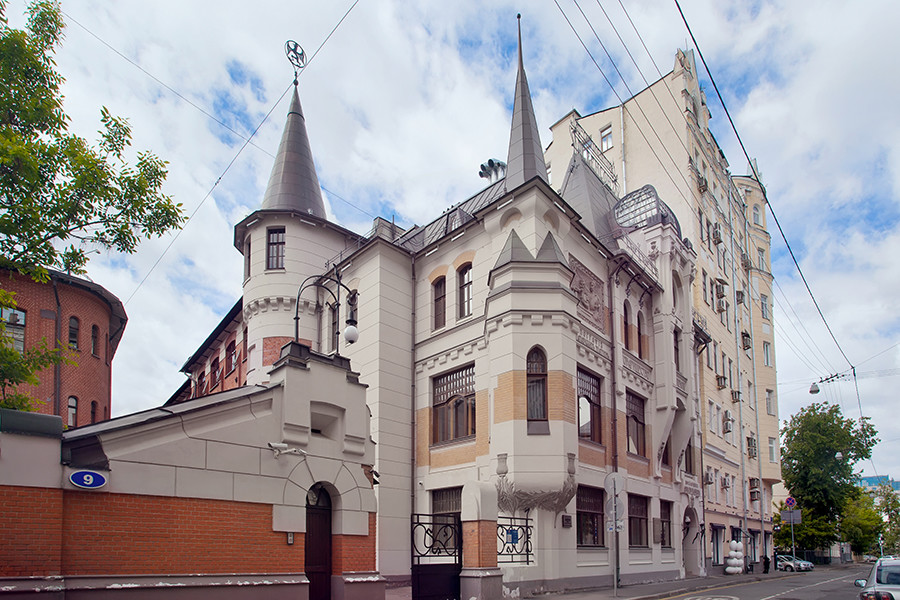 One of the most original print house buildings in Russia, Levenson's house is a melting pot of the Gothic and Art Nouveau styles.

The tower of the building is decorated with a stucco ornament of a thistle, which underlines the Art Nouveau style with its plant motifs. The grand staircase of the house and the door’s glazing also portray the style’s graceful forms and lines.

The print house was located in this building until 1917. It was nationalized afterwards by the Soviet government and transformed into a state printing house.

After the 1917 Revolution, Schechtel tried to adapt to a new life, but brought few significant projects to life. In 1918 his mansion was nationalized, and together with his family he was forced to rent apartment after another. This genius architect, who built mansions for Russian millionaires, died in poverty without owning his own home. 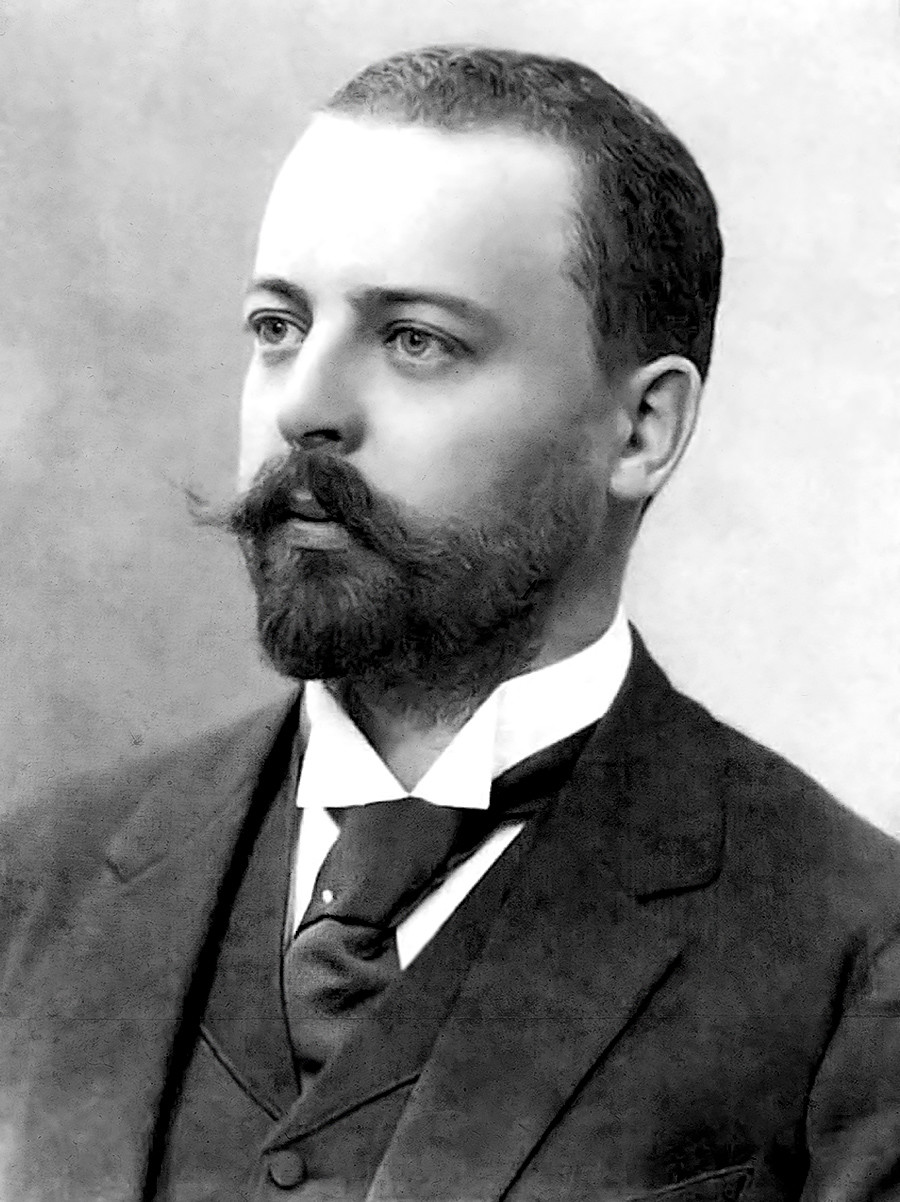