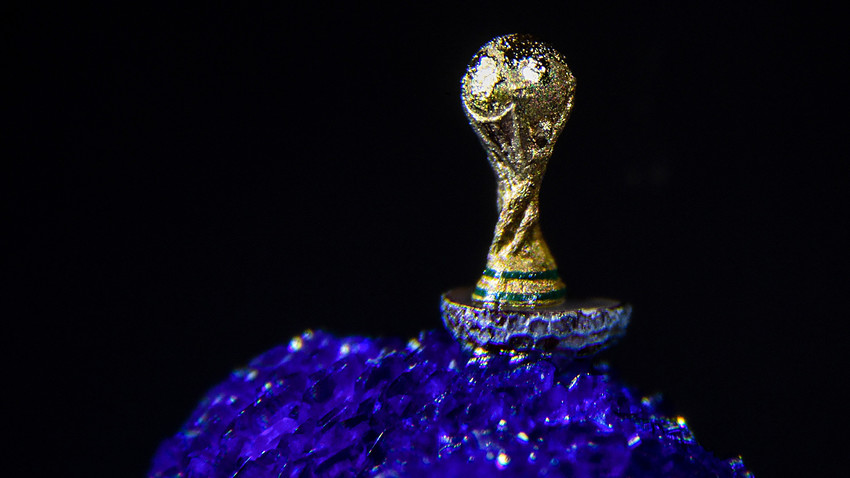 Kirill Kukhmar/TASS
Sometimes it takes a scientist to create a stunning work of art...

This marvel from the Novosibirsk-based micro-miniature master is sure to strike a chord with anyone familiar with Leskov’s novel, ‘The Lefty’ (yeah, like you would be! We just needed a lead.)

The smallest ever FIFA championship cup has emerged out of Siberia, courtesy of Vladimir Aniskin, a master of micro-miniatures, who worked tirelessly in order to achieve the tiny replica, measuring only two mm in height, and perched atop a tiny poppy seed.

“The cup was welded using a combination of technologies,” Aniskin told TASS. “It is composed of a dye, and sprayed with gold dust. Its height is two millimeters, and it sits on a cross section of a poppy seed.” The best part about the creation – and the hardest – was the master’s insistence on staying true to the original. 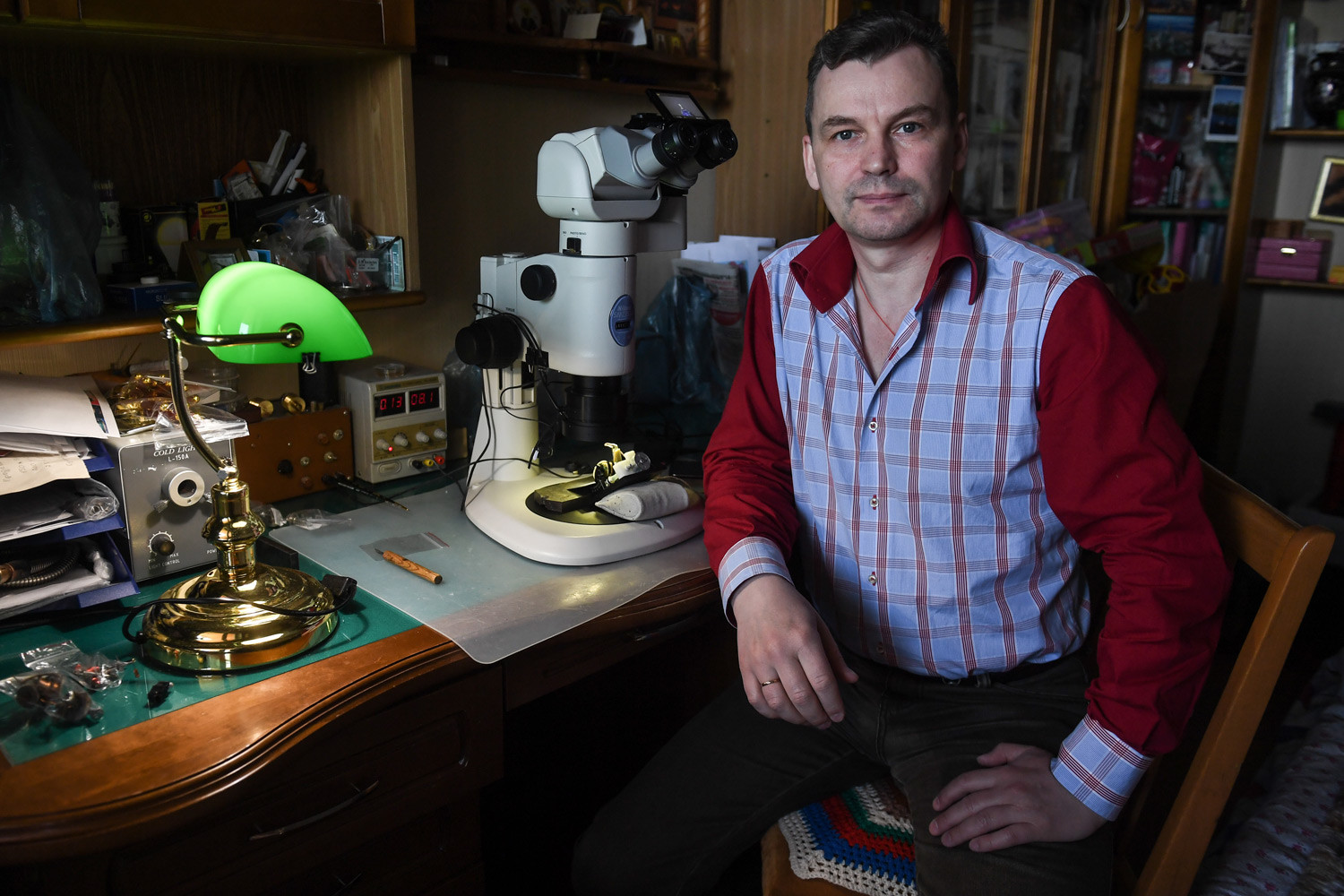 Vladimir Aniskin with his creation, NOVOSIBIRSK, RUSSIA – MAY 11, 2018

We are but weeks away now from the 2018 FIFA World Cup Russia™ (14 June – 15 July), which kicks off in Moscow, and will span 10 more Russian cities. Aniskin is a big football fan: the artist already has both, the official logo on a cross section of a grain of rice, and a 3D miniature sculpture of the official wolf mascot under his belt, both measuring no more than 1,5 mm. 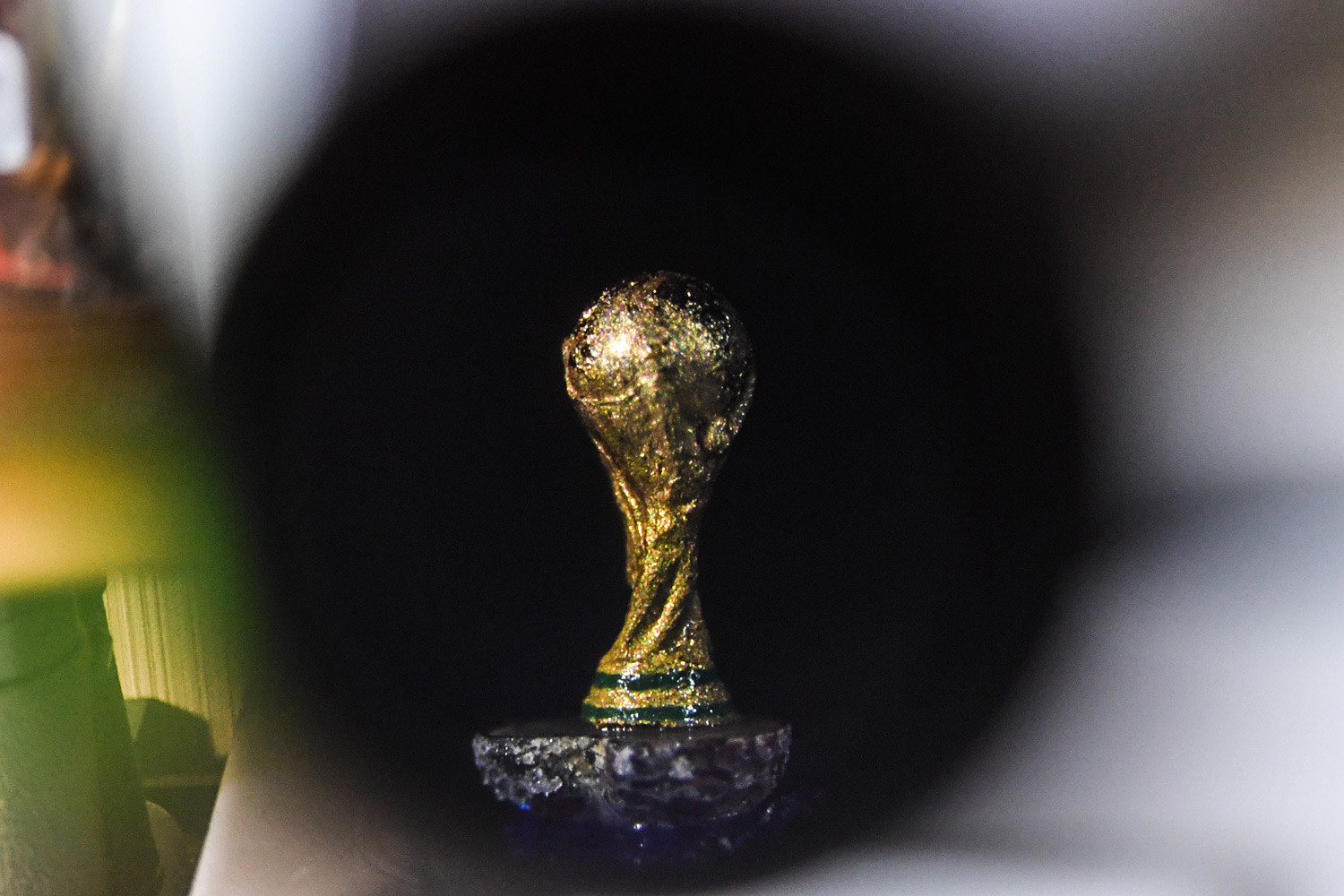 The official cup’s weight of slightly more than six kg makes Aniskin’s creation a tiny feat of engineering, which the master used an array of tools to forge. This is no surprise, given his job at the Siberian wing of the Russian Academy of Sciences, at the Mechanical Engineering department, where he’s been since 1999. Aniskin’s current field centers on creating microscopic chips for research in aerodynamics.