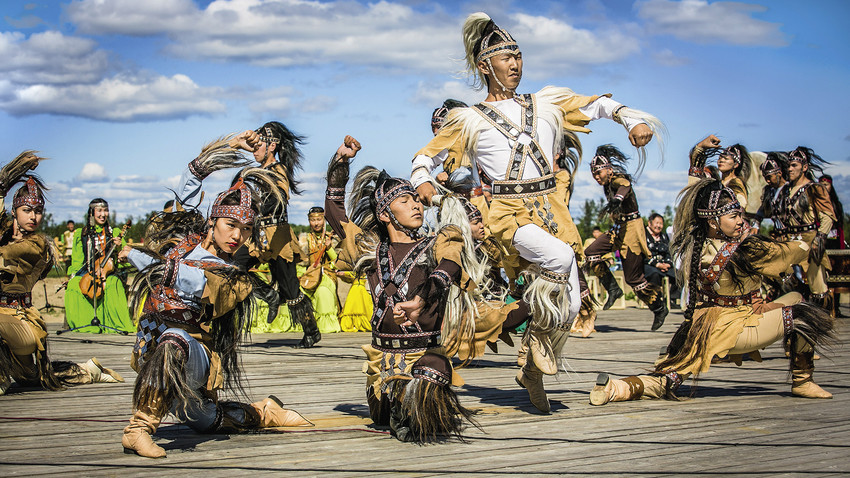 Yakut dancers during the traditional celebration of Yhyakh

Rustur
The longest summer days in the Sakha Republic are a time for celebrating Yhyakh Tuymaady. Locals not only worship the sun by drinking, horseback riding, wrestling, and dancing, but also get a chance to see their relatives and loved ones from across the massive Russian republic.

Most of us only celebrate the New Year once, but the Sakha people of Yakutia revere an ancient tradition which symbolizes another start to the year, tracing back to a solar deity and a fertility cult.

The festivities last for two days, and once coincided with the summer solstice. Nowadays, however, Yhyakh is observed when there’s an opportunity to draw a bigger crowd, which is the following weekend. This year the festivities were held June 23-24. 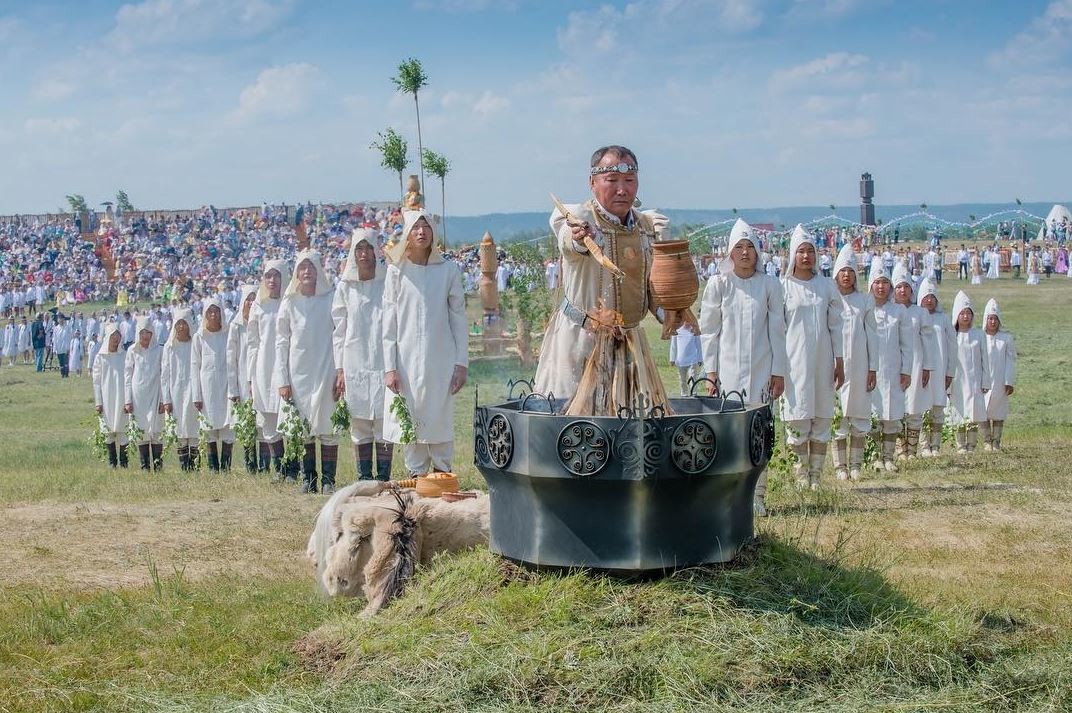 A massive traffic jam stretched for 10 km from the airport, all the way to the field, visitors reported this year. Up to 200,000 attend on a good year, although not everyone believes this, as the gigantic Yakutia (one-fifth of the territory of Russia) is only inhabited by about a million people, while actual, native Yakut number only about 480,000 worldwide.

Over 111 fun programs and activities are set up across 20 stages at the Us Khatyn festival site near Yakutsk, the capital. 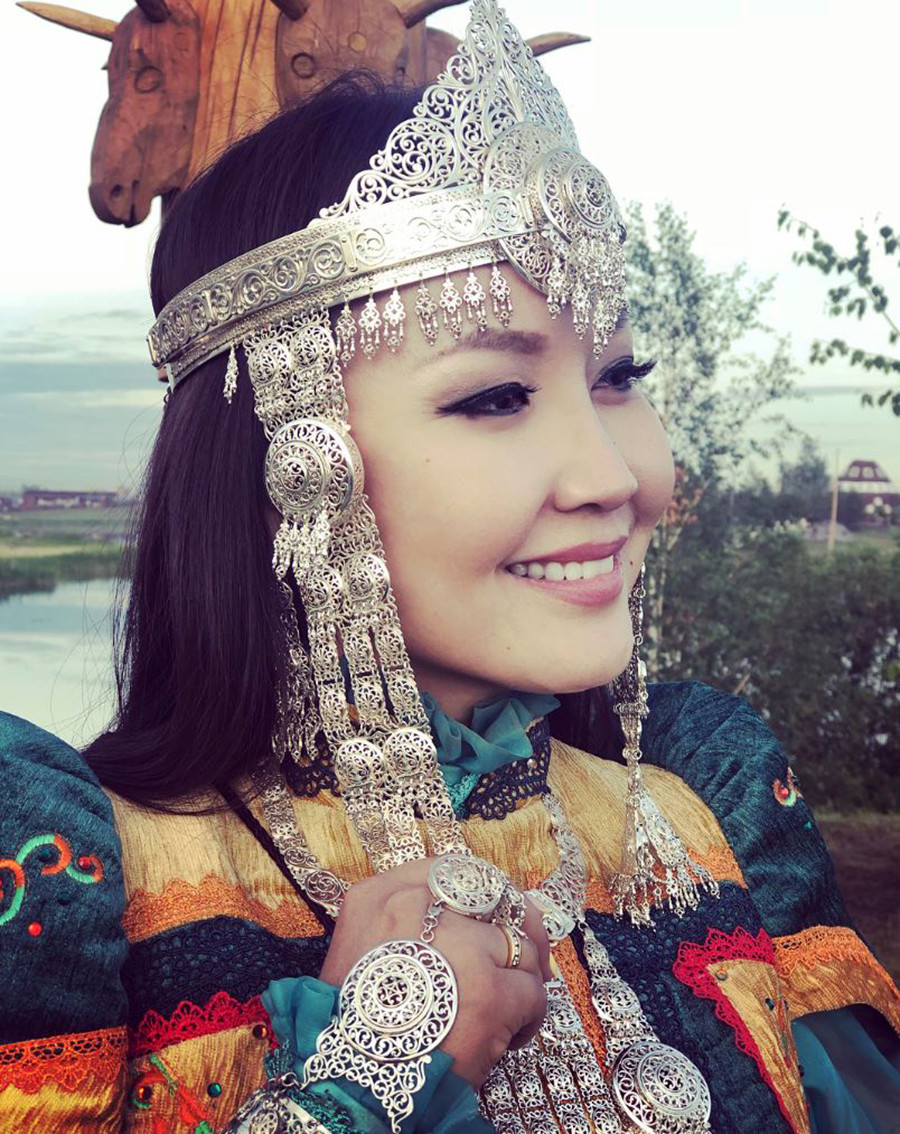 But the celebration is not limited to the Sakha Republic. Visitors immerse themselves in Yakut culture and dance, while some come away with mammoth tusks at Moscow’s Kolomenskoye farmstead as well.

The park was transformed into a little slice of Yakutia. There were yarangas (traditional tent-like homes), song and dance, national games and even Yakut wrestling, known as Mas-wrestling – which is derived from the traditional game of stick-pulling. There were rivers of kumis for the guests as well. Kumis is a fermented drink made from mare’s milk. 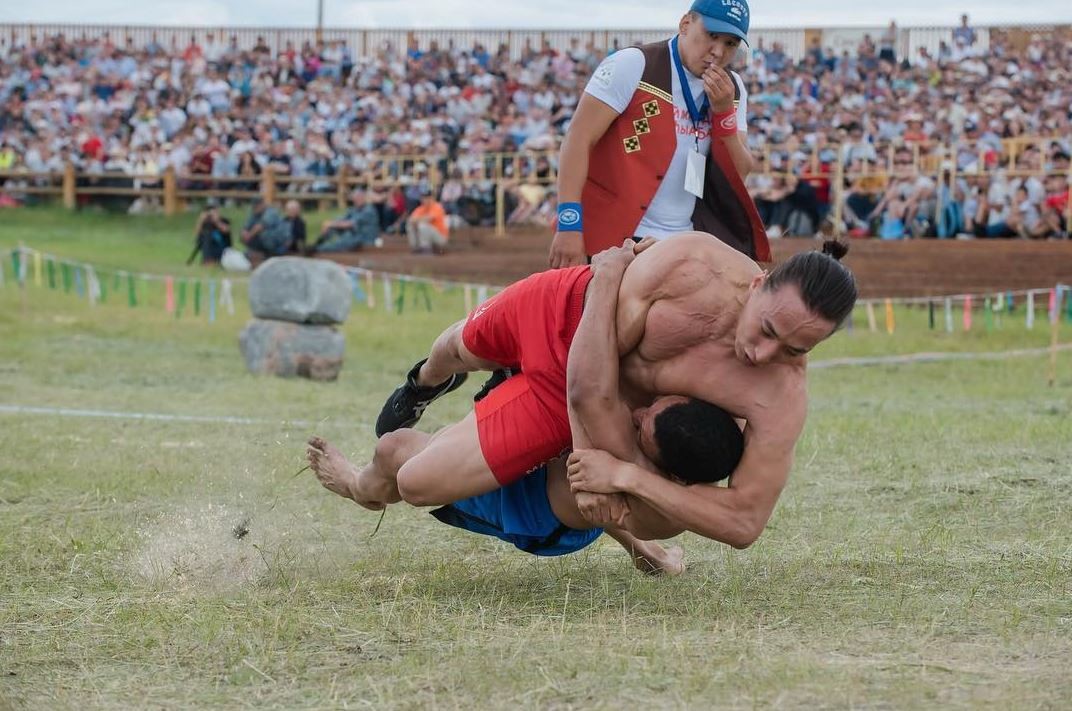 Yhyakh symbolizes the coming of summer and the awakening of nature. It’s the most important celebration for Yakutia.

“Yhyakh is first and foremost a celebration of the blessing of life, the spread of goodwill onto all humanity, and of giving thanks to the Sun,” the permanent representative of the Sakha Republic, Yuriy Kupriyanov, told M24. “It survived 1,500, maybe 2,000 years, through our epic tale – the Olonkho, which our ancestors have preserved through word of mouth.” 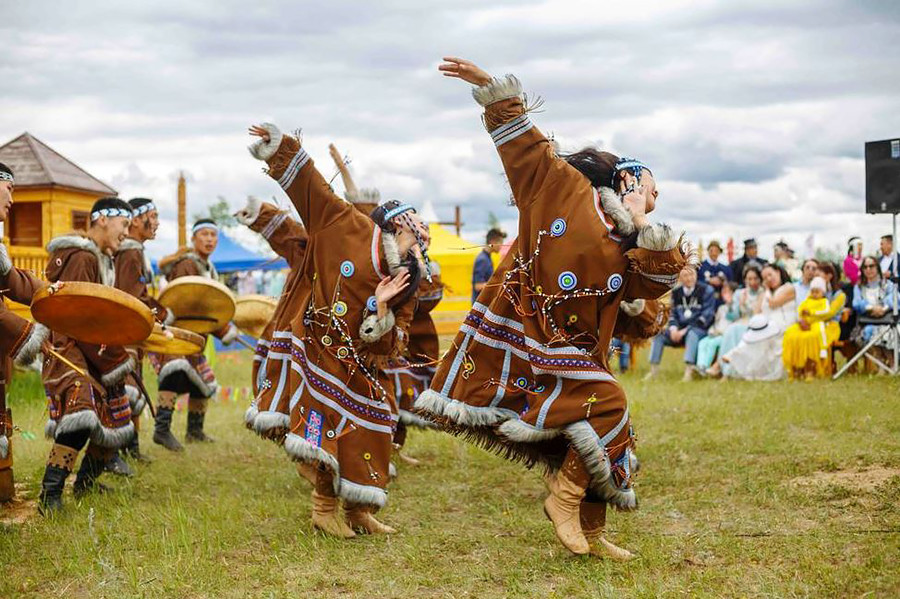 Although Yakutia is known for widespread Christianity, the population themselves is not too much of anything. Despite the festive Yhyakh Tuymaady, the same can be said for old traditions: The Yakut are not an extremely traditional people. The Sun, however, is probably very important because of the horrible climate. For most of the cold months, the weather is freezing: In winter it dips to records lows of -50 to -70°C, while the summers are scorching hot, but quite short.