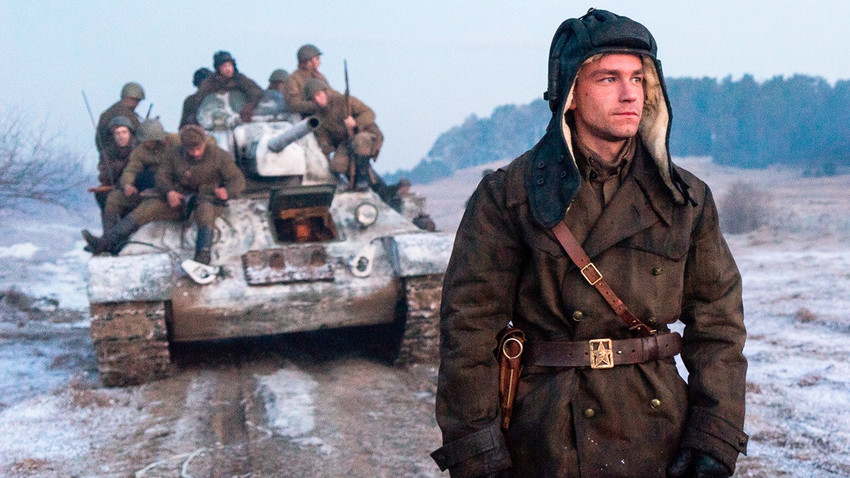 Kinopoisk
Epic tank battles, spy games, and prison breaks - these blockbusters will have you rushing to the cinema faster than a German dive bomber.

It’s 1941 and Soviet tank commander Lieutenant Ivushkin is taken prisoner by the Nazis. The Germans him to train a tank crew of fellow POWs so that the Nazis can firing at them on a shooting range - the Soviets are not given any ammo. As you can imagine, the lieutenant has a plan up his sleeve.

movie is based on the only successful mass escape from a Nazi extermination camp. On Oct. 14, 1943, over 300 prisoners led by the Soviet Lieutenant Alexander Pechersky fought their way past the Nazis guarding camp Sobibor - and the minefield beyond the fence. Sadly, only a handful of the escapees lived to see the end of the war.

3. We Will Not Say Goodbye

It’s October 1941 and German troops are advancing on Kalinin (now called Tver), a key strategic point that leads straight to Moscow. The Soviet soldiers and civilians who refuse to flee the city are willing to risk their lives to defend the place. To make things worse, aside from the incoming Nazis, they also need to keep an eye out for German spies operating in Kalinin.

movie is dedicated to the Soviet KV-1 tank crew led by Lieutenant Semyon Konovalov. On 13 July they wiped out 16 enemy tanks and self-propelled guns - true heroes of the USSR.

When the entire family of six-year-old Anna are massacred, by some miracle the girl manages to escape. She ends up hiding in an empty room of a German commandant’s house, and if forced to keep low until her village is liberated, but remaining out of sight isn’t easy.