Culture
Yekaterina Sinelschikova
Sergey Pyatakov, May Nachinkin/Sputnik, Public Domain
The Russian wardrobe has changed alot since the old days but some staples are still in vogue. Check out our list of clothing items that continue to exemplify the 'Russian style'. 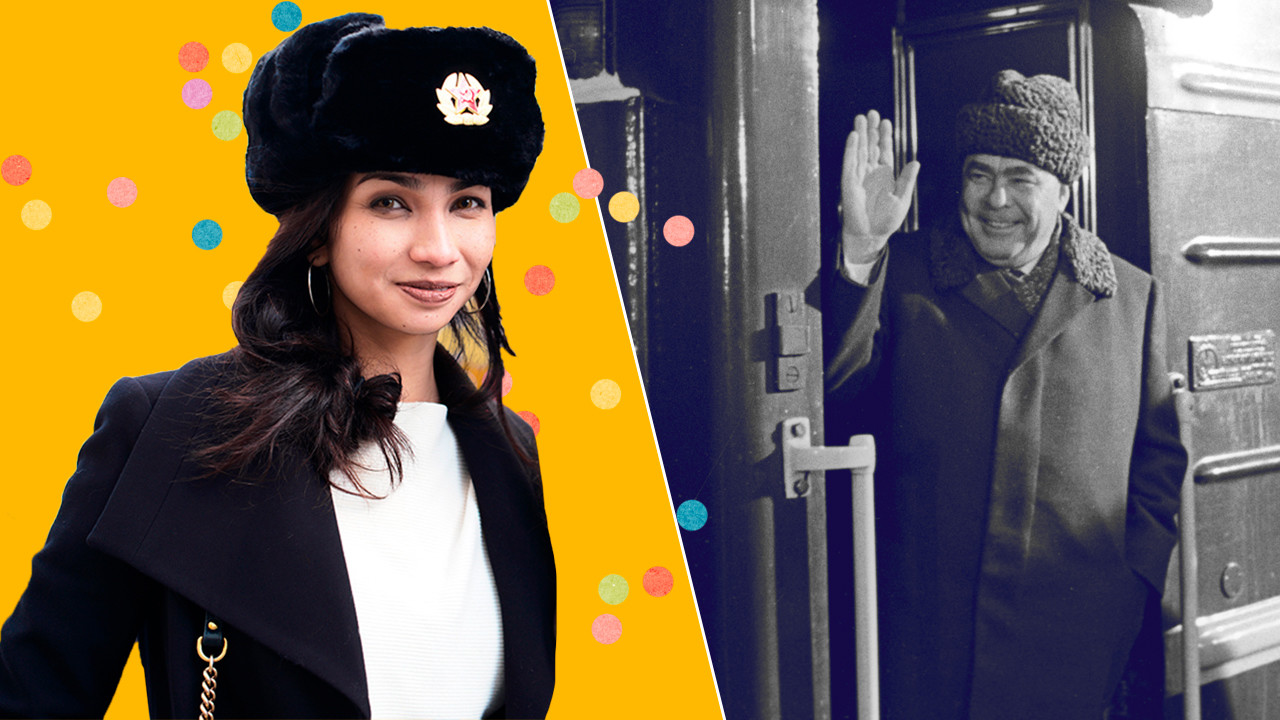 These days, it’s one of the most popular souvenirs from Russia, which can, perhaps, compete with the matryoshka doll. In fact, there are many different types of hats in Russia (which is not surprising, given the climate) but ushanka hats have developed a special cult around them.

One of the ushanka’s biggest fans was Soviet leader Leonid Brezhnev. Not surprisingly it soon became popular with the Communist Party elite and the masses alike. The ear flaps were used as a purse (you could tuck your money there), and expensive ushanka hats were stored in the fridge, to better preserve the fur.

Where to wear?In fact, everywhere, but particularly in Western and Eastern Siberia. A ushanka will help you survive any winter. 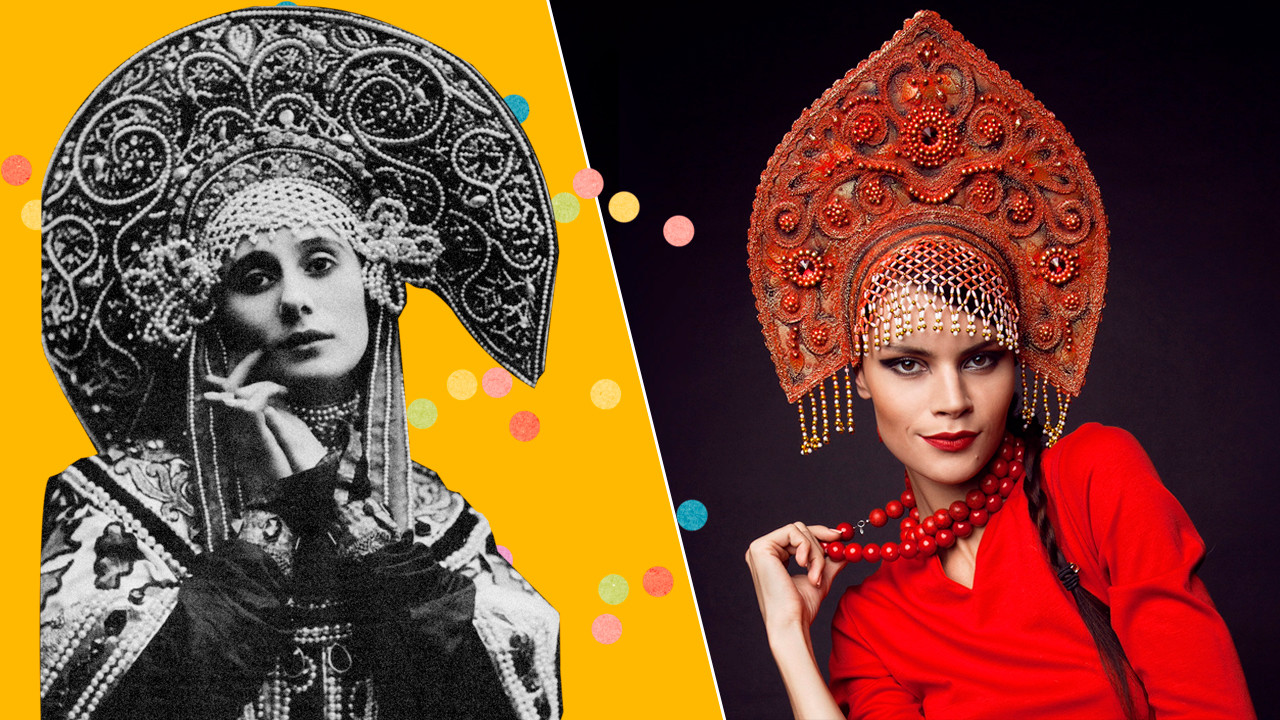 In old Rus, women didn’t wear hats. Hats were for men, while women had their own type of headwear, the kokoshnik, a traditional Russian tiara made of fabric (sometimes it was worn together with a scarf covering the head, neck, and shoulders). Only married women could wear a kokoshnik.

There are many types of kokoshniks since almost every region of Russia had its own version of this popular headdress. Incidentally, under Peter the Great Ӏ, aristocratic women were banned from wearing it. The tsar wanted Russia to embrace European fashions, so women were expected to wear low cut dresses (which must have been quite a blow for married ladies).

In the 1920s, the “Russian tiara” became all the rage in Europe (for example, George V’s wife, Maria von Teck, wore a kokoshnik to her wedding). Since then, the kokoshnik has been through numerous transformations.

Where to wear? At a concert (if you’re rock star like Courtney Love); at a football match, if you support the Russian national team; at a party, as a fashion accessory. 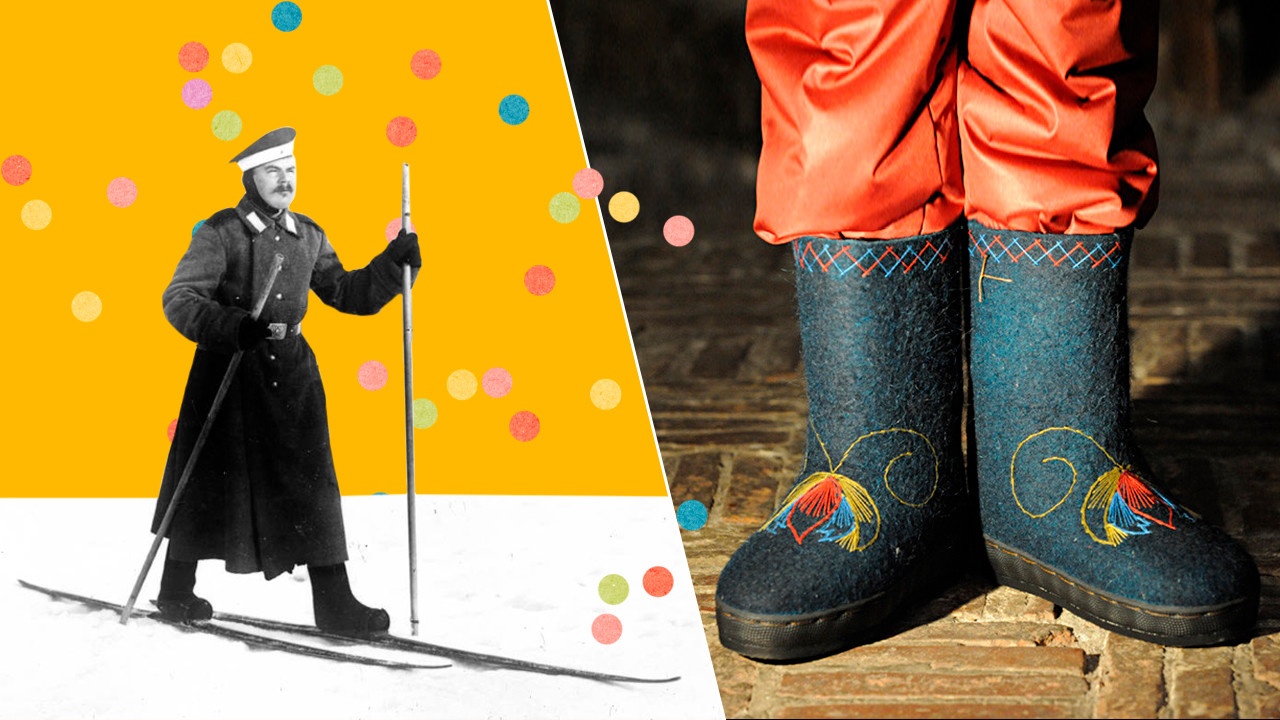 These are traditional Russian felt boots (“Uggs a la Russe”), which have for centuries been an essential element of Russians' wardrobe. This, however, does not mean that going out for a walk in Moscow in winter, you’ll see people in valenki. Nowadays, these felt boots are reserved for extreme conditions. But, for example, somewhere in a Siberian village it would be difficult to go outside without your valenki on as the snow will immediately get inside your flimsy city footwear.

Incidentally, up to the 18th century, valenki indeed were made only in Siberia and in several other northern regions. The rest of Russia realized the greatness of this invention only later. These days, valenki form part of the uniform for those who work in the oil and gas industry and on railways.

Where to wear? Everywhere where it’s cold and there’s a lot of snow. 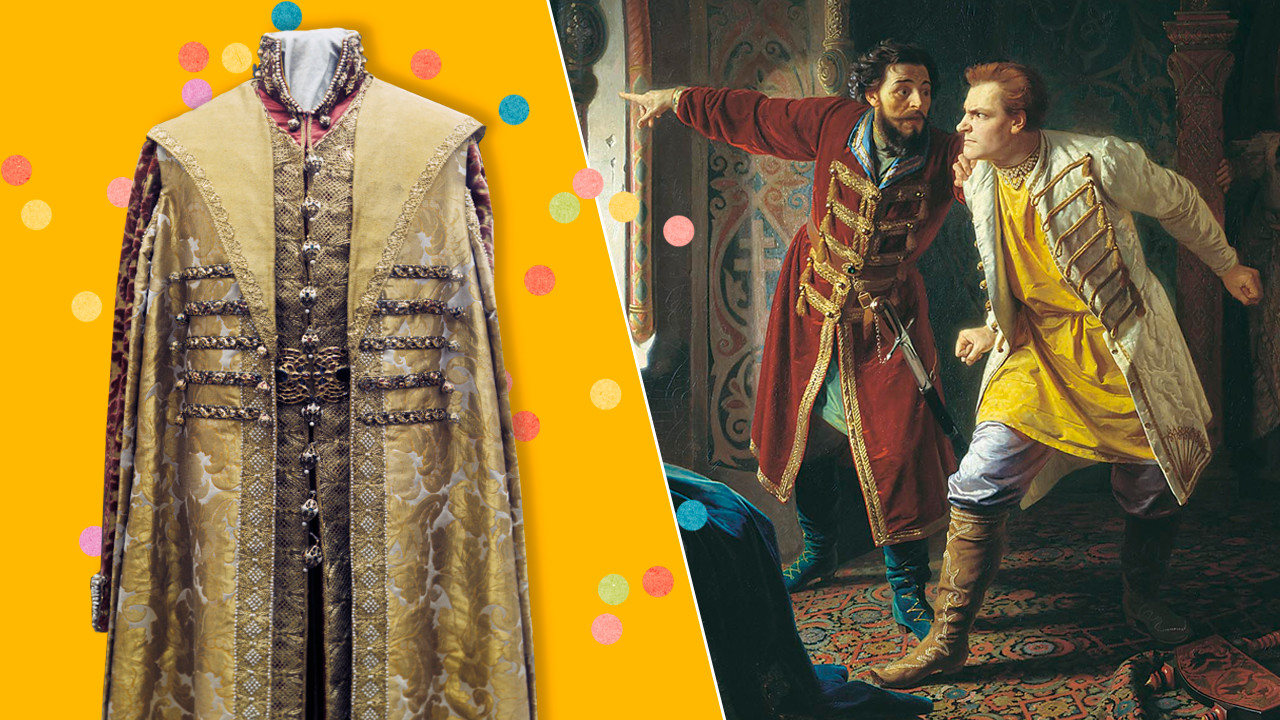 This is the cornerstone of any man's wardrobe in Russia! From the 10th century it was only worn by members of the privileged classes, but over time the “elite” caftan evolved to such an extent that even street sweepers began to wear it...

In fact, the caftan is not a Russian invention. Russians borrowed it from ancient Persians. Similar to a coat, it turned out to be suitable for all types of men: it added weight to those who were thin, gravity to those who were overweight, and importance to those who looked insignificant. There is a theory that all other types of outerwear in Russia are derived from the caftan.

Where to wear? This, in a way, is an alternative to a suit, so you can try wearing it to a business meeting. 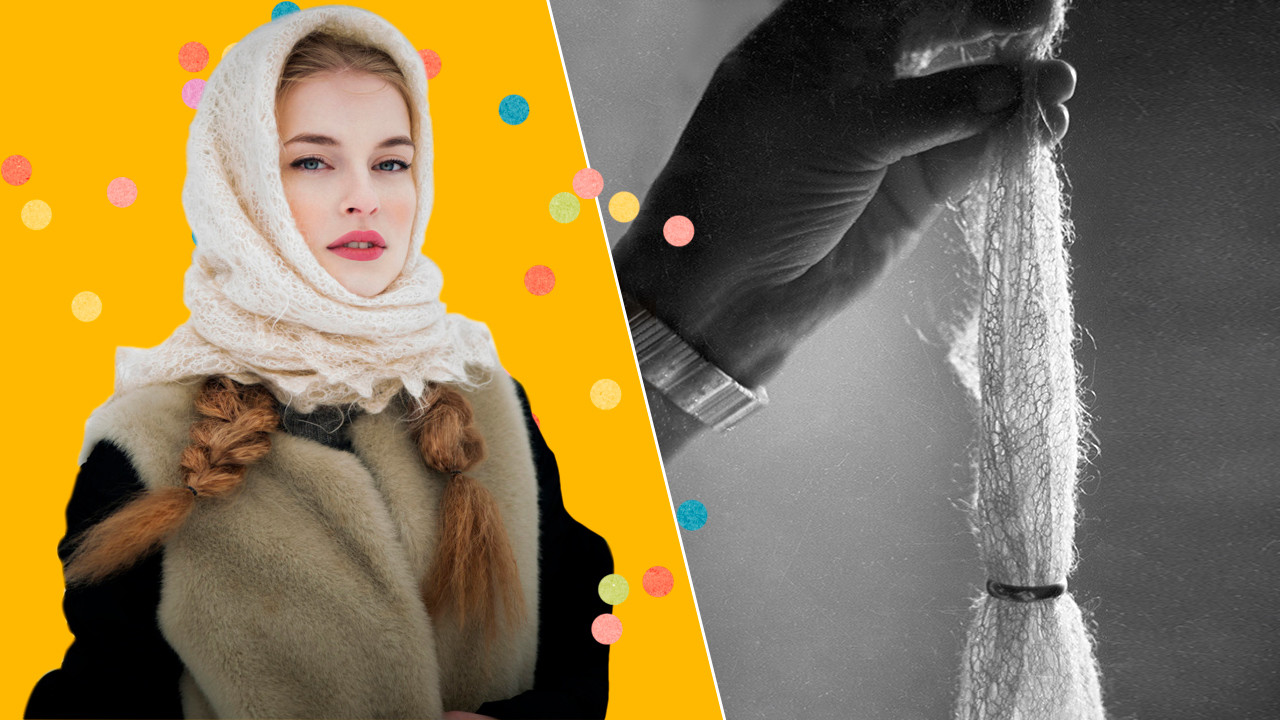 There are dozens of ways to wear a Russian headscarf (or shawl) and not look like a person from the previous millennium. Yes, the Russian shawl is centuries old, but its production is still flourishing (in large part, thanks to modern designers like Denis Simachev). Russian headscarves are produced in Orenburg in the Moscow Region, in the Urals, in Vologda and in other places - but they are all based on the same Old Russian craftsmanship, which can take a lifetime to learn.

Where to wear? In the city during the spring and fall since these scarves are also very warm. They will serve you as a hat and scarf in one. 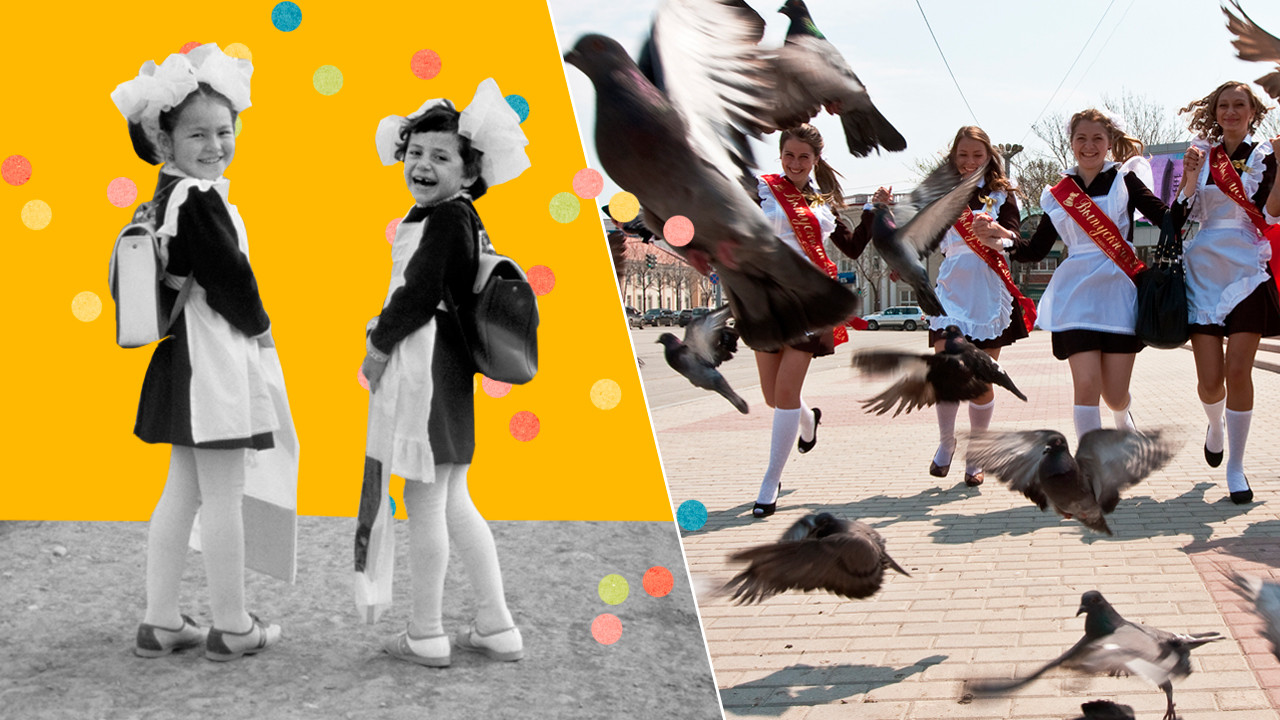 In the Soviet Union, children had their own special school uniform. For boys, a dark suit, almost military-style, and for girls, a brown frock with a black or a white apron. As a rule, the uniform had an additional accessory, a red pioneer tie, marking membership of the Young Pioneers

Although the idea of a school uniform dates back to tsarist Russia, it is the Soviet version that has become kitsch in modern Russia. School uniform was abolished in Russia in 1994 as a relic of Soviet times, but some present-day children put it on for their school-leaving ceremony (without, of course, having any nostalgic feelings for the Soviet-era school). On May 24-26 , you can come across teenage girls in white aprons in any Russian city.

Where to wear? To a prom in Russia. Or to a Halloween party. These days, this uniform is available from hundreds of online stores.