Culture
Alexandra Guzeva
Mimino, Kin-dza-dza, and Gentlemen of Fortune are among Russia’s best-loved films – they’ve won loads of awards, are famous around the world, and all made by one director. 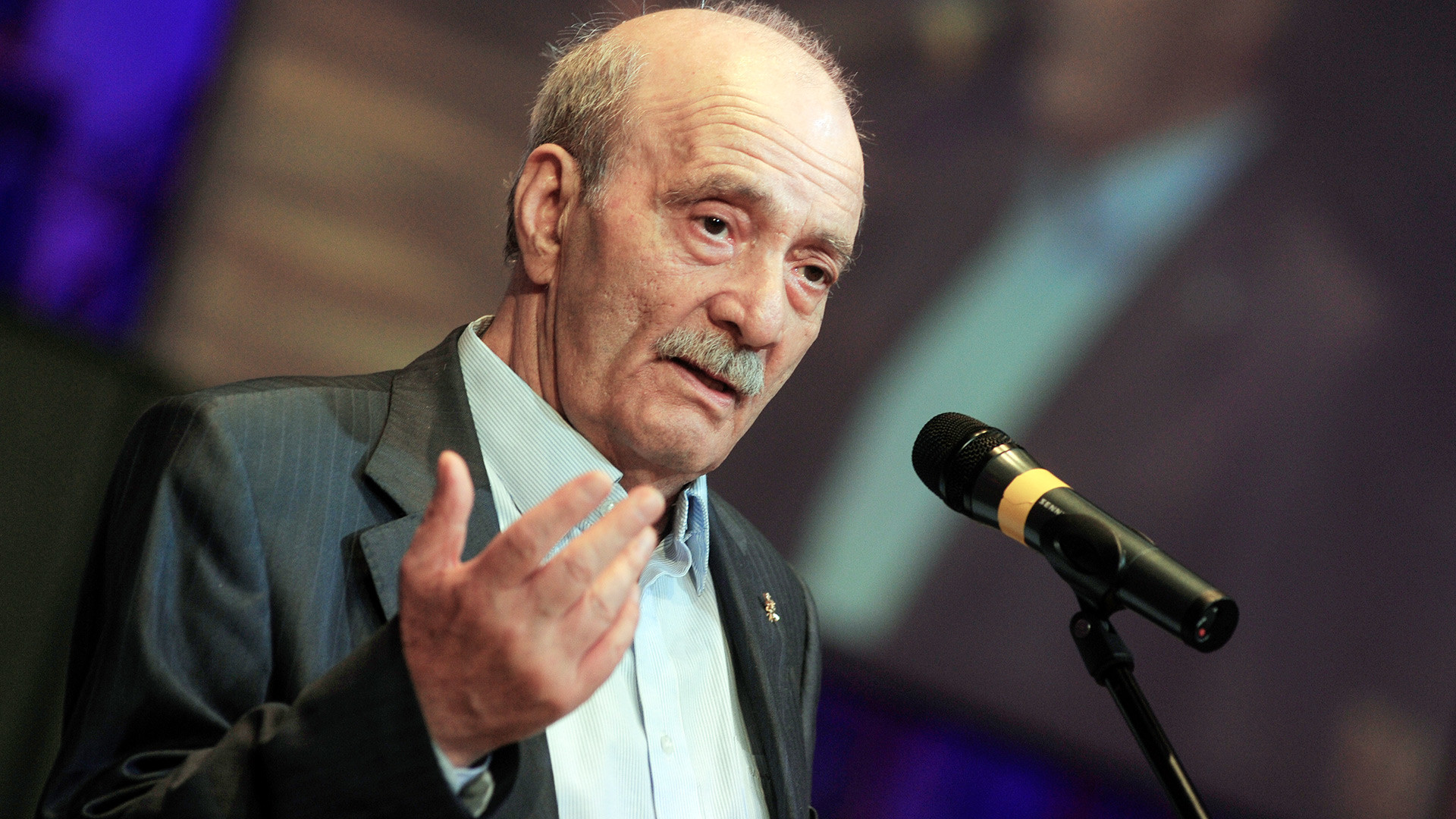 Soviet director Georgiy Daneliya was born in Georgia and made more than 25 great movies. He also wrote the scripts for most of his iconic films. The last film he directed was Ku! Kin-dza-dza (2013), an animation based on his movie Kin-dza-dza (1986). On April 4, Daneliya passed away at the age of 88 so if you haven't seen his films before, now is the time to start. 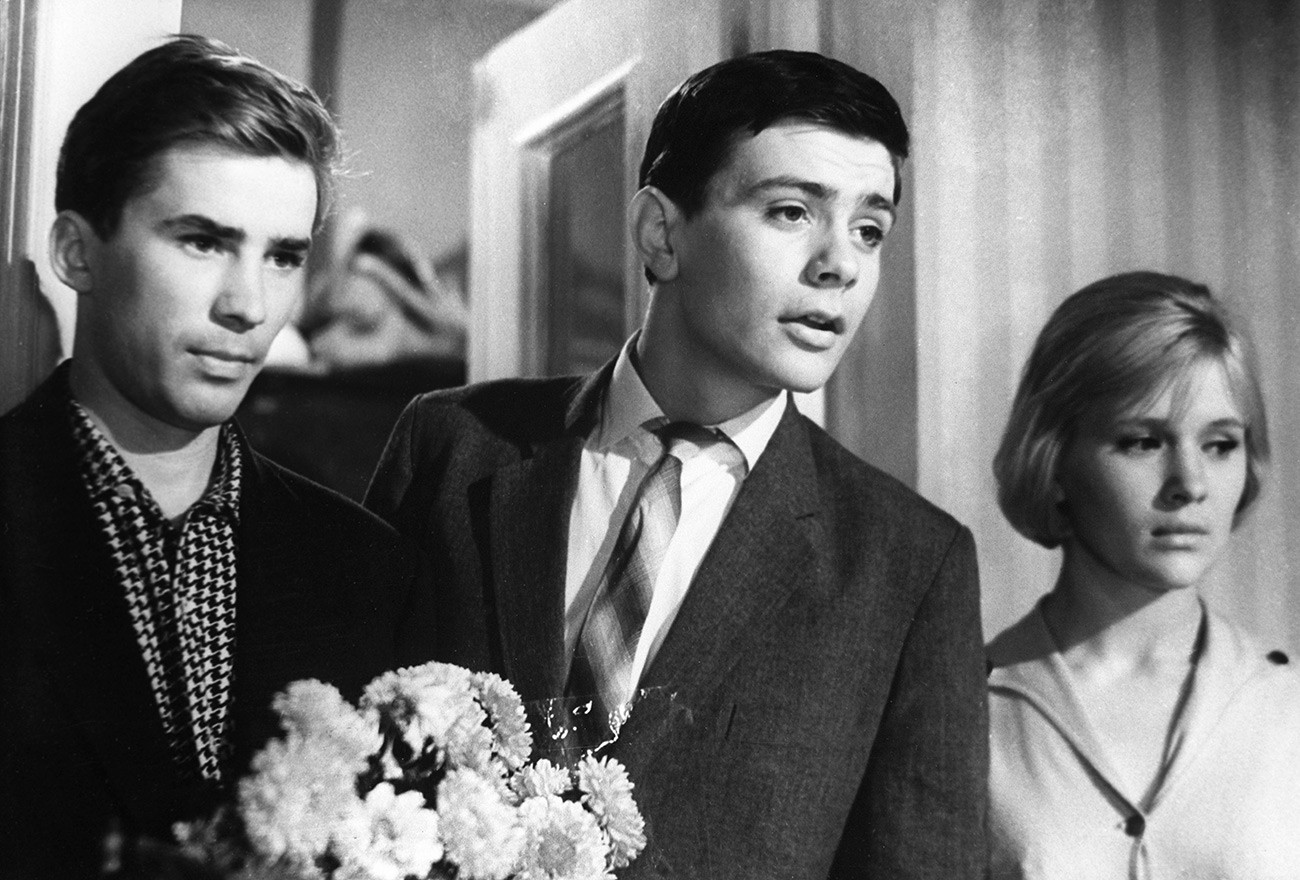 A young worker grafting away on Moscow’s Metro shows a new arrival from Siberia around the capital. They embark on adventures in the city and get wrapped up in its love, beauty, and romance. The movie was actually born from one scene created by screenwriter Gennady Shpalikov and developed by Daneliya: a girl walks through the dramatic Moscow rain, while a guy rides a bicycle alongside.

main themes are the Khrushchev Thaw and the construction of high buildings and even higher hopes. The movie also marks the acting debut of future Oscar-winning director Nikita Mikhalkov (he starred without his famous mustache!).

The movie earned itself a Cannes Jury Special Mention in 1964. 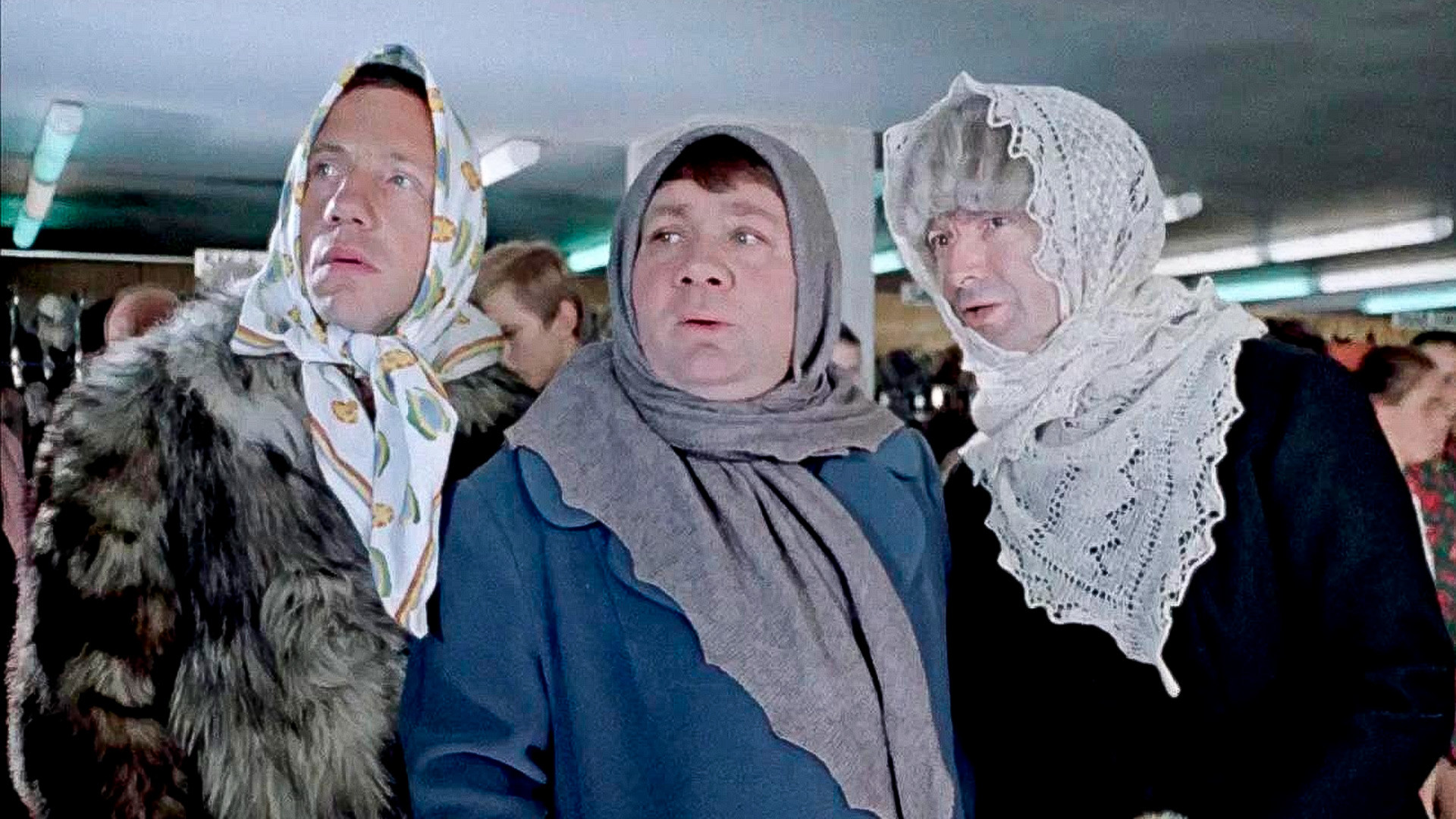 A kindergarten teacher is a dead-ringer for a dangerous gangster, so the police ask him for help in investigating the theft of Alexander the Great’s golden helmet. But to do so, the mild-mannered tutor must embed himself in a criminal gang and even arrange a jailbreak.

The brilliant acting and scintillating plot written by Daneliya and Viktoriya Tokareva made it a box office hit. Tokareva was only a young writer at the but rapidly rose to fame later on

film is loved in Russia and is usually shown on TV on New Year's Eve along with The Irony of Fate (1975). 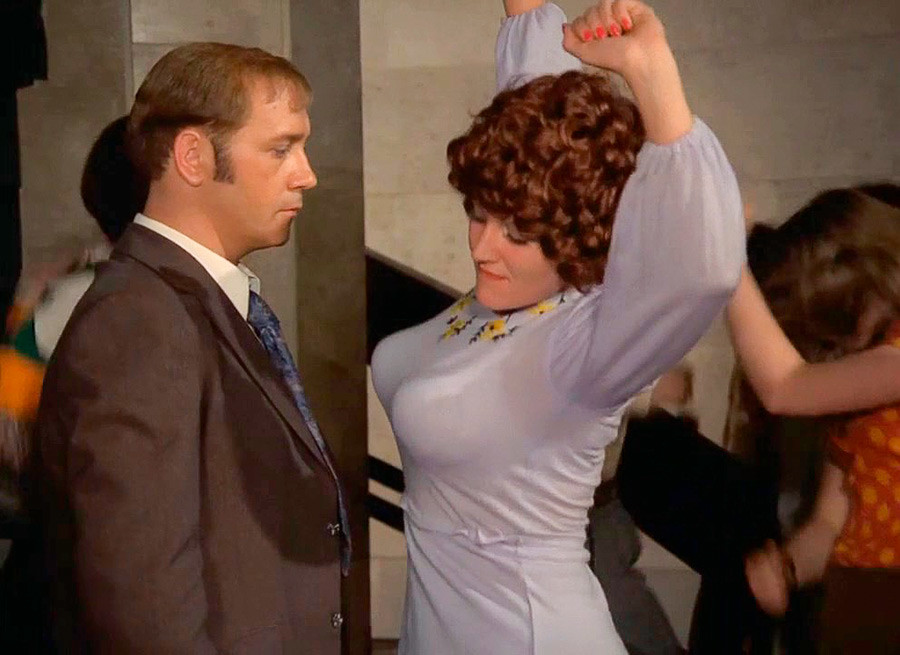 Afonya is a poor, lonely plumber, a shoddy worker, and full-time alcoholic. He is reprimanded by his superiors and threatened with the sack, but it has little effect. Only Katya, a woman he meets, believes that he can change...

This comedy about a simple Russian guy won viewers’ hearts and minds with its recognizable characters and sharp dialogue. Daneliya dreamt up scenes in the film that became Soviet memes, like a lady trying to flirt with the main character with a hilarious dance. 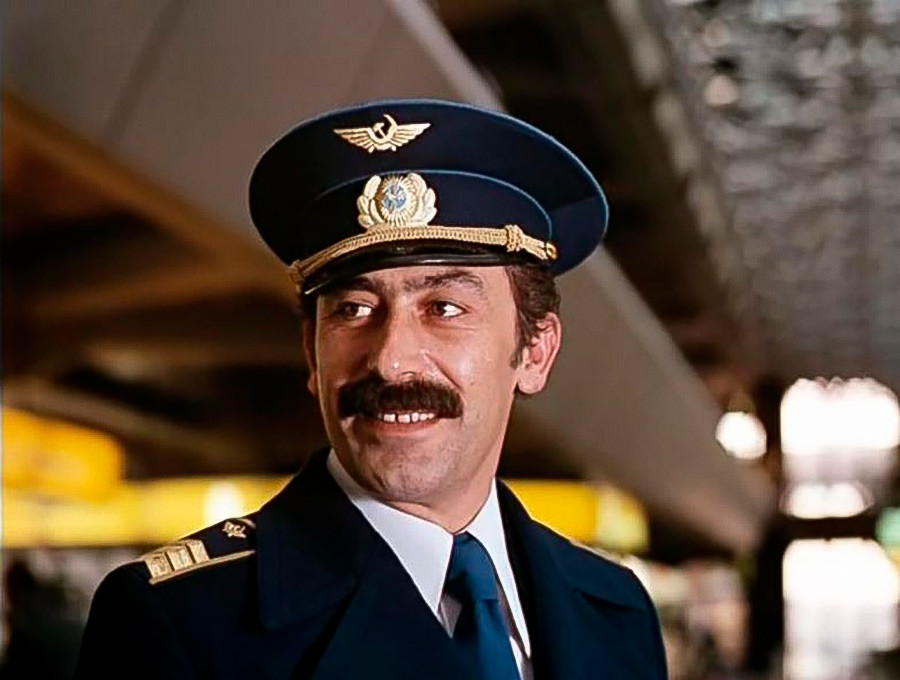 A Georgian man nicknamed “Mimino” works as a pilot for a local airline, but dreams of flying around the world, while at the same time winning the heart of a beautiful flight attendant from the world of “big aviation.” After fulfilling his dreams, he begins to yearn for his homeland...

The charm of Soviet Georgia won over the entire USSR with stunning panoramas, local heroes, and the song “Chito Cheto ,” which is still sung to this day

Daneliya got back to his Georgian roots and filmed to his native mountains, villages, and the naive but hospitable collective nature of his compatriots. Daneliya directed the film and co-wrote the script with Tokareva and Rezo Gabriadze (a famous Georgian puppetry director). 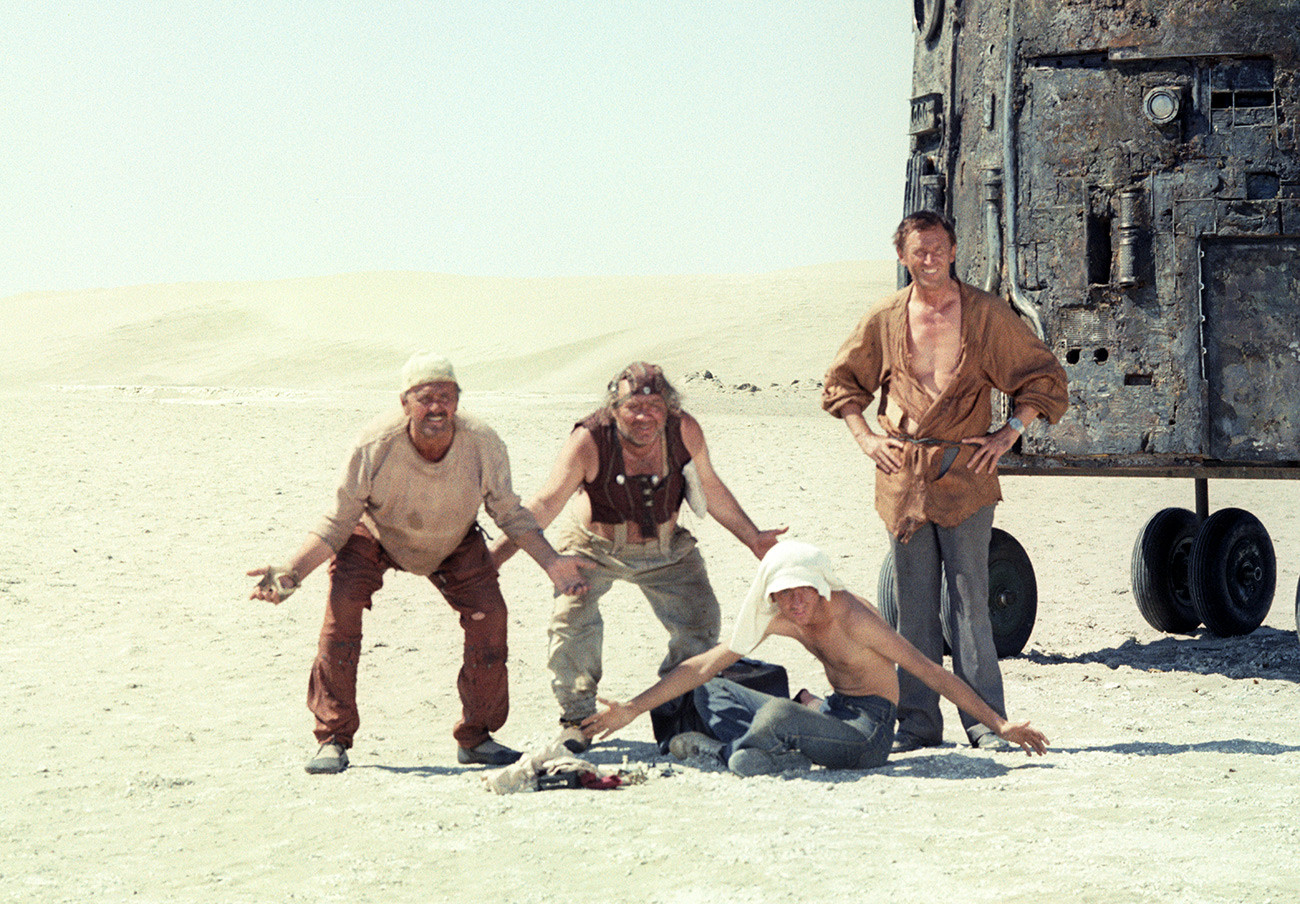 Lovers of Mad Max and the first Star Wars trilogy will be intrigued by this steampunk movie, which was revolutionary for the USSR in the 1980s.  Two random acquaintances find themselves in another galaxy, where they meet aliens who happen to have a spaceship.

On their quest to return to Earth, the pair experience all kinds of adventures. The only thing in their favor is that they have matches, which in this galaxy are worth their weight in gold…

According to legend, the film was actually inspired by famous Italian director Tonino Guerra – he asked Daneliya to film a fairytale to warm Russians up during long cold winters. By the way, the script was influenced by Robert Louis Stevenson’s Treasure Island novel.