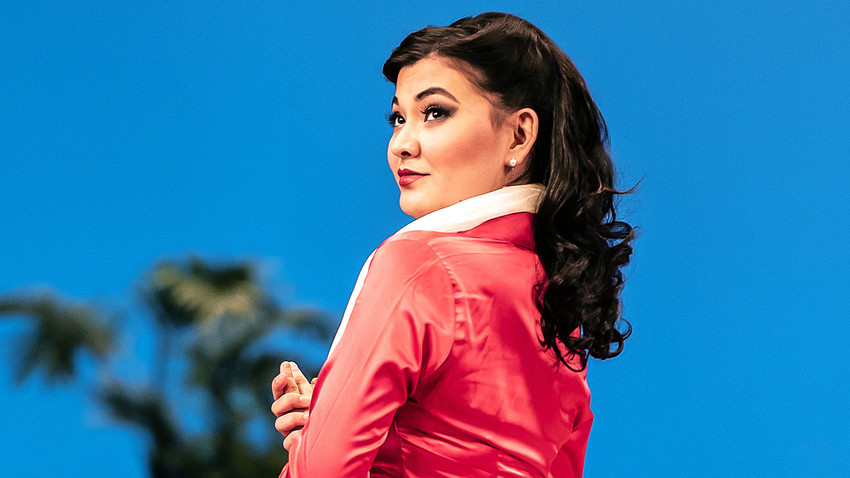 Andrey Uspensky
How to overcome your fears before working in a foreign language in a strange city.

Possessed of a rare voice type, a coloratura mezzo-soprano, Aigul Akhmetshina is the youngest participant in the Royal Opera House youth program at Covent Garden. She is tipped for a career as a star of world opera, and is described as the “new Anna Netrebko.” Born in a small village in Bashkortostan, Aigul now sings in the most important opera venues around the world – the Deutsche Oper in Berlin, the Teatro Real in Madrid, and opera theaters in Italy and Israel. Aigul told Russia Beyond she is continually surprised by British courtesy, faces two enemies when learning foreign languages, and finds refuge in the tranquility of London’s parks.

‘What do you mean you won't sing? Don't even think of such a thing!’

I started professional singing lessons at the age of six. In my family everyone seems to be born with a singing voice, but we ended up with a dynasty of police officers instead. But my mother always said to me: “You must fulfill my dream.” When I was 12, we went on a concert tour to Italy. I sang Bashkir folk songs and classical arias. I even managed to sing Tchaikovsky’s “Was I not a blade of grass in the field?” and Delibes’ “Spanish Song.”

In Bashkiria I graduated from the Ufa College of Arts, but I didn’t enter the conservatory, instead continuing to take lessons with my teacher Nailya Yusupova. My voice started to change at the time, and I decided to stay with her. I took lessons every day. Even Maestro Delfo Menicucci, professor at the Giuseppe Verdi Conservatory in Milan, advised me not to change teacher. “You’re going in the right direction, so continue as you are,” he said. 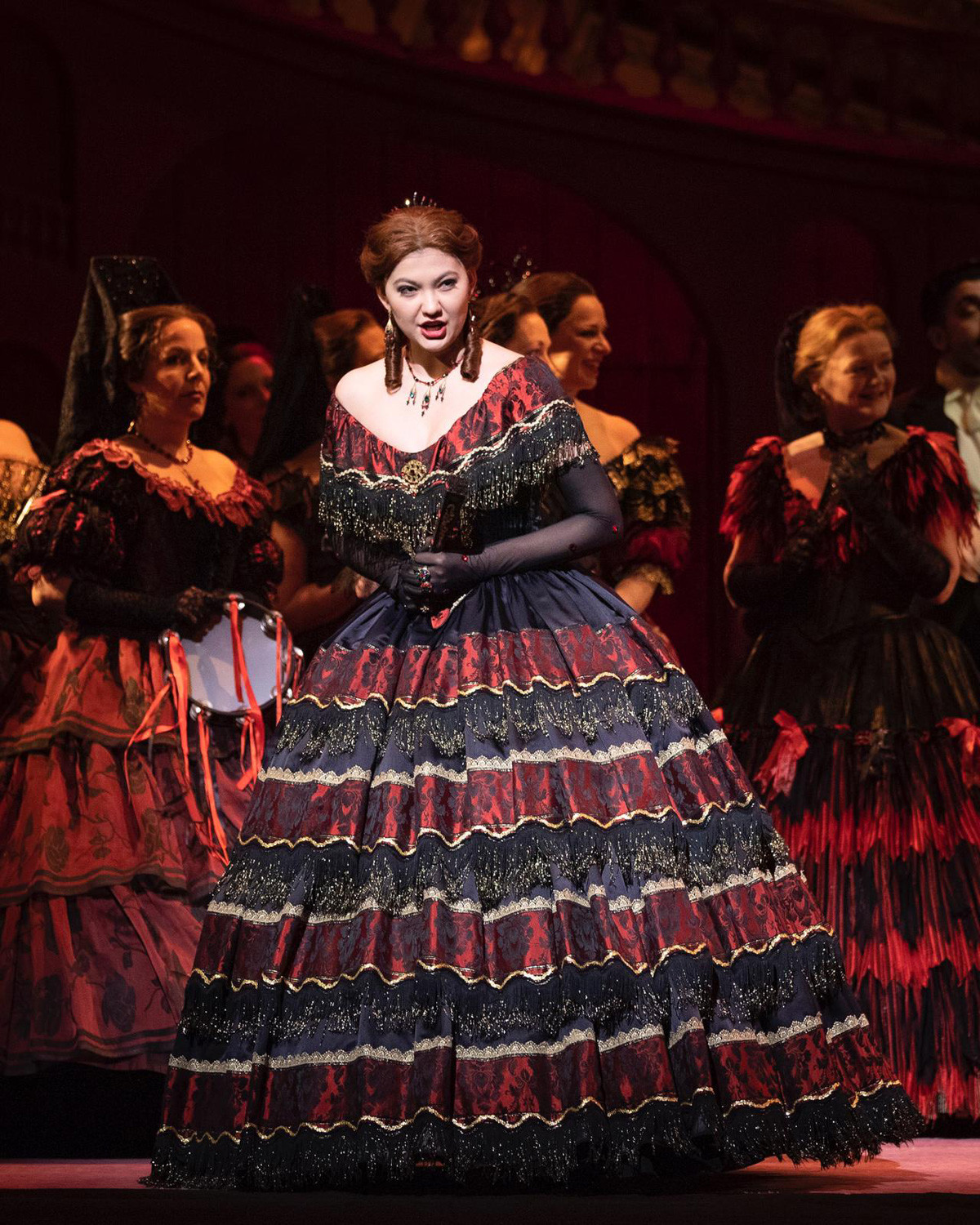 That same summer a serious mishap happened to me and I lost my voice. All the work I had put in was undone. All of my top notes were flattened. I was desperate, and even decided never to sing again and to follow in my parents’ footsteps and join the police. But my teacher was outraged: “What do you mean you won’t sing? Don’t even think of such a thing!” Without her, I probably would never have ended up in London.

A baby in Covent Garden

At the New Opera World international opera competition I was spotted by the Chairman of the Jury David Gowland, who invited me for a second round of auditions in the framework of the youth program of the Royal Opera House at Covent Garden.

I don’t come from a wealthy family, but I was helped by sponsors and, without knowing the language, I went. When I was on the flight, the situation suddenly dawned on me: I was on my own, no-one would be meeting me, I had to find my own way from the airport… But all my fears were dispelled when I met the singers at the opera house. There were 365, but only five would be selected. I was already beginning to think I had done something crazy… But in the end I got in. I was told I was one of the youngest singers they’d taken, and was even nicknamed “Baby.” I realized this would be my home for the next two years.

Diplomas and qualifications are not the main thing

At the Opera House you can draw up your own timetable, take voice or foreign language lessons, or lessons in stage movement and acting. And no-one pressures us to pick particular coaching classes. For instance, I know for myself that I have to learn languages to be able to work on the repertoire, communicate with the pianist, and so on. There seems to be a less formal relationship here between the directors and performers compared to in Russia. We learn from them and they learn from us. They keep an eye on the state of our voices and check whether we might need any time off. 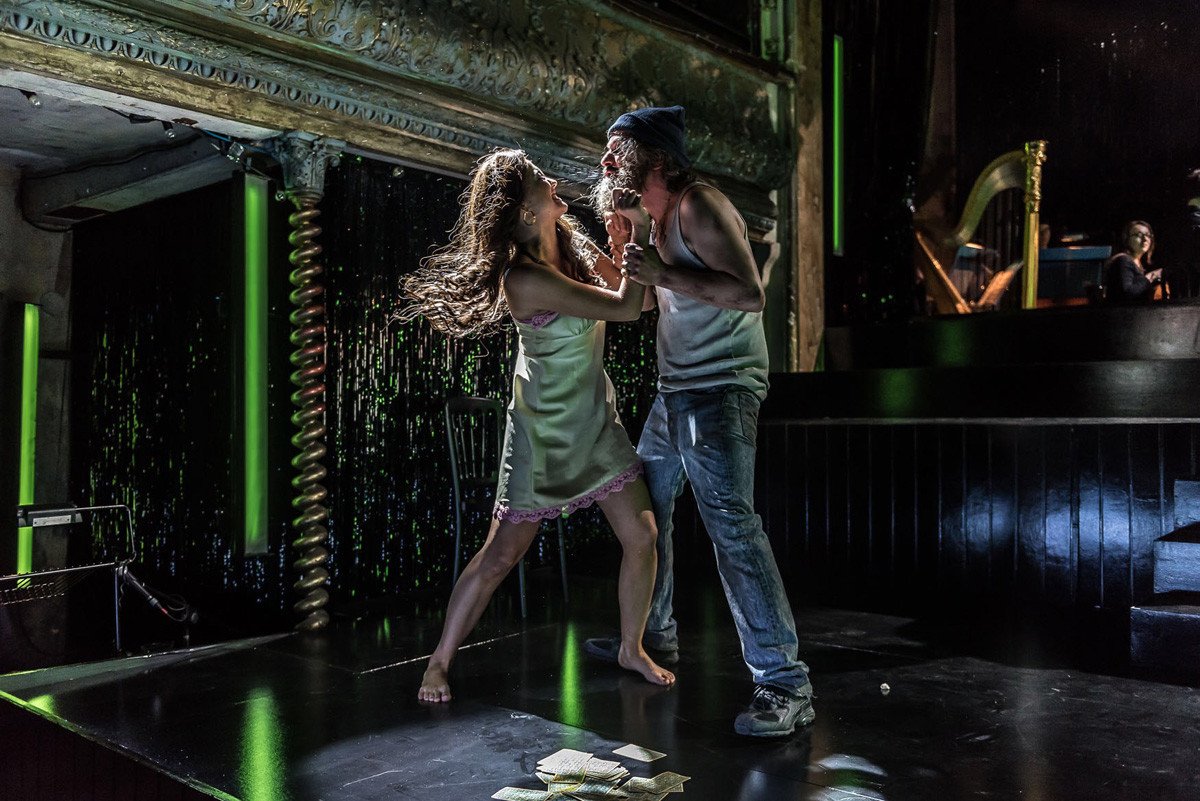 It seems to me that less attention is paid to certificates and diplomas here. Qualifications are not a deal breaker. A willingness to work and to improve, and the quality of your performance count for more. Aside from that, singers in Russia don’t get to practice in the theater. I think performers would find it useful to attend rehearsals and get practical experience of the theater world. Both pianists and conductors in Britain learn stage skills.

I got fed up with being scared!

I rapidly got used to my new surroundings thanks to the help of the coordinators. I needed to survive! I quickly had to learn the language in order to understand everything that was going on in the rehearsal room. Although we use a lot of universal terms in our work – for instance, Italian words and phrases which every musician and performer understands – we wouldn’t get anywhere without English. At first I was afraid to talk to people: I was always afraid my mobile phone would pack up and I wouldn’t be able to use the translation app.

When people asked me “How are you? What’s up? How do you do?” I panicked, even though it was one and the same question. In my mind, I could see little Aigul running this way and that, screaming “Help!” But at some point, I got fed up with being scared! It still seems to me that I don’t know the language. But I’ve realized something important: everyone needs to learn in their own time and people mustn’t be squeezed into some sort of agreed standards. Everyone is unique. Two main enemies need to be overcome on the path to learning a language – fear and laziness.

My mother tongue remains my favorite language, but each language has its own attractions. For instance, Italian, in my view, is the most friendly language for singing. I want to tackle French and Spanish too in the near future.

Home is where my people are

I have grown attached to Covent Garden. It is, after all, my first professional opera house, and I will never feel like a visitor here. My contract ends in July, and all those involved in the program will be heading off to pastures new, but one of the major bonuses is that we can continue to take coaching lessons.

I feel at home in London now. For me, home is where my people are. I have found my own special places here. For instance, the white cliffs at Seven Sisters with their atmosphere of peace and tranquillity, or Greenwich Park with its observatory from where there’s an extraordinary view of the city. I love London because of its parks – they are everywhere, and in each one you can be alone with yourself. I love it for its variety – it ‘s modern and old at the same time, and almost no buildings are the same. 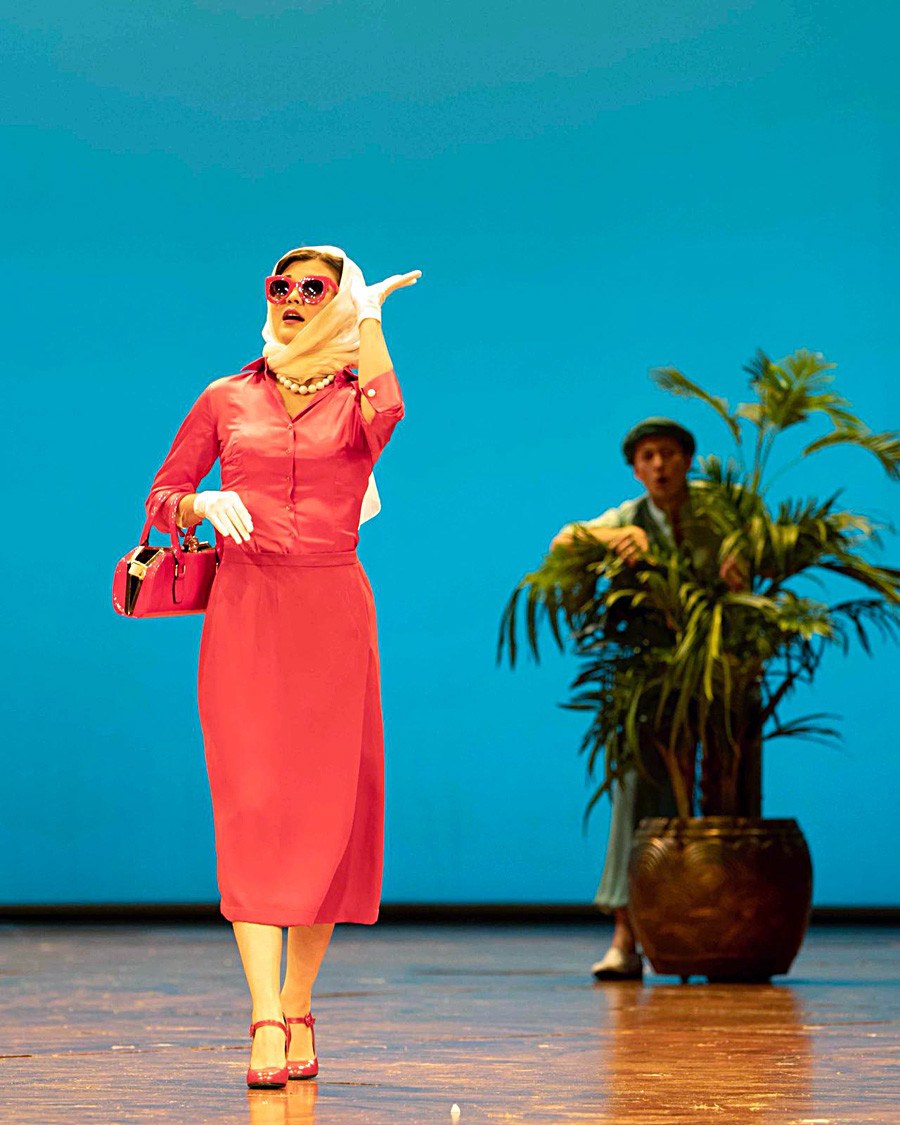 Of course, I miss my family and friends. My family still live in the countryside. They have never seen me on the stage of any European theater: because of their line of duty they cannot go abroad.

I miss my coach. There was always a special atmosphere at our lessons, but I like returning to my college. I spent six years there. It was where I had my most important triumphs and disappointments. When I fly to Ufa in May I plan to visit my old college first thing.

I cannot speak about differences between nations because we mainly put the emphasis on art uniting people. The performers at the opera house have come from different countries, and, when there is an international team, projects can often be realized outside geographical constraints. As far as purely British traits are concerned, there was one that struck me – the way people are so polite. 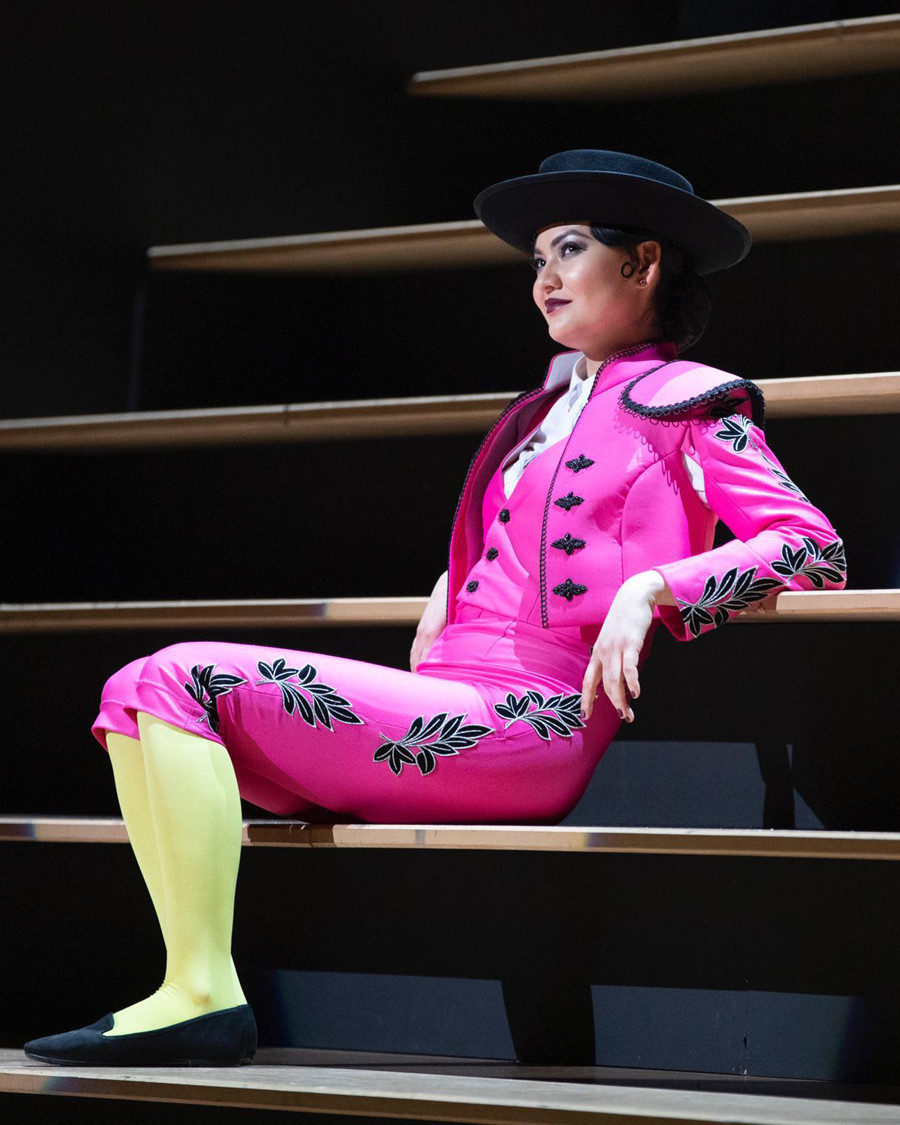 At first I was surprised constantly to find myself asked how I was in the lift. And I wondered whether people who smiled when I came into the opera house were being sincere. But then I realized they were right. We often forget about the everyday courtesies that consist of a gesture and a few words.