Legion Media
This movie, full of matryoshkas, brutal KGB agents and fake footage of ‘Soviet’ Moscow doesn’t even pretend to be serious.

Pretty much everyone agrees that Anna is absolutely horrible in terms of historical accuracy: the depicted events take place in 1990, with the USSR on its last legs, but the film’s 118 minutes are filled with glimpses of a very 2018-2019 Moscow, mixed with incredibly stupid stereotypes about Russia.

“It seems the director bet someone a bottle of Stolichnaya that he won’t miss any Russian trope possible,” Dolin writes.

The critic is one hundred percent right. Nevertheless, unlike him, I enjoyed Anna (and so did about 50 Russians sitting in the same cinema, laughing their heads off), though that pleasure surely was a guilty one. Let me explain why. 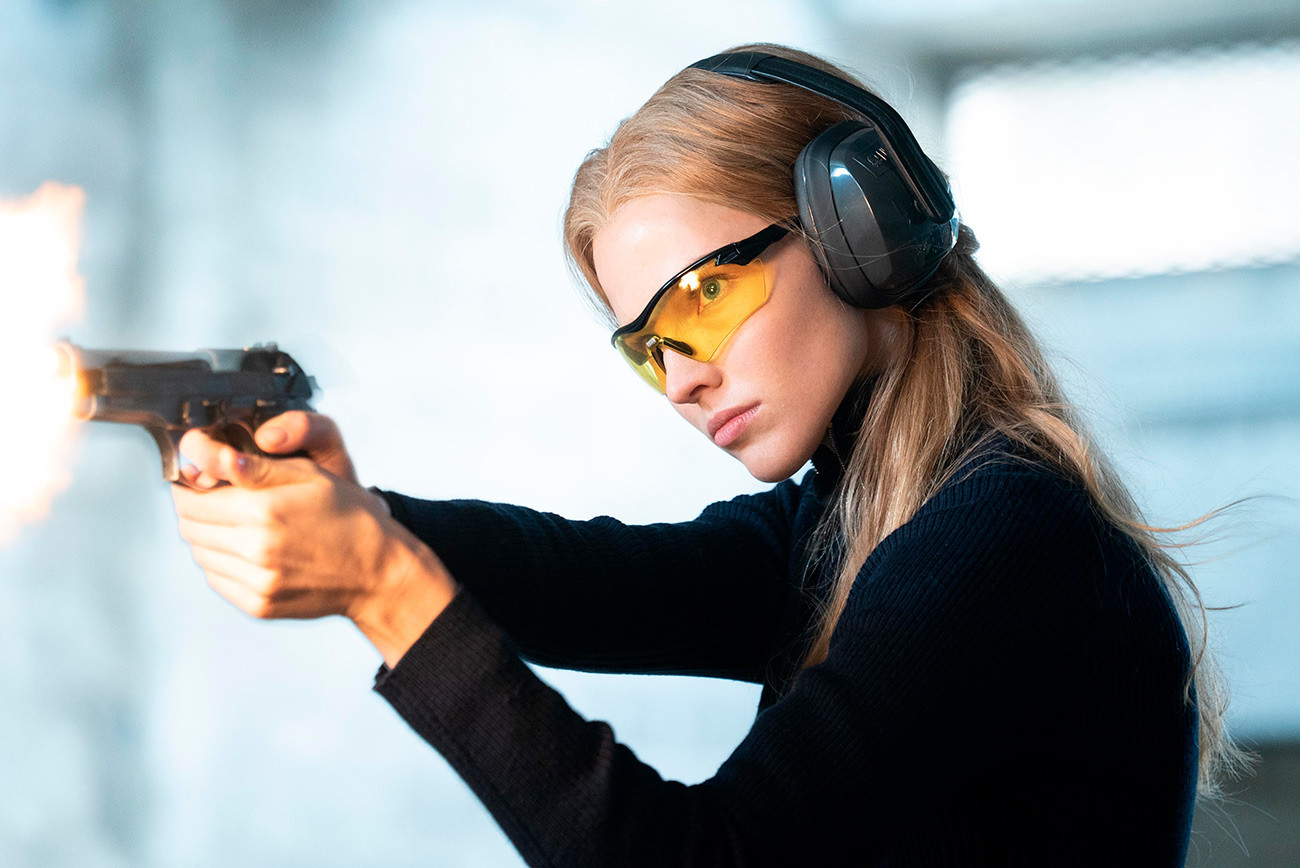 Besson is most famous for giving us Léon: The Professional (1994) and The Fifth Element (1997), and in this new film he remains true to himself: he loves portraying fragile women who turn into flawless killing machines. He showed a woman as the perfect weapon in Nikita (1990), in Lucy (2014) – and now it’s Sasha Luss’ turn in Anna. The rest is unimportant to him. Russia? Okay, let it be Russia, who cares.

From the very beginning, it is crystal clear that no one working on Anna paid any attention to accuracy of any kind. Scene one: 1985, an old and evil KGB general arrests several American agents and literally sends their heads to the CIA. Scene two: 1990, a French headhunter from a modeling agency hires Anna, an innocent-looking blonde wearing a Russian shawl, right at the market where she sells matryoshka dolls. Of course, she is an undercover KGB agent who has already killed dozens of people, one of them with a fork (don’t worry, you’ll see it later, as the movie is full of flashbacks).

A few months down the road, Anna will be a lot of things: double agent, triple agent, lover of men both from the KGB and CIA; basically, something close to a war goddess single-handedly eliminating dozens (if not hundreds) of soldiers… You name it. And she remains an extremely beautiful, clever and ruthless supermodel. Yes, Russian women are that cool. In Besson’s mind, at least.

Anna’s plot is twisted, close to insanity and predictable at the same time. Who in 2019 would think that the eponymous character of the movie, shown as a superwoman working for two secret services, will in the end play her own game? Everybody. 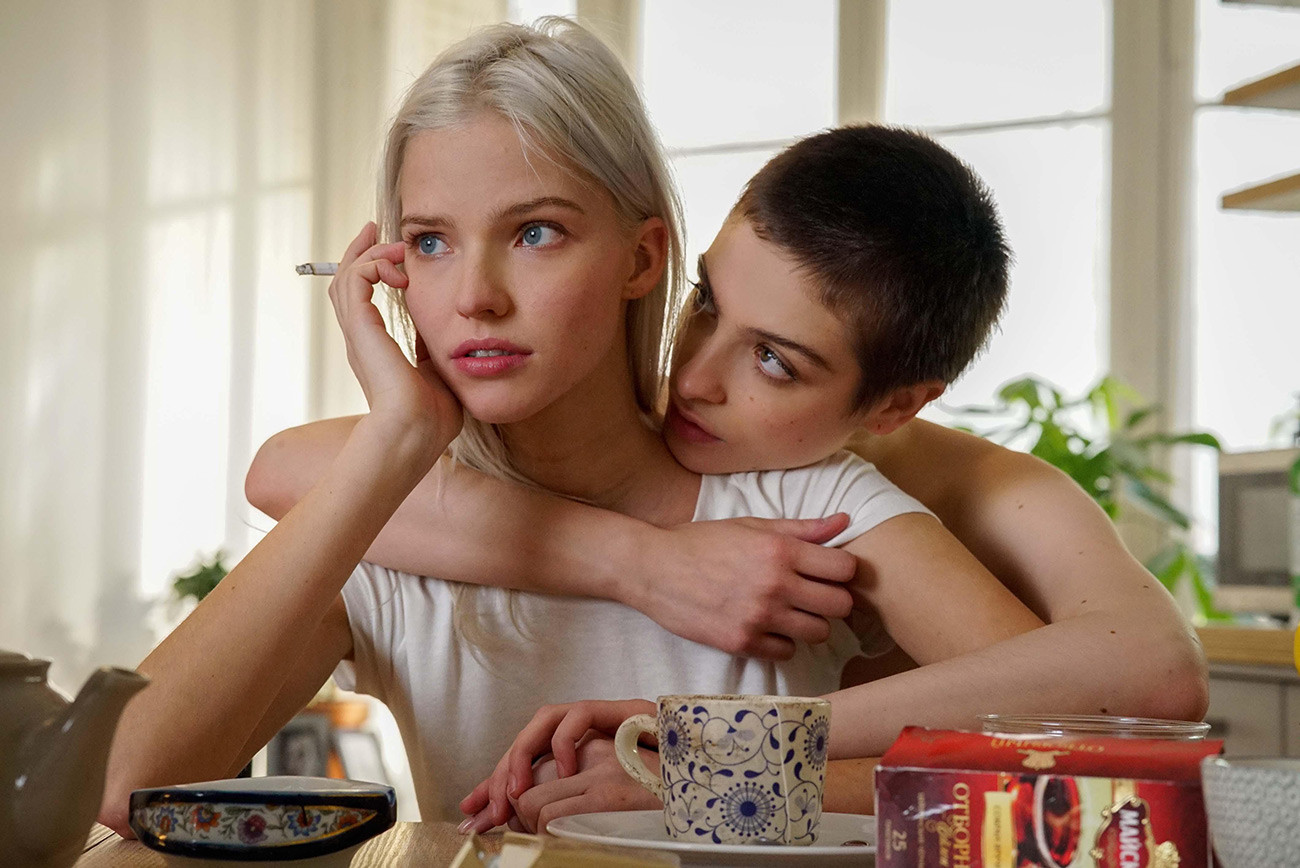 Yes, there is also a lesbian love line in 'Anna' which turns a love triangle into a square.

The plot, however, is not the main factor that gives Anna the undying, everlasting glory of being so brilliantly bad for Russian viewers – rather, it’s the way Besson shows 1990 Moscow and the people who live there. Where do I begin? First, while characters move around Moscow in visibly Soviet cars, every now and then we see street details that became a part of the city's landscape only two-three years ago. Lots of foreign cars, showcases of expensive international brands, coffee shop chains… even people born after the fall of the Soviet Union can see that it has nothing to do with the late 1980s.

Moreover, during one of the numerous flashbacks, Anna, who shares a Soviet hellhole apartment with her drug dealer criminal all-tattooed boyfriend Pyotr, tries to apply to the Soviet Navy… using a laptop. For God’s sake, even Mikhail Gorbachev didn’t have a laptop in the 1980s, let alone drug addicts! 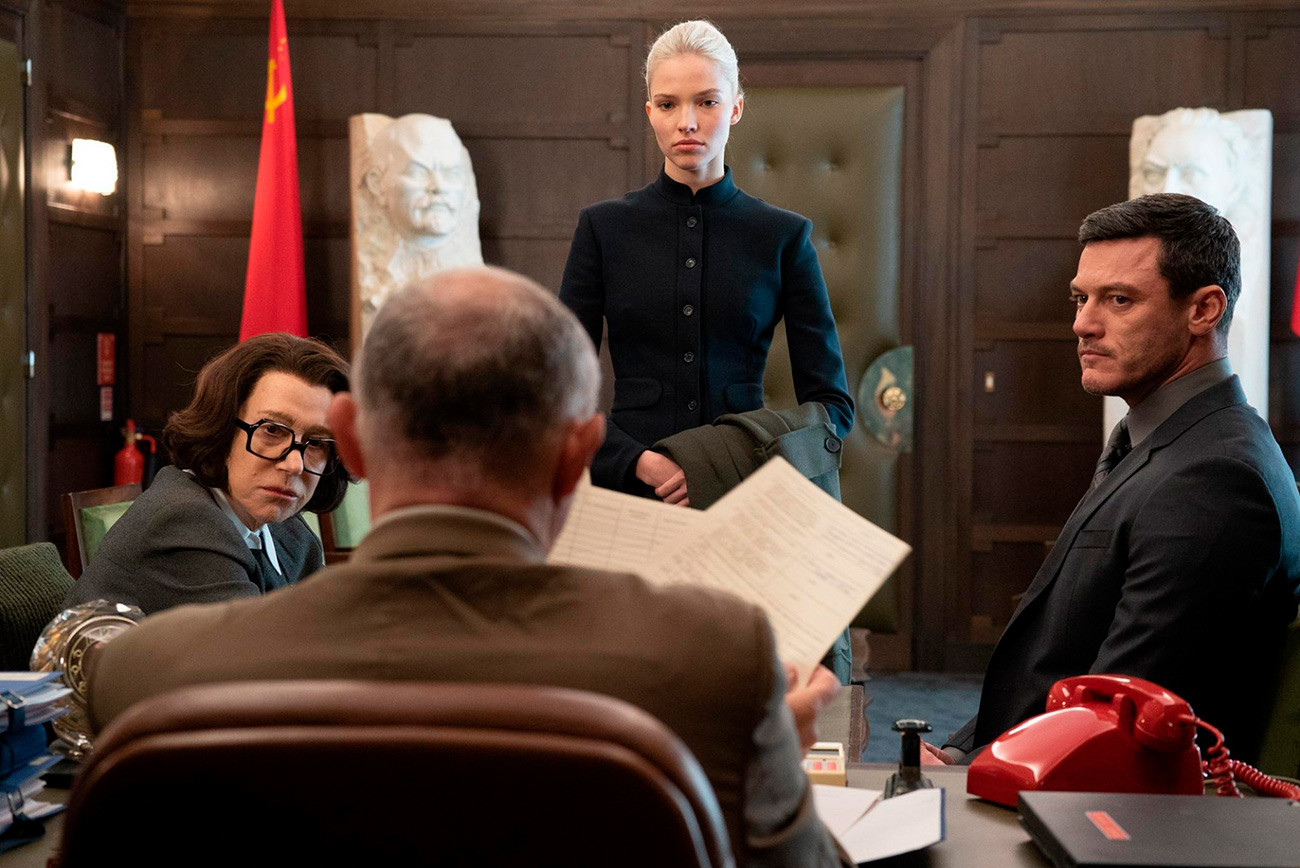 They all work for the KGB, baby!

By the way, Pyotr is played by Alexander Petrov – one of the most popular contemporary Russian actors. Their scenes with Sasha Luss look surprisingly credible (unlike the rest of the movie): it is a rare pleasure to see two real Russians cast to play Russians in a Western movie. But happiness never lasts (spoiler alert): Pyotr gets killed very quickly and from then on the key Russian figures in Anna are KGB agents played by Luc Evans and Helen Mirren, who, of course, speak English. Anna also switches to English which sounds really weird: ordinary Russians speak Russian, but Russian KGB agents use only English amongst each other. Well, those cunning Russian spies…

When trying to show the ambiguous and philosophical nature of the Russian soul, Besson joyfully steps on every cliché landmine possible. Anna and her KGB boss Olga (Helen Mirren) throw at each other long quotations from Dostoevsky and Chekhov, along with the phrase “I work for KGB, baby” (I doubt if any actual KGB agent has ever said that). Anna, with a completely straight face, says: “Matryoshka is a woman inside of a woman inside of a woman” – which it is, but interpreting this traditional Russian toy as a feminist symbol, which Anna does, is quite strange. And, of course, they say ‘na zdorovie’ when drinking. For the thousandth time, dear Westerners: no Russian ever says that because such a toast is Polish!

At a certain point you start to suspect that Anna is a parody rather than a real deal action film, something whose goal is to mock the usual spy-related blockbusters, something closer to The Naked Gun series with Leslie Nilsen rather than to Bond movies.

Once you notice that, then it makes much more sense. Seriously, when the KGB boss played by Helen Mirren says she limps because they had thrown her from a helicopter in Siberia in order to complete her training and to fight bears, and then she lights her cigarette from a giant grenade-shape lighter… well, it’s impossible to take the film seriously.

Just to be clear: I have no idea if Besson intended to make this a comedy of sorts. If so, he is a brilliant director and master of tongue-in-cheek parody. If no… well, he is still great, because making something that bad also takes a lot of talent. There are dozens of well-made movies each year but Anna is such beautiful trash that you’ll never forget after laughing hysterically at this ‘portrayal’ of Russia.

Also, we have to agree that Besson’s film is absolutely not anti-Russian. “Everyone is bad in this movie: Russian, Americans, French, they’re all the same,” he said in an interview with Forbes Russia and this is well-seen in the movie. “You are better than the KGB, aren’t you?” Anna asks a CIA agent played by Cillian Murphy. “Well, historically – yes,” he answers, only to order a man’s finger chopped off a minute later.

For Besson, all these spies are all the same, so why praise or criticize Russians or Americans? His Anna is all about fights, car chases, pseudo-deep psychology – and a very beautiful Russian woman on top of it. What a blessing that there are some eternal values in our world.

We have a separate article on Sasha Luss, who starred in Anna - check it out in case you want to know more about this Russian model.