5 Russian poets with the most tragic lives 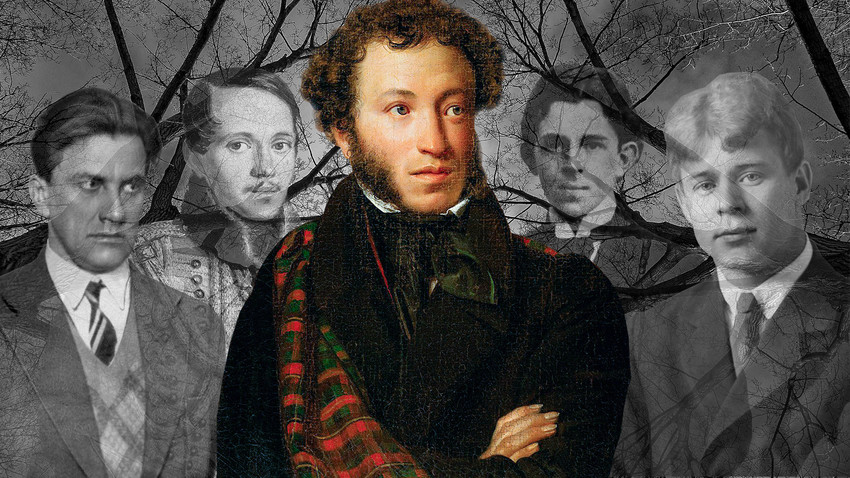 Tretyakov Gallery, Getty Images, Global Look Press, Pixabay
All poets in Russia suffer a lot. It's believed that good poetry can only be born out of great pain. We have selected five poets with particularly tragic life stories. 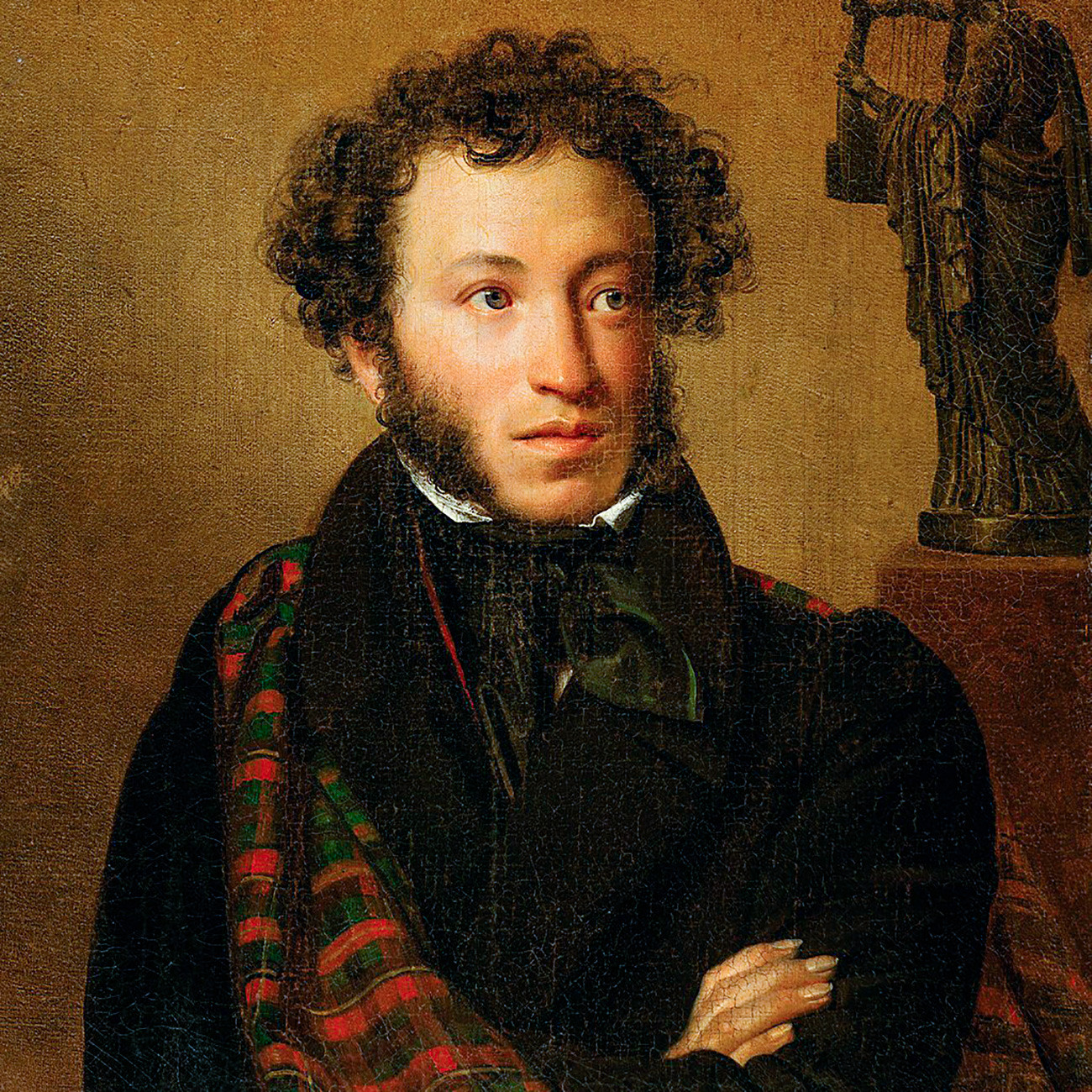 It would be wrong to say that the great Russian poet lived a life of deprivation. However, to him it seemed that fate and people were cruelly unjust to him and that he had many reasons to feel miserable. First he was an unloved child, then – as a young man - he felt deeply about what was happening in Russia and wrote political as well as some obscene verses, for which he was eventually sent into exile first to the south, to Moldova and Odessa, and then to his own estate in Pskov Region (390 miles west of Moscow).

There he suffered too, from almost everything: unrequited love; being so far away from his friends and the capital. It tormented him that he had been unable to take part in an uprising against the tsar, and then that its participants had been executed or exiled to Siberia.

Later, he was distressed that his debts and humiliating low rank at court prevented him marrying. When he finally married, he was tormented by jealousy. But the real tragedy struck when he challenged his wife’s alleged lover to a duel, was mortally wounded and, mourned by all enlightened Russia, died three days later, at the age of 37. 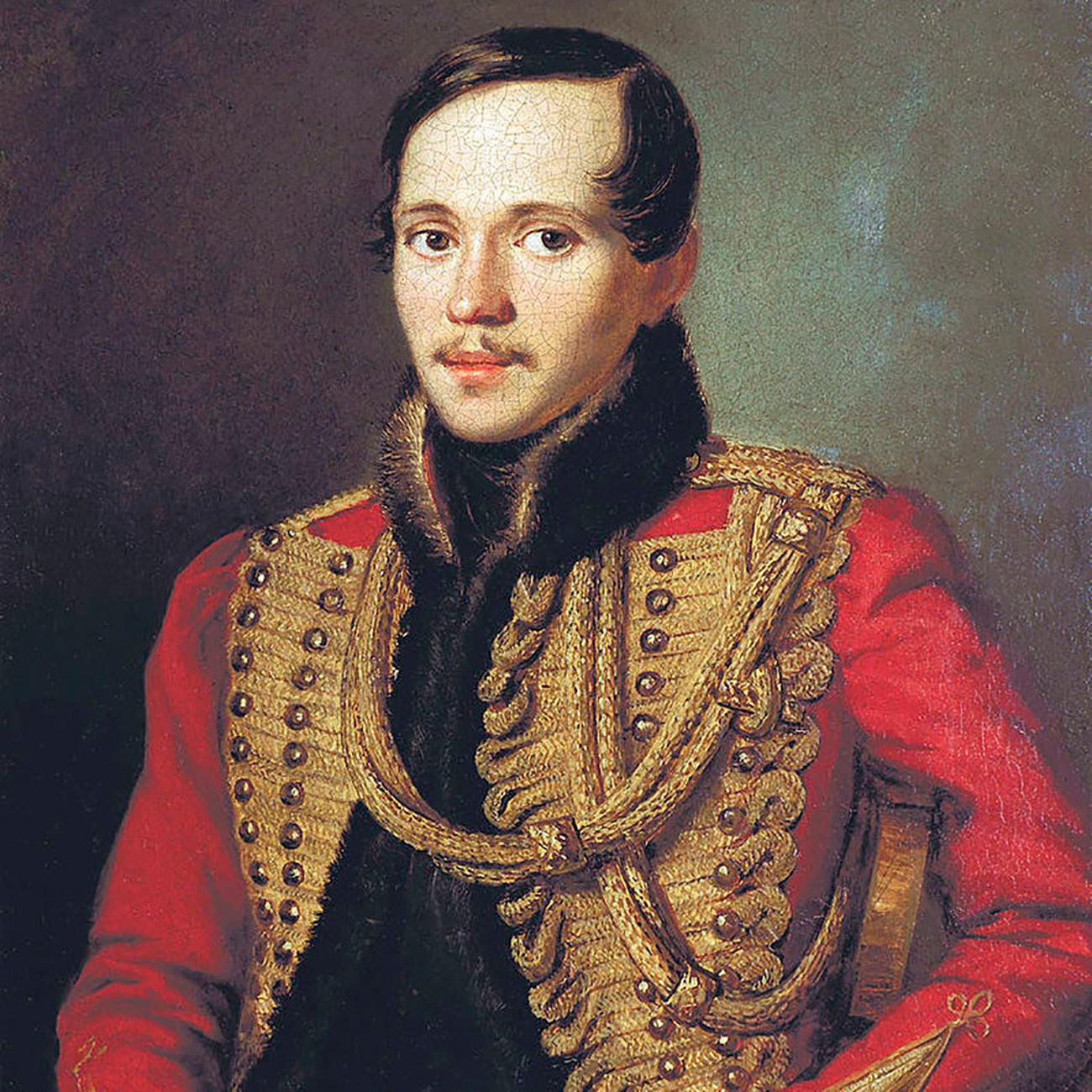 One could say that Lermontov 'contracted' an air of tragedy from Pushkin himself, since he became famous after penning a poem written to commemorate the poet's death. In that poem, Lermontov managed to convey the tragedy of the great poet's life and death and accused those who, in his opinion, were responsible for Pushkin’s death.

In fact, Lermontov was perhaps an even more romantic character than Pushkin. A sickly orphan raised by his grandmother, he was forever in opposition to the rest of the world, acutely aware of its injustice towards him, and always felt like an outcast. He suffered from censorship and the secret police, whom he hated, believing that those blue uniformed thugs were traitors to Russia.

However, his main suffering, of course, had to do with love. Lermontov was hardly a handsome man and had a nasty temper, so it is perhaps not surprising that he was not particularly popular with women. His chronic mood was that of longing and despair. In society, he behaved like a real misanthrope and, in the end, his sharp tongue cost him his life. He insulted his friend Nikolai Martynov in the company of a lady, Martynov challenged the poet to a duel, shot him in the chest and killed him. Lermontov was just 27. 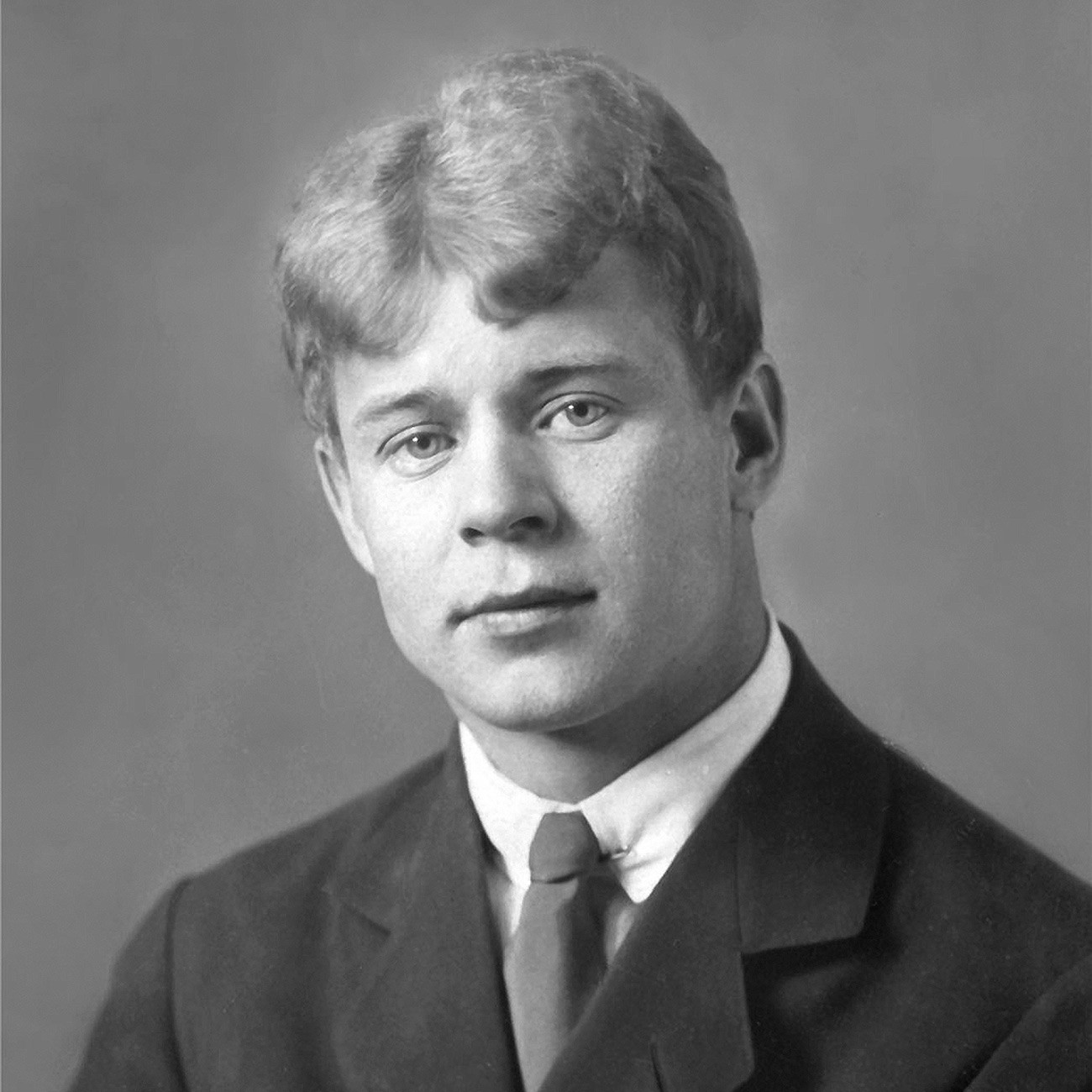 Reading the heart-rending verses by this hooligan poet (as he called himself), you soon realize that he was a very passionate character, who lived a fast life. That is why absolutely everything caused him anguish. He was frequently infatuated by women, but very soon tired of them and broke up. He was moved to tears by the landscape of his place of birth, a village on the Oka River, but he left it and moved to the capital. There his heart was filled with pity for his elderly parents, whom he had left behind.

He began to drink a lot and would often go on drunken rampages, such that the authorities became worried about his mental state and put him under surveillance. Then his mental torment reached a critical point. Yesenin noticed that he was being followed by a shadow, but in his drunken state, he could no longer understand whether it was an NKVD agent or his own 'dark' side — these torments are reflected in his poem The Black Man. In 1925, the poet was found hanged in the Angleterre Hotel in St. Petersburg, with a poem written in blood left on his desk.

The official theory was that he committed suicide, but there is still speculation that he may have been killed by NKVD officers, who then staged the hanging. The hotel room was in disarray and there were strange abrasions and bruises on the poet's face. 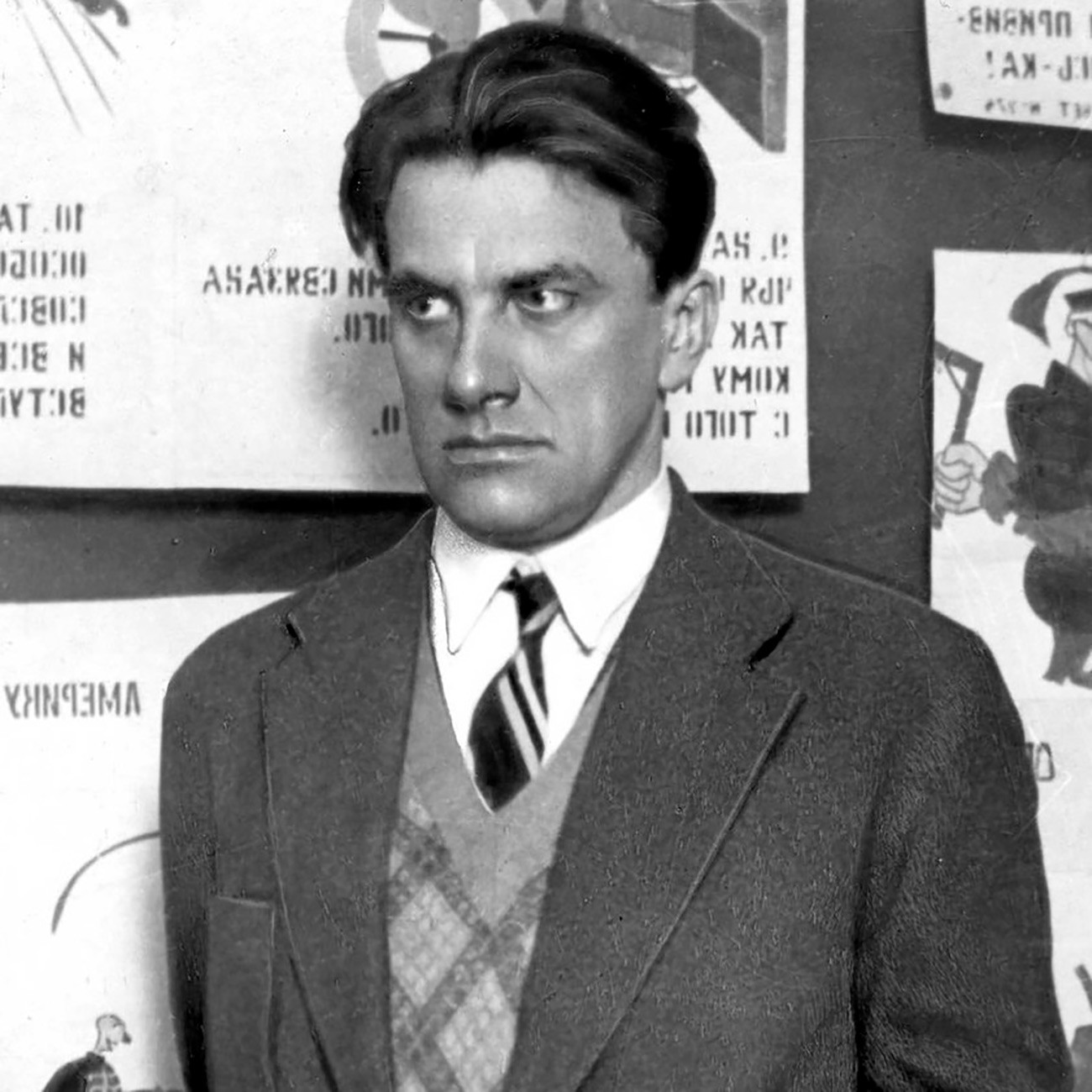 In the early years of the Soviet Union, suicides were not uncommon among artistic people, who found it hard to cope with the collapse of their revolutionary ideals when it became clear that instead of a new free life, the revolution had ushered in dictatorship, the NKVD, censorship and executions.

Mayakovsky was one of them. For him, things were further exacerbated by a troubled personal life as he was caught in a love triangle with Lilya and Osip Brik. Lilya was even accused of being a witch and of having driven the poet to suicide: she was a volatile and demanding character (and lived to be 86 years old). It was said that Lilya was feeding off Mayakovsky’s fame: he confessed his love for her and dedicated to her poetry full of heartache, while Lilya only asked him for money.

In 1930, at the peak of his fame, the poet shot himself in his apartment, across the street from the NKVD headquarters, the Lubyanka. The apartment is now the Mayakovsky museum. In his suicide note, the poet asked not to blame anyone for his death and bequeathed his archive to the Briks. However, there were those who believed that Mayakovsky too was killed by the NKVD and that the operation was carried out by Veronika Polonskaya, who had an appointment with him and who found his body. 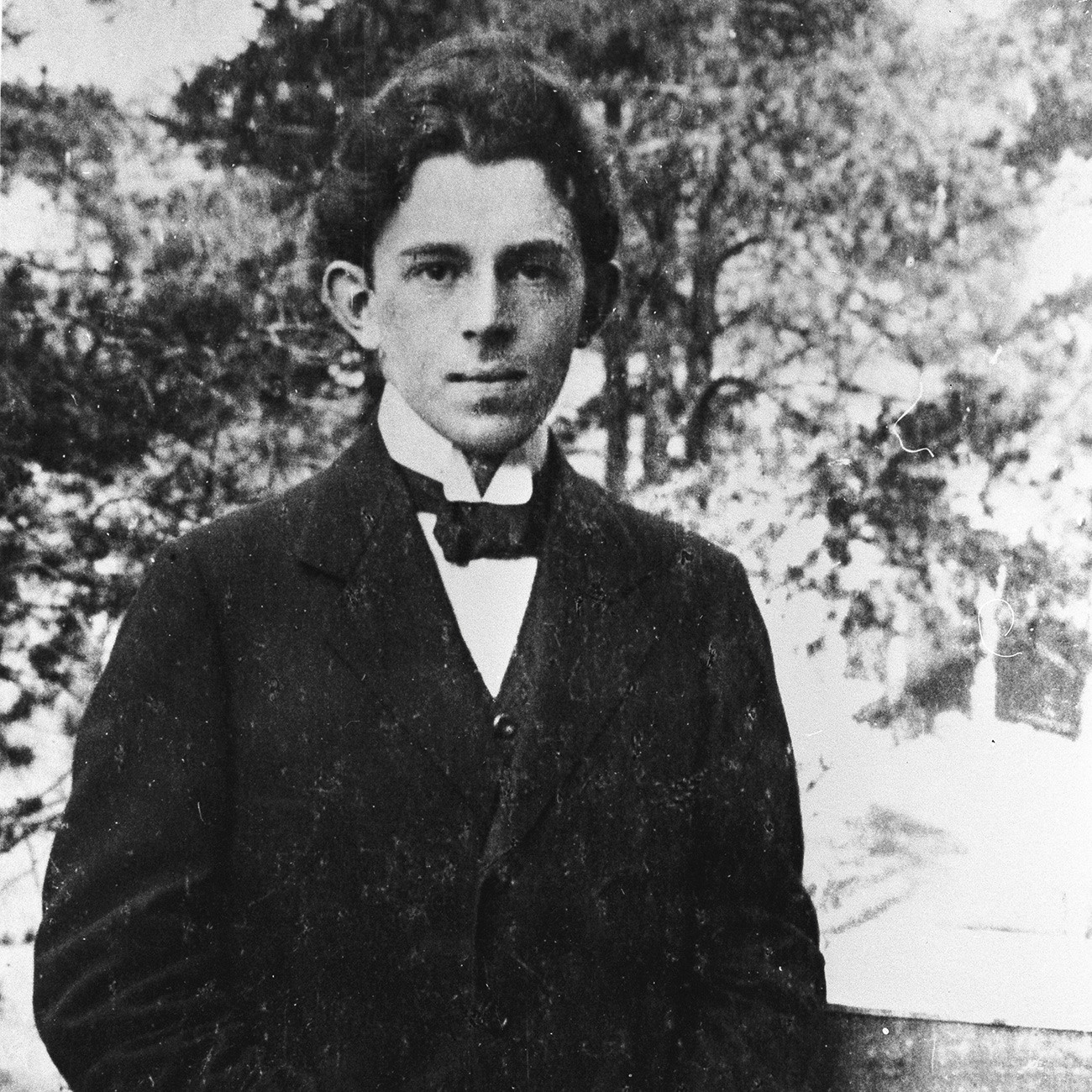 Born into a wealthy Jewish family, Osip was deeply affected by its financial ruin. Another source of suffering for him was the stigma of his Jewish origin. He was even forced to convert to Christianity in order to be able to study in a Russian university (his parents did not have the money to pay for his education in Europe, where he studied at first).

In terms of his looks, Mandelstam was rather ill-favored, with big ears and a big nose, but inside he was a real romantic hero and a lover of antiquity. The mismatch between his looks and his inner world, as well as the ridicule he often had to endure from others brought him a lot of pain.

His troubles worsened when, already a famous poet, he was subjected to complete oblivion under Stalin. His 'decadent' poems did not pass Soviet censorship and there was a ban on publishing his 'unpatriotic' works, which was like a death sentence for the poet. Furthermore, he lost his livelihood and had to earn a meager living working as a translator.

In despair, in 1933 he committed a fatal mistake: he wrote a brilliant anti-Stalin epigram “We are living, but can’t feel the land where we stay”, in which he called Stalin 'the Kremlin Highlander' (hinting at the Soviet leader's poor education), and shared it with his friends. Although at the time, he was punished just by exile to Voronezh, it was only his wife, Nadezhda Yakovlevna, who saved him from suicide.

At the height of Stalin's purges in 1938, when Mandelstam's name came up again, he was charged with anti-Soviet agitation and sentenced to five years in the Gulag for his 'obscene and slanderous' verses. That was when real tragedy struck. Mandelstam, who was of poor health and ill-suited to coping with the hardships of everyday life, died during transportation to a camp in the Russian Far East, of typhus, according to the official theory.