6 best Russian doomsday movies depicting the world after the apocalypse 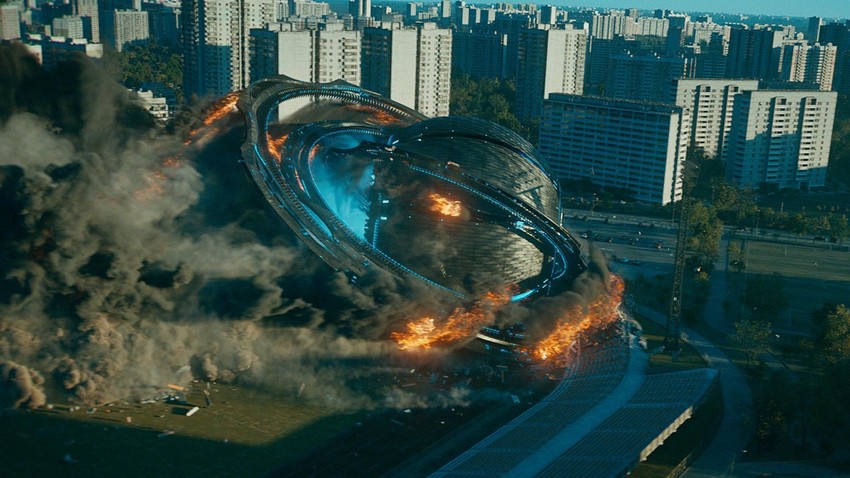 For an unknown reason, most countries on Earth stop responding to any signals and communication with them is lost. At the same time, cosmonauts in orbit observe a small circular zone over eastern Europe. On Earth, outside this circle, the military finds only the shocking traces of clashes and lots of dead bodies.

The Blackout is a movie about a war of the worlds in which the main role is left to the Russian military. They try to establish what caused the apocalypse and, while they’re at it, demonstrate the full force of Russian arms. “Blade Runner meets Black Hawk Down, except the action takes place in Russia,” is how the film’s director, Egor Baranov, describes it. The epic blockbuster was included on the Cinequest festival shortlist in San Jose, California, and has been released in 25 countries around the world.

What if humanity halted its development and animal instincts became paramount for us? Aggression, protection of offspring, spontaneous sexual attraction - all this would get out of control and the world would revert back to harsh natural selection.

Involution is the director’s dystopian vision of Darwinism gone into reverse. Khvaleev made the film in co-production with Germany. “We tried to adhere to an art-house style in the movie, rather than going for imitation of mainstream Hollywood,” the director said. This approach only added to the film’s originality: A minimum of special effects and more psychological drama against the background of a world gone mad.

A Russian variation on the themes of ‘Arrival’ (2016) and ‘District 9’ (2009), the film is about an alien invasion that carries a potential threat to the whole of humanity. Out of the blue, an extraterrestrial spacecraft crash-lands in Moscow’s dormitory Chertanovo suburb. People are in a panic and the military are no less shocked (although they are also responsible for what happened, courtesy of their permanent confrontation with NATO) and only a young couple in love from Chertanovo dare establish an unfathomable “first contact”.

“Attraction is the first Russian movie in the ‘young adult’ category. It occupies the same ground as Twilight, The Hunger Games and The Maze Runner,” according to Russian film critic Anton Dolin. If you are a fan of the genre, then this movie is definitely for you. Everyone else will be interested to see a favorite Hollywood storyline with a Russian twist. Incidentally, the movie dispenses with any bombastic patriotic agenda.

In 2019, the movie had a sequel - Invasion (Вторжение) - with a new alien threat and a spectacularly flooded Moscow.

People in an ordinary Russian village learn from the television that the world will come to an end in 24 hours and start doing things they would only dare do in these exceptional circumstances.

In 2013, the comedy drama was noticed by movie critics and sent to Cannes to be screened out of competition. “I attempted to make an international story that would be understandable to any person in any corner of the world,” the director said. After all, when facing the apocalypse, we all want the same thing.

The premise of the entire movie is that it purports to have been shot on the mobile phone of a teenager who goes on a two-day trip to Finland with his mother. Finland is just a stone’s throw from their native St. Petersburg and going shopping to this European neighbor has become a kind of local tradition. The mock documentary begins on a tourist coach and ends with a shopping spree in a Finnish hypermarket near the border, where the main story unfolds: The son and mother, along with other tourists, are locked in the shopping center. And that is when they become a hunted quarry.

In 2012, this not-so-classic zombie apocalypse story was lauded at film festivals for its “humor and bold interpretation of the genre”. And we also recommend it for its rare realism - watching this film is both funny and scary.

A Soviet disaster movie about a nuclear explosion at a US military base. All around, the earth is scorched, there are radioactive ruins and people are trying to survive in basements and bunkers. The main protagonist, Professor Larsen, is looking for the causes of what happened and an answer to the key question: How can one live after a nuclear apocalypse?

‘Letters’ came out in the year of the Chernobyl disaster (by mere coincidence) and shocked the Soviet audience. Admittedly, the director, a convinced follower of Andrei Tarkovsky, uses the movie to focus not on the horrors of “nuclear winter”, but on the metaphysics of man: Who is he and why is he in this world?