Why do Russians have decorated window surrounds? 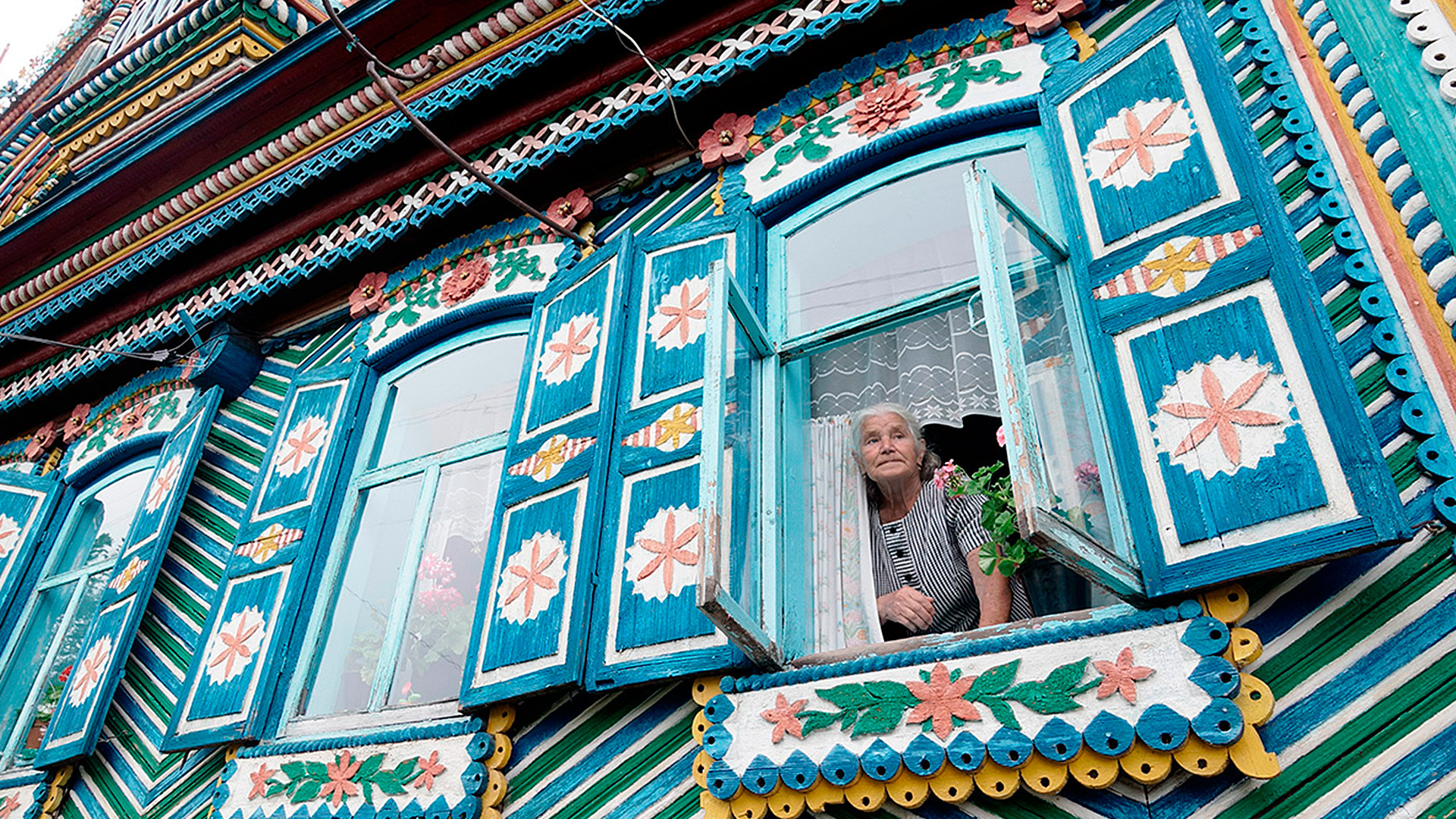 The house of blacksmith Kirillov in Sverdlovsk Region.

Butsenko Anton/TASS
It turns out, the ancient art of wood carving can tell a lot about the owners of a house, from their material wealth to their political convictions.

If you have ever been to a Russian village, you will probably have noticed that all traditional wooden houses without fail have some form of decorative carved elements around their windows - they’re called nalichniki. They are beautiful to look at - you often can’t take your eyes off them! But, it turns out, they are not just there for their beauty.

A Russian window surround has two main functions. One is purely practical: It covers the gap between the window frame and the log wall to stop draughts from getting in through the gaps. But the other is decorative - to enhance the building by highlighting its windows. And for a long time this was actually the primary function. 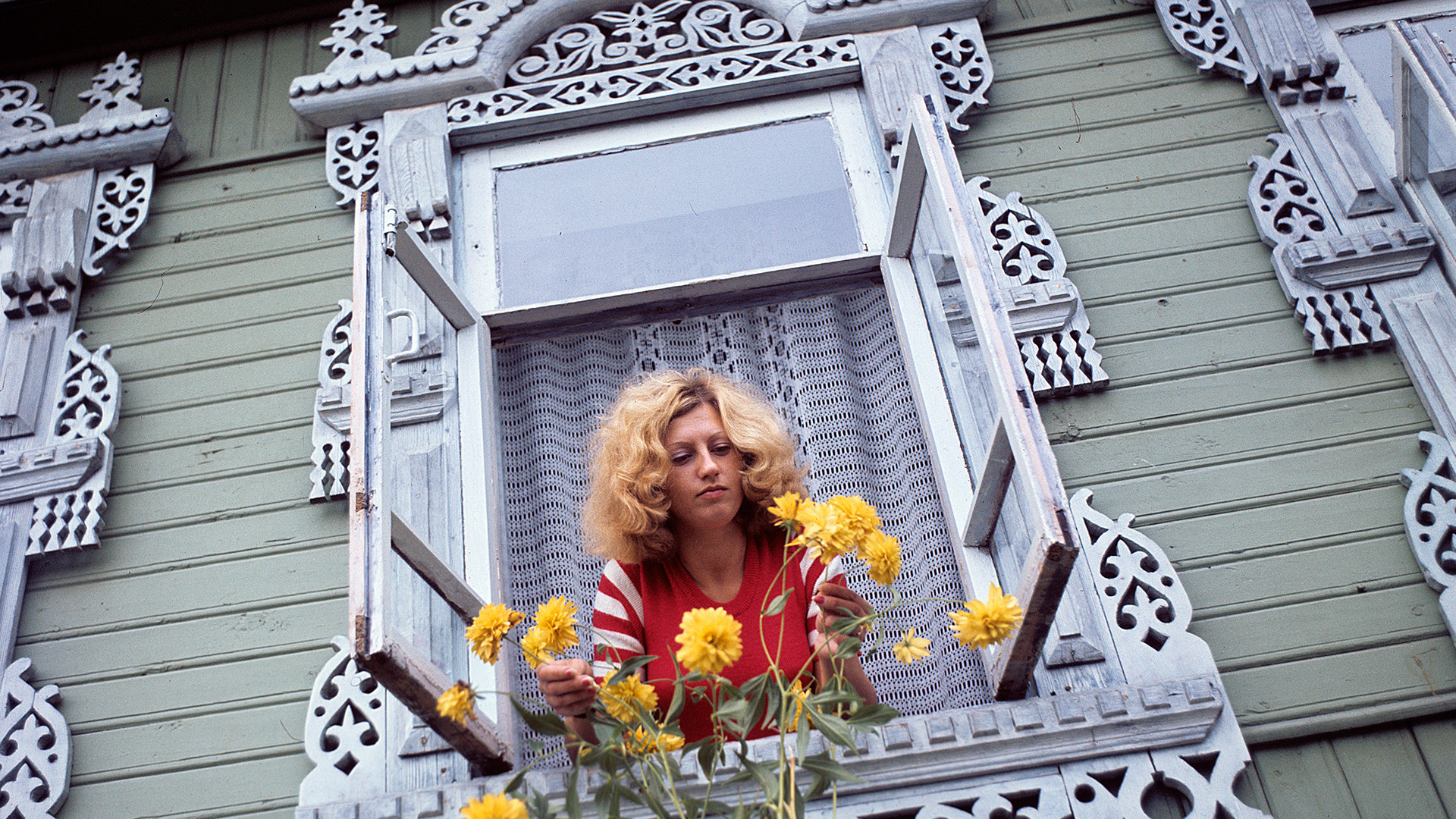 “Initially, a window surround was regarded as an element of the stone architecture of Europe. It came to Russia when Italian architects started being invited here,” says Ivan Khafizov, a photographer who set up the Nalichniki.com virtual museum. Since 2007, he has been travelling around the country in search of the most interesting window surrounds. “Among the first Russian buildings with stone window surrounds were the Church of the Ascension in Kolomenskoye and the Ivan the Great Bell Tower inside the Kremlin - this was at the beginning of the 16th century.” 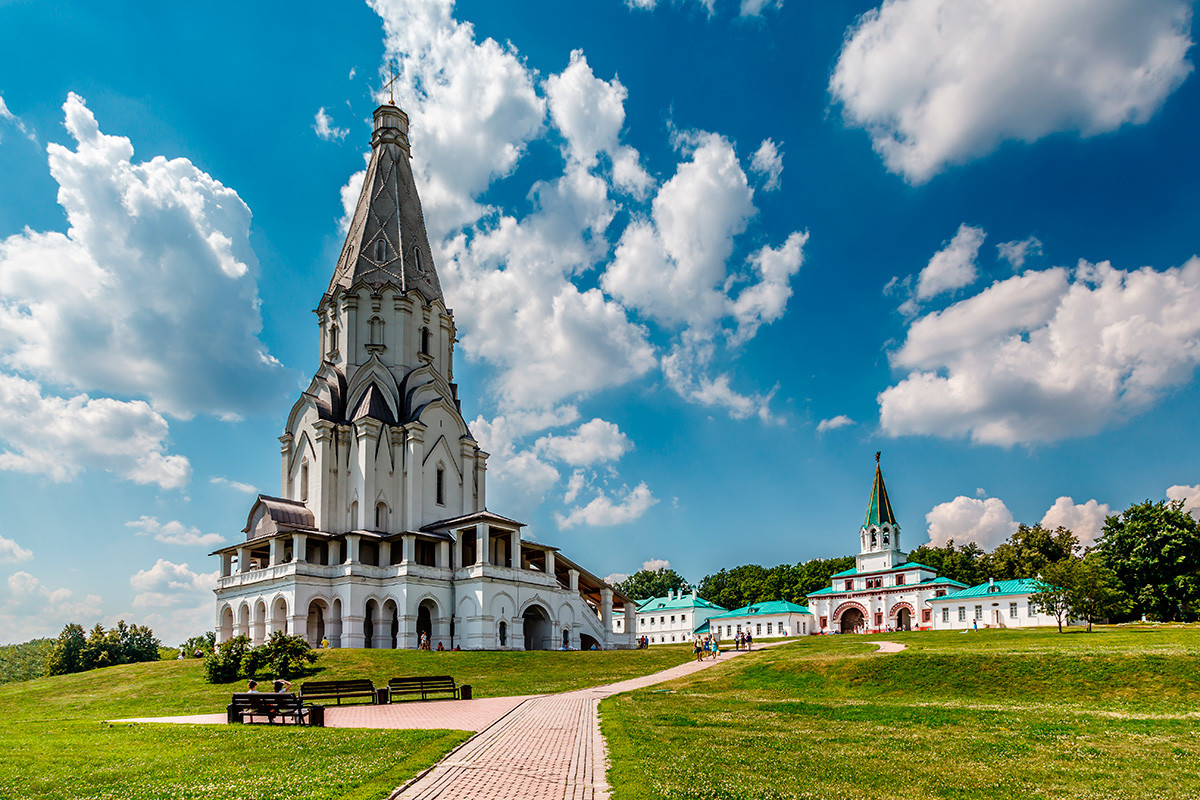 Church of the Ascension in Kolomenskoye.

As for window surrounds made of wood, they appeared later, approximately from the 17th century onwards, as glass windows spread across Russia. Until then, windows had been very small and closed by shutters to prevent the warmth of the house from escaping. In fact, the more windows a house had, the more well-off its owner was. Beginning with Peter the Great, glass production started developing in Russia and, gradually, first the homes of the affluent classes and then of the peasants began to have windows as we know them today. The space between the window frame and the wall was filled with fiber caulking to protect against draughts and then the whole gap was covered by wooden boards. 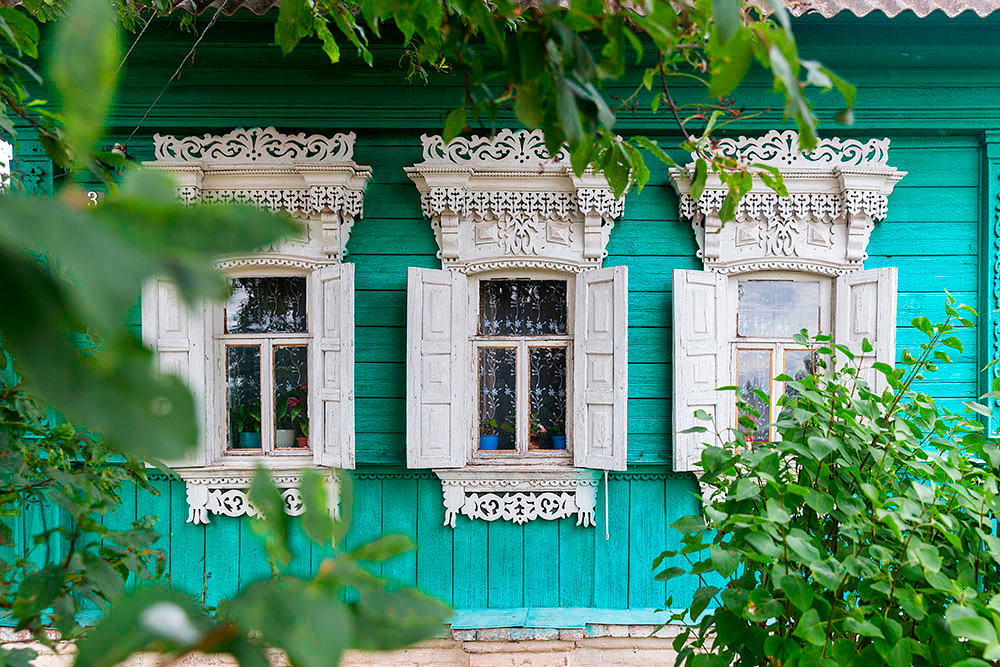 Most likely, the peasants noticed the window surrounds on the houses of the boyars and noblemen, but since stone was a very expensive material they simply copied the same designs using wood, according to Ivan. “It is European architecture transferred to Russian realities, so to speak.”

Where in Russia will you find the most beautiful window surrounds?

Initially, houses were decorated according to Italian canons: On the sides, there was a segmental pediment (“arch pediment”) and in the middle, a triangular one. Subsequently, identical window surrounds were made everywhere. Among houses dating from the turn of the 19th-20th centuries, the Italian tradition can only be detected in the town of Sevsk in the Bryansk Region. 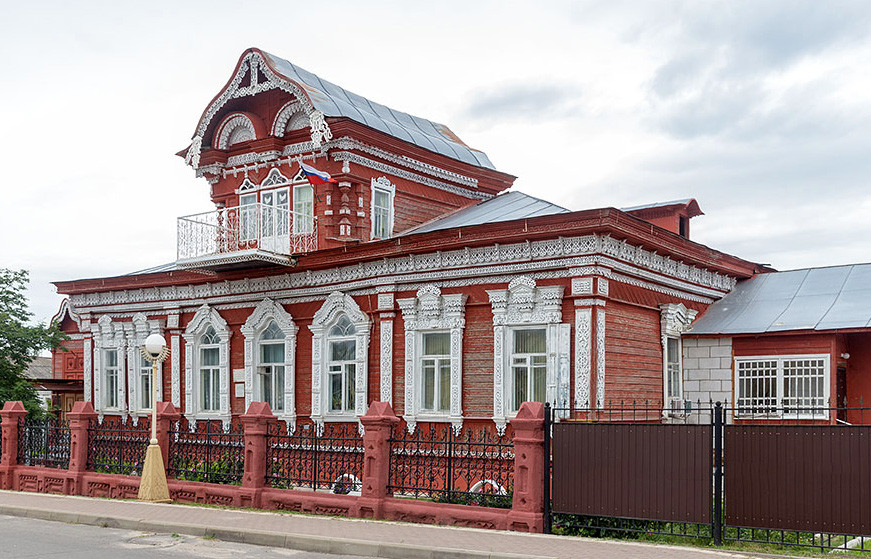 In southern Russia, in addition to window surrounds, painted or carved shutters are also made - this is, of course, to do with the large number of sunny days there are there. 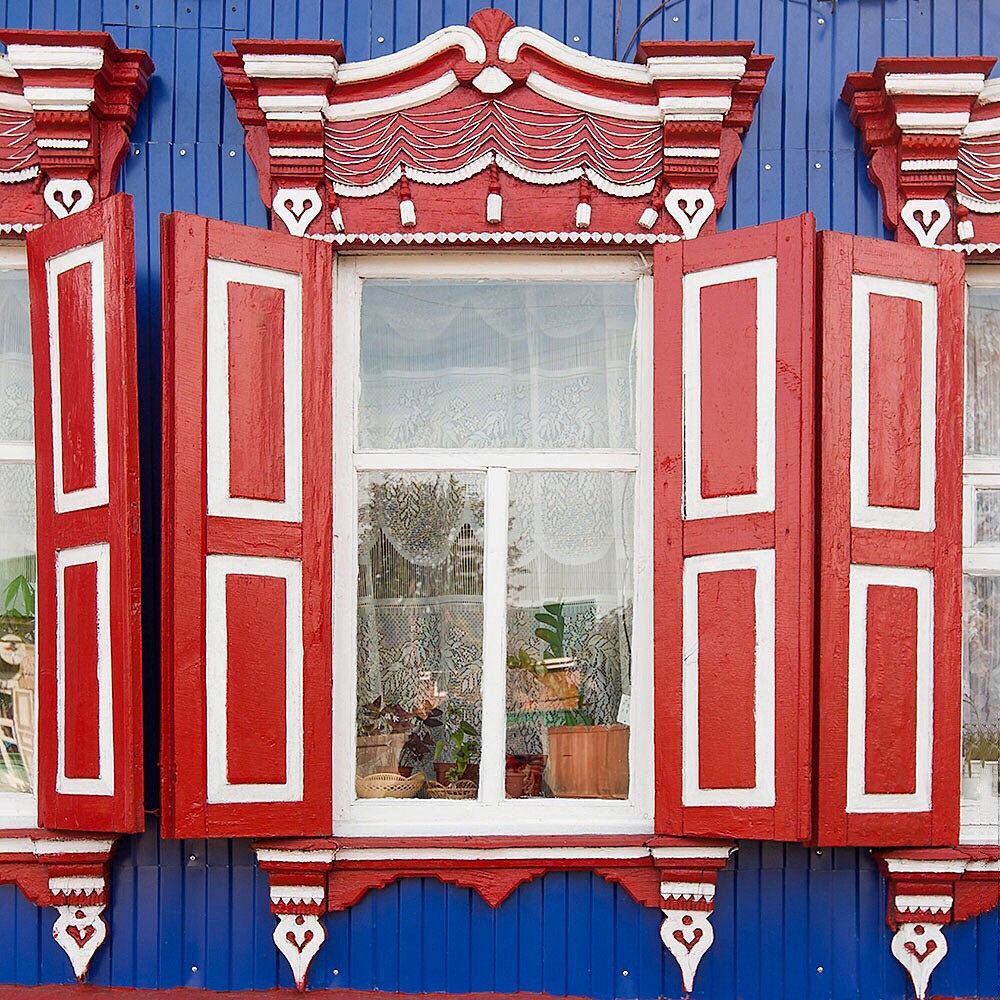 Ivan suggests that the most intricate carving should be sought in Siberian towns and villages. “Siberia was our Alaska, the gold mining region where people went to make money,” he explains. “And they used to commission woodcarvers from St. Petersburg. Mansions in Siberia are enormous, with windows twice the size of ordinary ones, and window surrounds have the most fanciful patterns there.” Also, Siberia had no shortage of material: Resinous conifers make the best wood for window surrounds. 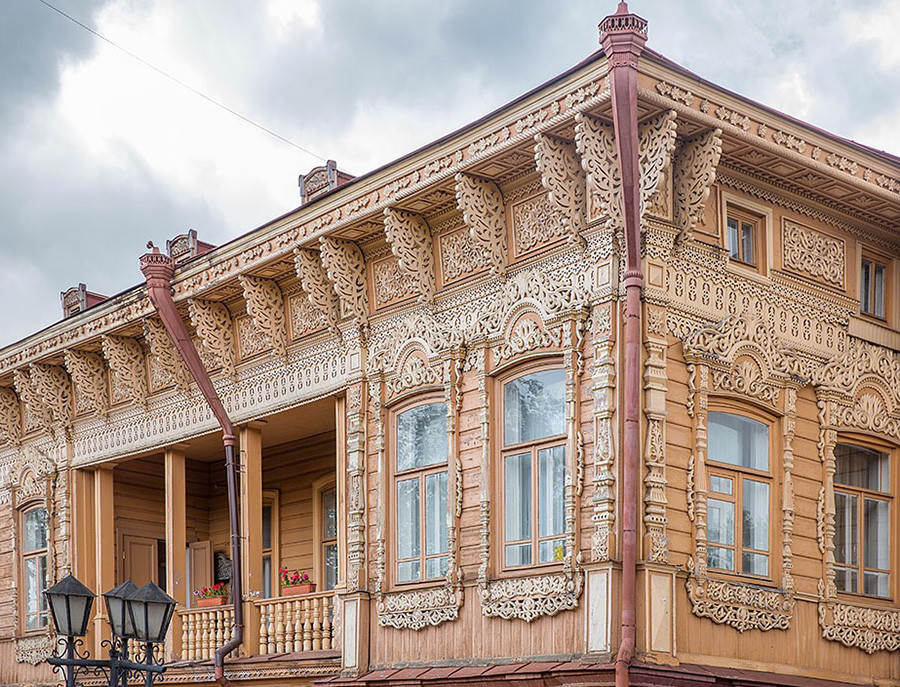 In Siberia and Nizhny Novgorod carved relief designs were common. 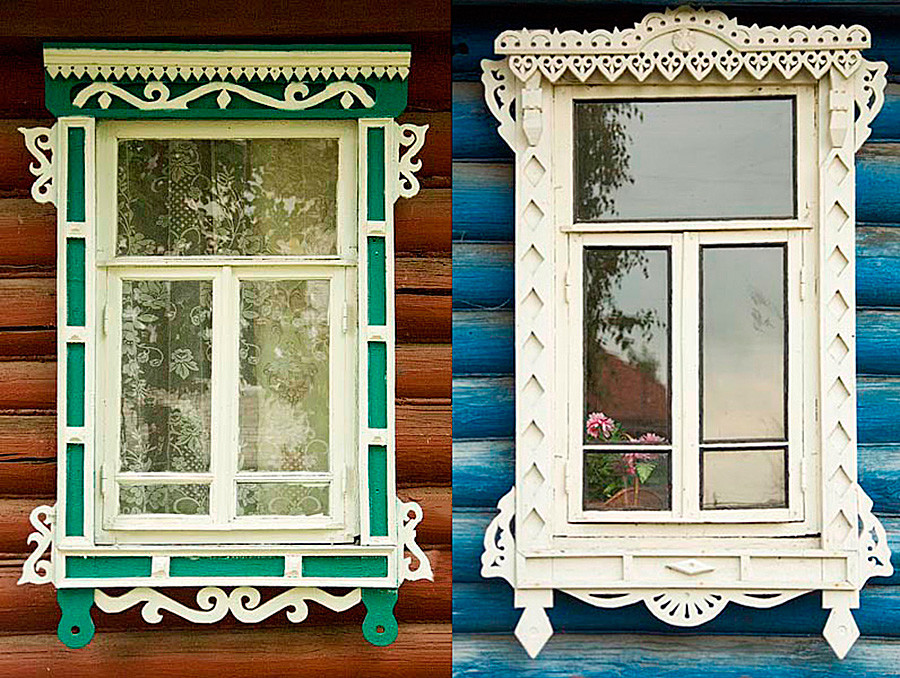 But in other regions, window surrounds decorated by piercing the wood to create a lacework effect are more widespread. Many interesting examples of window surrounds ornamented with lacework carving still survive in Buryatia, Udmurtia, Chuvashia and Tatarstan, as well as Guslitsy, Taldom and Kimry in Moscow Region. 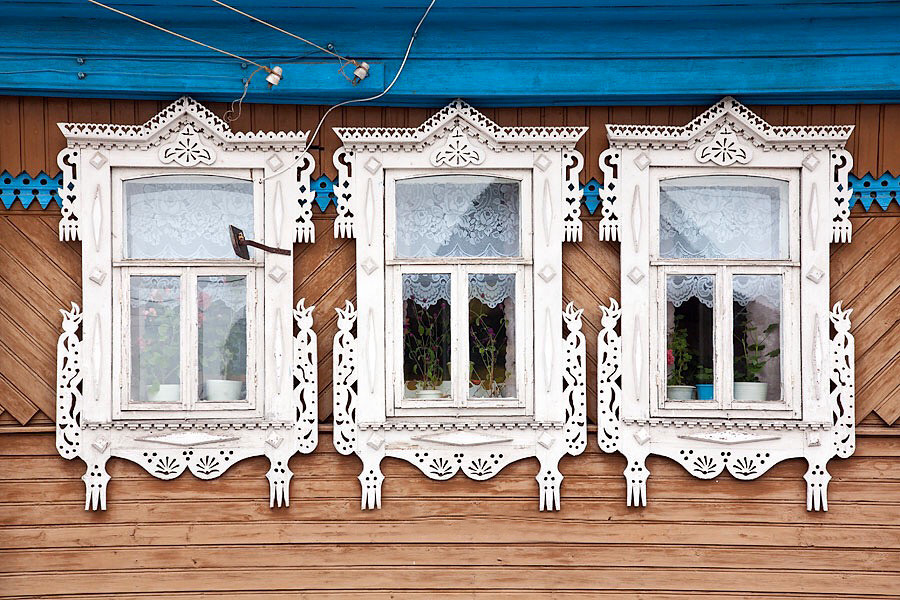 What do the designs on window surrounds mean?

If you examine the designs closely, you can often see flowers, scrolls, stars or birds. Some people think that window surrounds provided protection from the ‘evil eye’, but Ivan says that the first mentions of this appeared only in the 1980s and, in any case, the patterns were very similar in different regions inhabited by people of different faiths. Woodcarvers themselves believe that the patterns only have a decorative function.

“In the old days, window surrounds were made by woodcarvers’ cooperatives which copied one another’s patterns and circulated them around the country,” says Aleksandr Saltykov, a master carpenter from Moscow.

At the workshop with students.

Patterns were passed from generation to generation, and woodcarvers sought inspiration in the most mundane things - embroidery, wallpaper, or packets of soap or butter. After all, the peasants didn’t have architectural design magazines of any kind.

In Soviet times, window surrounds with hammer and sickle motifs, as well as portraits of Stalin, appeared. And today, it is a free-for-all and entirely up to your own imagination. 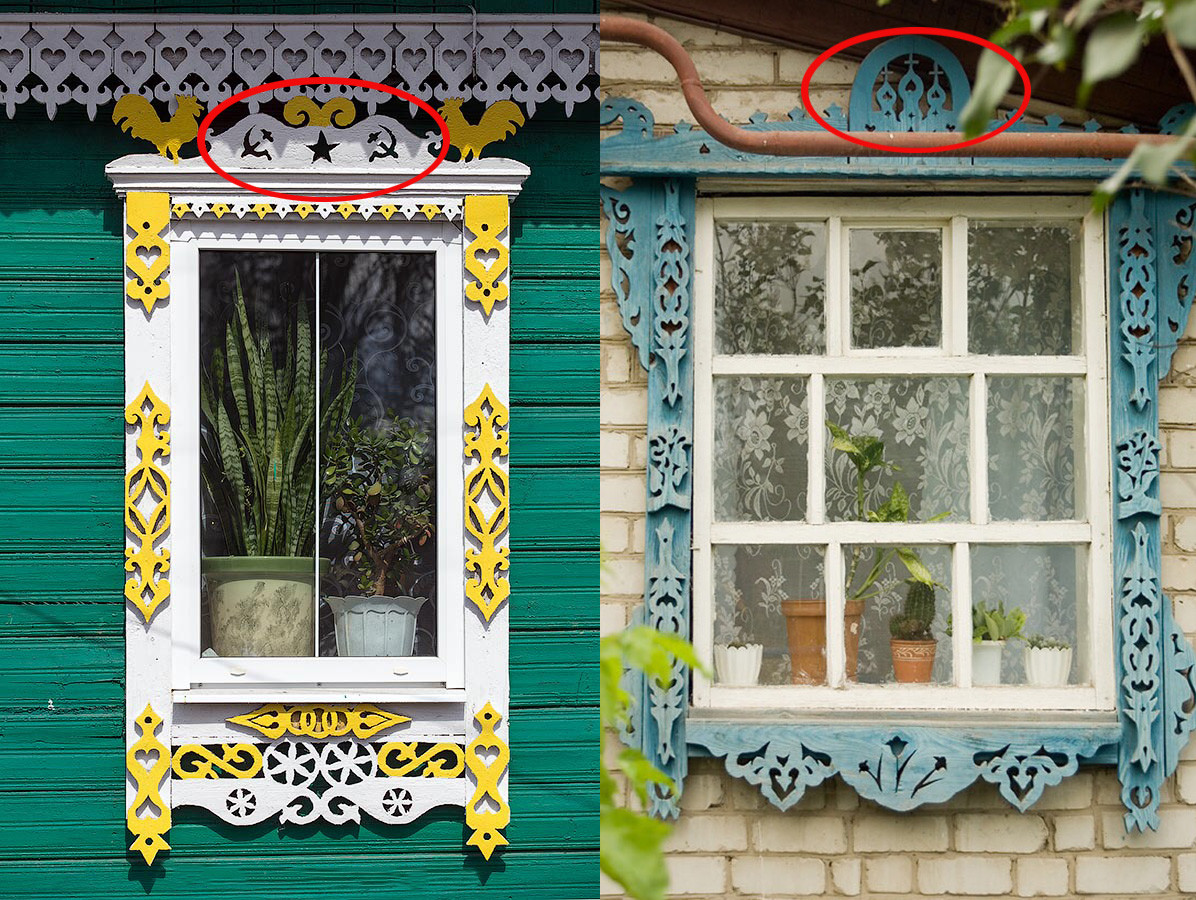 In the village of Navashino in the Nizhny Novgorod Region, Ivan found a house with window surrounds decorated with church symbols, and in Perm one with playing card suits.

“Today, we mix together the most diverse elements and different styles, from Art Nouveau to Classicism,” says Aleksandr. “Nowadays people are very interested in creativity. People who come to my classes want to learn how to restore old rustic window surrounds on their own or to make new ones for their houses, even if from a practical point of view it is not essential.”