Chronicling the remnants of a dying Soviet civilisation (PHOTOS) 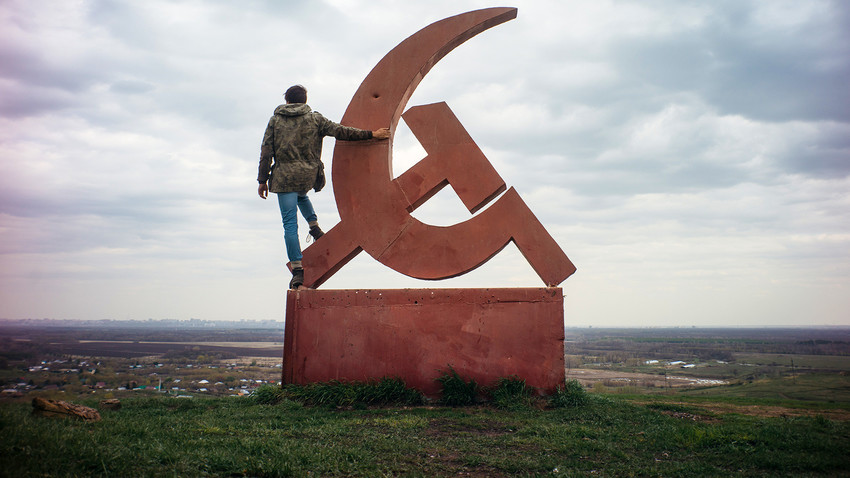 Arseniy Kotov
This Russian photographer is seriously in love with the brutality of Soviet architecture. So much so, that he quit his day job to commit full-time to finding and documenting it.

Some people wonder why the Soviet architecture — characterized by uniformity of its brutal forms — was so ugly, yet others find aesthetic beauty in the gray mass of modernist buildings scattered around on the post-Soviet space. 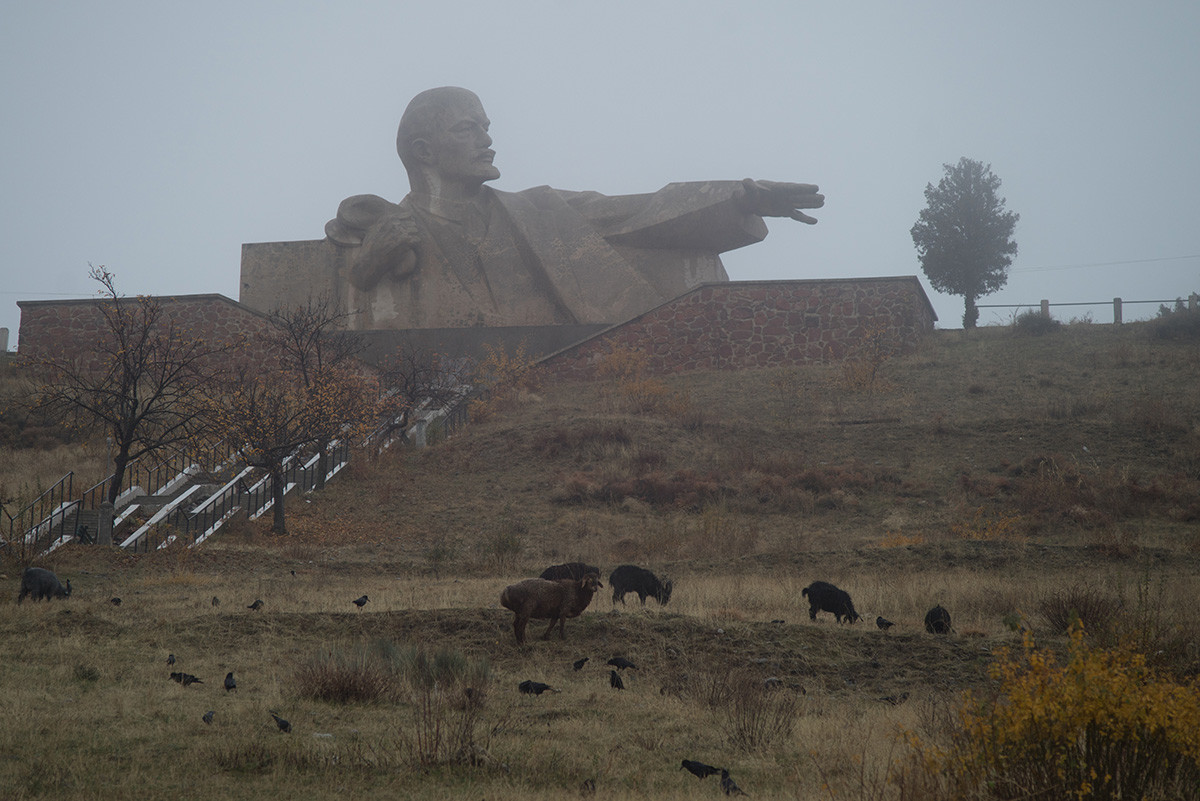 Photographer Arseniy Kotov, 32, is of the latter kind. His photos of Soviet architecture are very popular on Instagram and have even recently been released as a book. 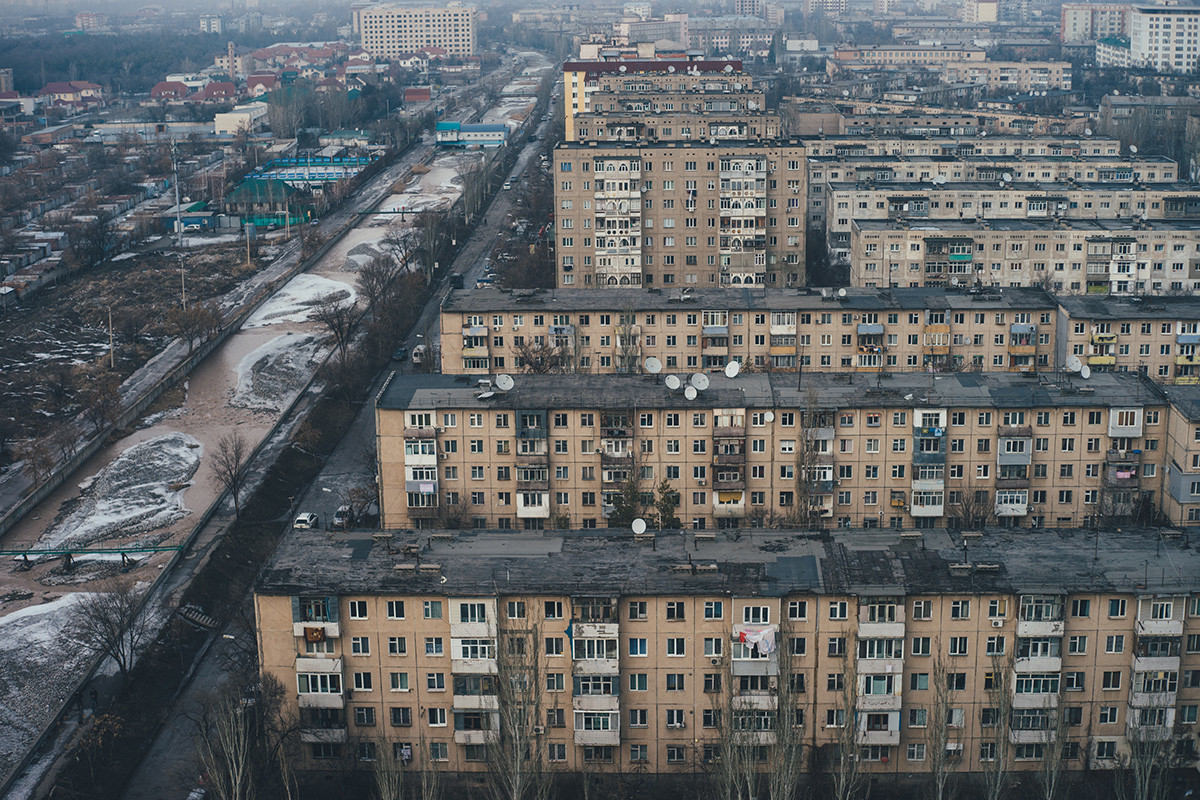 “This was my hobby before it became my job,” says Kotov.

Kotov quit his job as an engineer to begin traveling and taking photos of Soviet architecture in various places in the post-Soviet countries, because he found it “impressive”. 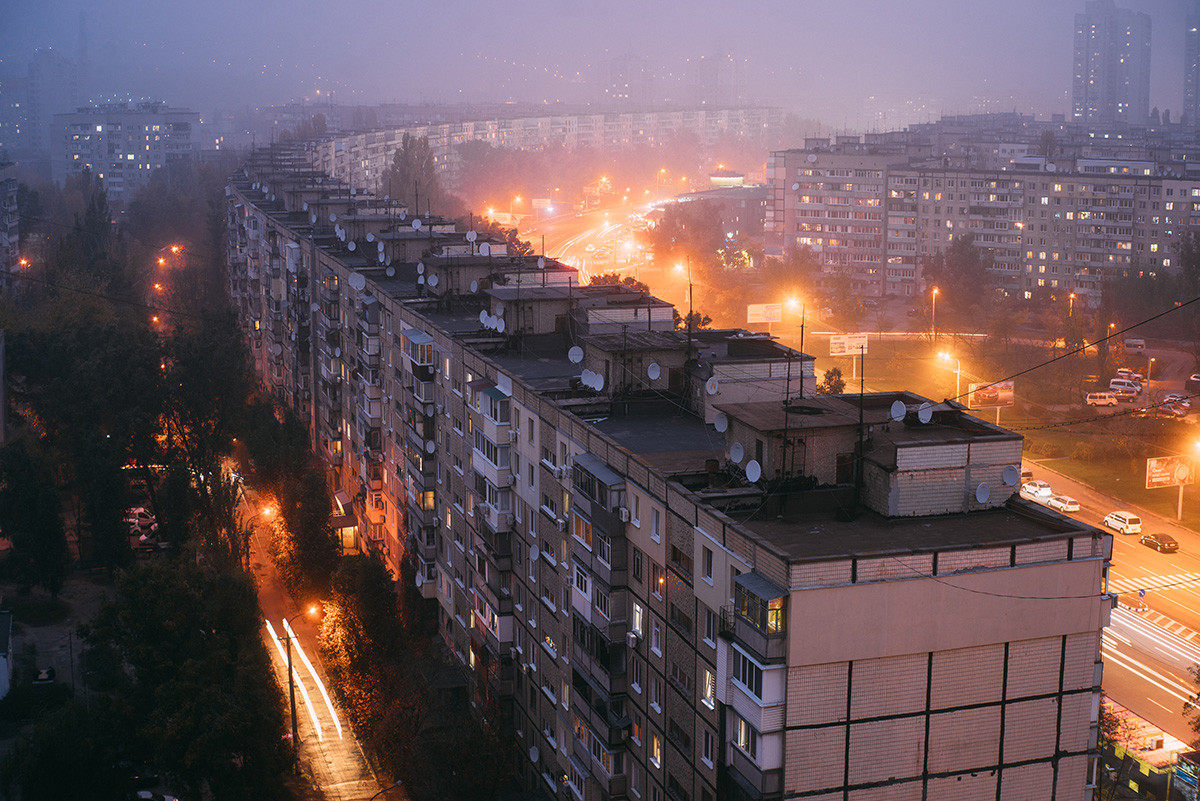 “I began by visiting different Russian cities and then I realized how interesting Soviet modernist architecture was. I decided that I would visit all post-Soviet republics and take photos of the most impressive buildings in these republics to make a book,” said Kotov. 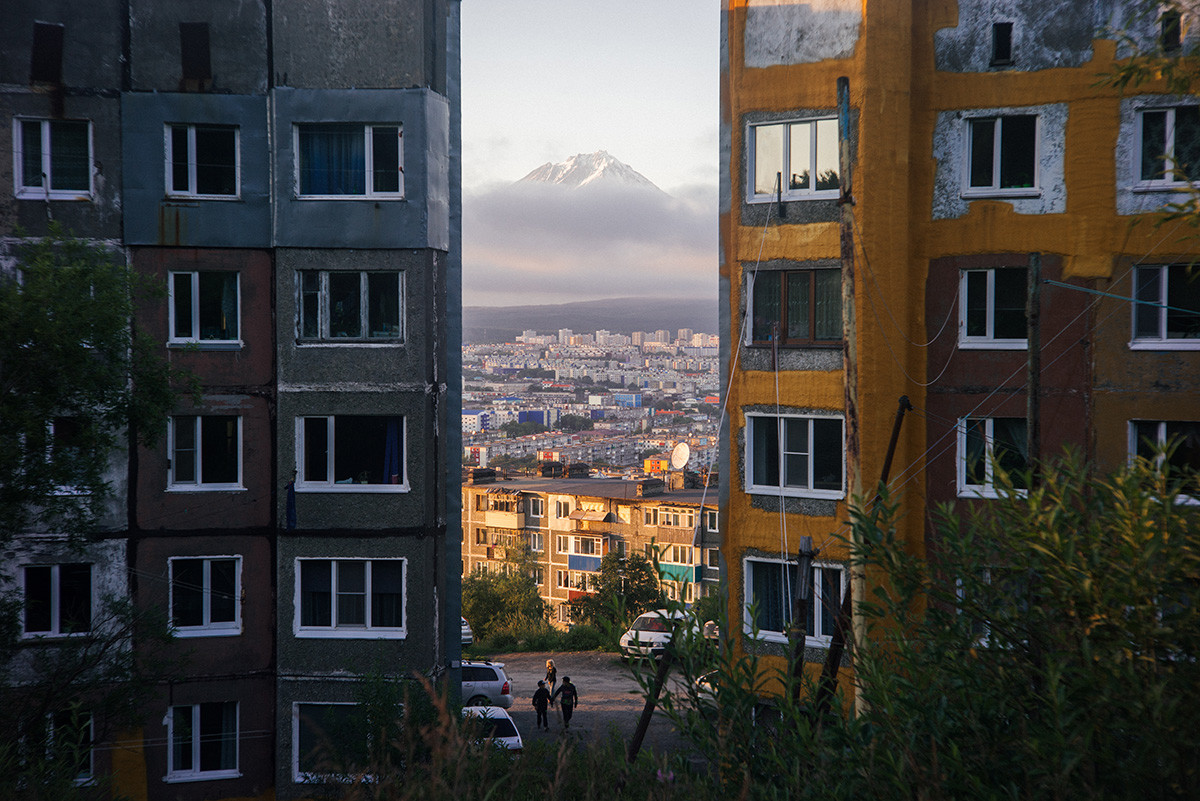 Arseniy leased his apartment for money to fund his project and went on the hunt for pearls of Soviet architecture. 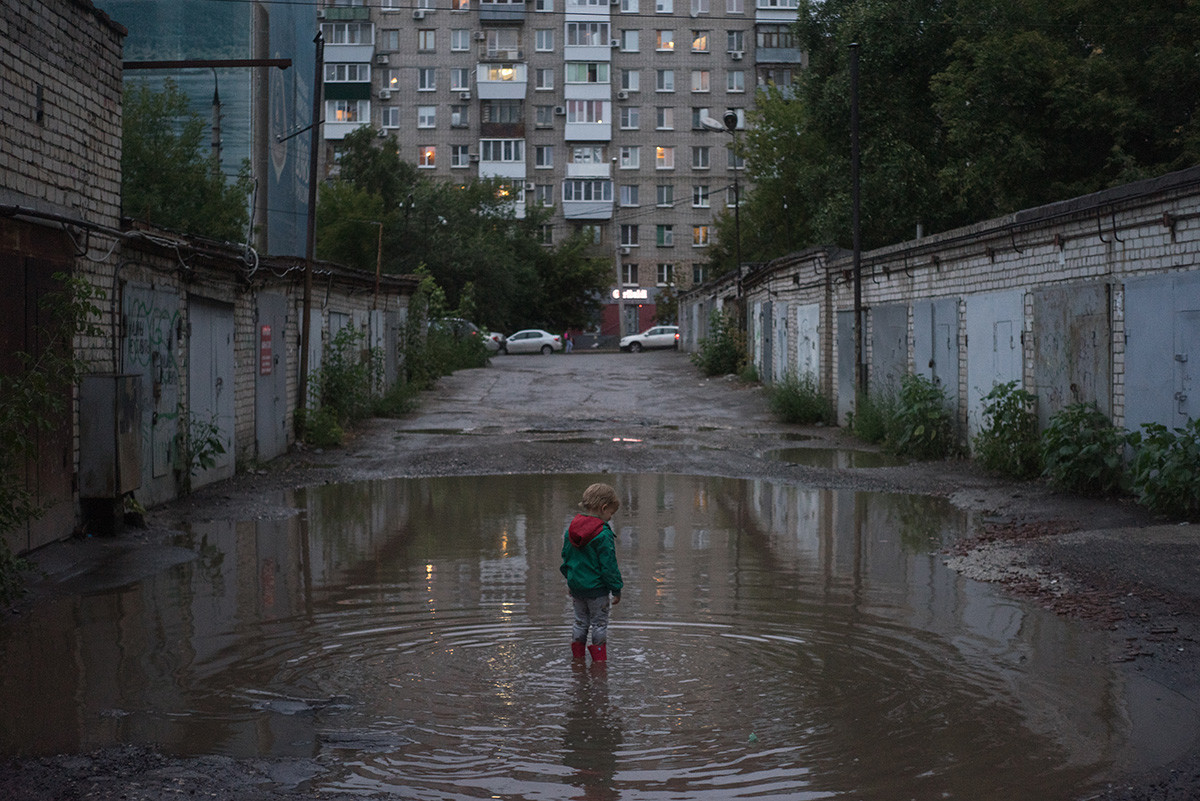 At first, when Kotov’s photography was not generating large enough income to become a profitable business, he used to cut expenses as much as possible. “I tried to save as much money as possible: I hitchhiked whenever possible to cover short distances, I never stopped in hotels, [instead] staying at locals I’d met on Couchsurfing.” 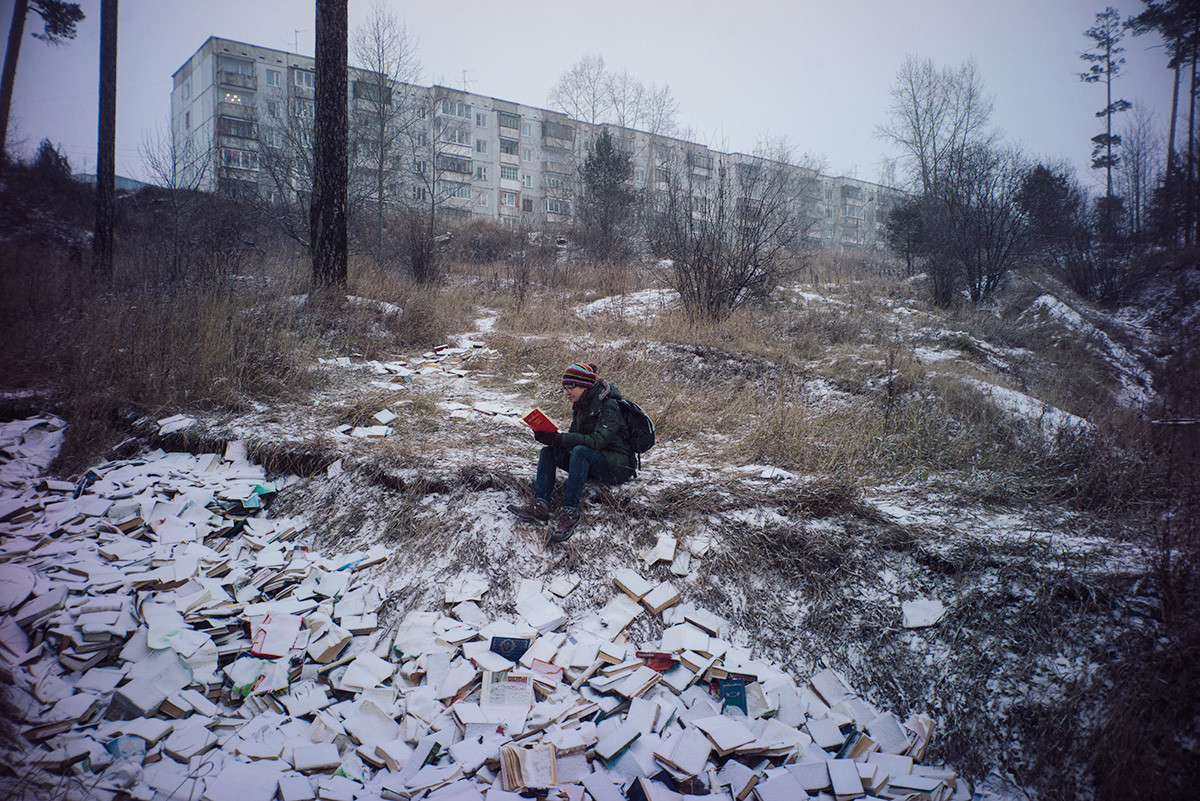 Initially, Kotov photographed the most populous and renowned cities in the post-Soviet space. Later, after he had already covered most of those, he began picking smaller settlements as his upcoming destinations. 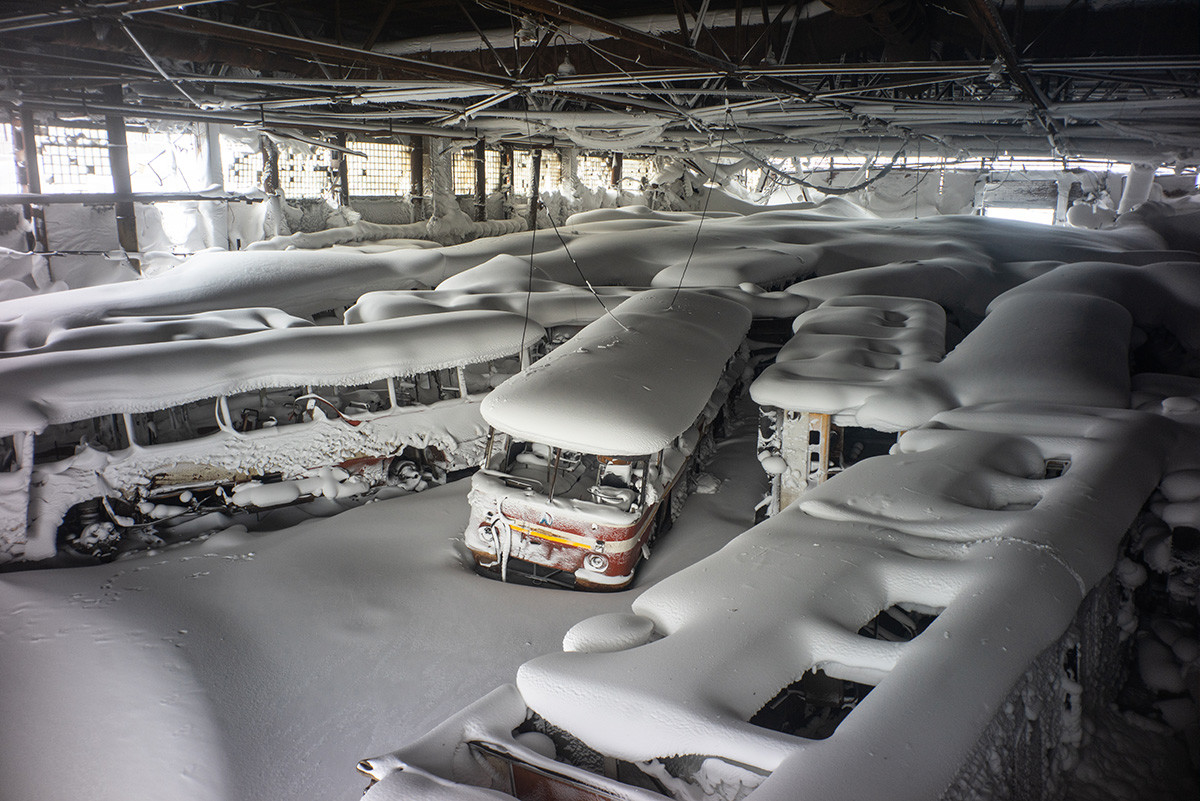 The only memory Arseniy has about his time as a child in the USSR is of an amateur aircraft modeling club. “As a child, I wanted to join the club, but when I got old enough to join it the club was gone, as well as the aircraft factory that supported it during Soviet period,” says Kotov. Nonetheless, Kotov admits he has some nostalgia about the Soviet time, despite being born only three years before the collapse of the Soviet Union. 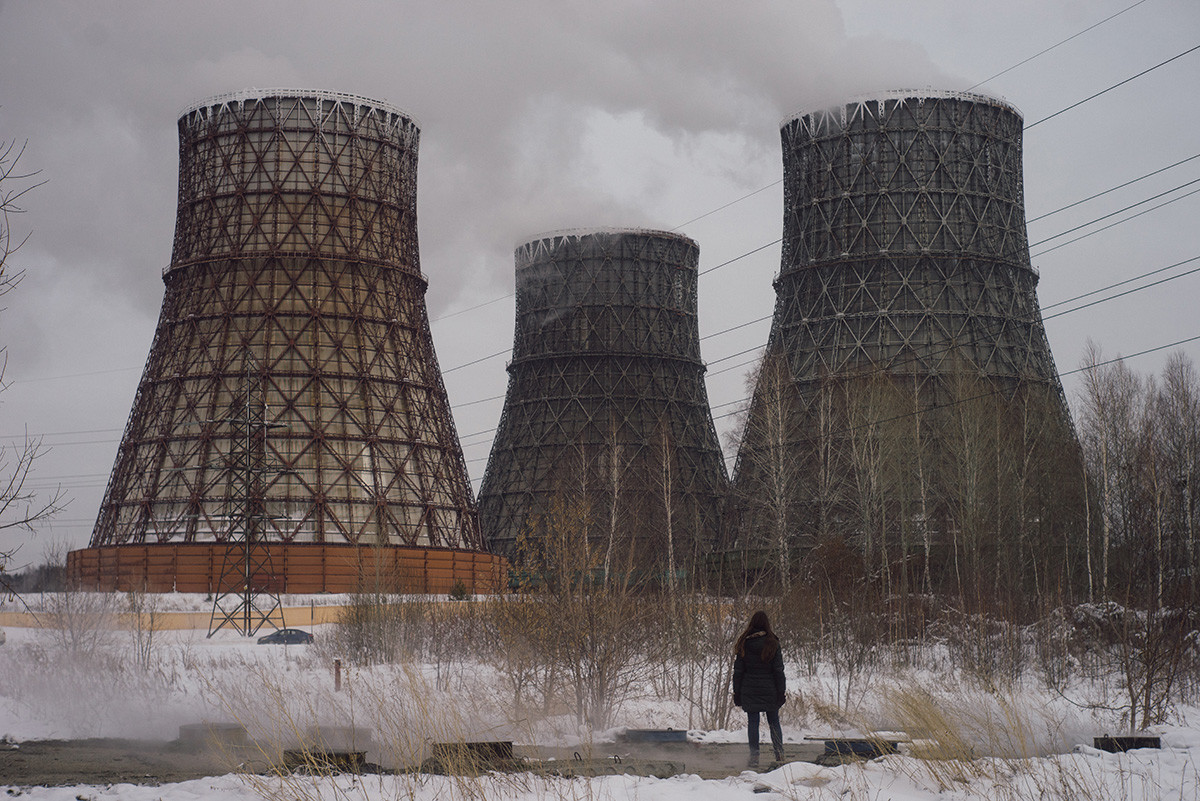 Unlike many people of his generation, Kotov finds old Soviet residential building blocks attractive, as it reminds him of his childhood and, also, because their utilitarian nature inspires him. 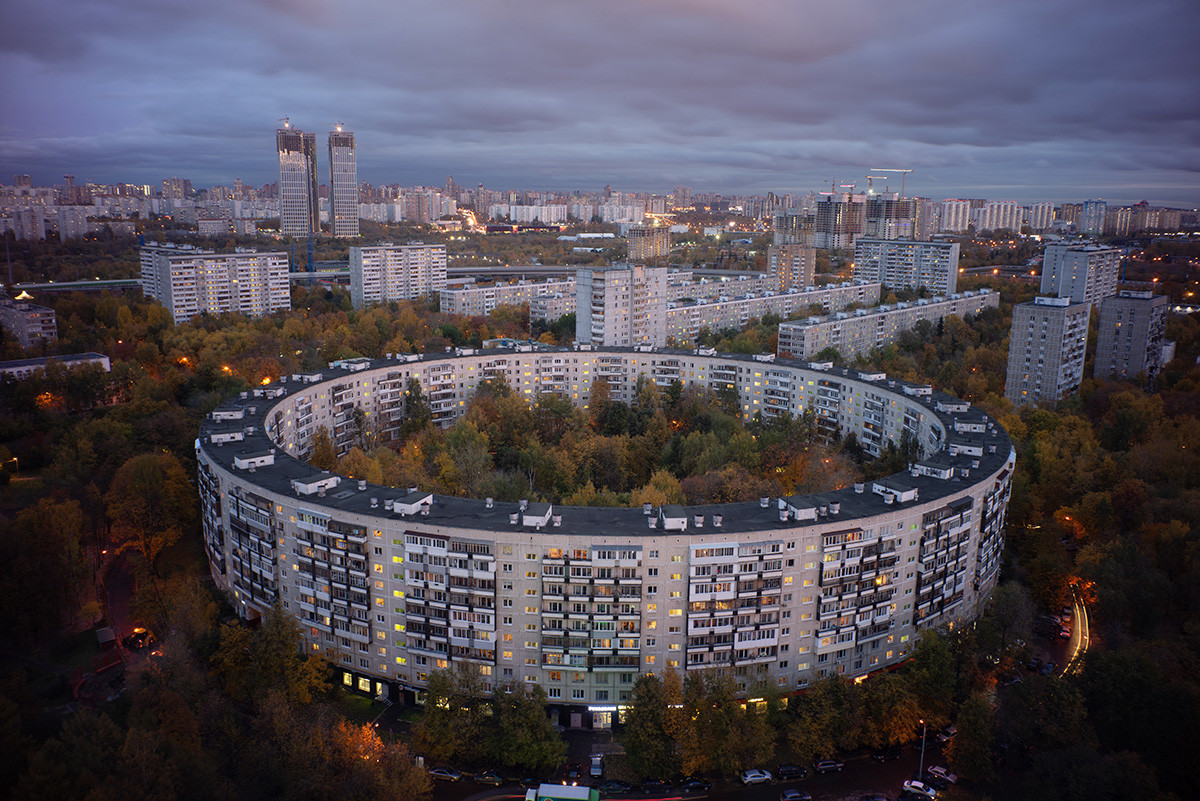 Built between the 1950s and the 1980s, so-called khrushchevkas allowed countless Soviet families who had been living in dormitories or communal apartments to acquire their own living space — something unimaginable only a few years before Nikita Khrushchev launched the grand construction experiment in the USSR. 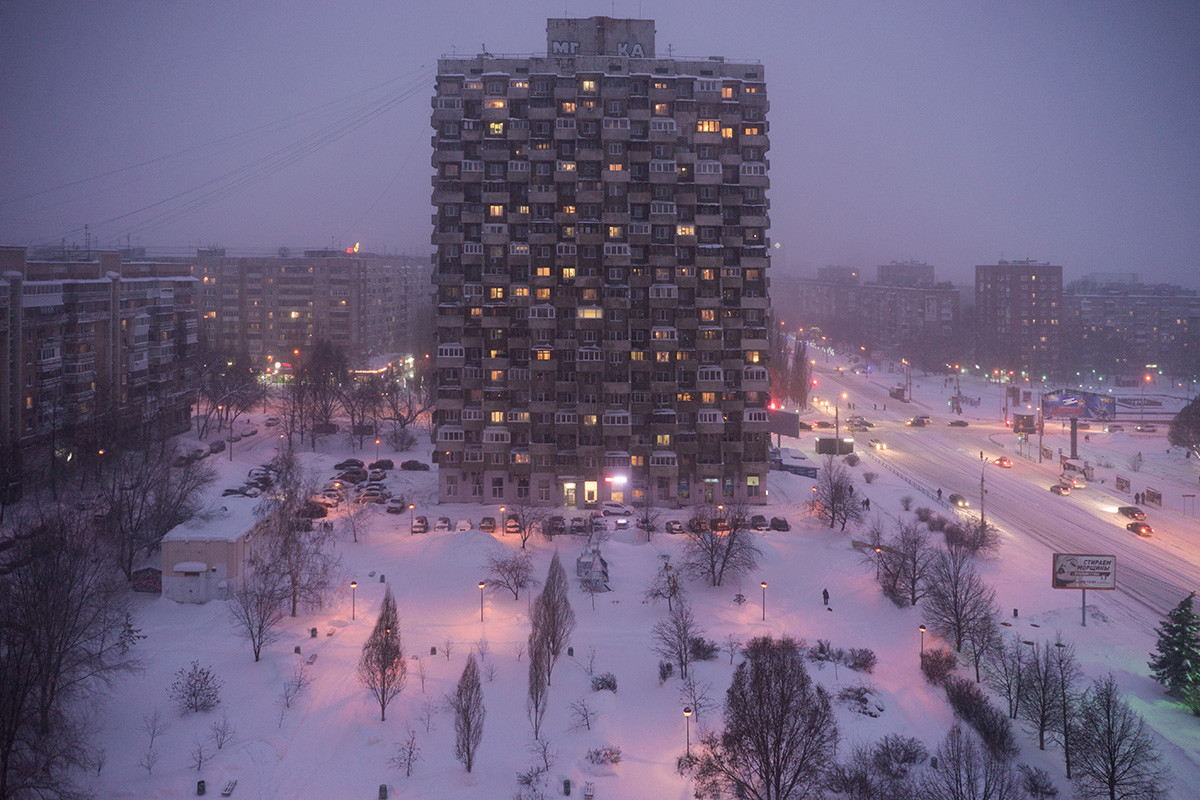 “As these buildings were built, people did find them attractive. Architects, for example. And those who had their own apartment. It was so much better than living in a village with no running water and other facilities. It wasn’t bad growing up in this environment. I didn’t have a bad childhood because I was drowning up in such a building,” said Kotov. 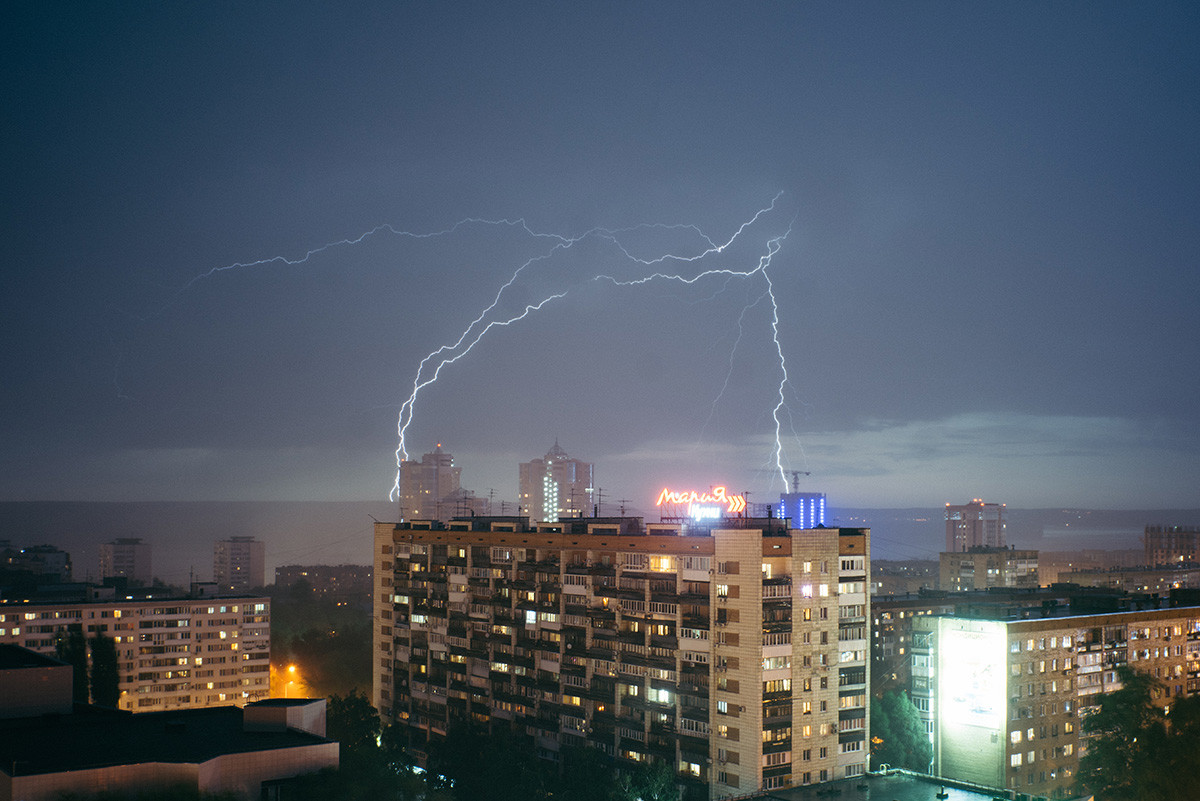 Kotov appears to be such a big fan of his occupation that he goes as far as to criticize people who dislike the aesthetics of brutal Soviet architecture. “I wish they calm down and accept the [post-Soviet] reality as it is. I believe people can find something beautiful in every single thing that surrounds them,” said Kotov. 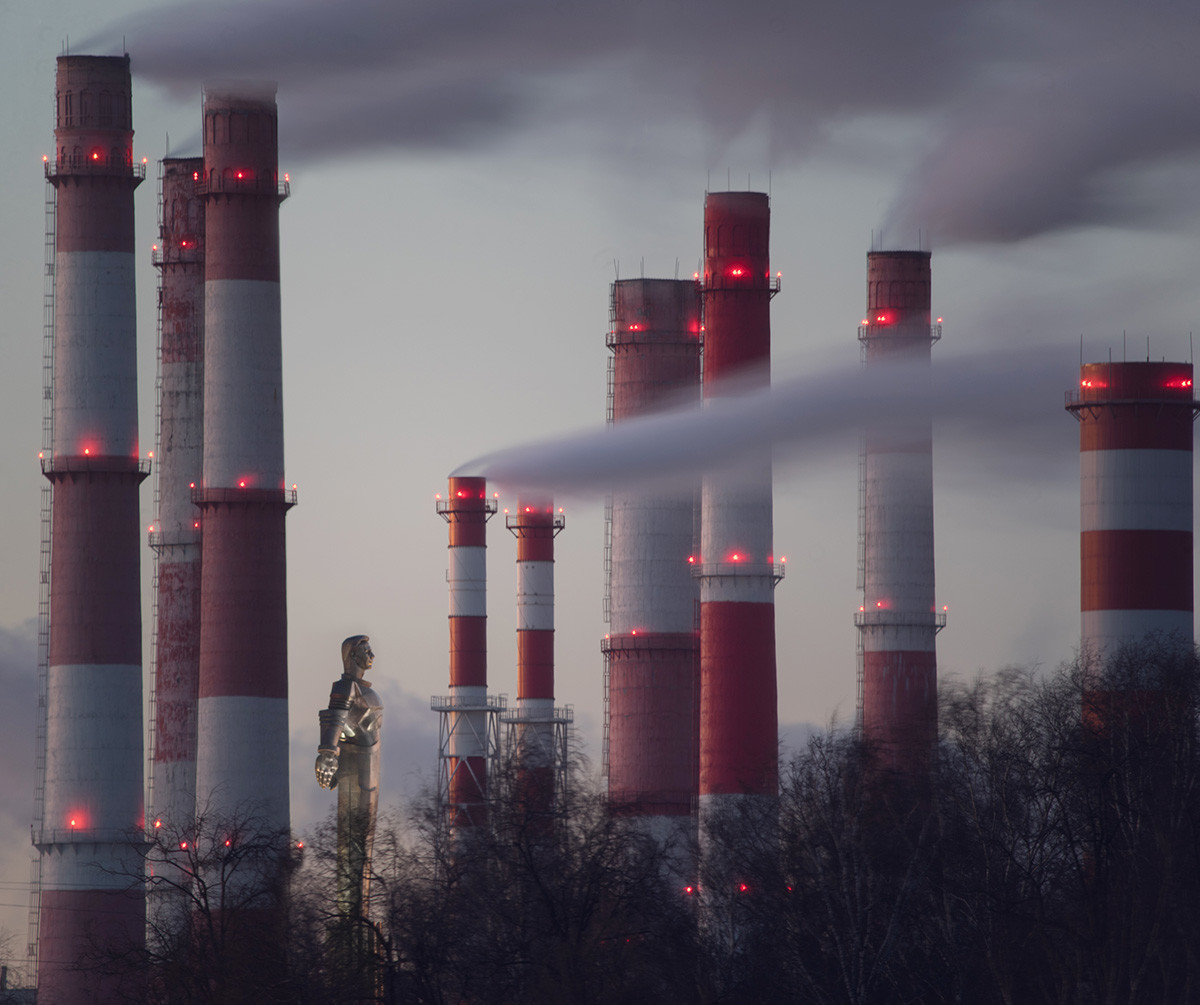 The photographer also does not appreciate Russian authorities’ attempts to renovate old Soviet-style buildings. “They paint those in clown-like colors — red, pink, and yellowish — although these buildings were designed to be standing as brutal gray monoliths. The initial idea is lost,” said Kotov. 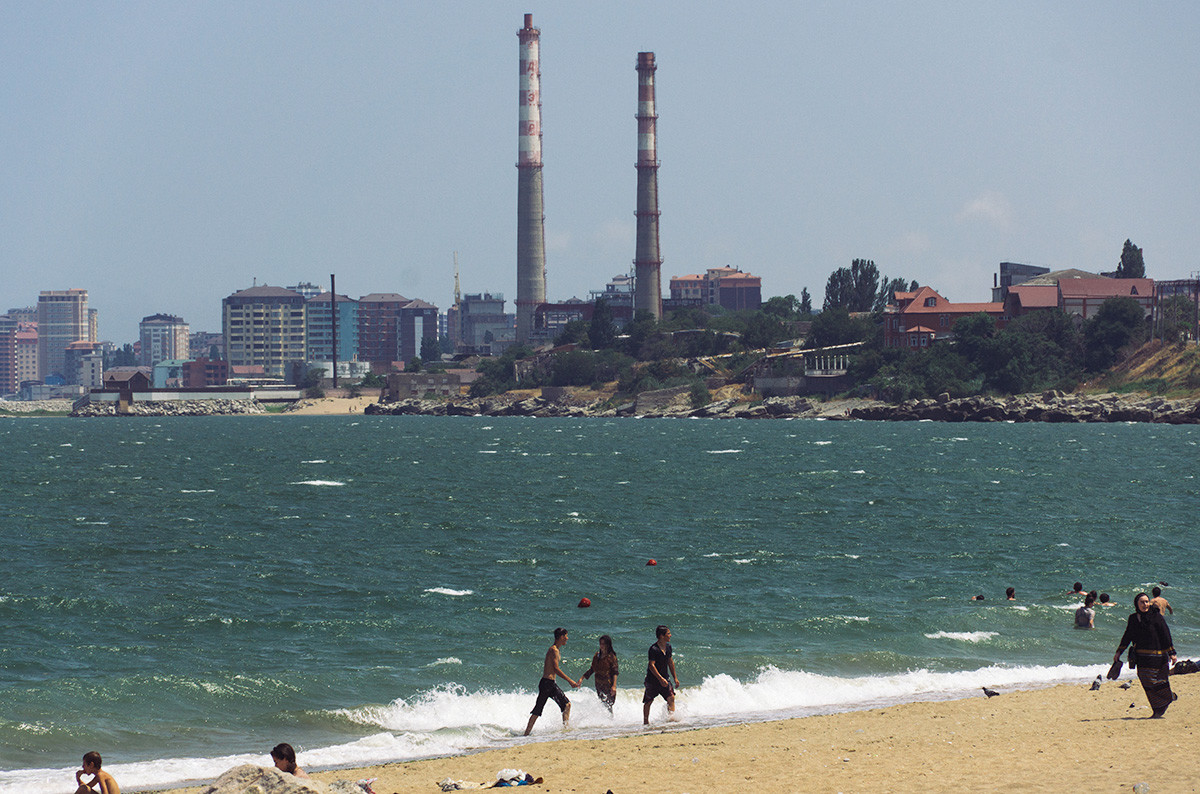 Each of his photoshoots is a small adventure, as often it requires breaking into neighboring buildings and rooftops to get the right perspective on the object of his interest. “I take a camera and monkey wrench with me when I go out to take photographs,” said Kotov, who never looks to secure assistance from local authorities as he believes it is a waste of time. “Sometimes I access locations illegally. It’ll take years to coordinate a photoshoot in some of the locations and I can’t stand it. I do it my way,” said Kotov. 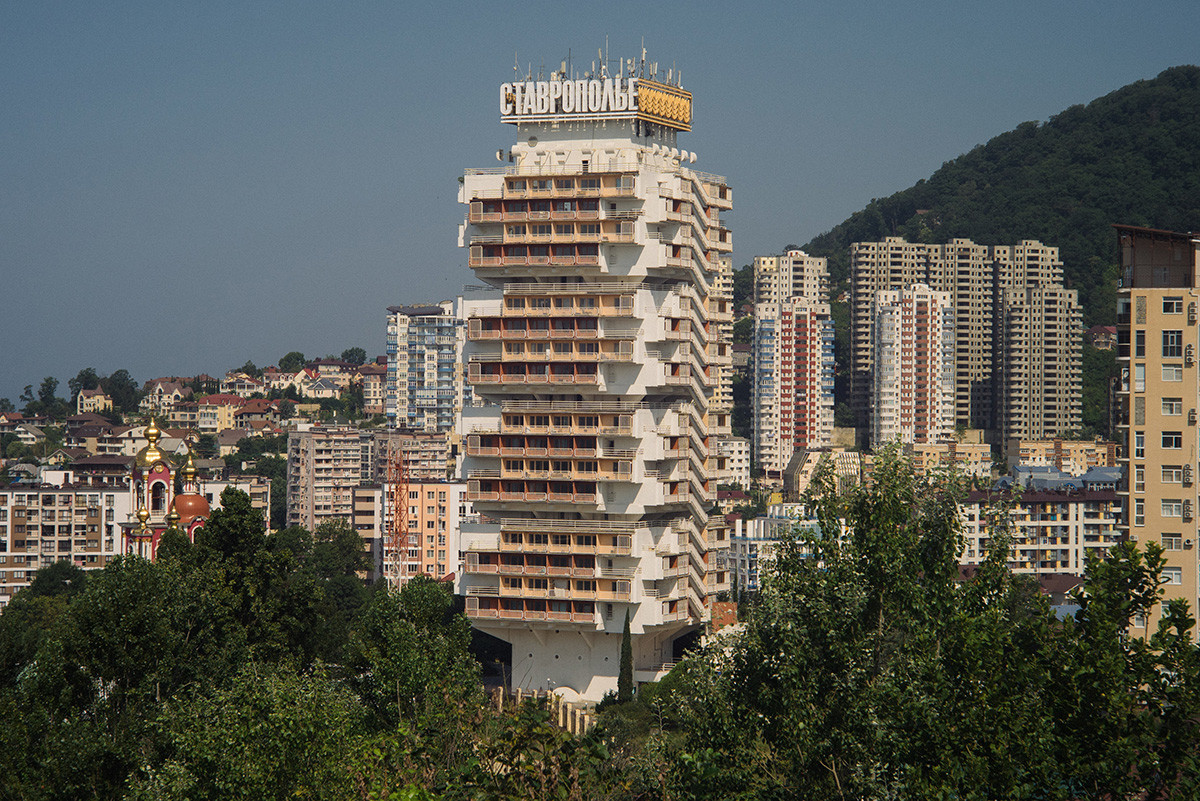 Most of Kotov’s massive Instagram fan base (173K at the time of writing) live abroad and only 30 percent of them are based in Russia. Partially, these are the people who used to live in the USSR but immigrated; partially, some who never used to live in Russia but find Soviet architecture attractive. 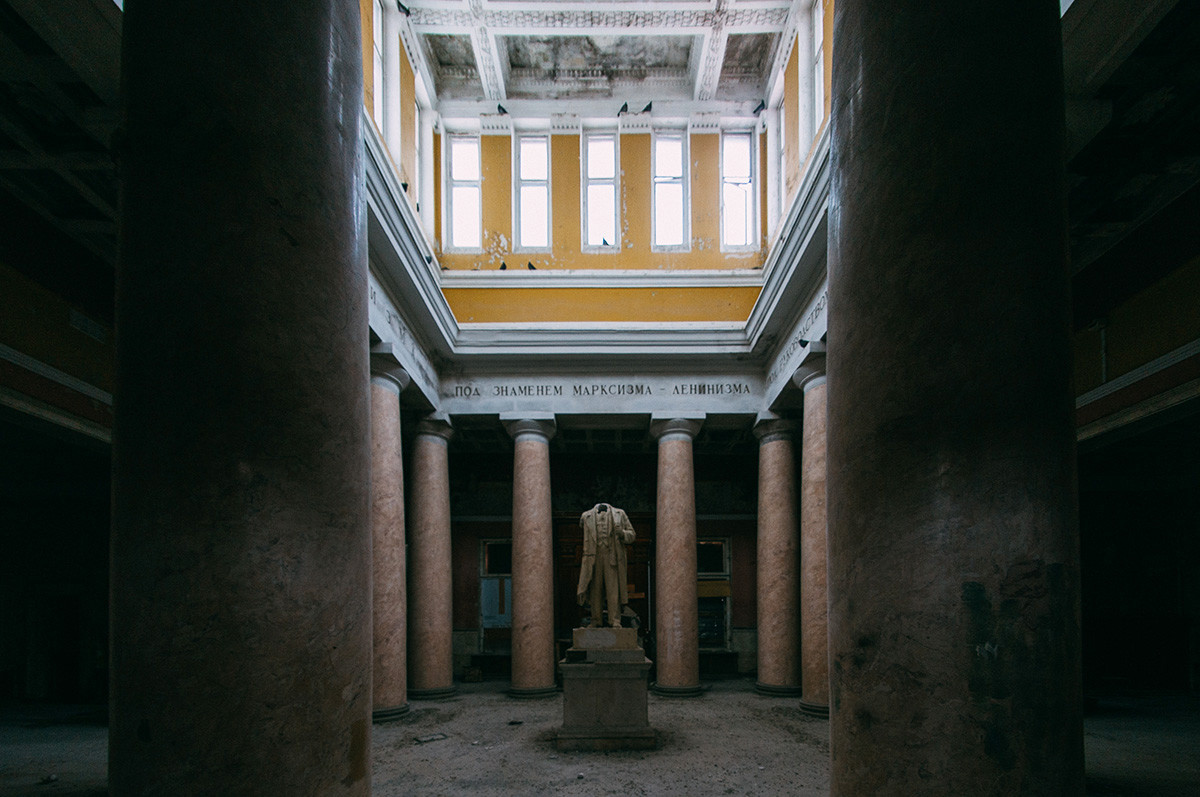 “They just find the Soviet culture fascinating. The USSR was a closed country and people who used to live abroad had little knowledge of a Soviet lifestyle. Today, although Russia’s borders are open, few people have an opportunity to visit but their interest remains,” said Kotov. 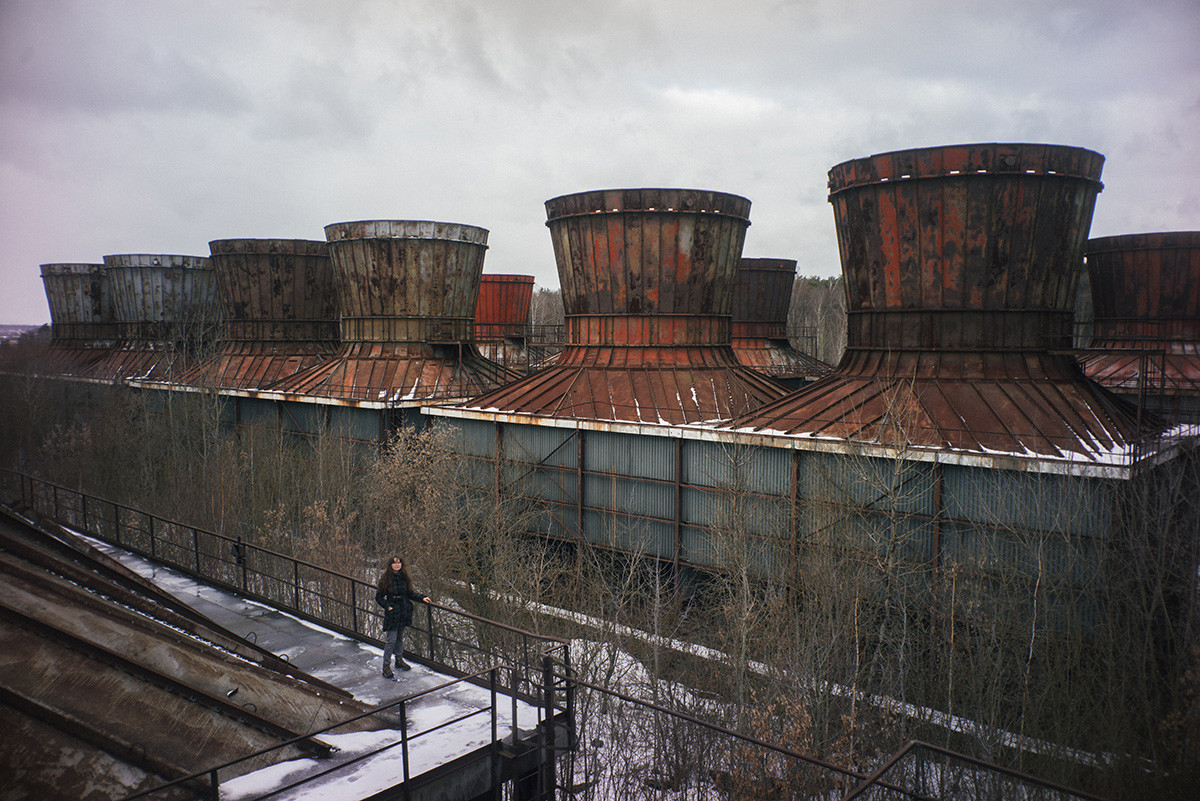 Today, Kotov makes money from publishing books and selling high-quality prints of his shots for as much as 150 euros apiece via a Stockholm-based firm. 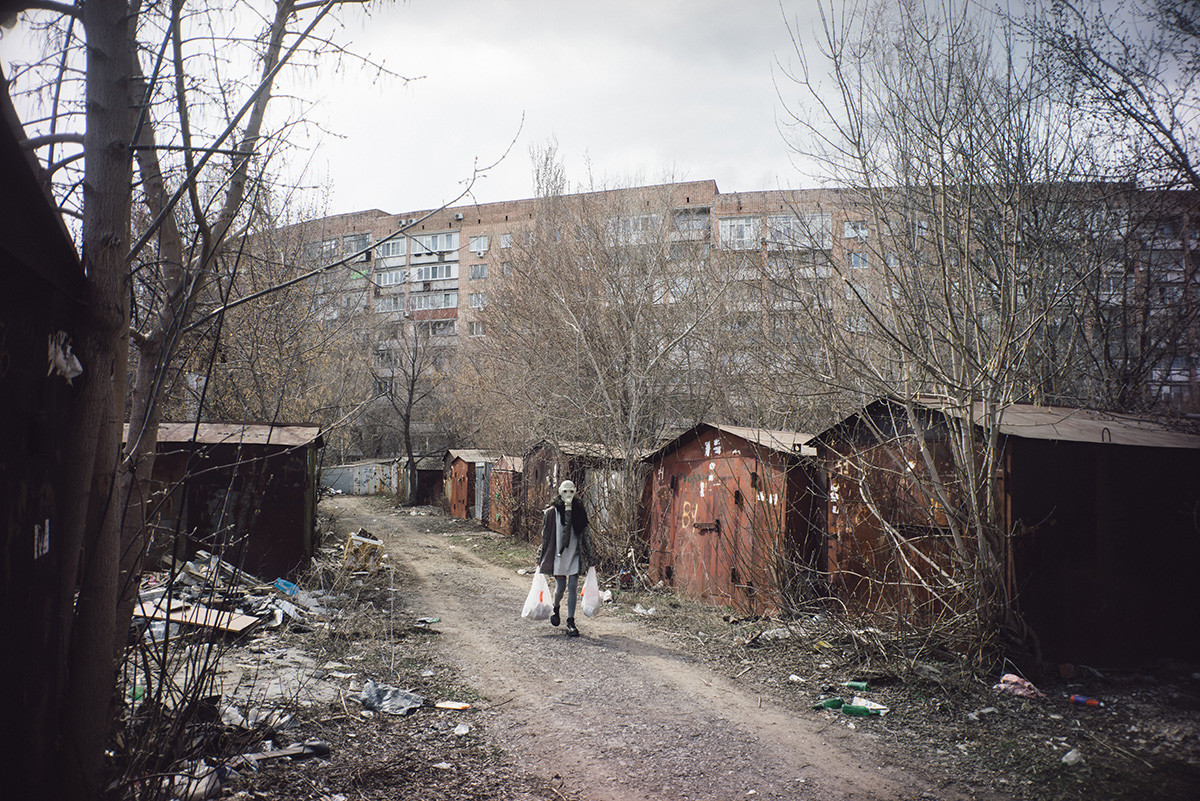 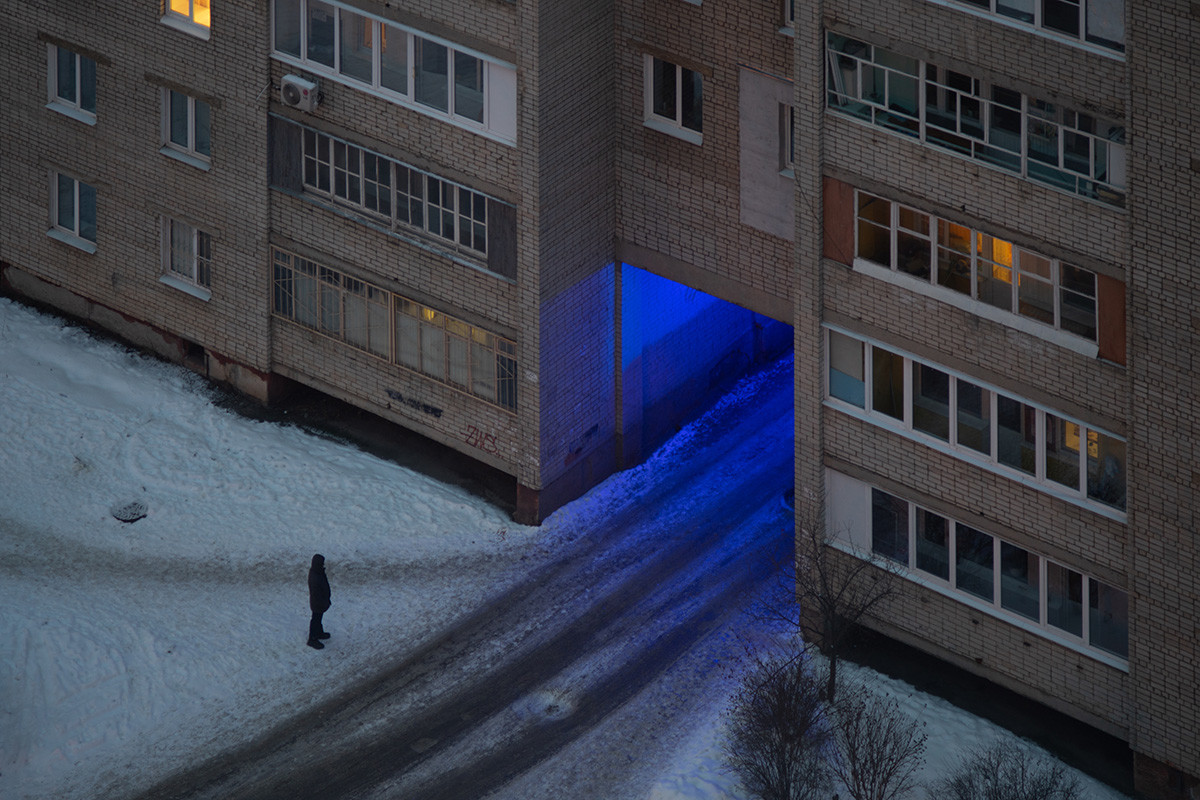 Kotov’s favorite photo of his own making is ‘The Blue Portal’. “I was standing on a rooftop of a 16-story building on the outskirts of Yaroslavl waiting for dusk. Suddenly, I noticed that not only street lights turned on but also a mysterious blue light eliminated an arch below. A man was smoking next to the arch. I took a photograph and only then realized how cool this picture was,” said Kotov.

Click here for 10 things about Russian homes that will SHOCK you.