7 types of scarves made in different Russian regions 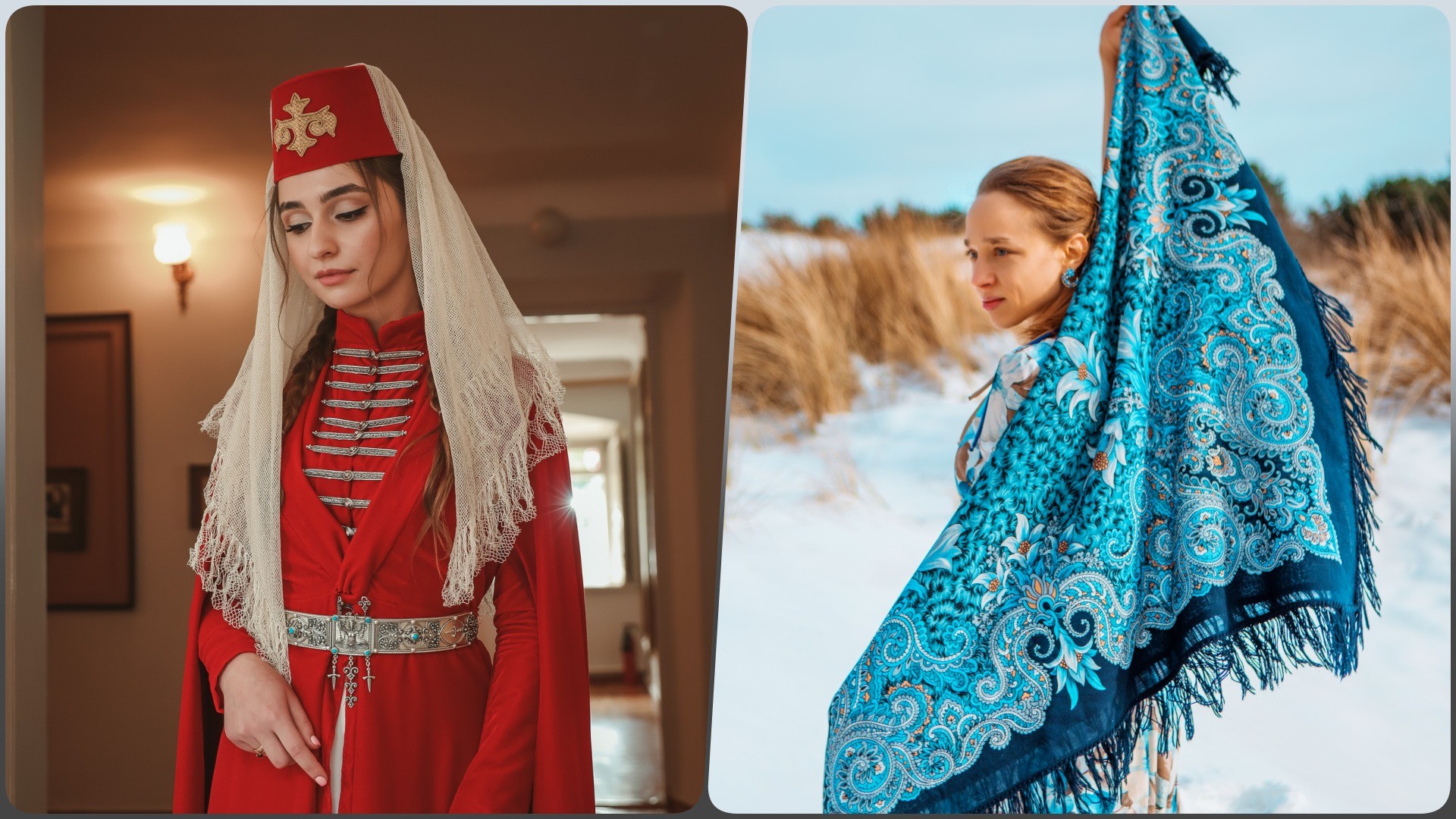 Alana Khugati; Lorado/Getty Images;
You would be hard pressed to find another country where headscarves are as popular as they are in Russia. In addition to offering protection against the cold and the sun, they are still worn as elegant accessories that are appropriate for just about any occasion.

In the past, Turkish silk scarves and European lace shawls were especially desirable presents for both young girls and older women. But a great variety of scarves were produced in Russia as well. Here are the most famous ones. 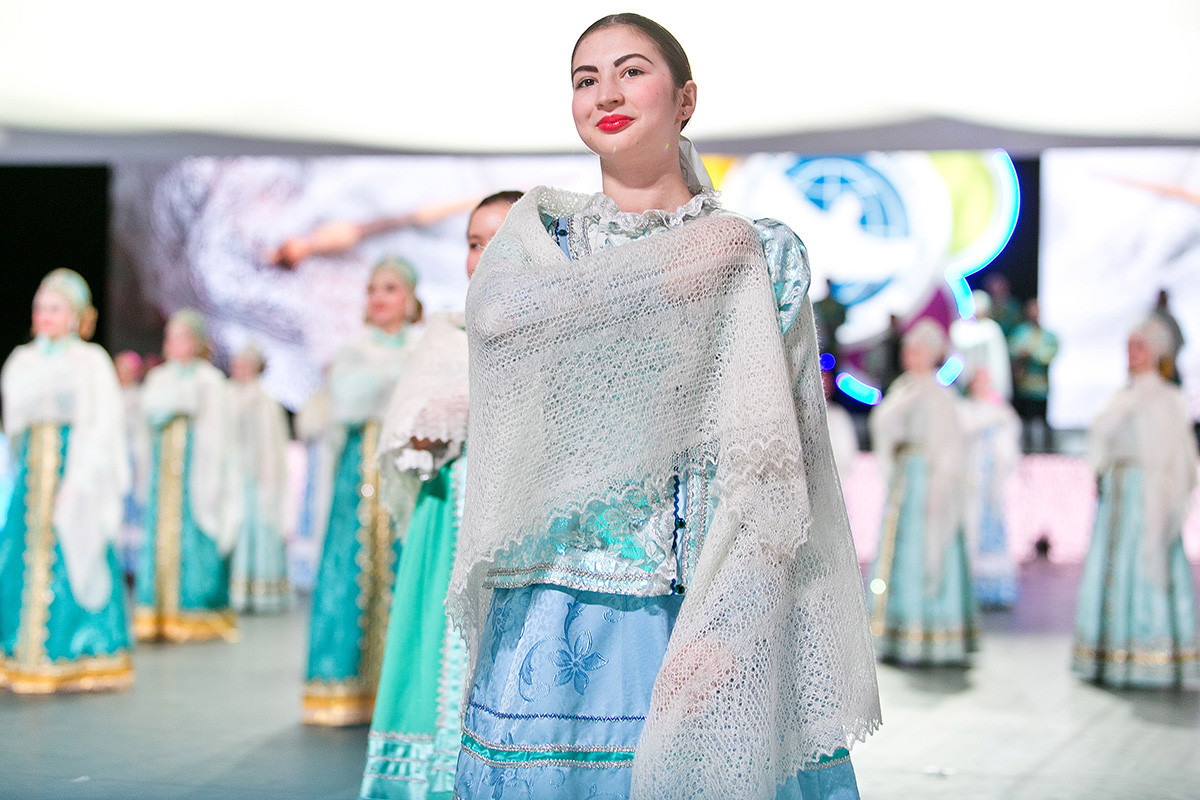 Shawls from goat down knitted in Orenburg are regarded as one Russia’s most famous symbols, right along with Matryoshka dolls and the balalaika. These shawls weigh practically nothing but will keep you warm even in Siberian frosts. Their versatility all has to do with the local breed of goat whose down is extremely fine while also being strong. Orenburg goats are only bred in this region, and nowadays shawls from their wool are produced by just two manufacturing plants. Moreover, the shawls are knitted either entirely by hand, just like they were 300 years ago, or sometimes partially by hand with certain designs executed on a knitting machine. 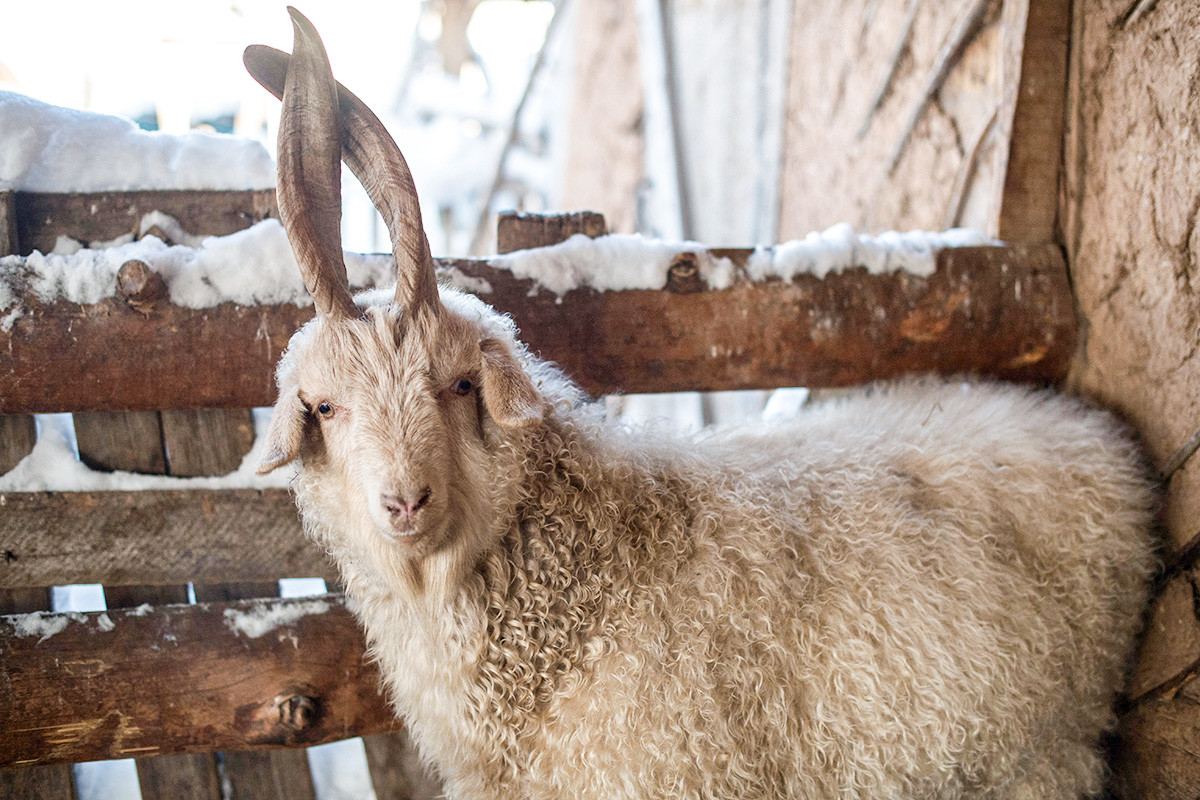 The thinner the thread used by the craftsman and the more intricate the pattern, the higher the price. Of course, the most beautiful shawls are the ones made by hand with added silk. Machine knitting makes a scarf less refined. 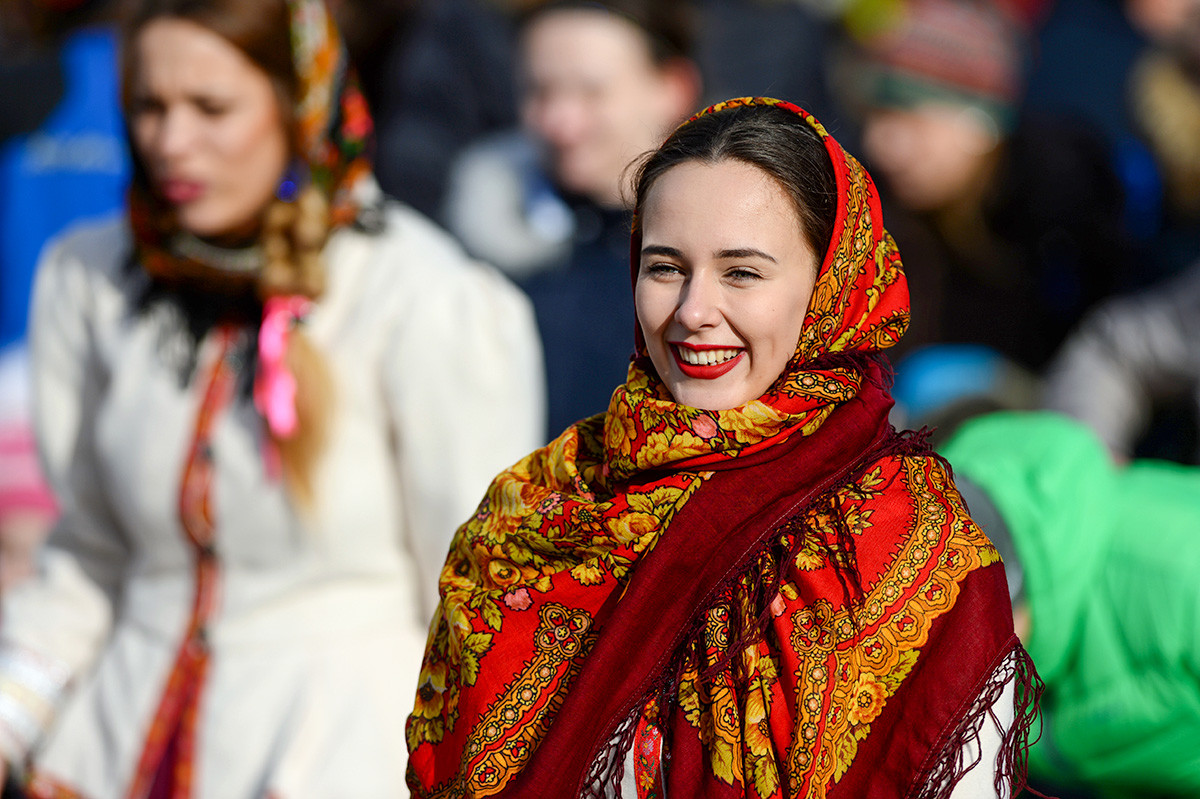 The most popular scarf in Russia is made not far from Moscow in the town of Pavlovsky Posad, where the first factory opened at the end of the 18th century. Pavlovsky Posad shawls have very bright and easily recognizable patterns: huge roses and dahlias on a red, black or white background that flower from the corners of a woolen fabric. The patterns are symmetrical and have a standard shape. Pavlovsky Posad shawls are very reasonably priced at just 1,500-4,000 rubles ($20-$40), but they last for many years, offer good protection against the cold and always look fashionable. Nowadays, in addition to wool, craftsmen also make shawls using silk, as well as cotton for summer models. 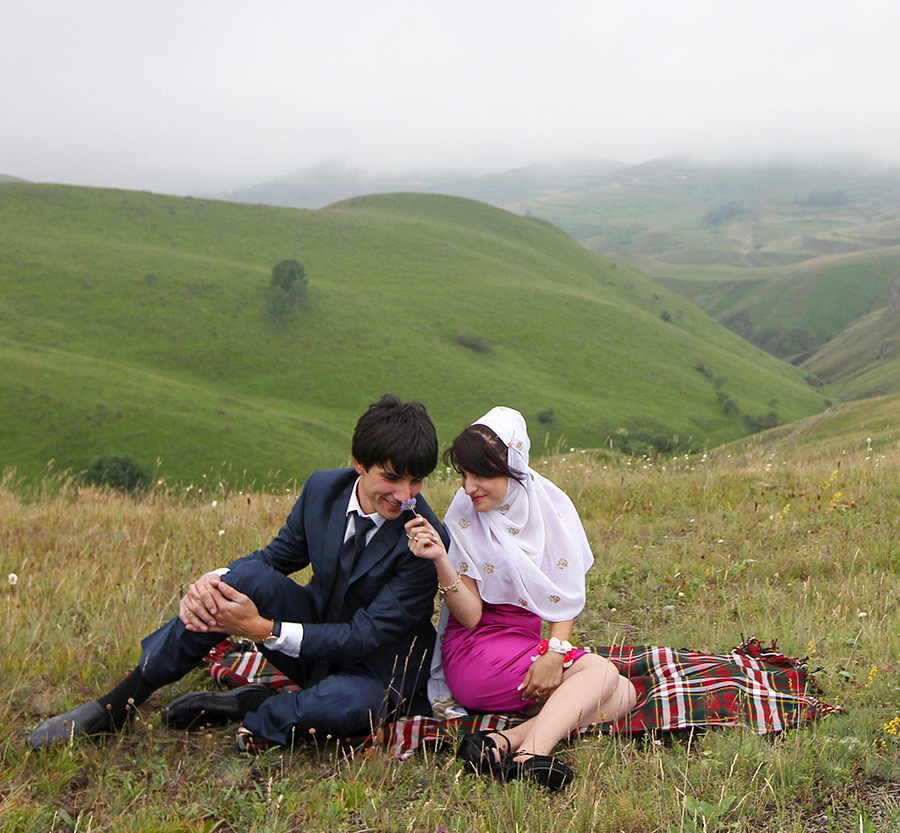 The women of the Dagestan village of Kubachi still wear white kaz shawls embroidered with gold thread. Unmarried women wear shawls with small patterns depicting flowers or feathers and short fringes, while married women have large patterns and long fringes on their shawls. Brides often adorn a modern wedding dress with a traditional wedding scarf, which is called a lumkitab-kaz and has a different fringe. While an ordinary kaz scarf has a fringe sewn on at one end, the wedding scarf has fringes on both ends. It must also have an edging ribbon. It is customary for the women of Kubachi to pass fringes down through the family and to resew fringes to new shawls multiple times. 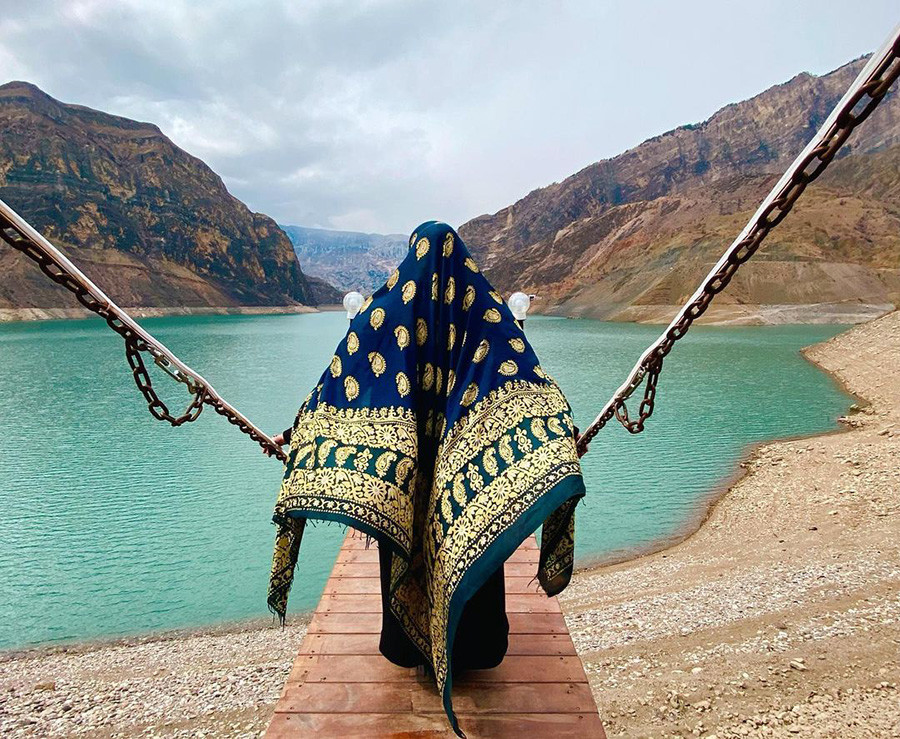 In different regions of Dagestan this scarf has different names and is variously called gumeldi, gulmendo, gormendo, kalgai (the old name of a type of silk) and kelagai. Essentially, they are silk scarves with printed patterns. They came to Dagestan from Iran and Azerbaijan and are now recognized as part of this mountainous republic's cultural heritage. In Turkic, the name of the scarf means "my flower." The main designs are flower motifs and plant symbols, but often the scarves feature fishes and birds. The price of this type of scarf starts out at around 20,000 rubles ($270). 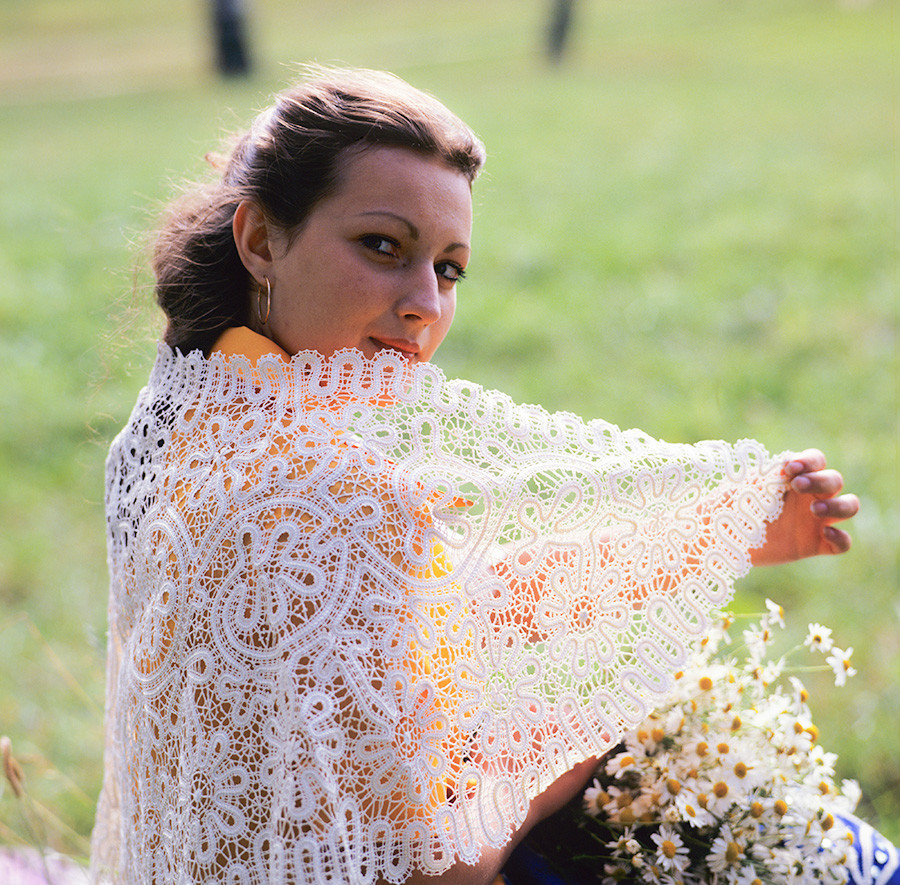 Vologda is famous for its bobbin lace. Skilled lacemakers seem to be able to make just about any design out of fine thread, from traditional flowers to fairy tale characters. In Soviet times, the local lace making factory made tablecloths and wraps depicting the Lenin Mausoleum and the hammer and sickle. Today's shawls and scarves from Vologda lace are lightweight accessories for cool summer evenings or going out. The lace, which resembles the patterns made by frost crystals on a window, looks both elegant and unique.

6. The gold embroidery of Torzhok 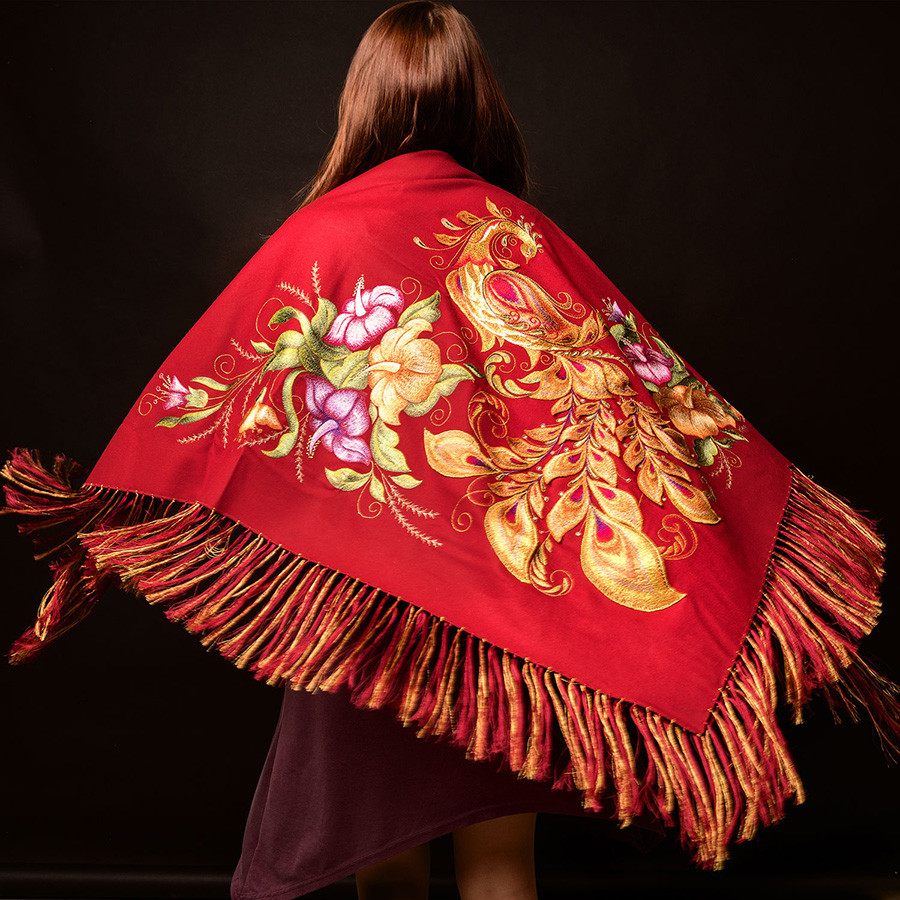 This small historic city in the Tver Region is famous for the ancient art of gold embroidery. Since the 18th century, the skilled craftsmen here have made expensive embroidery that has adorned national costumes, military ceremonial uniforms and church vestments. Scarves and shawls embroidered in Torzhok have always been considered desirable presents. Designs were most commonly based on a rose with buds and flowers, combined with intricate flourishes. 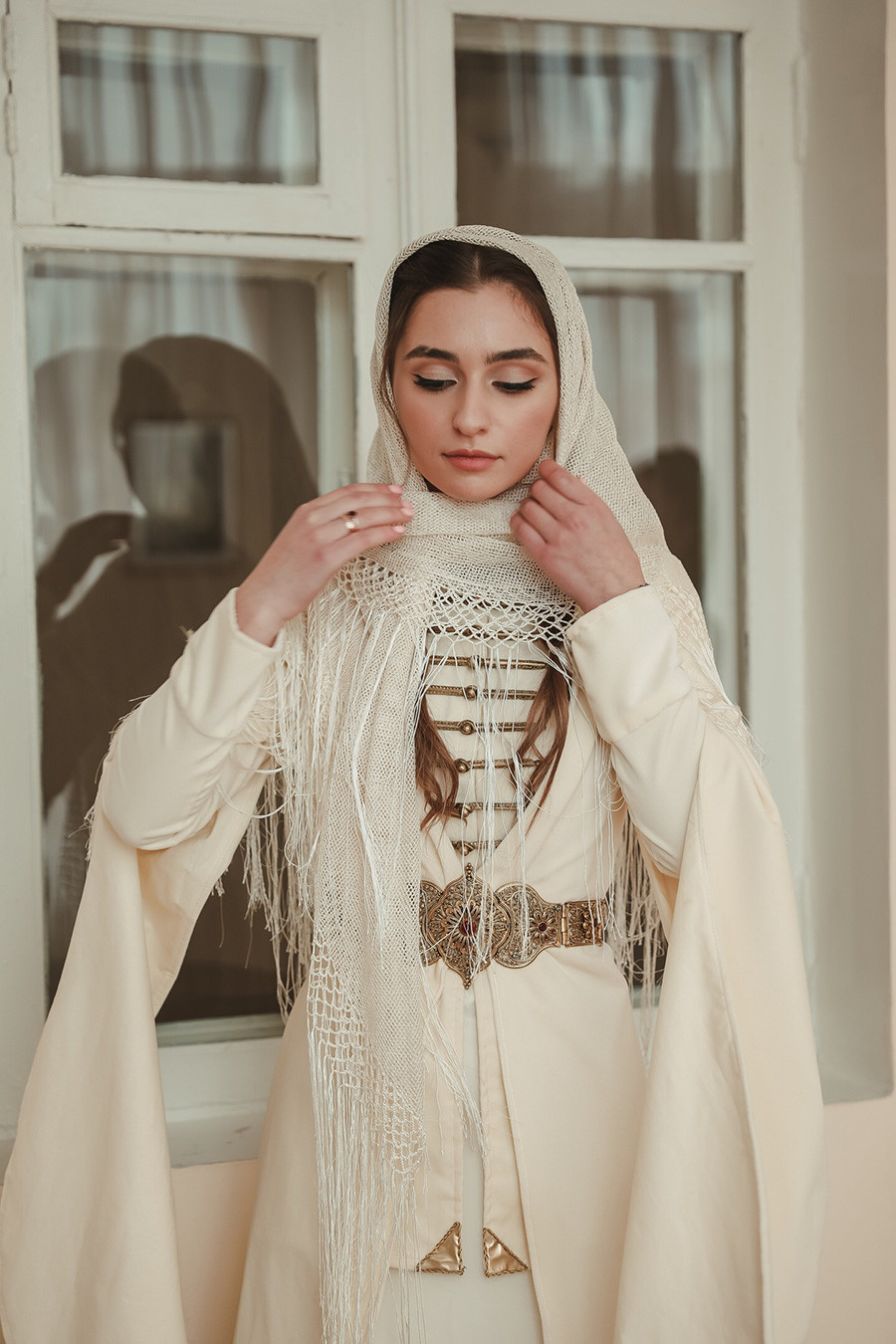 The openwork silk scarf worn by Ossetian women is called a tsyllaye kayelmayerzayen. It is neither sewn nor knitted, but woven using fine silk, sometimes with the addition of folk designs. This kind of weaving first developed in Ossetia in the late 19th century and remains to this day. The Ossetian scarf is light in color and weights just 100-200 grams while offering excellent protection against the bright sun. The process of making such a scarf is highly labor intensive, so they remain very expensive, costing 20-50,000 rubles ($270-$700).