What hats are popular in the Caucasus? 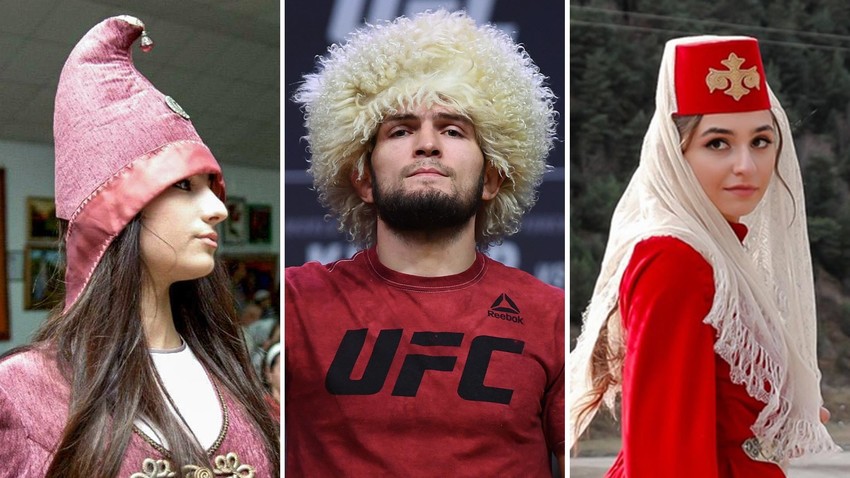 Evgeny Shivtsov (CC BY-SA 4.0); Stephen McCarthy/Sportsfile/Getty Images; Alana Khugati
People in the Caucasus say that if you have a head, there should be a papakha on it. What other types of headgear is this mountainous region of Russia famous for?

For different peoples living in the Caucasus, a headdress is not something you wear to protect your head from the cold, the wind or sabers: it has a sacred meaning. Find out what types of headdresses women and men in the Caucasus wear and what they signify. 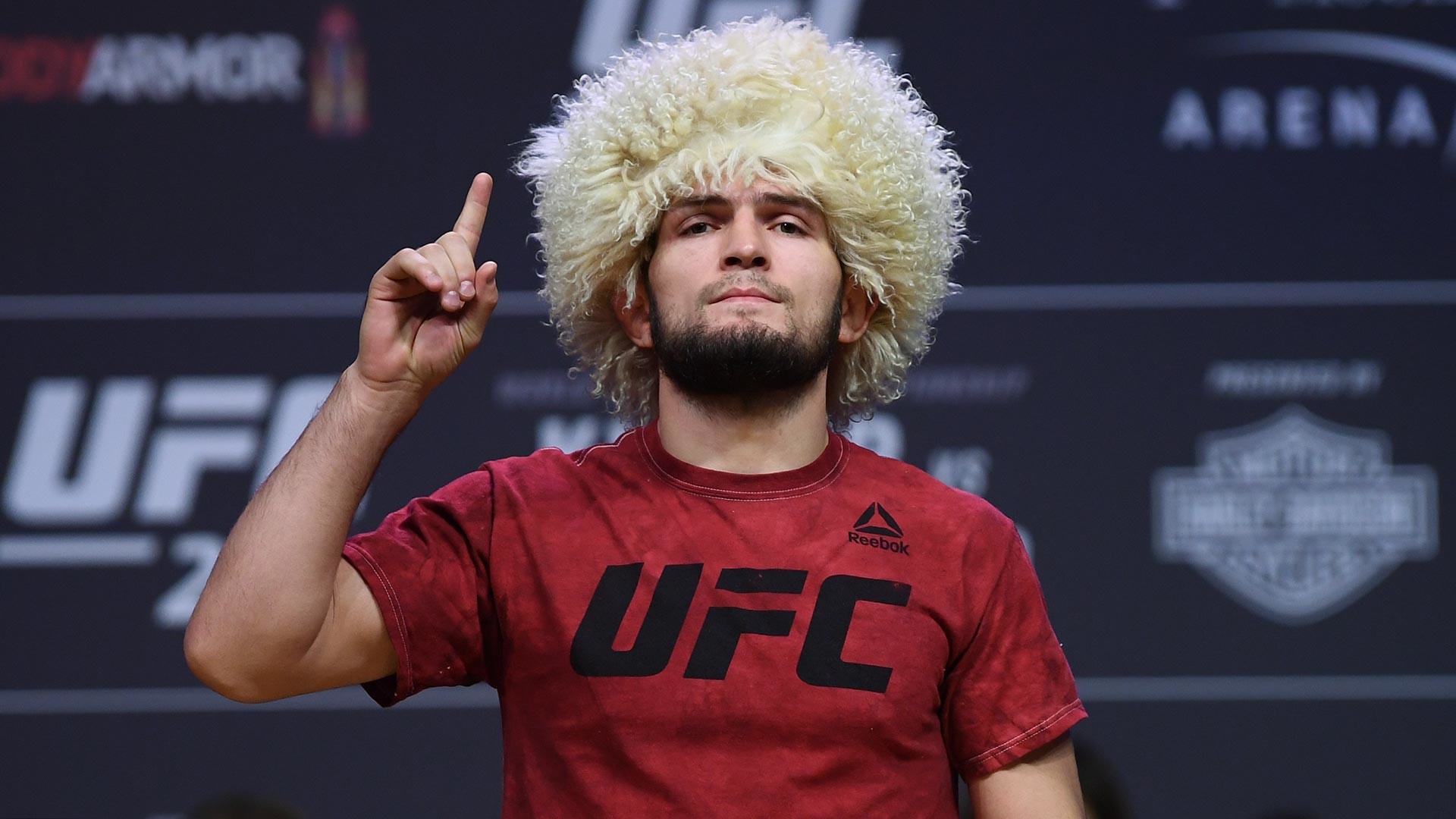 Khabib Nurmagomedov weighs in for UFC 229 at T-Mobile Arena in Las Vegas, the U.S.

Before he retired from his sporting career, one of the most famous MMA fighters of our time, Khabib Nurmagomedov, often appeared in front of journalists in a huge papakha, a traditional headdress of many peoples of the Caucasus. This is the most common headgear in Dagestan, Karachay-Cherkessia and Ingushetia and has many traditions associated with it. Removing a papakha from another person’s head is considered a major insult (if there is a head, it must have a papakha on it, as they say there), while throwing it into the window of a young woman’s room was akin to a declaration of love. Men in the Caucasus traditionally had several papakhas: one for everyday use, one for weddings and one for mourning. A papakha is usually made from sheepskin or goatskin, but the most expensive ones are made from karakul sheep. Visually, a papakha makes its wearer look taller and some men still compete to see whose papakha is taller. 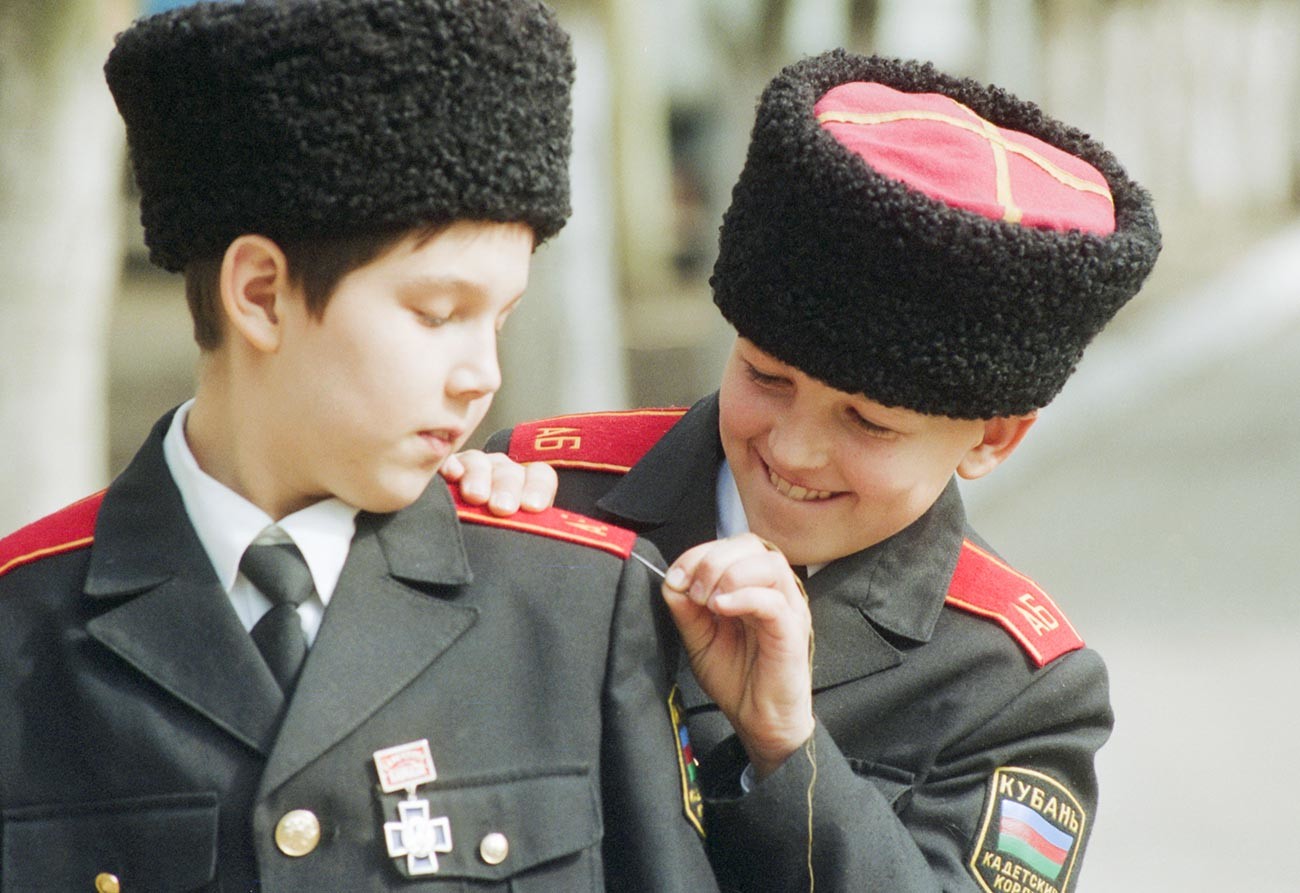 A kubanka is a shorter version of a papakha that is traditionally worn by Cossacks. Its purpose was to protect the wearer from a blow with a bladed weapon (or at least to soften it). Before a battle, some Cossacks would put metal plates inside their kubankas. Its smaller size made it easier for the wearer to keep it on his head when riding fast. A kubanka is usually made from karakul sheep, bear or even wolf skin. 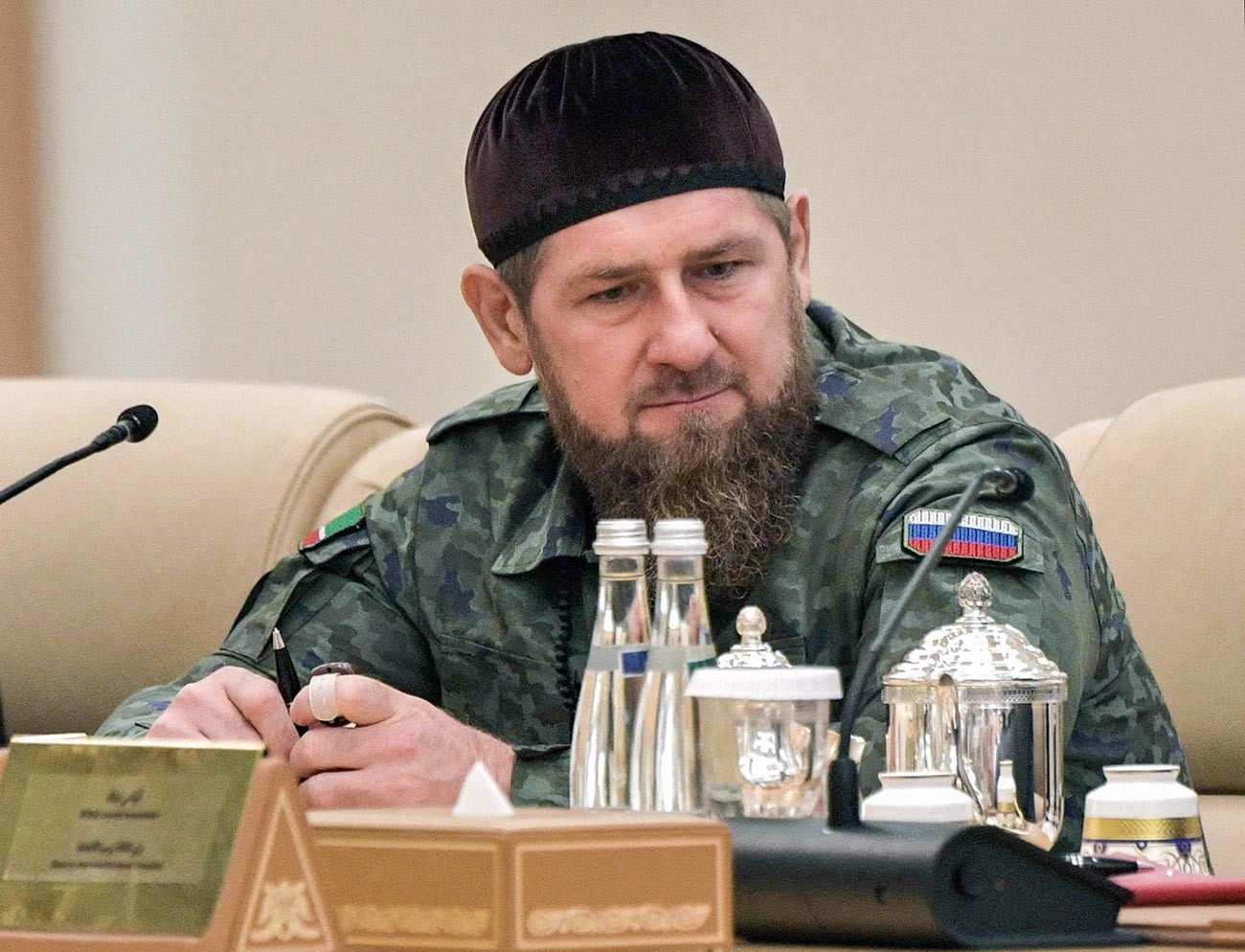 In Chechnya and Ingushetia, you can often see men in skull caps with tassels, which are called pies, or alternatively pyas, pes or fes, derived from fez. This headdress is worn to perform namaz (since in Islam, a believer must cover one’s head when praying), but today, many men wear it at other times, too. 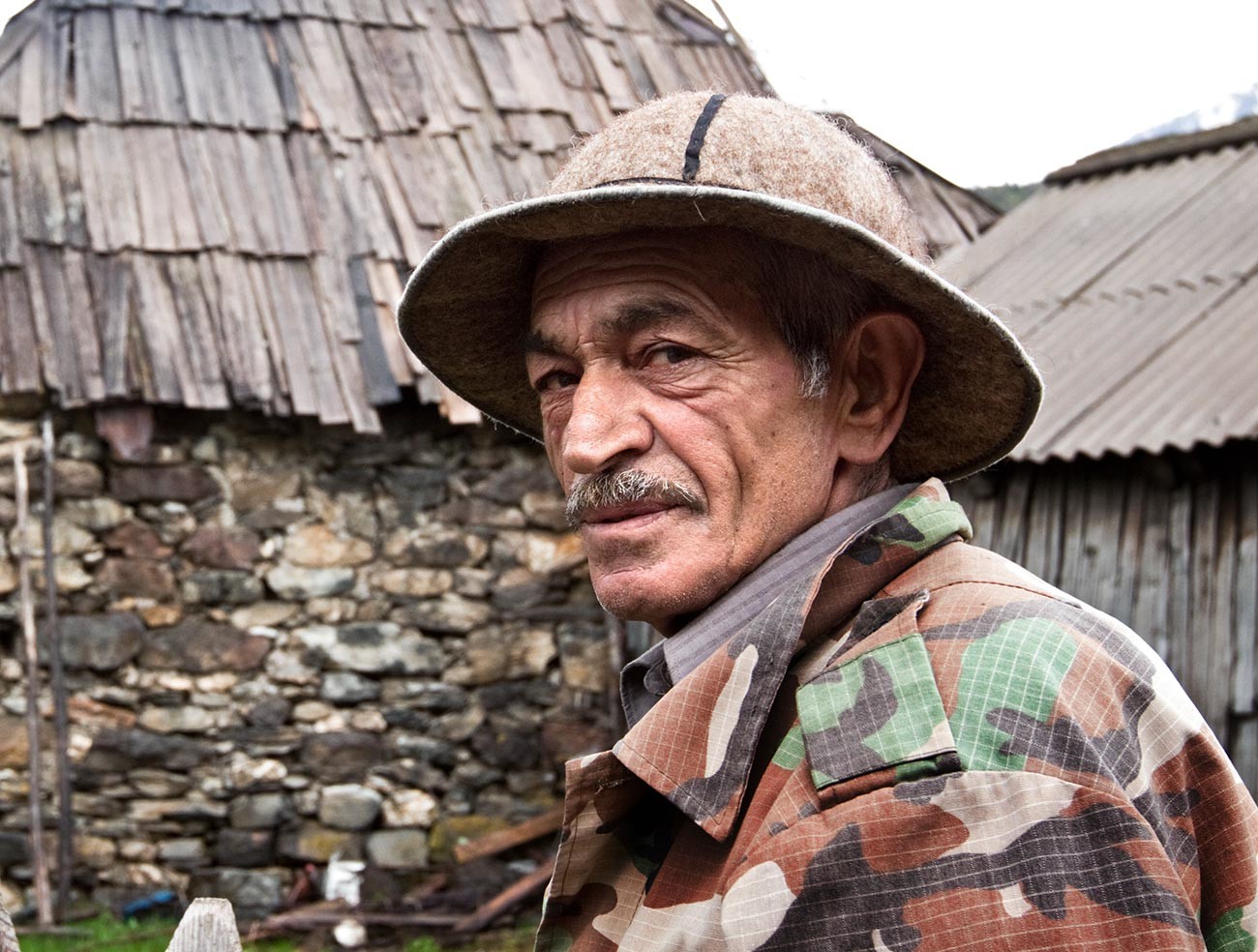 Ossetian farmers traditionally wore felt hats known as nymat khud: brown for everyday use or white for festive occasions, made from goat wool. This low hat with wide brims offered perfect protection from the hot sun and the mountain winds. Felt hats are very popular still, not only as an item of everyday clothing, but also as a souvenir from the Caucasus. 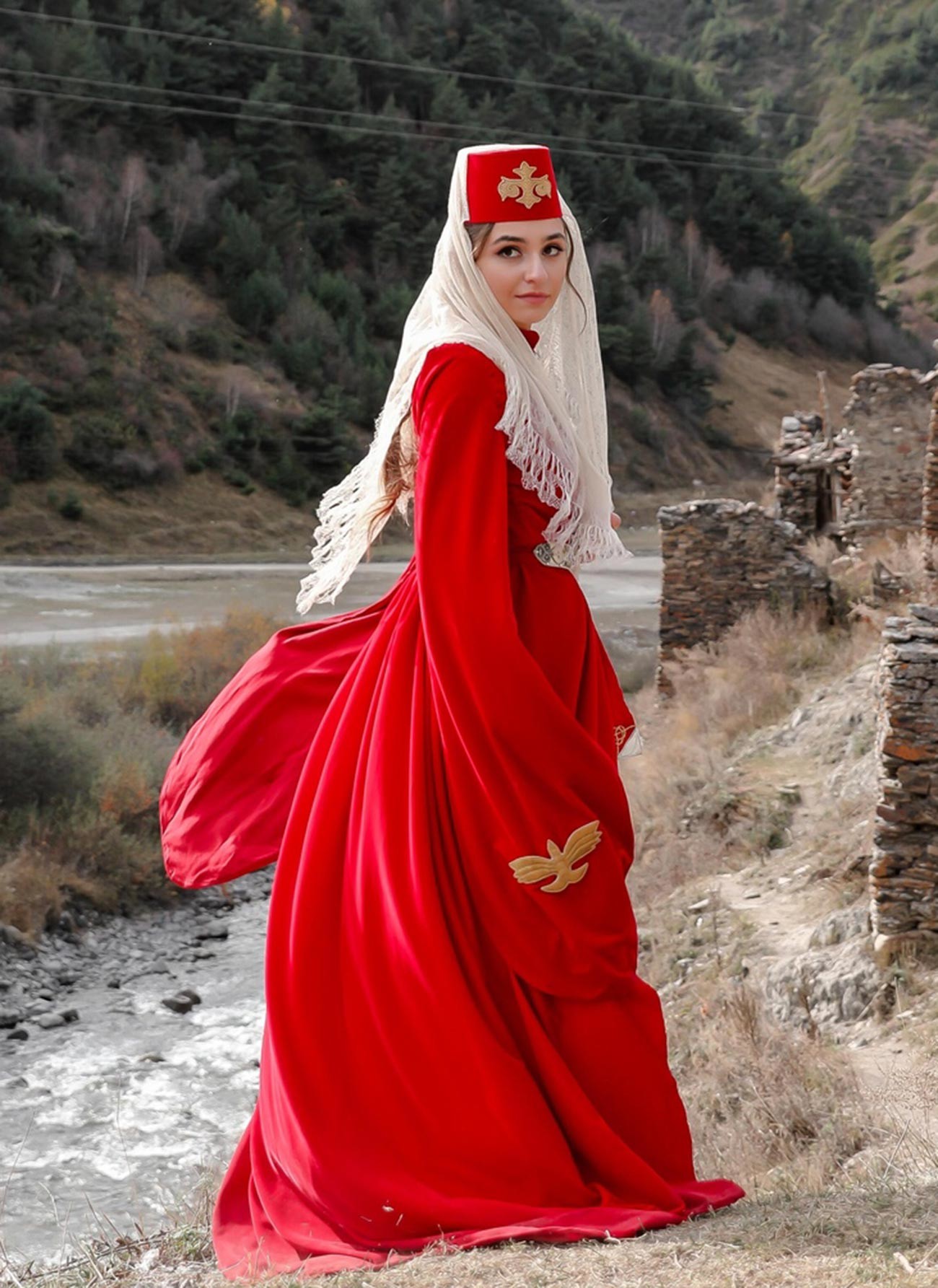 Ossetian women too have a traditional headdress, which is worn for festive occasions. It looks like a high skull cap covered in red or white velvet and decorated with national ornaments. The skullcap of a bride is called chindzy khud, or khaedgaekhud, that means “a cap with gold embroidery”. On top of it, the wearer can put on a delicate Ossetian headscarf made of fine wool. 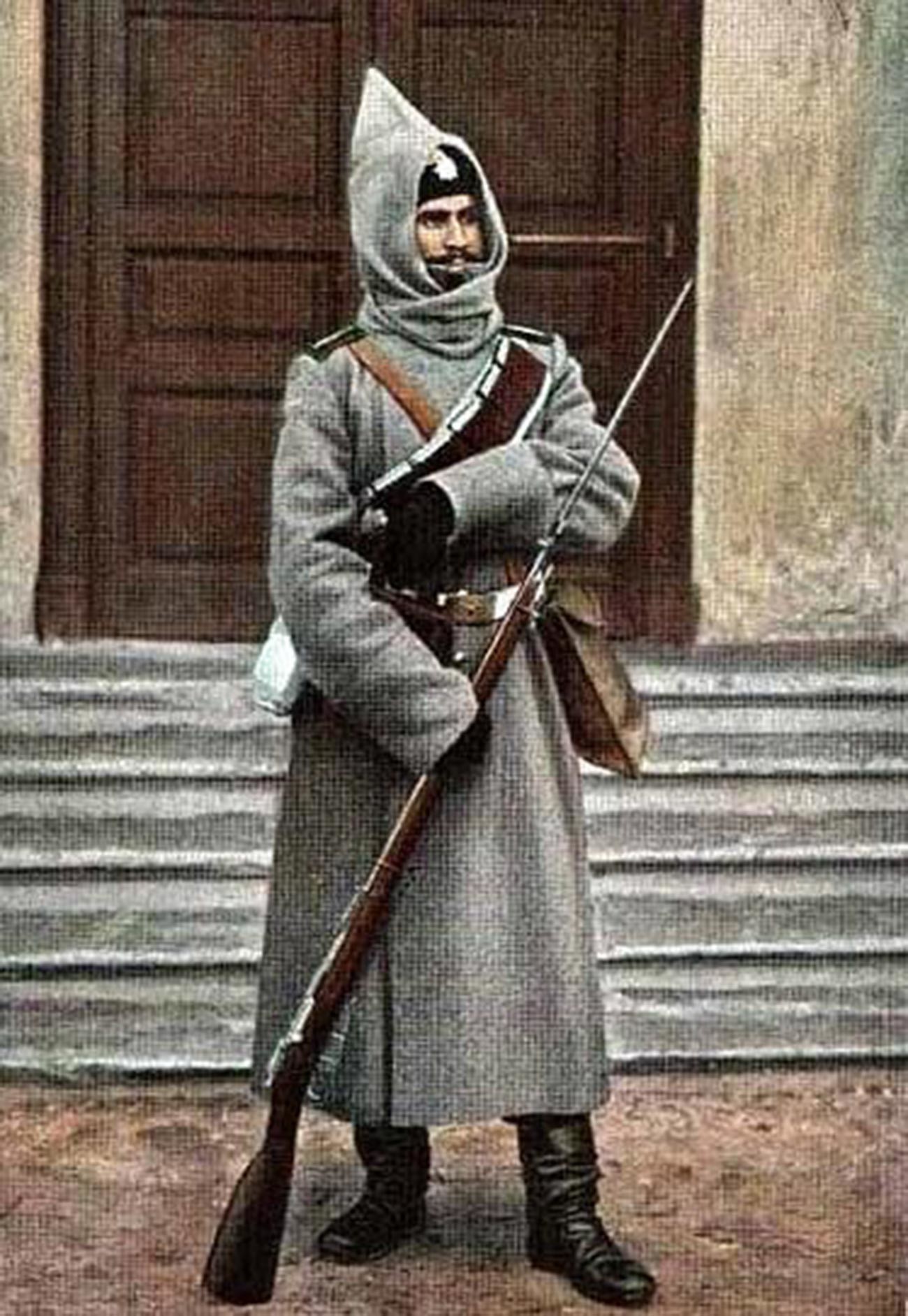 Bashlyk as a part of a historical military uniform.

One of the oldest headdresses worn by many peoples living in the Caucasus mountains and later by Cossacks too is the bashlyk, a pointed felt hood with long tails, which can be wrapped around the neck, protecting the wearer from the sun, the rain and the cold. From the 19th century, the bashlyk was part of the military uniform of the Russian army, later becoming popular among Western European soldiers, too. Bashlyks can be found in the wardrobe of many modern residents of the Caucasus. 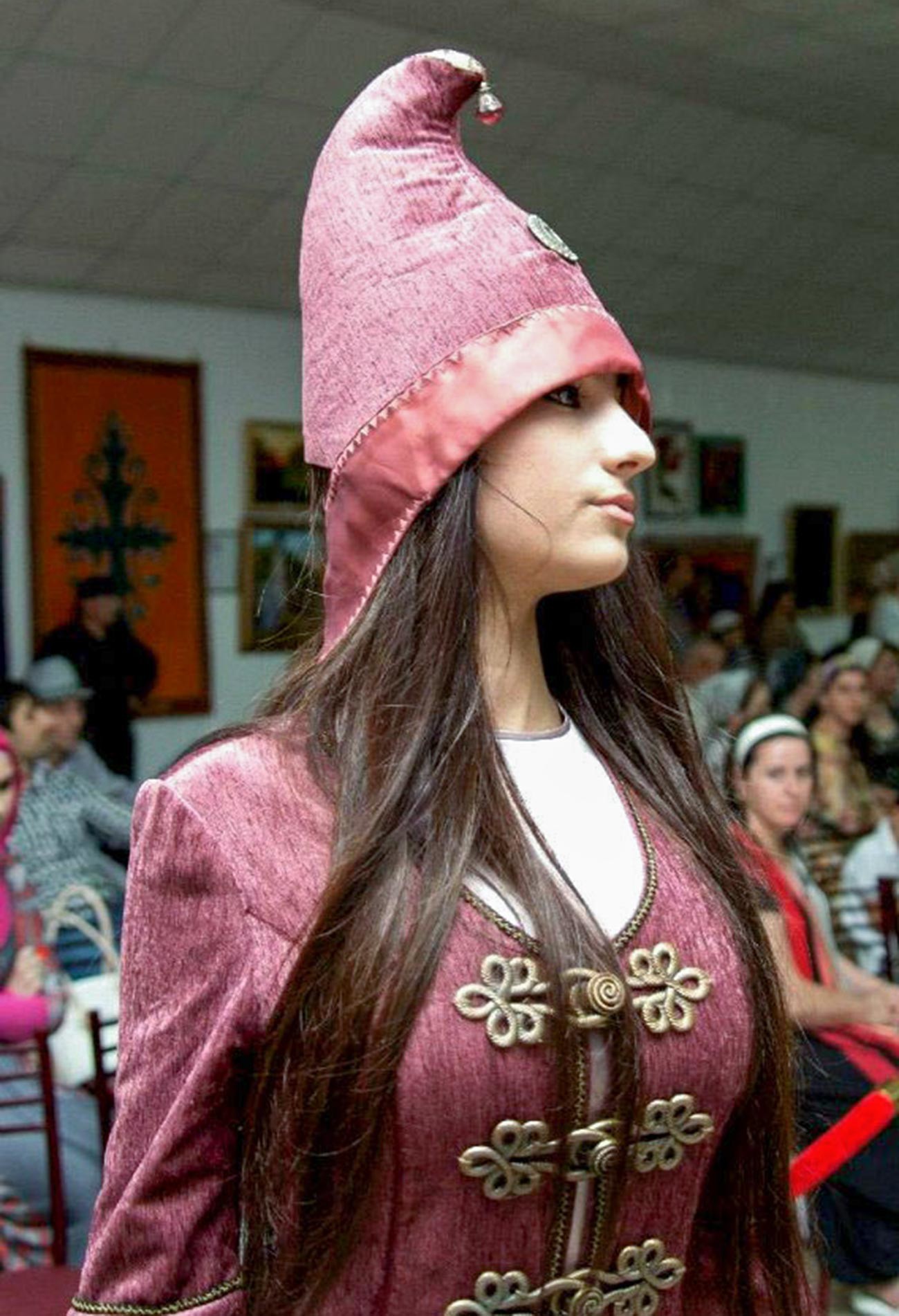 The ceremonial dress of Ingush women included an unusual headdress known as kurkhars (or kurkhas), which looked like a cap with a twisted “tuft”. These days, it can be seen in Ingushetia only during festive events, when people dress up in traditional costumes. 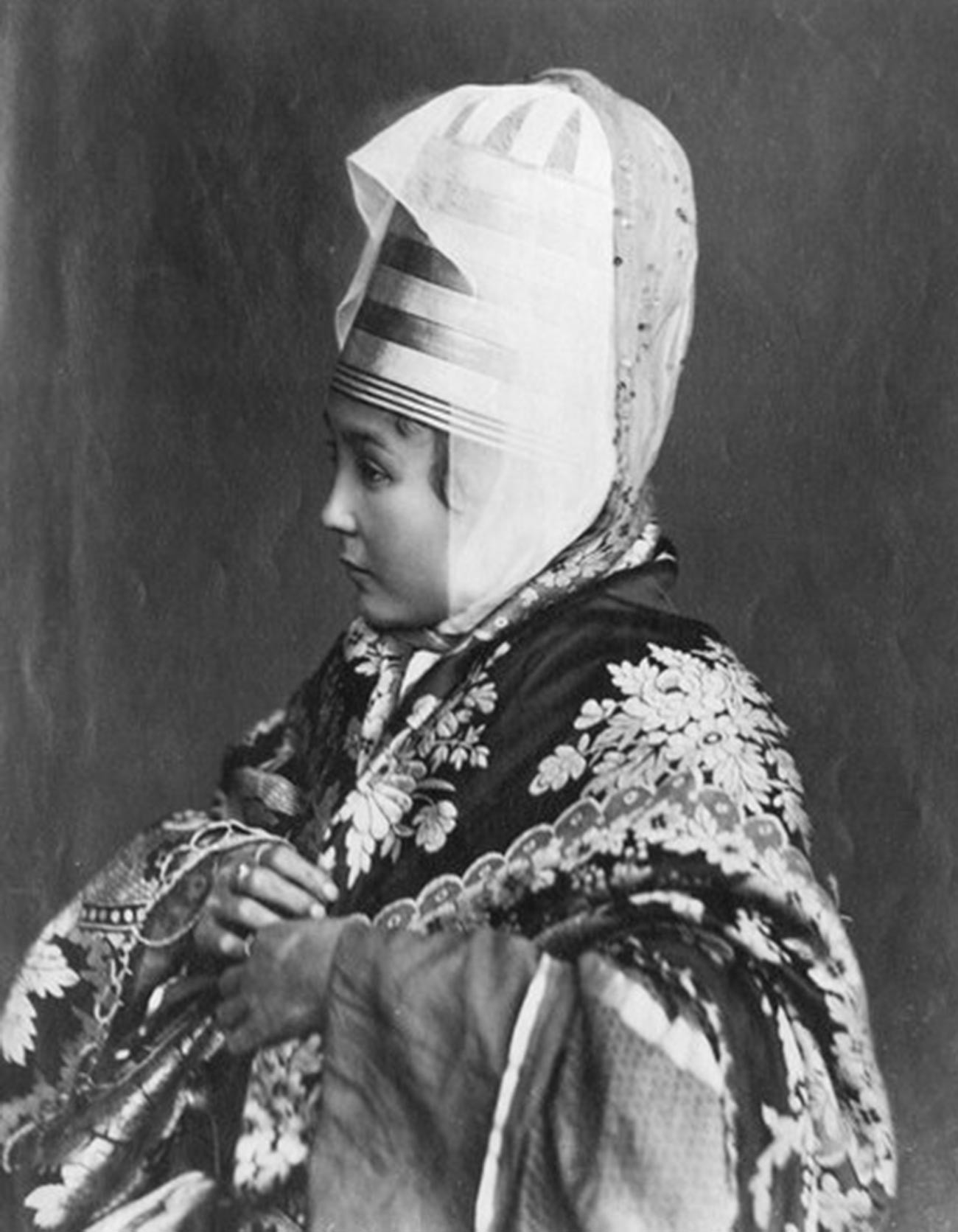 The traditional costume of a Nogai woman had a variety of headdresses. For example, unmarried girls wore low hats called oka bork with a metal (usually silver) finial, which also served as a clasp for a scarf. It could be in the form of a swallow or bird wings.

The status of a married woman was emphasized by a high hat with several stripes, whose number indicated how many brothers she had. Its finial could be in the shape of a ball.

The tallest hats are worn by Nogai brides. They are called teke bork, or “a goat hat”, as they are made from goat skin and then covered with velvet. A hat like that can be 80 cm tall and can weigh up to 5 kg! Young women believed that the teke bork inspired brides to a happy marriage.