7 major Russian PHILOSOPHERS you should know 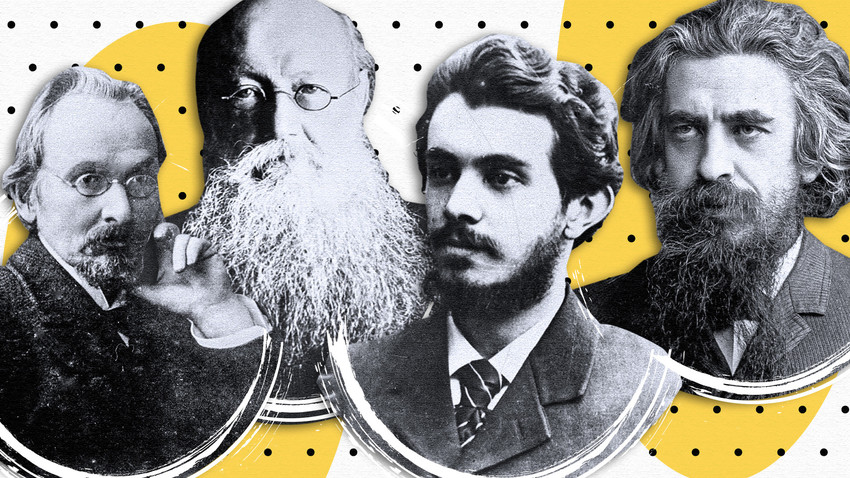 Kira Lisitskaya (Photo: Sputnik)
There are people who never seem to run out of ideas. And some are so profound that their ideas help shape, sustain and transform the changing landscape of human society. Here are seven groundbreaking Russian philosophers and thinkers that have been at the forefront.

Chaadayev’s life became a nightmare after the publication of his ‘First Philosophical Letter’ in 1836. 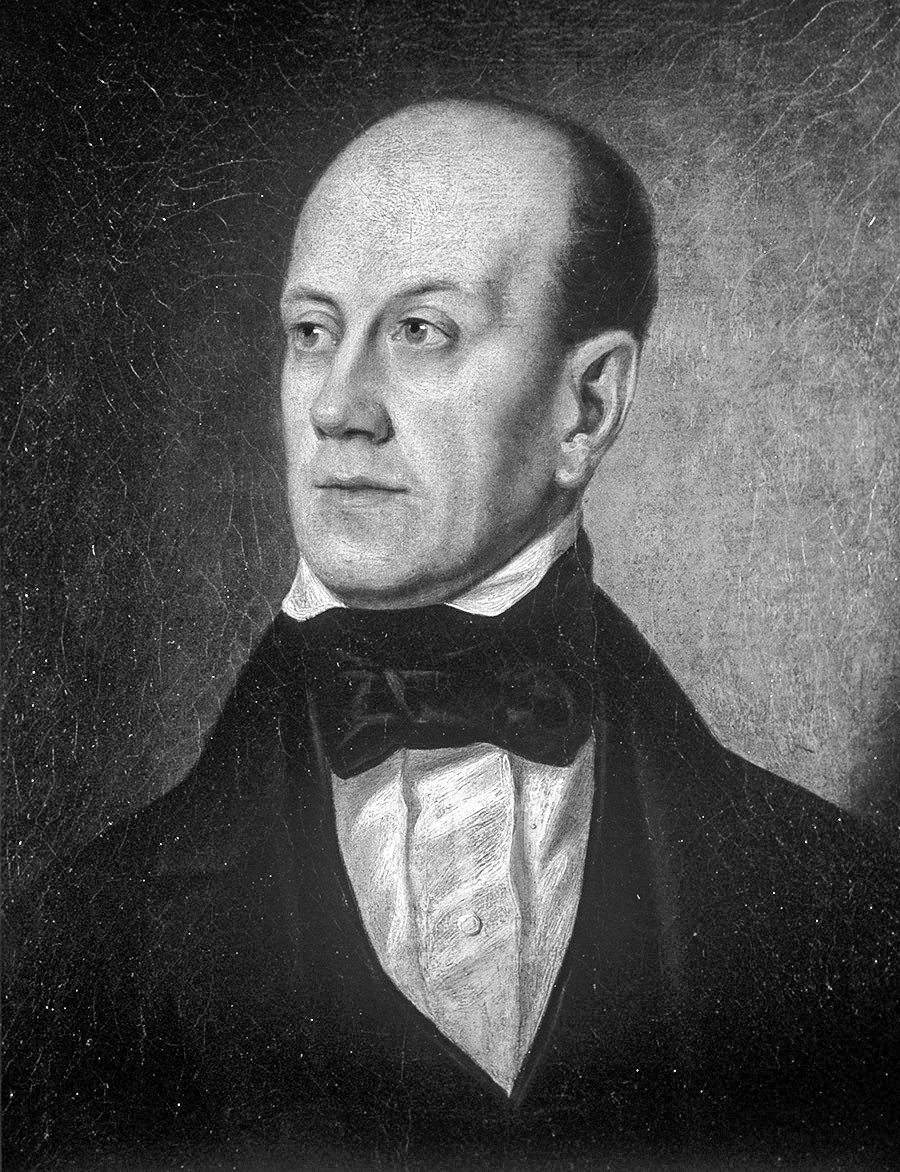 “Having read the article, I find that its content is a mixture of daring nonsense worthy of a madman,” Tsar Nicholas I stated. Aсcording to Alexander Herzen, Chaadayev’s letter was “a shot that rang out in the dark night”. Whatever you call it, Chaadayev was placed under house arrest for a year and was banned from publishing anything ever again. Alexander Pushkin’s friend was declared insane by the government for his writings, in which he sharply criticized the reality of Russian life, namely serfdom and autocracy. He had unorthodox views on the mission of Russia, its future and cultural identity. Chaadayev considered Europe a role model and said that Russia was a backward country lagging behind the others, with inertia, indifference and a lack of creativity to blame. He described Russia’s social life as “a dull and gloomy existence, devoid of strength and energy”. 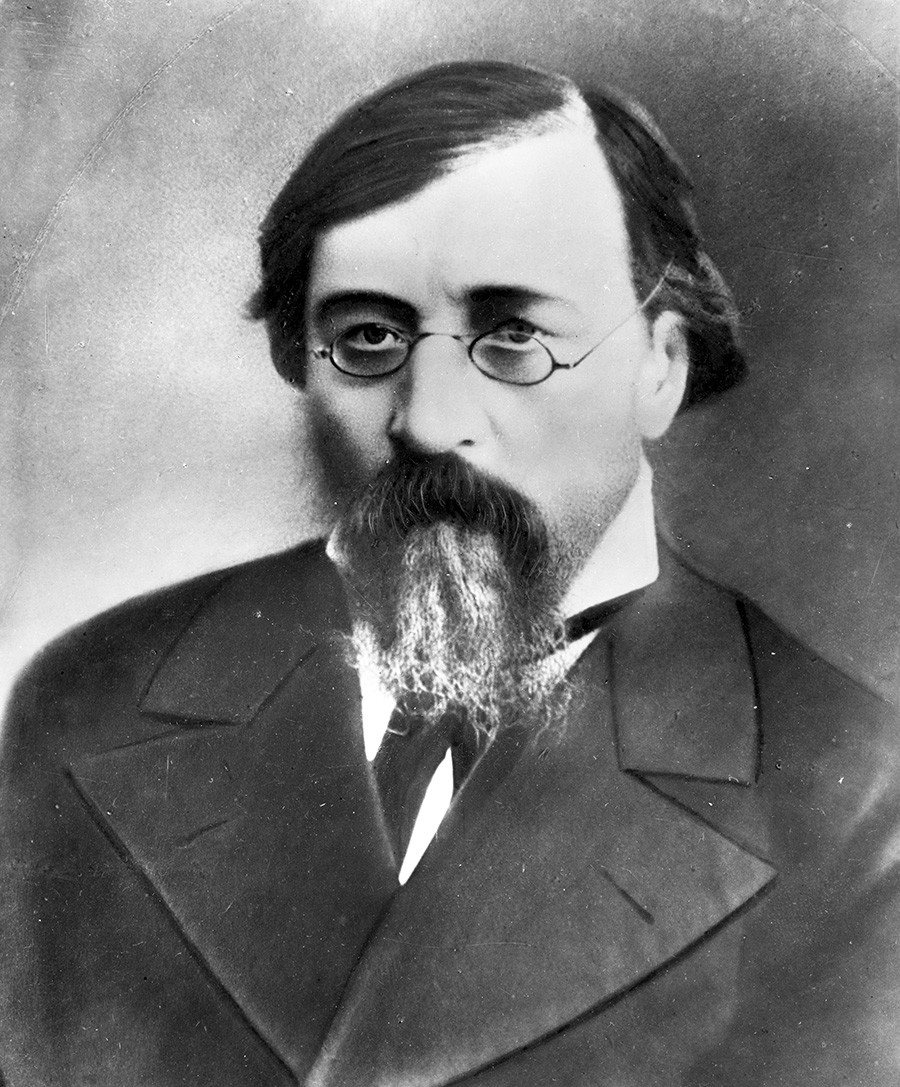 Chernyshevsky as seen in a 1888 photo.

The multi-talented theoretician left a noticeable mark on the development of social philosophy, literary criticism and Russian literature. Chernyshevsky became the ideological inspirer of the Land and Liberty revolutionary group that disagreed with the conditions on which Alexander II freed the serfs in 1861. On suspicion of links with the revolutionary underground, Chernyshevsky was imprisoned in the Peter and Paul Fortress, a political prison in St. Petersburg. He was dubbed “enemy number one for the Russian Empire”, with an investigation against him lasting more than a year. During this time, Chernyshevsky wasted no time and wrote his famous utopian novel ‘What’s To Be Done?’ Its publication resulted in Chernyshevsky being sentenced to seven years of hard labor in Siberia. He was released in 1883, inspiring several generations of Russian revolutionaries, Vladimir Lenin among them. “The greatest merit of Chernyshevsky is that he not only showed that every right thinking and really decent person should be a revolutionary, but also something else, even more important: what it takes to be a revolutionary, what the rules of the game are and how he should achieve his goals,” the Bolshevik leader once said.

A movie could be made out of this philosopher’s life. 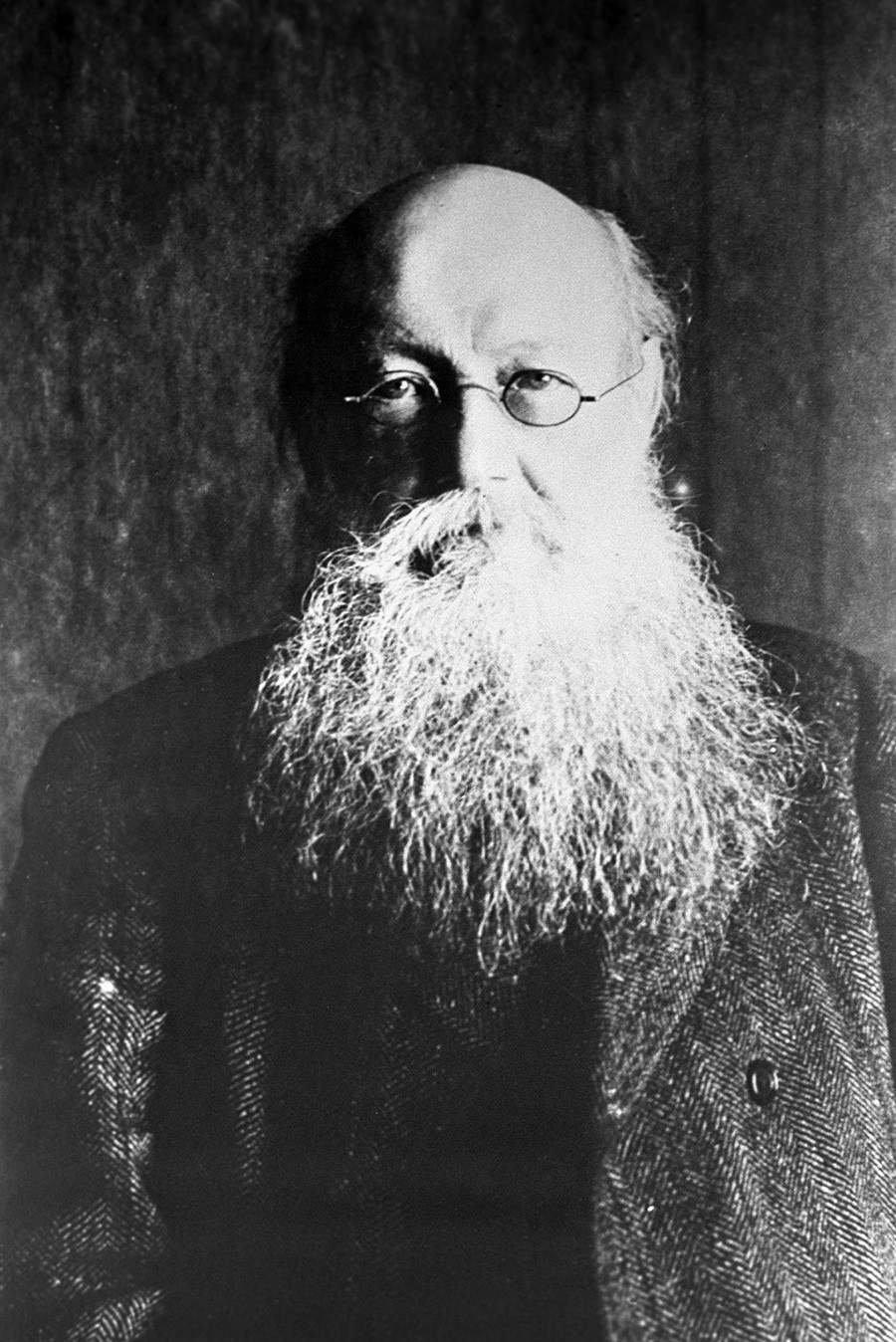 After the Bolshevik Revolution, Prince Kropotkin returned to Russia, where he was absent for more than 40 years, due to the persecution, and lived the last years of his life in Dmitrov, a small town near Moscow.

Kropotkin met with both Alexander Kerensky and Vladimir Lenin, who idolized the “grandfather of the Russian revolution.” Kropotkin’s key work, ‘The Conquest of Bread’, is a staple of political anarchist literature that still appears to influence anarchists worldwide. Kropotkin tried to substantiate the identity of anarchism and communism. He said that anarchism without communism is arbitrariness and lawlessness, while communism without anarchism is barracks and deprivation. Therefore, he tried to build a scientific “anarcho-communism”. Kropotkin didn’t just try to build sand castles, but looked for examples and tendencies of horizontal management in real life and in history. According to Kropotkin, revolution went hand in hand with evolution and creation. He was an advocate of a decentralized communist society exempt from central government and based on self-governing communities. The writings by Kropotkin set forth a direct path to a humanistic and just social order, along which the society could go without any “transitional periods”. Although what he wrote a hundred years ago is still relevant today, his ideas are likely to remain wishful thinking.

It’s believed that Solovyev was the prototype of Ivan Karamazov in ‘The Brothers Karamazov’ by Fyodor Dostoevsky. 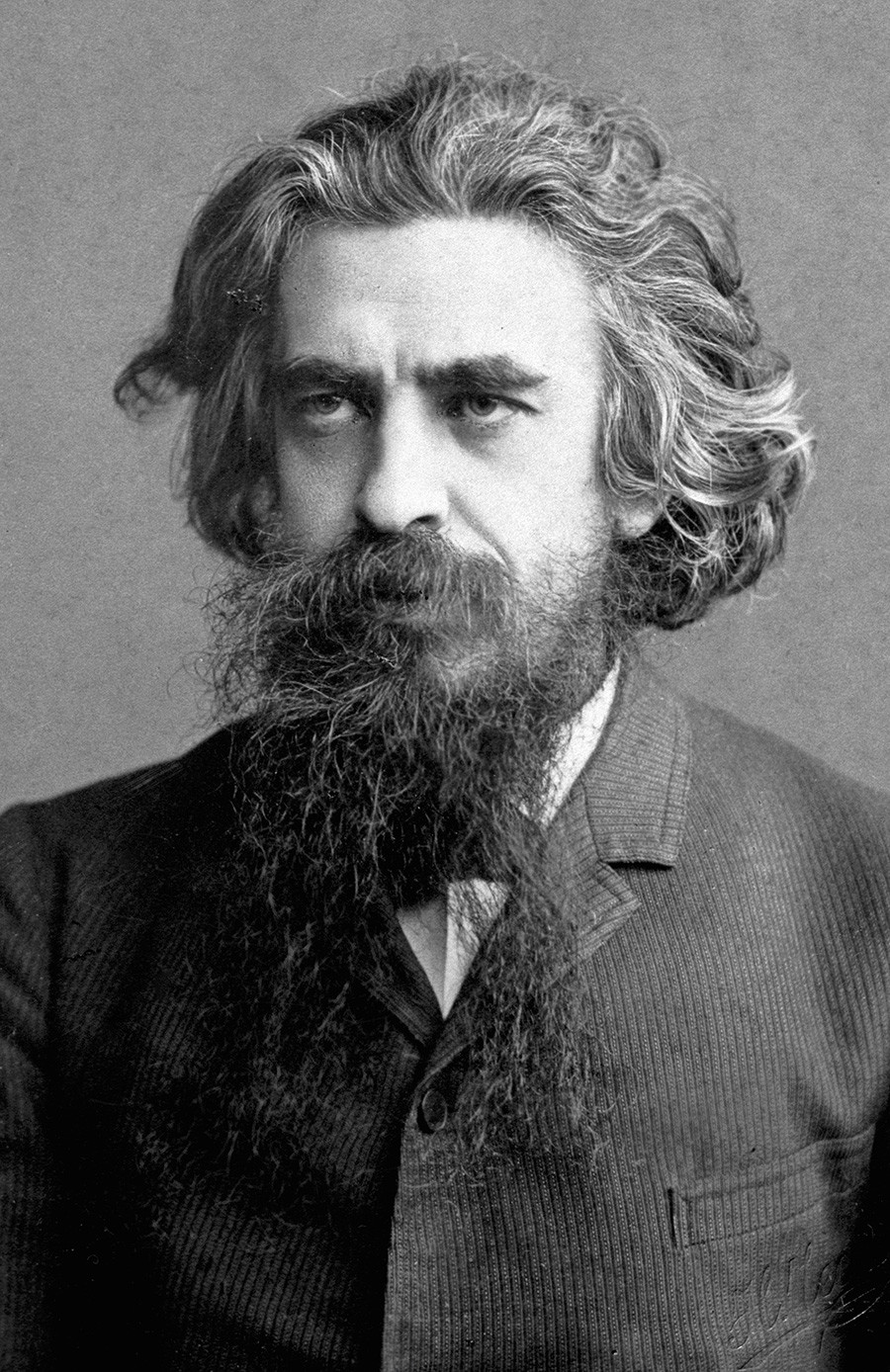 Solovyev and Dostoyevsky were good friends. The year 1881 was a turning point year for the philosopher. Russia was shocked by the assassination of Emperor Alexander II. Solovyev condemned the crime by the ‘Narodnaya Volya’ terrorist organization, but called on the new heir to the throne to show mercy and pardon the murderers. This act was dictated by Solovyev’s deeply-rooted conviction of the need for Christian forgiveness.

The basis of his philosophical doctrine is the idea of ​​Godmanhood. It was first presented by a scientist in 1878. Its main message lies in the conclusion about the unity of man and God. In his teachings, Soloviev used the term Sophia, or Wisdom, which was to become the soul of a renewed faith. According to the philosopher, only a renewed church and religion can fill the ideological vacuum formed at the end of the 19th century, when many radical political theories and movements arose. Long spiritual searches led Solovyov to believe that only thanks to faith in God could humanity survive.

As much as Konstantin Stanislavsky’s ideas revolutionized theater, Rozanov’s way of thinking changed the face of philosophy, becoming a new genre. 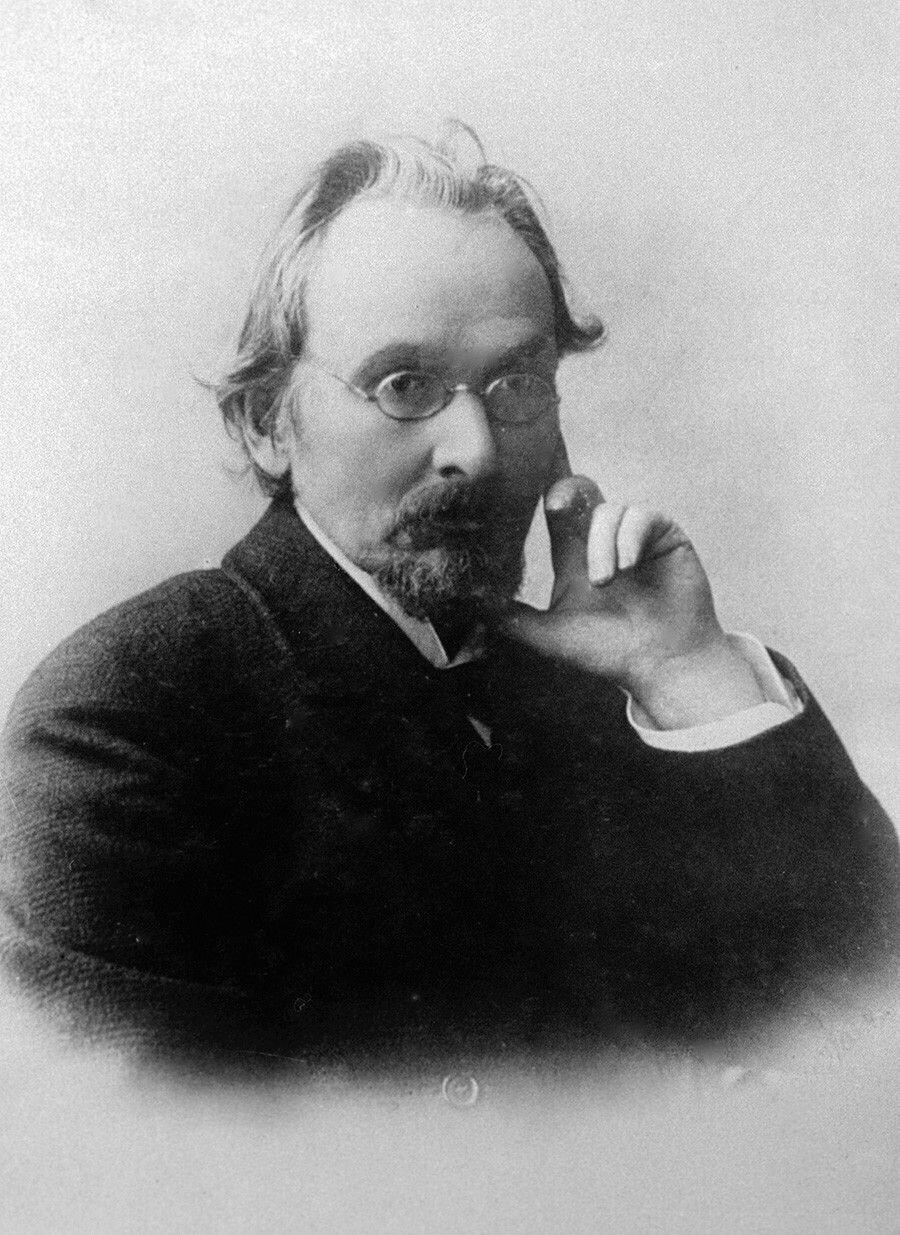 It’s based on unfiltered and unedited personal experience, a fleeting teasing impression. “One minute had passed between ‘I want to sit down’ and ‘I sat down.’ Where did all these completely different off-topic thoughts come from?” Rozanov, who often referred to himself as Dostoyevsky’s ‘Underground Man’, wondered (In fact, Rozanov loved Dostoevsky so selflessly and faithfully that he married his mistress Apollinaria Suslova, even though he was seventeen years younger than the bride).

While Leo Tolstoy first tried to introduce the elements of the “stream of consciousness” into his classic works, Vasily Rozanov wrote a philosophical trilogy - “Solitary” and two parts of “Fallen Leaves” using this innovative form of narration. In his writings, Rozanov attempted to put on paper his raw, intimate thoughts and feelings. This literary form was at its best in James Joyce’s ‘Ulysses’.

The philosopher’s opinions on many issues are contradictory as they were passionate. For instance, on the one hand, Rozanov said that the failed revolution of 1905 rocked the boat, wreaking havoc, on the other, he believed that the events brought Russia closer to a secure future.

READ MORE: Great Russian writers who BURNED their own works

The unorthodox philosopher considered it necessary to describe things from different angles and in different forms: “One must have exactly 1,000 points of view on the subject. These are the ‘coordinates of reality’ and the reality is only captured with these 1,000 angles.”

Religious and political philosopher and a rare expert in the Russian mentality, Berdyaev was nominated for the Nobel Prize in Literature no less than seven times! 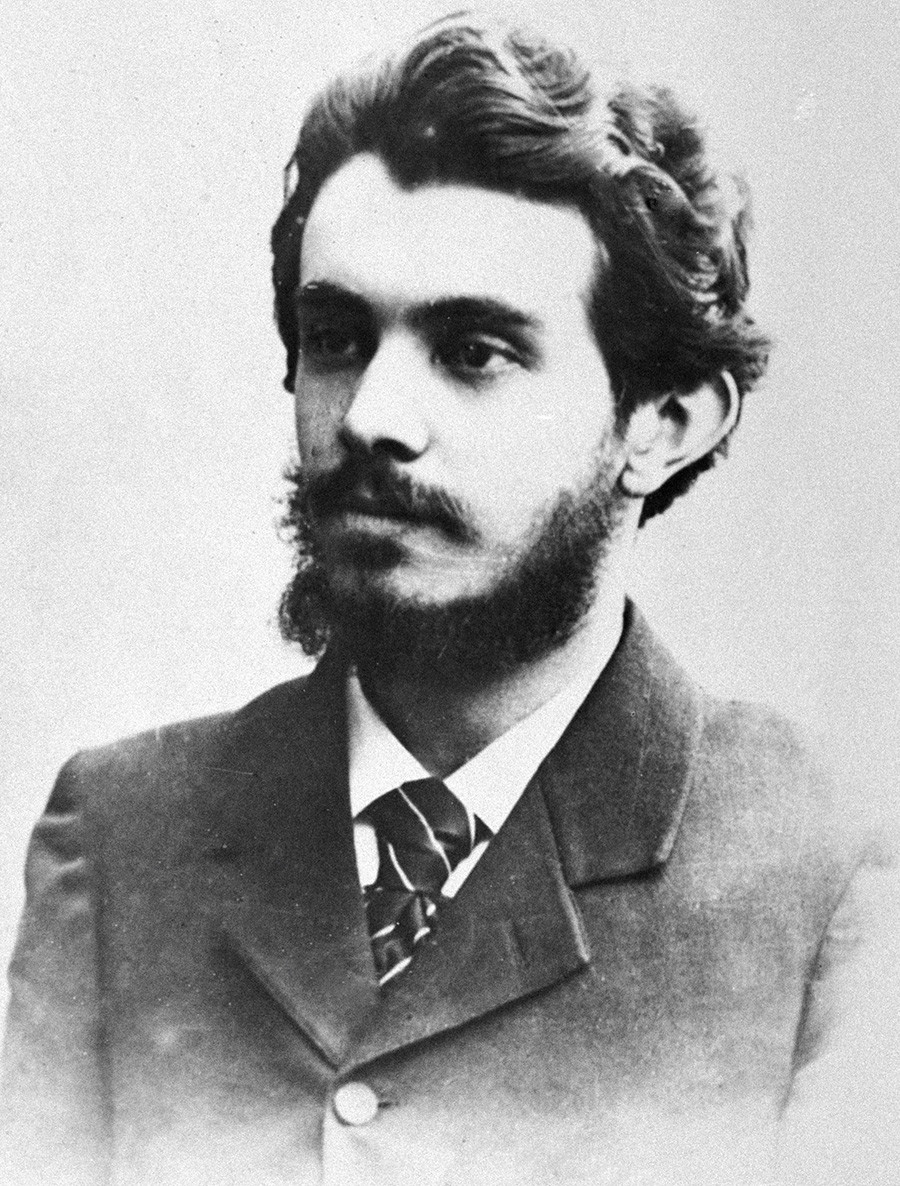 “The Russian yearning for the meaning of life is the major theme of our literature and this is the real point of our intelligentsia’s existence,” he once wrote. Berdyaev achieved world recognition for his groundbreaking book, titled ‘The New Middle Ages. Reflections on the Fate of Russia and Europe’, which saw the light of day in Paris where he moved in 1924. His life in post-Revolutionary Russia, however, was a mess. “Bolshevism is a rationalistic madness, a mania for the final regulation of life, based on an irrational popular power.” Berdyaev got to a boiling point when he was accused of conspiracy, arrested and jailed. There were too many events to cram onto the philosopher’s life, Berdyaev complained. “I was imprisoned four times, twice during the old regime and twice during the new one, was exiled to the north of the country for three years, faced a process that threatened me with eternal settlement in Siberia, was expelled from my homeland and I will probably end my life in exile.” Sadly, he guessed right. Berdyaev was a key representative of the Christian existentialism school of philosophy that highlights a profound exploration of the human condition and the state of the world within a Christian framework.

In his best work, ‘The Russian Idea’ (1946), Berdyaev formulated the quintessential idea that got his creative juices going during the final days of his life. The philosopher believed that a more just system could be created in post-Soviet Russia and that it would be able to fulfill the country’s key mission - to become a unifier of the Eastern (religious) and Western (humanistic) baselines of history.

Tsiolkovsky is one of the founders of the philosophical movement called ‘Cosmism’ that influenced theology and physical sciences, as well as visual arts in Russia and overseas. 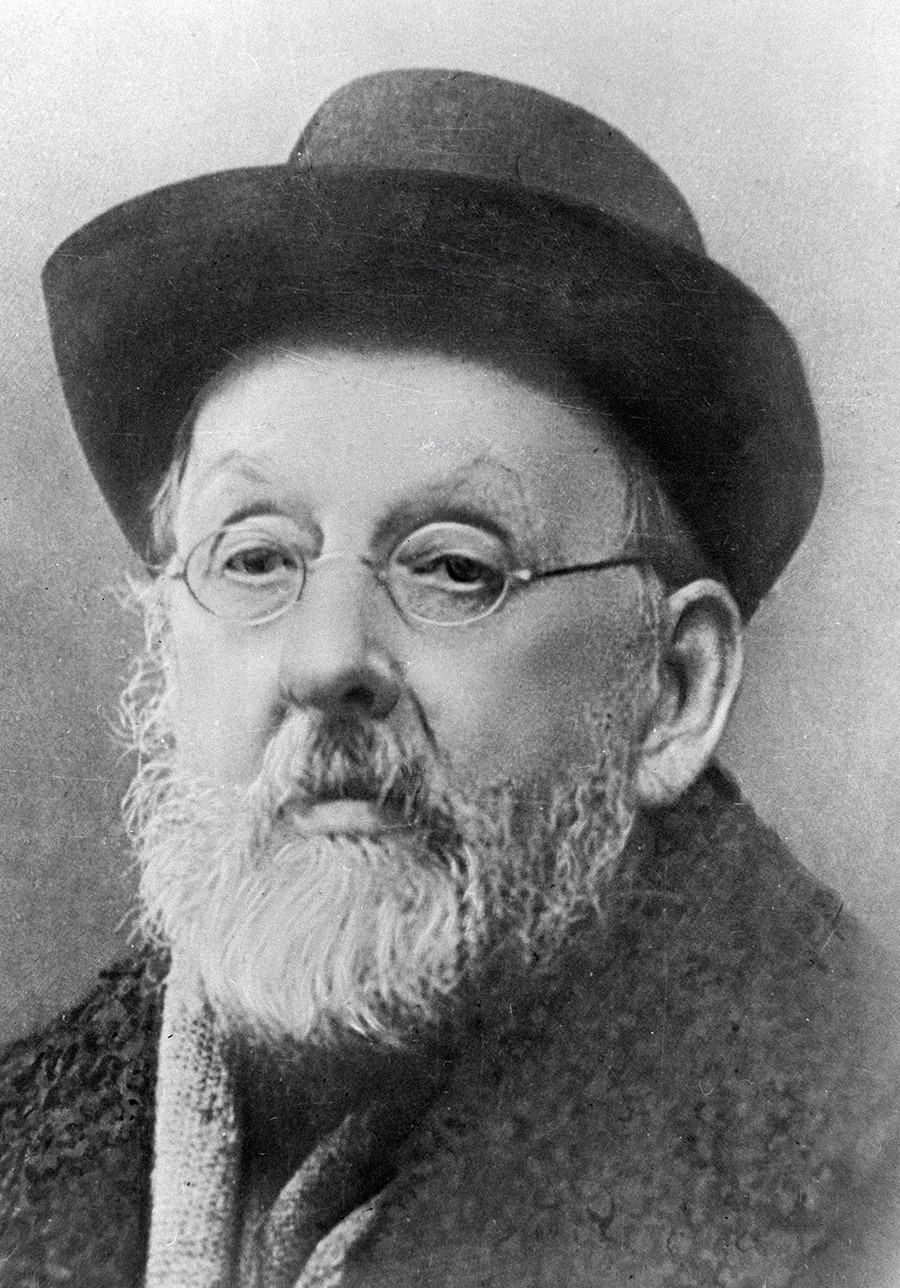 A self-taught scientist was born with his eyes looking up at the stars and became the founder of modern cosmonautics. In 1887, Tsiolkovsky wrote a short story titled ‘On the Moon’, where he described the sensations of a person who finds himself on an earthly satellite. A significant part of the assumptions expressed by Tsiolkovsky eventually proved to be correct. From 1903, Tsiolkovsky fully devoted himself to space exploration. In the article ‘Exploration of World Spaces by Jet Devices’ he first substantiated that a rocket could become an apparatus for successful space flights. The scientist also developed the concept of a liquid propellant rocket engine. In particular, he determined the speed required for the spacecraft to enter the Solar System (“second space speed”). Tsiolkovsky dealt with many of the practical issues of space, which later formed the basis for Soviet rocketry. The rocket pioneer came up with a solution designed to give options for missile guidance, cooling systems, nozzle designs and fuel delivery systems. His works inspired the father of practical cosmonautics Sergei Korolev, prompting the development of the Soviet space program.