Russia and Russians through the eyes of foreign artists (PICS)

Culture
Alexandra Guzeva
Foreign painters were always distinguished guests at the imperial court. Russia and its enigmatic landscapes attracted and inspired artists from all across the globe.

A great many foreign artists were active in the Russian Empire from the early 18th to the first half of the 19th century. The phenomenon was even christened Rossica. Western European painters effectively shaped secular art in the country. 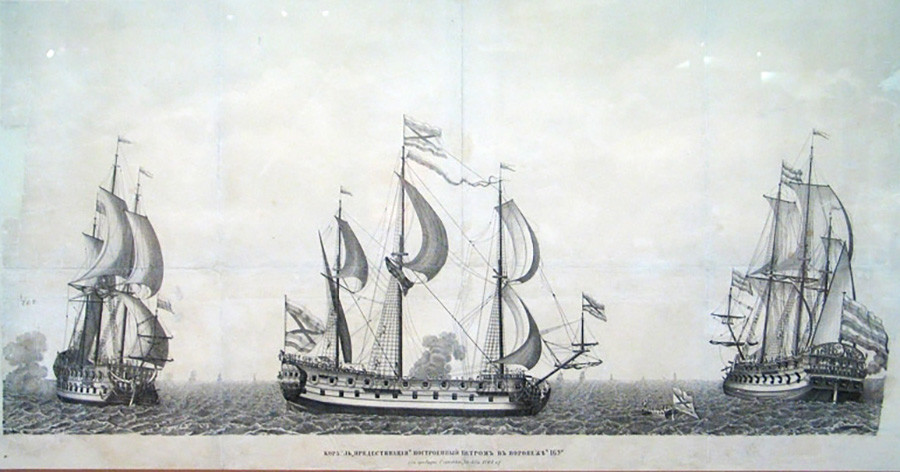 The Dutch artist was one of the first foreigners invited to Russia by Peter I (the Great). Schoonebeek is known for his battle engravings and maps, as well as for depicting the first ships of the new Russian fleet that Peter was building.

Johann Tannauer. Tsar Peter I at the Battle of Poltava. 1737 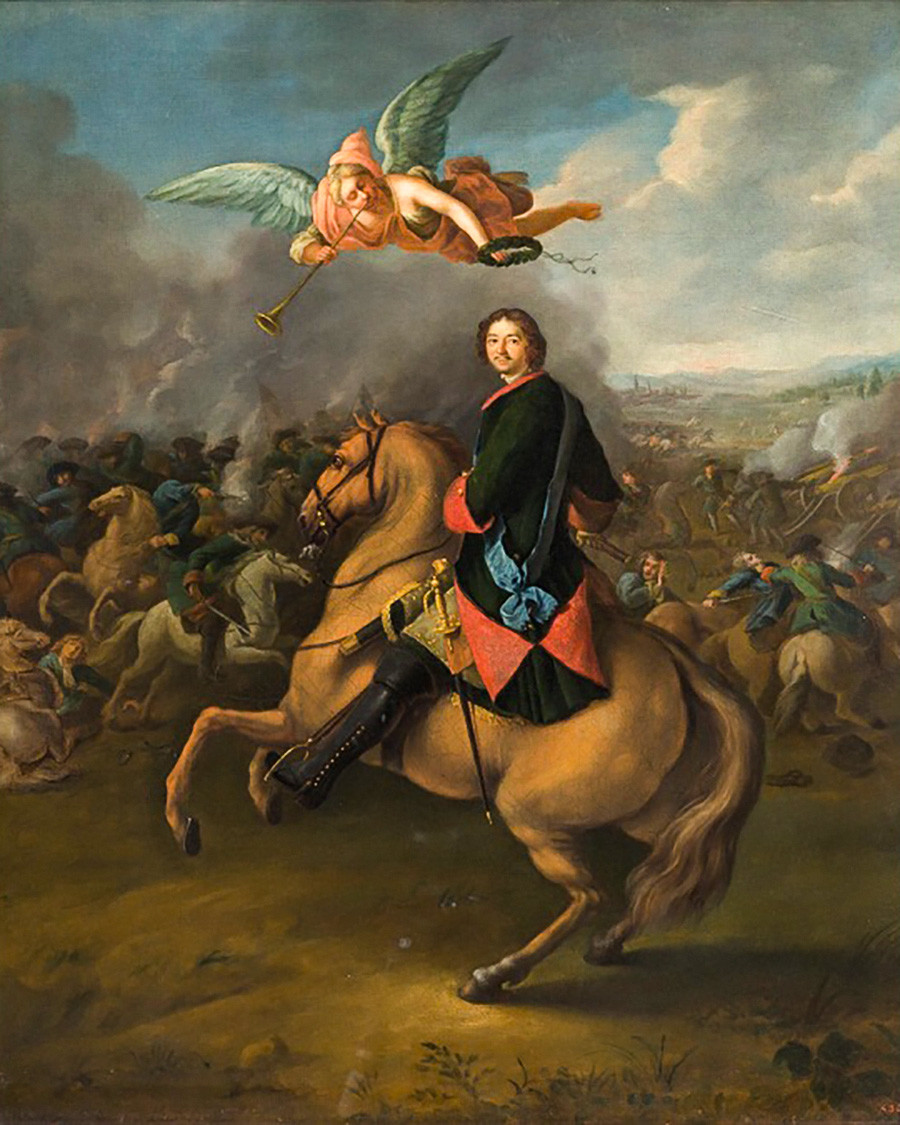 Russia's victory in the Battle of Poltava ultimately determined the outcome of the Northern War, giving Russia access to the sea and new territories into the bargain. The German artist depicted Peter in a heroic equestrian portrait, being crowned with the victor’s laurel wreath by the winged goddess Nike.

Jean-Marc Nattier. Portrait of Peter I and portrait of Catherine I. 1717 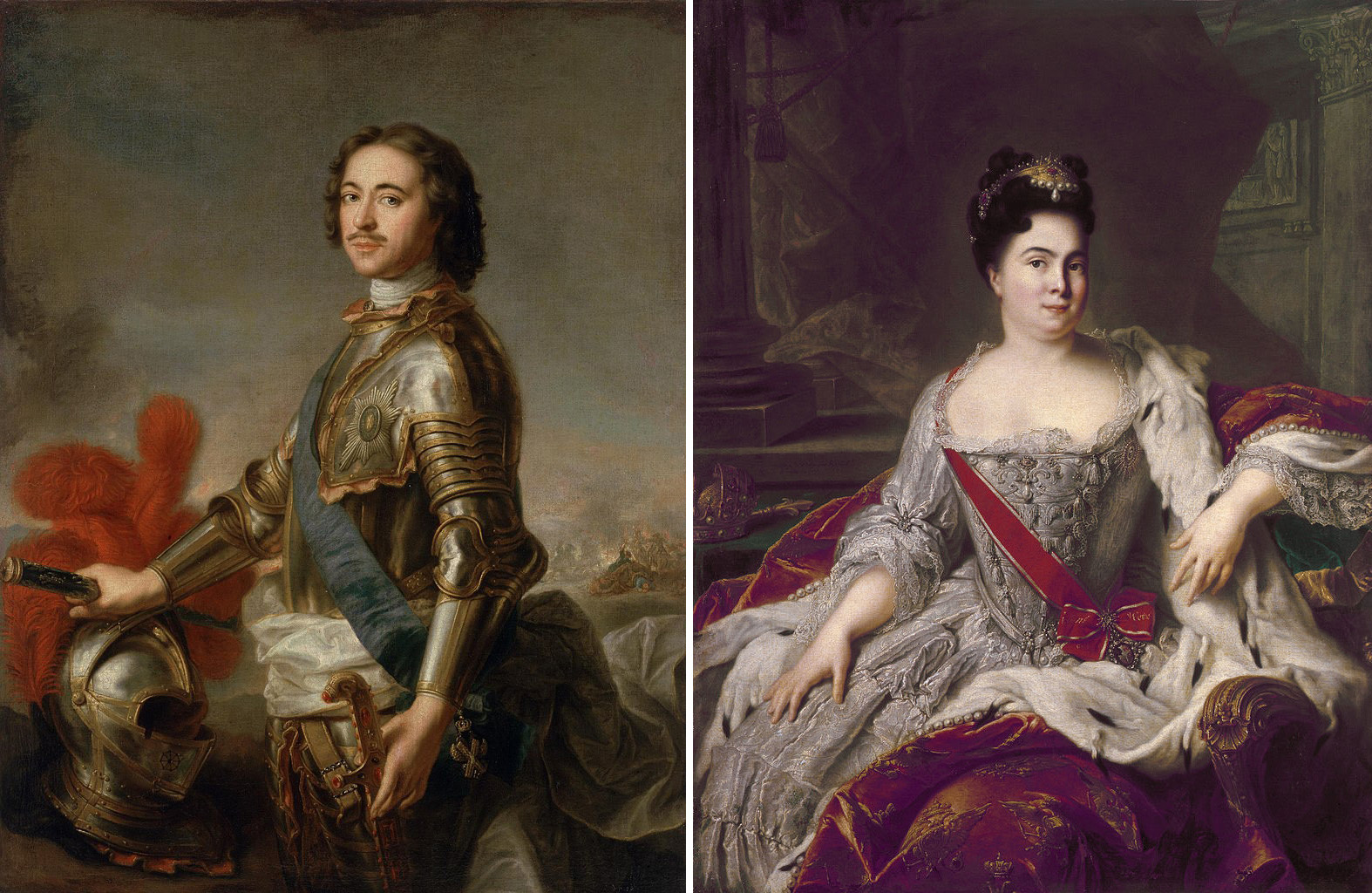 The French artist's brush produced portraits of many representatives of the Russian nobility, but the depictions of Peter I and his wife, the future empress, Catherine I, are particularly well known. 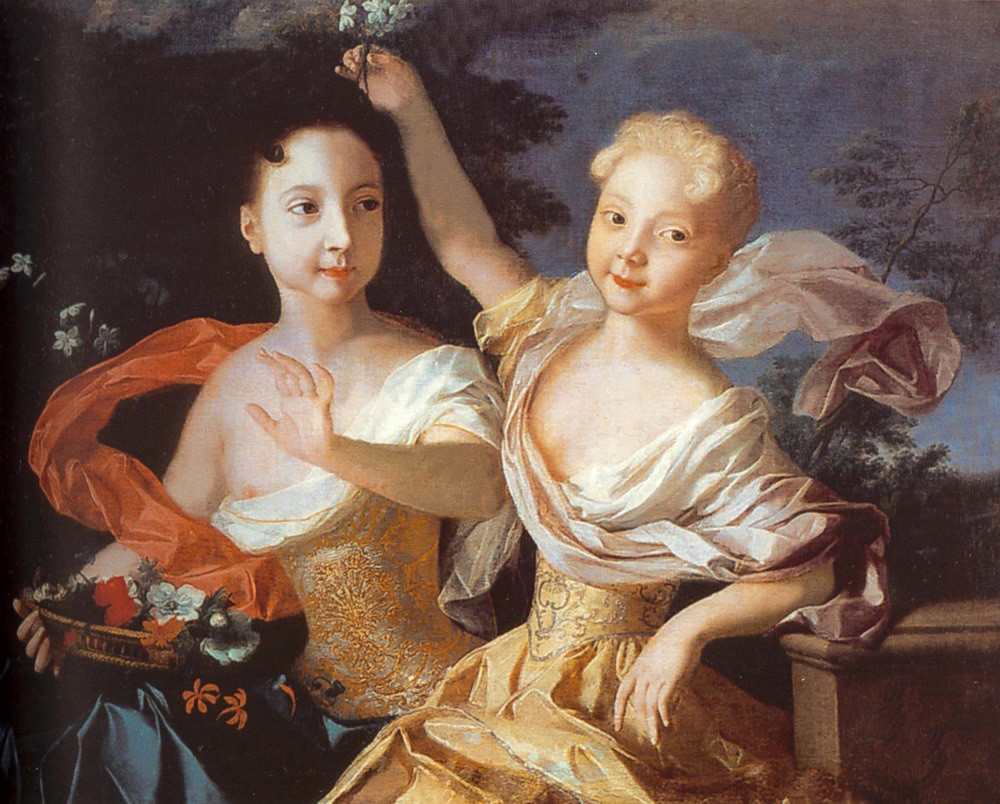 Peter I commissioned the French artist to paint not only his own portrait, but those of his children and grandchildren. Caravaque also worked on battle paintings for the palaces of St. Petersburg, and was one of the first foreigners to paint icons for Orthodox churches. 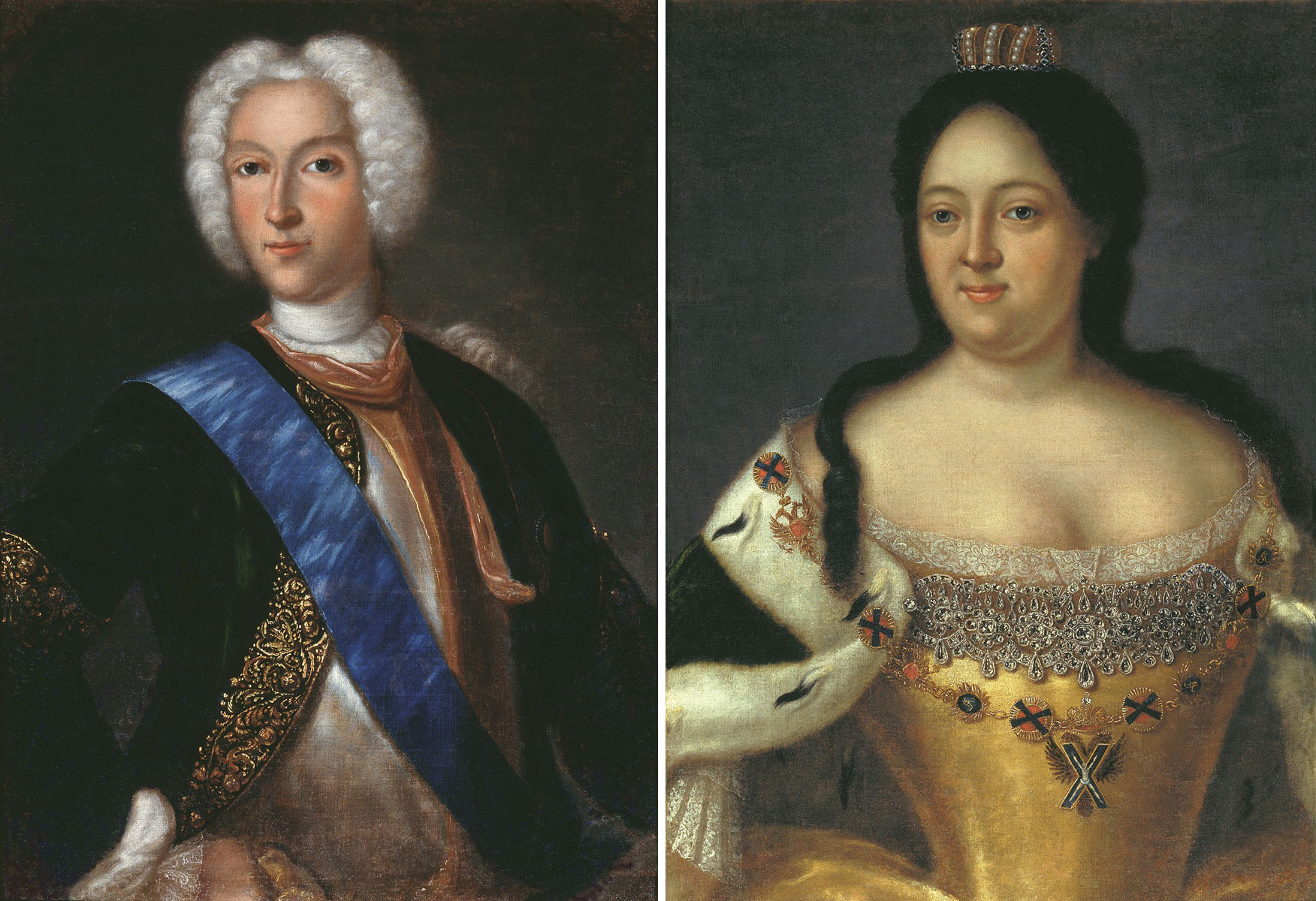 The German painter was a court portraitist of the Swedish king, Charles XII, but also received numerous commissions from the Russian emperor, Peter I, and his successors. In Russian art, he is considered one of the founders of the secular portrait genre. 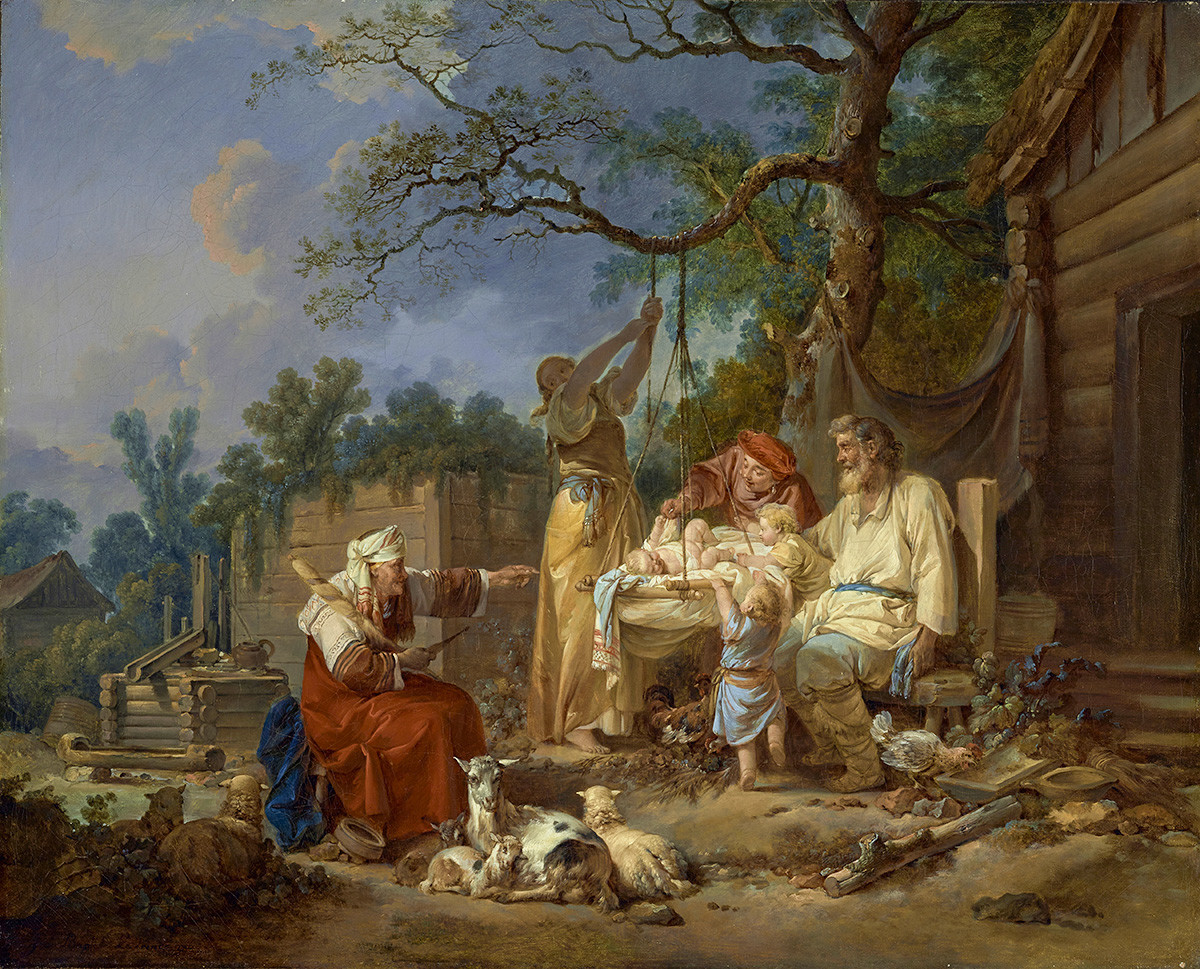 The French artist was a representative of the Rococo style, which Empress Elizabeth Petrovna simply adored. She sent Le Prince on a trip around Russia, which resulted in a series of sketches and "Russian types".

Élisabeth Louise Vigée Le Brun. Portrait of the Daughters of Emperor Paul I. 1796 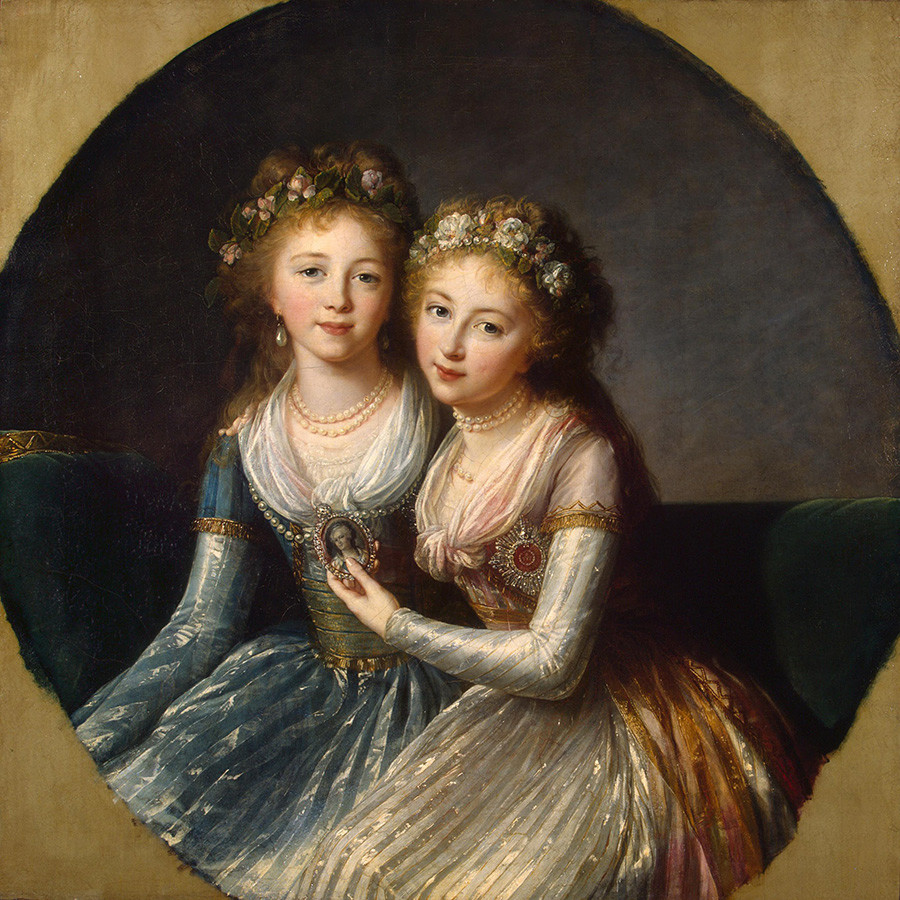 The favorite artist of Marie Antoinette left her homeland after the French Revolution and spent several years in exile abroad. In the 1790s, she lived a while in Russia, where she painted portraits of nobles and members of the tsarist family.

Gerard Delabart. View of Moscow from the Balcony of the Kremlin Palace towards the Moskvoretsky Bridge. 1797 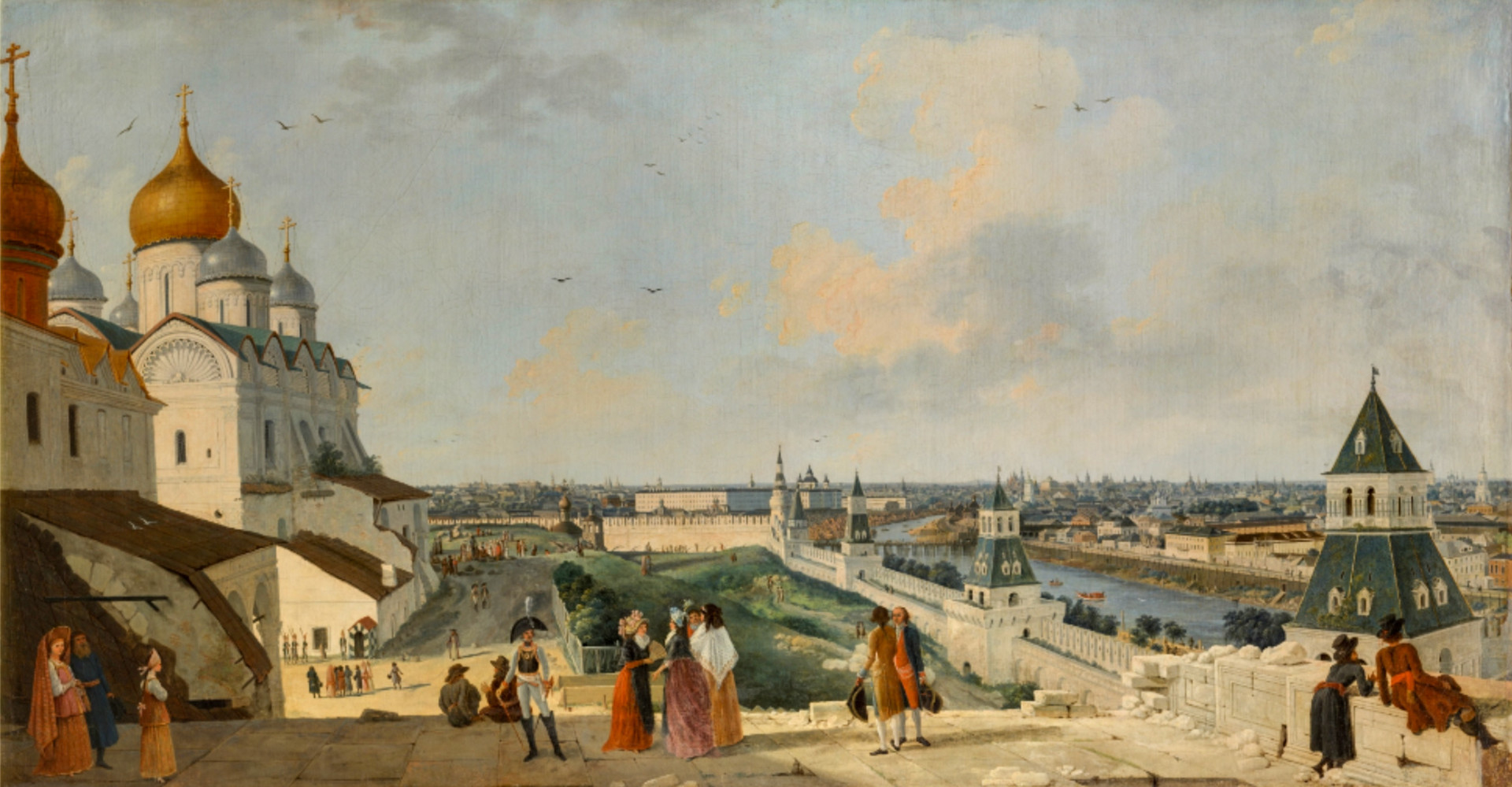 Thanks to the detailed engravings of this French painter, we can glimpse the Moscow cityscape before the devastating fire of 1812 during the war with Napoleon. 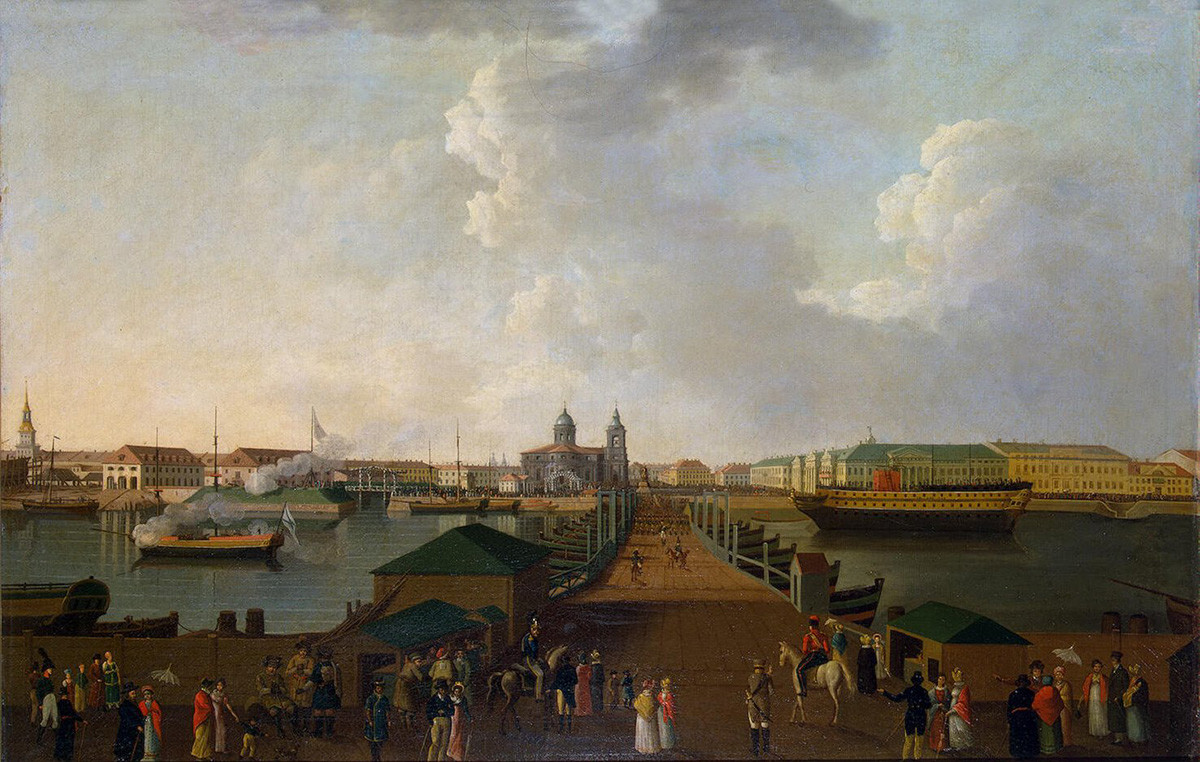 The Swedish-born artist painted over 100 views of St. Petersburg. The Hermitage houses a large collection of his works, showing how much the city has changed over the past two centuries. 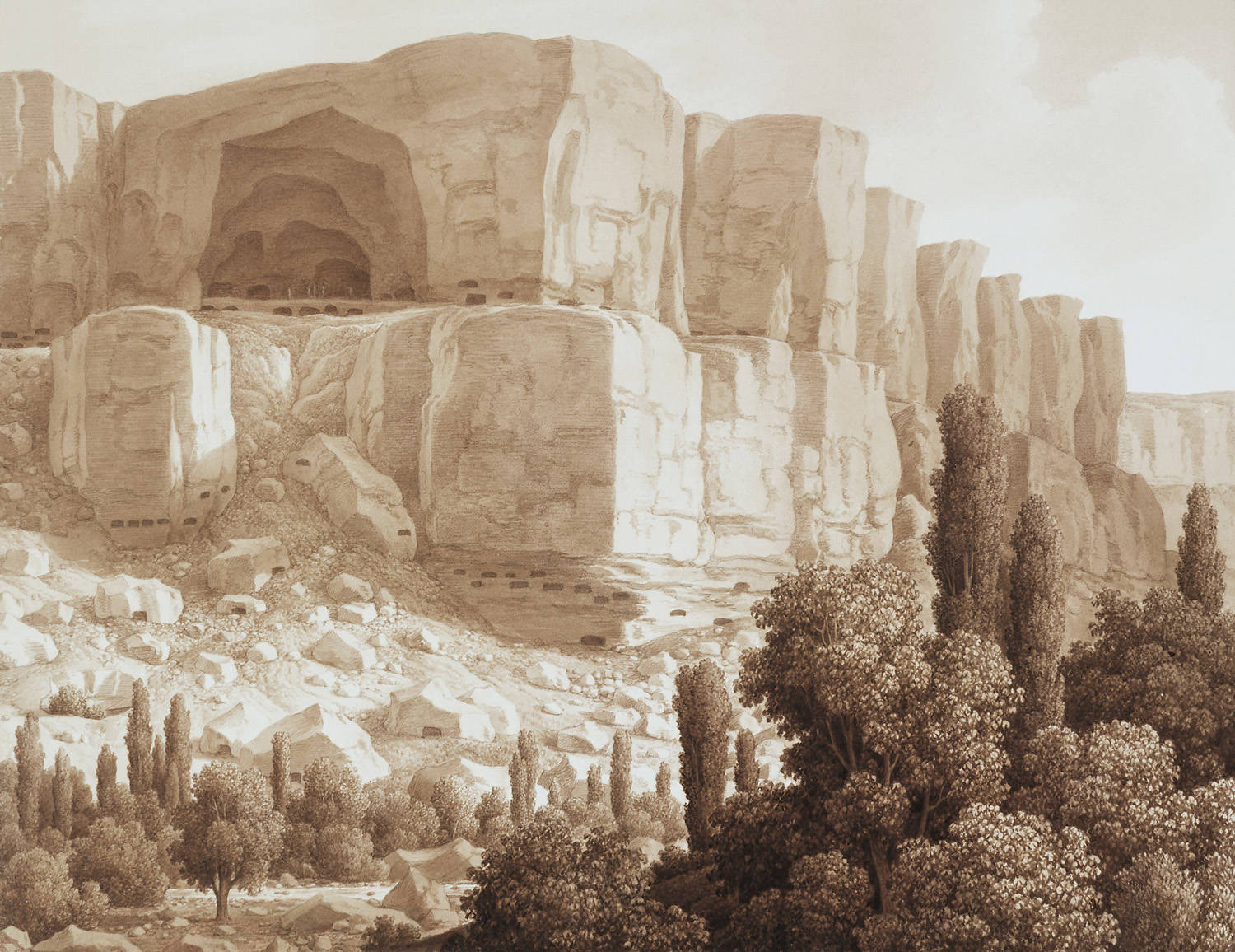 German artist brothers Karl and Gerhard von Kügelgen came to Russia at the invitation of Paul I, took Russian citizenship and became court painters. They were among the first to paint landscapes from the newly annexed territories of Crimea, Finland and Estonia.

Auguste Cadol. Cathedral of the Trinity Lavra of St. Sergius. First half of the 19th century 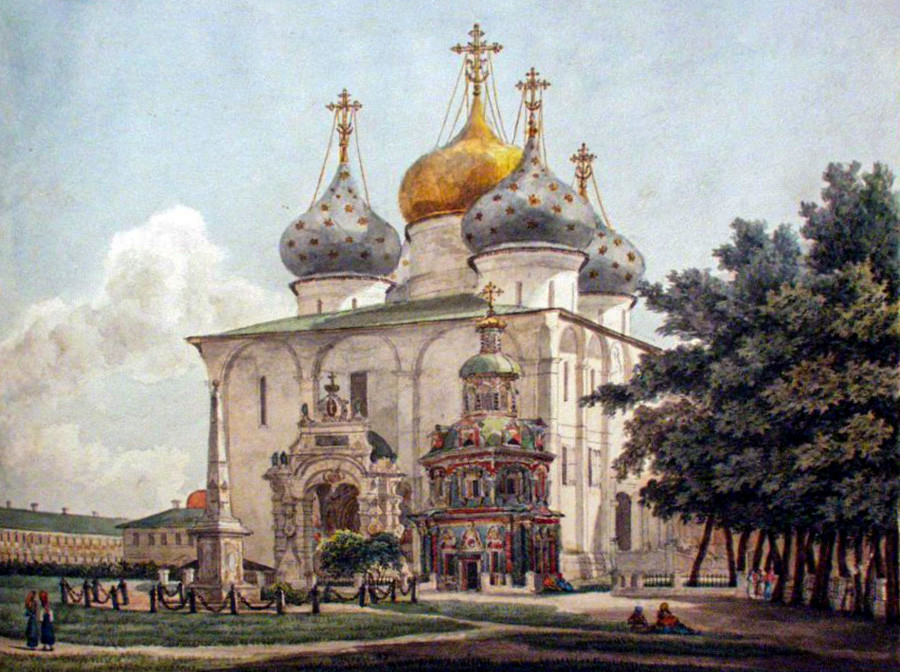 The French artist created a whole series of views of Moscow, published as a separate album in Paris in 1825. He also produced several paintings of the Trinity Lavra of St. Sergius, a famous monastery not far from Moscow. 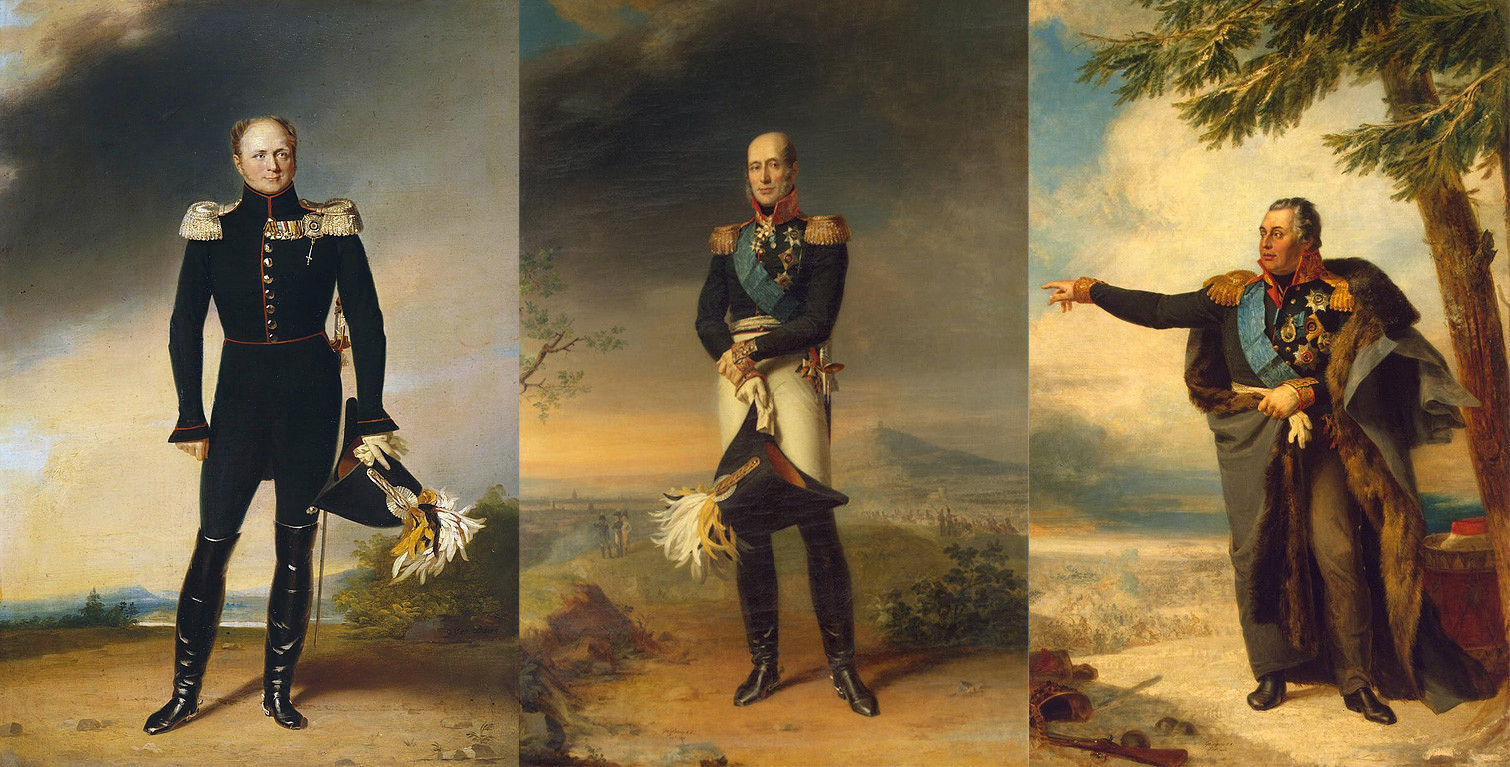 The English artist is best known for his portraits of heroes of the War of 1812 against Napoleonic France. In all, he painted more than 300 images, including large portraits of Alexander I and Generals Mikhail Kutuzov and Mikhail Barclay de Tolly.

André Durand. View of a Village between Novgorod and Tver. 1839 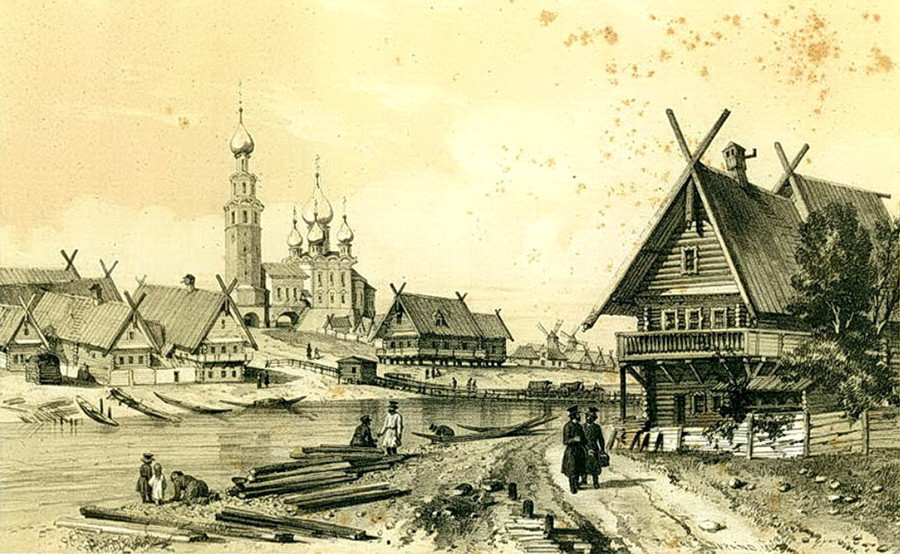 In 1839, Durand made a long trip across Russia and compiled a whole album of lithographs entitled "A picturesque and archaeological journey through Russia" with views of St. Petersburg and Moscow, as well as small villages. 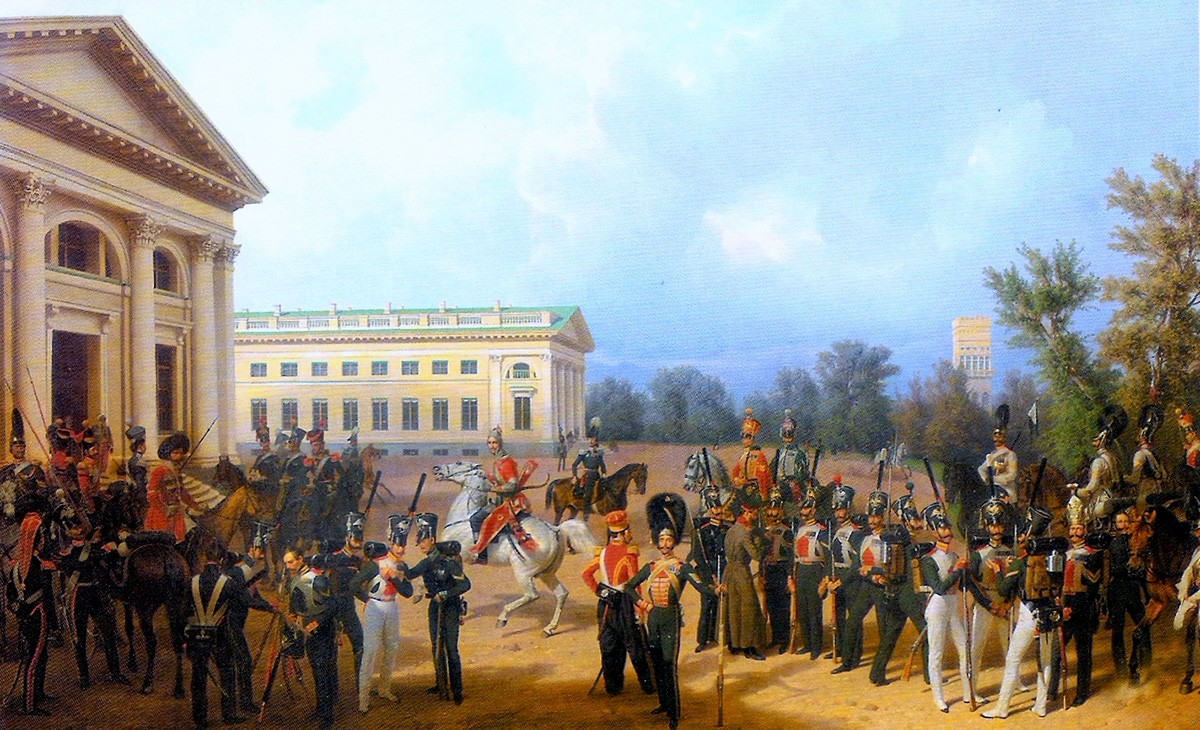 This German artist's incredible style and technique are unmistakable. He painted at the court of both the Prussian king and the Russian emperors. Among his works are intensely profound portraits of Alexander I and Nicholas I.

Christina Robertson. Portraits of Women of the Tsarist Family, 1849-50 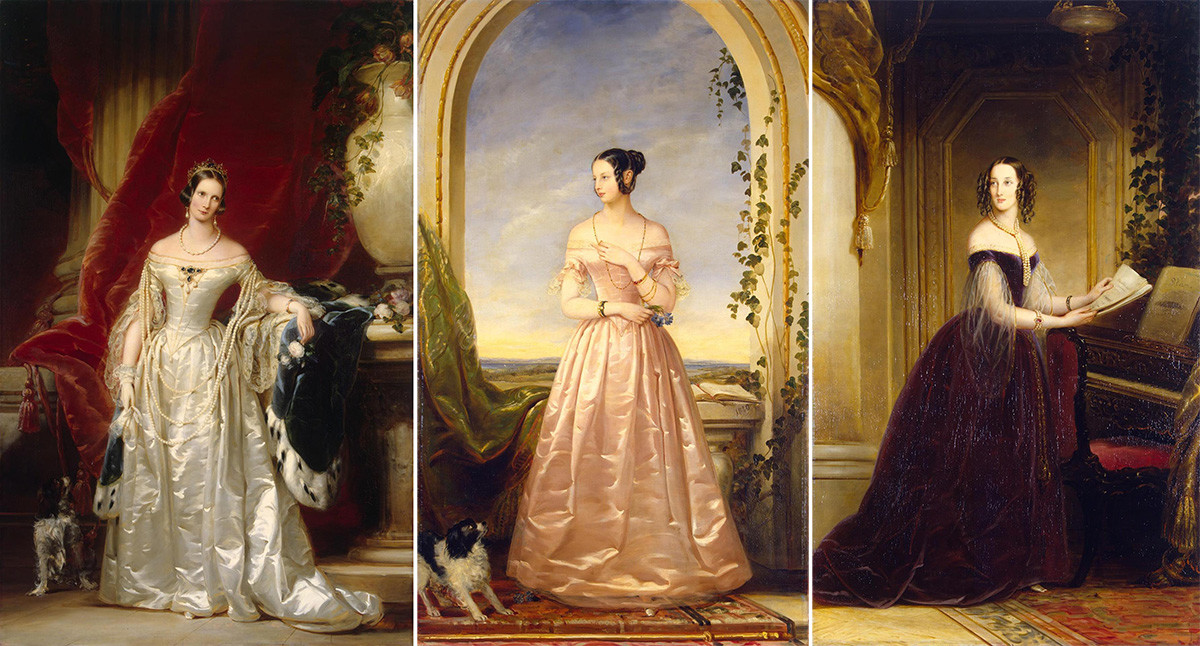 The Scottish artist worked at the court of Nicholas I and painted more than 30 portraits of members of his kin, as well as the noble Yusupov family. Most of her models were women and children. In the picture from right to left: Empress Alexandra Feodorovna, wife of Nicholas I, and their daughters, Grand Duchesses Alexandra and Maria.

Mihály Zichy. National Holiday at the Khodynka Field in Moscow on the Occasion of the Coronation of Emperor Alexander II. 1856 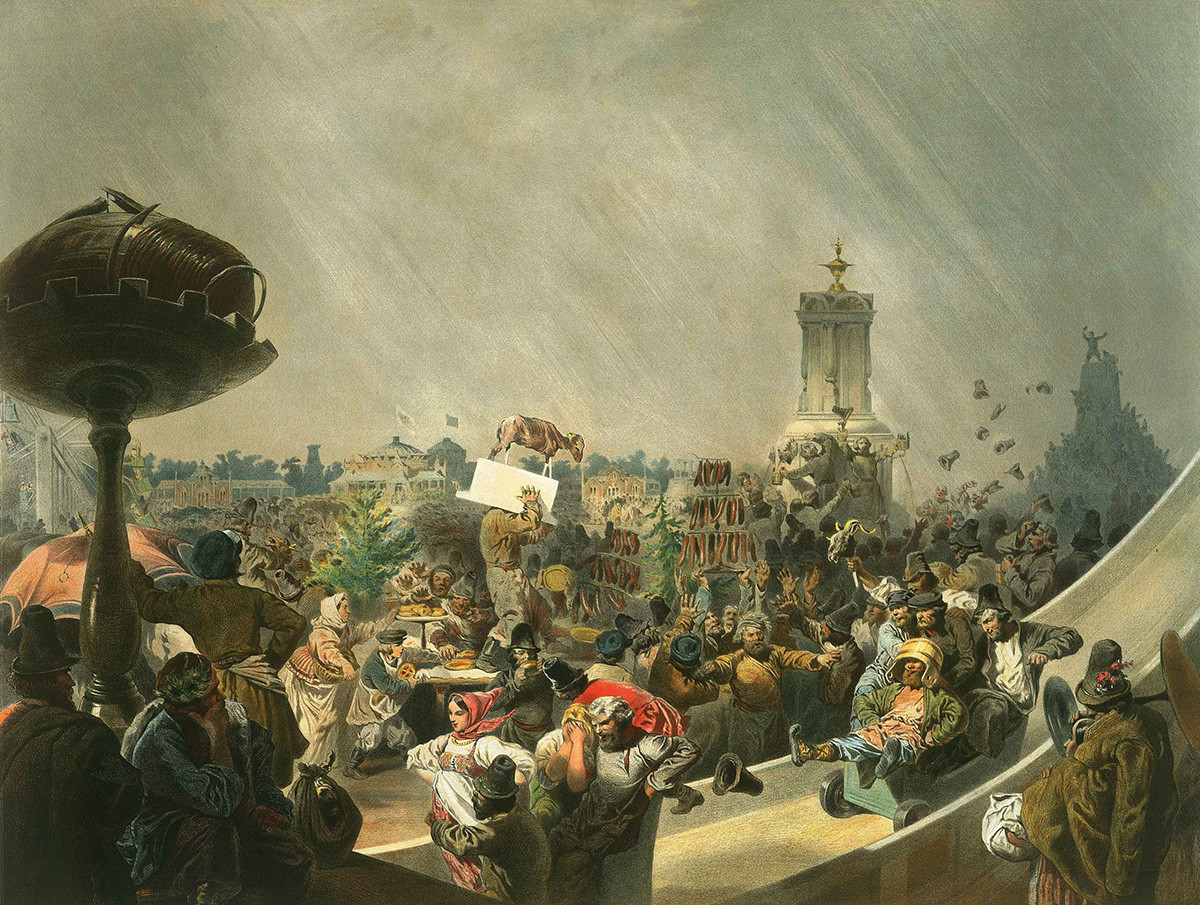 The Hungarian artist worked for many years in Russia as a court painter, producing both ceremonial scenes of coronations and the "everyday" life of the royals, including hunting.

Laurits Tuxen. Wedding of Tsarevich Nicholas and Alix of Hesse. 1895 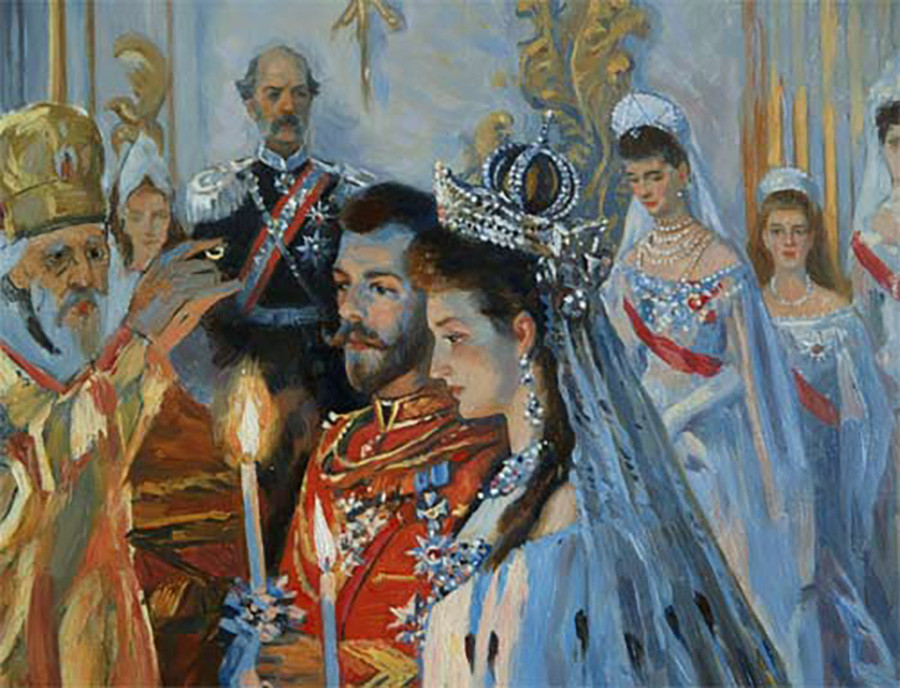 Alexander III invited the Danish artist to serve as a court painter. Tuxen made landscapes and portraits, but most important for Russian history and art is his series on the coronation and wedding of Nicholas II. 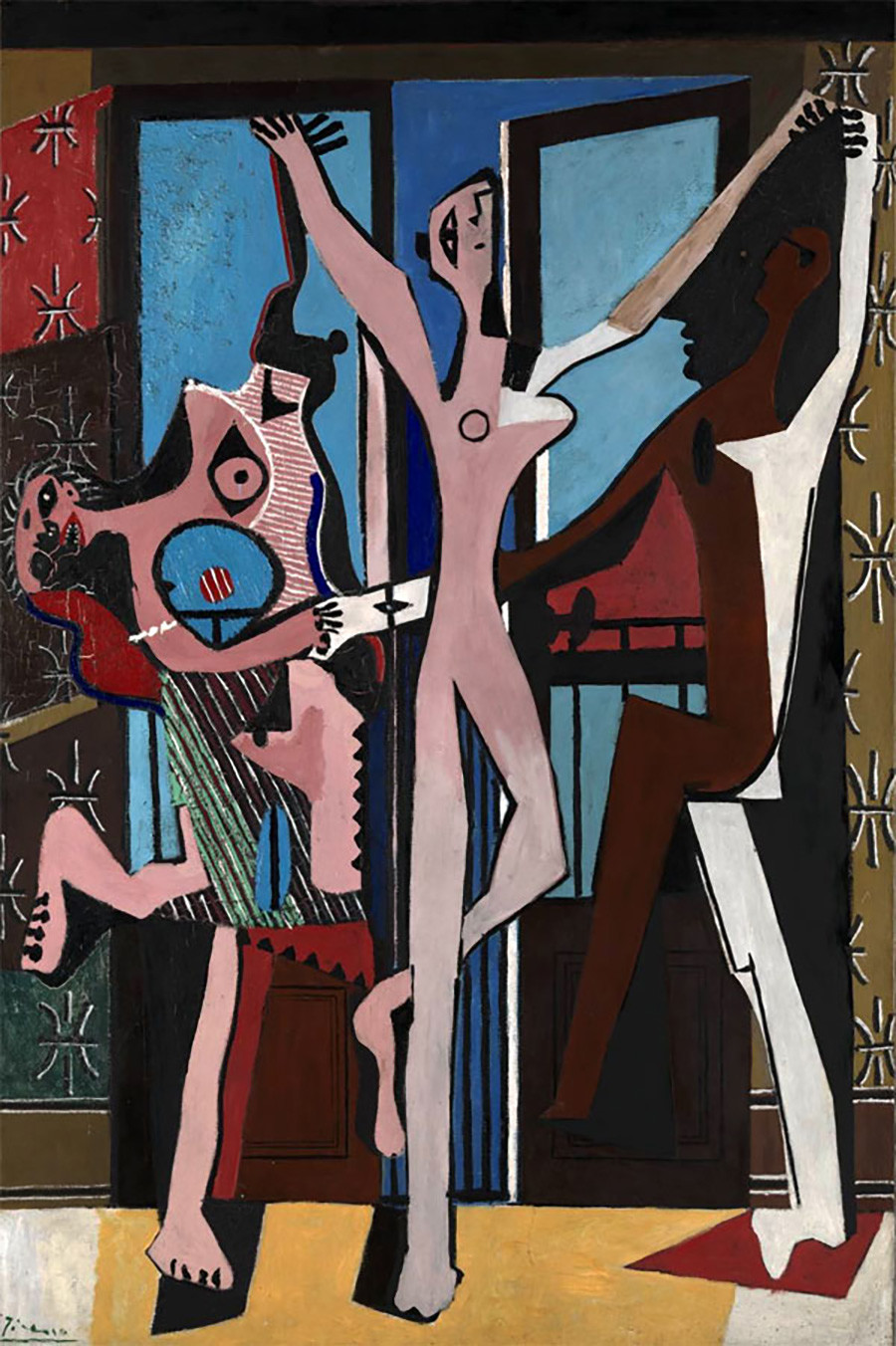 The famous avant-garde artist had links with Russia. He sketched costumes for Sergei Diaghilev's Ballets Russes and produced a portrait study of composer Igor Stravinsky. He even received the Lenin Peace Prize for his Dove of Peace lithograph. And, of course, he painted many portraits of his Russian wife, ballerina Olga Khokhlova.

The first experiments of this German artist, a representative of Dadaism, were in the world of avant-garde cinema. Art critics duly note that his monumental scroll-collage on the most terrible battle of WWII is filmlike. 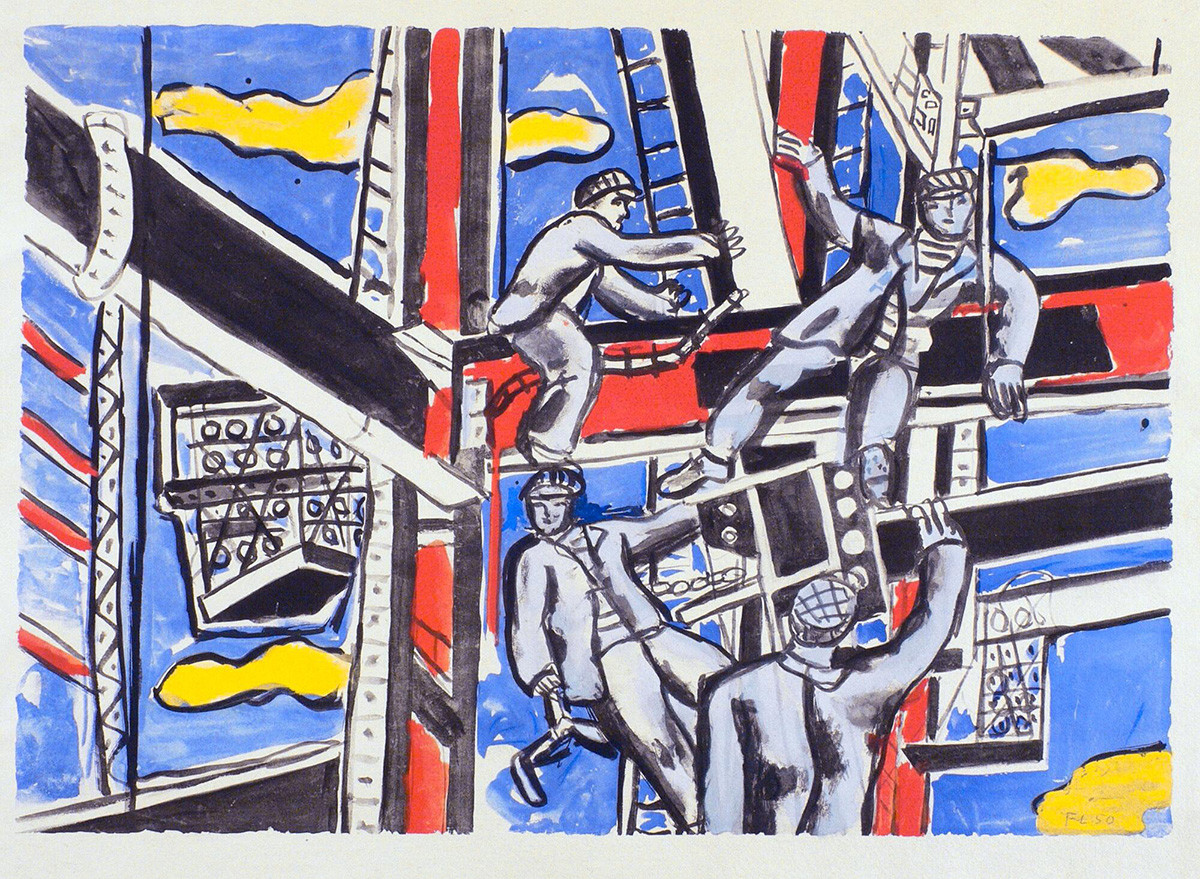 This French communist artist with a soft spot for Russia worked on the scenery for a ballet to the music of Sergei Prokofiev, and was even married to the cousin of Russian poet Vladislav Khodasevich. Léger created a series of paintings on the theme of construction, in which the influence of Soviet propaganda posters is clearly visible. 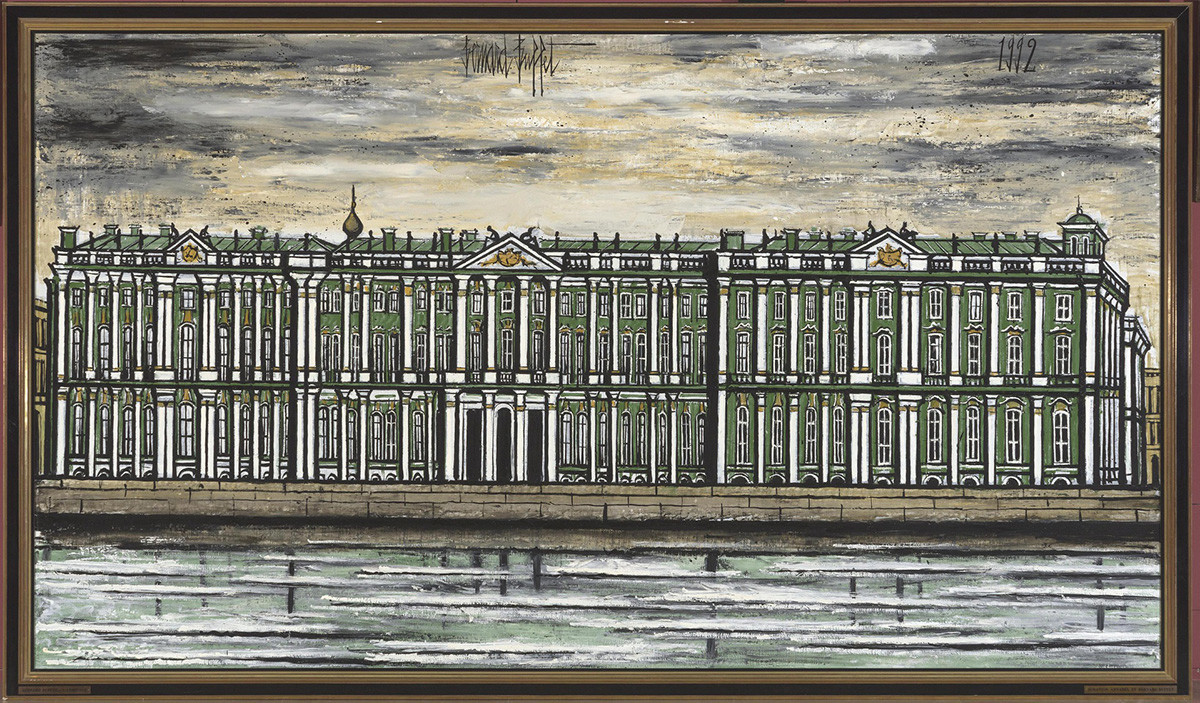 The collection of Russia's premier art museum contains an image of itself by French painter Bernard Buffet. The color scheme accurately conveys the mood of the often inclement St. Petersburg.