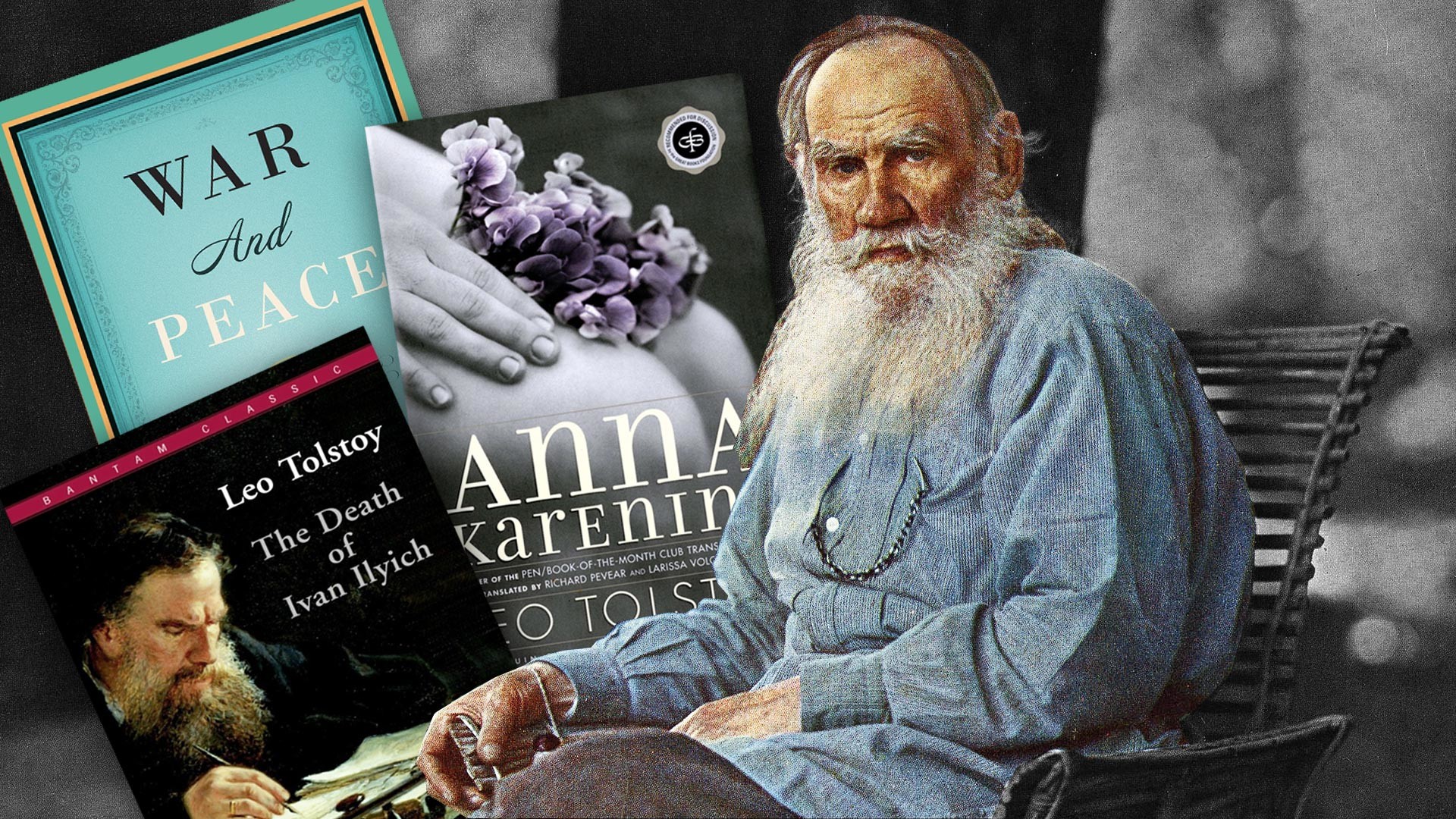 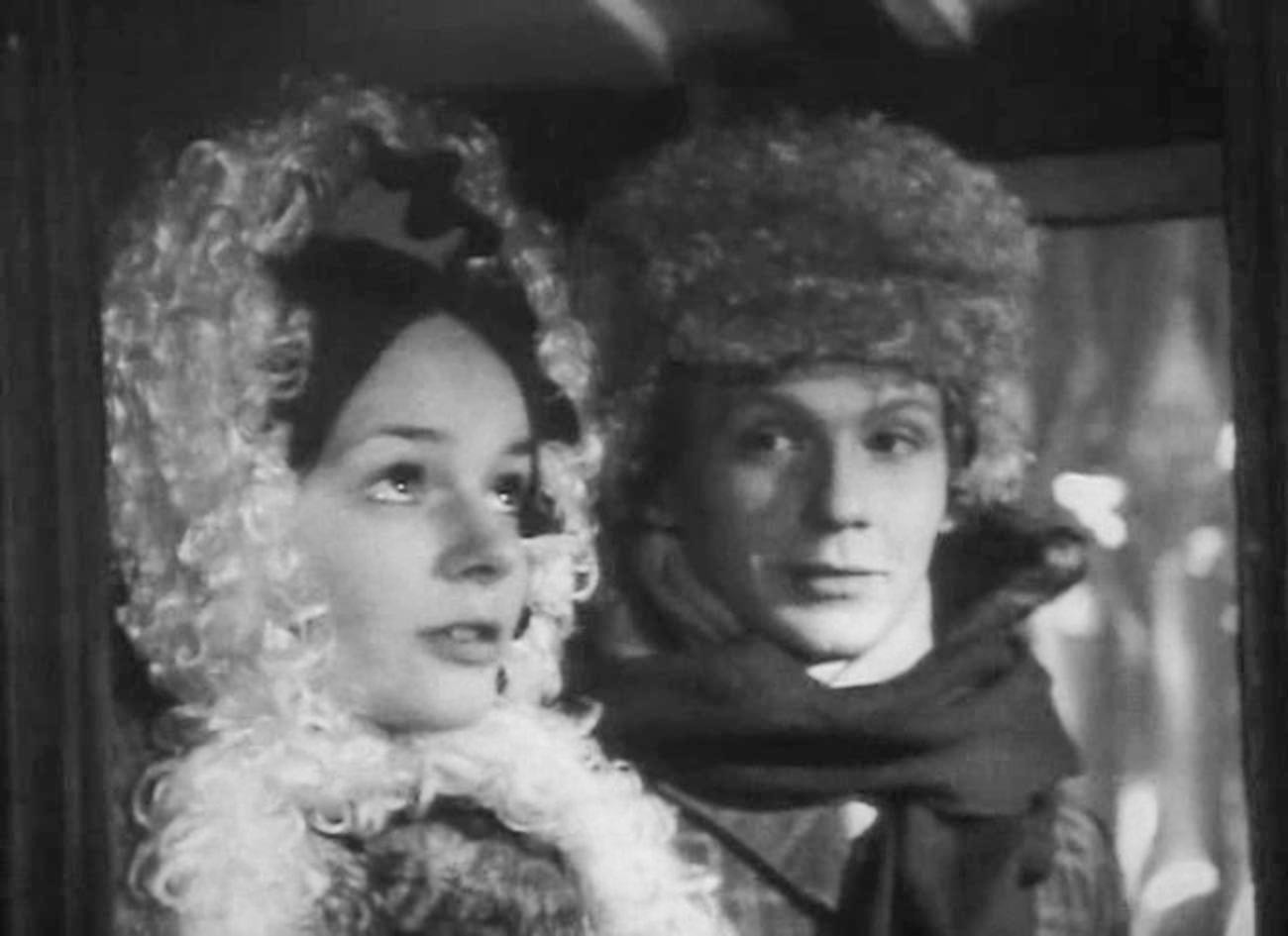 This work is most Russian children’s introduction to Leo Tolstoy. Part of a biographical trilogy, Childhood is one of the first attempts to dissect human feelings and thoughts, to elicit their nature and origins.

The author closely observes his hero, little Nikolai (Tolstoy himself), at a transitional stage of his life, when his father takes him to Moscow, away from his home and beloved mother, who personifies cleanliness and comfort. She later dies, whereupon Nikolai’s happy childhood abruptly ends. Tolstoy examines in detail the shame, resentment, embarrassment, excitement and other feelings that his young self experienced. 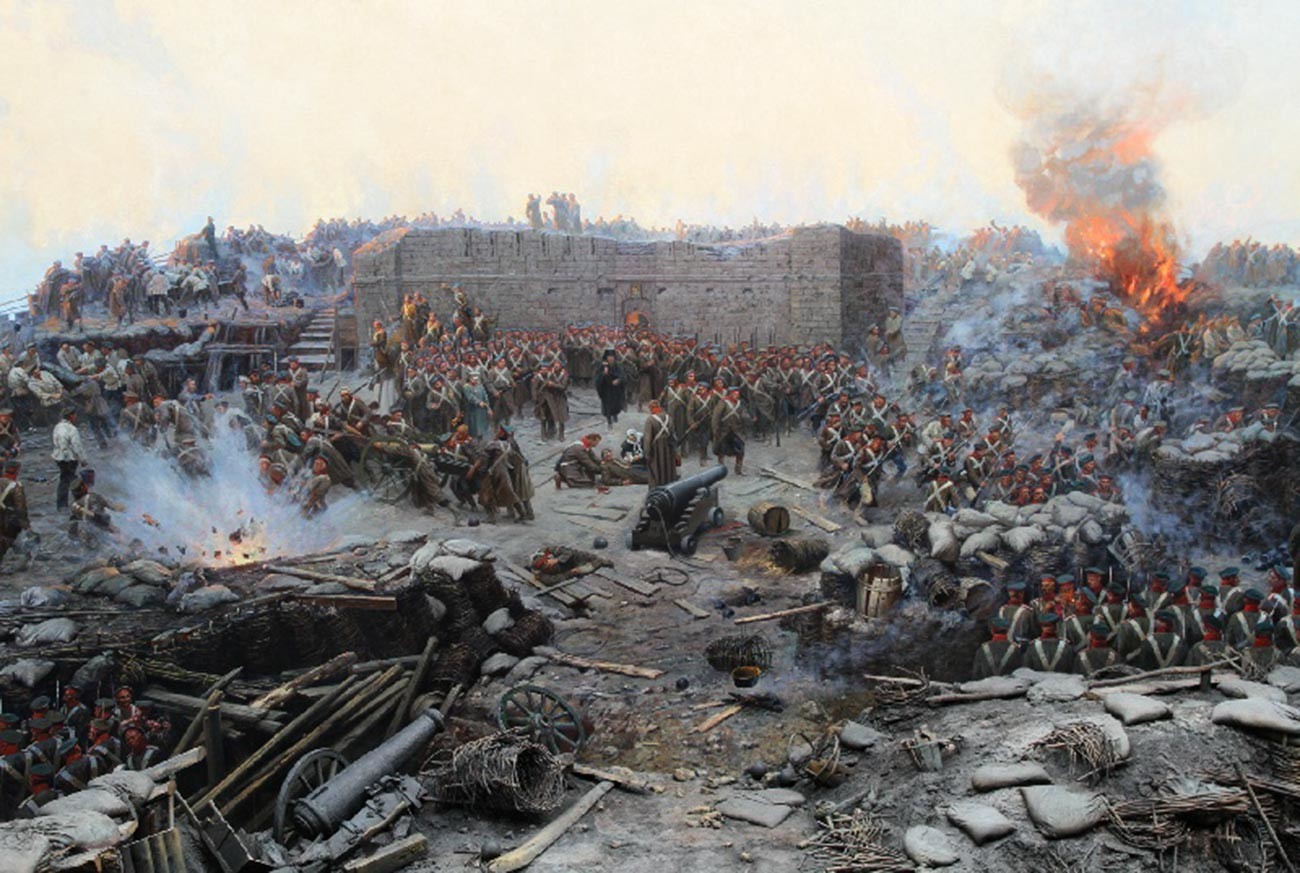 The Defense of Sevastopol

Gazing at later portraits of the gray-bearded sage, one finds it hard to imagine that Tolstoy was once a young, gallant officer. Nevertheless, he served in the Caucasus for several years and, during the Crimean War of 1853-56, spent almost one year in Sevastopol, even commanding a battery there.

It was a difficult time for the writer, who captured all the horrors of the war in his Sevastopol Sketches. The first of the three stories, published when the war was in full swing, made a tremendous impression on a public thirsty for news from the front. It was, in fact, the first ever realist work about war. 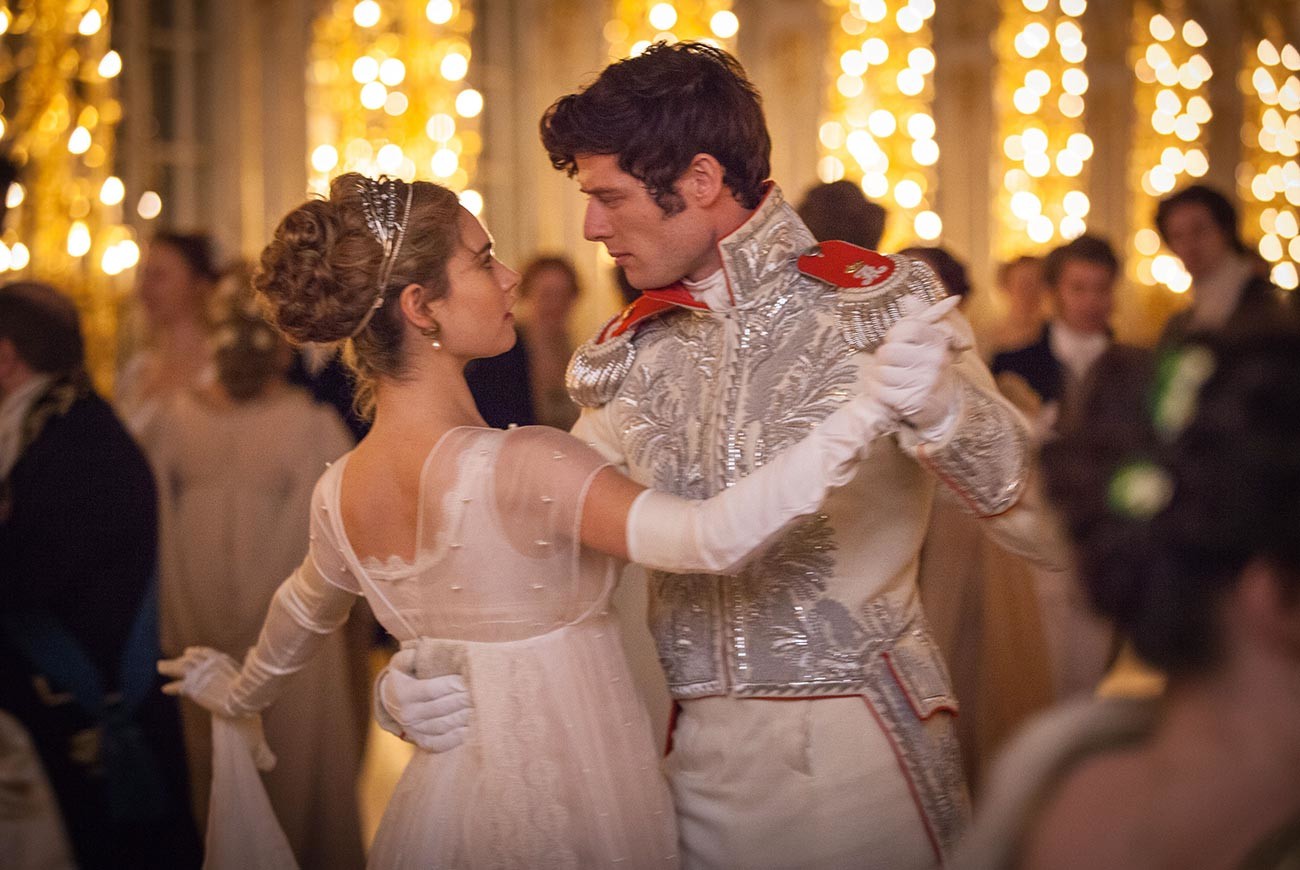 A still from 'War and Peace' BBC series

No overview of Tolstoy’s output could leave out his magnum opus, which his wife Sofya Andreevna rewrote by hand several times, making endless corrections. In War and Peace, Tolstoy described historical military events and their impact on the lives of several generations. He depicted both Moscow and St. Petersburg, and the fate of entire noble families, with uncannily deep psychological portraits of his characters: the youthful Natasha Rostova, the grumpy old Prince Bolkonsky, even Napoleon himself.

The war of 1812 against France in the mass consciousness is often perceived through the prism of Tolstoy’s masterpiece. His original plan had been to write a novel about the Decembrists, but, when researching the 1825 uprising, he traced its roots back to this war and decided to shed light on how it turned Russia’s fate upside down. 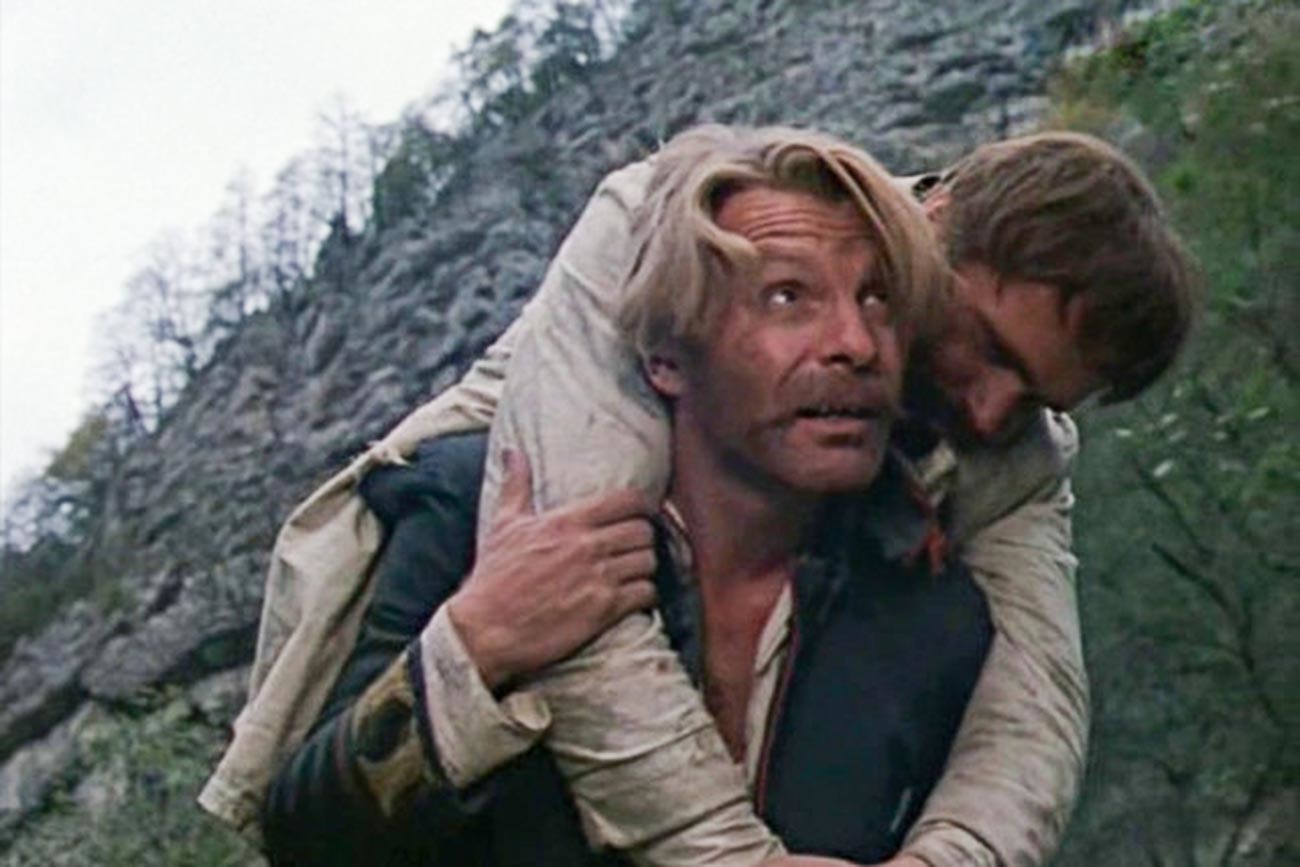 A still from 'The Prisoner of the Caucasus' movie

The title is a clear reference to the poem of the same name by Russia’s national poet, Alexander Pushkin. Written 50 years later, it concerns two Russian officers who are captured by mountain dwellers when their comrade fails to cover them and runs away.

The main character tries in every conceivable way to escape from captivity, in which he is aided by the daughter of one of the kidnappers, in whose shed he is being held captive. Russians see it as a story about war, honor and dignity mainly for children and adolescents. It has been adapted for the screen several times, including Sergei Bodrov Sr.’s 1996 film set during the First Chechen War of the 1990s. 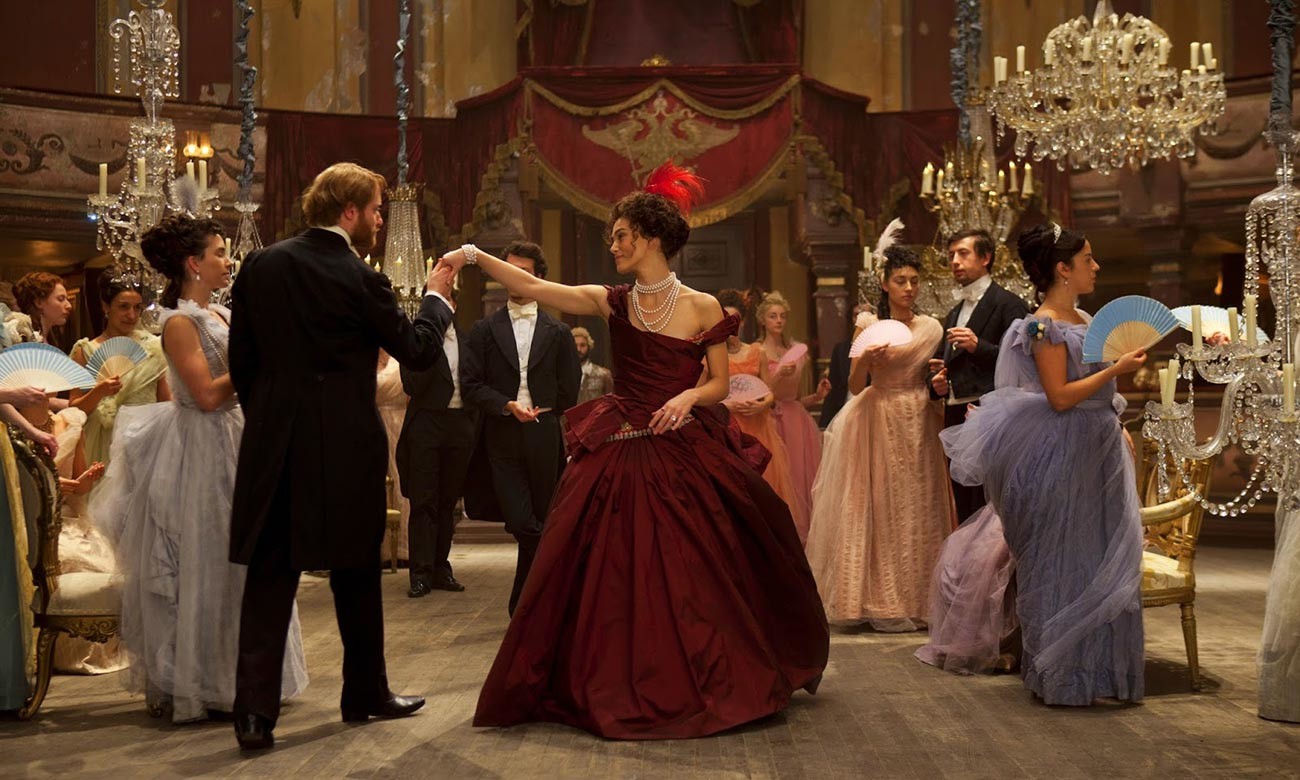 Tolstoy fans are split into two camps: those for whom War and Peace is his crowning achievement, and those who say Anna Karenina. This second doorstep, however, written a decade later, is less sweeping in scope and chronology.

Here, Tolstoy is focused on the nature of happy and unhappy family life, a topic that preoccupied the author. He addresses a range of ethical issues: is it acceptable to leave a child for the sake of a loved one? Is it possible to forgive a cheating husband for the sake of the children’s happiness?

The novel also features a thinly veiled self-portrait in the character of Konstantin Levin (“Lev” is Russian for “Leo”), who abandons high-society life to plow the fields with his peasants. 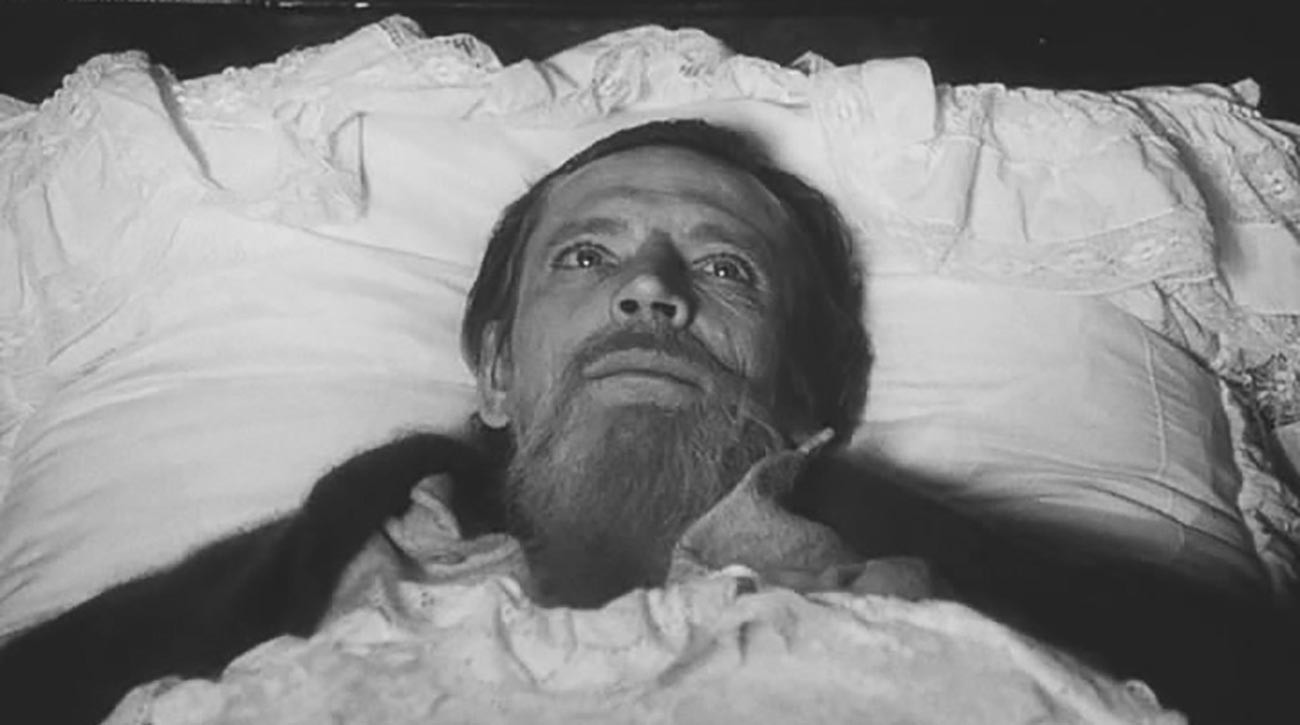 A still from 'A Simple Death' movie

Death occupies a central place in Russian literature. And this novel is the quintessence of the Russian attitude to it, an attempt to look death in the face. Tolstoy describes in detail the process of Ivan Ilyich’s dying. At the very end, when breathing his last, Ivan’s terror of death departs him and, Tolstoy suggests, death itself disappears. As, indeed, does life. 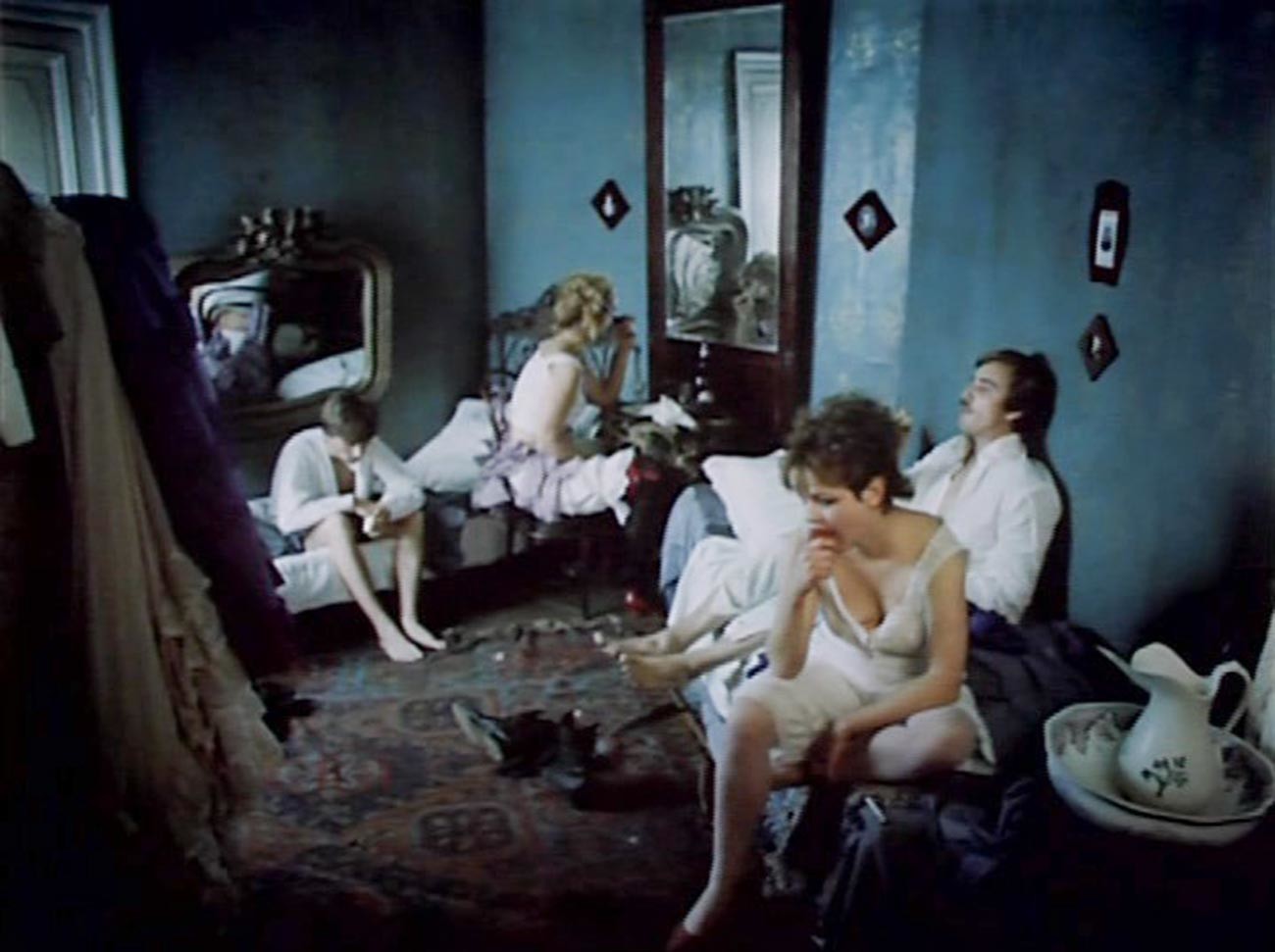 A still from 'The Kreutzer Sonata' movie

This novella, named after the violin sonata by Beethoven, caused a furore in society. Fearing its popularity among young readers, the tsarist censors even banned it from publication for a time. In the story, a husband kills his wife in a fit of jealousy. He is acquitted and, many years later, recounts the story to a random fellow passenger on a train, reflecting on the moral decay of society. He is disgusted that girls are brought up to be servile wives, while it is considered normal for young men to indulge in debauchery before marriage.

Tolstoy voices his own disillusionment with the institution of marriage, its crisis. Calling for the wholesale rejection of everything carnal, he sees women’s predestination inherently in the bearing and raising of children. 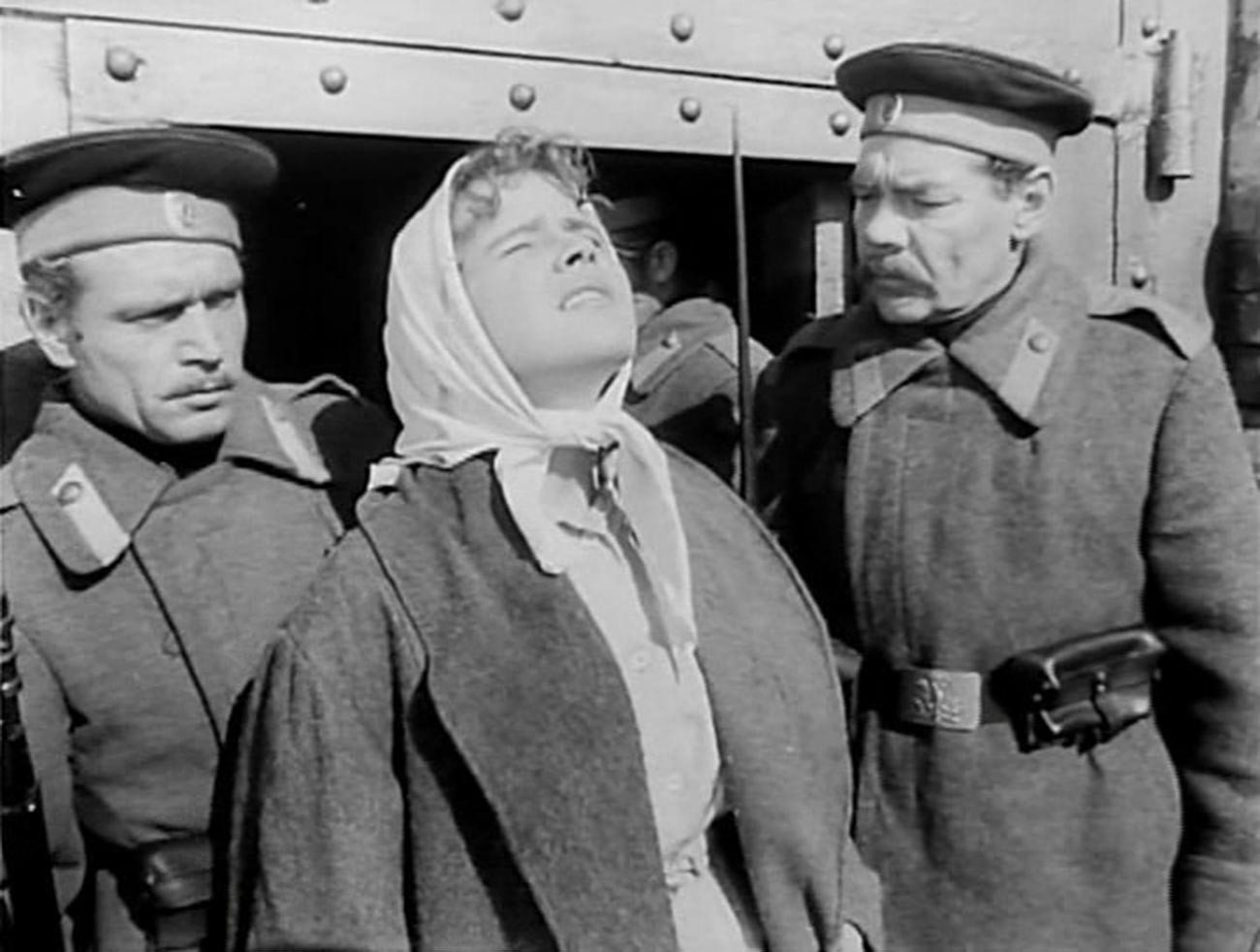 A still from 'Resurrection' movie

Tolstoy’s last novel, which he himself considered his finest work. It is the story of the redemption of a once rakish officer, who seduced his aunt’s innocent foster daughter and, leaving her pregnant and with little money, abandoned her. For him, it is just a fling, but the girl’s life is torn apart.

Years later they meet in court: he as a disinterested juror, she as the defendant. After learning her terrible story, the former officer experiences an internal breakdown. When the woman is sentenced to hard labor, he decides to go too to redeem himself... The novel reflects Tolstoy’s own spiritual wanderings. 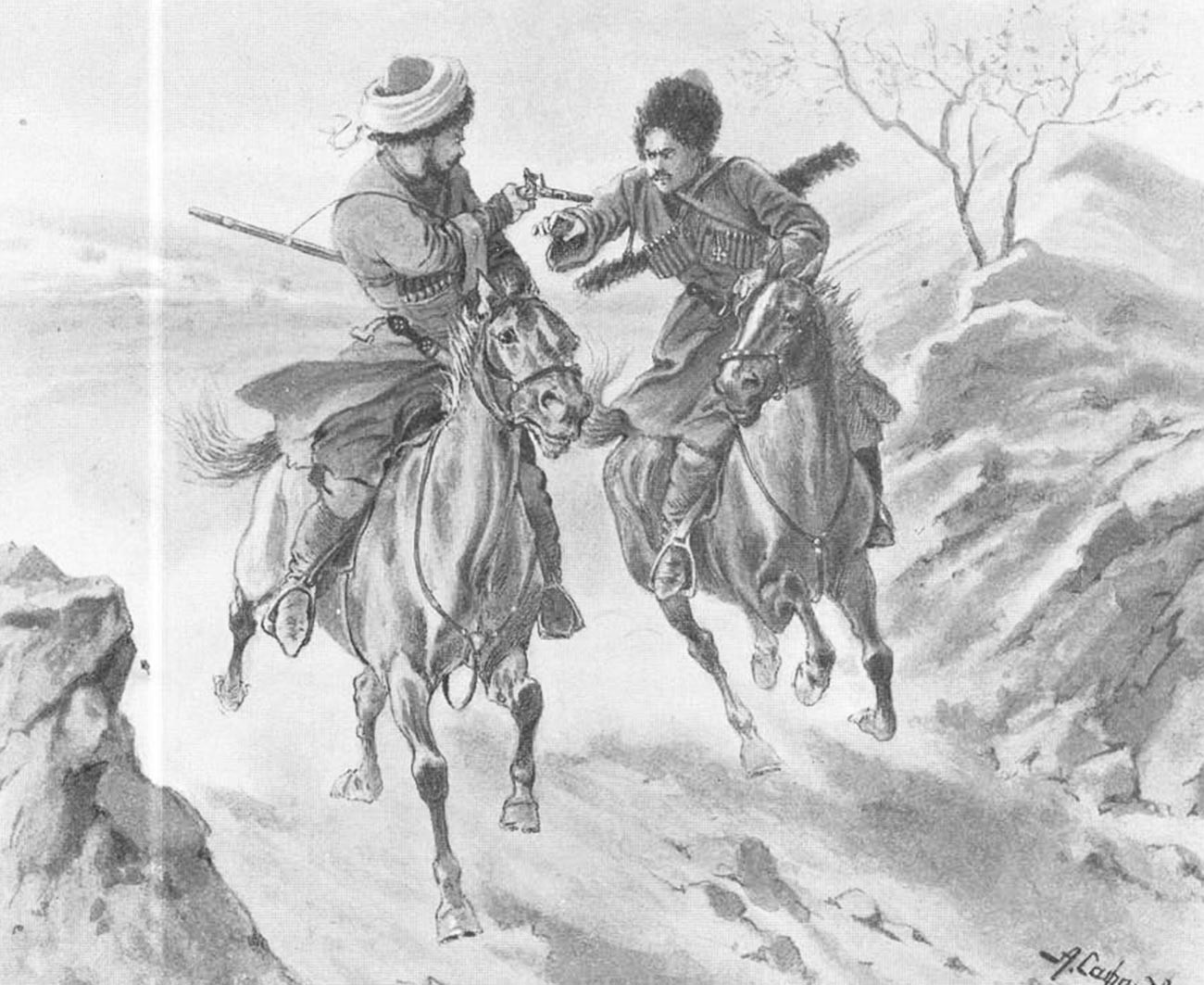 Tolstoy returns to the Caucasus theme, basing the plot on a real-life story that had caught his attention more than 40 years before during his army service in the region. Hadji Murat, the right-hand man of the leader of the Avers, Imam Shamil, goes over to the Russian side. He is received as a dear guest by the army command. Hadji Murat promises to persuade Dagestan to forge an alliance with the Russians if they help him to rescue his family from Shamil’s captivity. Of course, not everyone believes that the “defector” is genuine... 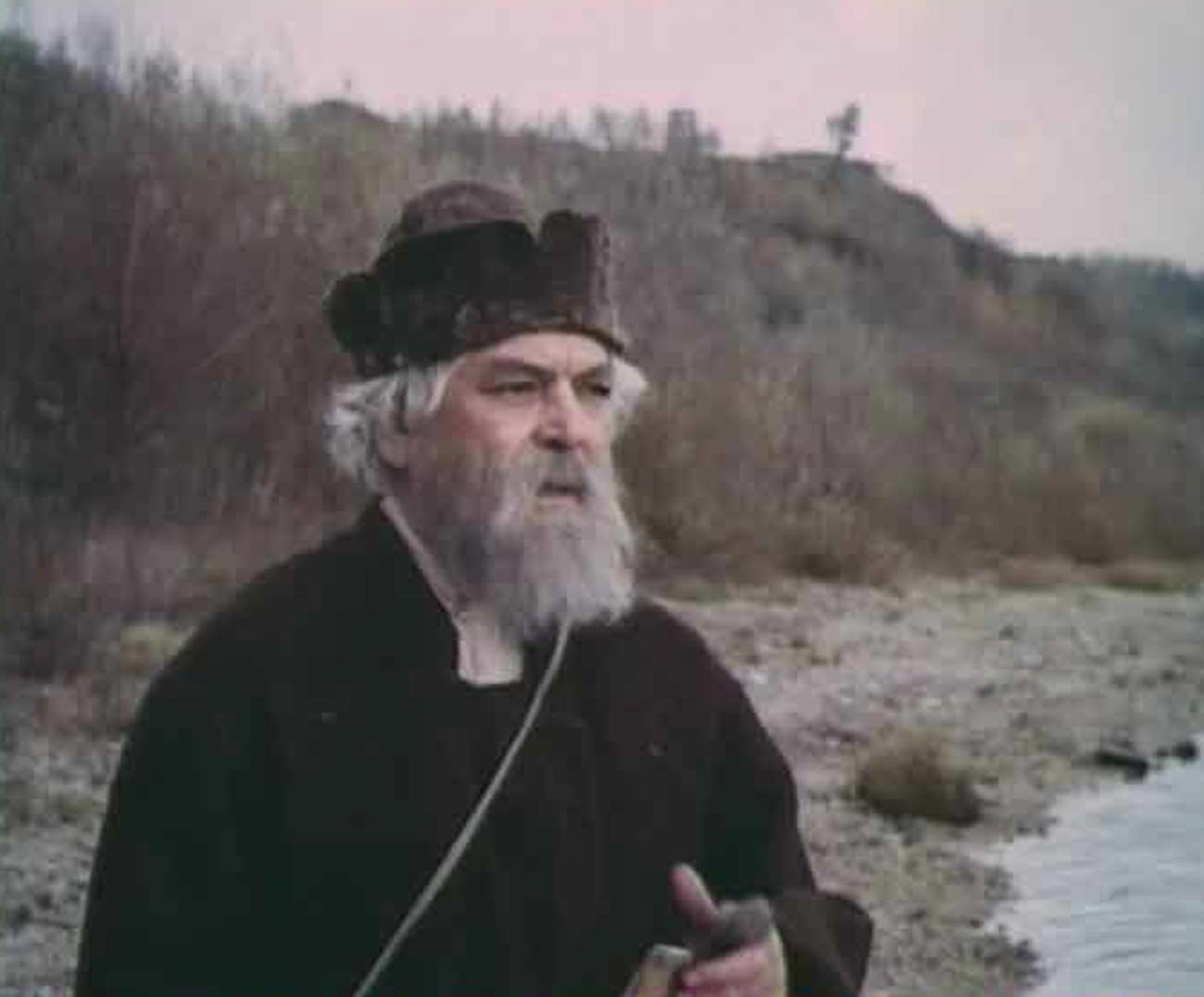 A still from 'Father Sergius' movie

In the 1880s, Tolstoy underwent a major spiritual upheaval, causing him to reconsider his attitude to faith and morality. In Father Sergius, he describes the near exemplary spiritual path that a person can follow. The ardent young officer Stepan breaks off his engagement to his beautiful fiancee on learning that she was once the mistress of the tsar, whom he greatly admired. Stepan retreats to a monastery, where he becomes Father Sergius.

However, even there in the monastery, he fails to find true faith and is distracted from a righteous lifestyle by visiting pilgrims. In the end, he leaves the monastery to wander and seek his path in acts of charity and caring for the sick. Tolstoy paints an intimate psychological portrait of his protagonist at all stages of his spiritual quest.