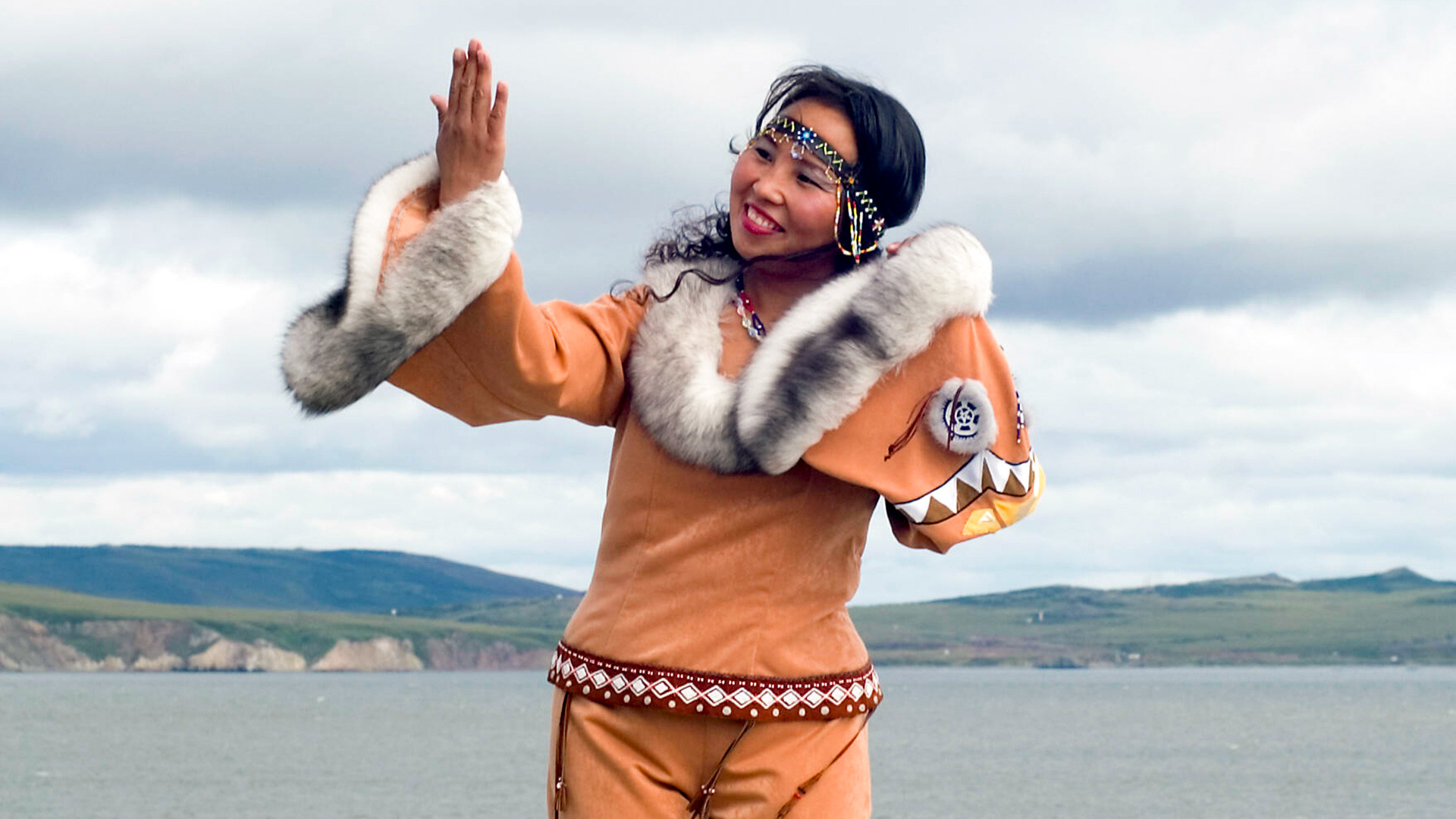 Legion Media
Dances of the Russian peoples vary so much from each other that you might think that the dancers were from different planets.

There are more than 190 ethnicities living in Russia with their own unique dance traditions. The Northern peoples perform sacred dances, based on magical rites, Caucasian dances express romantic feelings, whereas in Volga Region, you can see everyday scenes. And many of these ancient dance moves have survived to this day.

The Buryat round dance called ‘Yokhor’ (Ёхор) is usually performed on all mass holidays. People hold hands in a circle and move from left to right, as the sun moves. It’s prohibited to move backwards, as it’s believed that only evil spirits move against the sun. Yokhor is performed around a fire, a tree, or even a mountain. In the circle, a caller sings a certain song and participants make different movements: jump (imitation of a horse), wave their hands (imitation of a bird). In recent years, Buryats conduct flash mobs, dancing Yokhor around the world and posting it on social networks.

The most famous dance among the Caucasus peoples is the ‘Lezginka’. In ancient times, it was a warrior dance, but now it is performed by both men and women (there are some dance variations) and each has its own moves. Interestingly, for men, the main moves are done with their feet and, for women - with their hands. The meaning of the dance is that men “compete” with each other, showing their strength and seeking a lady’s favor, but they cannot touch her, as this is considered disrespectful. Lezginka is danced by both professional groups and ordinary people at festive events. It’s impossible to imagine any Caucasian wedding without this dance!

‘Sabantuy’ (“A holiday”) is a Tatar collective dance that includes various everyday scenes.The main Tatar holiday is also called Sabantuy, which is celebrated in honor of the end of spring sowing (the “plow holiday” takes place, as a rule, in June). On this holiday, they compete in various sports, sing songs, eat echpochmak pies and dance Sabantuy with turns and jumps.

4. Kalmykia: A dance of a hare

Kalmyk dances go back to shamanic rituals and communication with spirits. Many elements of ancient movements imitate animals: one of such dances, for example, depicts a hare. The dancer folds his arms in front of his chest like paws and draws in his cheeks. Interestingly, most of the Kalmyk dances are performed solo or in a pair, face to face.

This traditional Yakutian round dance is an important part of any folk festival. As a rule, Osukhay consists of many many people and that’s why it looks so impressive. Dancers hold their hands and go round, faster and faster. The caller regulates the tempo.

Vadrya means “good” in Mordovian. Local men and women take equal positions in dance: women don’t flirt with men, look open and sternly, while men don’t take women’s arms and just follow them side by side. Their moves are taken from nature, like in other folk dances: dancers show the sky, the wind birds flying, etc.

Historically, Chukchi dance moves imitate animals, birds, natural phenomena (eg. “Hunting”, “Flight of a seagull”) and used to be performed mostly solo or in pairs and had a sacred meaning. The Chukchi are still big dance enthusiasts today! Even in small villages, there is a dance ensemble that performs folk dances.

The ancient ‘Uyerk Kyafe’ folk dance (or ‘Kafa’ in short) is a very beautiful round dance of couples. Initially, it was a pair dance: the guest was invited to dance with the most beautiful girl in the settlement and then other honored guests would join the couple. The main thing in such a dance is a noble posture and smooth hands movements. Modern ensembles often add complex elements for men’s parties.

This is one of the most famous folk dances in Russia, widespread among Terek and Kuban Cossacks, as well as among military persons. If you see a lot of “squat” movements, this is the Kazachok (“little Cossack”) dance. Despite the apparent lightness and cheerful nature of this dance, the movements are very complex and require good physical training.

The main Russian round dance has pagan roots. In ancient times, Slavs made a circle in honor of Yarila the god of the sun - “following the sun”. Over time, Russian round dances have become a spectacle on any holiday and at any concert.