The 7 MOST-awarded Russian movies of all time 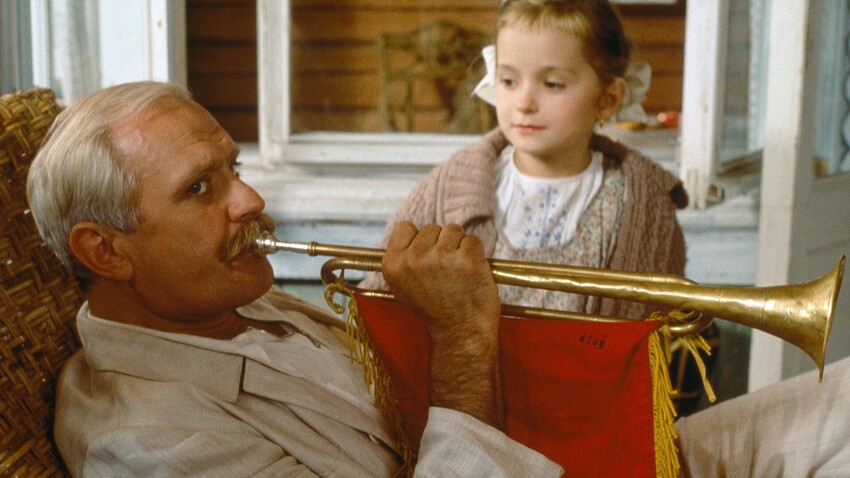 ‘Burnt by the Sun’ / dir. Nikita Mikhalkov, 1994 / Studio Trite
We look at the festival hits from the Soviet Union and Russia that caused a sensation and went down in the annals of world cinema history. 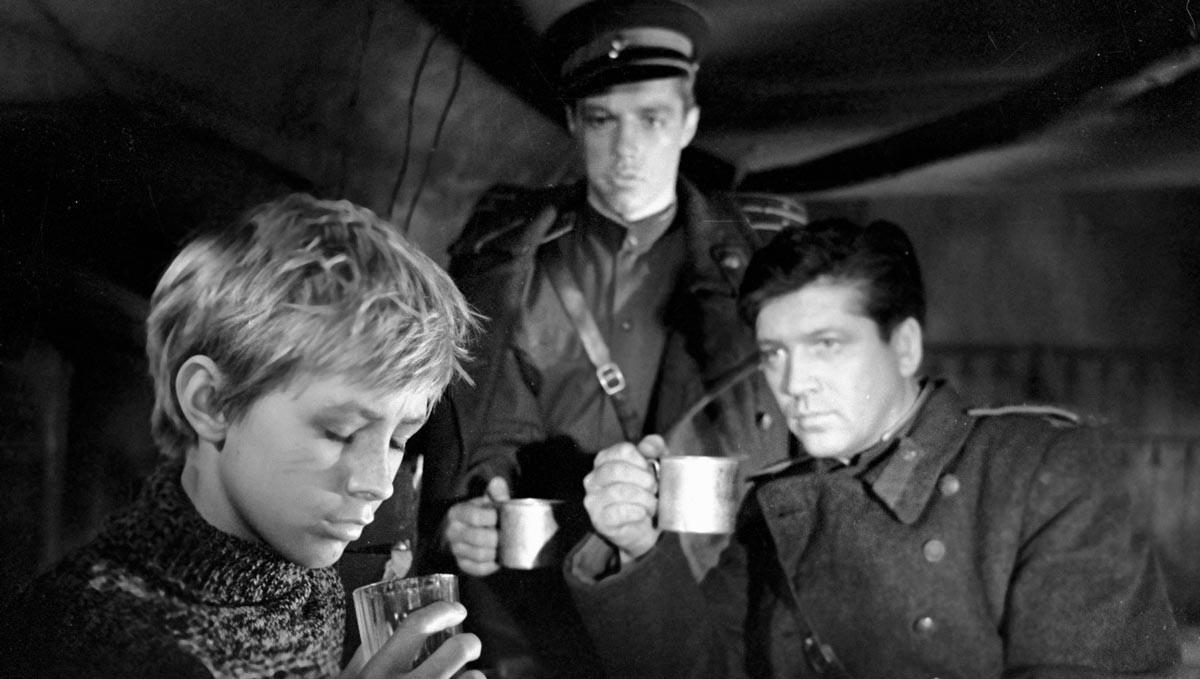 When Tarkovsky presented the screenplay to a commissioning panel at the Mosfilm studios, everyone thought the movie would be about the young reconnaissance scout Ivan who lost all his loved ones in the war and became a sort of “son of the regiment”. When the movie had been shot, it became obvious how wrong they were.

‘Ivan’s Childhood’, with its neurotic rhythms and the narrative viewpoint of a child with an irreparably damaged psyche, was not in any sense like a patriotic war drama. And, while Soviet critics continued to write about a “childhood scorched by war”, Jean-Paul Sartre was the only one who dared to describe accurately the strange emotions that the picture evoked: “...In war, all soldiers are mad, this child monster is an objective testimony of their madness, because it is he who has gone the farthest.”

Tarkovsky’s first full-length feature was one of his most commercially successful movies, selling 16.7 million tickets in the USSR alone. Abroad, the movie won a Golden Lion in Venice and a Golden Gate Award at the San Francisco International Film Festival, as well as more than 15 other awards in different countries. 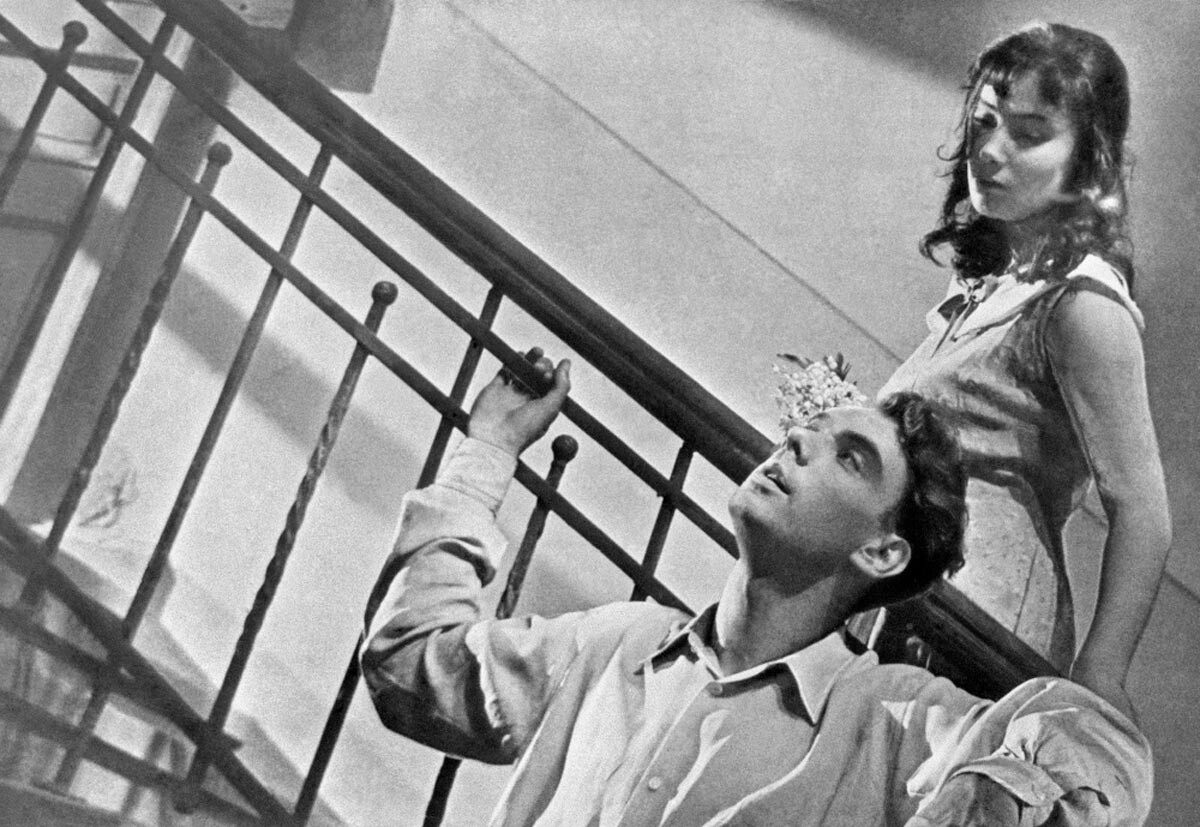 This is a story about two people in love whose happiness is destroyed by war. In 1958, ‘The Cranes Are Flying’ received the Palme d’Or at the Cannes Film Festival and the movie’s cinematographer Sergey Urusevsky and actress Tatiana Samoilova were immediately invited to Hollywood. The movie doesn’t embellish Soviet reality or portray a “strong people” facing a terrible war, lacking as it does the pointed heroism and didacticism characteristic of the movies of that period. Instead, it shows the hardships of war on the home front and in the lives of ordinary people with their personal experiences. It is a humane, passionate and poignant movie with a paradoxically happy ending. It’s also emblematic of the beginning of the Khrushchev Thaw. 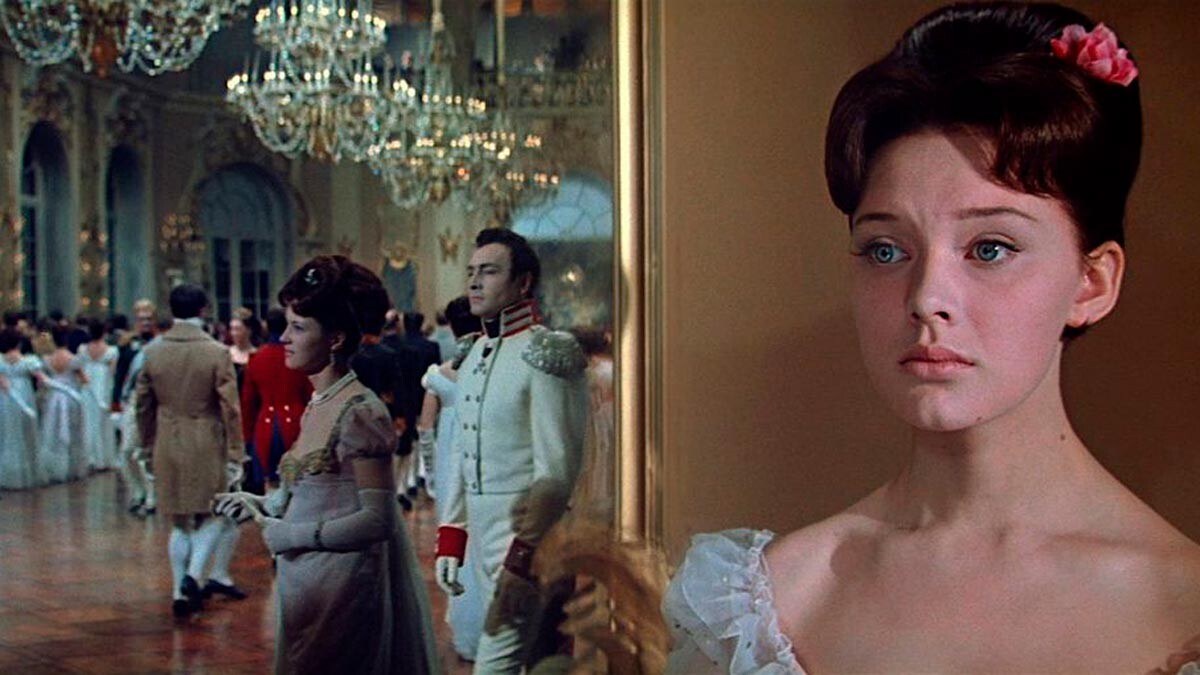 This epic movie about Russian society during the wars against Napoleon, based on Leo Tolstoy’s novel of the same name, won an Oscar and a dozen other international awards. It was the first Oscar awarded to a Soviet feature film and one of the most expensive movies ever made.

Bondarchuk closely followed Tolstoy’s intentions in his reworking of the novel, so he made it in four installments and the filming dragged on for six whole years. In actual fact, its excessively long-winded and slow pace was what ‘War and Peace’ was criticized for. But, at the same time, the scale of the sequences - thousands of people were engaged as extras and whole military units took part in the filming - is impressive even by modern standards. 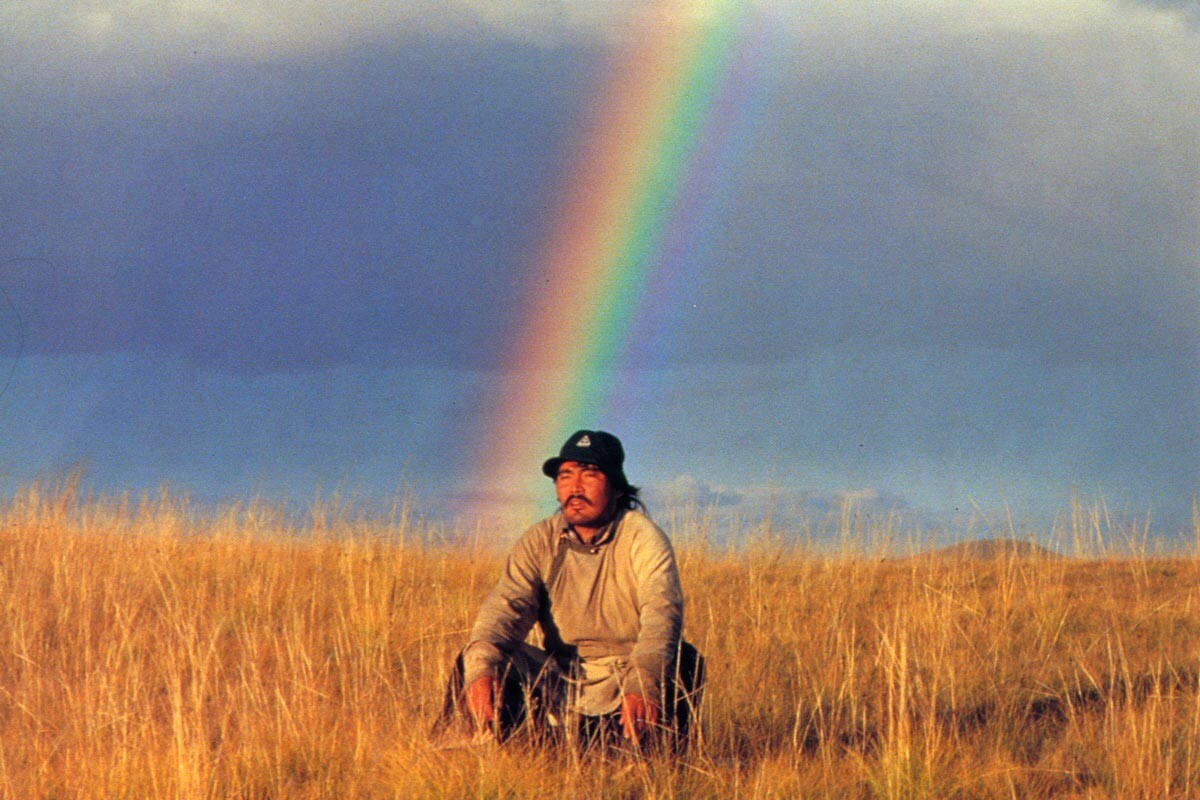 The Soviet-French co-production was born out of the idea of making a documentary about nomadic Mongolian tribes in China - and evolved into a feature with an almost ridiculous plot: A steppe Mongol goes to town to buy condoms, because, by law, he is not allowed to have more than three children. He returns to his native steppe without the condoms, but with a TV, a cap and a bicycle and immediately goes to perform a love ritual.

Amateur actors play the main roles and there is only one professional in the whole cast. Perhaps that is why the film is so sincere: The nomadic Mongolian’s journey to the world of the big city turns into a moving reflection on the fate of nomadic peoples and their traditions. The movie won a Golden Lion in Venice, the Russian national Nika Award and the European Film Academy Award for Best European Film and was nominated for an Oscar. 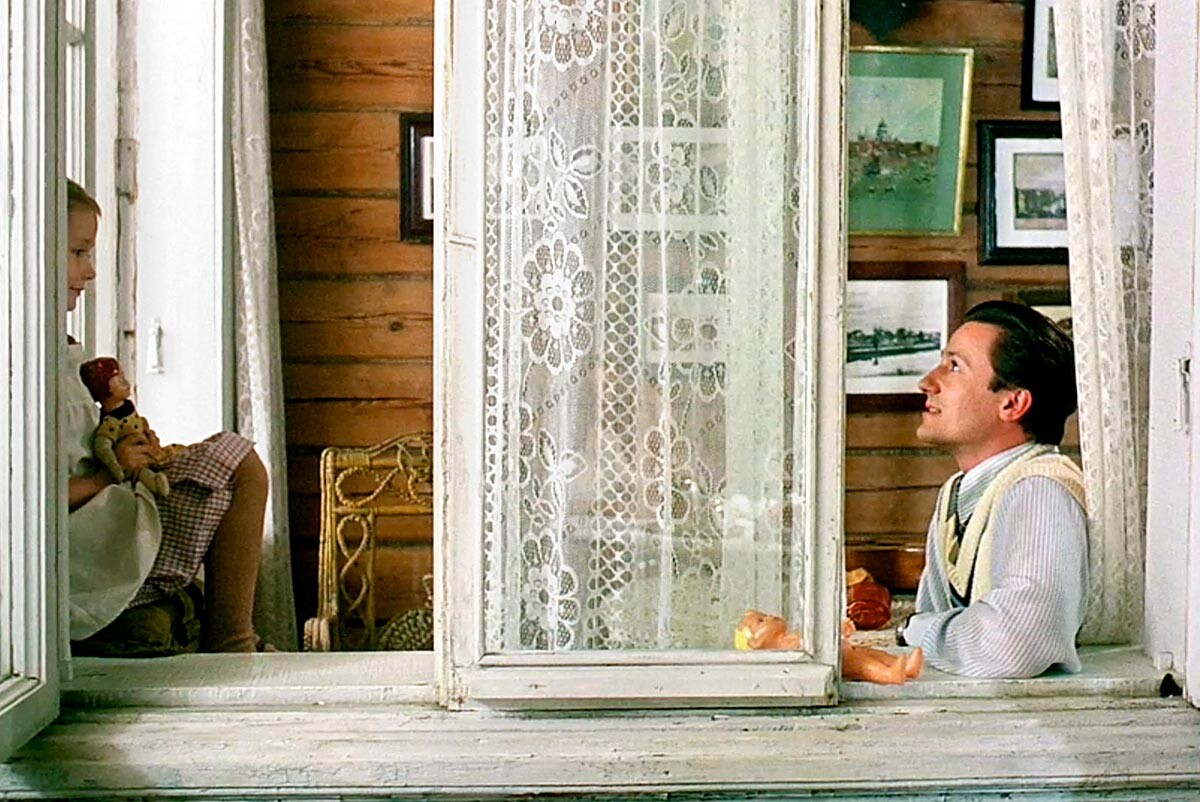 The events in ‘Burnt by the Sun’ unfold on the eve of the mass Stalinist repressions. It is a sunny summer’s day in 1936. The whole country is celebrating the anniversary of Stalin’s airship construction program and the family of a “true Communist”, a favorite of Stalin himself, are passing the day in a perfectly idyllic fashion at their dacha. That is, until an unexpected guest turns up.

It is the only Russian-language film dealing with the ‘Great Terror’ to have simultaneously won an Oscar (Best Foreign Language Film) and the Grand Prix at Cannes. The film is not denunciatory, its makers assert, but is steeped in the high drama that characterized the way Soviet people lived. History, love, tragedy, passion, nostalgia, class hate - in ‘Burnt by the Sun’ there is high drama aplenty. 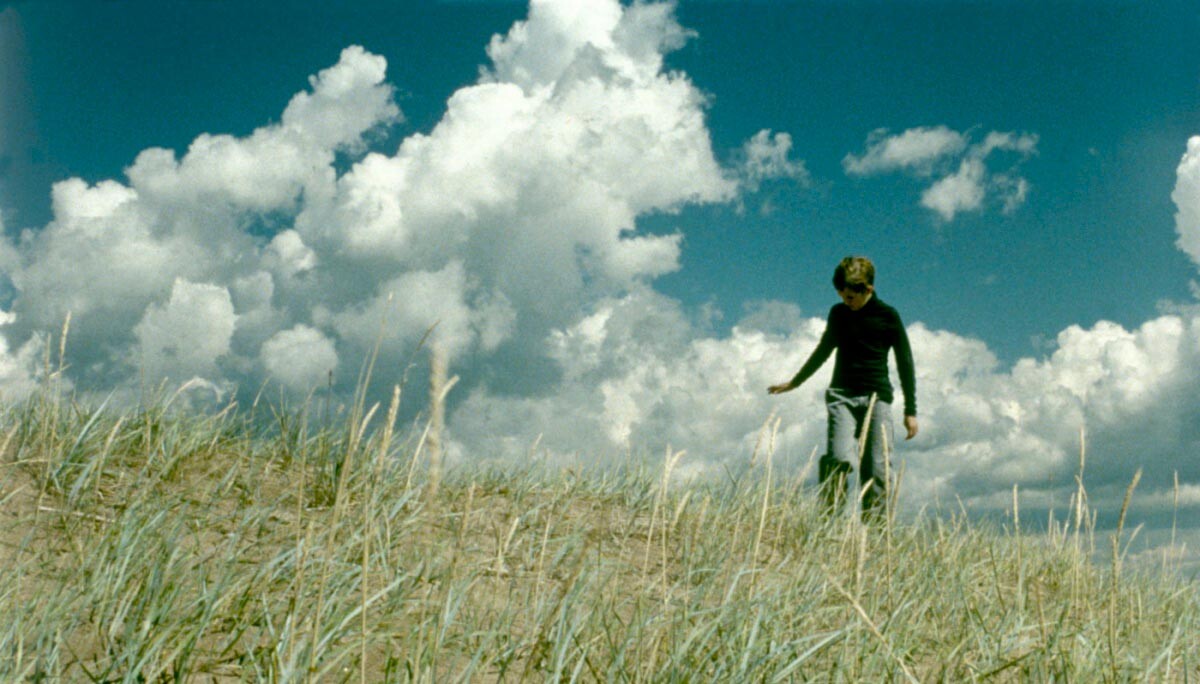 Andrey Zvyagintsev’s debut feature was greeted with acclaim in the West, where the director was dubbed successor to Andrei Tarkovsky. It was awarded five prizes at the Venice Film Festival, including the main one, the Golden Lion. It also received two FIPRESCI awards - one in Palm Springs and the other at Thessaloniki.

This austere drama of two brothers and the unexpected return of a father whom the two have not seen for so long that it could be regarded as their first meeting is not about the happy reunion of a broken family. They go on a psychologically almost unbearable car journey, but where and why are things the boys don’t learn until the very end. Critics said the movie marked Russian cinema’s long-awaited return to high art, while from that moment the world’s main film festivals have been tracking the director’s work. 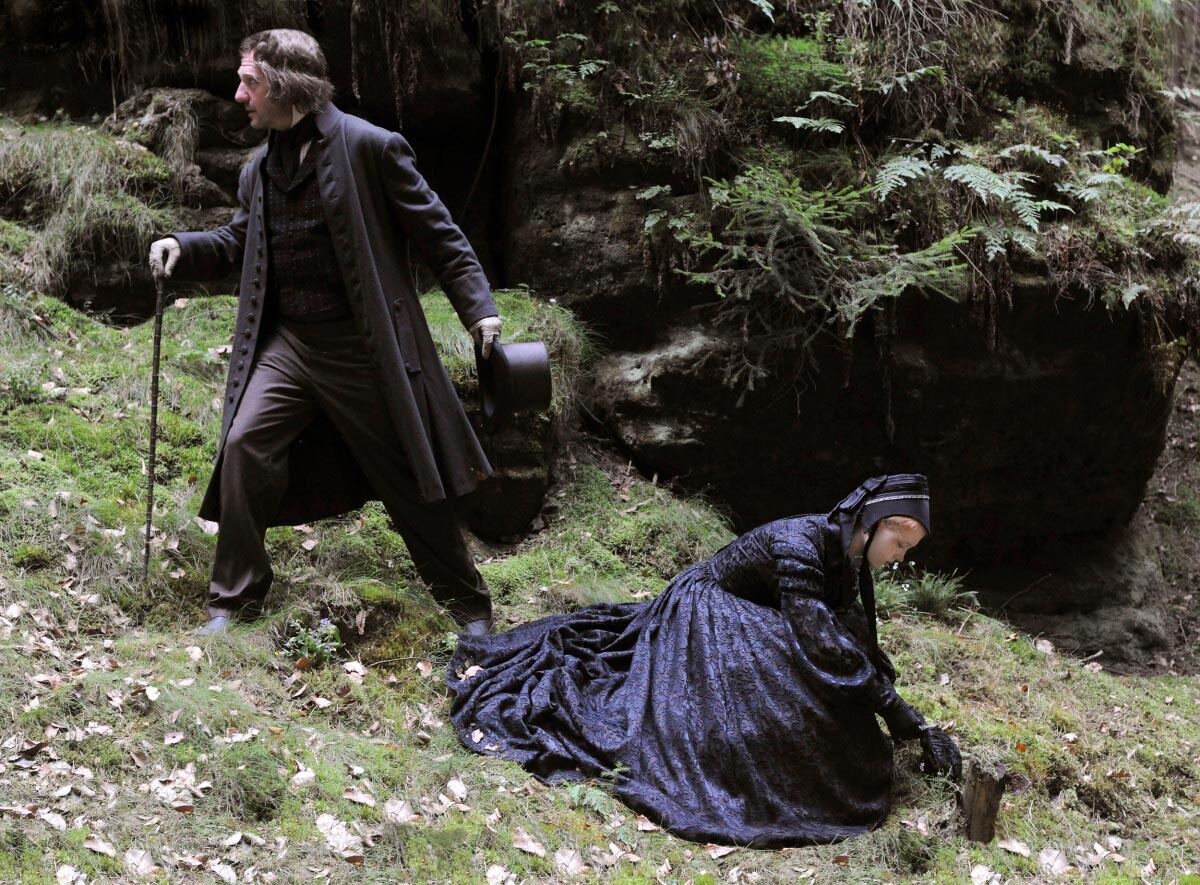 The movie is the culmination of Sokurov’s monumental tetralogy about the tyrants of the 20th century, which also includes ‘Moloch’, ‘Taurus’ and ‘The Sun’. It provides the key to the first three parts: all the main protagonists become like Faust in that they inwardly make a pact with the Devil. But this Faust notably strays from the classic character created by Goethe.

The story is centered on the love interest between Faust and Margarete, but the traditional plot lines are dispensed with and the Faust legend is endowed with fresh variations and themes. The movie is above all the story of the downfall of a soul and the limits of what human beings are capable of. Shot in German, the movie won a Golden Lion at Venice, an award of the Catholic association SIGNIS, the Future Film Festival Digital Award and the Russian national Nika Award.