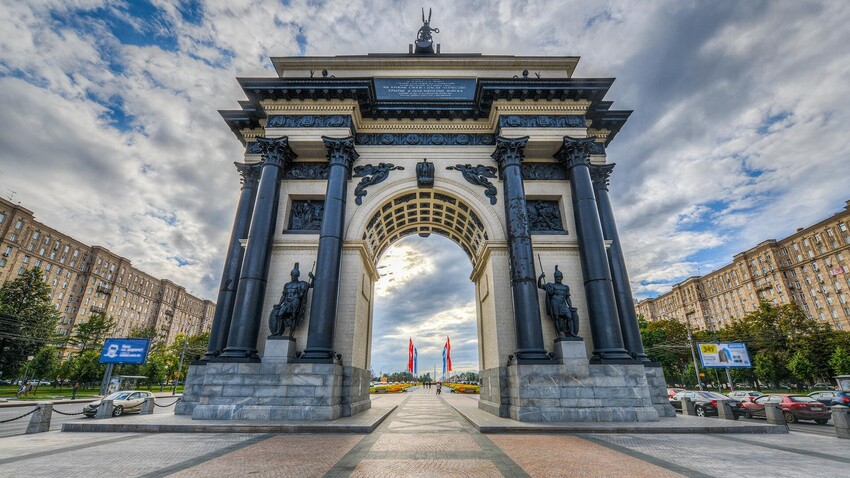 Legion Media
Most of them were built to commemorate great victories. But, there are also those that celebrate socialist labor. We’ve selected the most noteworthy ones. 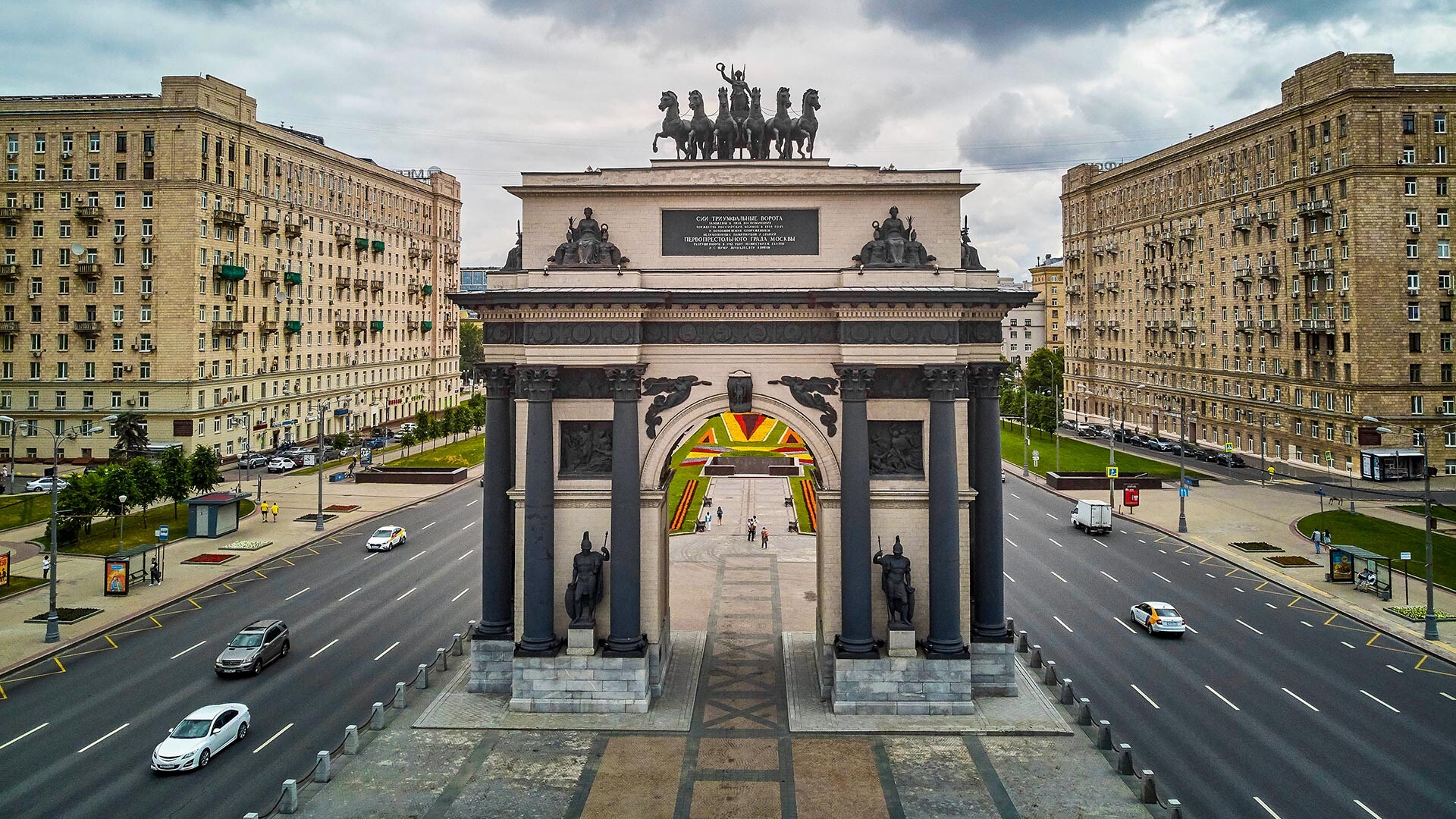 The arch, crowned with a chariot and a sculpture of Nike, the Greek Goddess of Victory, stands on Moscow’s Kutuzovsky Prospekt avenue and is a post-war “reincarnation” of another arch that was erected by decree of Nicholas I in 1834. 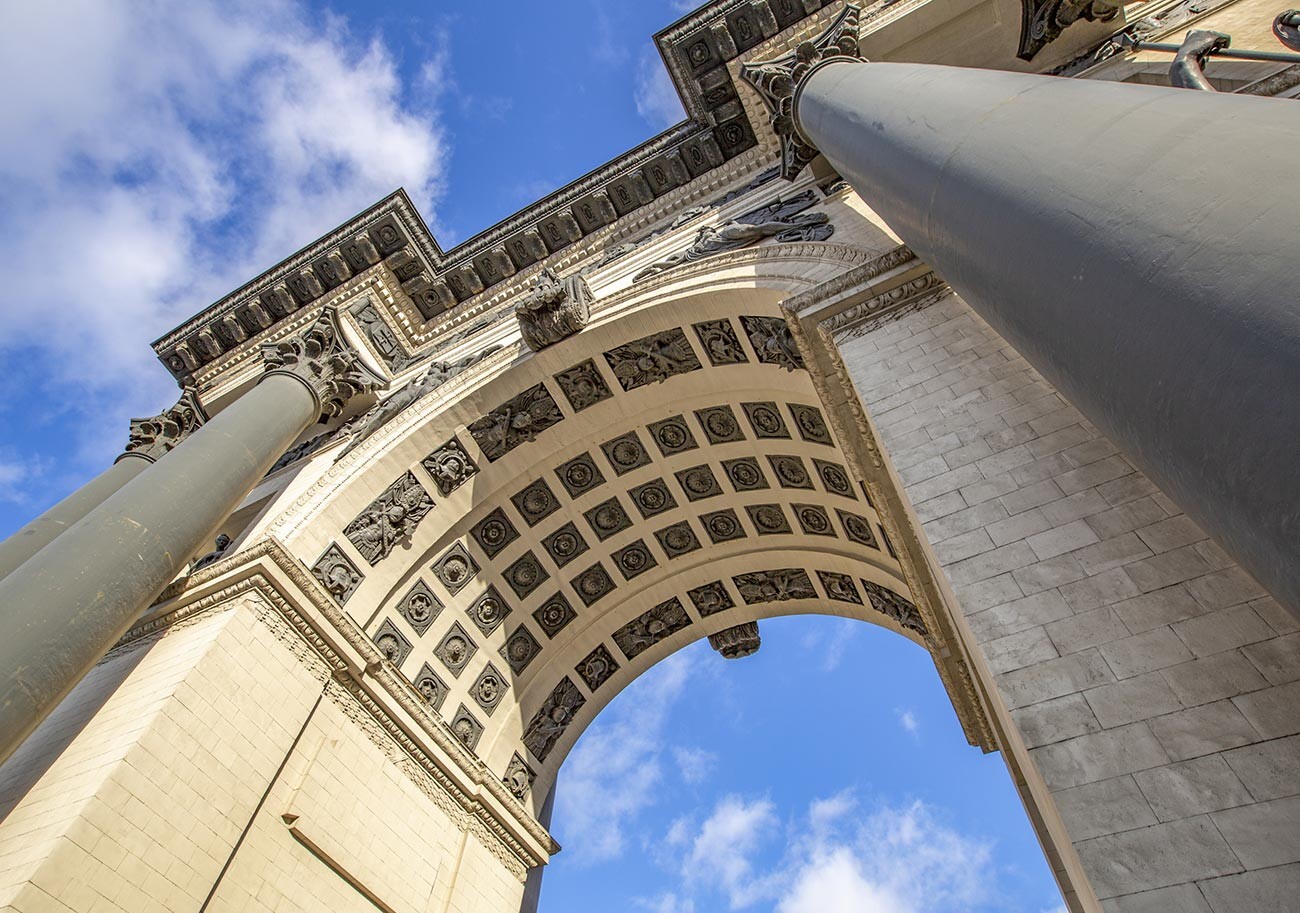 The emperor wanted Moscow to have a memorial arch in honor of the victory of the Russian people in the Patriotic War of 1812 against Napoleonic France - similar to the one that was built in St. Petersburg that same year. 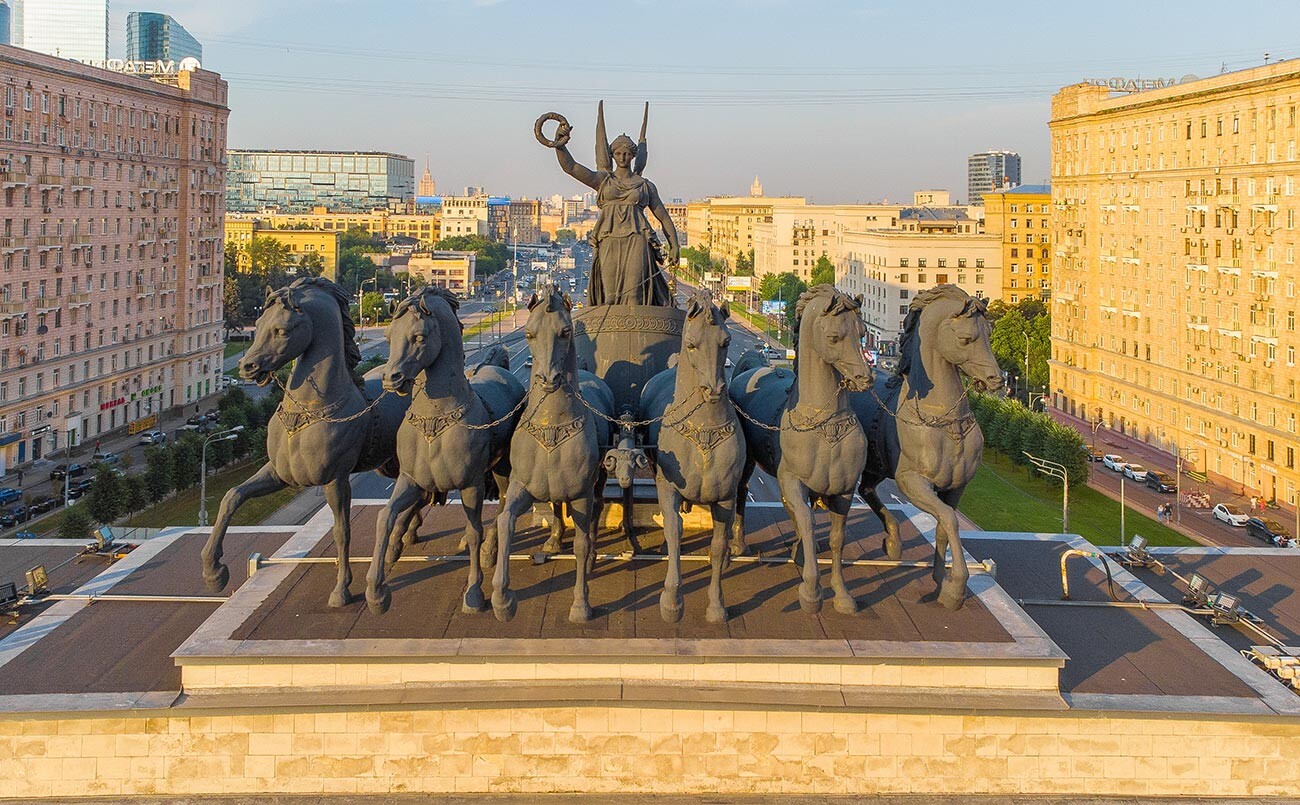 The first triumphal arch was made of wood. Later, it was changed to stone. But, in 1936, the arch was dismantled, due to changes in the city’s general plan. The cast-iron columns of the gate lay on a town square for several years, until they were melted down for the needs of the Soviet army during World War II. 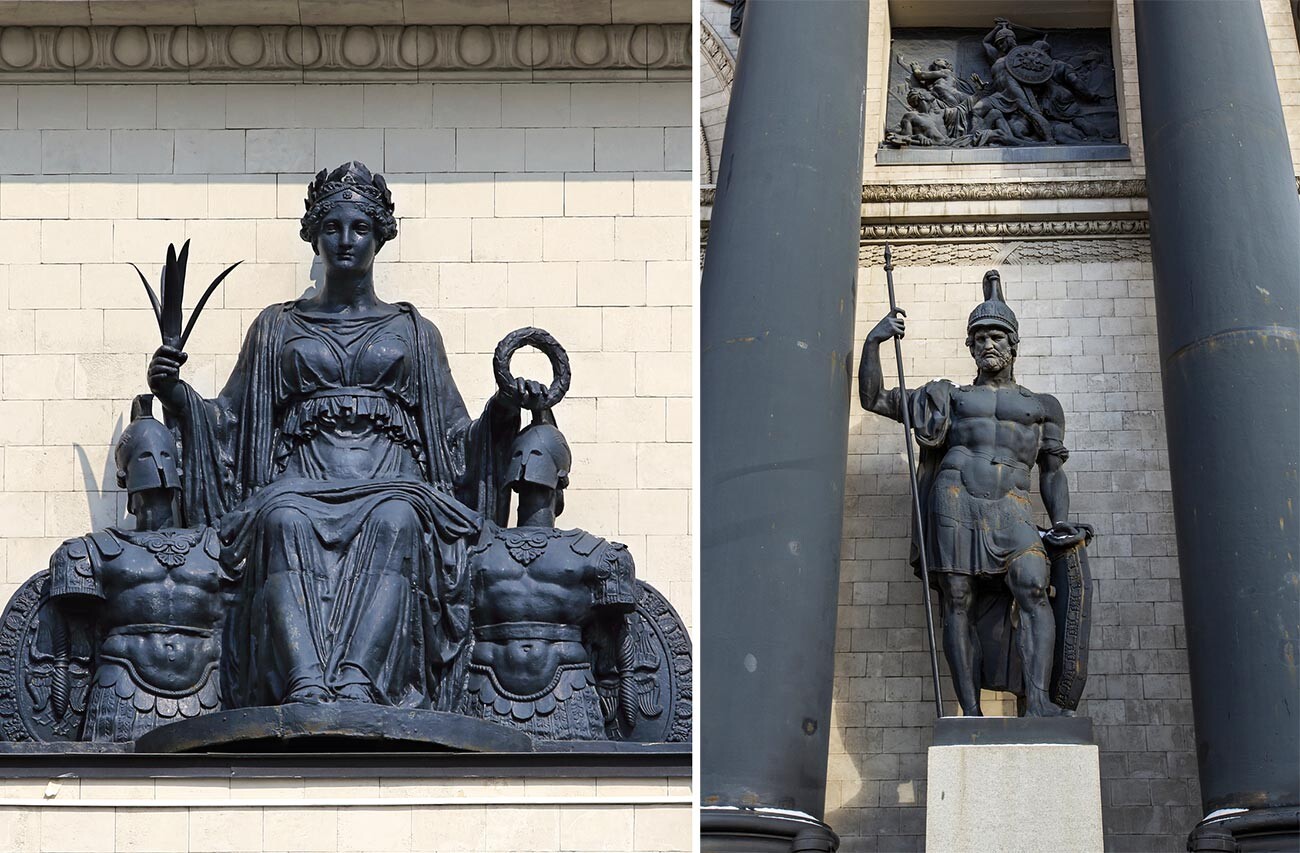 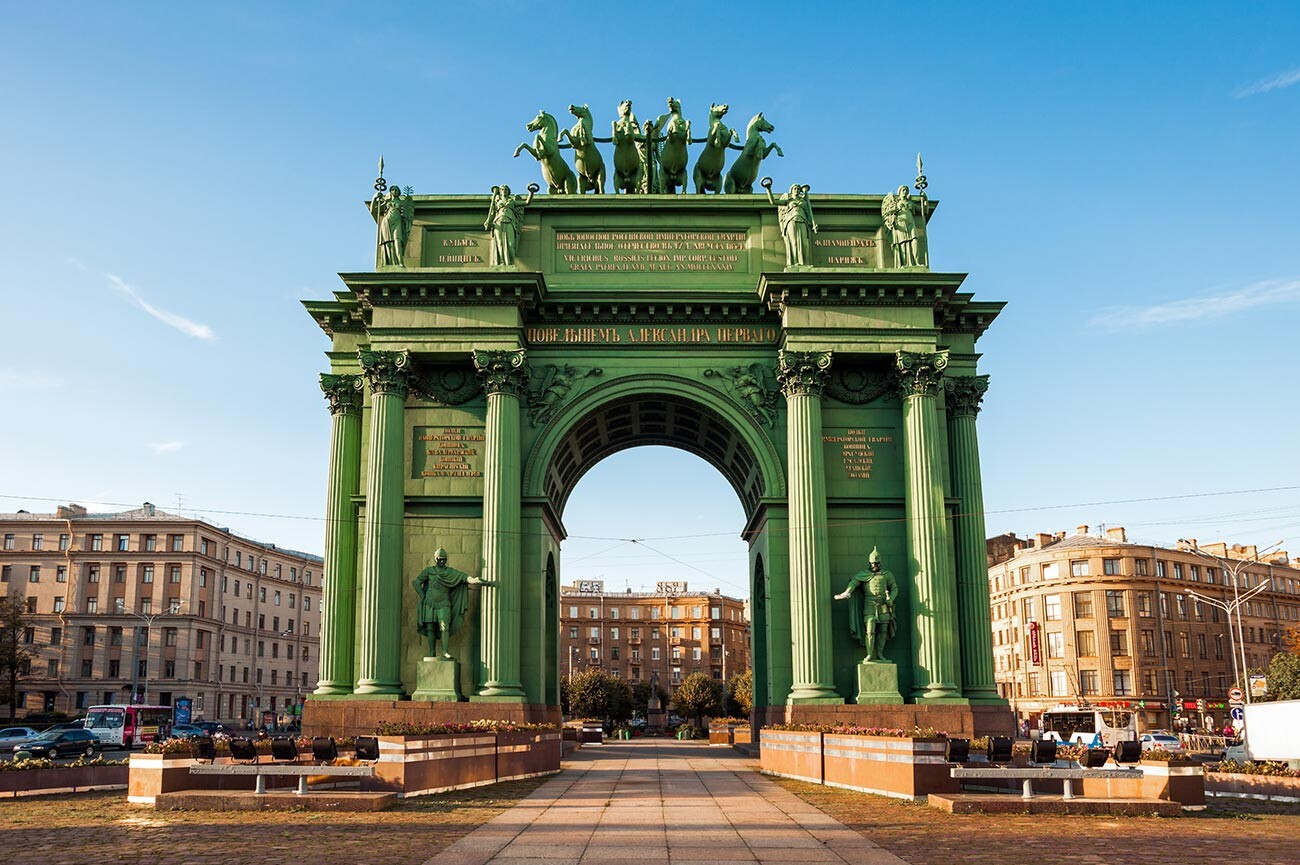 For a while, this arch served as a city gate, welcoming travelers who arrived in the Russian capital from Europe. 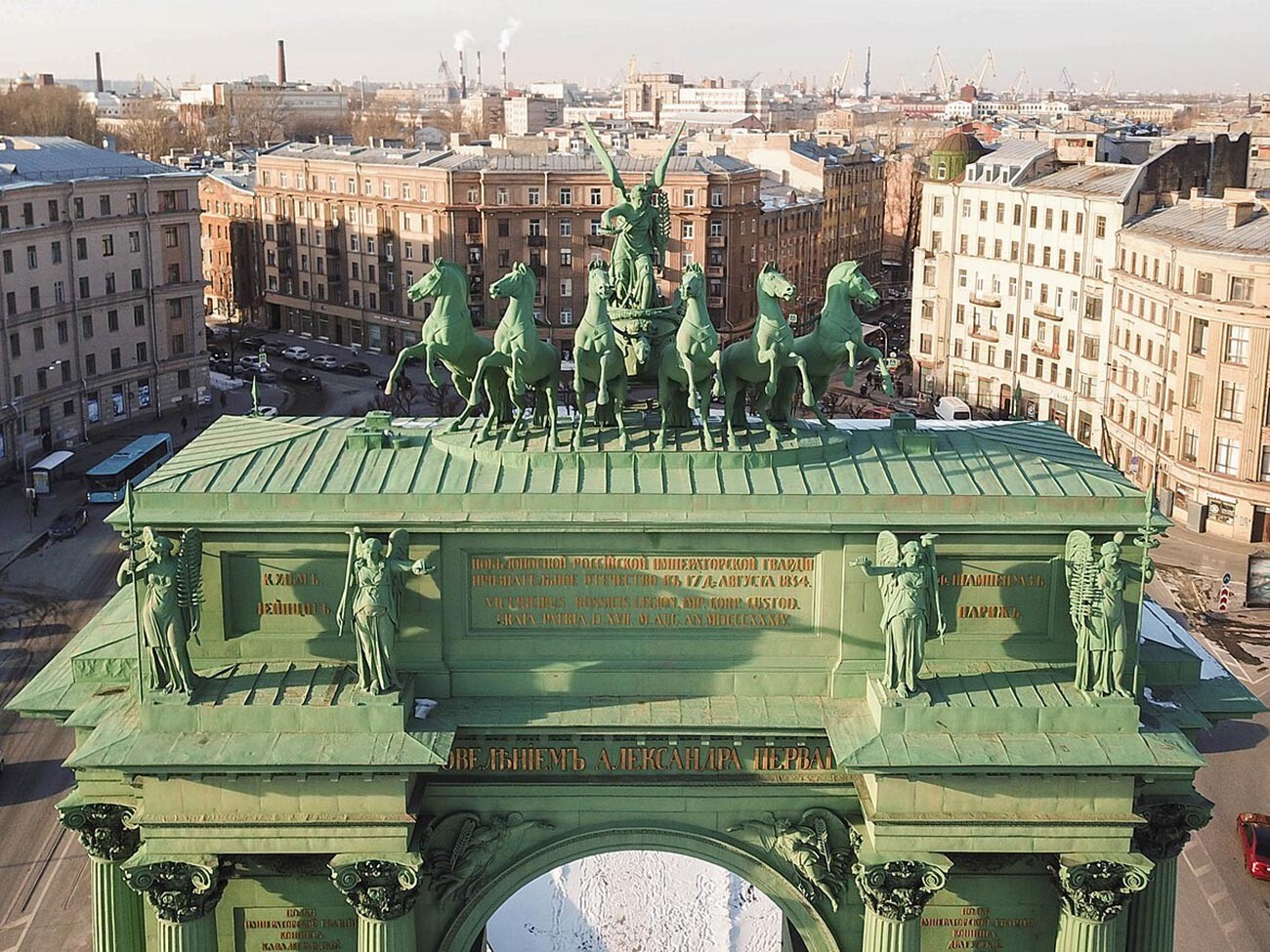 The arch was designed by Italian architect Giacomo Quarenghi. It was built in 1834 to commemorate Russian victory in the 1812 war against Napoleon. In 1944, the Soviet troops that ended the Siege of Leningrad passed through it. 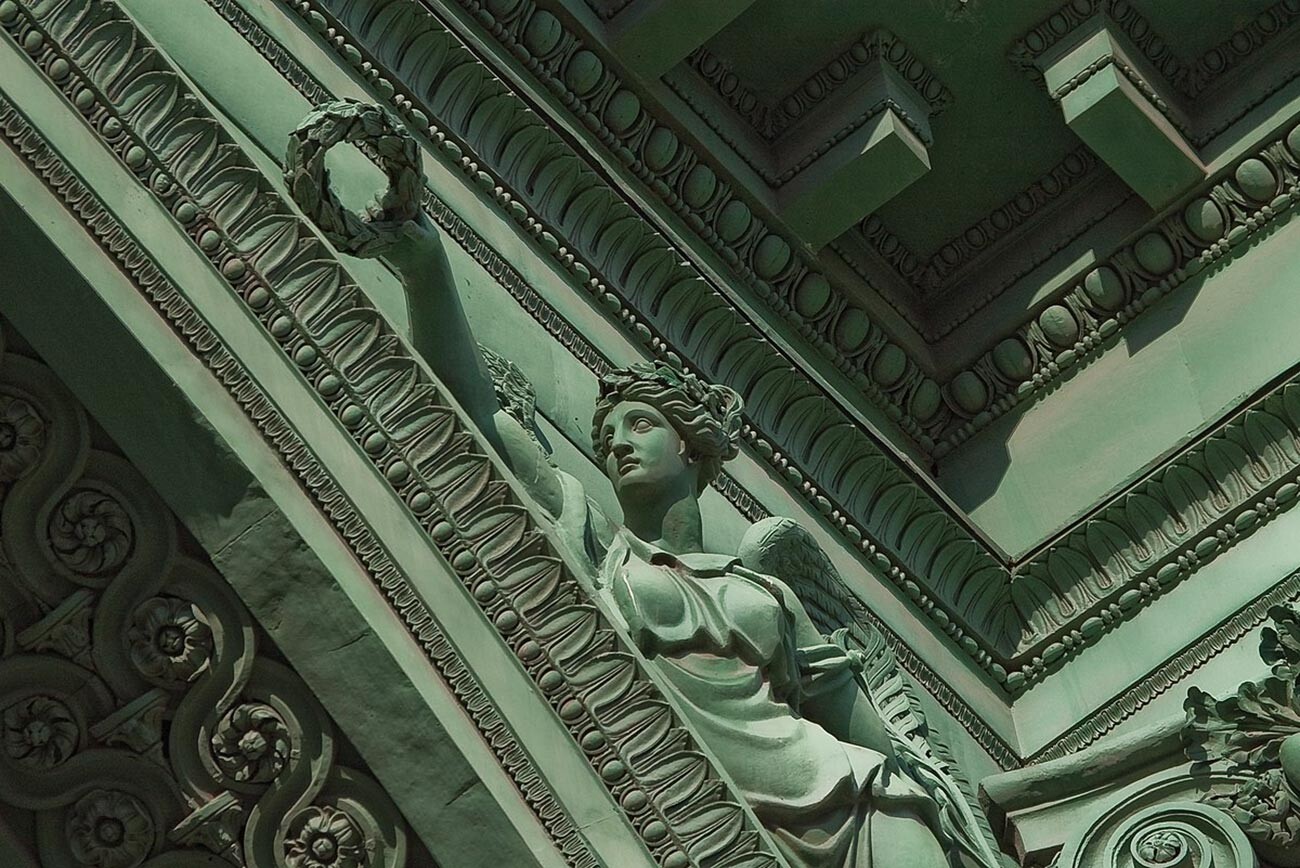 These days, there is a museum of military glory inside the arch, which occupies three floors and the basement.

3. Arch of the General Staff in St. Petersburg 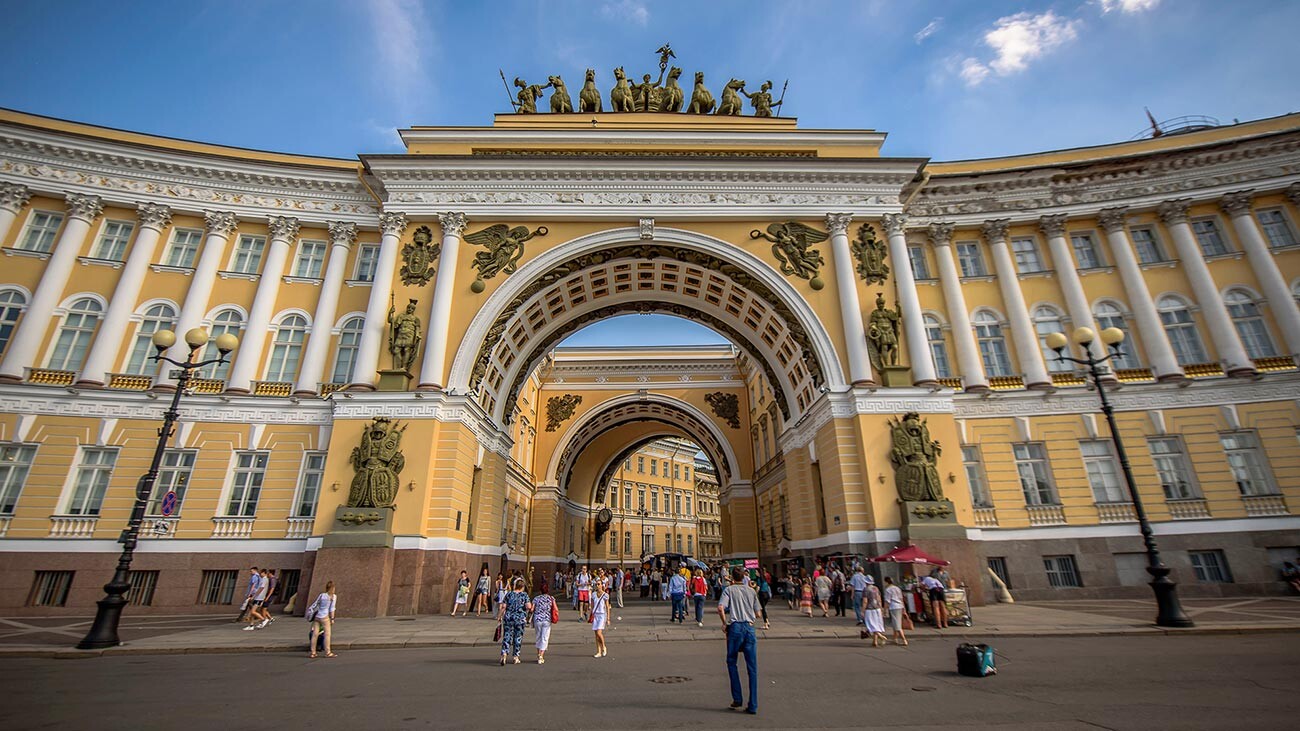 The arch in the Palace Square in central St. Petersburg is part of the General Staff building: for quite a while, its 580-meter long facade was considered one of the longest in Europe. 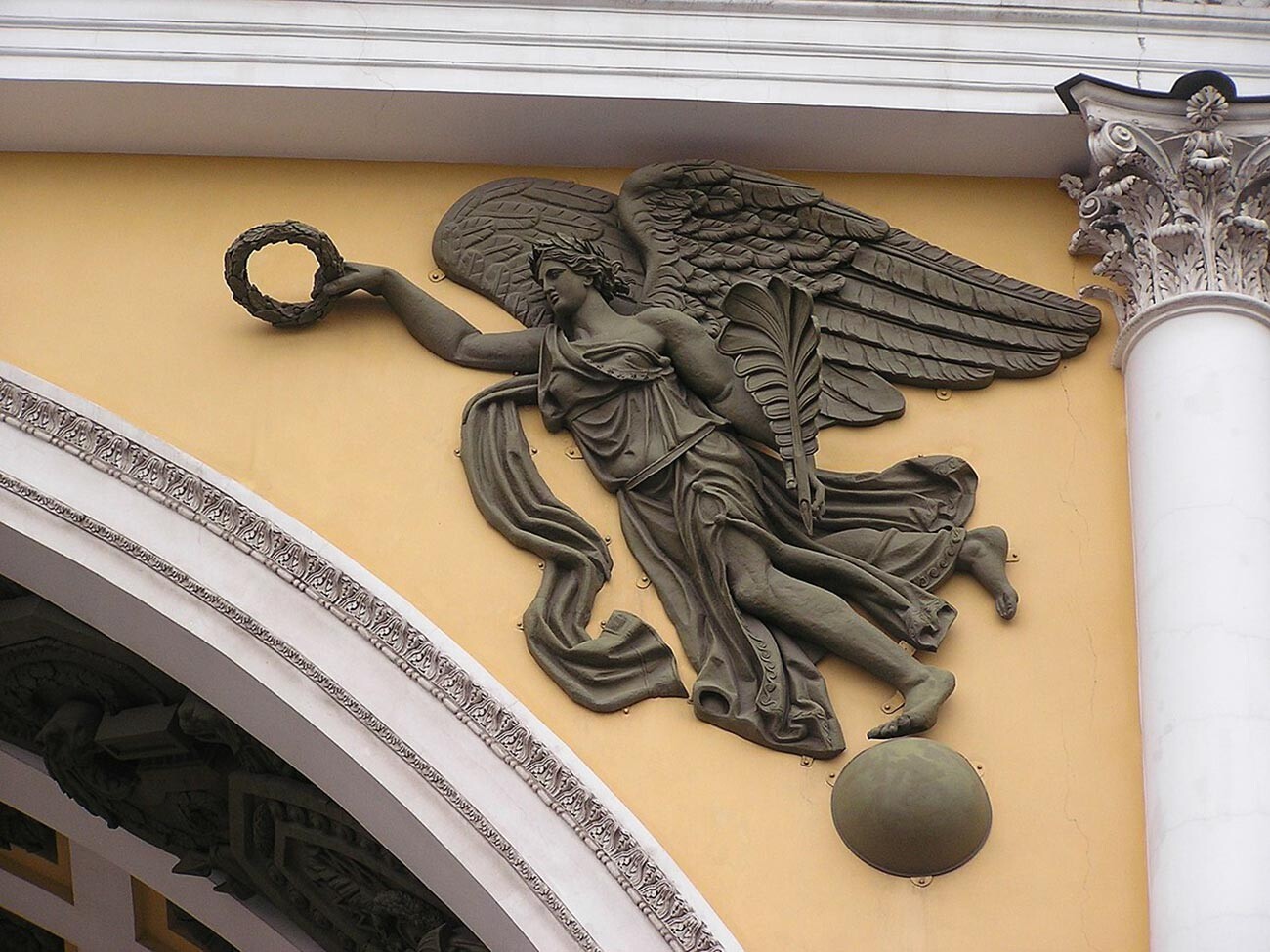 The arch was designed later than the rest of the building and was intended to commemorate the victory in the war of 1812. Its bas-reliefs are made from casts of military trophies, there are statues of ancient warriors on its sides and a chariot with the goddess Nike at its top. 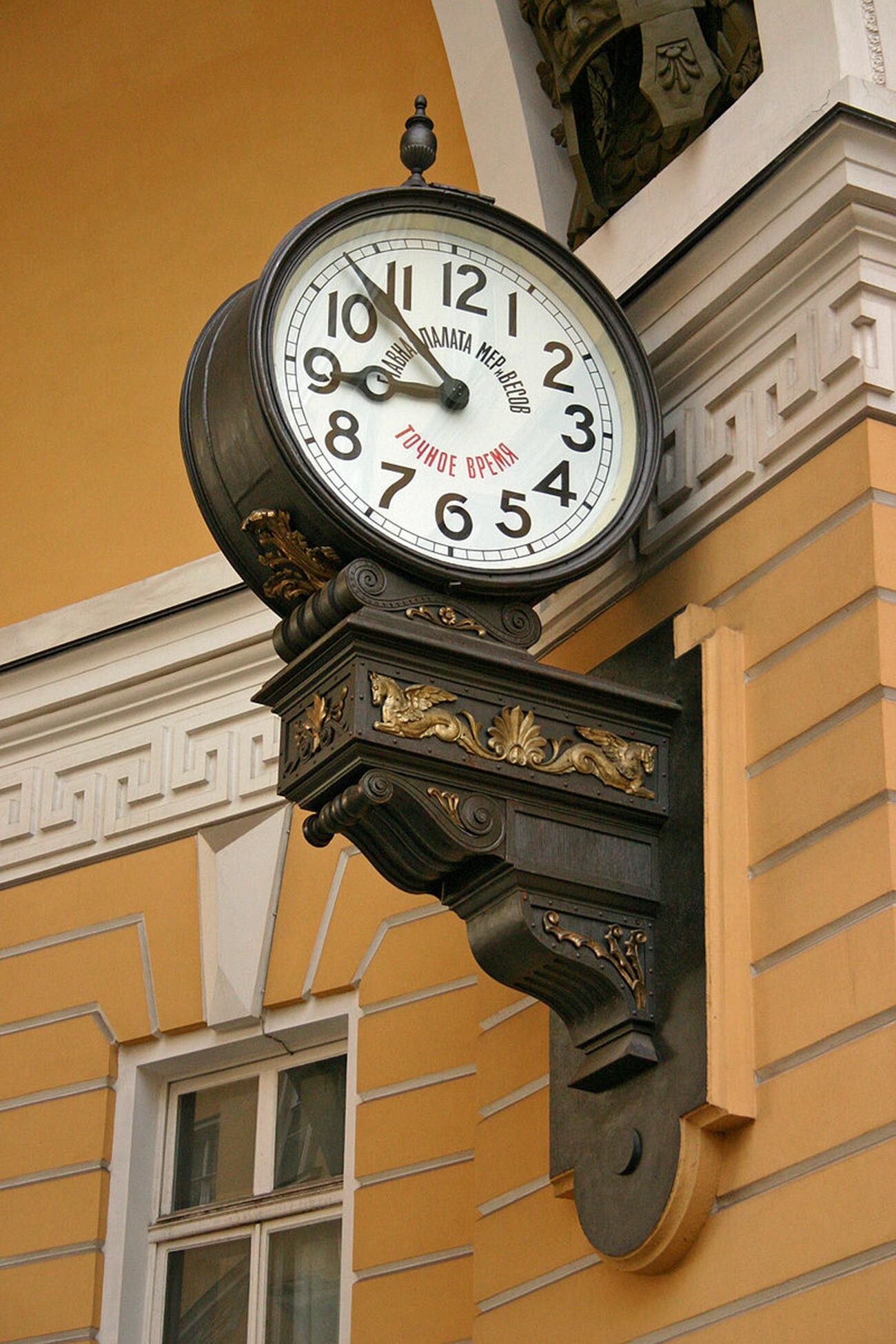 The architect who designed it, Carlo Rossi, who was of Italian origin, considered the arch to be the dominant feature of the entire building of the General Staff and today it is one of the landmarks of the city. 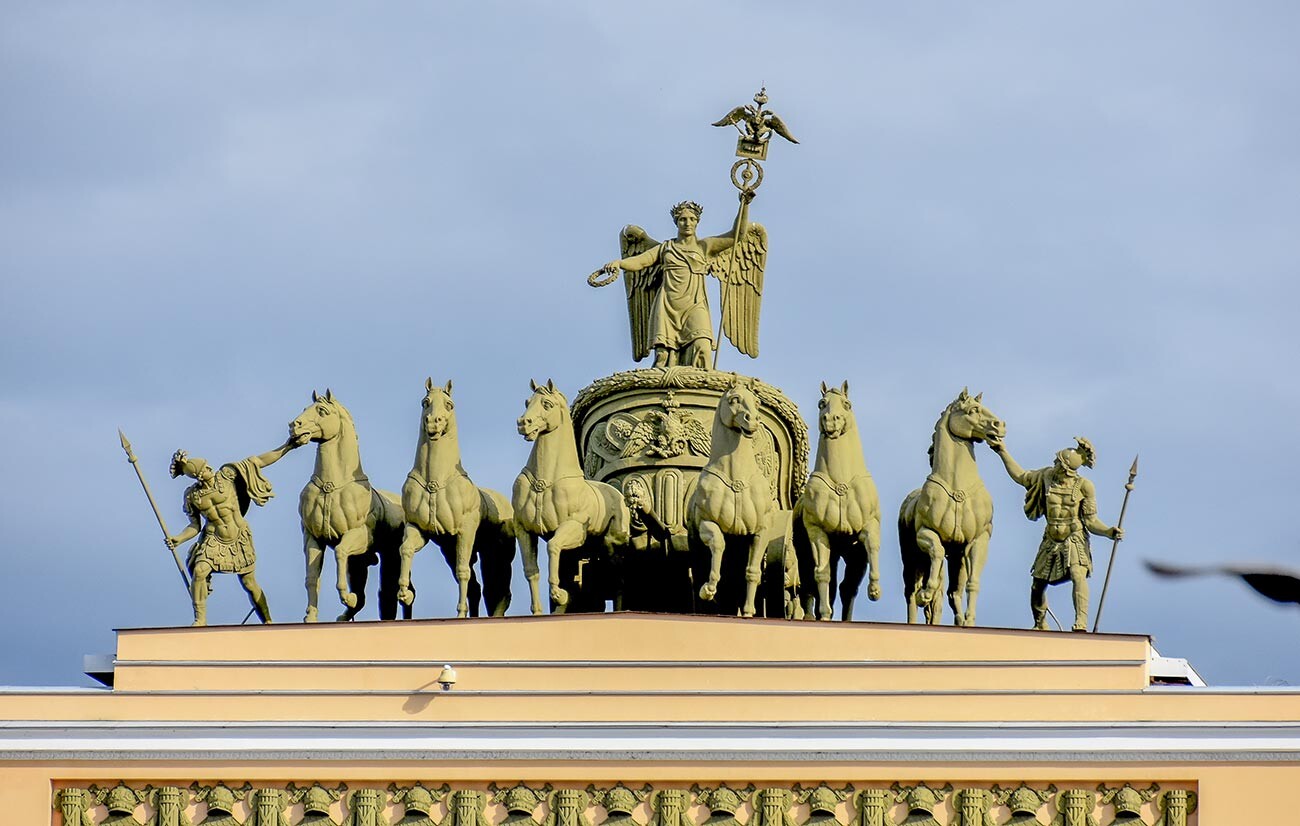 These days, the eastern wing of the building houses treasures from the Hermitage. 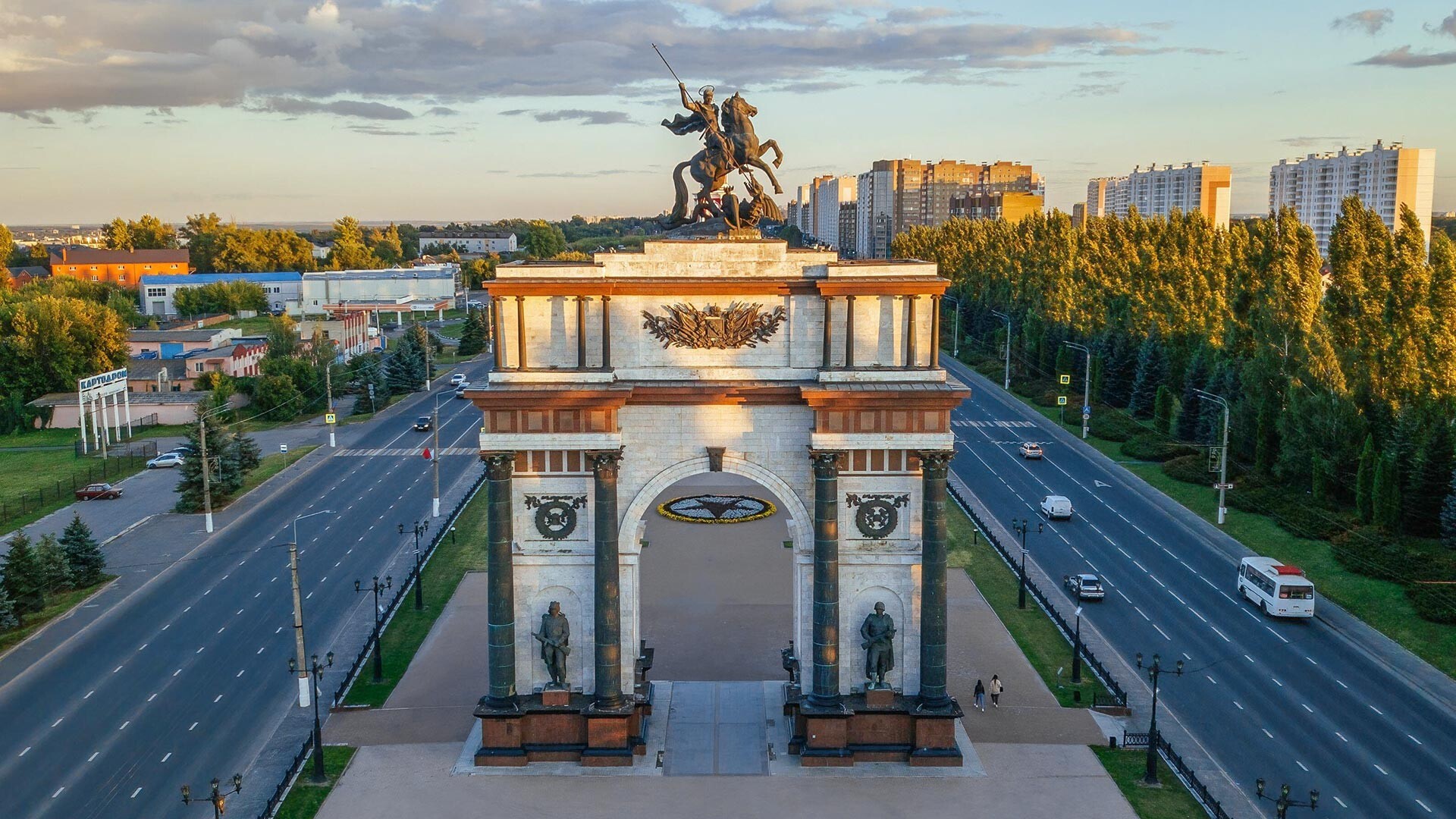 This arch is part of an ensemble built in commemoration of the victory over Nazi Germany in 1945. It was erected in the year 2000 at the entrance to the hero city of Kursk, where one of the key battles of World War II, the Battle of Kursk, was fought in 1943. 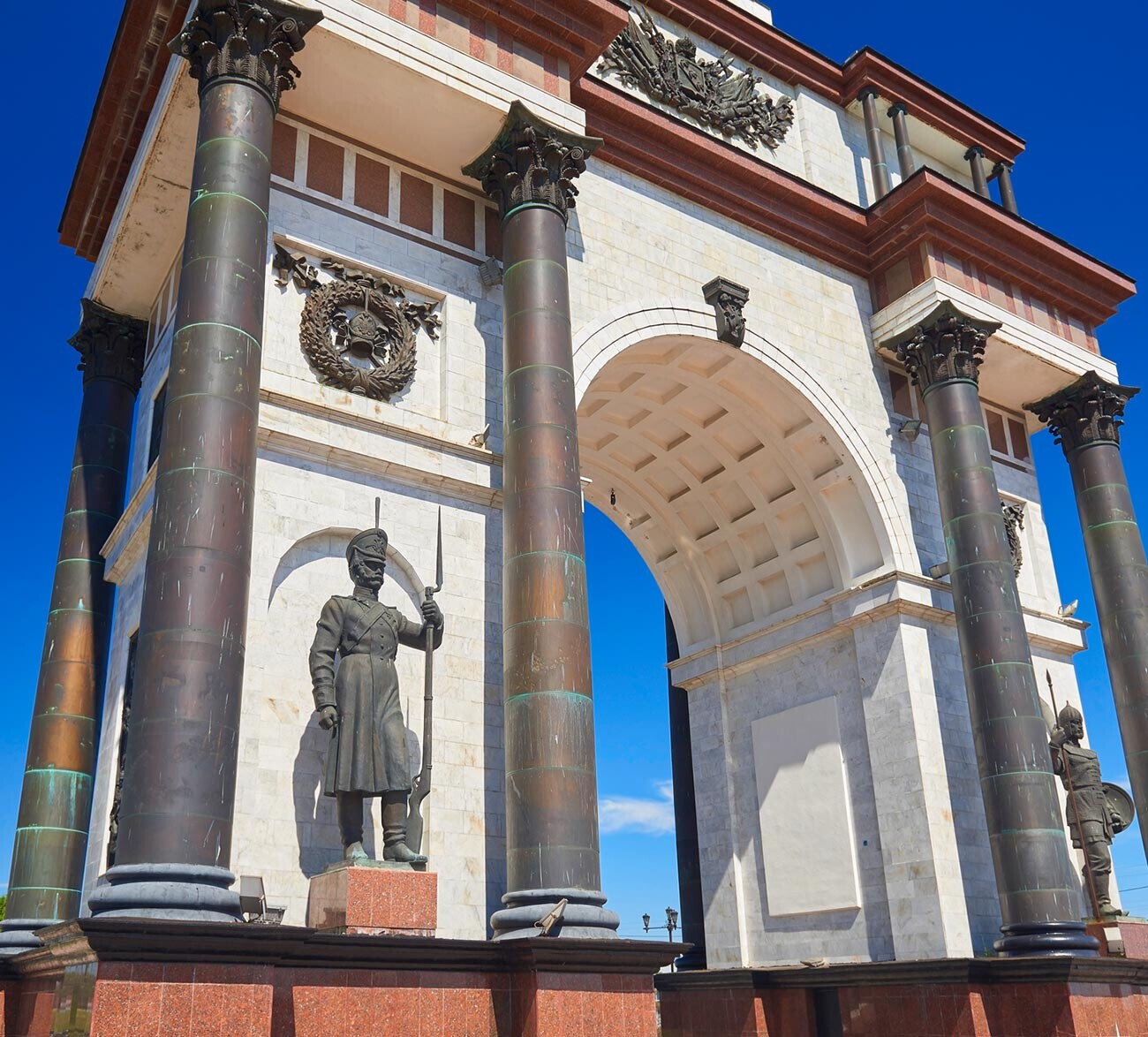 At the foot of the arch there are four figures of warriors from different eras - from Old Rus’ to the mid-20th century - and it is crowned with a sculpture of St. George the Victorious piercing the dragon with a spear. 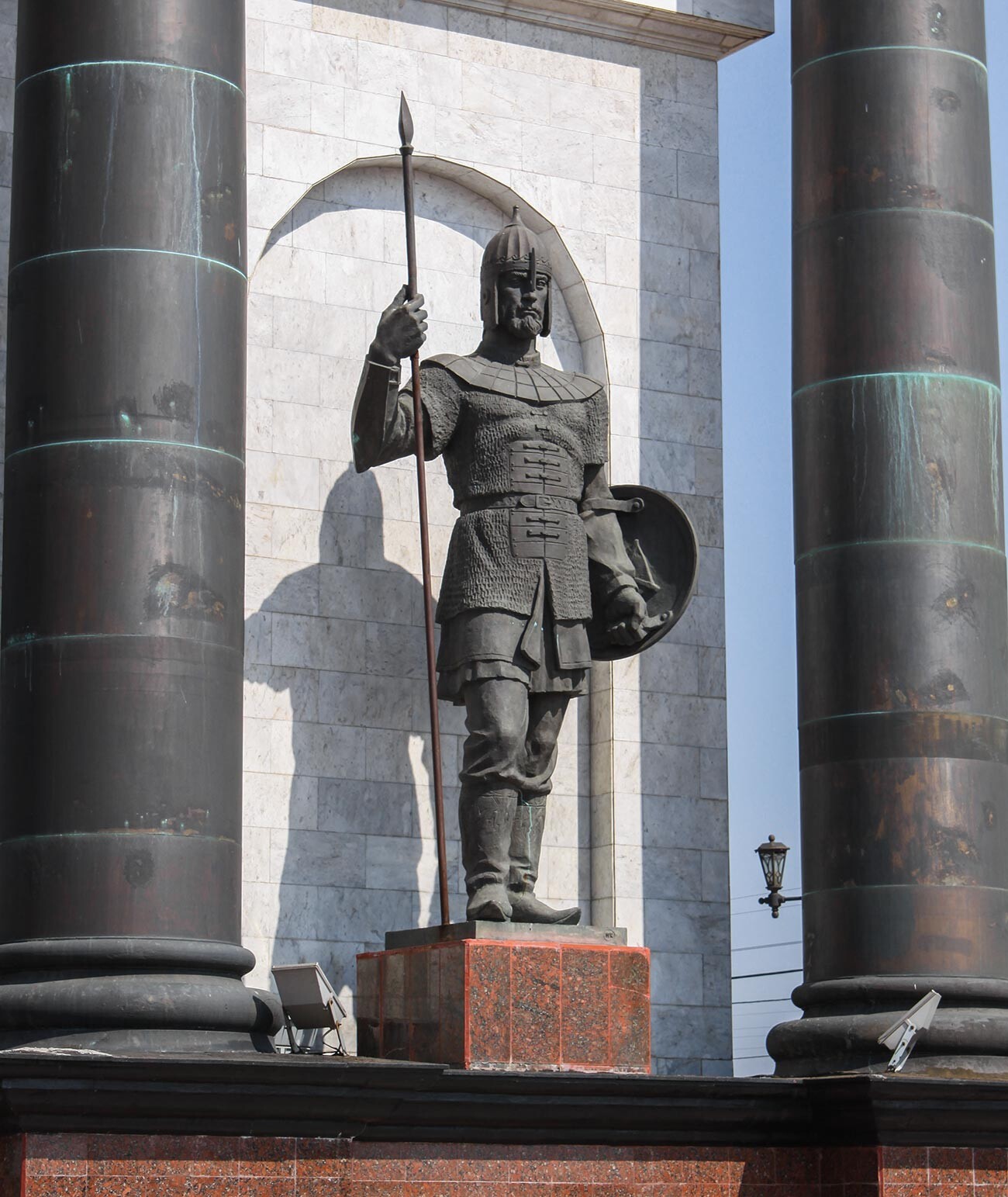 5. The main entrance to VDNKh 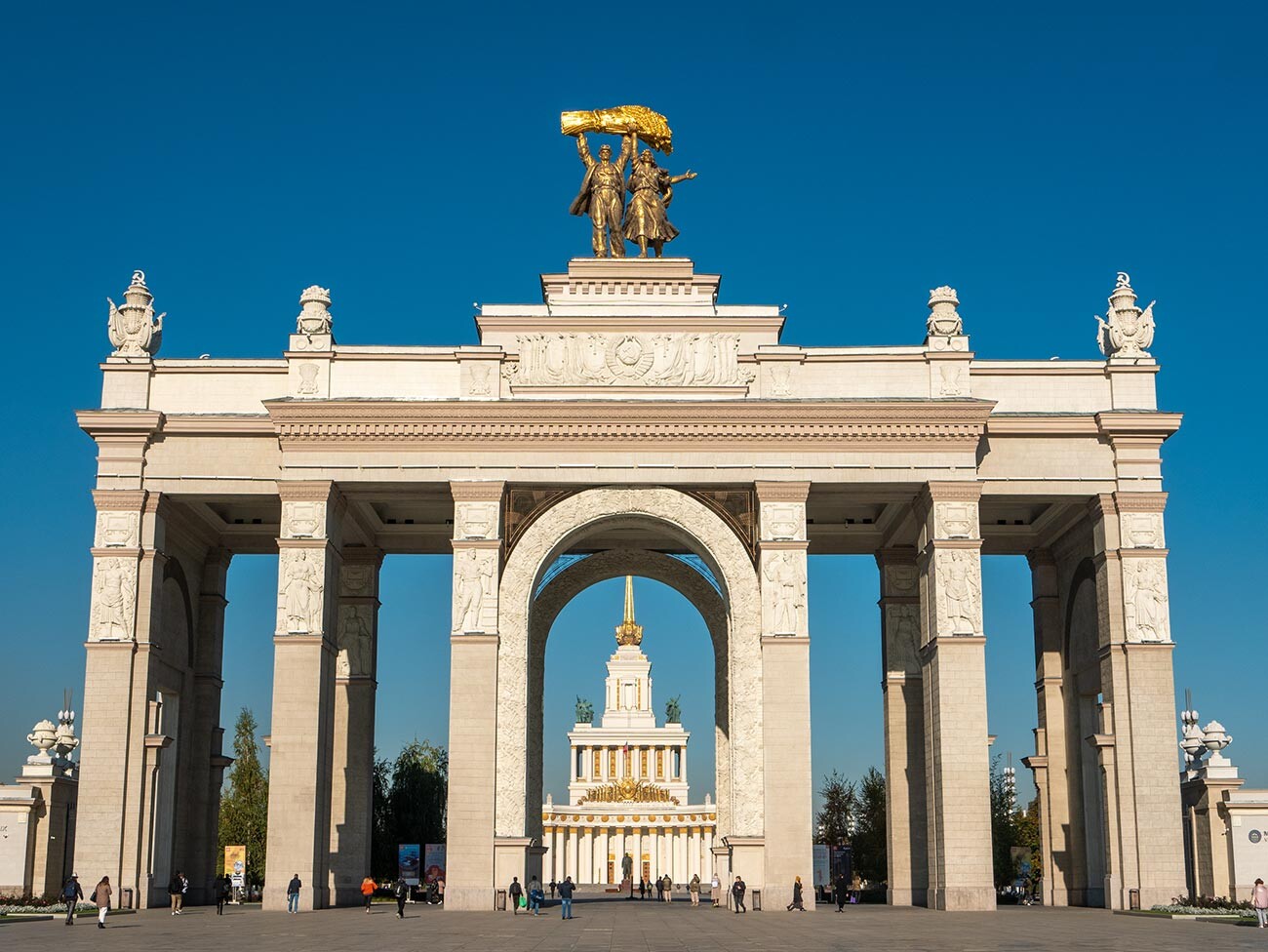 This massive arch in the Stalinist style of architecture is another symbol of victory in World War II. It also became the main entrance to VDNKh (Exhibition of Achievements of the National Economy), one of the most recognizable architectural monuments of the Soviet era. 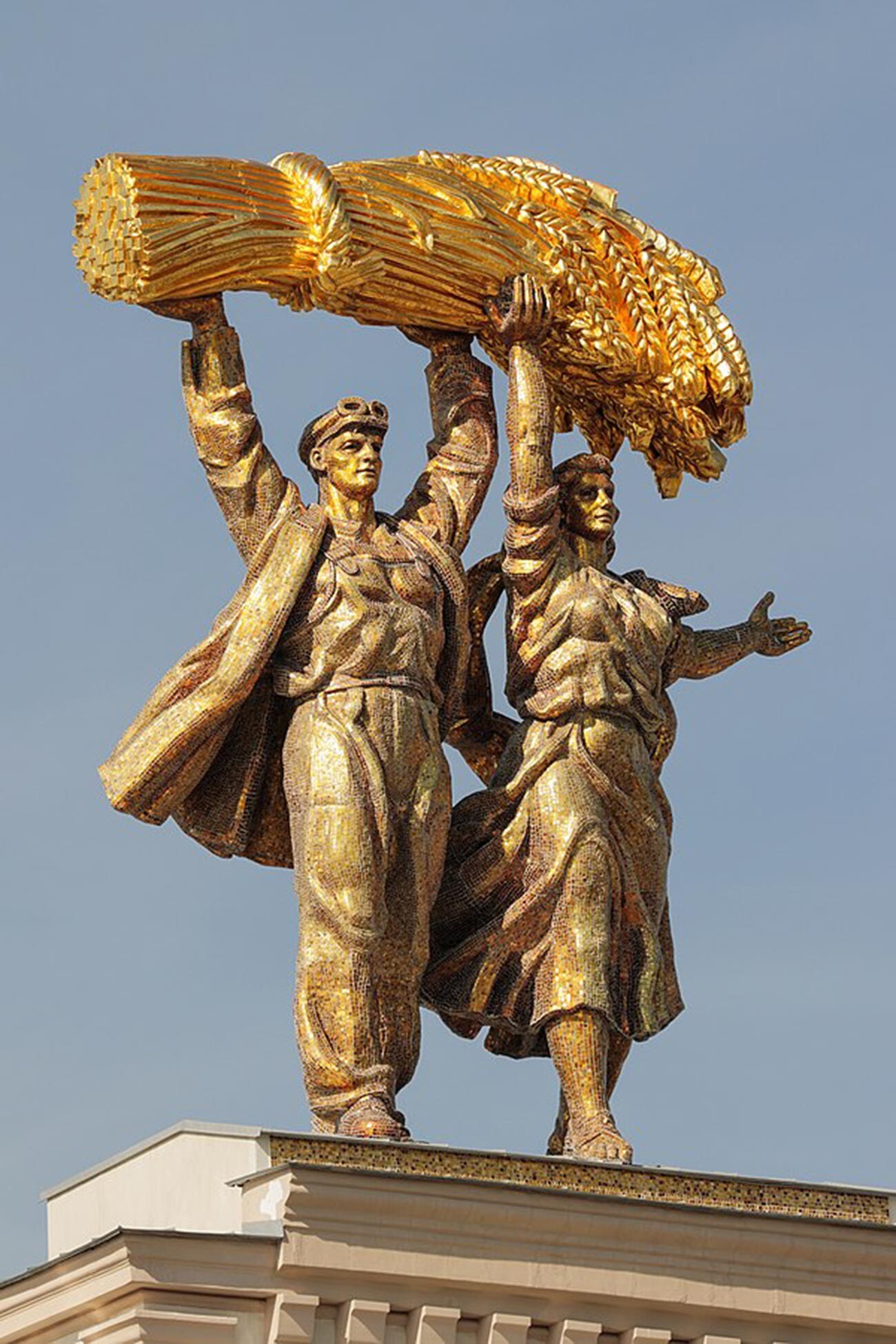 The facade of the arch is crowned with a bas-relief with the USSR national emblem, while the roof is decorated with the sculpture called ‘The Tractor Driver and the Collective Farm Woman’. 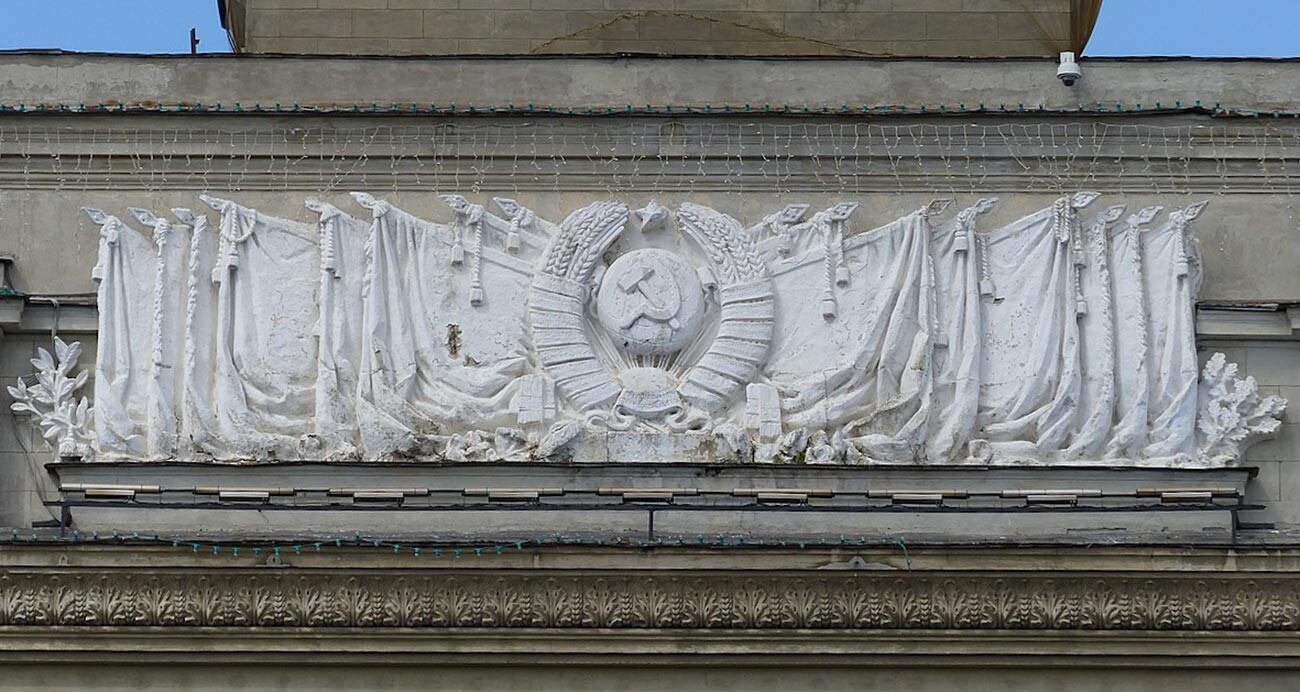 These two archetypal characters of the Soviet era hold a sheaf of ears of wheat above their heads and are intended to personify industry and agriculture.

6. The arch of the main entrance to Gorky Park 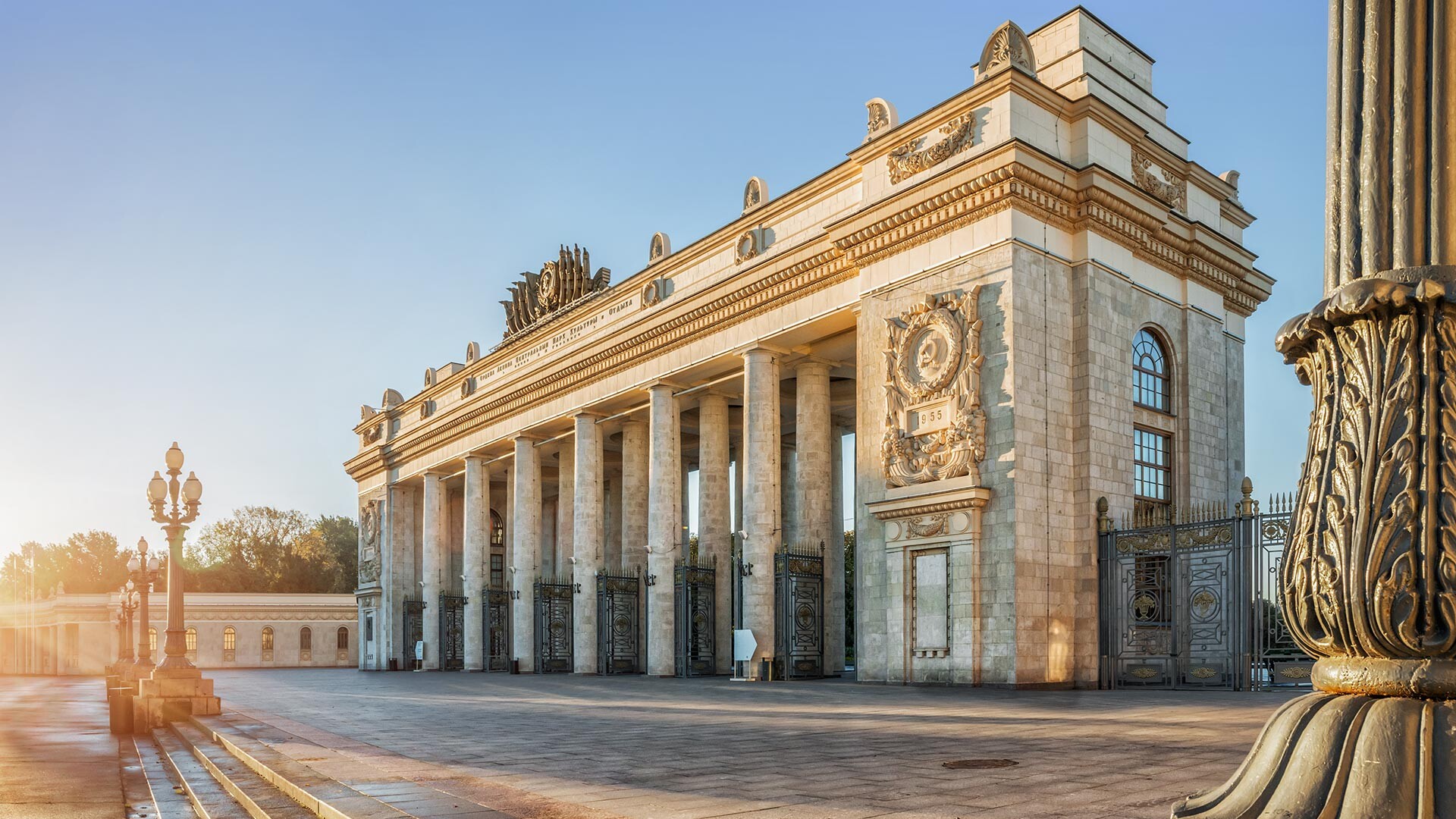 This symbol of the capital’s main park dates back to 1955, when the central entrance to the park was decorated with a monumental arch designed by G. Shchuko and A. Spasov. 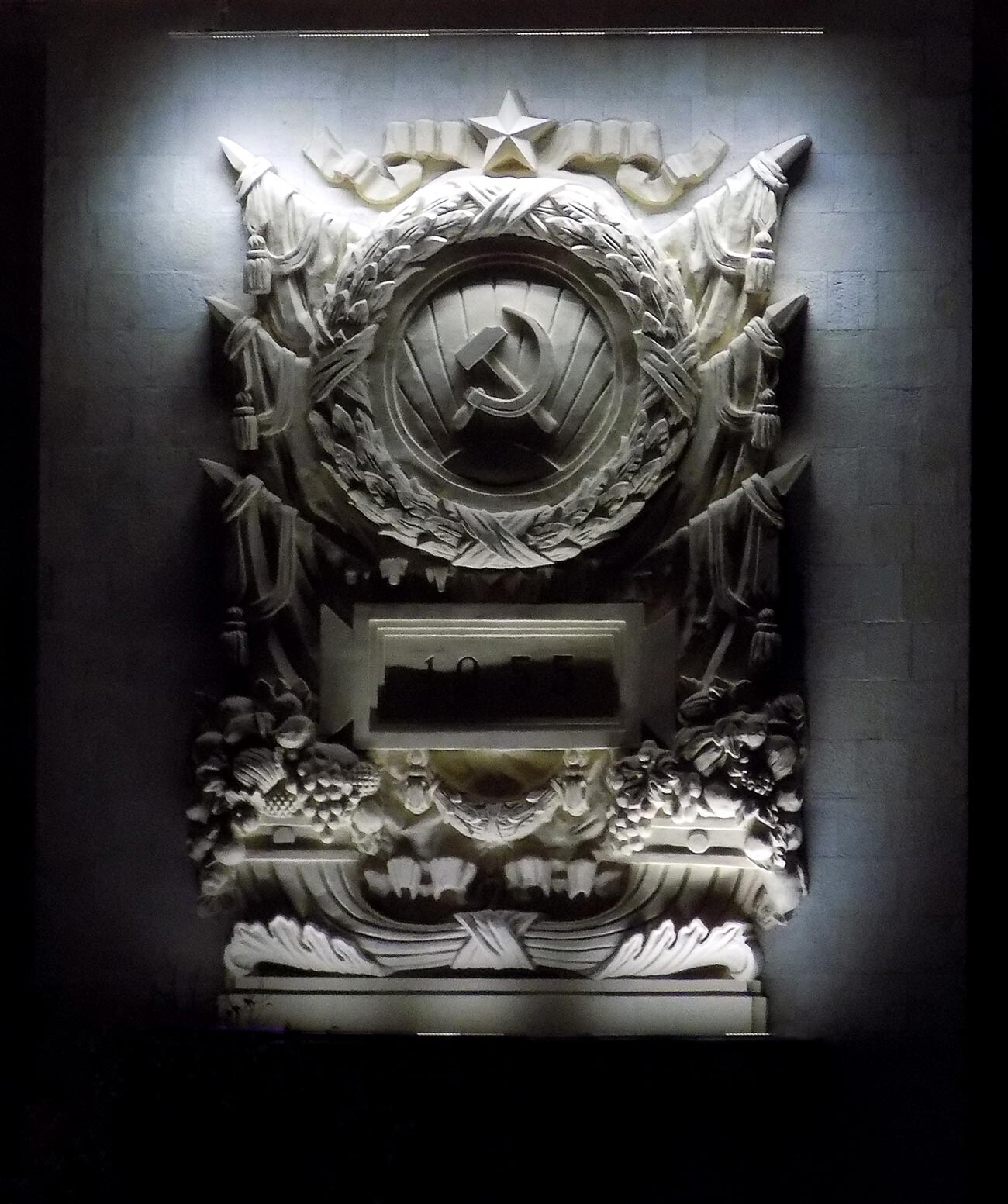 For a long time, the 18-meter arch, along with the nearby Krymsky Bridge, was one of the symbols of the new socialist Moscow. 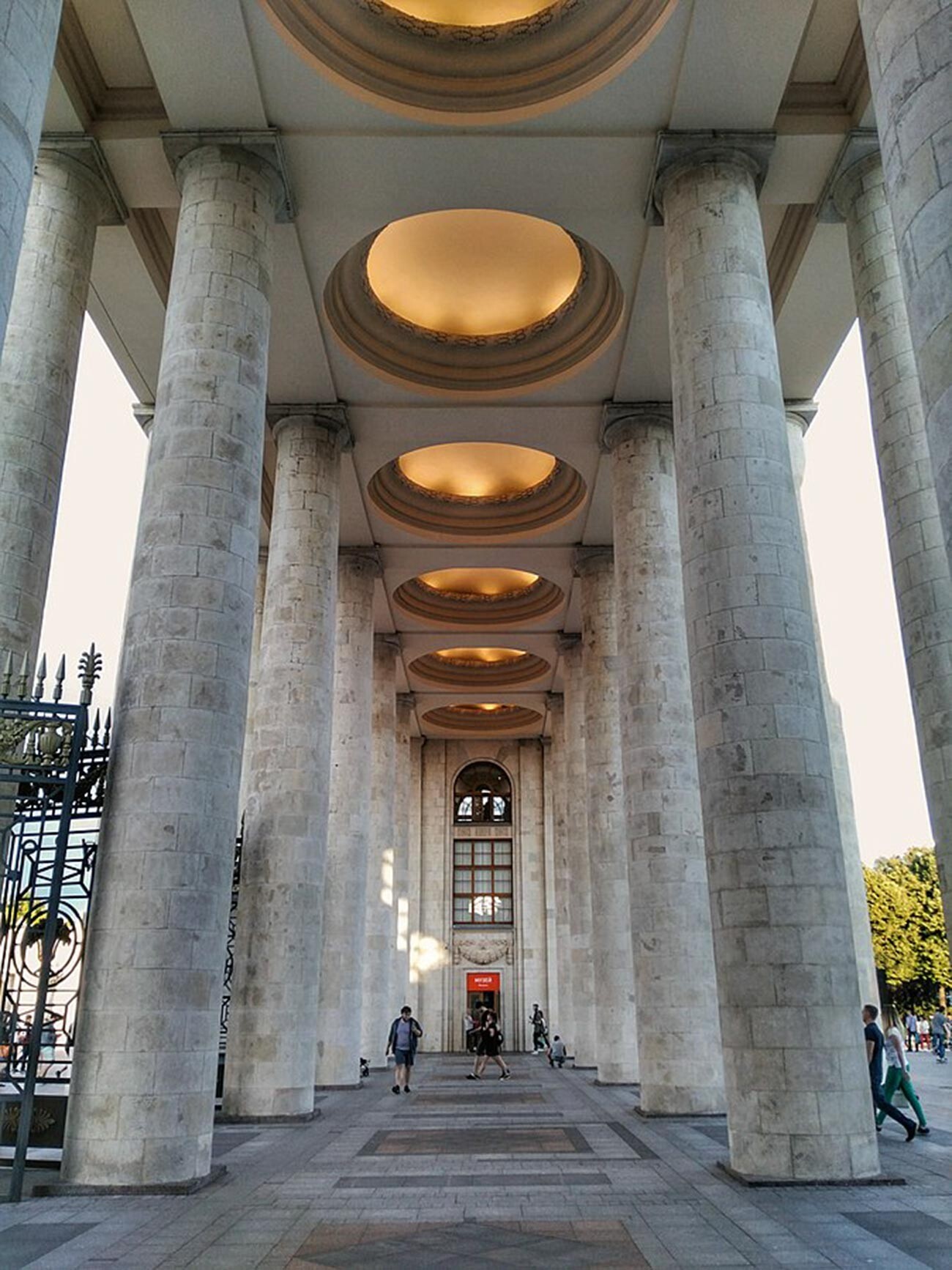 Inside it, there is a small museum dedicated to the history of Gorky Park, but its most interesting feature is an observation deck that offers views of the Sparrow Hills, the Shukhov and the Ostankino towers, as well as the Ministry of Foreign Affairs, one of the famous Seven Sisters buildings.