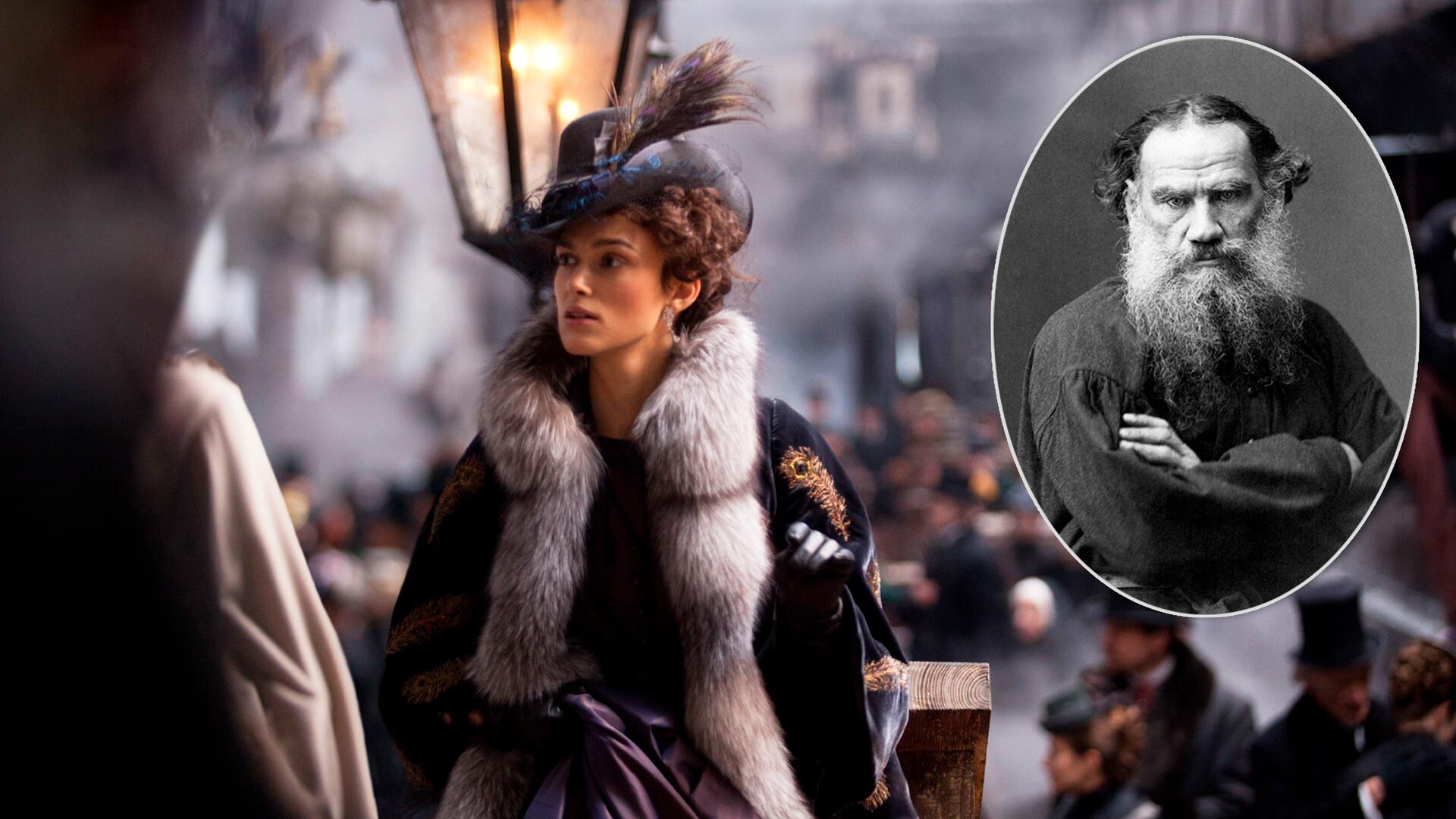 Russia Beyond (Working Title Films; Public Domain)
Literary scholar and writer Pavel Basinsky has compiled a peculiar guide to this complex novel. Let’s take a look at his most exciting insights and discoveries.

If you reread the same book, any book, at a different age or even mood, new details and meanings are often revealed. Pavel Basinsky, an expert on the writing and biography of Leo Tolstoy, has reread Anna Karenina a dozen times, and each time he felt it was a completely different novel. So he decided to collect his notes, findings and reflections in his new book The True Story of Anna Karenina (AST, Elena Shubina Publications, 2022). Here are some of his most peculiar and interesting findings.

1. The novel is inspired by Alexander Pushkin 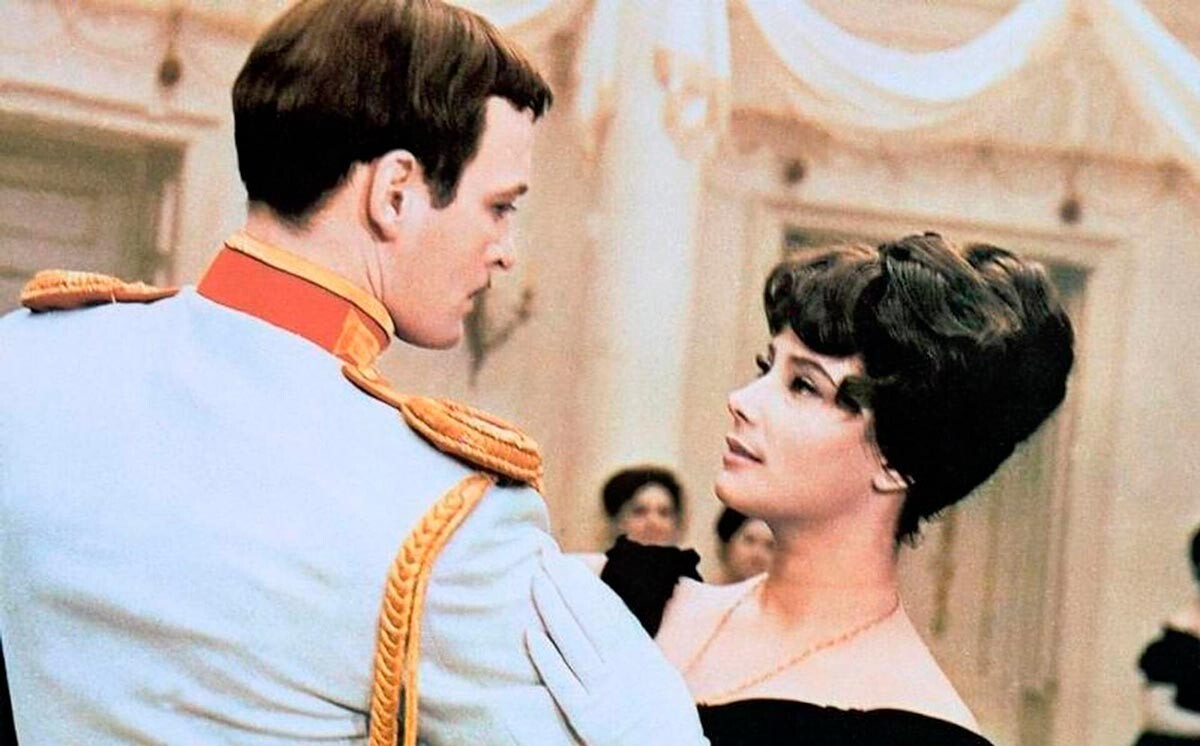 A still from 'Anna Karenina' movie. Vasily Lanovoy as Vronsky and Tatyana Samoilova as Karenina

After the great success of his novel, War and Peace, (1867), which is about Russia’s war against Napoleonic France, Tolstoy decided to dive deeper into history and write a novel about Peter the Great. However, he failed to create any natural characters - he just couldn't put his finger on the essence of this distant historical era. But finally this creative crisis revealed deep insights, and without expecting it Tolstoy began work on "a novel about private life in the modern era."

In 1873, Tolstoy accidentally came across a volume of Pushkin's Tales of Belkin. He read and reread it, and was especially inspired by the unfinished fragment: "The guests are arriving at the cottage". It describes the beginning of a high-society opera evening when suddenly one fine lady named Volskaya shows up, attracting everyone's attention. "She is terribly fickle," the crowd whispered of her, in reference to her adultery.

Tolstoy was thrilled that Pushkin "gets straight to the point," immediately bringing the reader into the thick of things, and so he decided to experiment with a similar form. Tolstoy rapidly managed to come up with the outline of an entire novel. If Pushkin's fragment begins "The guests are arriving at the cottage", Tolstoy's novel introduces the reader with a short phrase - "Everything was mixed up in the Oblonsky house."

In one of the multiple drafts of Karenina' Tolstoy also started with a description of a high-society evening and a rumor of one lady's adultery. Eventually he decided not to begin with a winning ‘novel’ opening, but rather, with an ordinary scene in the Oblonsky family. It is a sideline of the novel, but "reflects life in its banality," as Basinsky notes. 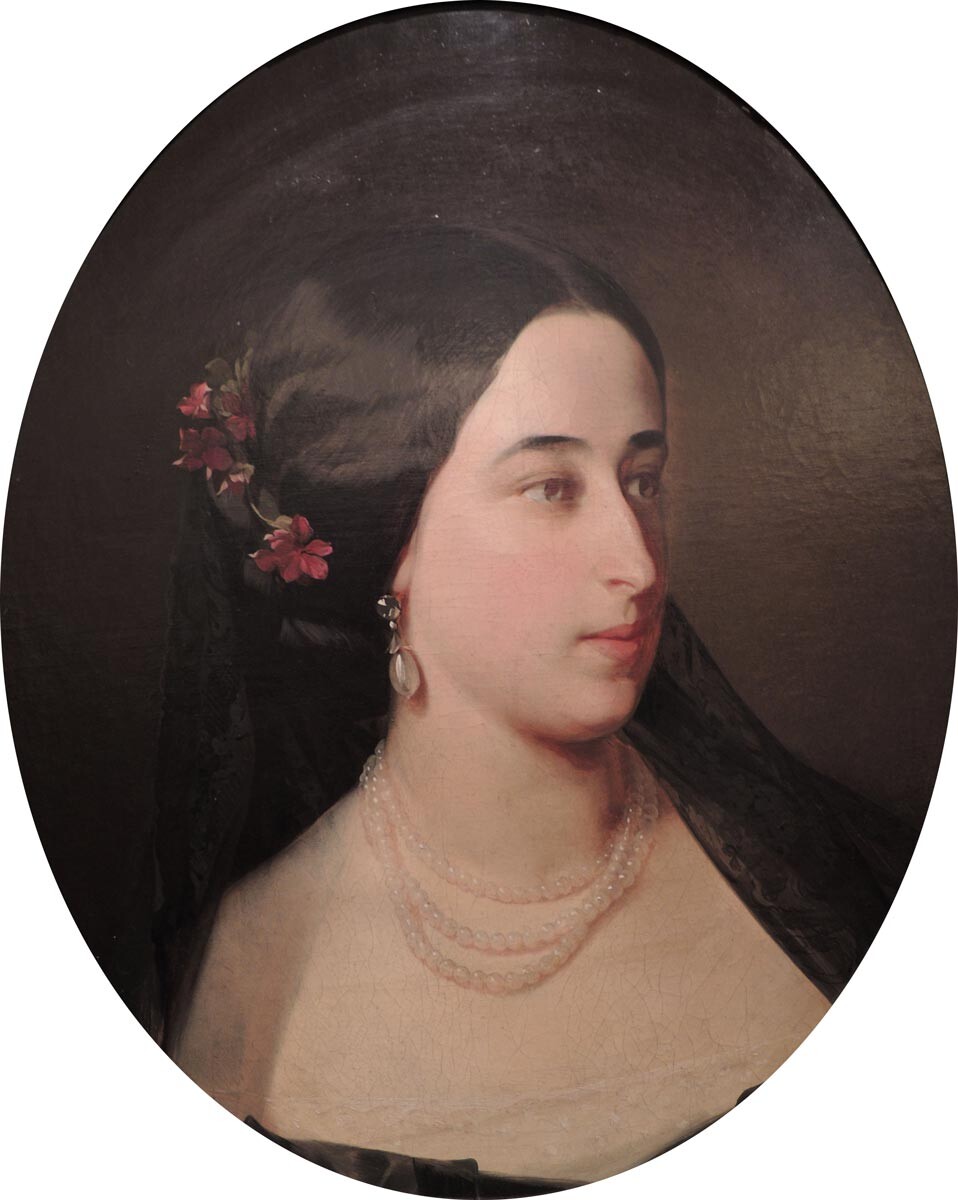 By the way, the image of Karenina was inspired by Pushkin's eldest daughter, the beautiful fine lady Maria Gartung, who Tolstoy once met and was very impressed by.

Gustave Flaubert wrote his novel 20 years before Anna Karenina saw the light of day. Although there is no direct evidence that Tolstoy read Madame Bovary, the plot is painfully familiar: a wife cheated on her virtuous husband and then committed suicide (Bovary poisoned herself).

Basinsky believes that Tolstoy intentionally doesn’t mention his acquaintance with Flaubert's novel. In interviews and letters he referred to the author's other works, and talking to French journalists he called Flaubert a great master. Karenina is also quiet about Flaubert - though in her conversation with Levin she mentions that she read Emile Zola and Alphonse Daudet. As a fine lady, Anna would most certainly have read such a fashionable author as Flaubert, so Basinsky believes that Tolstoy stands behind Karenina's silence in the novel. 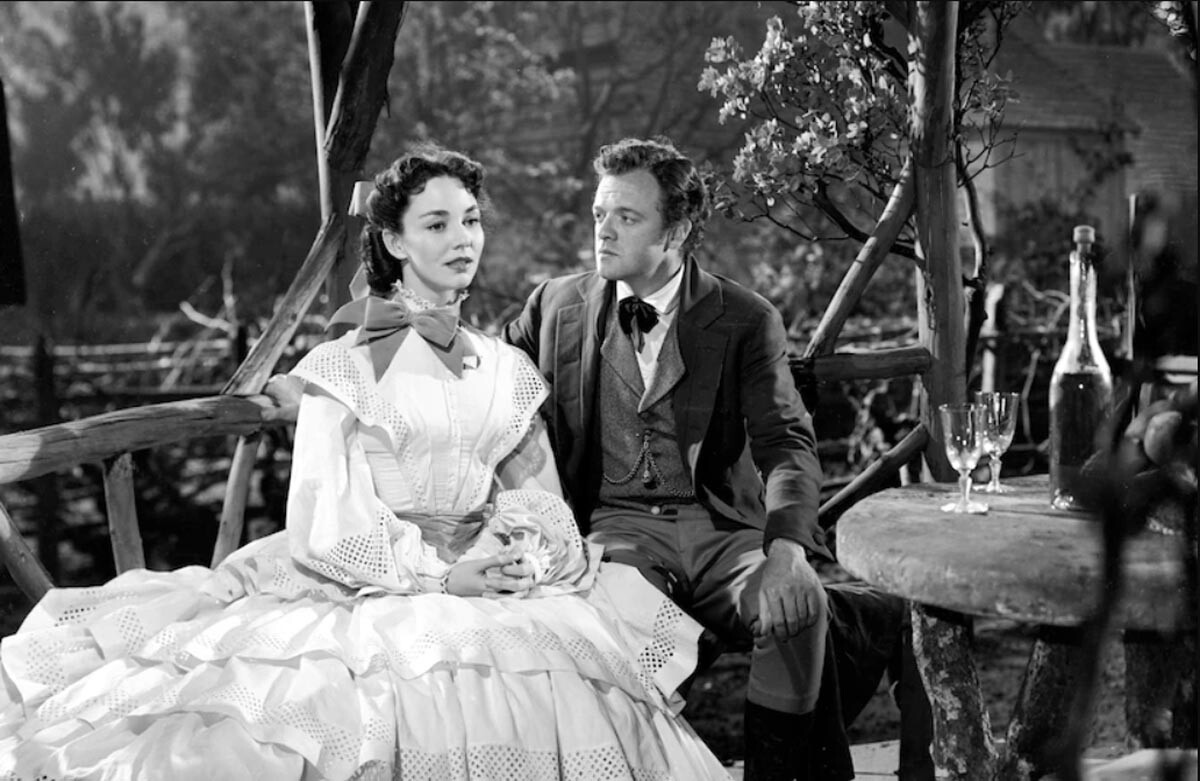 A still from 'Madame Bovary' movie

Tolstoy indirectly gives an answer to the possibility of plagiarism in his discussion of French literature: "I don't share the idea of a Stendhal - Balzac - Flaubert succession. Geniuses don't grow from each other: genius is always born independent.”

Basinsky also explores the figures of Anna Karenina and Emma Bovary in detail, and finds them to be almost opposites. Anna is a socialite who drives men crazy, while Emma only dreams of being one. Anne is “the typhoon that carries others away and destroys them,” while Emma is a helpless victim of her dream to find a big, beautiful love.

3. Konstantin Levin’s prototype is Tolstoy himself 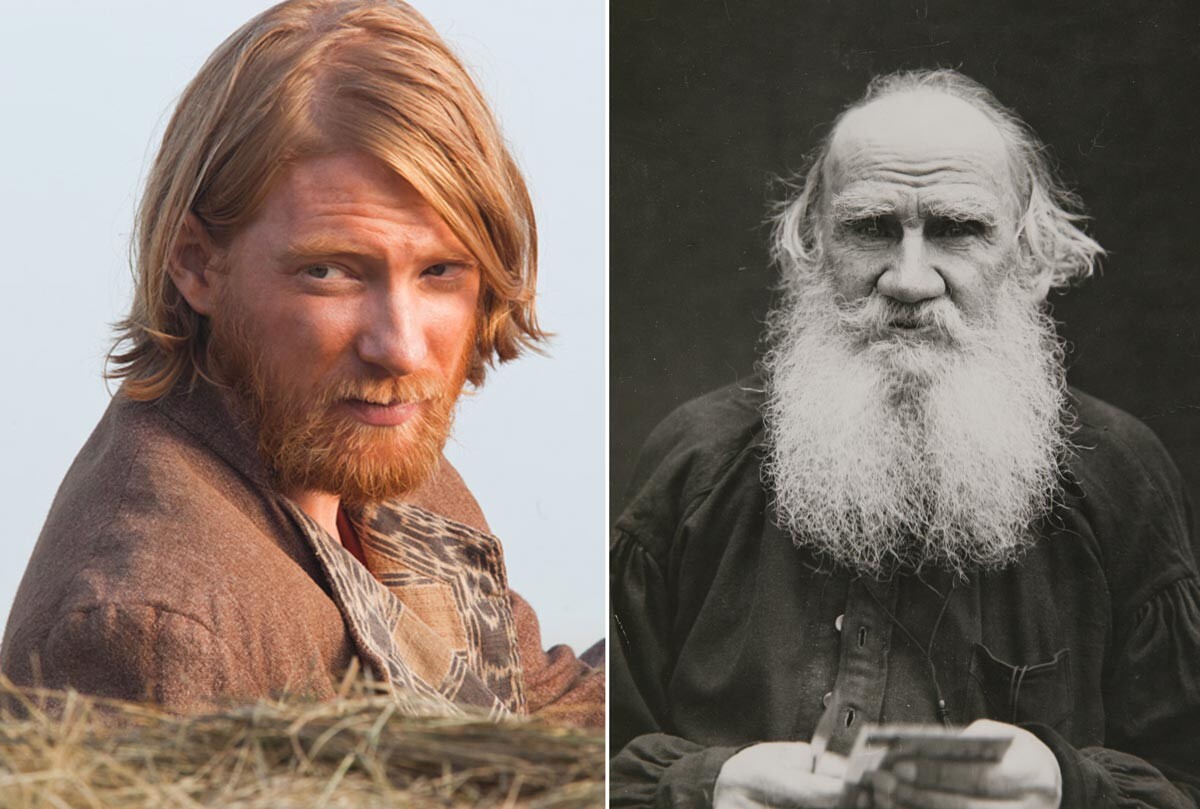 The first draft of the "very high-society" novel didn't contain a Kitty & Levin plot line; yet, this is another realistic, ‘unromantic’ life story, for which the novel is much appreciated. Perhaps Konstantin Levin is the only character who has one and the same exact prototype - the author himself. The unsuccessful matchmaking, the work in the field, and the certain "wild" character of Levin - all these are definitely features of Tolstoy's personality and biography.

After Anna's suicide, when by all standards the novel should have been over, Tolstoy continues and tells us about Levin's rural life. More often than not, all numerous film adaptations break off at this point, and even Tolstoy's publisher didn’t want to print this part.

The novel was published in parts in Russky Vestnik magazine, and the finale could not be printed for political reasons: Levin speaks negatively about the Russians who volunteered in the Serbo-Turkish War of 1876-1877 (where Vronsky goes in despair after Anna's death). Everyone understood that these were the thoughts of the pacifist Tolstoy.

In explaining the decision to readers, the publisher made a note: "In the previous book, under the novel Anna Karenina was stated: 'The ending follows.' But with the death of the heroine the novel actually ended."

"Tolstoy was furious! For him the story of Levin and Kitty was far more important than the Karenina and Vronsky line, because it was HIS story," writes Basinsky. Later, the novel was published in its full version as a separate book.

4. Tolstoy borrowed the famous train scene from the real life 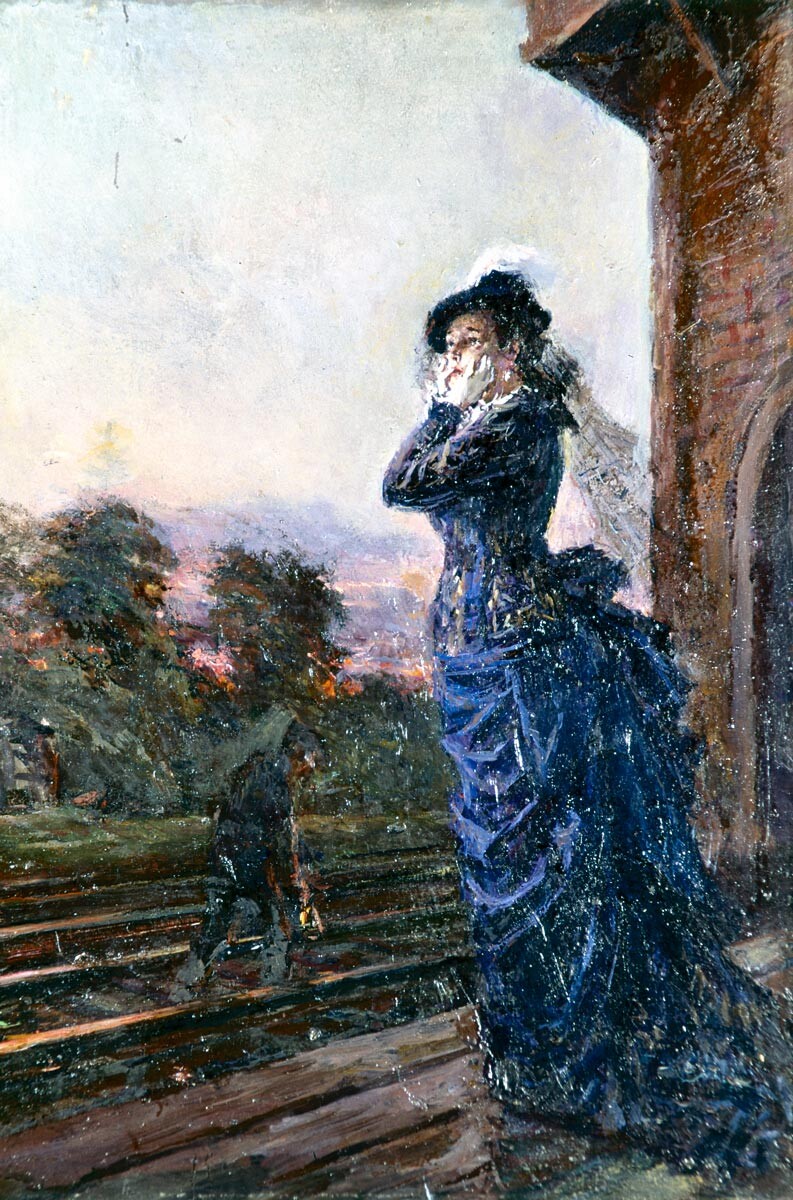 In Russian literature, female characters 'preferred' to drown themselves rather than throw themselves under a train. "Tolstoy couldn't come up with such a scene himself. It was too radical for those times," says Basinsky. So where does this plot twist come from?

Not far from Tolstoy's family estate, Yasnaya Polyana, there is a cemetery where the writer's relatives are buried. There is also an abandoned gravestone of someone named Anna Pirogova. Aged 32, this unmarried girl threw herself under a train, getting her revenge against her lover and Tolstoy's neighbor landlord, A.N. Bibikov.

She served as housekeeper for Bibikov and they had an affair. However, he proposed to another woman. There is a note about this tragic event in the diary of Tolstoy's wife, Sophia Andreevna. According to Basinsky, the writer even attended the autopsy of Pirogova’s body in the anatomical theater and was deeply touched (as in the novel Vronsky by the sight of the dead Anna).

By the way, in one of the novel's drafts, Karenina's body was found in the river. "None of the [suicide] options is as heartbreaking as the scene where a young, beautiful woman allows a giant, multi-tonne machine crush her," Basinsky writes. Subsequently, her death became a cult scene in theater and film - played by such stars as Greta Garbo, Vivien Leigh, Sophie Marceau, Keira Knightley and many others. For an actress, it is like Hamlet's monologue "To be or not to be", Basinsky believes.