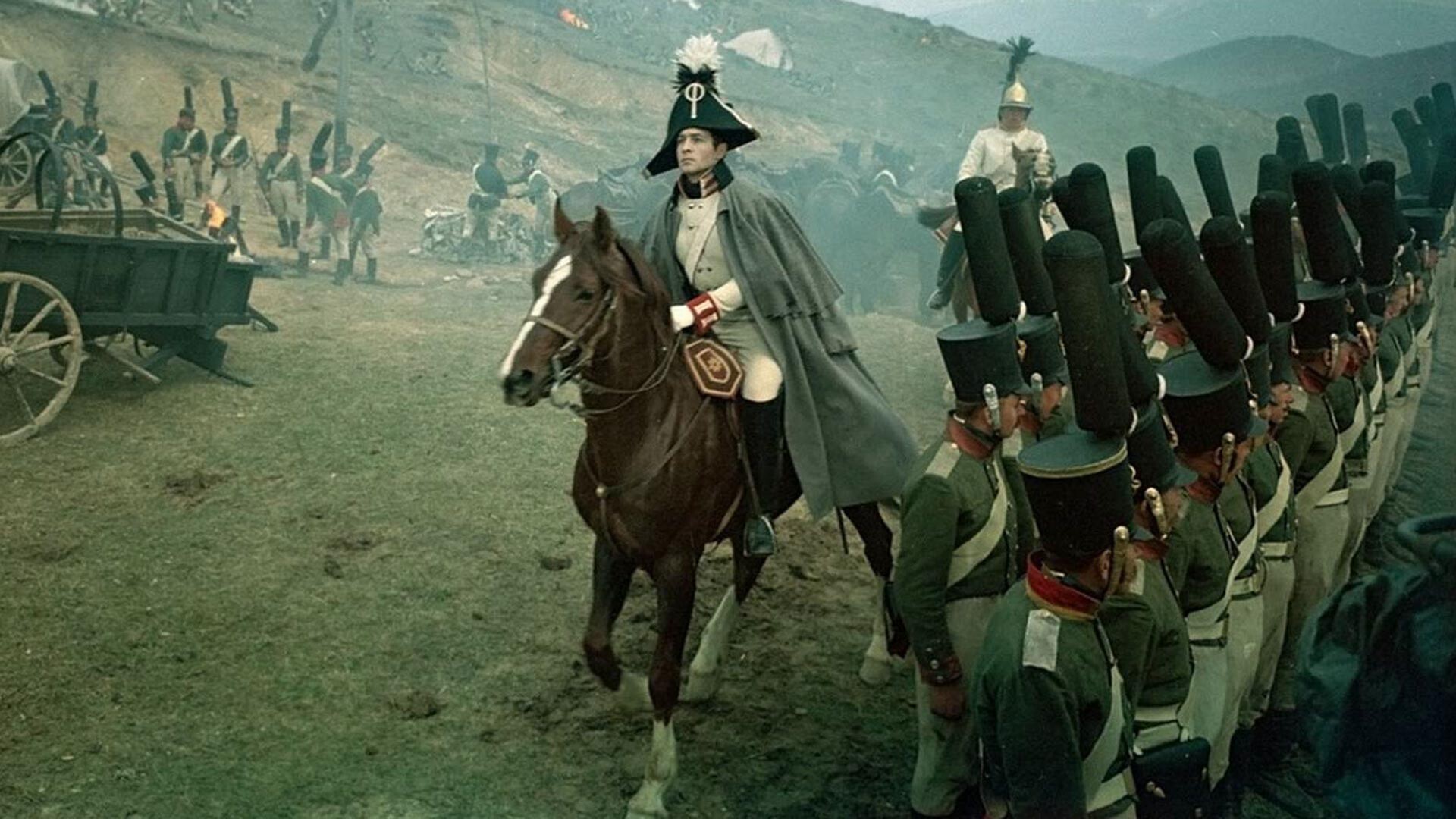 Sergei Bondarchuk/Mosfilm, 1967
The rough realities of Russia’s medieval period, the greatness and downfall of the Russian Empire, the tragedy of the Civil War and the heroism of Soviet resistance against Nazi Germany. These movies provide an exhaustive window into all of the above. 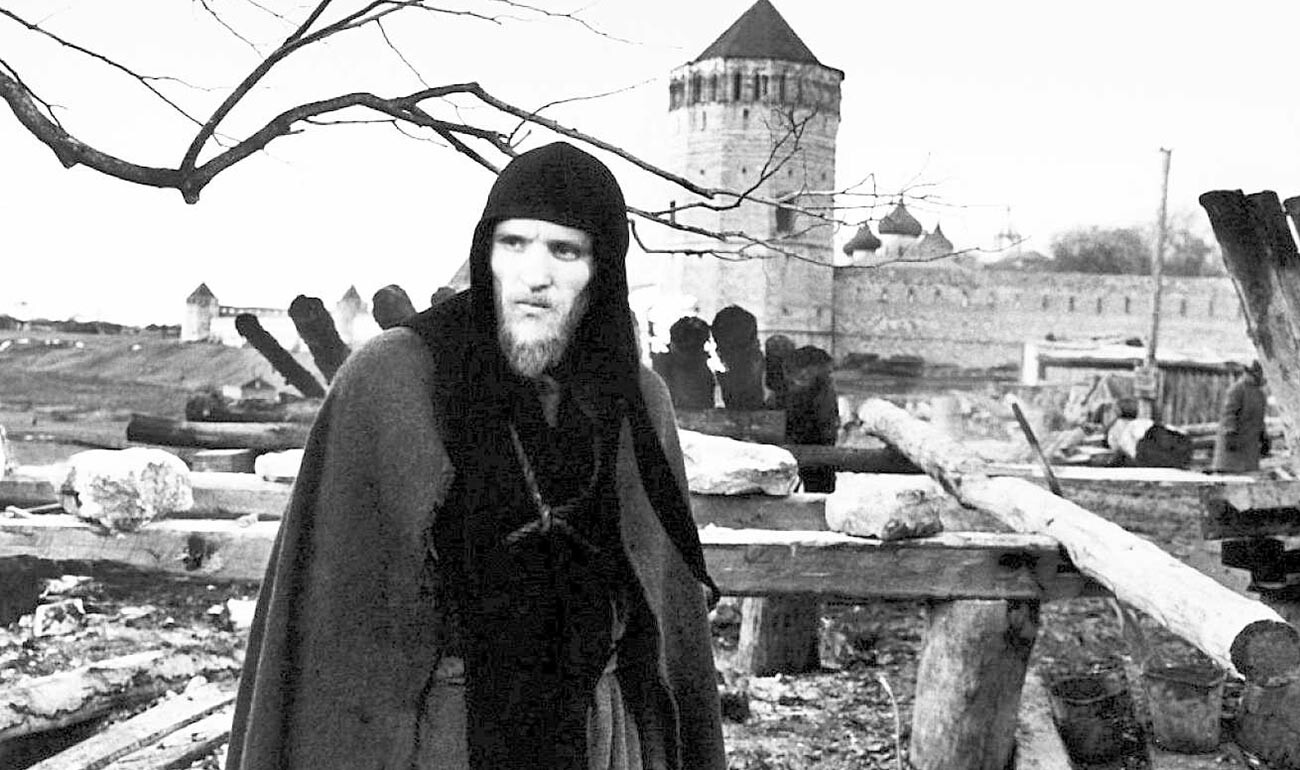 Andrey Tarkovsky’s cult movie is dedicated to the great Russian medieval icon painter. Precious little is known about Rublev and his image is almost entirely shrouded in mystery and reconstructed through fictional retelling. Meanwhile, writers attempted to portray as accurately as possible the features of public and religious life of 15th century Rus’, with its conflicting principalities and destructive punitive Mongol attacks.

Tarkovsky researched one of the most difficult periods in the history of Old Rus’. The Mongol-Tatar yoke managed to almost set it back 100 years in progress, destroying many crafts, striking terror into the hearts of local populations and nearly bringing an end to Russia. The movie depicts a turning point in the consciousness of the Russian people, which would later become known as “the Russian renaissance.”

An important role in religious revival was played by scholar monks of Saint Sergiy Radonezhsky, very prominent in the Rus’. Andrey Rublev was one of those monks.

The story tells of Rublev’s vow of silence, which he had kept for years, only breaking it in the final minutes of the movie. In the role of the icon painter is Anatoly Solonitsin, who went full-method for the role, staying silent for four whole months - all so that the long-awaited moment of his first spoken words in years sounded authentic, with his voice achieving an authentic hoarse quality. 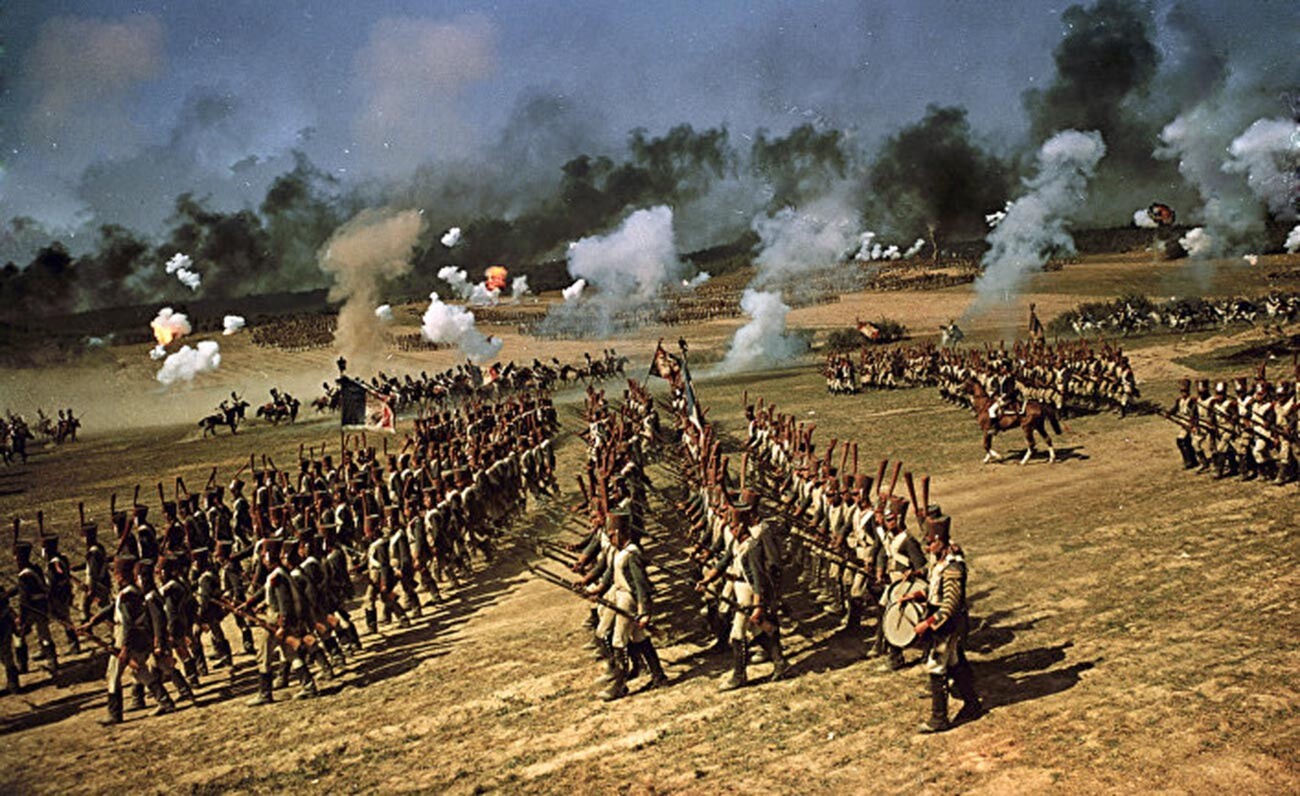 Sergey Bondarchuk’s epic in four parts, based on Leo Tolstoy’s iconic novel, is one of the largest-scale projects in Soviet cinema. In 1969, ‘War and Peace’ won the Oscar for Best International Feature Film.

A total of 58 Soviet museums and 40 industrial enterprises took part in production. They made some 9,000 authentic costumes, as well as exact copies of weapons and military awards from the Napoleonic wars. And 50 large-scale scenes and eight bridges were built.

The massive fighting outside Austerlitz and at Borodino were shot using 15,000 soldiers of the Soviet Army, 23 tons of explosives and 40,000 liters of kerosene, as well as 15,000 smoke grenades, 2,000 sabers and 1,500 shells. A special separate cavalry regiment - the 11th - was formed, numbering 950 sabers. It would be featured in dozens more movies, before being disbanded in 2002. 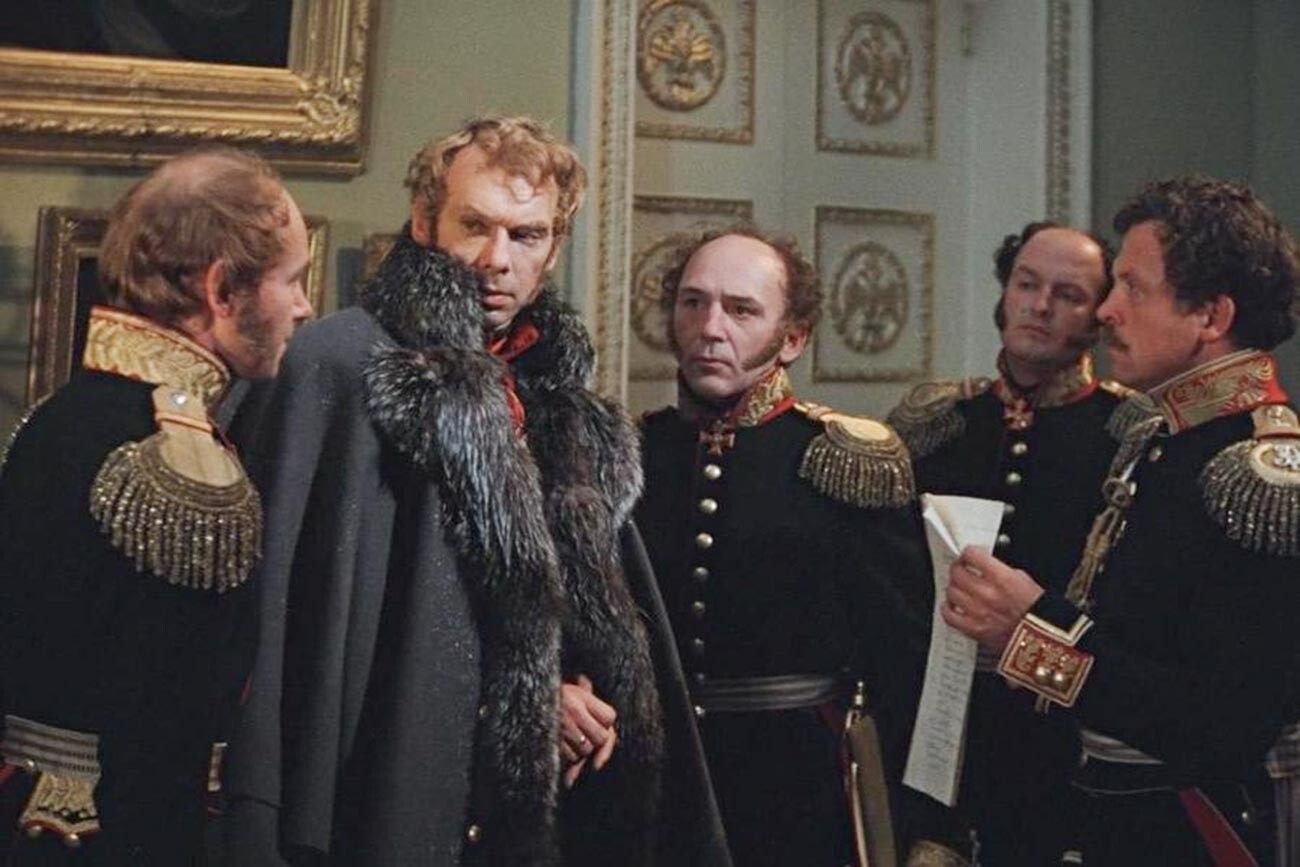 On December 26, 1825, the capital of the Russian Empire, St. Petersburg, witnessed the rebellion of nobles against tsarist rule. The conspirators, who would later be known as the Decemberists, aimed not only to prevent the Grand Duke Nikolay - brother to the deceased Alexander I - ascending the throne, but to entirely abolish autocracy, set up a Constitution and end serfdom.

After crushing the rebellion and executing several Decemberists, the 120 remaining were sent to do hard labor or exiled to remote settlements in Siberia. The wives of many of them would voluntarily follow their husbands. ‘The Captivating Star of Happiness’ explores these events.

“I wondered about what would force this frail young woman to travel to these inhospitable places,” remembered actress Irina Kupchenko, who played the wife of prince Sergey Trubetskoy, Ekaterina. “She leaves it all behind and crosses the entire country to be with her husband… These women never thought of themselves as heroes. They simply went by the oath they gave - to stand by their husbands through joy and sorrow. Perhaps, the feeling of accountability for the fate of the country begins with accountability [loyalty] to a single person…” 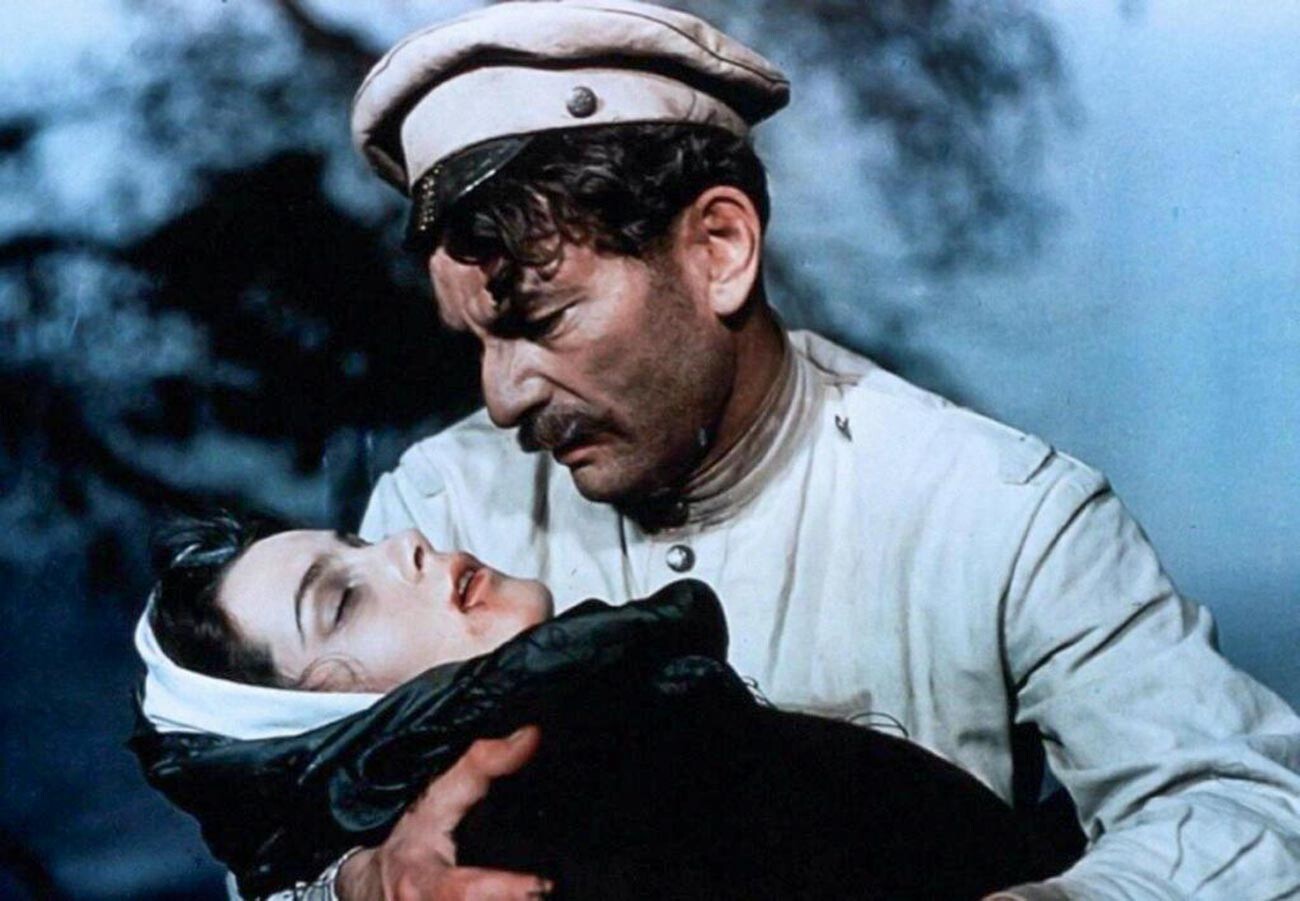 This three-part epic is based on Mikhail Sholokhov’s novel of the same name, for which he received a Nobel prize in 1965. It tells the tragic story of the Don Cossacks, which had found themselves at the epicenter of the Civil War in the ruins of the Russian Empire.

The sheer gravity of the confusion and feeling of loss that people were experiencing then is demonstrated in ‘Quiet Don’ through the eyes of the main protagonist, Gregory Melekhov. Unable to make up his mind about which side is more just, he finds himself switching from one camp to another - from the Reds to the Whites and back again. In the end, he begins to understand that nothing good will come of this constant switching. 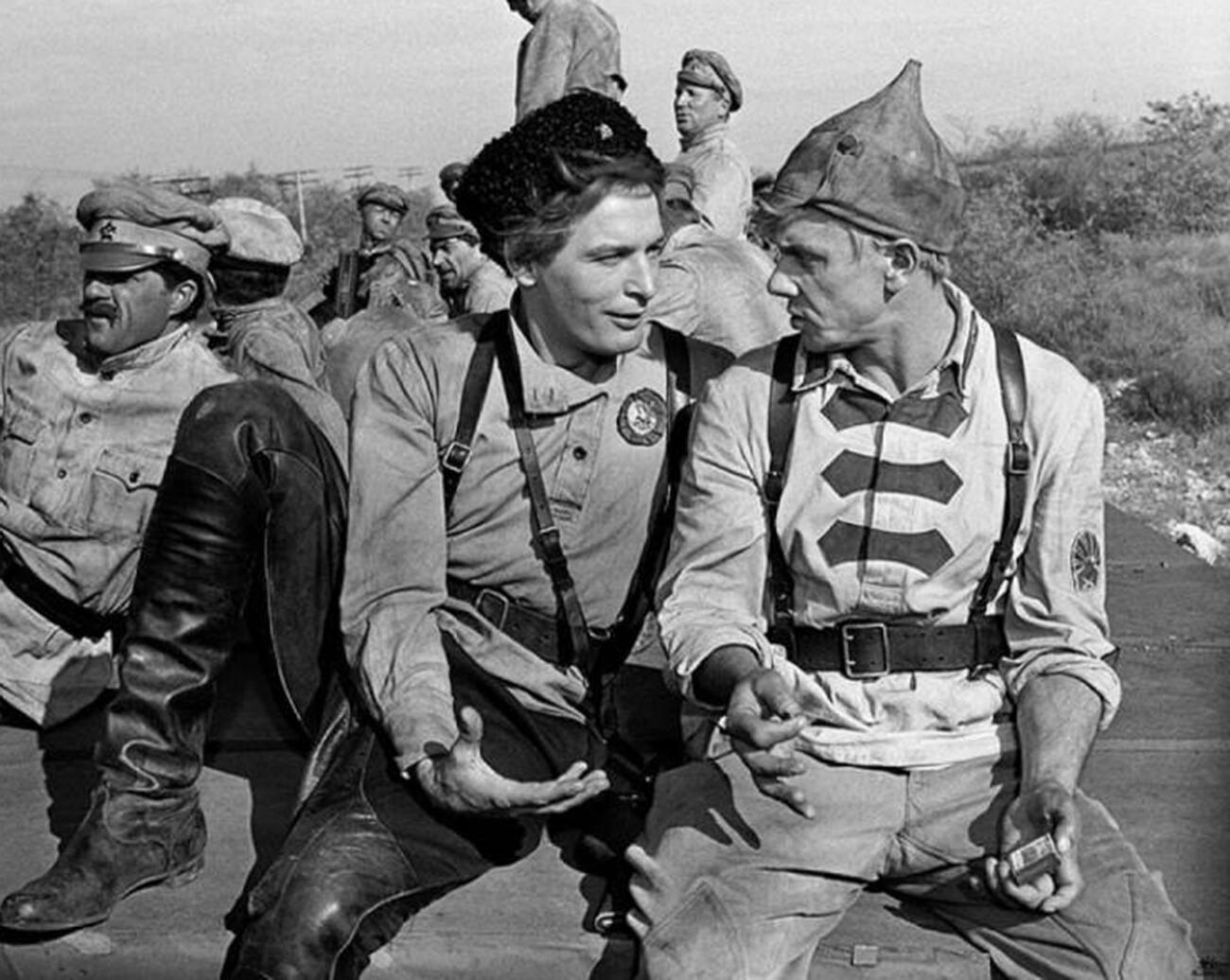 ‘Officers’ tells the story of friendship between two Red Army, who managed to preserve it over the course of four decades. Fate flung them across the world - from hot Central Asia, where they battled local pockets of White resistance in the Civil War - the Basmachi, to China, where they weathered the storm of the Japanese offense and, finally, to the front lines of the Great Patriotic War against Nazi Germany.

Georgy Yumatov, who performed the lead role of Aleksey Trofimov, was no stranger to war himself. He participated in the battle for Crimea, the sieges of Bucharest and Budapest and the storming of Vienna. In one of the scenes in the movie, after Aleksey’s return from Spain, where the Soviet specialist soldiers had fought on the side of the Republic, his wife notices the remains of a wound on his back. This was a genuine wound, which Yumatov received during World War II.

‘Officers’ became one of the cult movies of Soviet cinema, rallying young people to join the ranks of the Soviet Army. One of the lines uttered in the movie subsequently became a catchphrase: “There is such a profession - defending the Motherland.”