10 facts about film director Andrei Tarkovsky that you should know 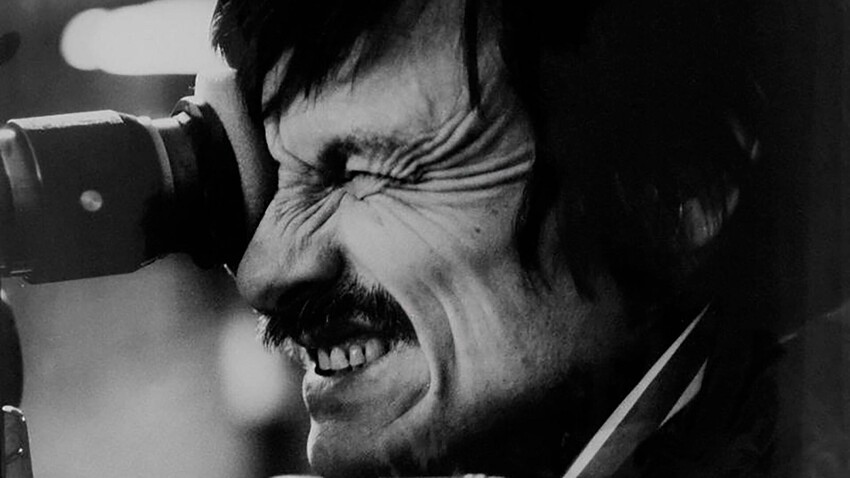 Igor Gnevashev/MAMM/MDF/russiainphoto.ru
He is the most influential Russian cinema genius after Sergei Eisenstein, and his films are regularly listed among the best in cinema history. From Christopher Nolan and Guillermo del Toro, to Krzysztof Keslevsky and Lars von Trier, many leading people in cinema have admitted their love for Tarkovsky.

1. A leading figure of the Soviet ‘new wave’ 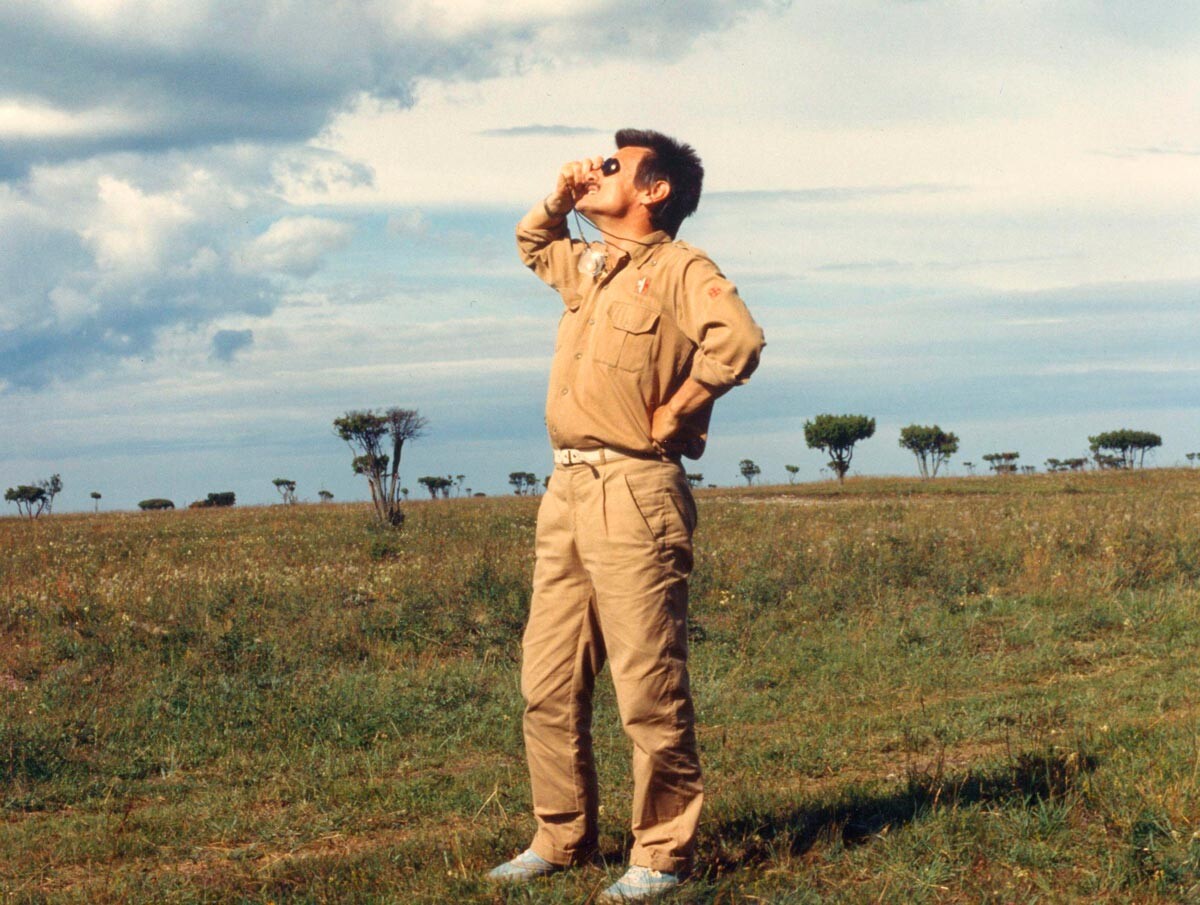 During the "Thaw" in the USSR after Stalin's death, public and political life was liberalized, and it became possible for people in the world of cinema to express themselves creatively. A whole galaxy of directors, referred to as the Soviet New Wave, appeared. All of them were graduates of VGIK (the Gerasimov Institute of Cinematography) - the world's first film school, and all of them felt they belonged to the world cinema scene.

Tarkovsky was not only the most famous representative of this New Wave, but also the most extraordinary. He created his own visual style, and his persistent religious and moral search was extremely unusual for Soviet cinema. His tombstone at St. Geneviève de Bois Cemetery outside of Paris bears the inscription: "To the man who saw an angel."

2. Son of a renowned poet 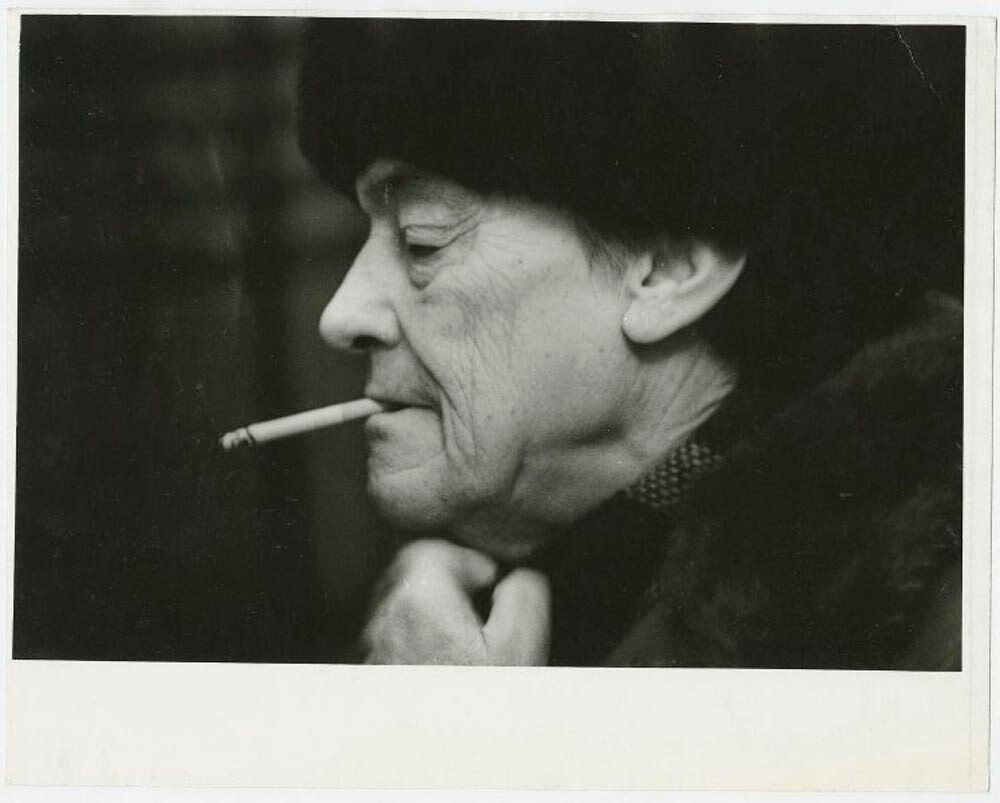 For a long time known as a translator of Asian poetry, Arseny Tarkovsky was only able to publish his own poems at the age of 55. Today he is considered one of the greatest post-war poets. Tarkovsky Sr. had a difficult relationship with his son because he left the family when Andrei was a child. The director's main masterpiece, "The Mirror" (1974), was actually based on those childhood memories.

Nevertheless, Andrei Tarkovsky appreciated his father's poetic gift and used his poems in three of his films. One, "So Summer Is Gone", was set to music and became a hit during Perestroika. In the film "Stalker", this poem is read by the main character played by actor Alexander Kaidanovsky.

3. The first Soviet director to win at the Venice Film Festival 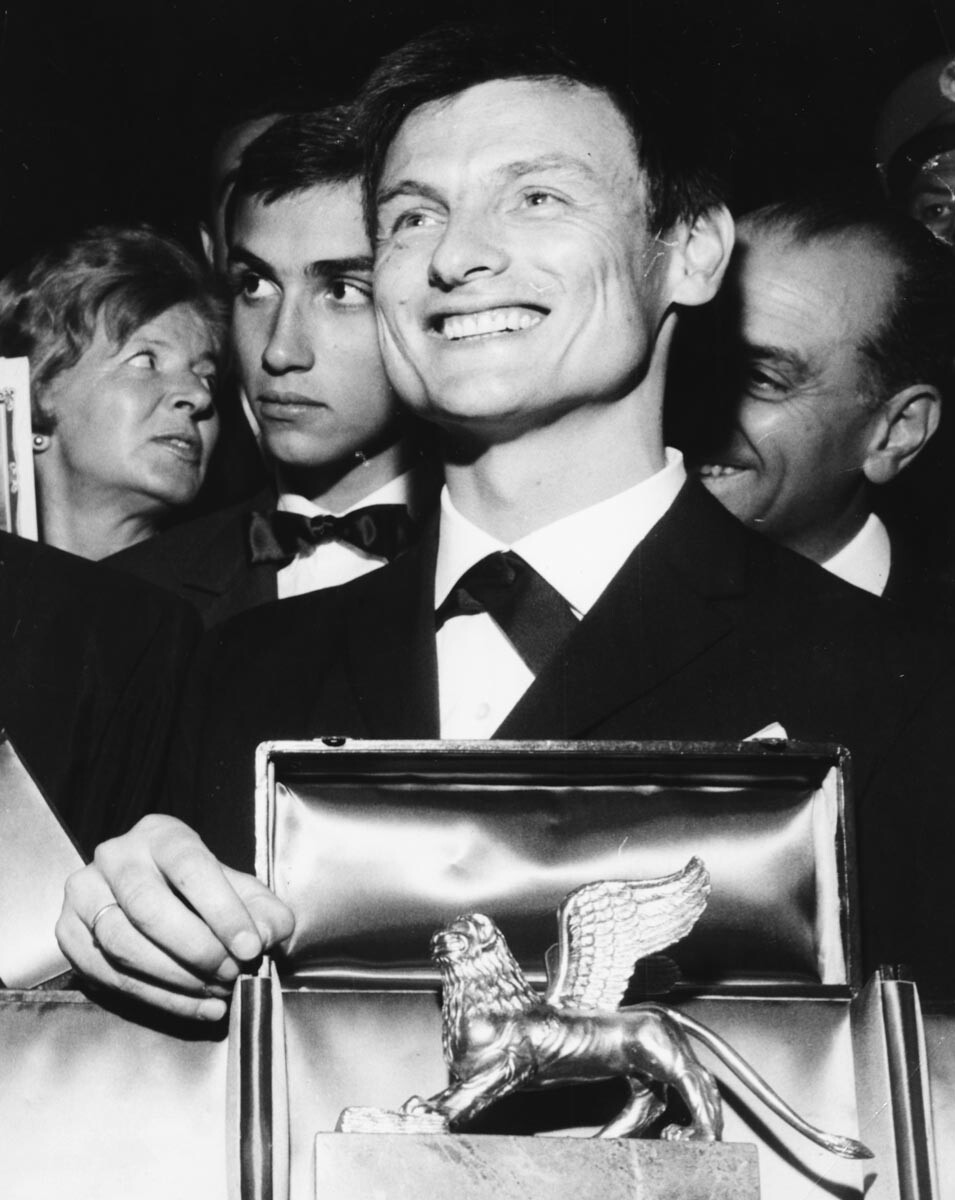 Andrei Tarkovsky with the Golden Lion of the Venice Film Festival, 1962

Tarkovsky became world famous at age 30, when he won the "Golden Lion" at the Venice Film Festival for his 1962 film, "Ivan's Childhood". This is a war drama about a boy who became a scout and it was started by another director, but he failed. Tarkovsky and his co-writer reworked the script and made a completely new film.

Ironically, the Golden Lion at Venice remained the most prominent award in his life - Soviet officials prevented his films from ever again participating in festival competitions.

4. Victim of the Soviet system and proof of its uniqueness 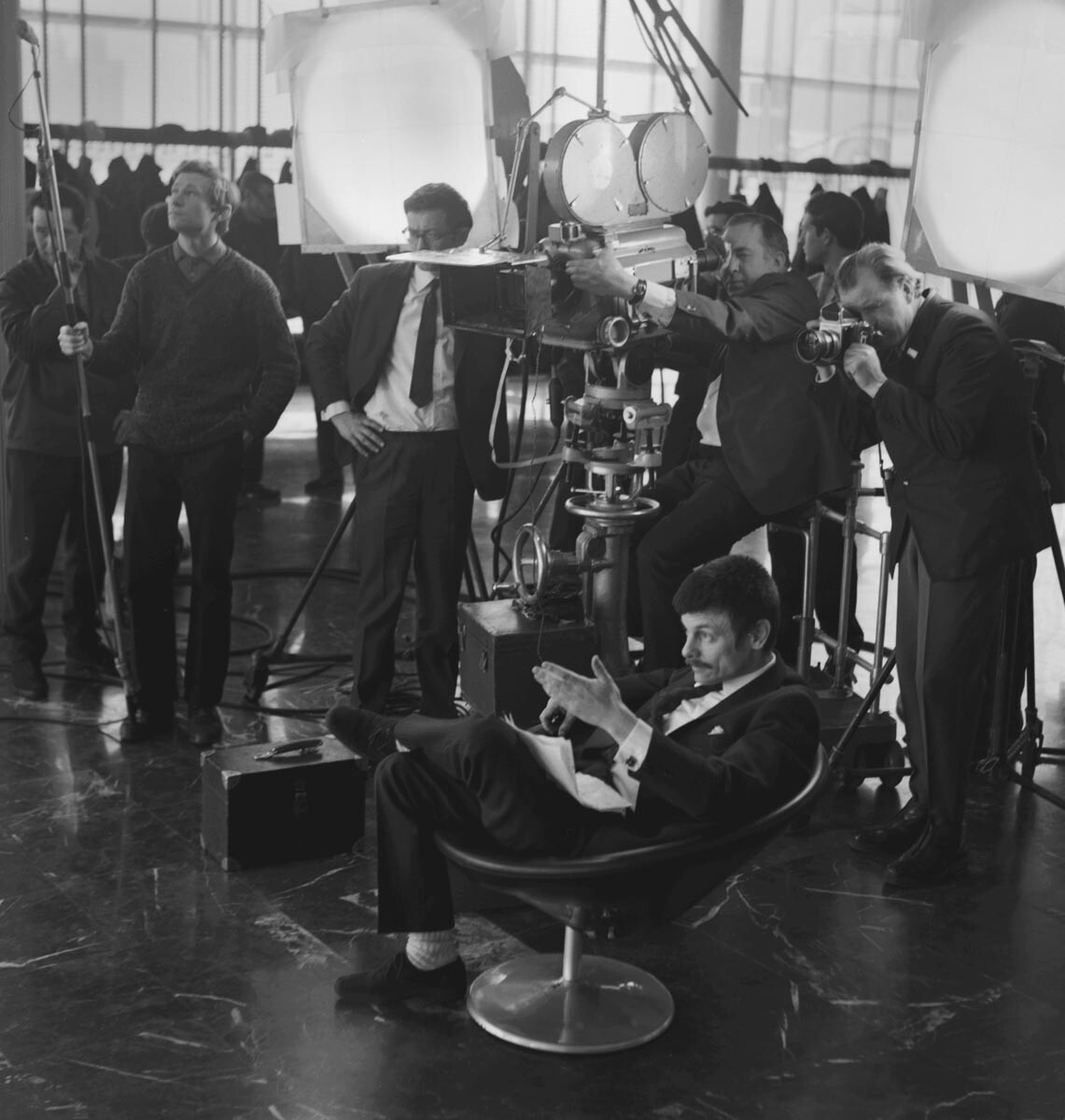 The director's entire creative life was a struggle against censorship. His scripts were banned, and his work was strongly revised and often ended up forgotten on shelves. Over a career spanning more than 20 years in the Soviet Union, Tarkovsky directed only six feature-length films. Eventually he emigrated, but only managed to shoot "Sacrifice" (1986) abroad. He died of lung cancer in Paris at the age of 54.

At the same time, strangely enough, he was allowed to do more than everyone else. Even state officials couldn't completely ignore his talent. After the success of "Ivanov's Childhood", Tarkovsky was allowed to shoot "Andrei Rublev" (1966) about the great medieval Russian icon painter - an expensive, large-scale film with obscure commercial prospects. Due to technical defects and a creative crisis, the shooting of "Stalker" failed twice, but in an unprecedented move Tarkovsky was granted a generous budget from the state for the third attempt (the film was released in 1979).

5. He believed in the paranormal 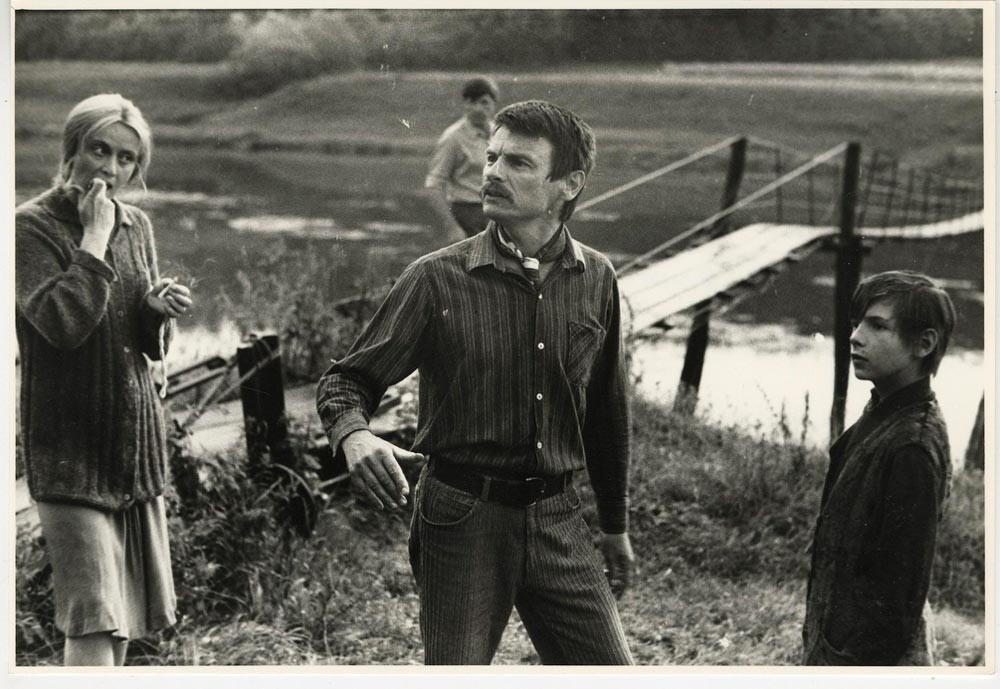 When he was young, Tarkovsky got involved with a bad crowd, so his mother arranged for a year-long geological expedition. One winter night, while sleeping in a hut, he heard a mysterious voice twice ordering him to go outside. As soon as Tarkovsky obeyed, an old pine tree fell on his hut and smashed it to pieces. After that the director believed in signs and omens, and became interested in all things paranormal. He communicated with psychics, and the subject of hypnosis and extrasensory perception was raised in his films several times. 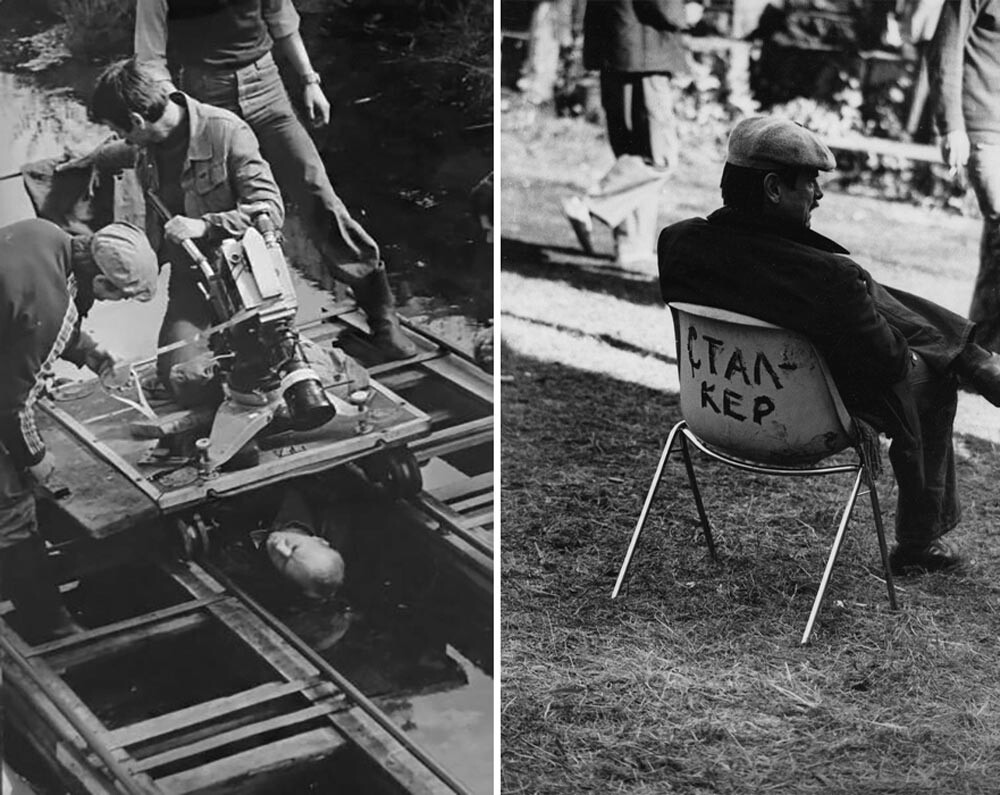 Andrei Tarkovsky and Alexander Kaidanovsky at the 'Stalker' shooting, 1978

Tarkovsky's film "Solaris" (1972) is now considered a classic of science fiction. However, the Polish writer Stanislaw Lem, who created the oceanic planet Solaris, reacted negatively to the film because the emphasis was shifted. "Tarkovsky filmed not 'Solaris' but 'Crime and Punishment’," he said. At the same time, it is indisputable that the film helped popularize the book: James Cameron long dreamed of making his own version, and Steven Soderbergh eventually made it.

In "Stalker", Tarkovsky drifted even further away from the original source, which was the novel "Roadside Picnic'', by the Strugatsky brothers. But the famous Soviet sci-fi writers weren't offended and wrote many script versions themselves. In 2016, they tried to launch a TV series in the U.S. that was closer to the original text, but the project was shut down after the pilot episode. In 2021, a 12-episode anime series, called “Otherside Picnic,” inspired by the Russian novel, was released in Japan.

7. He had a brusque and complicated personality 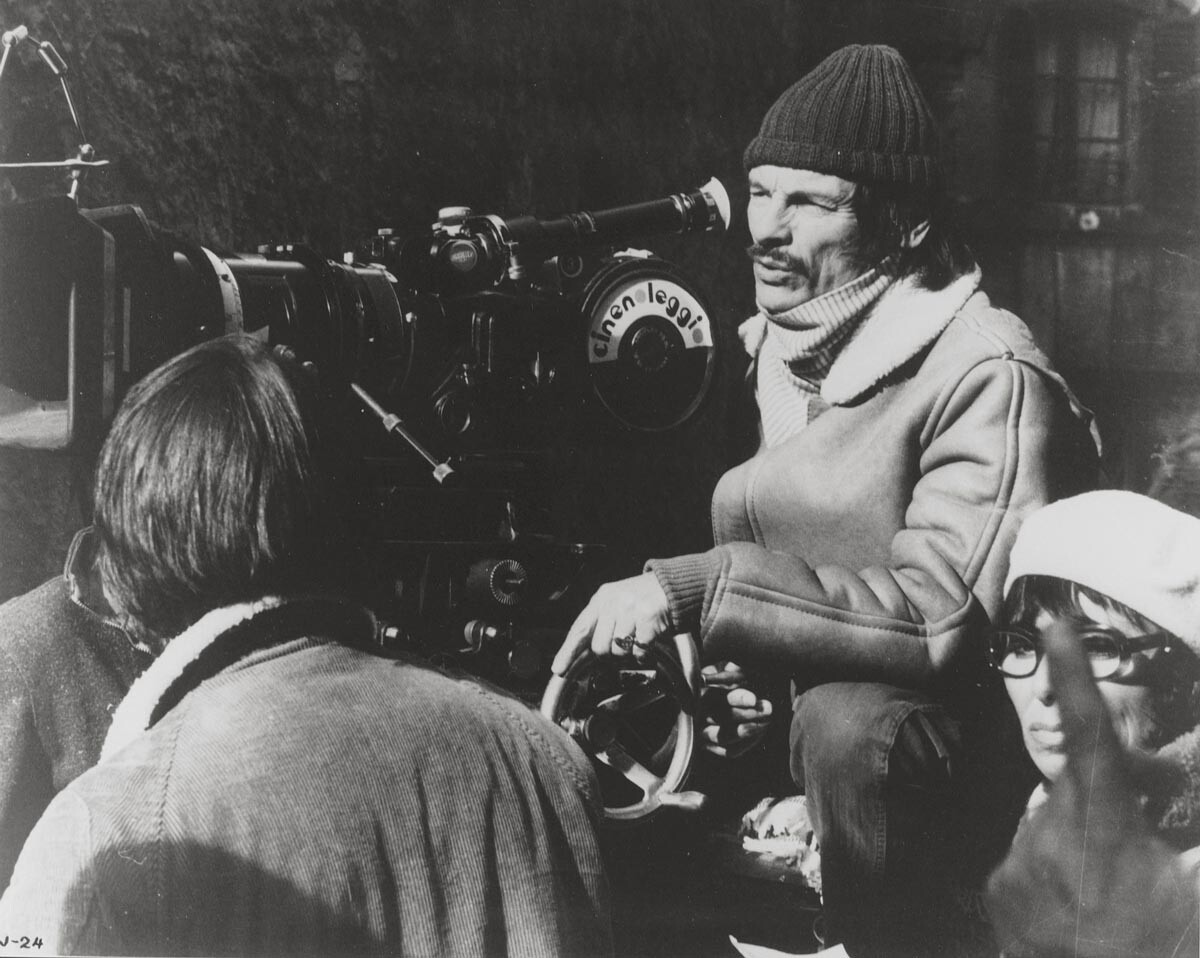 Tarkovsky was very demanding of himself and those around him, especially his colleagues. His diary is full of derogatory feedback about the work of Soviet and international directors, even Stanley Kubrick and Woody Allen. He didn't hesitate to say many things in person. When Lars von Trier, a fan of Tarkovsky, showed him "Element of Crime," the Soviet director called it "total sh*t" without even wincing.

8. He adored Bergman and made a film with his team 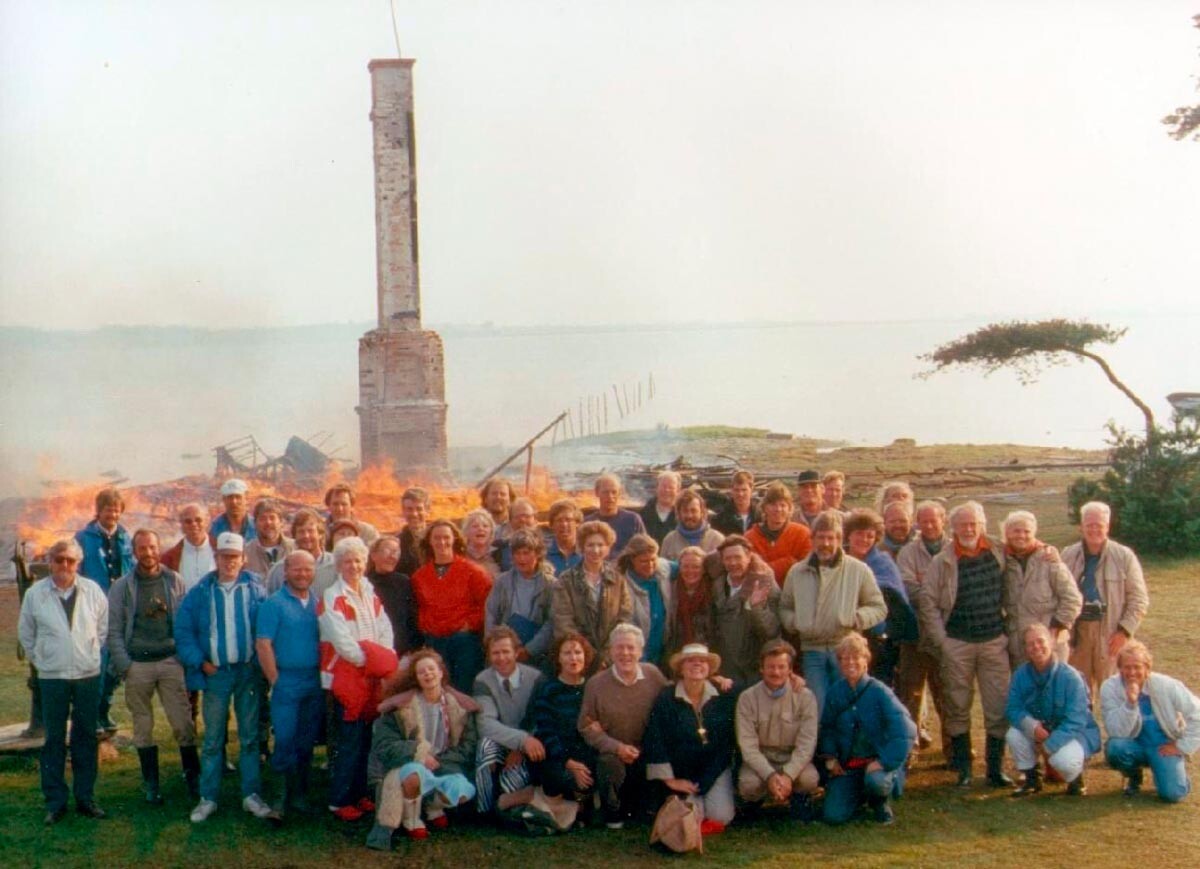 A photo from the 'Sacrifice' movie set

Ingmar Bergman was Tarkovsky's idol, and the feeling of admiration and respect was mutual. The Swedish film legend once called the Russian director “the greatest master of cinema”. Working on his last masterpiece, “Sacrifice,” Tarkovsky hired Bergman's entire team - from the lead actor, Erland Jozefson, to the office administrator. He even wanted to shoot on the island of Faure, where Bergman lived and made films, but because of a nearby military base he didn't receive permission, and chose the neighboring island of Gotland.

Most surprising is that Bergman and Tarkovsky never met in person. However, they attended the same event at the House of Cinema in Stockholm, but they missed each other.

9. Every great Russian director is tipped to be Tarkovsky's successor 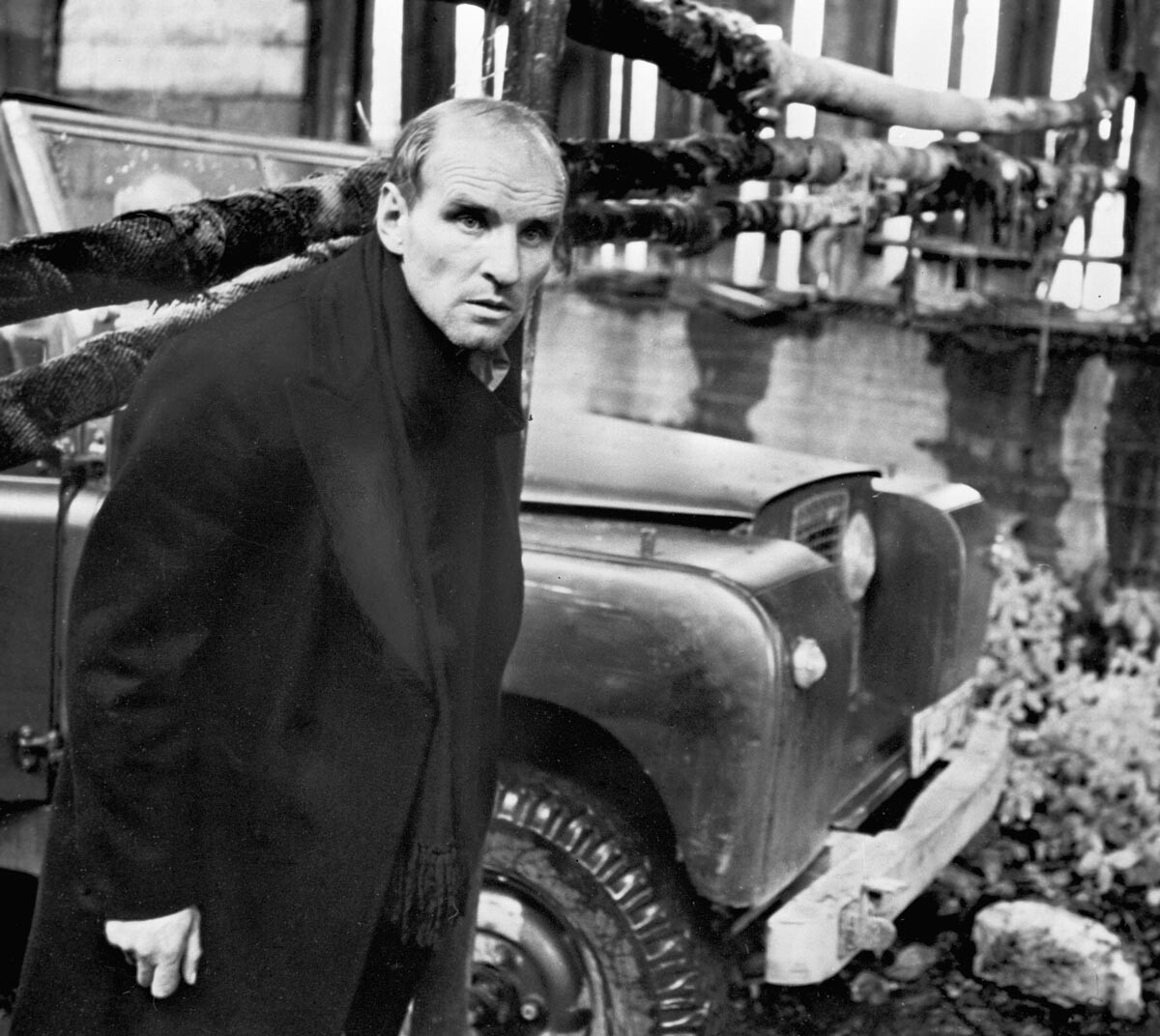 Tarkovsky's style is impossible to confuse: his long, lingering shots resemble dreams. The Oxford Dictionary even introduced the word “tarkovskian”, which means "something in the spirit of Tarkovsky." Indeed, many directors around the world are trying to emulate his cinematic language. Including Russians, for sure. Only the "Stalker" gave birth to at least two directors who were close in spirit and style to Tarkovsky: Alexander Kaidanovsky (he played Stalker) and Konstantin Lopushansky (he was an intern on the film).

At the same time, ‘Tarkovsky's successor’ is a passing title 'awarded' to every new star of Russian art house cinema, regardless of whether or not there is an actual succession. Both Alexander Sokurov and Andrei Zvyagintsev have been referred to in this way... And, by the way, they both won awards at the Venice Film Festival.

10. A big influence on anime and video games

A series of survival horror games by the same name were created based on "Stalker." Japanese game designer Hideo Kojima, author of "Metal Gear" and "Death Stranding," many times mentioned that they were inspired by Tarkovsky. In addition, Mamoru Oshii, the creator of the "Ghost in the Shell" anime franchise, remains a fan of the director, and his feature film “Avalon” was particularly tarkovskian. Two anime series, "Moonlight Mile" and "Blue Dragon: Tenkai no Shichi Ryuu," have characters with the last name Tarkovsky.