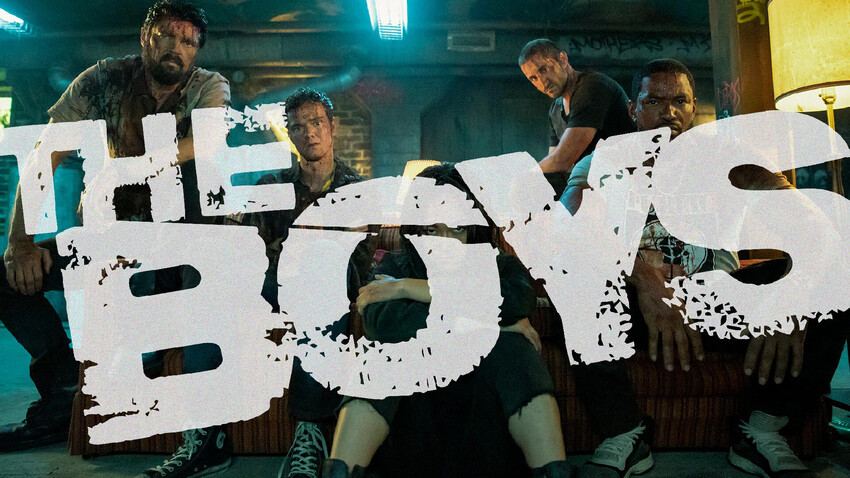 Amazon Studios
In Season 3, there is a new character called Soldier Boy, reminiscent of Captain America. The allusions to Marvel’s most famous superhero, created during World War II, are, of course, impossible without Russia and the Russians. 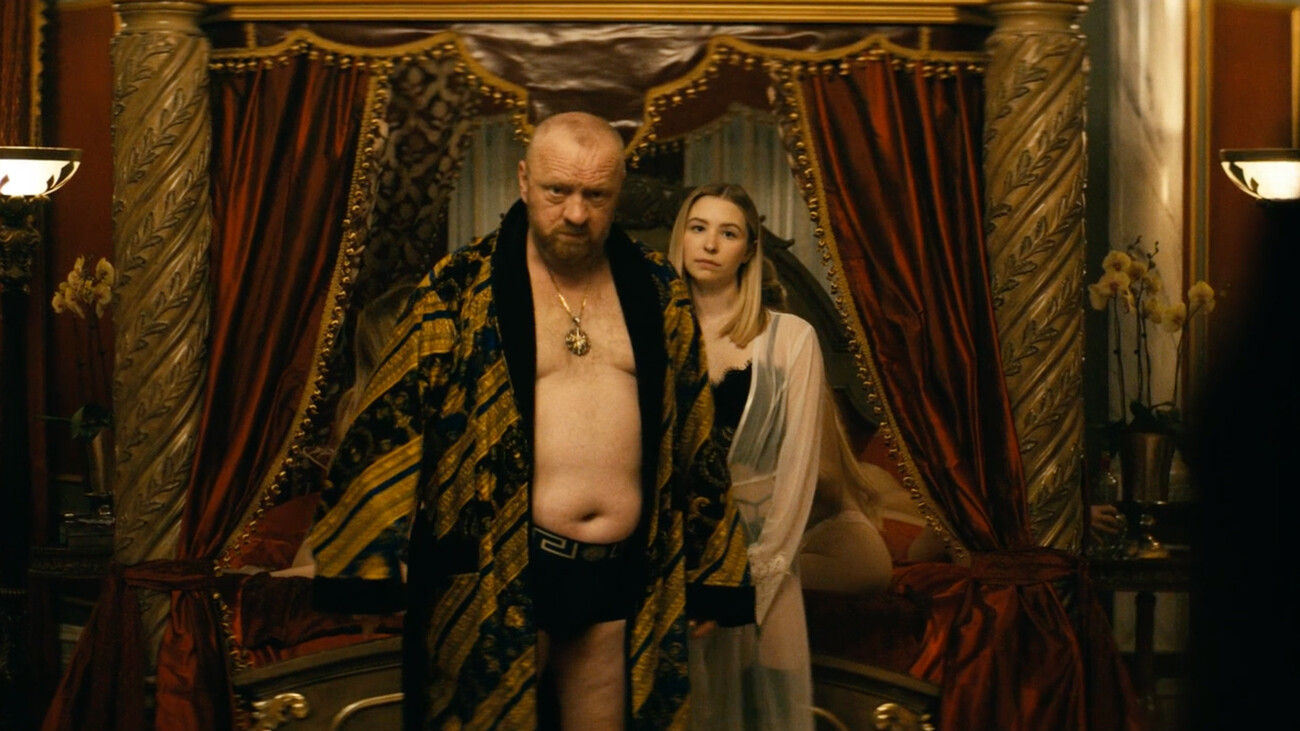 In Season 3, ordinary people led by Butcher are once again trying to find a way to eliminate the main superhero, Homelander - the tyrant who manages the entire business of ‘The Seven’ superheroes. So far it hasn’t proved possible to undermine ‘The Seven’ from the inside with the help of Starlight and even the forces of a special FBI department. So, Butcher and the boys recall another superhero organization, ‘Payback’, which operated in the 1980s and collapsed after the death of Soldier Boy. According to legend, Soldier Boy successfully opposed the “red peril” and even prevented a nuclear war, but was killed during an operation in Nicaragua, when Russian special forces unexpectedly showed up. The weapon used to kill the seemingly immortal superhero can be traced to behind the Iron Curtain. That is why Butcher and the boys decide to embark on a desperate journey to Russia. 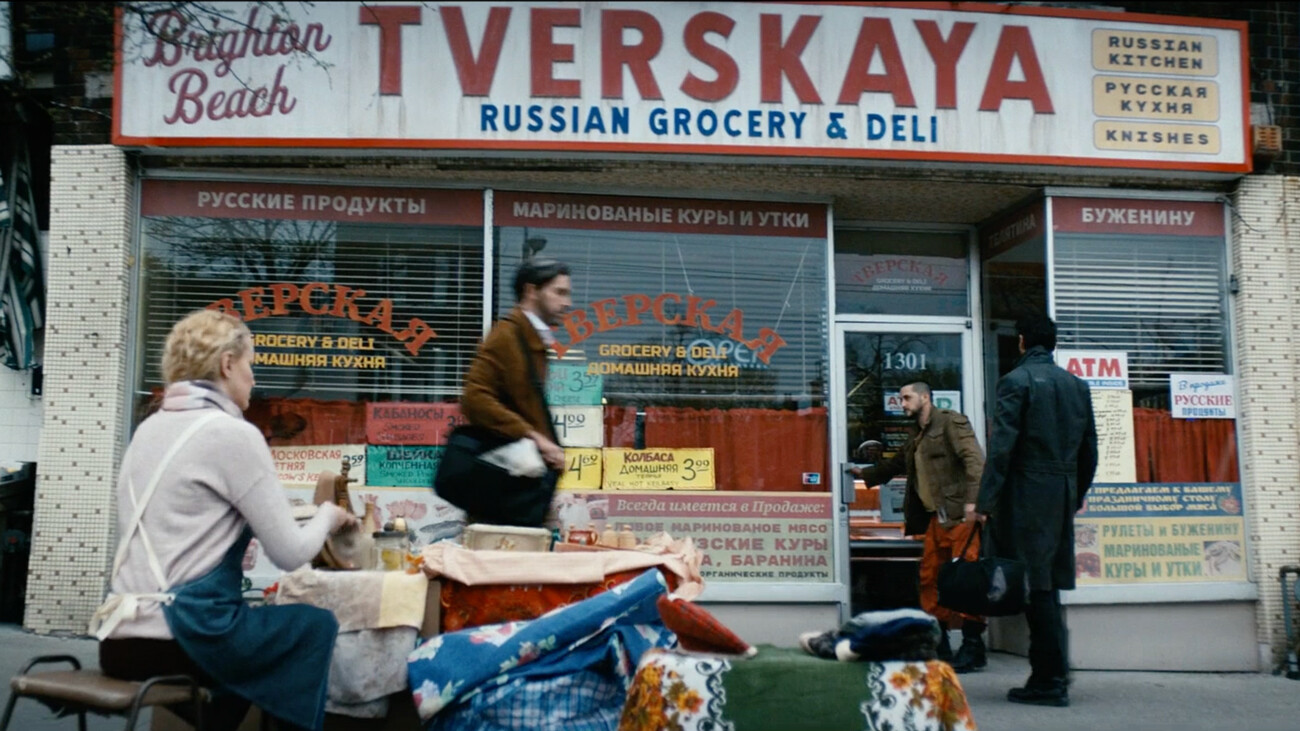 Immersion in Russian reality begins even before the flight to Moscow - with the Russian-speaking neighborhood of Brighton Beach in New York and its ‘Tverskaya’ grocery store, named after one of the main streets of the Russian capital. You can find everything in the store: From buckwheat to three-liter jars of pickles and dumplings that a femme fatale by the name of Nina makes with her own hands right there in the store, against the background of posters for mustard and vodka. She is, of course, responsible not only for the shopping basket of immigrants from the USSR, who, indeed, at times, feel nostalgic for pickles and buckwheat (there are no shortages of vodka in ordinary American grocery stores), but also for the local drug traffic. And it’s all thanks to powerful protectors, some of whom have remained in Russia. In Nina’s case, these are “oligarchs and employees of the Ministry of Internal Affairs”, against whom the woman possesses certain compromising material. 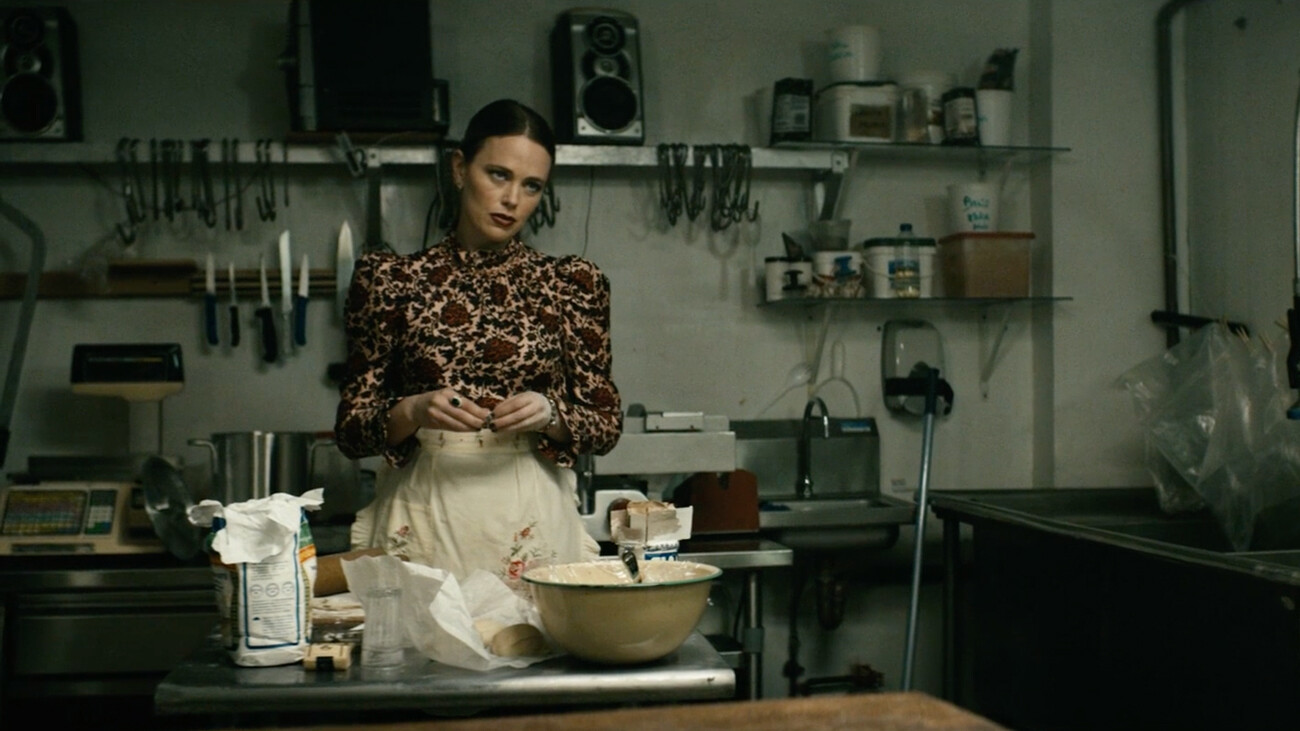 By the way, about names. In Netflix’s ‘Stranger Things’, little Eleven was involved in a secret project called ‘Nina’ - it was there that she was able to regain her superpowers. And the creators of ‘The Boys’ also decided to adopt the name ‘Nina’ for their Russia-America go-between. The name can’t be seen as accidental. In the 1960s, the story of Nina Kulagina, who allegedly had telekinetic and other unusual abilities, became known all over the world. The Kulagina phenomenon was studied by various research institutes, involving foreign scientists, among others. However, experts differed in their opinions of Nina’s “superpowers”. Furthermore, Kulagina was convicted of fraud in 1966 and it wasn’t anything at all to do with her extrasensory abilities, but rather with the illegal sale of furniture. Except for Nina, the other Russian names in ‘The Boys’ seem to have been thought up with no particular flights of fancy. Those old classics ‘Mikhail Petrov’ and ‘Pyotr Semyonov’ are wheeled out. The most common surnames in Russia are still Kuznetsov, Ivanov, Popov and Smirnov, however.

4. Moscow with the Cathedral of Christ the Savior and graffiti 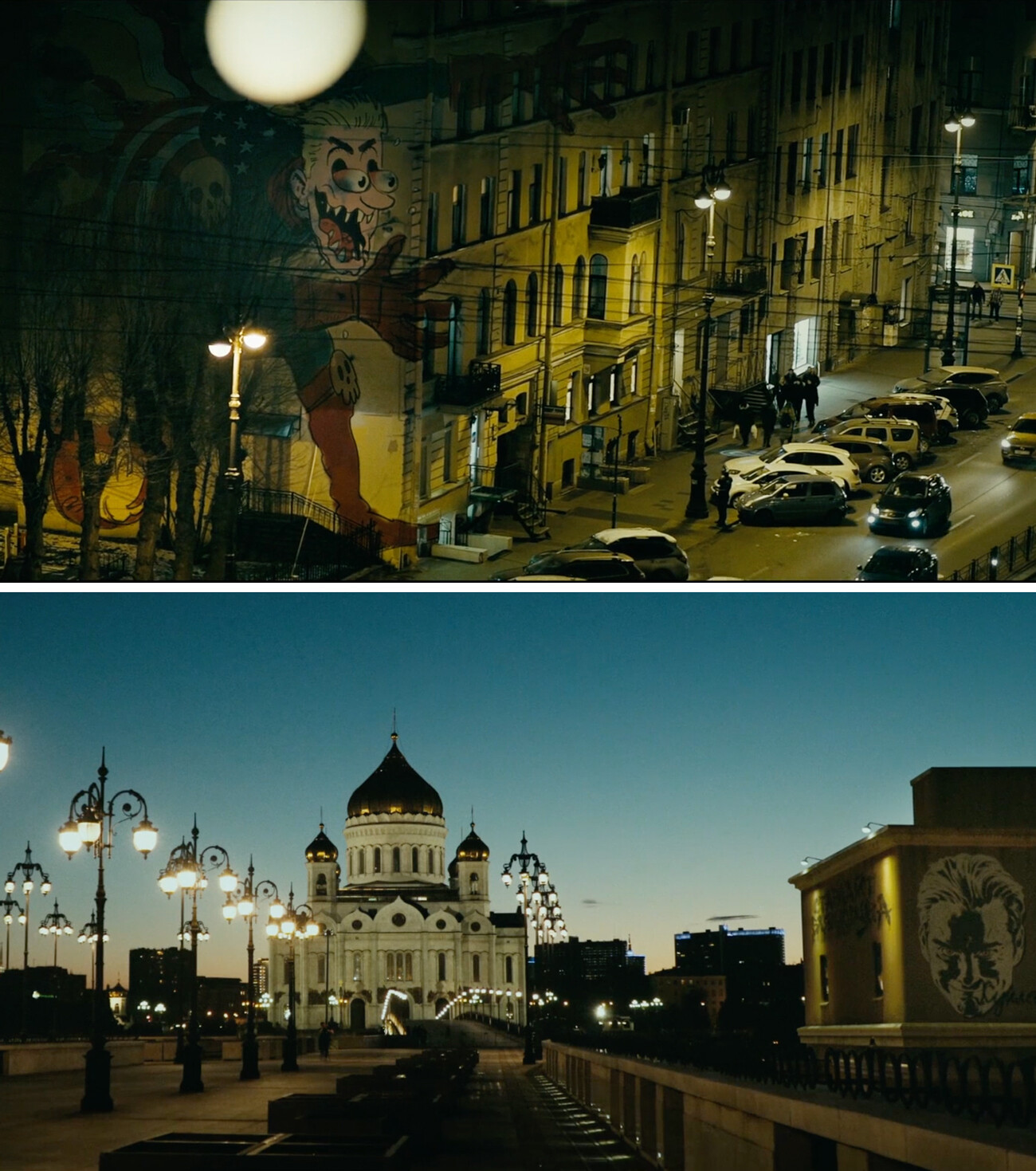 When the scene shifts to Moscow in ‘The Boys’, the symbol of the city is not the Kremlin, but the Cathedral of Christ the Savior, located about 20 minutes’ walk from the Red Square. It was initially constructed at the end of the 19th century, but was demolished under Stalin, to be replaced by a swimming pool. The cathedral was only rebuilt in the late 1990s. The landmark is only shown fleetingly in ‘The Boys’ - it is on the route Butcher and the boys take on their way to their Moscow hideaway. They go through streets with a lot of graffiti, despite the fact that, in reality, graffiti - although undoubtedly present to some extent in central parts of Moscow - is to be encountered with far less frequency than shown in ‘The Boys’. 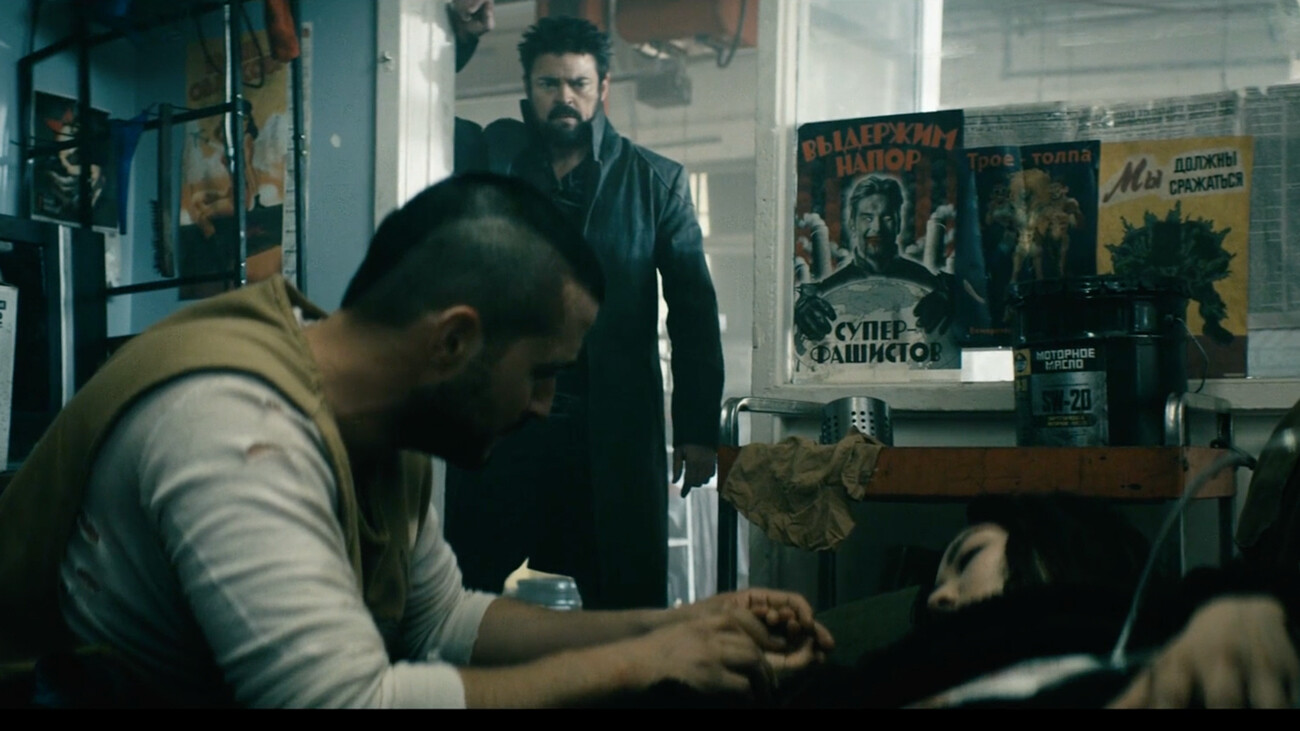 The hideaway itself is a basement with armchairs and sofas (it has to be said that the latter are really only preferred to beds in the Russian provinces) and its walls are covered with posters on which Russian words are printed with impeccable accuracy, such as “выдержим напор супер фашистов” (“withstand the pressure of the super fascists”) and “мы должны сражаться” (“we have to fight”). 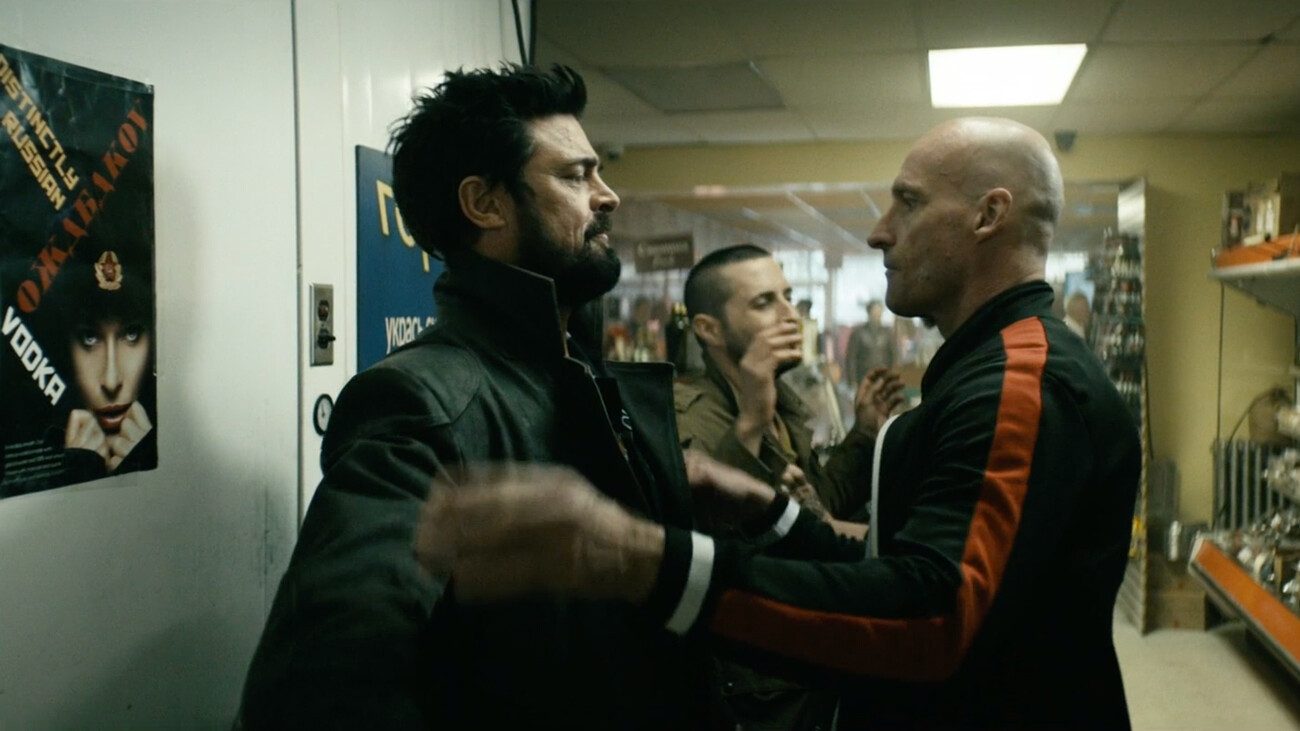 That is something you couldn’t say about the accents of the local “oligarchs and Internal Affairs Ministry sources” cavorting at a rowdy party. Or about the employees of the Russian Federation Energy Ministry, a building which in ‘The Boys’ is almost akin to a military base. In reality, everything is much duller. Russian ministries may be large buildings, but, for the most part, they are office buildings in which ordinary and unremarkable civil servants work. 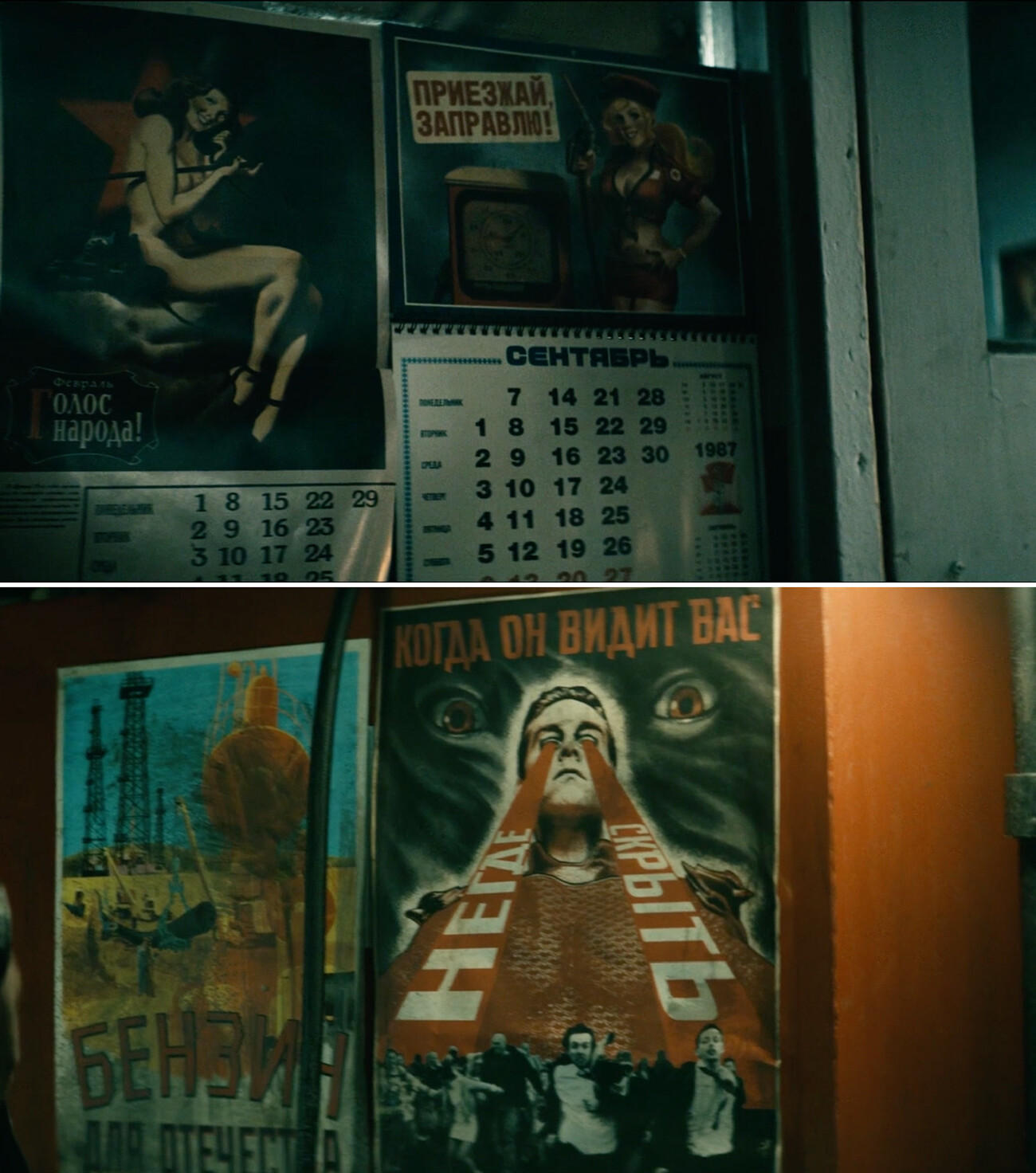 Butcher and the boys cause mayhem at a party, held in an opulent mansion. Curiously, it goes down to the soundtrack of the Russian version of Gloria Gaynor’s ‘I Will Survive’. In addition, ‘The Boys’ includes the song titled ‘Junk’ by the Russian rock group ‘Jane Air’ and the 1990s song ‘Ясный мой свет’ (‘My Bright Light’) by the now-forgotten singer Tatyana Bulanova.

Soldier Boy even has musical “flashbacks” in America: Because of a Russian underground song with prison associations playing at a car repair garage in central Manhattan, Soldier Boy gets triggered and destroys pretty much the whole of an American city block. There’s the power of music for you!