Russian fairy tales in the paintings of artists (PICS) 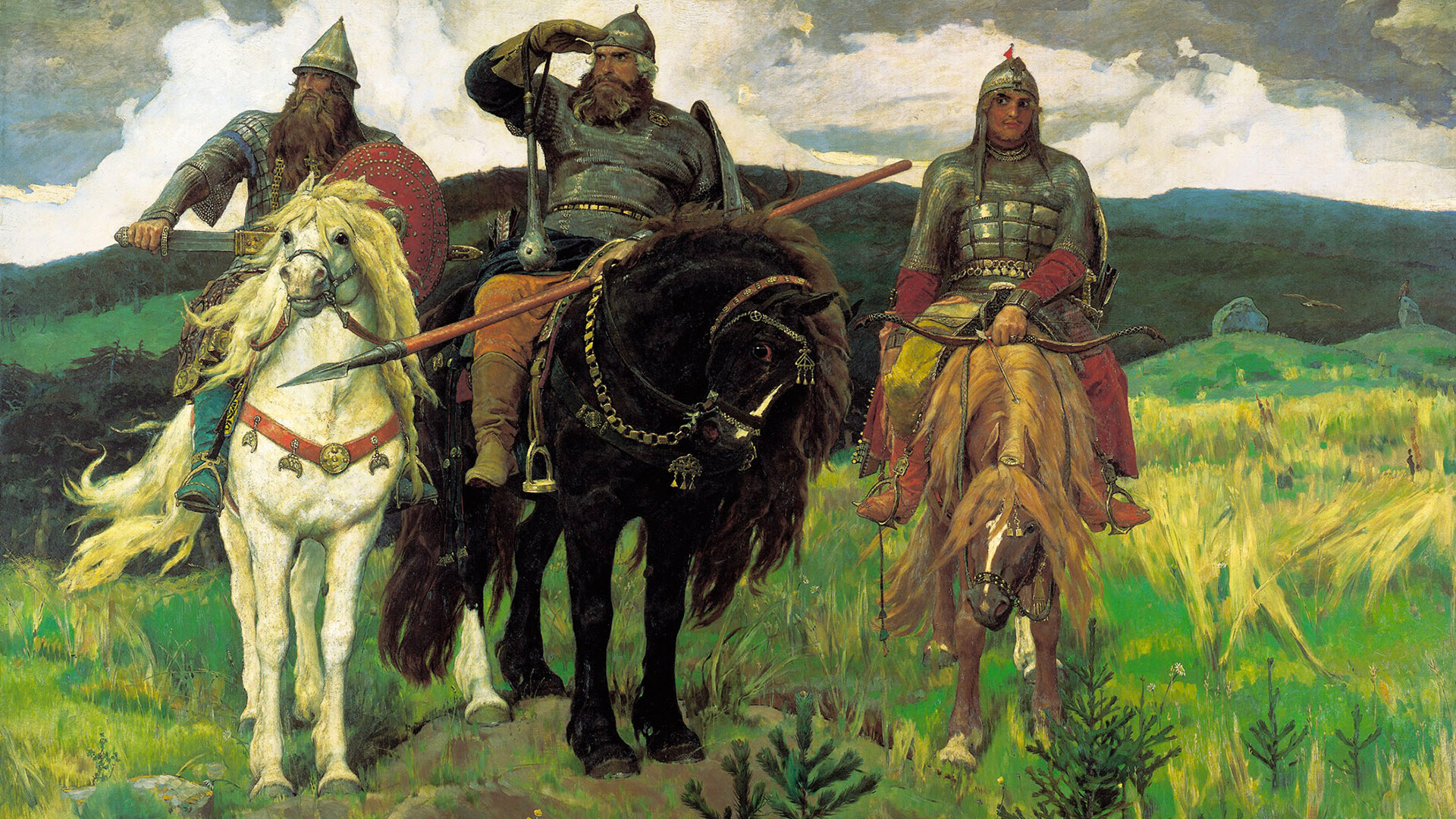 Tretyakov gallery
Immerse yourself in the wonderful world of folk tales and legends with the canvases of these painters.

At the end of the 19th century, the “Russian” or “neo-Russian” style came into fashion in Russia - representatives of various fields of art turned to their “roots” and began to look for inspiration in national folklore and popular prints. So, the motifs of folk tales penetrated into architecture (buildings appeared that looked like fairy-tale houses) and into music and, of course, into painting. At the same time, the famous ‘Russian Seasons’ by Sergei Diaghilev thundered all over Europe, which also turned into Russian plots in various theaters.

Viktor Vasnetsov (1848-1926) is perhaps the most famous of the artists who turned to the fairy tale theme - and created an impressive number of paintings on folklore subjects. He is considered the founder of the “neo-Russian” style in painting. He started as a realist painter and went all the way to modern. 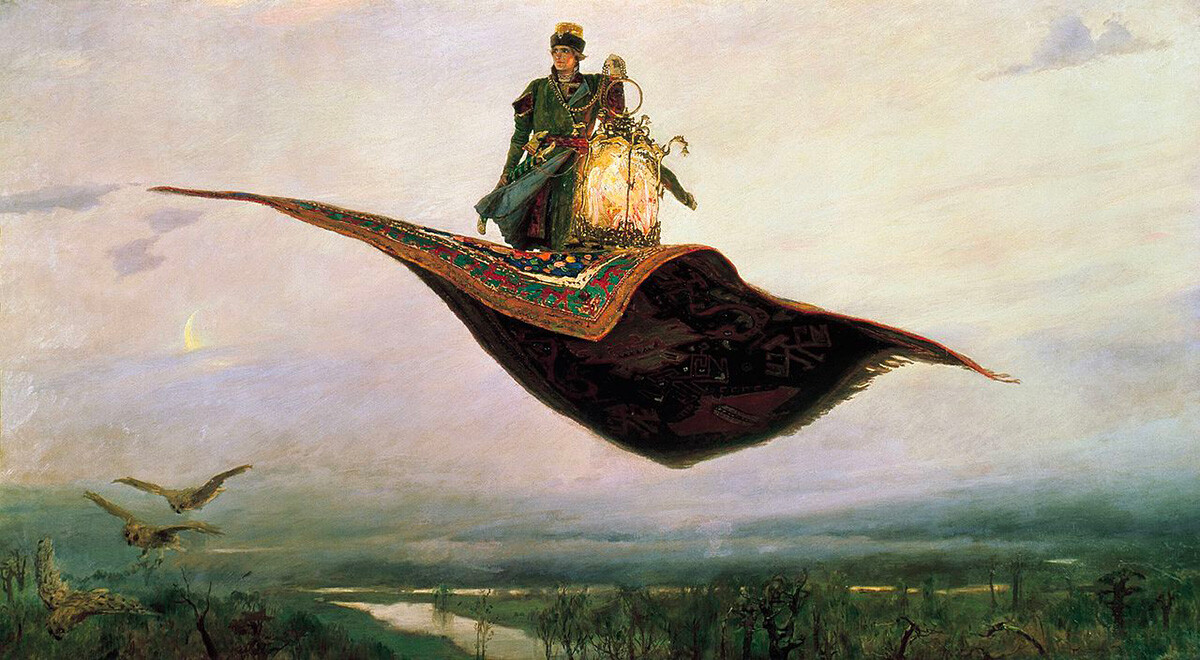 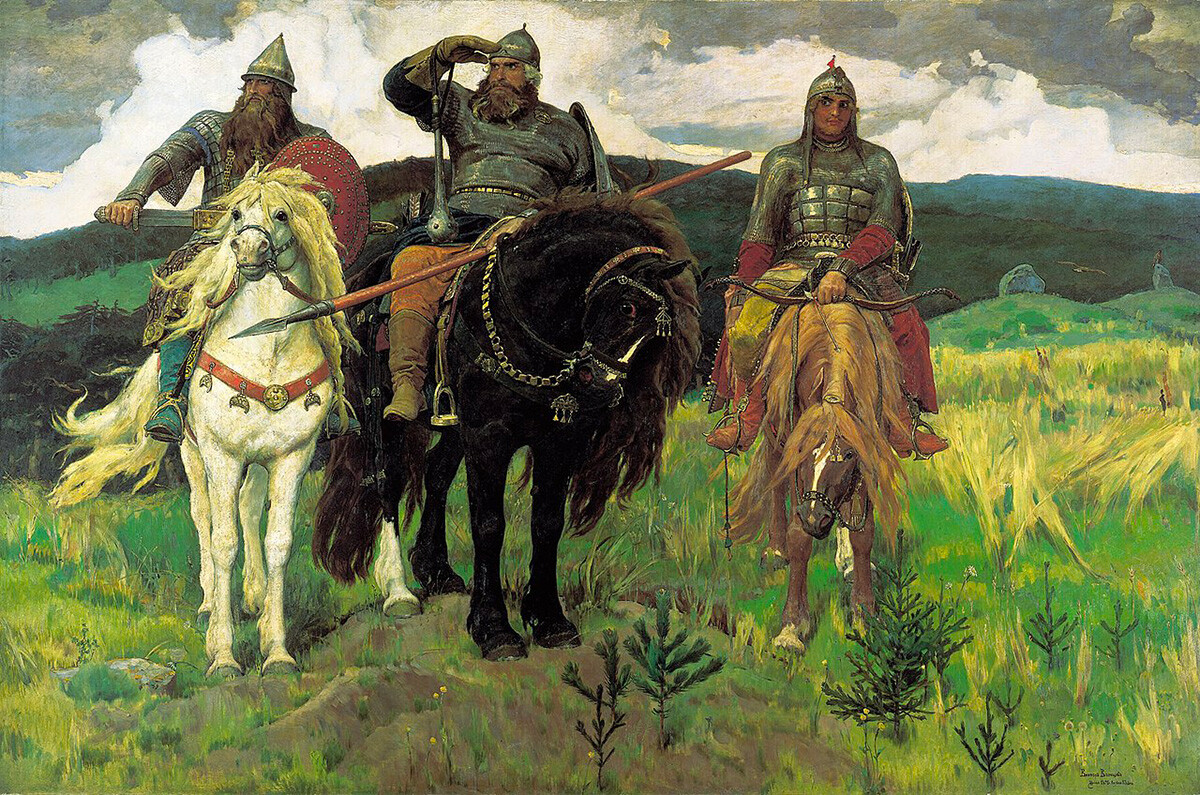 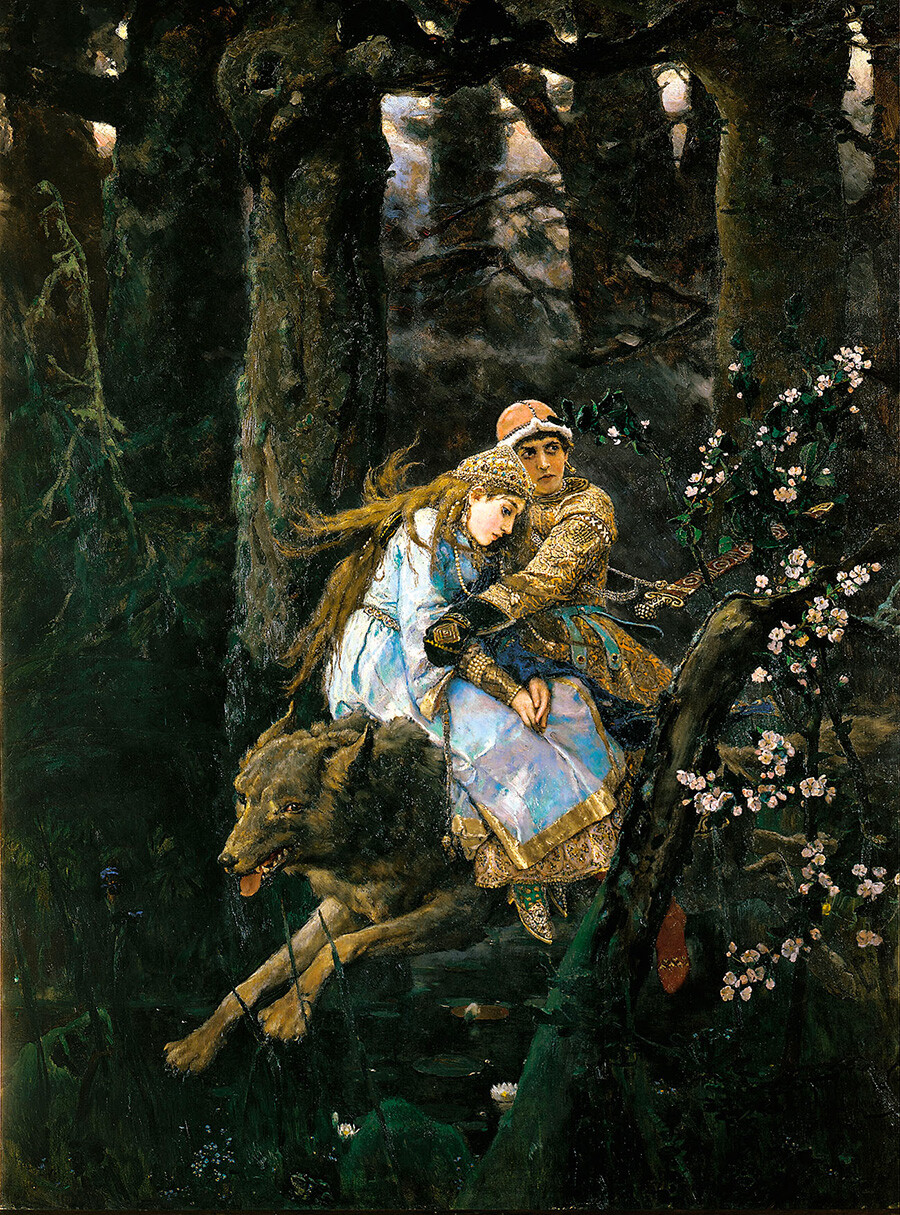 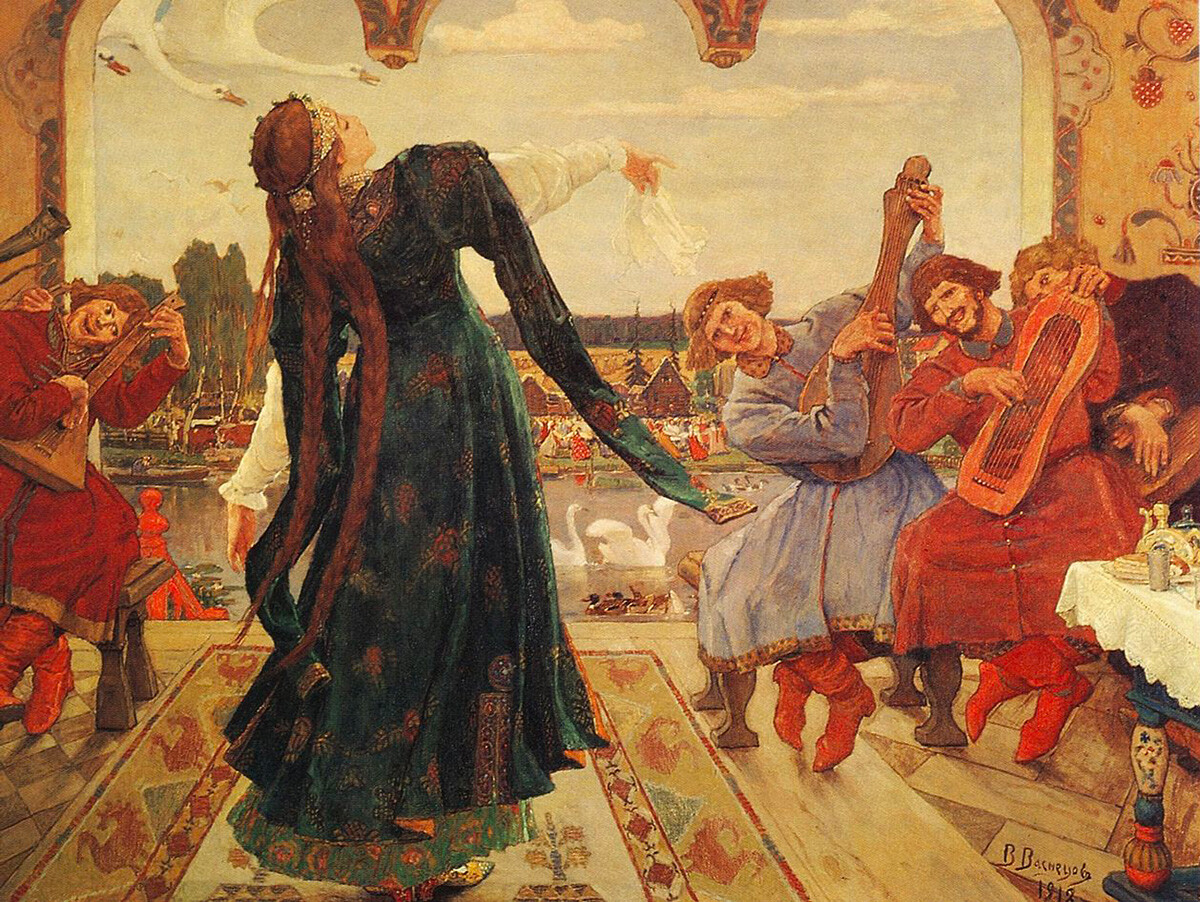 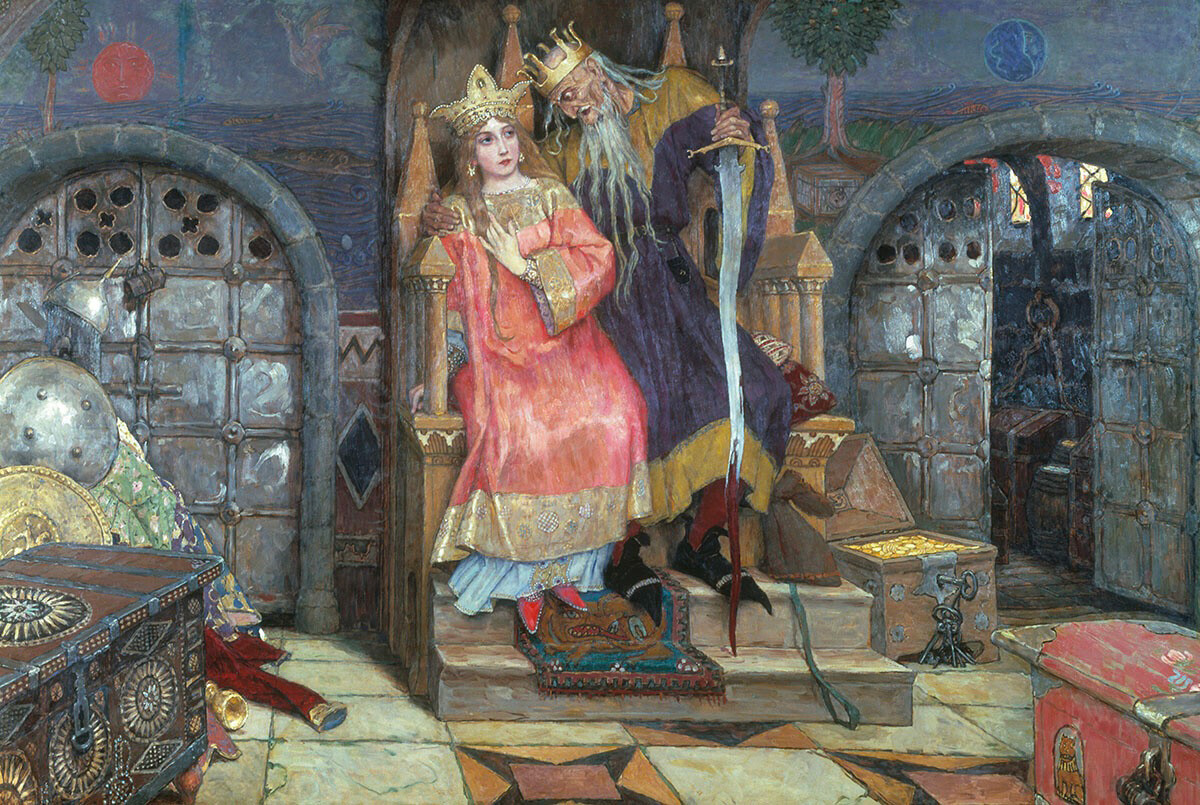 The second most famous artist, who left a huge “fairy tale” legacy, was Ivan Bilibin (1876-1942). He also worked as a theater artist, designing operas based on Russian subjects - ‘Prince Igor’ by Alexander Borodin, ‘The Firebird’ by Igor Stravinsky, ‘The Golden Cockerel’ and ‘Sadko’ by Nikolai Rimsky-Korsakov, ‘Ruslan and Lyudmila’ by Mikhail Glinka and many others. However, most of all, he became famous and went down in history thanks to book illustrations for Russian fairy tales and, especially, for Alexander Pushkin’s fairy tales, written according to folk plots. 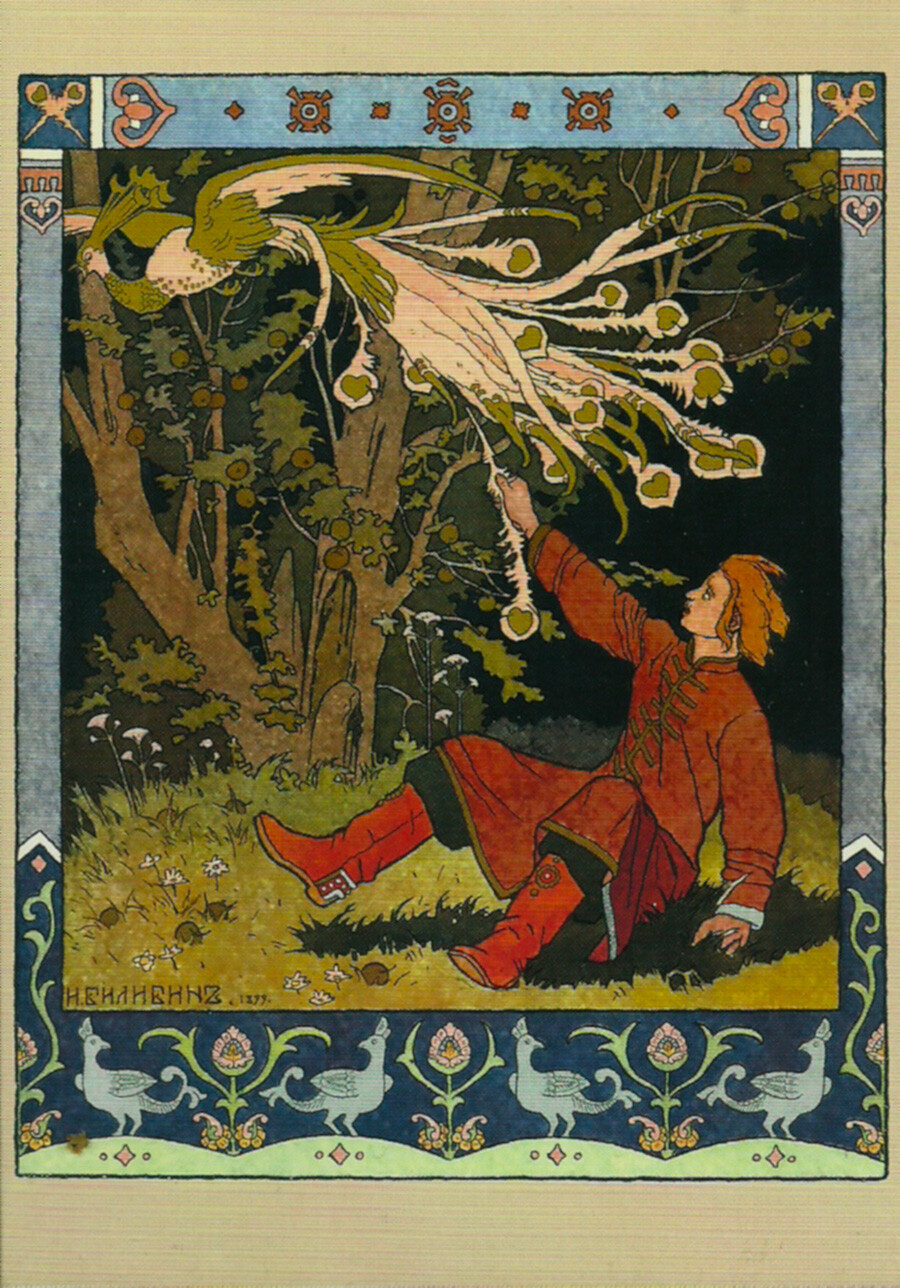 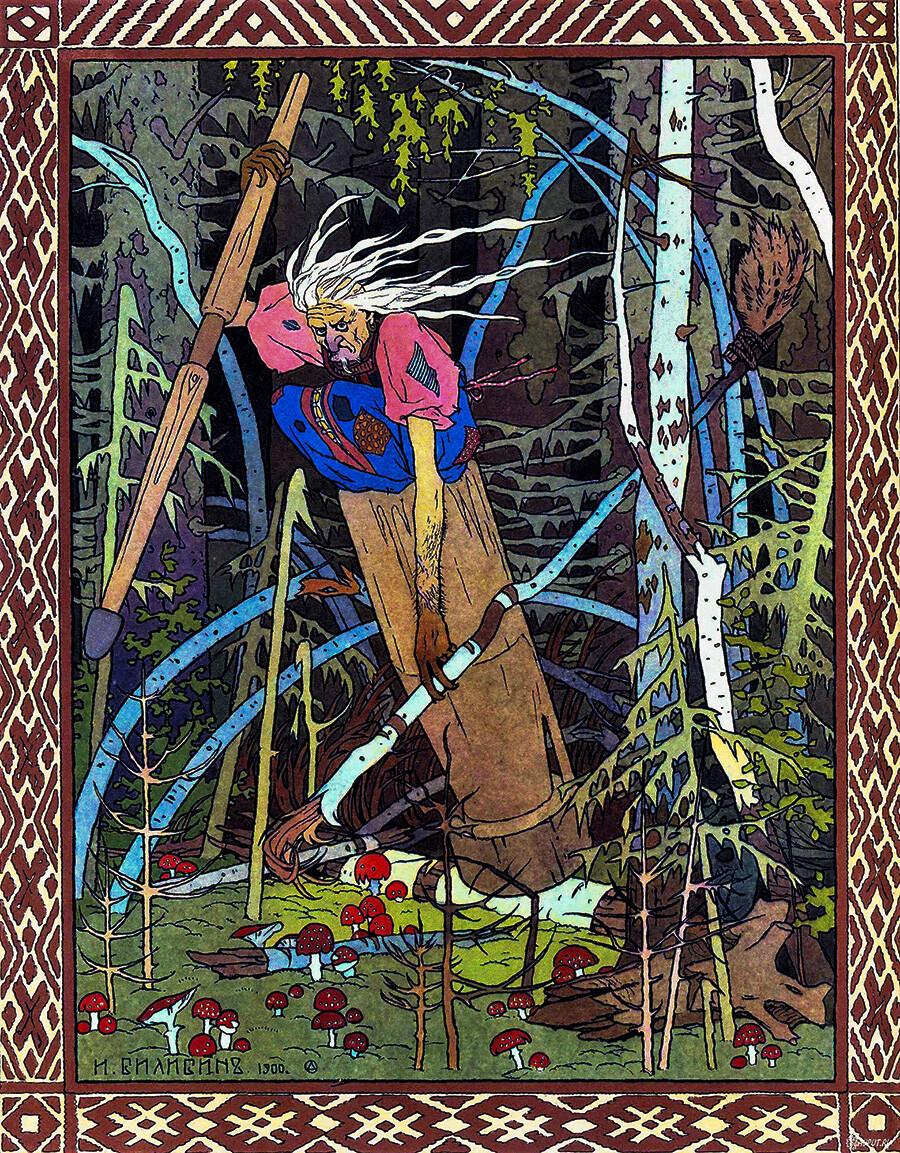 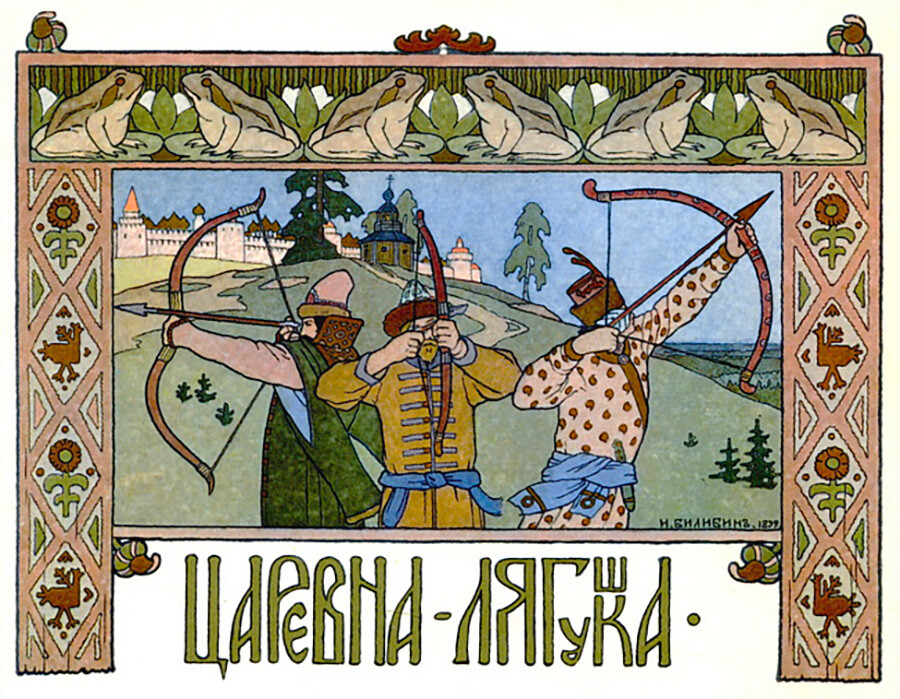 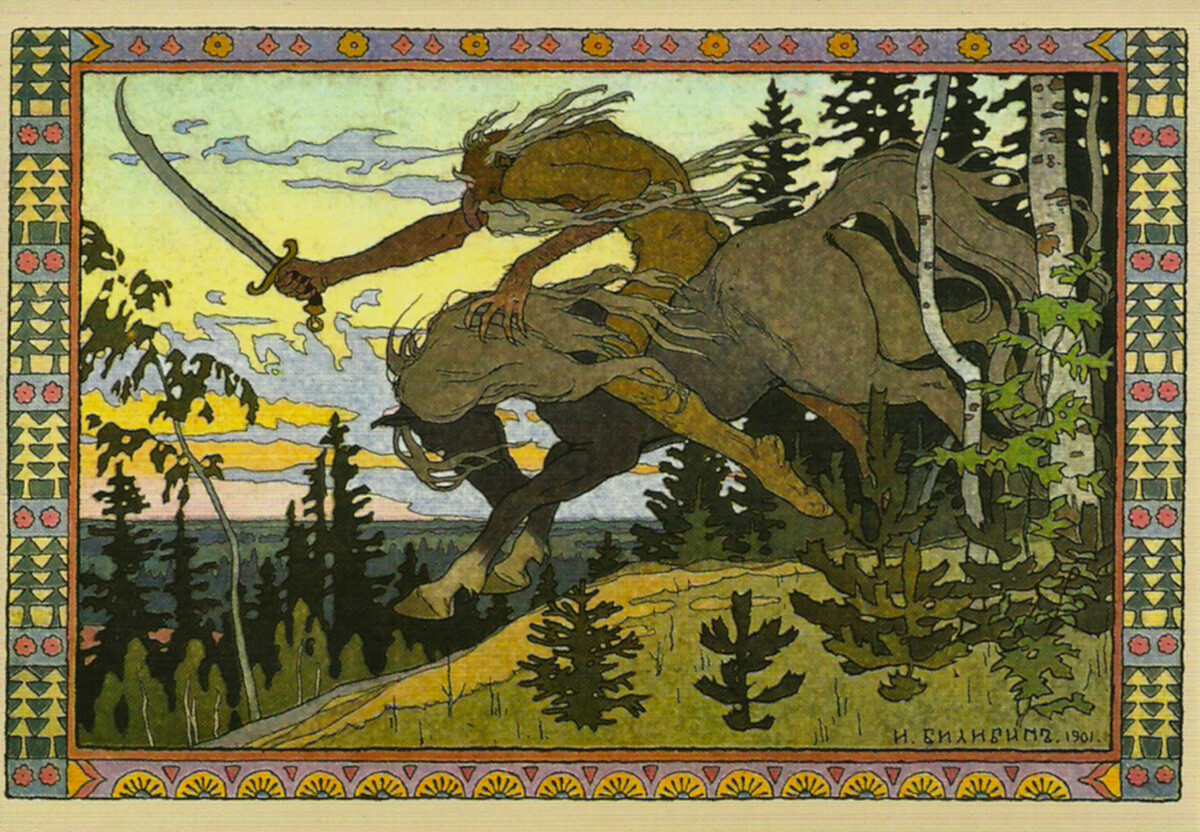 Other artists also turned to the fairy-tale theme. For example, under the influence of his acquaintance with Viktor Vasnetsov, Ilya Repin (1844-1930) painted his famous fairy-tale canvas about the epic hero Sadko, who goes to the bottom of the sea and, by order of the sea king, to see potential brides - the sea beauties. 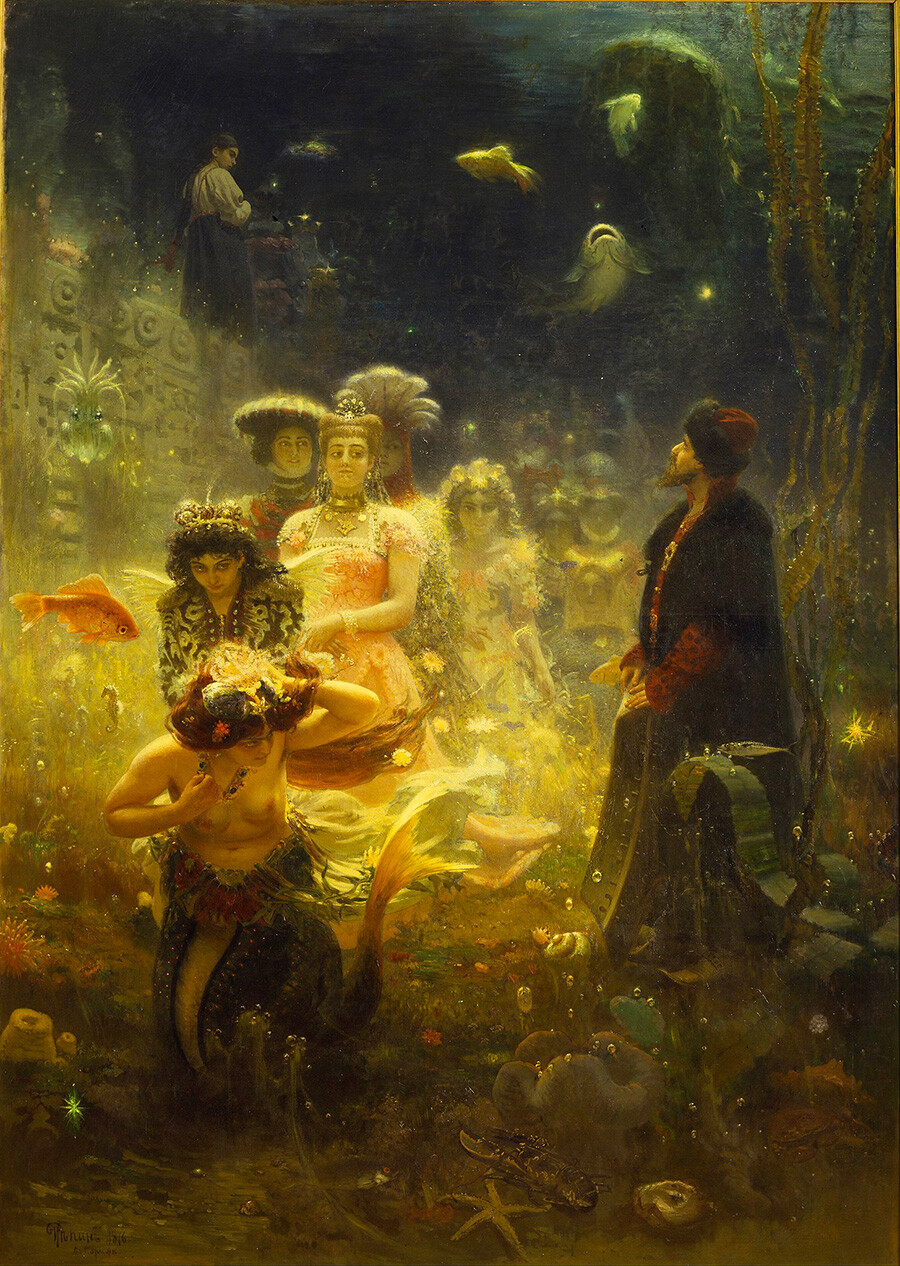 Modernist Mikhail Vrubel (1856-1910), who enthusiastically painted in the style of modernism and symbolism, turned to biblical stories, fallen angels and all sorts of mysticism, but also to folk fairy-tale motifs. His wife, Nadezhda Zabela-Vrubel, was a famous opera singer, and performed in Diaghilev's productions on the "Russian" theme -  ‘Sadko’ and ‘The Tale of Tsar Saltan’. It is believed that under the impression of these performances, Vrubel wrote his fairy tale cycle.

Mikhail Vrubel. Farewell of the Tsar of the Sea with Princess Volkhova, 1898 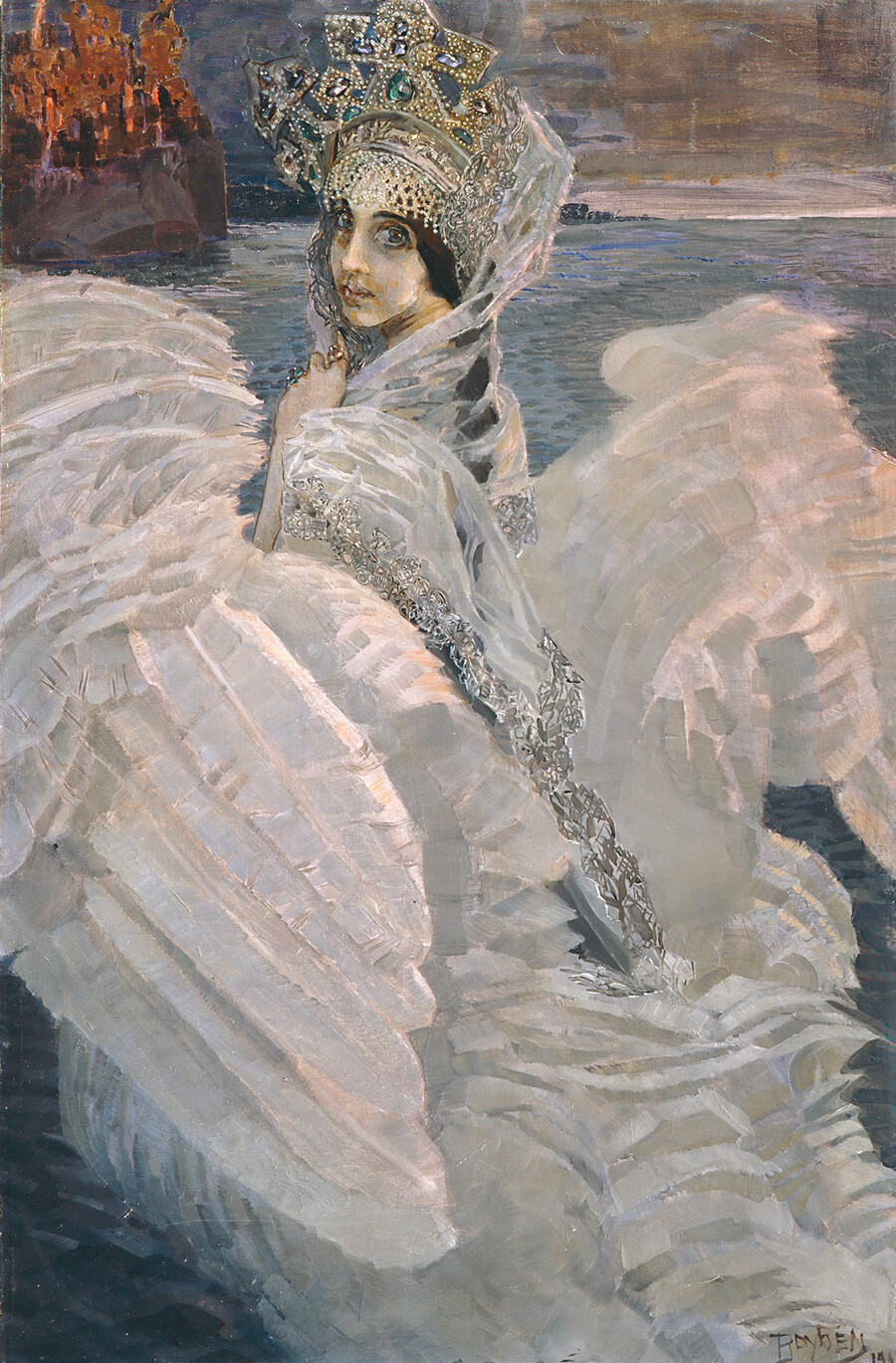 Other artists also selectively turned to the fairy-tale theme. A famous theater artist named Leon Bakst (1866-1924) was especially famous for his sketches for Igor Stravinsky’s ballet ‘The Firebird’, which premiered at the Paris Grand Opera. 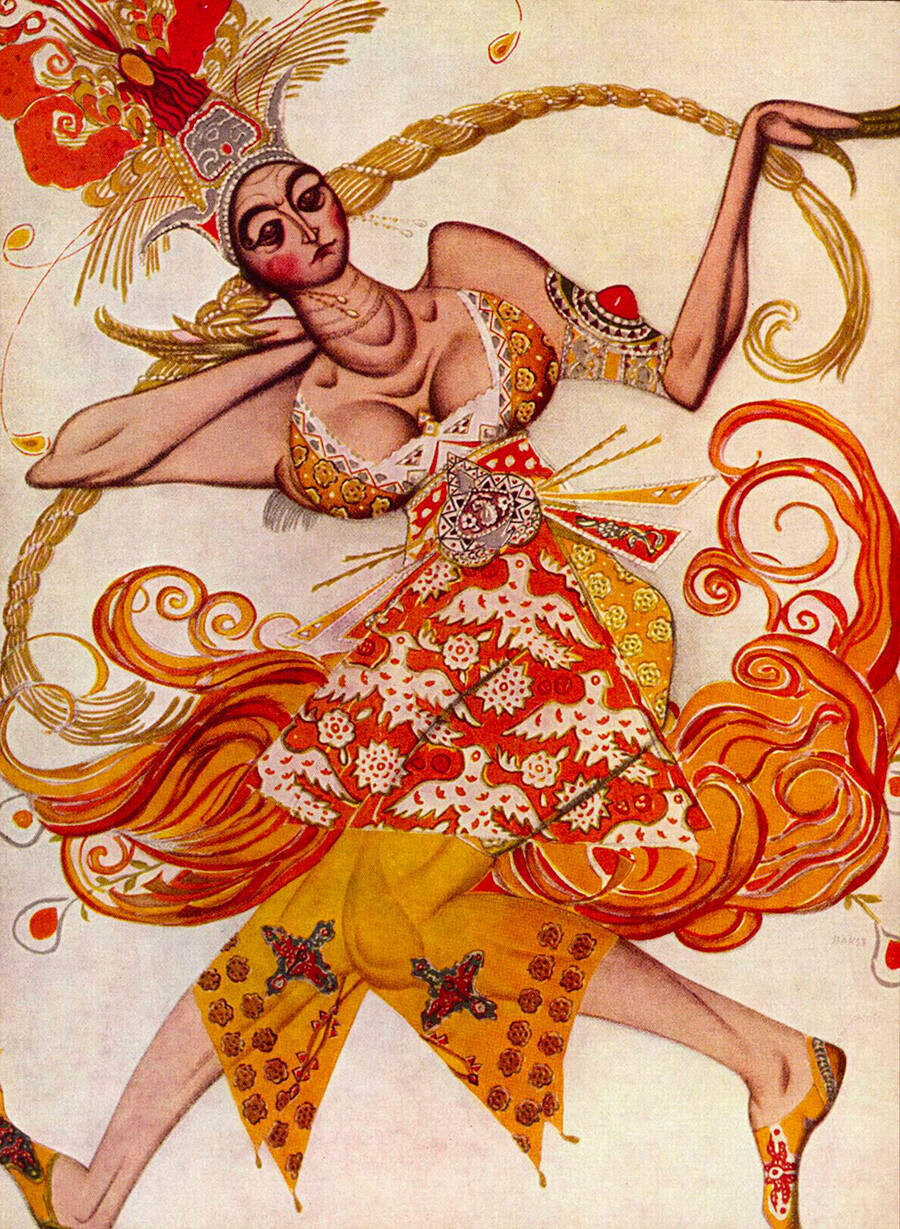 The fairy-tale theme was also present in the work of Sergei Malyutin (1859-1937), a theater artist and book illustrator. 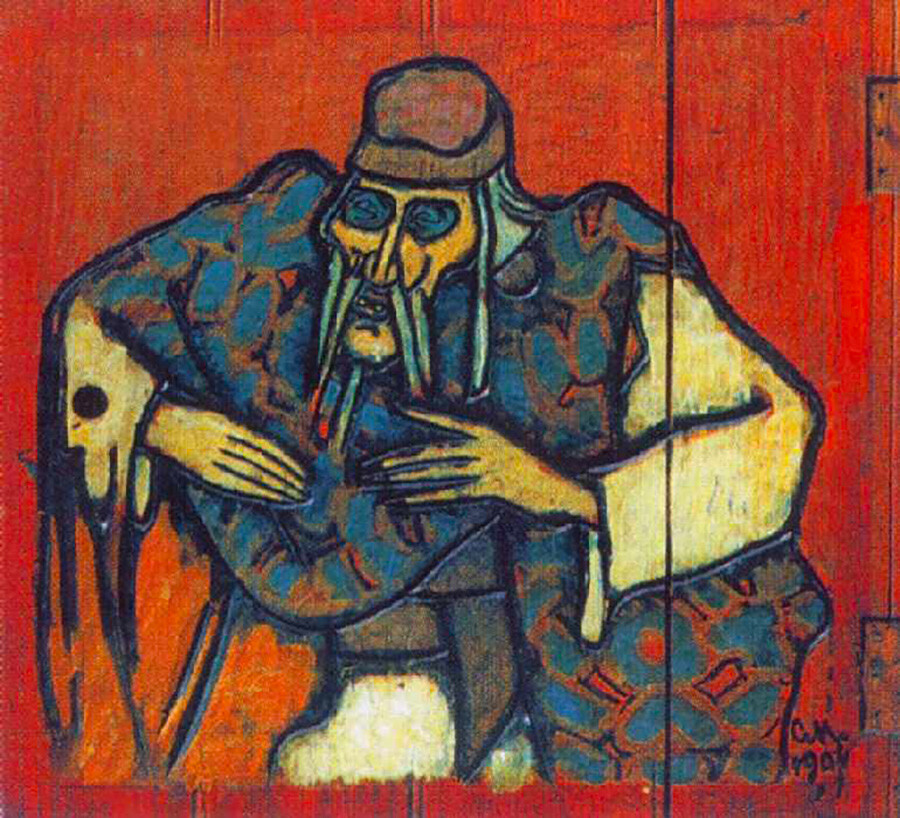 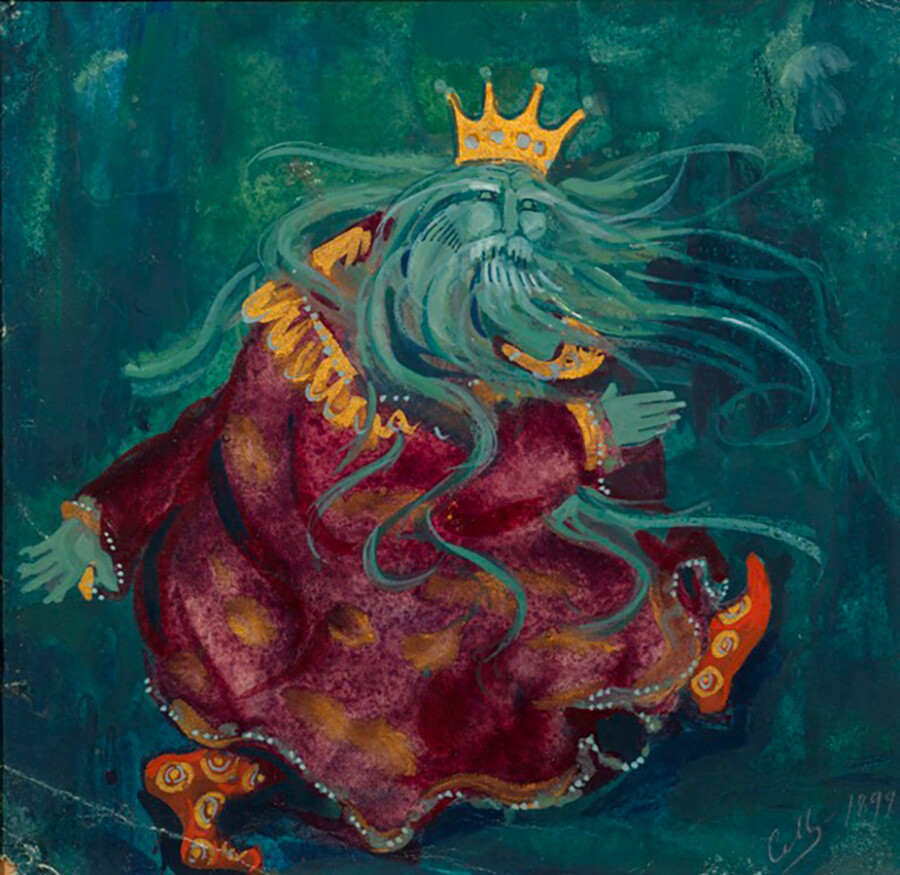 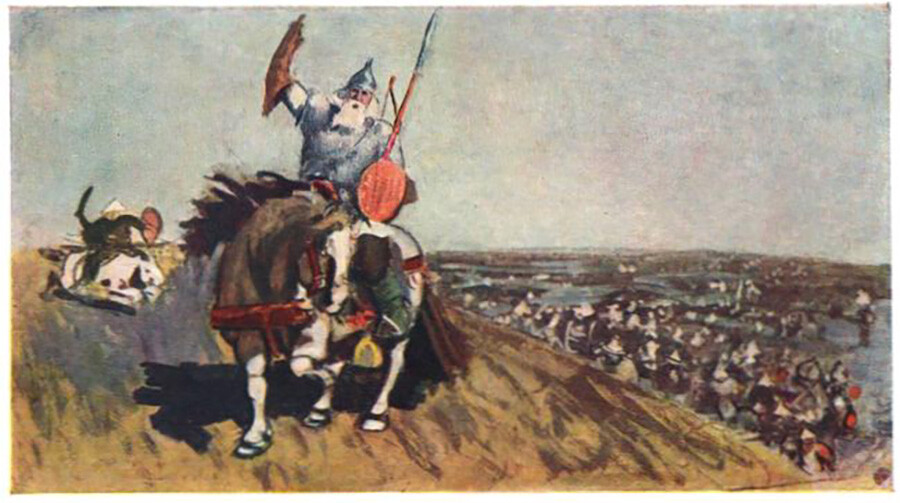 After the revolution, icon painters from Palekh, known for their miniatures, were forced to abandon icons and religious subjects. But, they skillfully reoriented their skills in the direction of Russian fairy tales, having founded the ‘Artel of Ancient Painting’. Now, their materials were not boards for icons, but lacquer boxes. 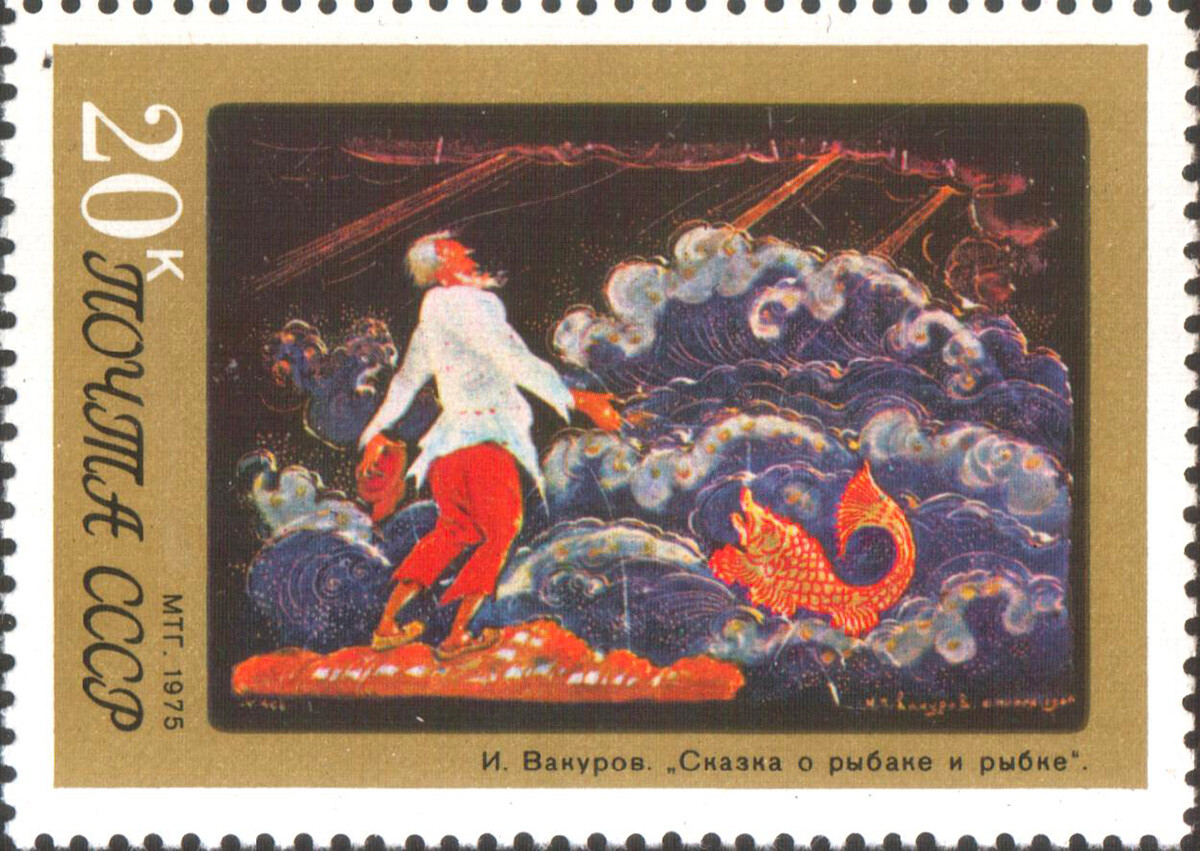 Ivan Vakurov. ‘The Tale of the Fisherman and the Fish’ (image on a 1975 postage stamp) 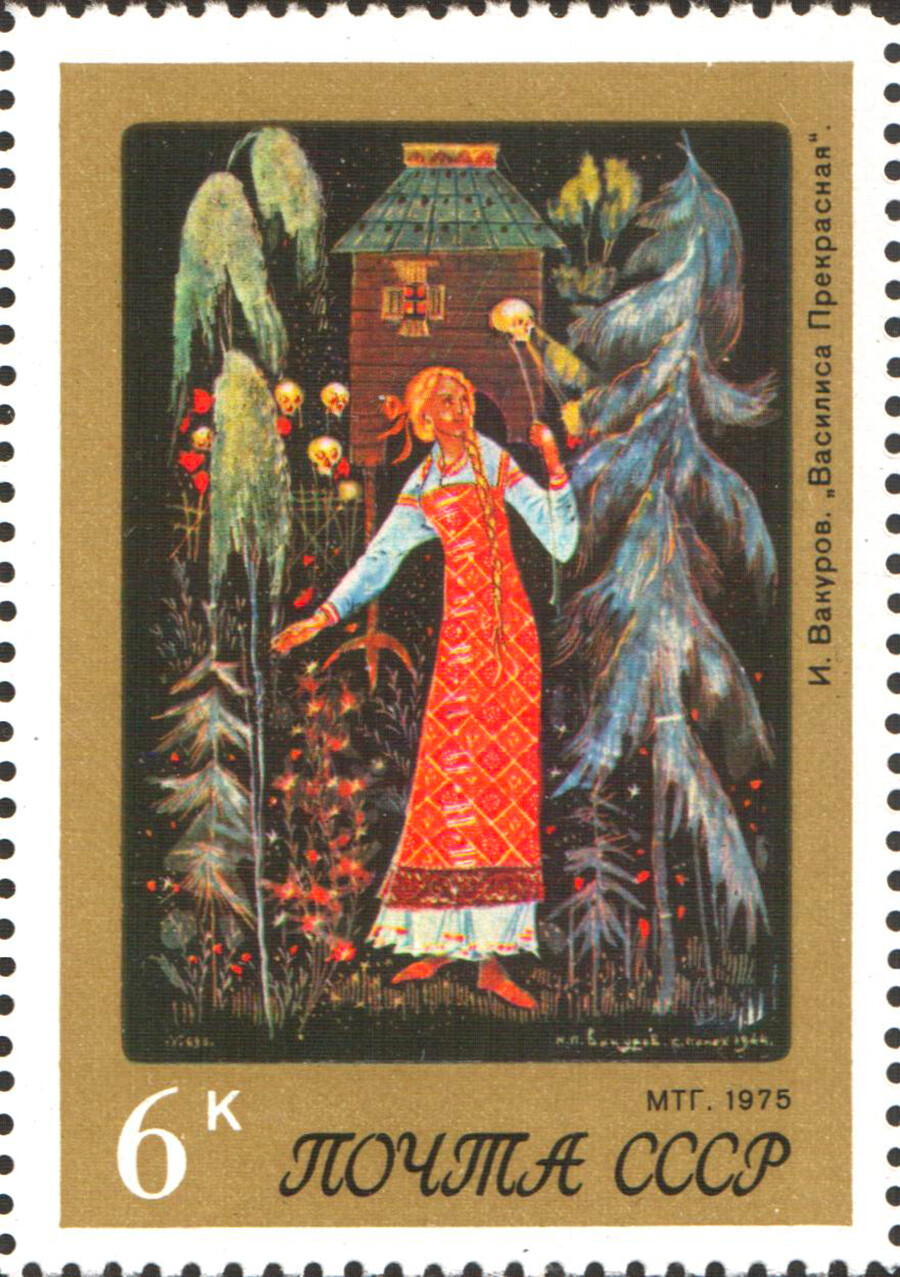 Ivan Vakurov. ‘Vasilisa the Beautiful’ (image on a 1975 postage stamp)