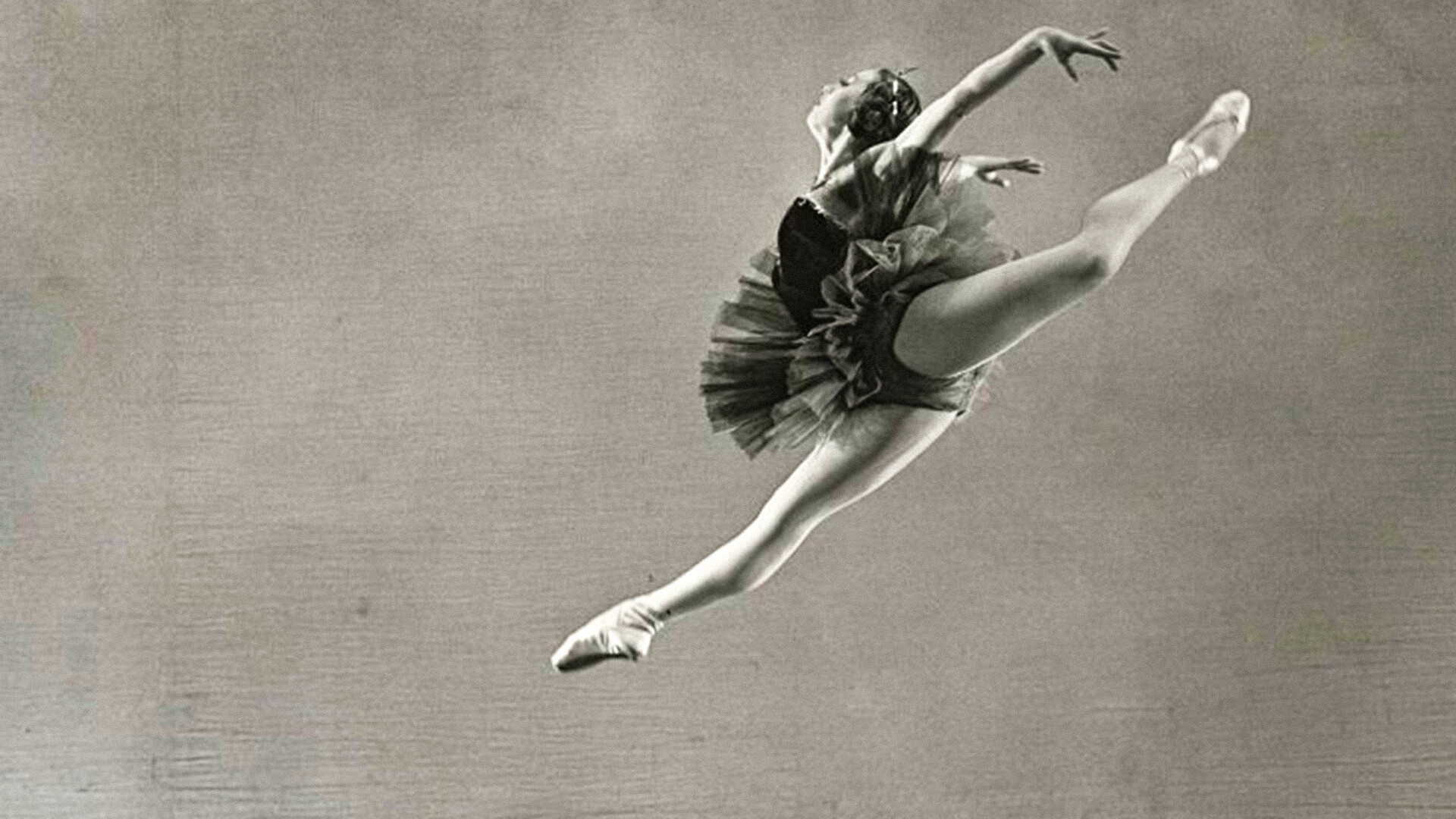 Yevgeny Umnov/MAMM/MDF
Famous photographer Yevgeny Umnov captured some of the most scenic performances in action and behind the scenes moments!

Yvgeny Umnov is now considered to be the classic Soviet photographer, master of the reportage genre and chronicler of Moscow. Through his lens, people now can see not only the sceneries of the city and portraits of its citizens, but also the incredible world of ballet and dance.

For two decades, Umnov took pictures in the Bolshoi Theater and its timeless star, legendary ballerina Maya Plisetskaya. On stage, she was so different. Performing either the passionate Carmen… 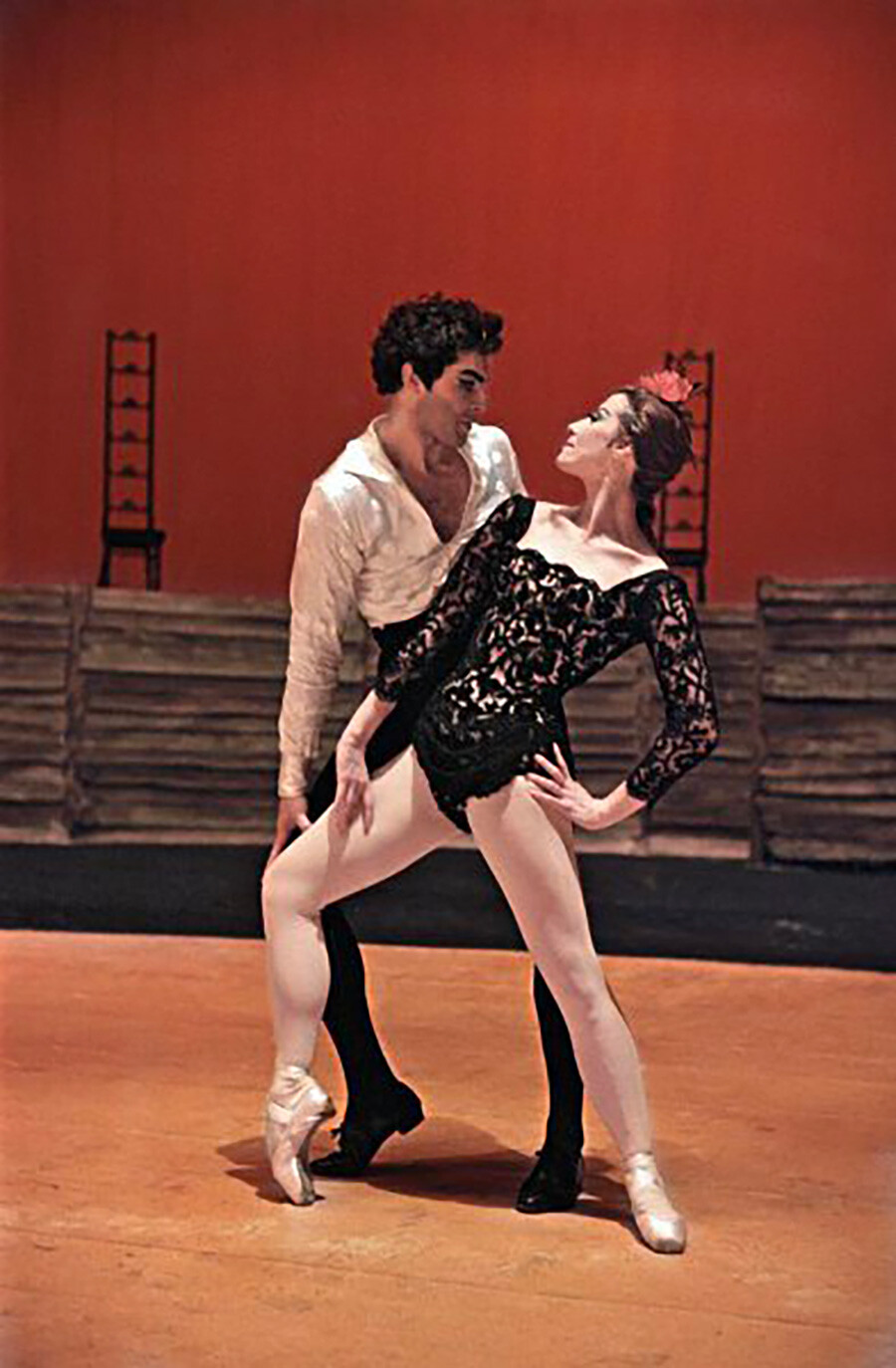 …or the brave young Kitri in ‘Don Quixote’… 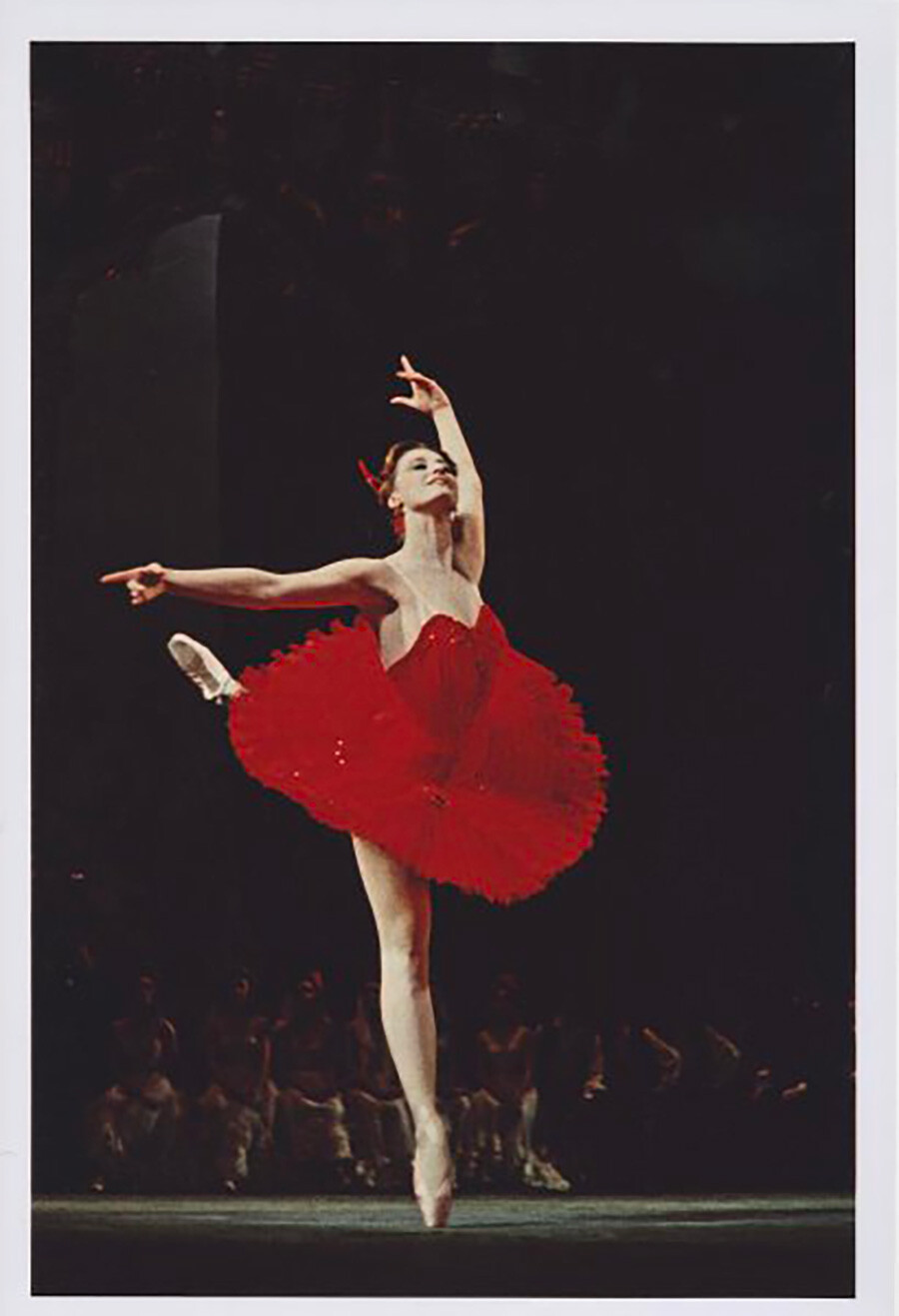 …or the fluttering Odetta in ‘Swan Lake’. 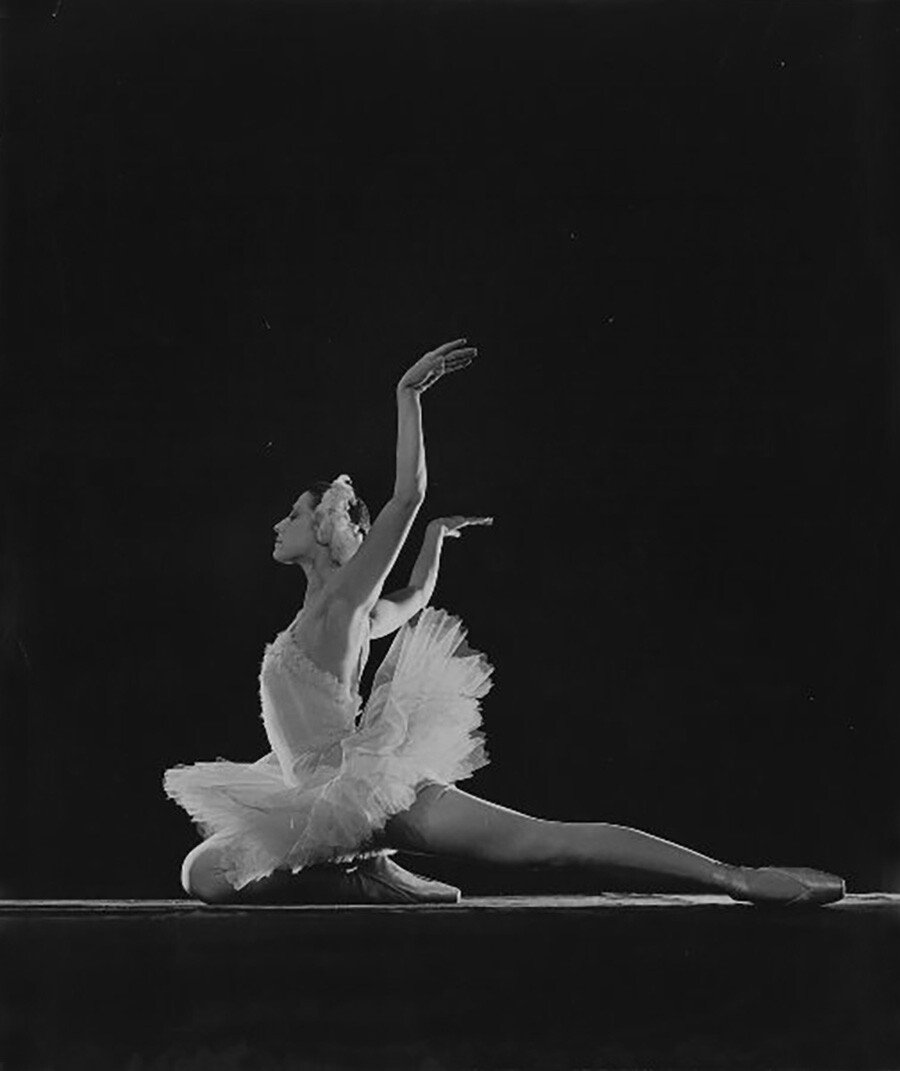 Umnov also took pictures of the legendary ballerina behind the scenes. 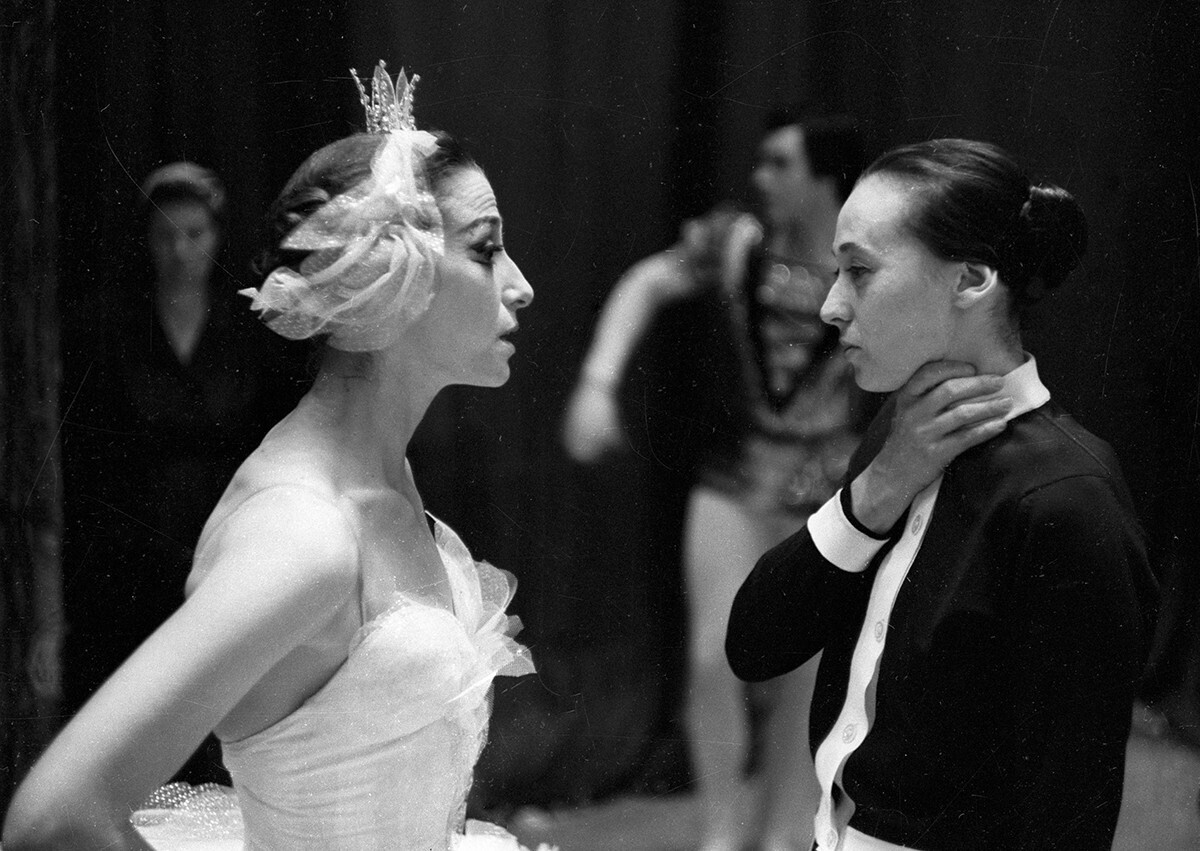 Beautiful portraits of celebrities taken by Umnov were put as cover photos in the most renowned Soviet magazines. 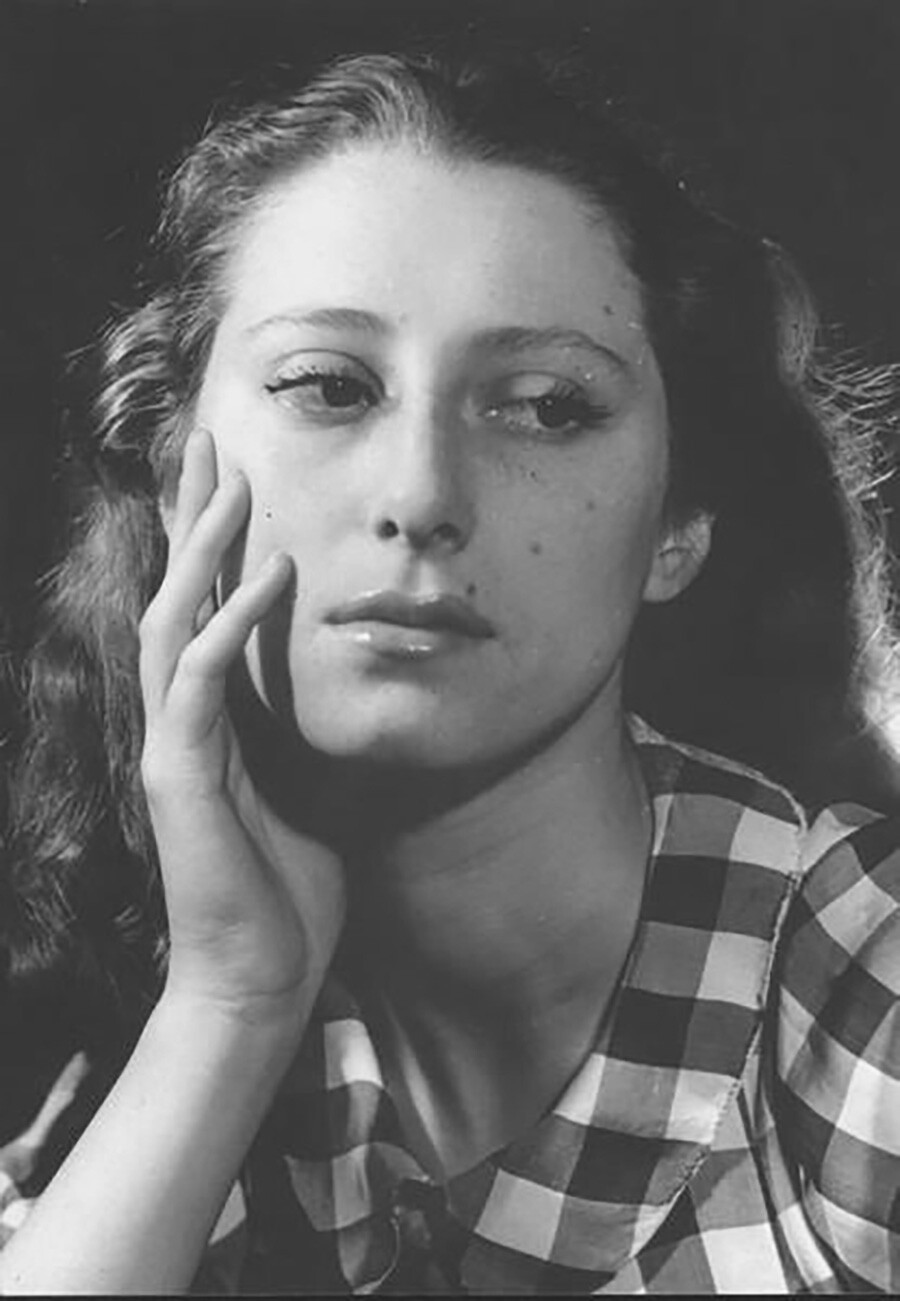 Another great Soviet ballerina and prima of the Bolshoi who Umnov watched through his lens was Olga Lepeshinskaya (pictured below as Bacchante in ‘Walpurgis Night’ dance within the ‘Faust’ opera). 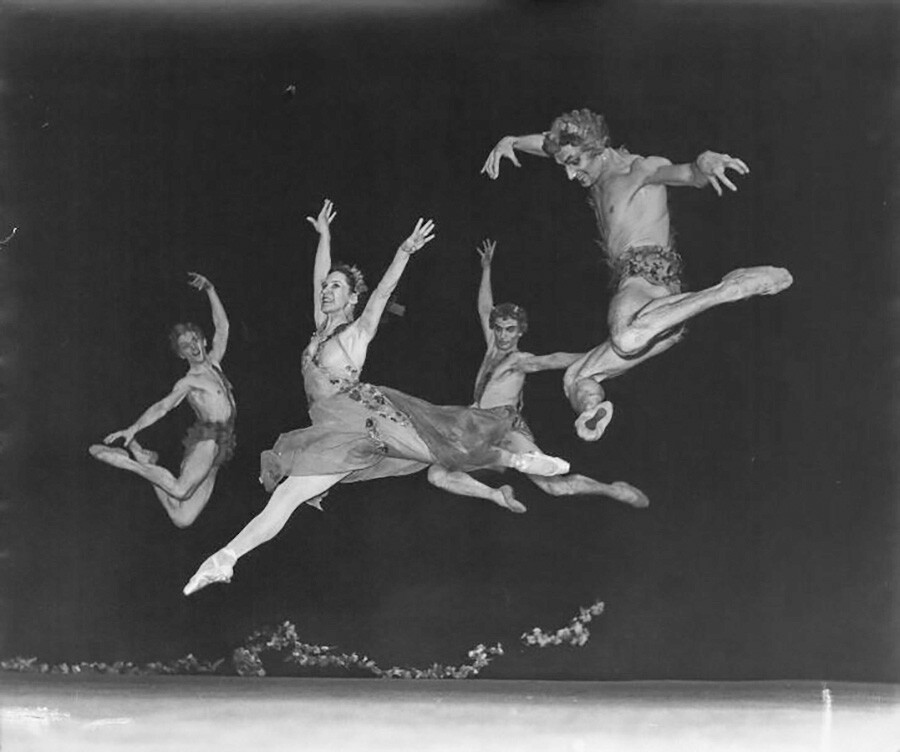 And brilliant Bolshoi prima Galina Ulanova, who was replaced then by Plisetskaya in this role. Pictured below as Juliette, with Mikhail Gabovich as Romeo. 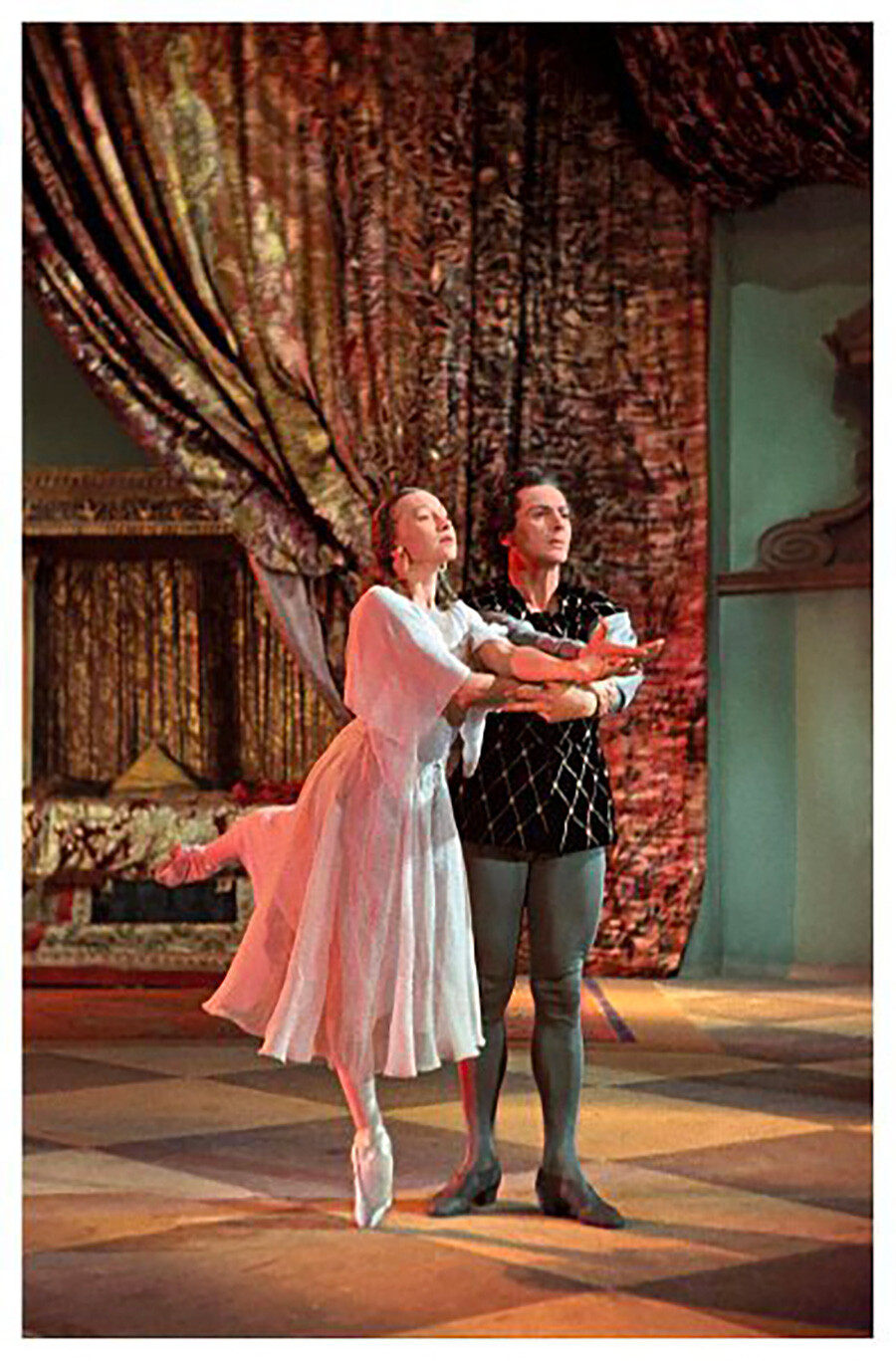 In Umnov’s photos, ballet stars seem to literally fly, not dance. Just like his “muse”, Maya Plisetskaya in the Bolshoi’s ‘Raymonda’ ballet. 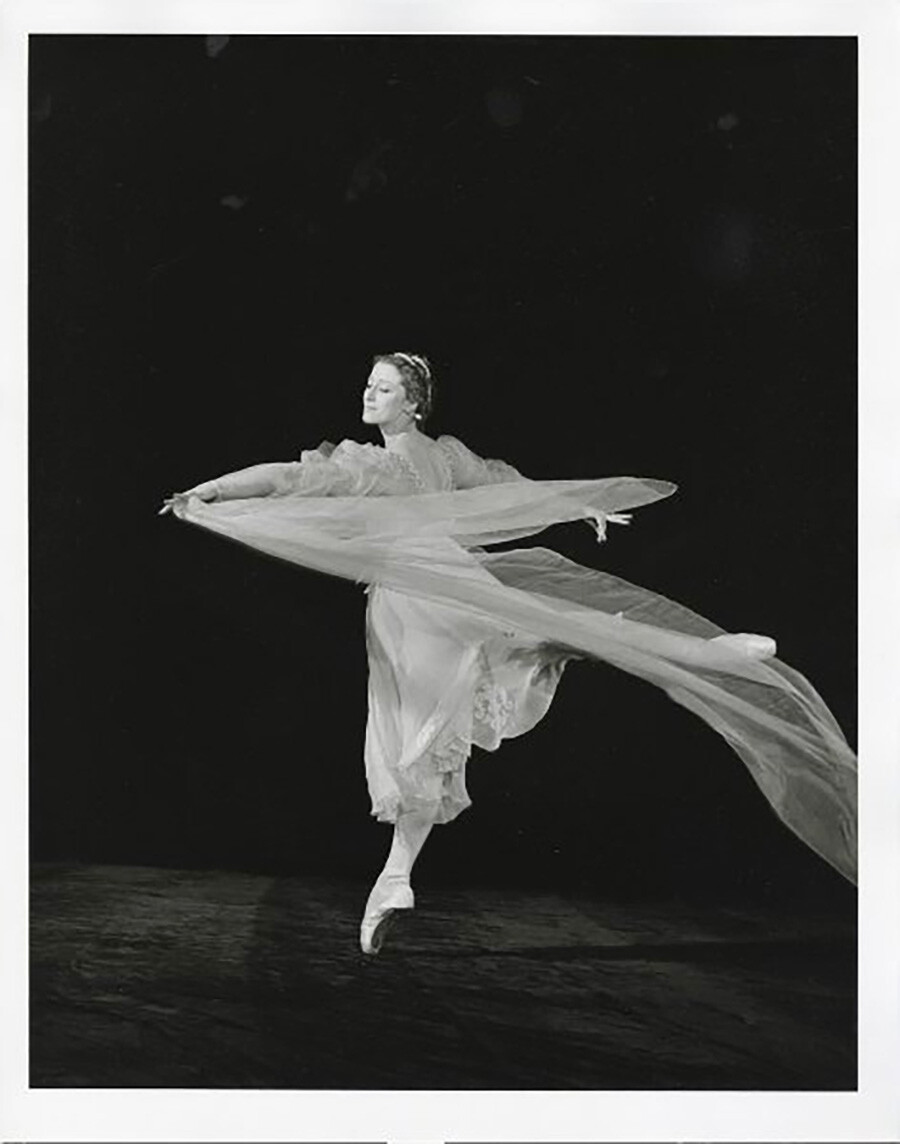 And again Plisetskaya in ‘Don Quixote’… 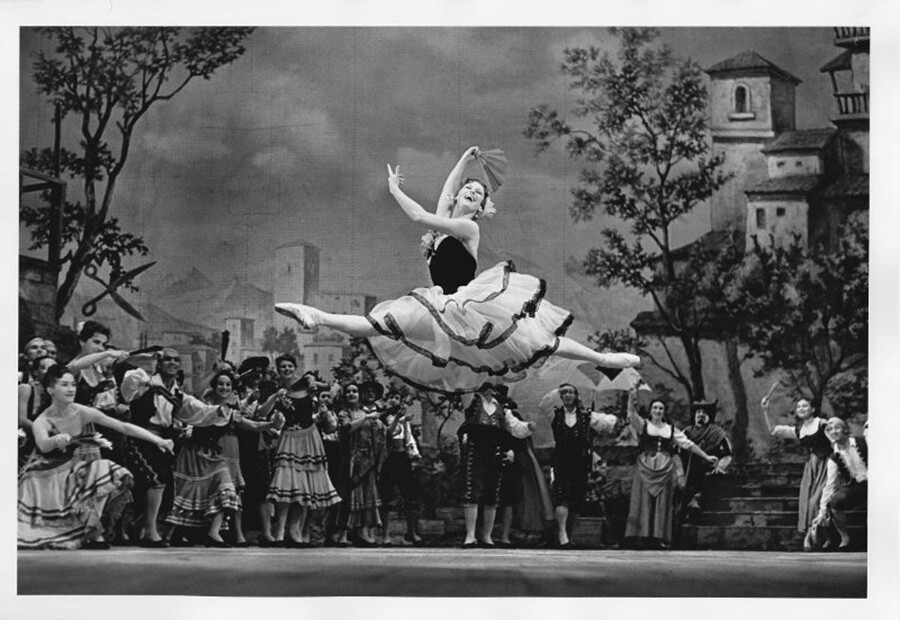 …or Nina Timofeyeva in ‘Swan Lake’. Both as Odette… 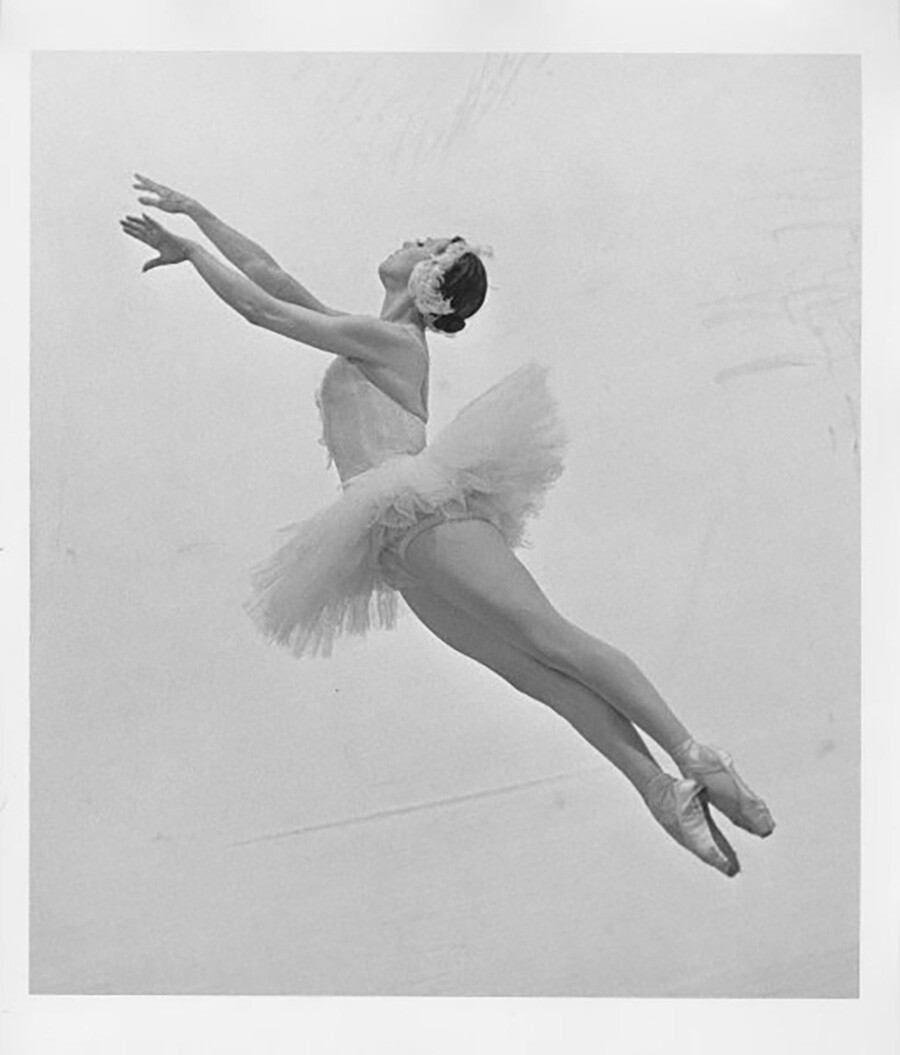 …and her evil alter ego Odile. 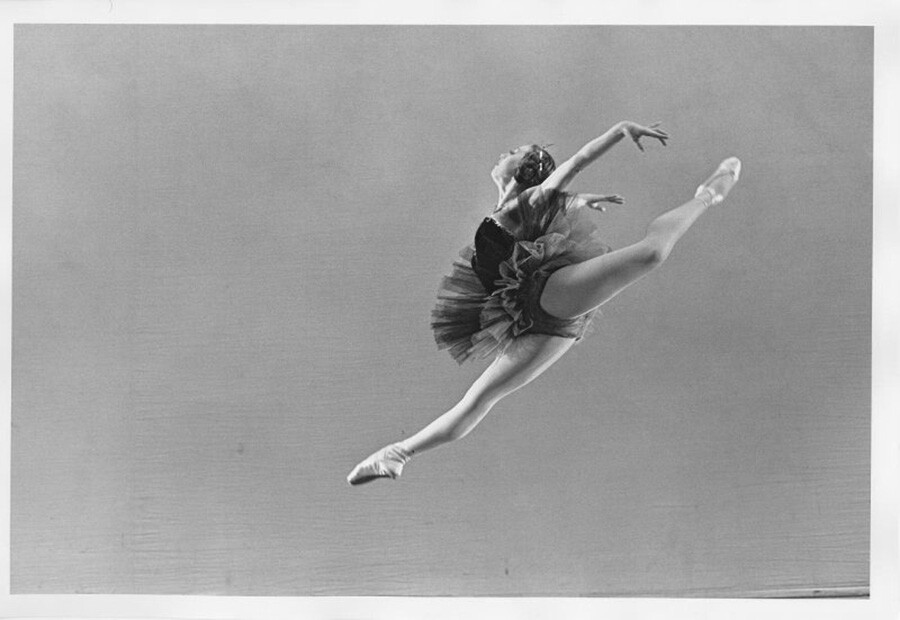 Men in ballet used to be in the shadow of the brilliant primas, but not Yaroslav Sekh. Pictured below, he is dancing the part of Paganini in ‘The Rhapsody’ ballet staged with Sergei Rachmaninoff’s music ‘The Rhapsody on a Theme of Paganini’. 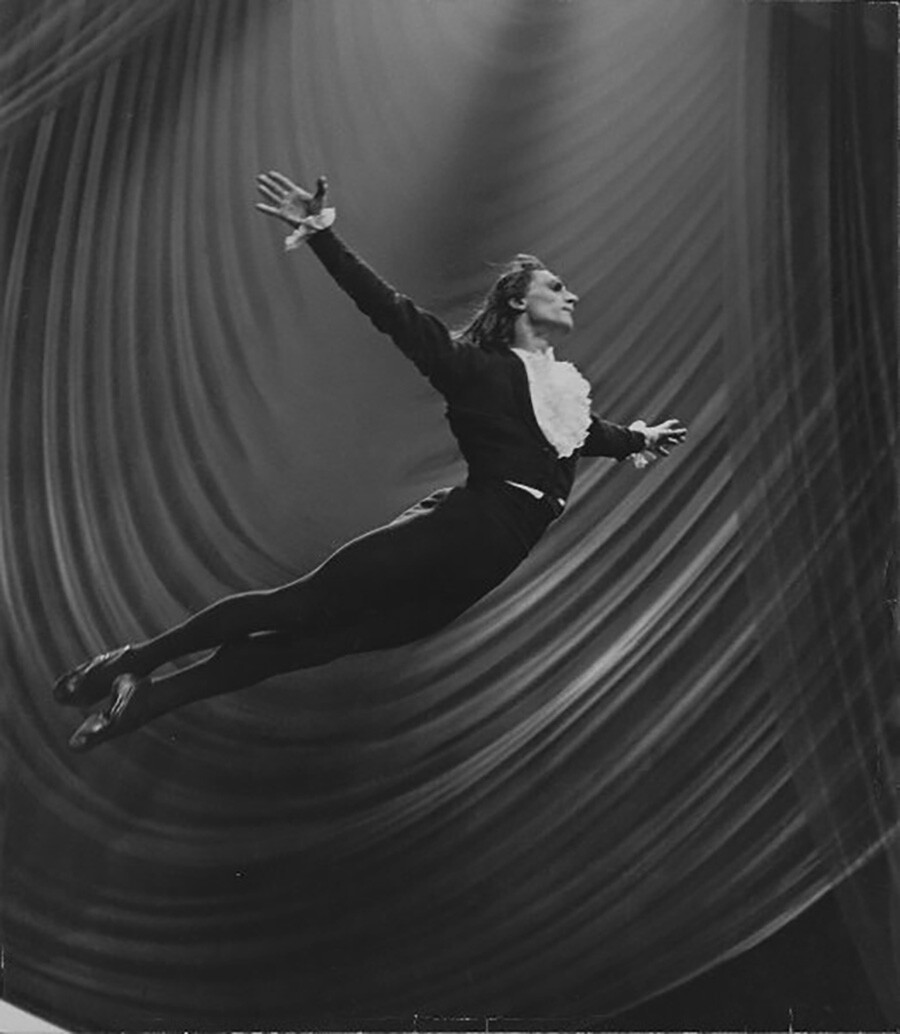 Some of Umnov’s iconic ballet photos are now considered to enter the golden fund of ballet photography. Just like this epic shot from ‘Swan Lake’. 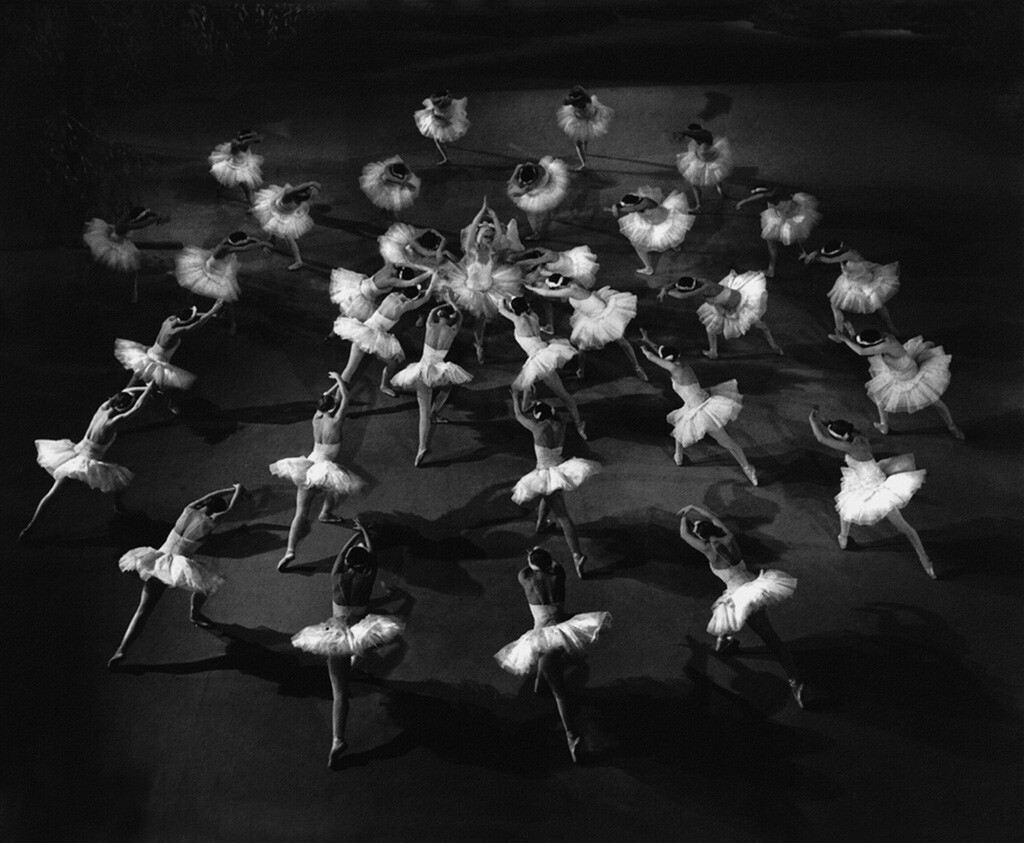 Moreover, Umnov showed that ballet actors are not only weightless heavenly creatures, but real people, at the same time. Here’s a photo by Umnov of ballerinas having a rest after starring in a film version of ‘La Sylphide’ ballet. We can see how cold a movie set pavillion is and that these fragile girls in their light dresses had to dress up. 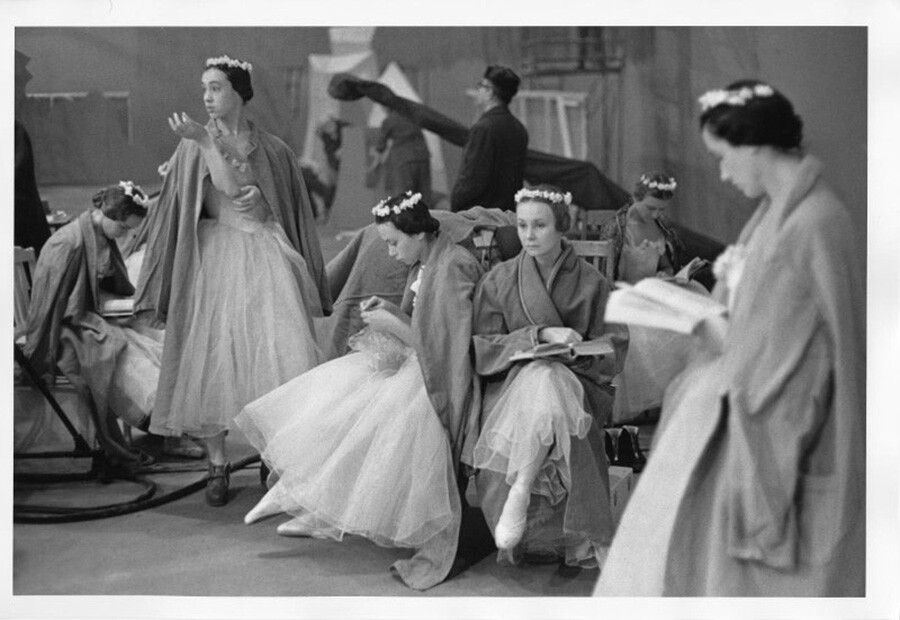 Or ballerinas in the cafeteria. Yes, they eat sometimes! 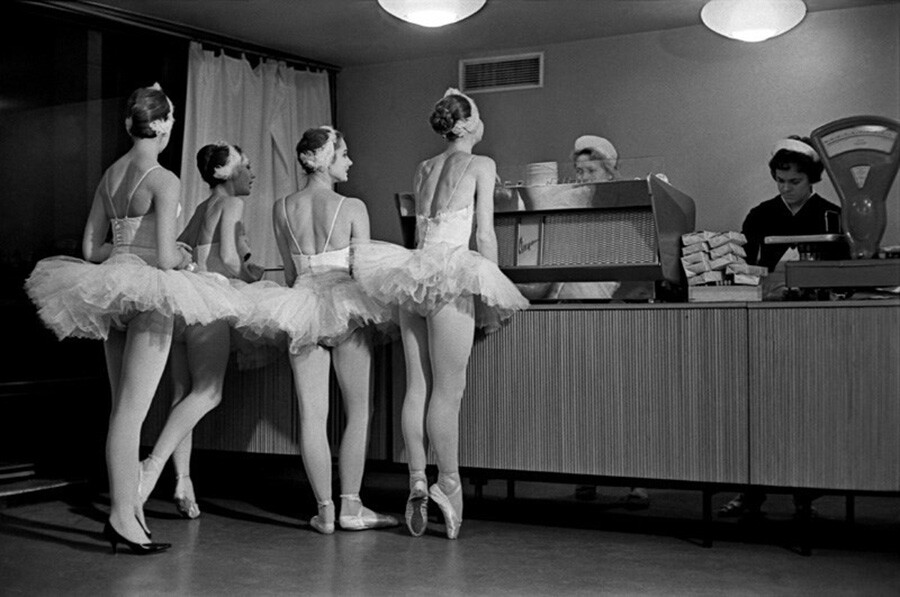 Well, at least they drink coffee! 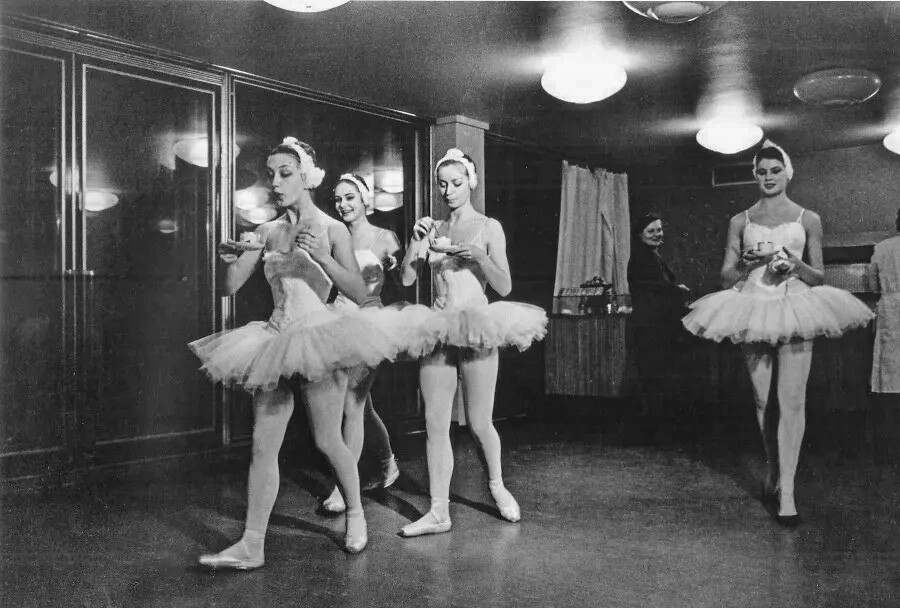 And always rushing to their positions hearing the last call. 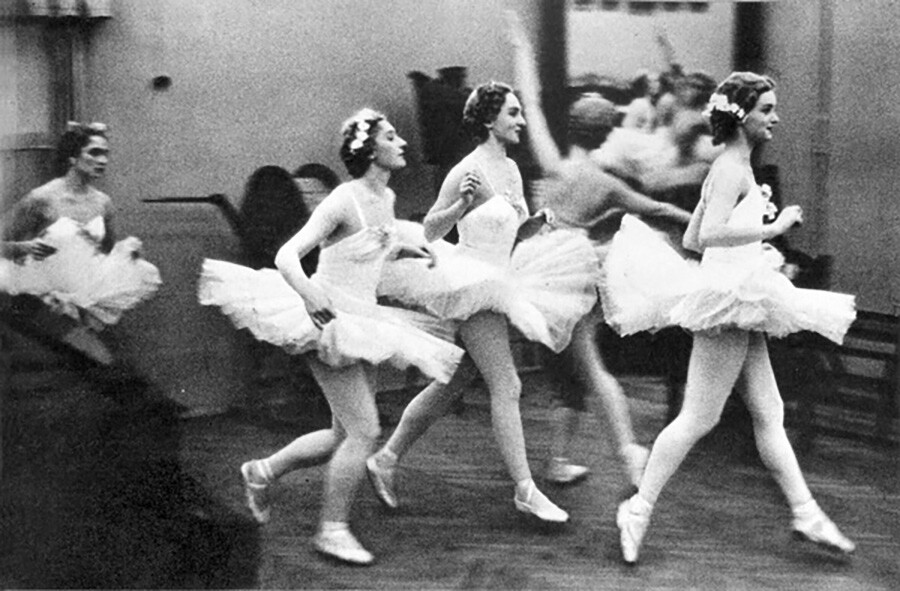 Umnov has also chronicled the young dancers preparing for their big ballet world. 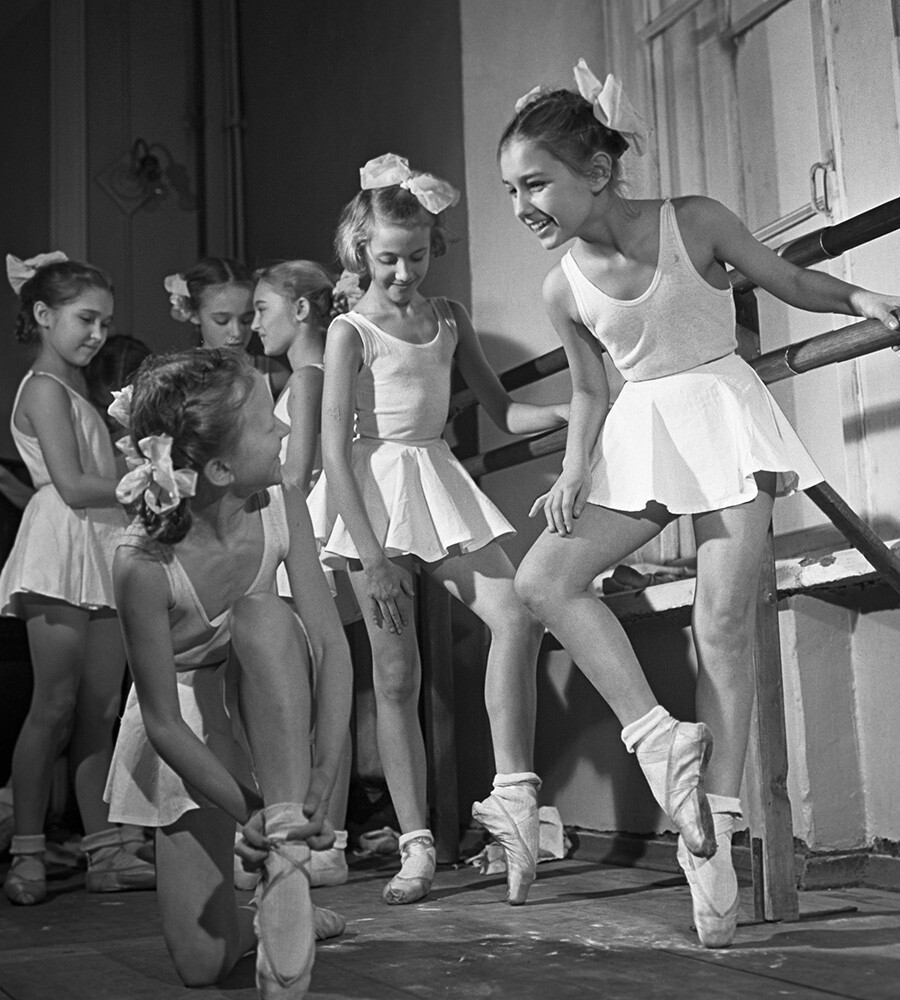