What’s behind ‘The Captain’s Daughter’, the iconic piece of Russian literature by Alexander Pushkin? 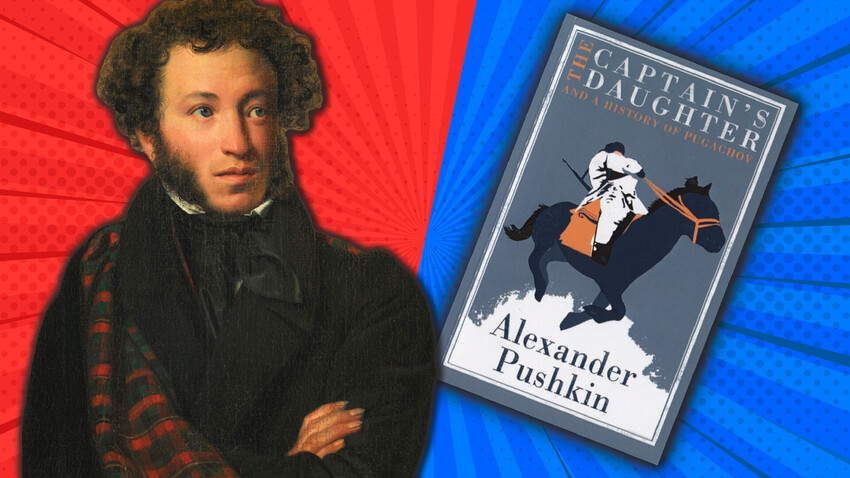 Russia Beyond (State Tretyakov Gallery / Public Domain; Alma Classics, 2012)
An epic tale of love and duty, this book is on every Russian’s must-read list.

When young, naive, naughty, but kind, nobleman Petr Grinev is enlisted to the army, his father shares some words of wisdom:

“Serve him faithfully, him to whom thou shalt swear allegiance; obey thy superiors; do not court their favour too much; do not be over anxious to serve; but do not either shrink thy duty and remember the proverb: ‘Take care of thy coat from the hour that it is new and of thy honour from the days of its youth’,” his father tells him.

This succinct guidance lies at the heart of one of the most celebrated works of Russian literature.

The events of the book happen in the 18th century. Pyotr Grinev, a sixteen-year-old son of a wealthy landowner, is enlisted in the armed service and sent to a small garrison on the outskirts of the Russian Empire. 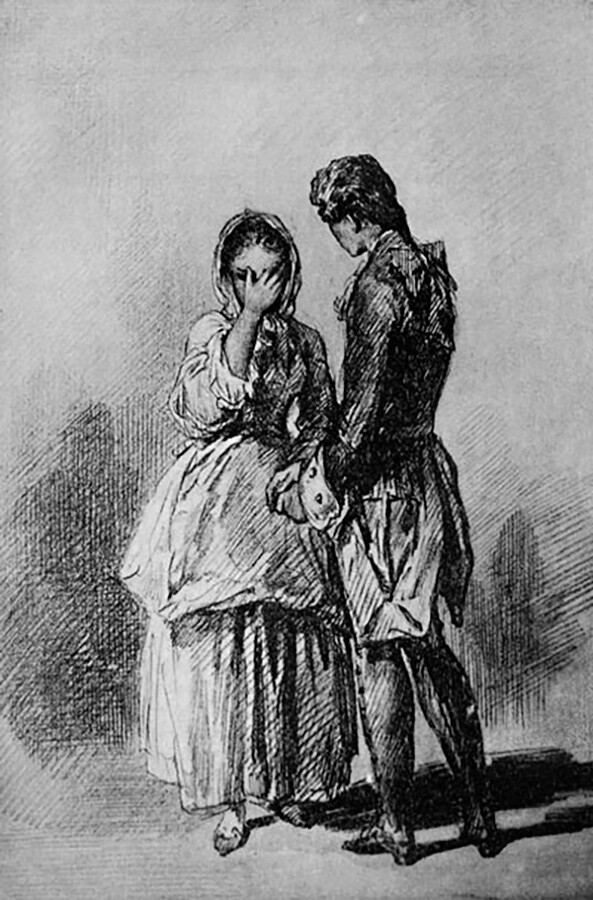 There, he falls in love with the daughter of the commandant of the garrison named Marya Mironova. A fellow officer in the garrison, Alexei Shvabrin, had already proposed to her, but was rejected. The officer quarrels with Grinev over the girl and wounds him in a duel. As the captain’s daughter nurses Grinev, she falls in love with him. Grinev wants to marry the girl, but his father forbids it. 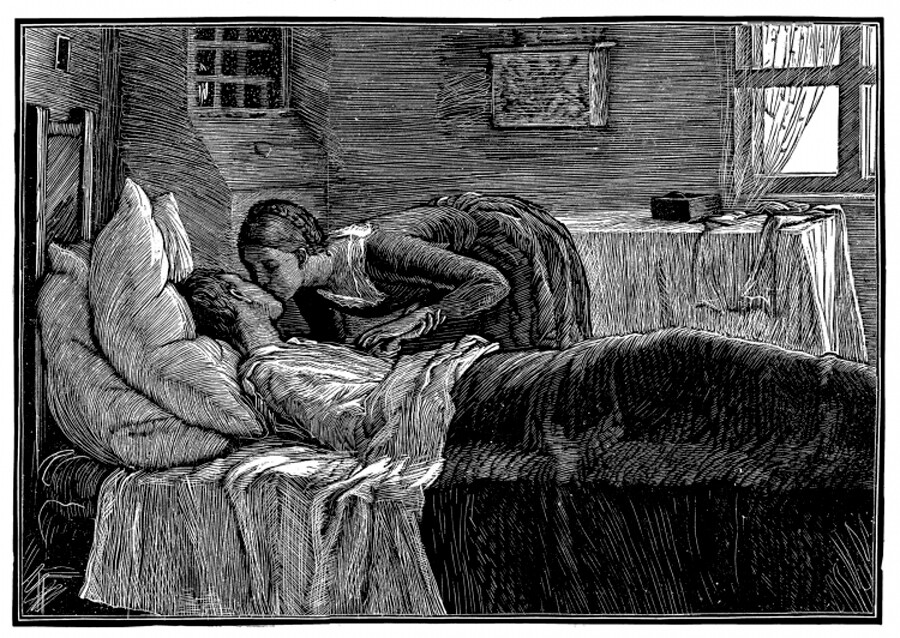 In the meantime, a peasant revolt begins. Rebels, led by impostor Yemelyan Pugachev, seize the garrison, kill the captain and proceed to execute Grinev by hanging. However, the leader of the rebels recognizes him as a person who helped him out in the past and pardons him. 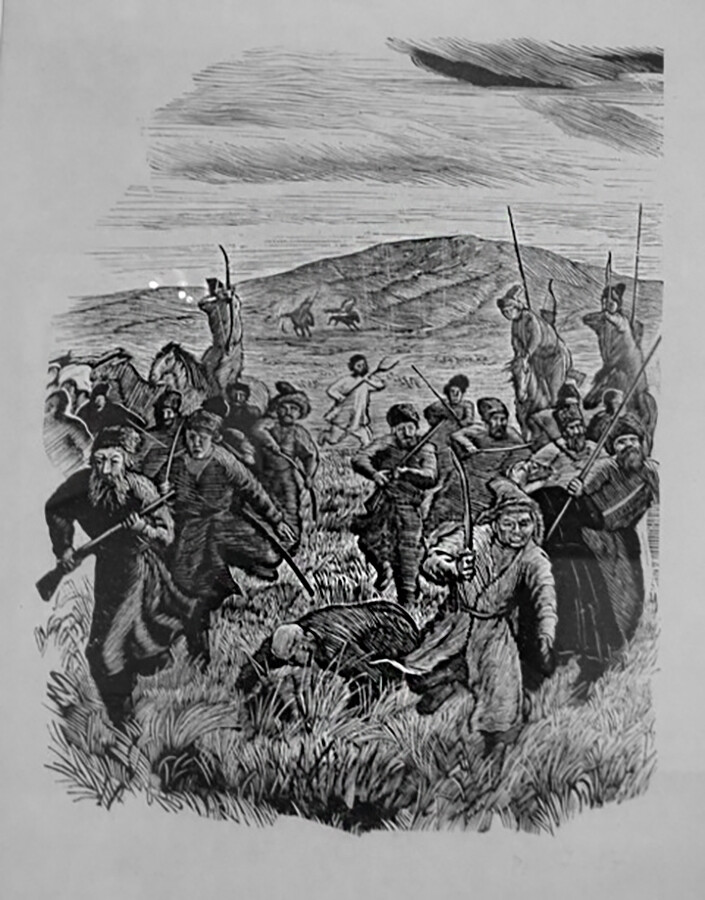 Grinev goes away unharmed, but Marya stays in the captured fortress under the control of Shvabrin, who defected to the rebels. Grinev receives a letter from Marya, who says the defector is forcing her to marry him against her will.

Grinev returns to the captured fortress and convinces the rebel leader to let Marya go with him. Grinev takes the girl to his parents and goes to join the fight against the rebels. 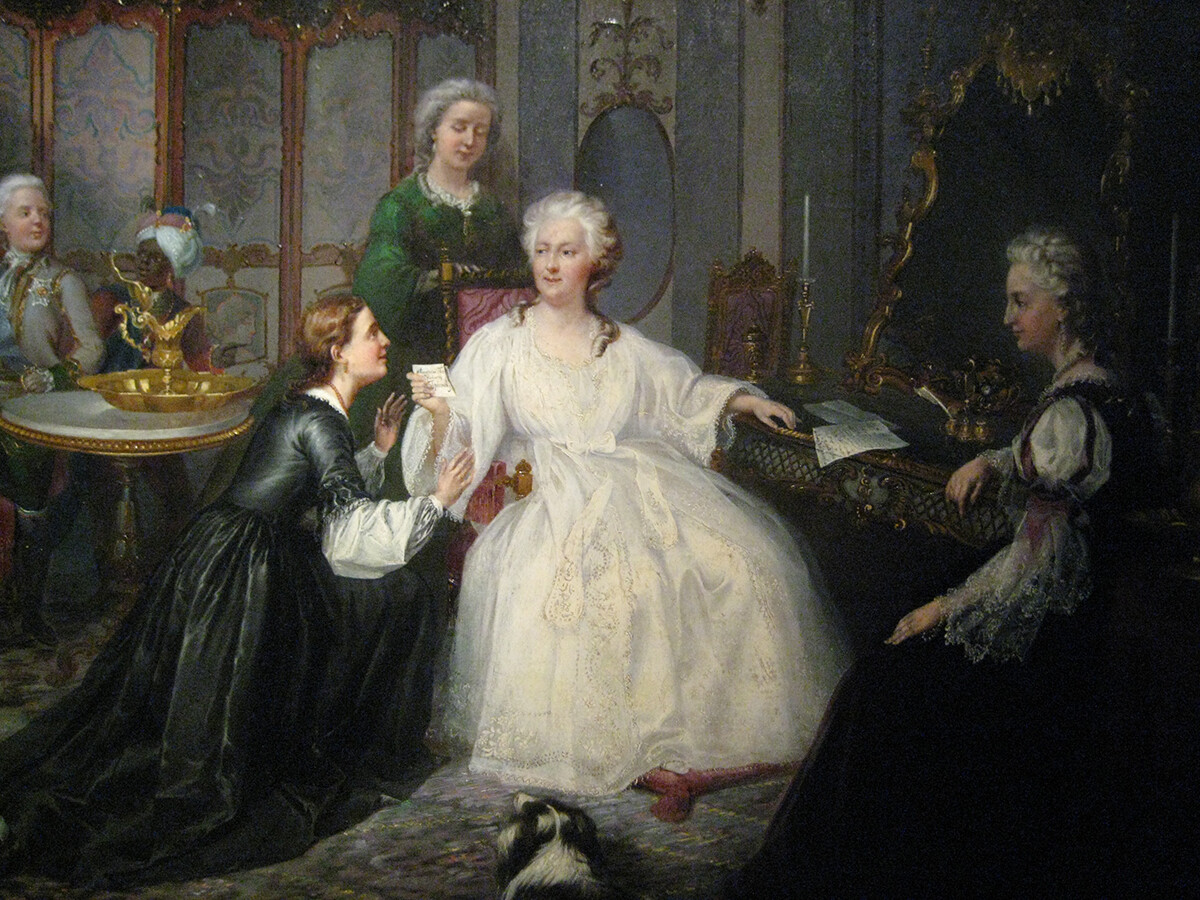 Presentation of a Letter to Catherine II, based on the novel "The Captain's Daughter," 1861.

When the rebellion is suppressed, grudge-holding Shvabrin falsely accuses Grinev of treachery. Wishing to save her beloved one, Marya goes out of her way to get an audience with the empress. She gives her an accurate account of the events that happened in the fortress and begs to pardon Grinev.

The empress believes Marya. She pardons Griven and the lovers get married.

The core idea of the book is quite straightforward. The author studies moral choices people make in difficult circumstances. By juxtaposing two different characters – an unyielding hero and an officer who switches to the rebels when it is convenient for him – Pushkin poses a question of why do different people make different moral decisions in the same circumstances. Why do some retain dignity, while others give in to pressure?

Another theme of the book is love. Pushkin, an incorrigible romantic, shows that love cultivates the best qualities in people and makes them brave and determined. Being in love, Marya and the hero withstand all hardships on their way and quite literally save each other’s lives.

As the events of the book take place against the backdrop of the Pugachev’s Rebellion in 1773-1775, it is also a great account of true historic events and a wonderful description of everyday life in Russia in the days long gone.

Click here to find out why Pushkin is so great.