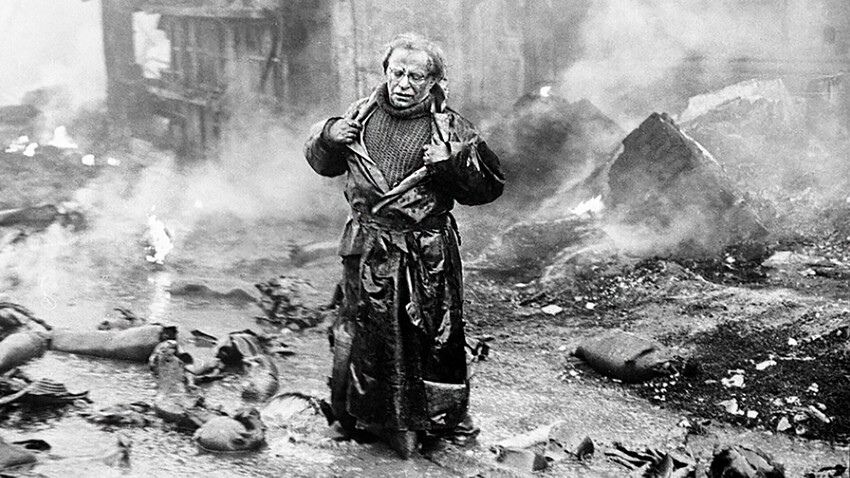 Lenfilm; First creative association
What scares us most – something from outer space, creatures from hell, the loss of loved ones, violence and totalitarianism? We assembled a list of truly terrifying movies. 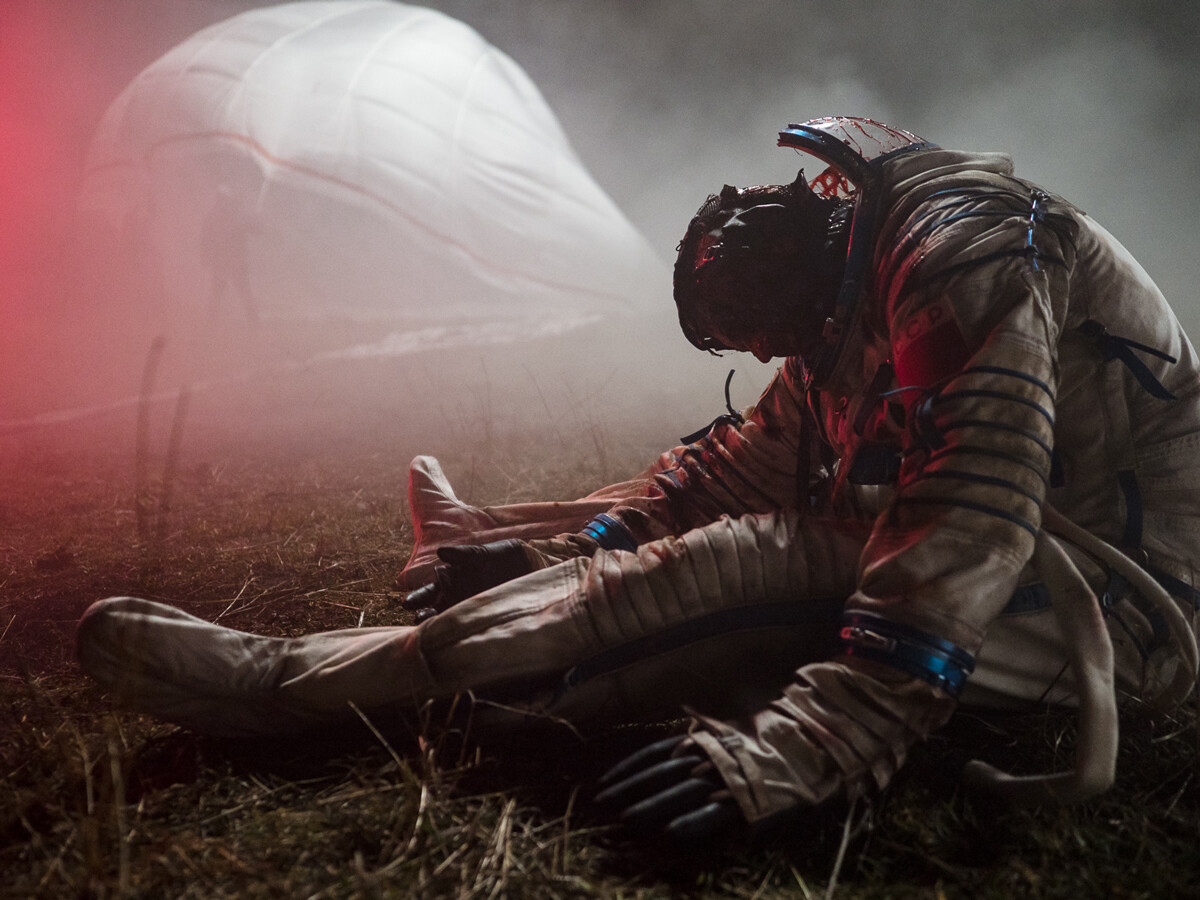 In the pandemic year, a movie called Sputnik came out (no connection to the vaccine). The film tells the story of how in 1983 a Soviet spaceship returns to Earth triumphant. But the crew is hiding the truth about a mysterious tragedy onboard that cost the life of a crew member. A surviving astronaut is blamed for the incident; and he is held in a top secret area under the control of the KGB. Soon, it becomes known that he brought an unknown life form back to Earth.

About a totalitarian state and blind faith: Dear Comrades! (2020) 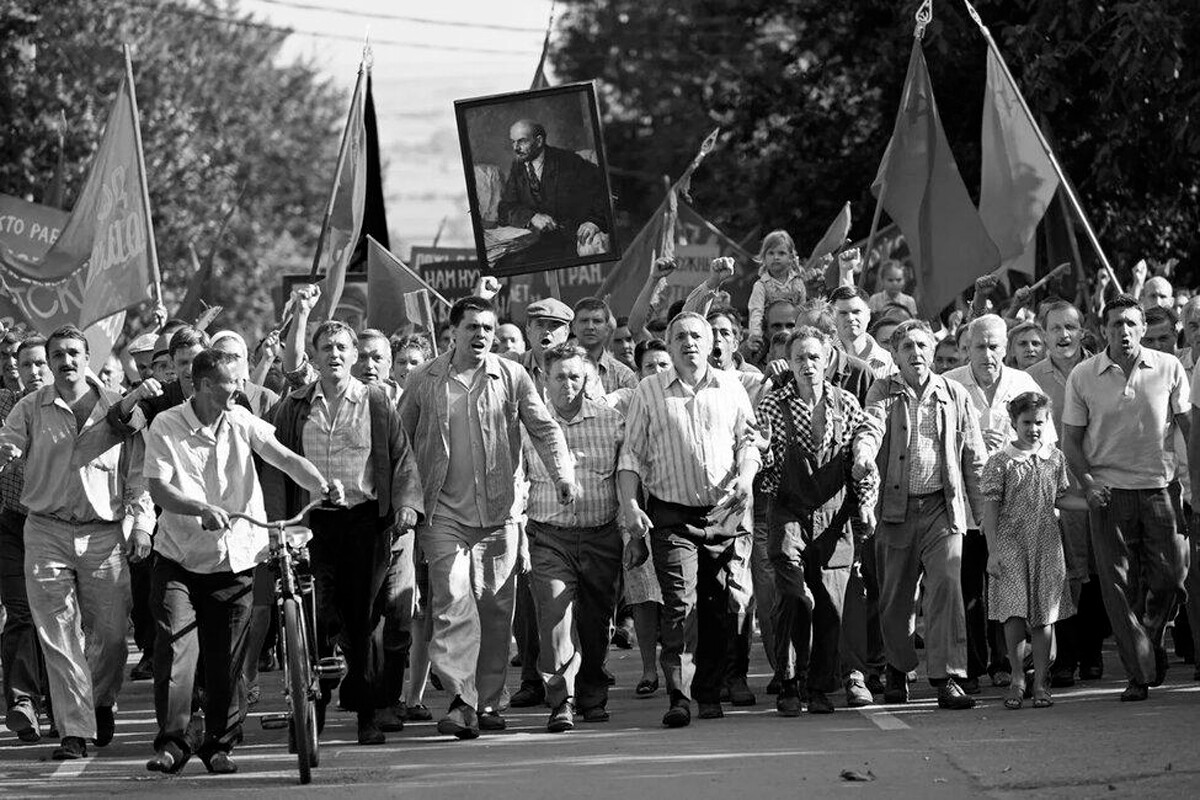 This Andrei Konchalovsky film is based on a real historical event – the Novocherkassk massacre in 1962, when the Soviet army and KGB suppressed a workers’ strike against price increases by wantonly shooting many of them. After that, the authorities  tried to conceal the true death toll with total censorship and setting up checkpoints around the city. This film covers one of the most disturbing events in Soviet history, and features shocking eyewitness accounts of people who were there. 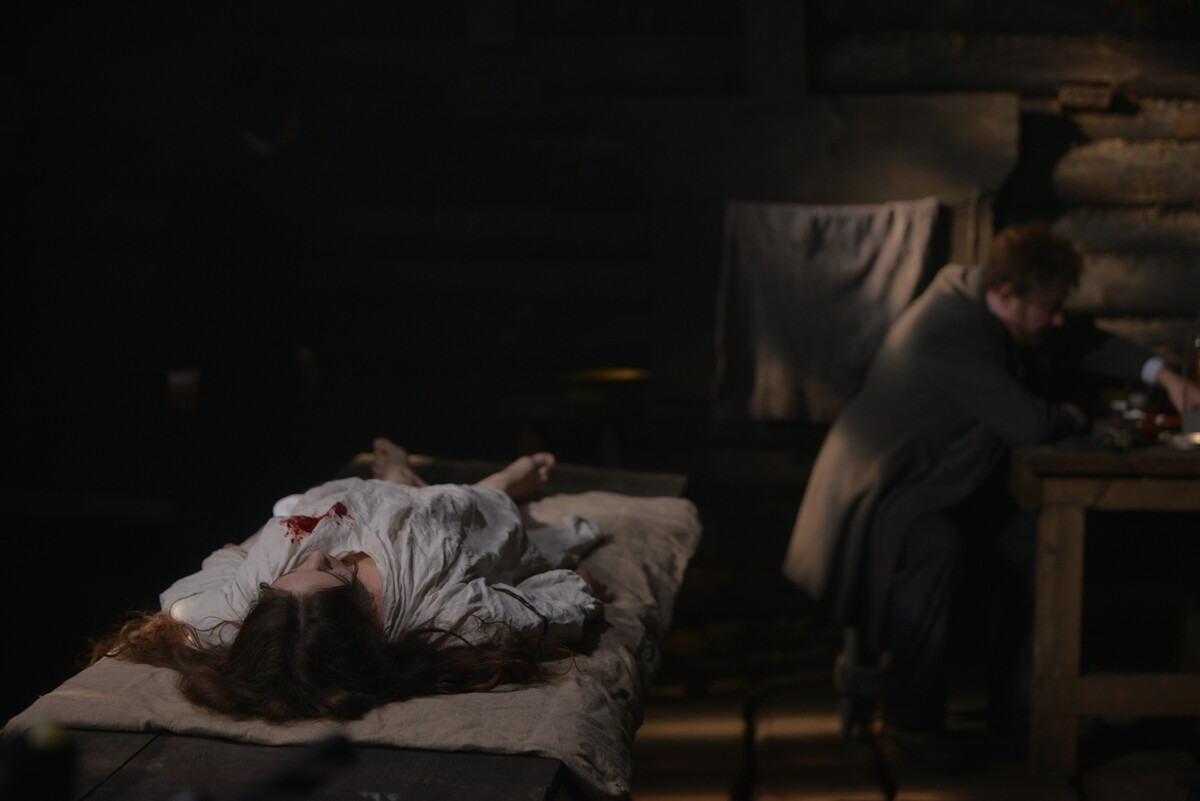 Viy is the name of a creature from ancient Slavic legend that comes to our world from hell. He has giant eyelids that hang to the ground. To open his eyes, he needs help. But if you look into his eyes… guess what happens?

Based on the terrifying story by Gogol — this trilogy of The Beginning / Viy / A Terrible Vengeance — is a modern screen adaptation of one of the spookiest books in Russian literature. 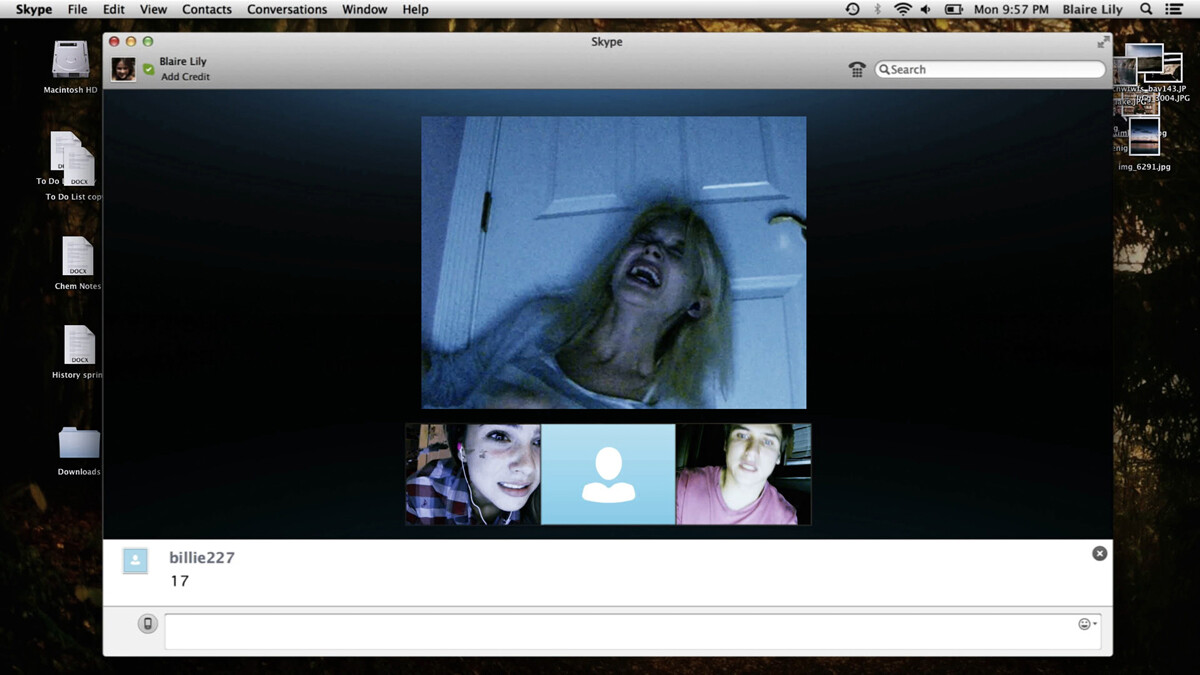 High school student Blaire chats with her classmates on Skype, in the meantime glancing at her Facebook page. Suddenly, she receives a message from her friend Laura, but there’s a problem – it’s been a year since Laura died. Thinking that her account has been hacked by some trolls, Blaire unfriends Laura. But, she (or someone posing as her) is not going away, appearing both on Facebook and on Skype. It’s impossible to switch her off or even leave.

In terms of suspense, Timur Bekmambetov’s film about virtual revenge from beyond the grave equals the finest examples of the mockumentary genre such as Paranormal Activity, but just without ghosts or other jump-scaring undead creeping around. That makes it even more unsettling: no cute fairy tales, only people who stare in webcams amid complete uncertainty of what happens next. 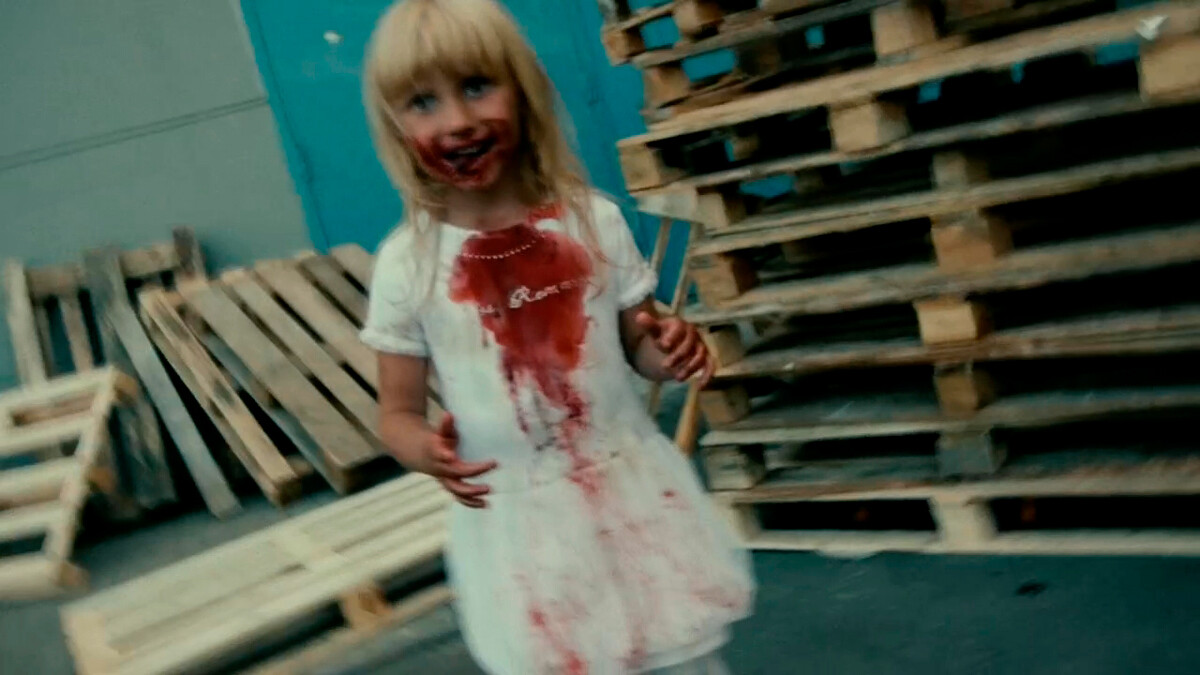 This is one of the first Russian movies in the “found footage” genre. The realism of this low-budget film (just $70,000) by film critic Mikhail Brashinskiy is beyond belief – it feels like you’re watching your friends’ social media stories but with very grim content. The plot centers on an alleged ancient Finnish tradition that once a year, during the summer solstice, each Finn should eat a foreigner. And that day is today. Ready or not, here we come. Yum-yum!

About losing loved ones and returning from the dead: Living (2013) 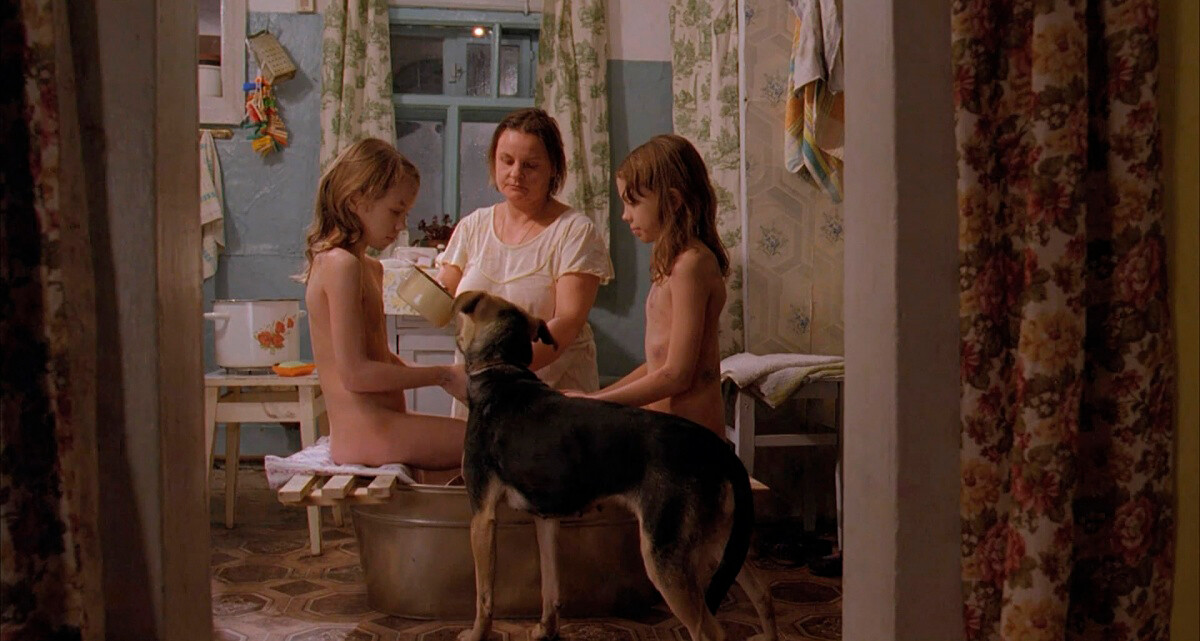 This is a movie about three people who faced the death of their loved ones – a heart-wrenching film about the scariest thing in life. All the characters need to gather their courage and get through the trauma, but they have to walk the painful path of this terrible experience.

Director Vasily Sigarev was blamed for abusing necrorealism – he doesn’t hold back in his artistic techniques and is not afraid to talk about the socially tabooed topic of death in Russia, making this movie equally brave and painful, as well as frightening. 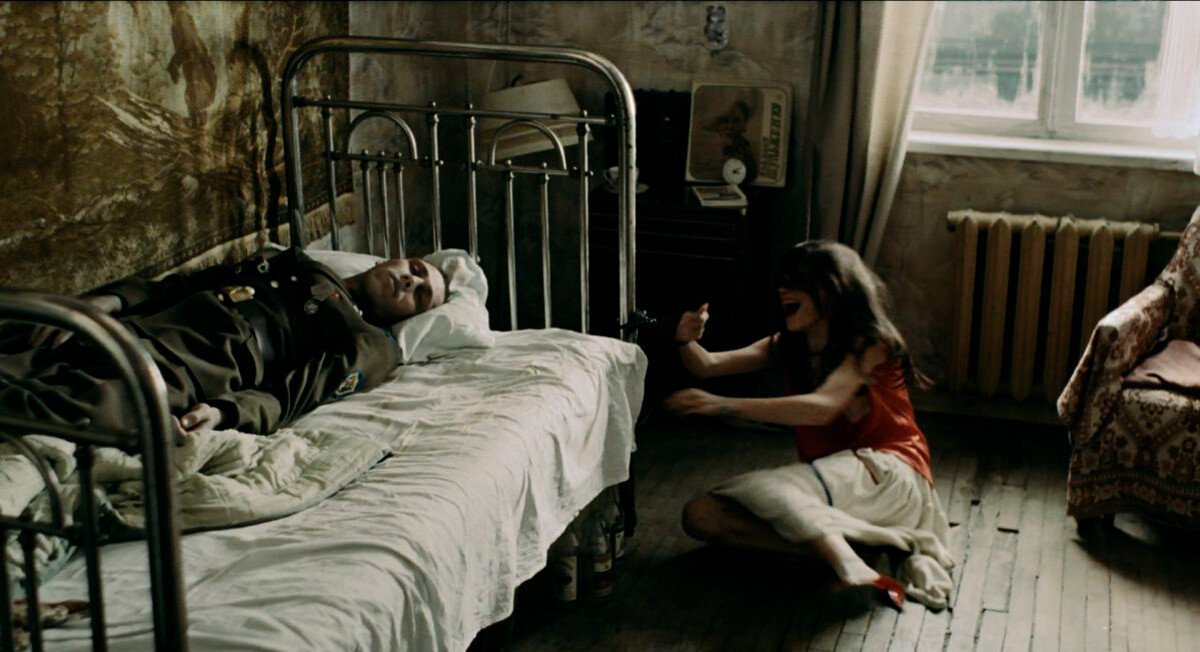 Cargo 200 is a military code word used to refer to the transportation of dead bodies. It’s 1984, the twilight of the Soviet Union and soldiers are fighting in Afghanistan – some return home in zinc coffins. Alexei Balabanov filmed the most shocking movie about this period, creating a metaphorical image for denouncing the “country of developed socialism.” This is a story of unprecedented stagnation, police brutality, horrible crimes, violence and total hopelessness. “I didn’t lie a single bit in this movie. Everything I wanted to say about that time, I said,” Balabanov remarked about the film. His statement about the era was so controversial and disturbing that some actors rejected their roles during preparation. The film eventually went on to critical acclaim, receiving the Russian Guild of Film Critics Award and appearing at the Venice Film Festival. 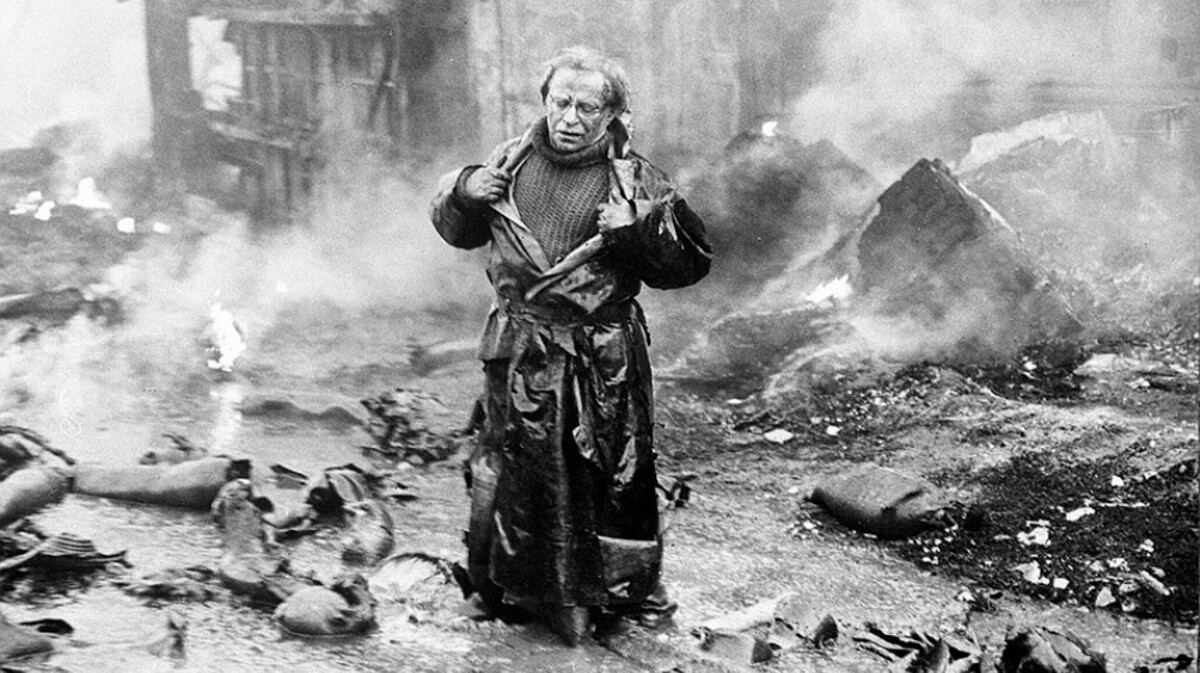 What will happen after a nuclear war? Simply nothing. Emptiness and desolation. But the Nobel Prize laureate Larsen hides from a nuclear holocaust in the basement of a history museum along with those who worked there. They don’t know if the war still continues, and each lives through the tragedy of humanity’s brutal end in their own way. The main question that bothers Larsen is: How could mankind destroy itself with its own hands? He even devises a mathematical formula in search of an answer – and comes to a paradoxical conclusion.

The release of Konstantin Lopushansky’s film almost coincided with the Chernobyl disaster in April 1986. Author Arkady Strugatsky called the film a “clever and brutal drama about modern people in a situation that humanity should exclude from history with its best effort.”