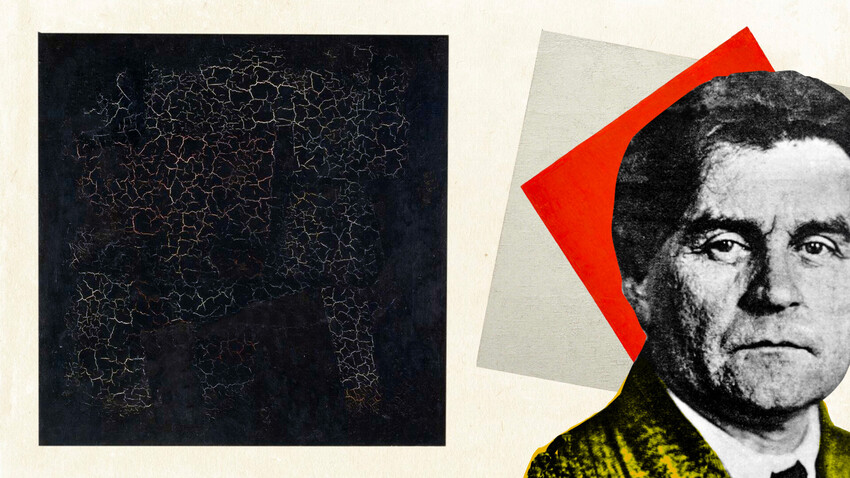 Kira Lisitskaya (Photo: Legion Media; Tretyakov Gallery; Russian Museum; MoMA)
These facts about one of the most famous pieces of Russian art are as strange and odd as the ‘Black Square’ itself.

The original name of the most famous painting by Kazimir Malevich is actually not ‘Black Square’, but ‘Black Supremacist Square’. But, that’s not all the peculiar information about the masterpiece… 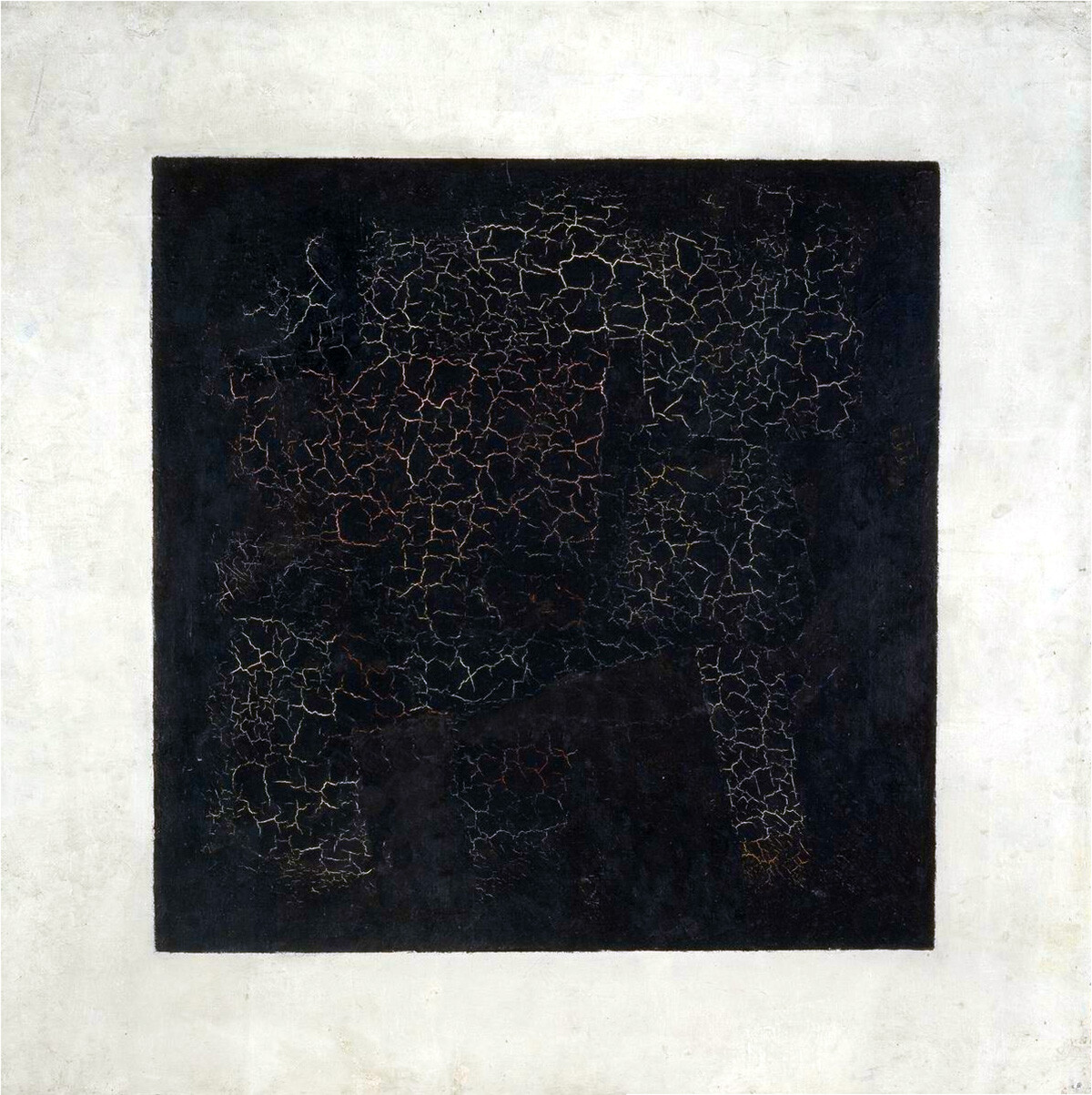 Malevich’s black square is actually not a square at all: none of the sides are parallel to each other nor the frame of the painting. Technically, it’s just a rectangle.

And it’s not black. Malevich used a special solution of paints, in which there was not a single black one, so the name of the painting does not quite correspond to reality.

2. It has two dates of creation 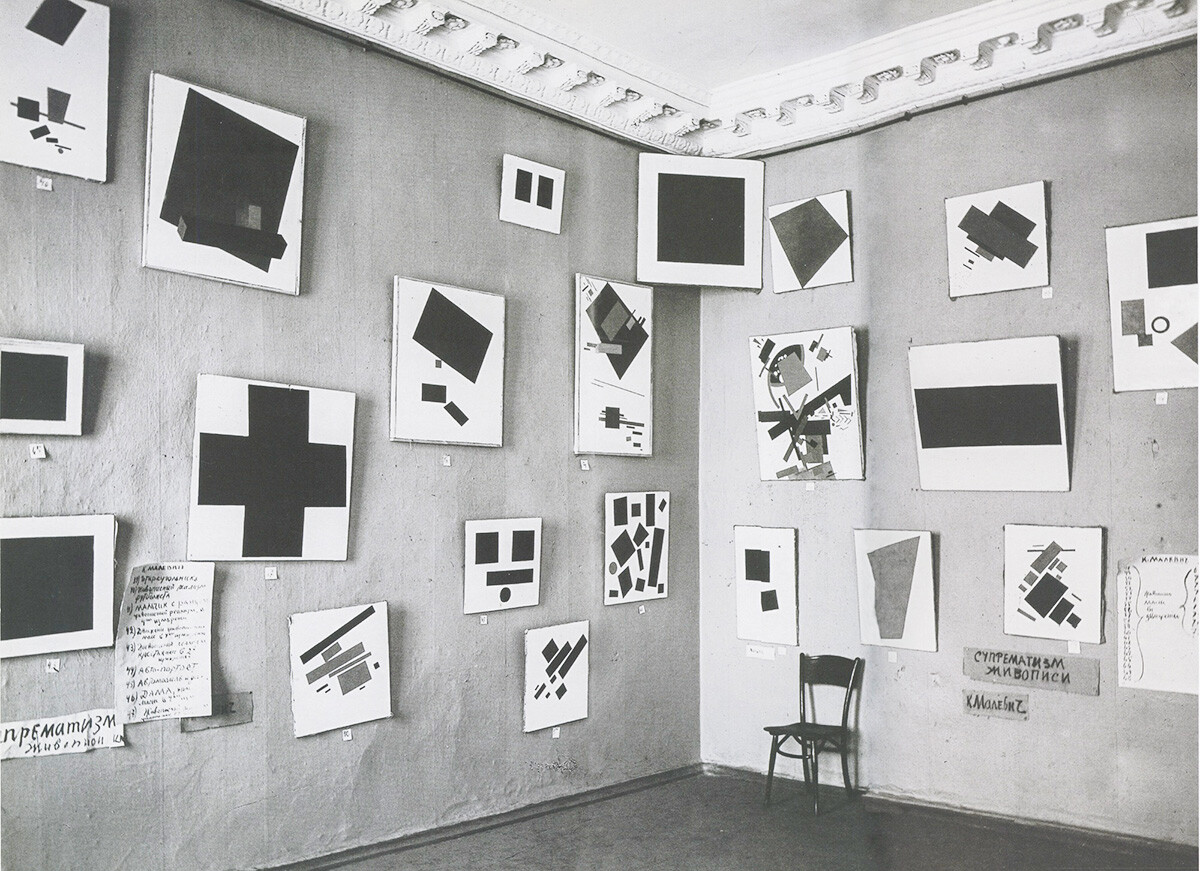 ‘Black Supremacist Square’ was originally “invented” by Malevich in 1913, as part of a design for a stage curtain in the Russian Futurist/Cubo-Futurist opera ‘Victory over the Sun’. The artist did not attach any importance to the actual date of creation of the painting. The ‘Black Square’ was first painted in 1915 for ‘The Last Futurist Exhibition of Paintings 0,10’ that took place in Petrograd from December 19, 1915, to January 17, 1916. The “Square” was created among other supremacist paintings and, when it was created (in June 1915), Malevich still painted “1913” on the back of the 1915 canvas, emphasizing that the work was originally created in 1913, only painted in 1915. The author invariably called his work ‘The Main Supremacist Element. Square. 1913’.

3. It’s actually a part of a triptych 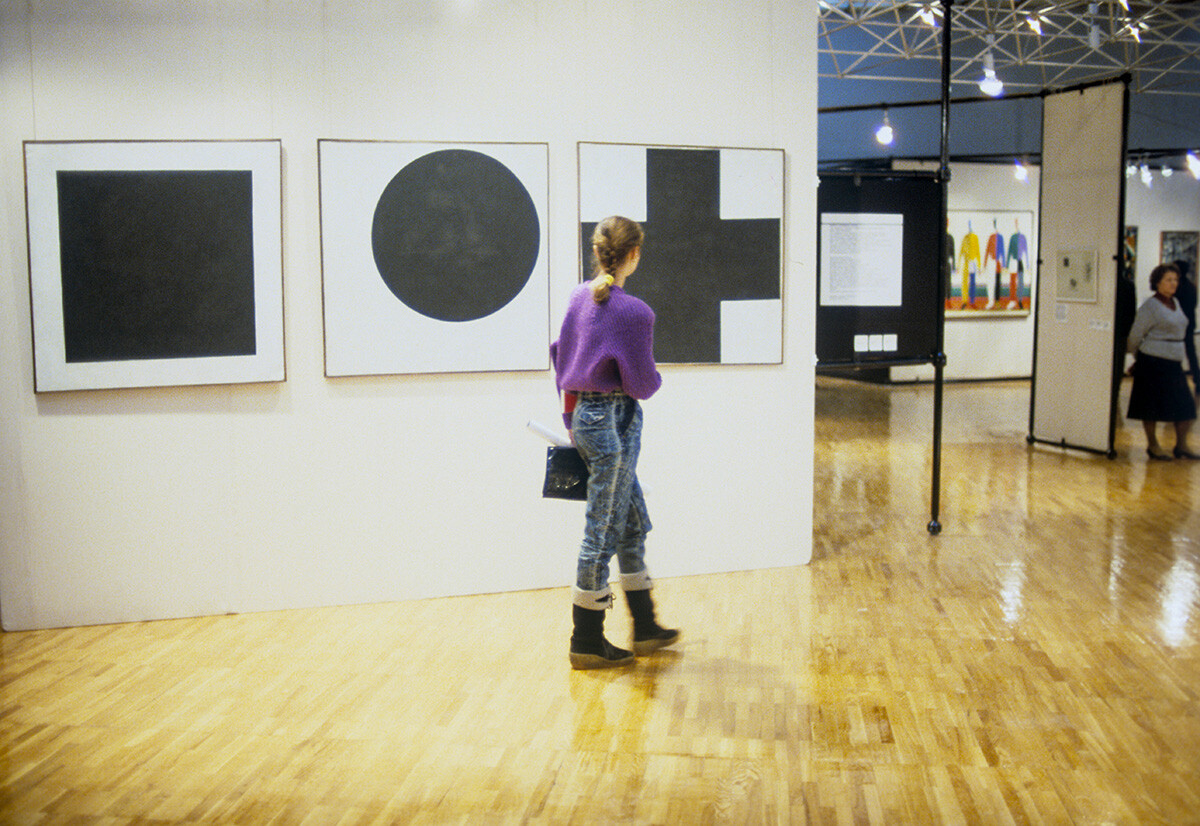 When the ‘Black Supremacist Square’ was first exhibited in 1915, it was shown along with two other “main supremacist forms” – ‘Black Circle’ and ‘Black Cross’, which are less known than the ‘Black square’.

4. It’s painted over another painting 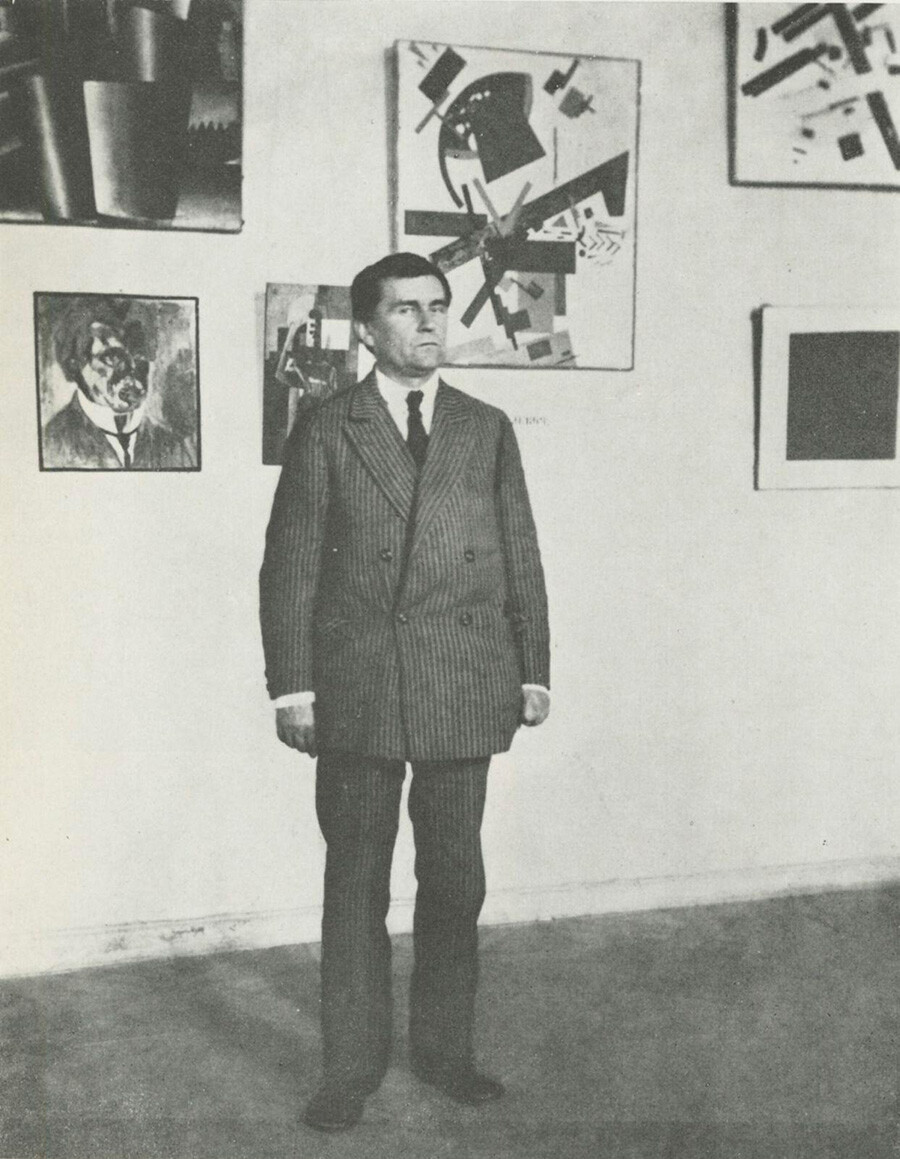 Also, the researchers were able to read a pencil inscription. “The inscription is made in black pencil on a dried layer of white, consists of three words and is read by us as ‘the battle of negroes’, presumably ‘at night’,” researcher Ekaterina Voronina said. 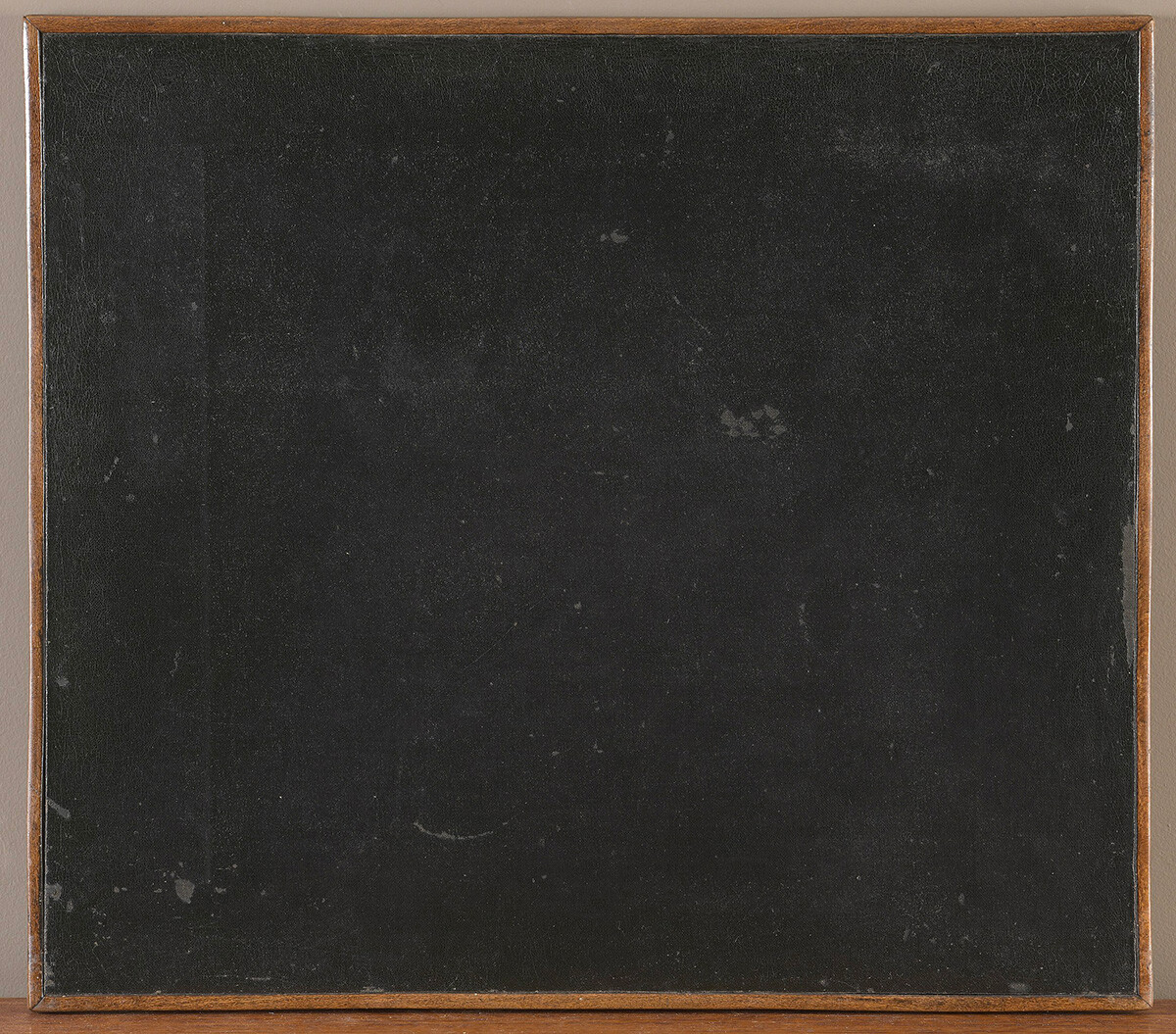 The inscription that was discovered was made by Malevich himself, graphologists argue. In the inscription, he refers to probably the first ever total black painting that Malevich never saw, but apparently heard of – ‘​​Combat de nègres pendant la nuit’ (‘Battle of negroes at night’), painted in 1882 by Paul Bilhaud – not a painter, but a playwright and librettist. The ‘Battle of negroes at night’ is just a total black canvas. Missing since 1882, this painting was found in 2017-2018 in a private collection.

However, even Bilhaud’s painting is not the first ever depiction of black – English physician and occultist Robert Fludd published an image of “Darkness” in his 1617 book on the origin and structure of the cosmos; and French illustrator Bertall published his black ‘Vue de La Hogue (effet de nuit)’ in 1843.

6. There are 4 existing “Black Squares” in the world – and all of them are in Russia 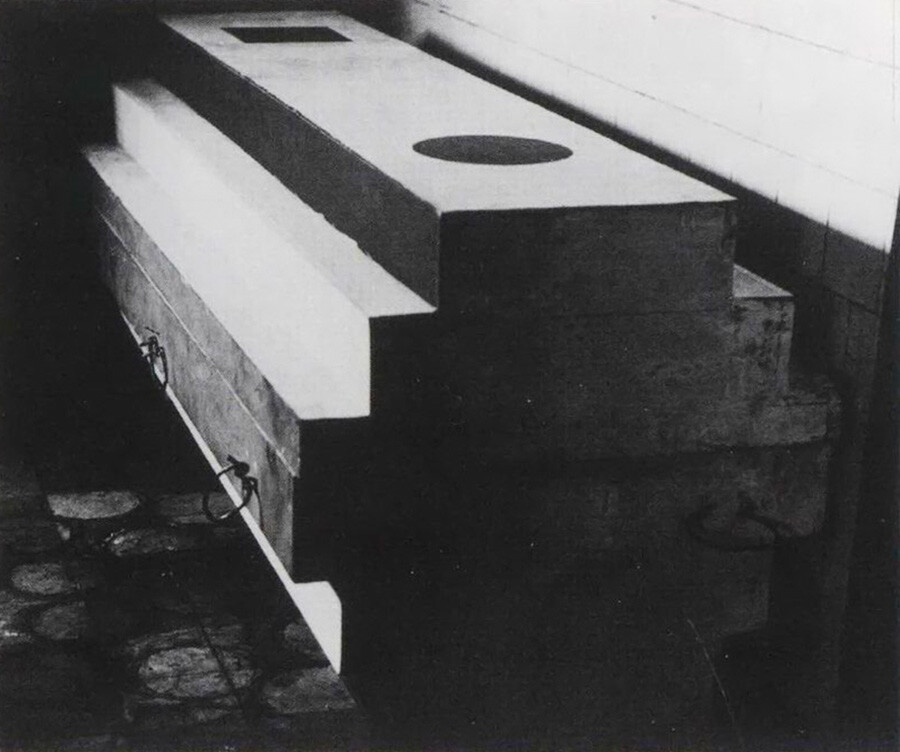 The fourth ‘Black Square’ is the most mysterious one. It was created in 1932 and measures 53.5 by 53.5 cm. It was unknown before 1993, when it surfaced in Samara – a person whose name isn’t disclosed brought it to a bank as collateral for his loan. The painting wasn’t reclaimed and was eventually sold to oligarch Vladimir Potanin, who then gave it to the State Hermitage, where it is stored now. 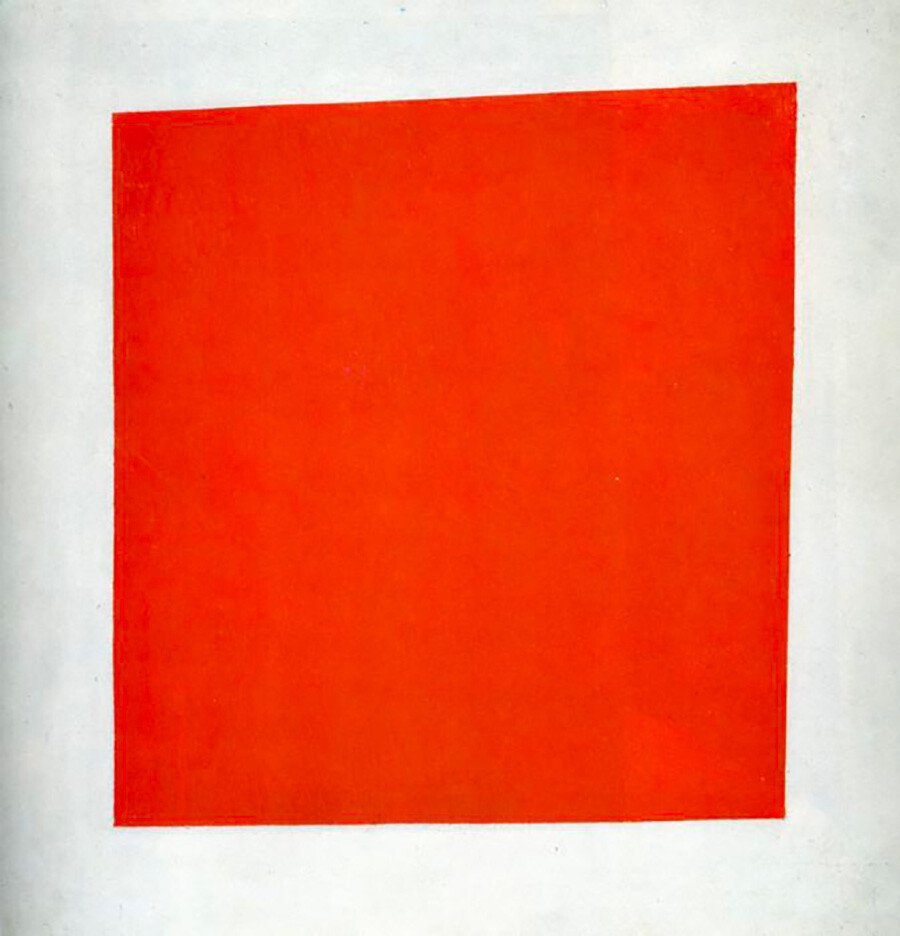 ‘​​Painterly Realism of a Peasant Woman in Two Dimensions,’ 1915, by Kazimir Malevich

The ‘Red Square’, called ‘​​Painterly Realism of a Peasant Woman in Two Dimensions’, was painted by Malevich in 1915 for the same exhibition that ‘Black Square’ was first shown at. 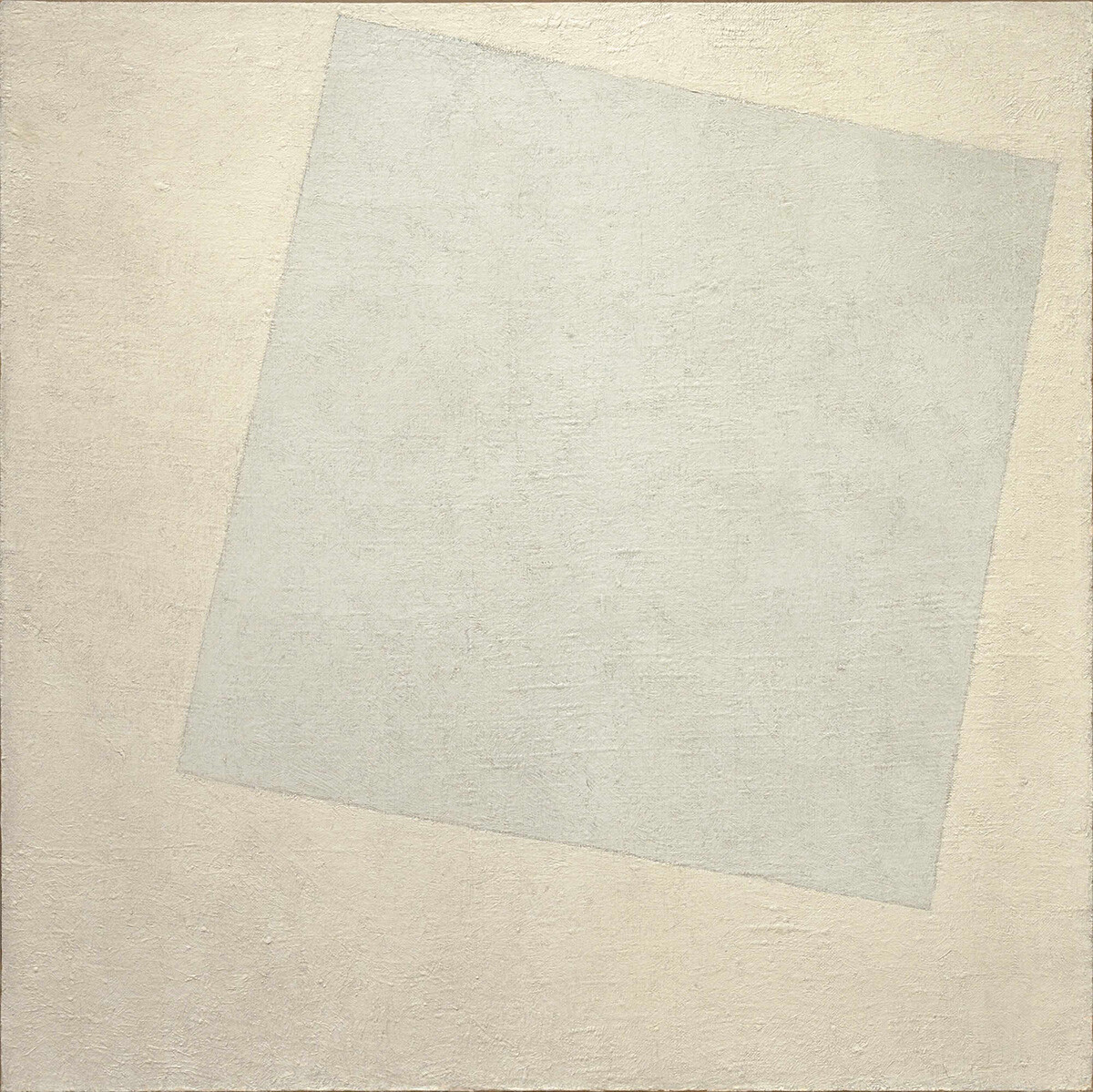 The ‘White Square’, called ‘White on White’, was created in 1918. It is painted in two close shades of white. The background of the painting is painted with a slightly warm shade, with a fraction of ochre. The square is painted with a cold bluish tint. ​​The artist himself wrote: “The supremacist three squares are the establishment of certain worldviews and world-building… black as a sign of economy, red as a signal of revolution and white as pure action.”