Who is Joseph Brodsky & why is he considered a great Russian poet? 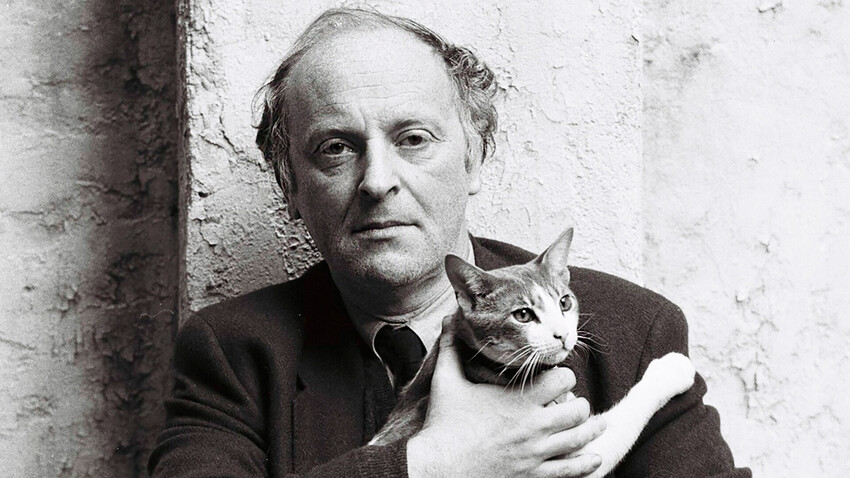 Bengt Jangfeldt
Inner freedom and the anti-establishment character of the poet helped him create a brand new way of speaking about the key problems of human existence.

Joseph Brodsky was a poet, an essayist and a translator. His poetry stood out for its fundamentally new language. The themes and the style of the poet were the source of his disagreement with the state: he was harassed in the press, convicted and sent to exile for parasitism, his works were not allowed to be published and, later, he left the USSR. Popular overseas, Brodsky became a professor at several American universities and, in 1987, received a Nobel Prize in Literature “for an all-embracing authorship, imbued with clarity of thought and poetic intensity”. 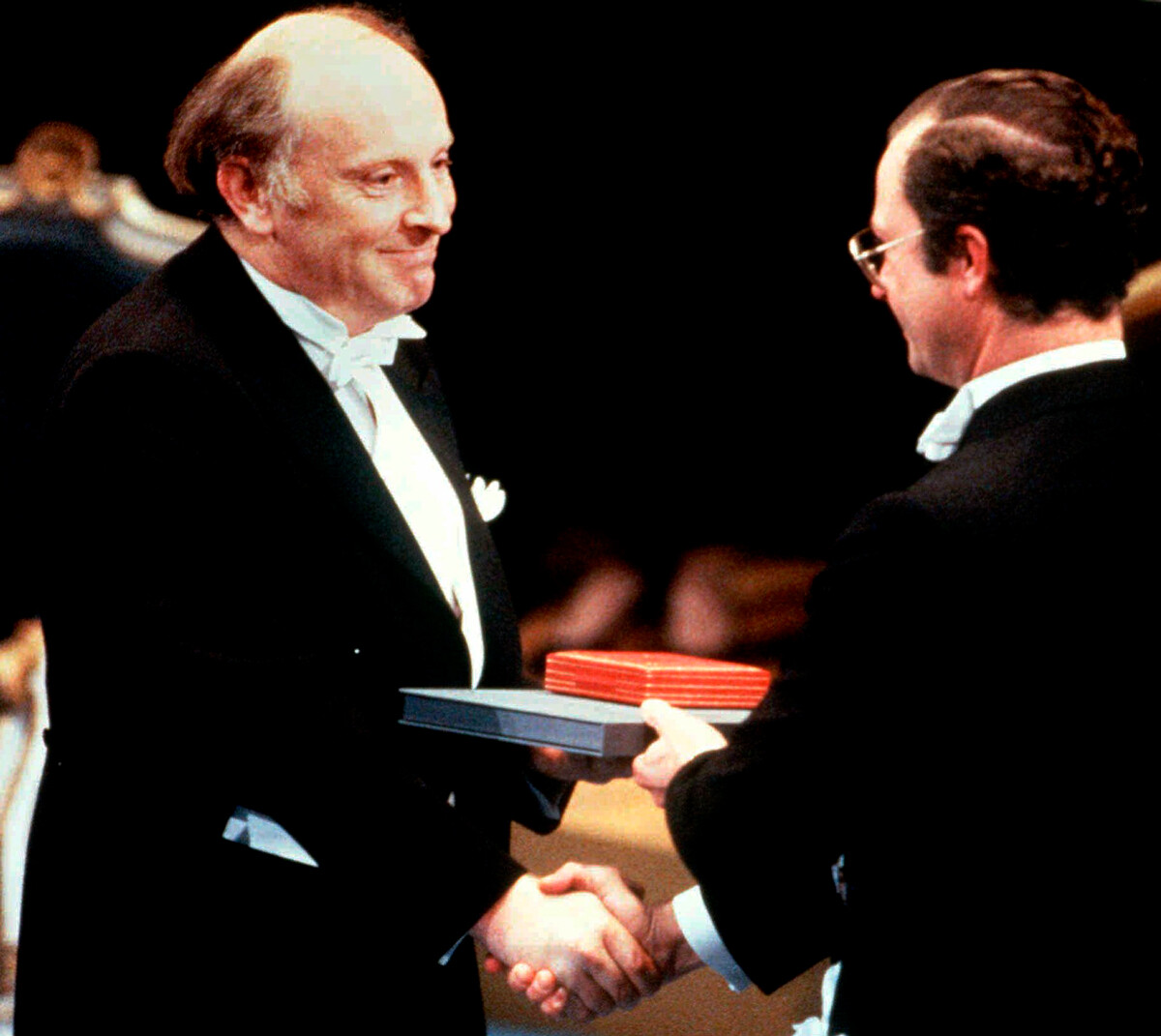 Nobel Prize-winning poet Joseph Brodsky is shown in this December 10, 1987 file photo as he receives the prize from Swedish King Carl XVI Gustaf at the Nobel ceremony in Stockholm.

Joseph was born on May 24, 1940, a year before the USSR entered World War II. His mother was an accountant, while his father – a photojournalist. The family lived in Leningrad. On September 8, 1941, the siege of Leningrad began, but, after the first winter under siege, in April 1942, Joseph and his mother (his father was sent to the front in 1941) were evacuated to Cherepovets (in the north of Russia, about 500 kilometers from Moscow) and returned to their hometown only after the siege was lifted. 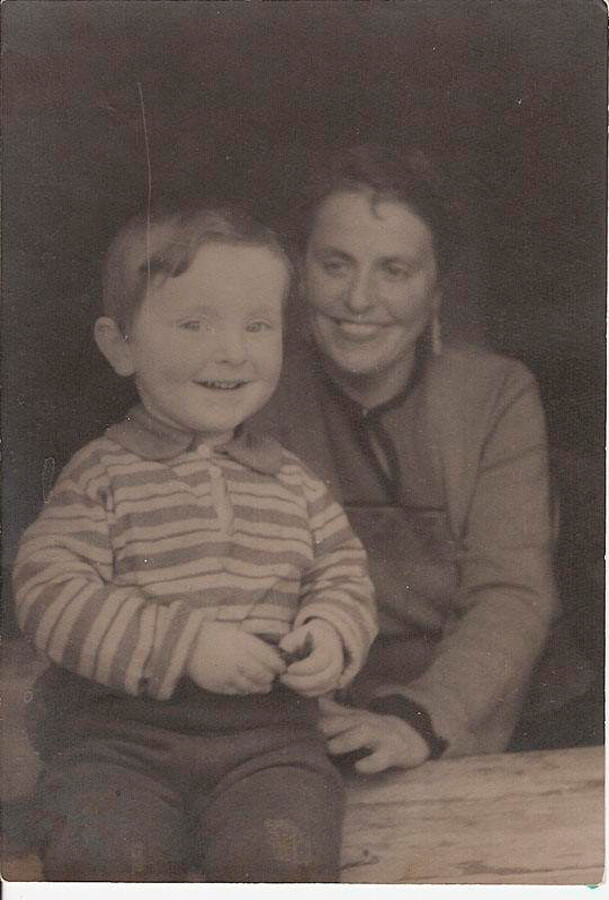 Brodsky finished only seven years of school (back then in the USSR, that was the mandatory minimum) and, at the beginning of the 8th grade, he dropped out of school and became an apprentice of a milling machine operator at a factory. The poet himself later remembered that as “the first free choice” of his life.

Poet, essayist and Brodsky’s friend Lev Loseff said that Brodsky as a child was “overly impressionable; he often couldn’t handle conflict or even simply highly emotional everyday situations - he could jump to his feet and run away from home just in the middle of a family celebration from being overwhelmed with emotion.” Joseph, remembering it, said, “My psyche was weakening.”

Joseph fell in love with reading back in his early childhood, but he was reading prose. Poetry caught Joseph’s interest at a conscious age. The poet himself noted that he read the first book of poetry at 16 at the advice of his mother; at school, he didn’t read anything beyond the school program. By 17, he began reading poems constantly and quickly discovered his poetic talent. At the same age, he wrote one of his famous poems, ‘Goodbye’.

The poet’s behavior and creative work didn’t align with social and aesthetic Soviet attitudes. He often changed jobs: after the factory, he worked as an assistant in a morgue, a stoker in a banya, as a sailor at a lighthouse, while also participating in geological expeditions. Along with that, the poet was publishing his works in samizdat (handprinted gazettes), talked to “non-conformist” individuals; he wrote, by Soviet standards, “non-socialist” poems, incomprehensible for normal, working people. But, essentially, Brodsky was not a dissident: he didn’t criticize the Soviet system and authority, he didn’t call for its overthrow - his position was rather like detached non-resistance. As Brodsky himself said: “It doesn’t matter to me, whether there is a Party or there’s none, only good and evil exist for me.” 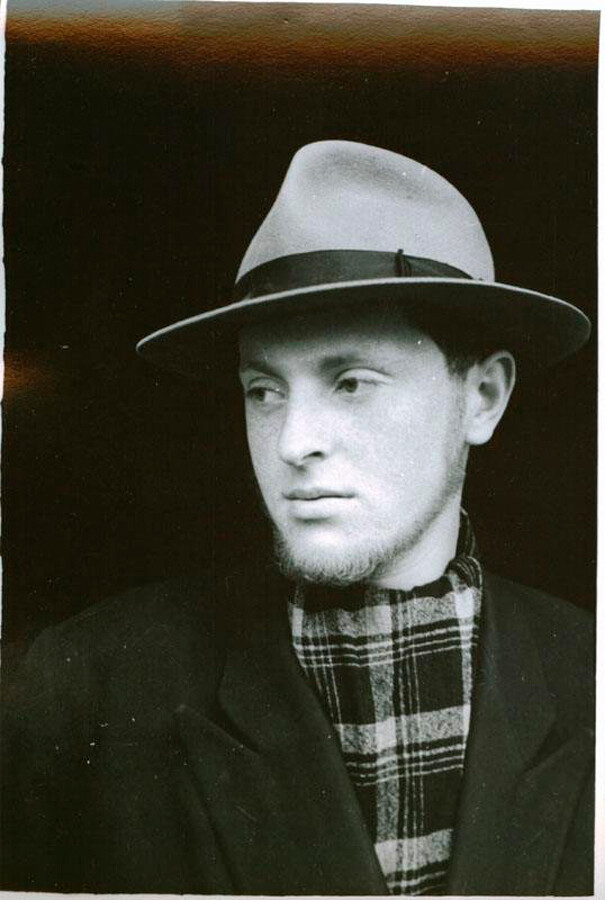 This anti-establishment character and political apathy were motives enough for prosecution. In 1963, in the newspaper ‘Evening Leningrad’, an article was published, in which Brodsky’s poetry was harshly criticized and he himself was called a “parasite”. Soon after, Brodsky was convicted for parasitism, which was punishable by law and exiled to the village of Norenskaya, Arkhangelsk Region (Russian North).

After returning from his exile in 1965, the poet ended up with a semi-legal status: he wasn’t published, he couldn’t be accepted to the Union of Authors, wasn’t accepted at other jobs - he had to live on translations and poems for children. Brodsky’s popularity overseas was growing and in 1970 the book ‘A Stop in a Desert’ was published in New York - it contained Joseph’s poems and translations. The book was published with the help of his foreigner friends, who smuggled the poet’s manuscripts out of the USSR - Joseph had more and more friends from overseas and he began receiving invitations to Italy, England, Czechoslovakia and Israel.

Instead of keeping the unpredictable poet under surveillance, it was decided to give him permission to go overseas. As Brodsky himself assured, he was forced to leave, hinting that if he hadn’t used this chance, he would have had “hot days ahead”. Brodsky accepted and left for Vienna in 1972, from which he later moved to the U.S.

“…it’s impossible to retell the sorrowful metaphysics of Joseph Brodsky. If only the conclusion of it - ethical, practical - about human pride: that there’s nothing more inept. Since personality is an imaginary number, like the square root of negative one. […] sorrowful humility is the final word of Brodsky,” literary critic Samuil Lurie wrote about Joseph’s poetry. He considered freedom, transforming into alienation, the main leitmotif of the poet’s creative work. Here’s one of the Brodsky’s poems, dated 1976:

“Not that I am losing my grip; I am just tired of summer.

You reach for a shirt in a drawer and the day is wasted.

If only winter were here for snow to smother

all these streets, these humans; but first, the blasted

green. I would sleep in my clothes or just pluck a borrowed

book, while what’s left of the year’s slack rhythm,

crosses the road at the usual zebra. Freedom

is when you forget the spelling of the tyrant’s name

and your mouth’s saliva is sweeter than Persian pie,

nothing drops from your pale-blue eye.”

Overseas, Brodsky gained fame first of all as an essayist - he preferred to write poems in Russian and only then translated them into English. The language itself had a special place in Brodsky’s poetry - not its functions, as the expression of the author’s thoughts, but the language as an independent phenomenon. As Soviet poetess Bella Akhmadulina later said: “It’s as if he can cultivate the Russian language inside of him and he excels in it. He doesn’t need to hear how everyone around him speaks… It’s as if he reproduces it himself. He becomes a life-giving force. He is the garden and the gardener. […] Being separated from everyday speech, he himself becomes the fertile soil of the Russian language.” Brodsky created a new poetic language, liberating it from any kinds of formalization or frames - the vocabulary and the syntax of the poet are not restrained by anything. 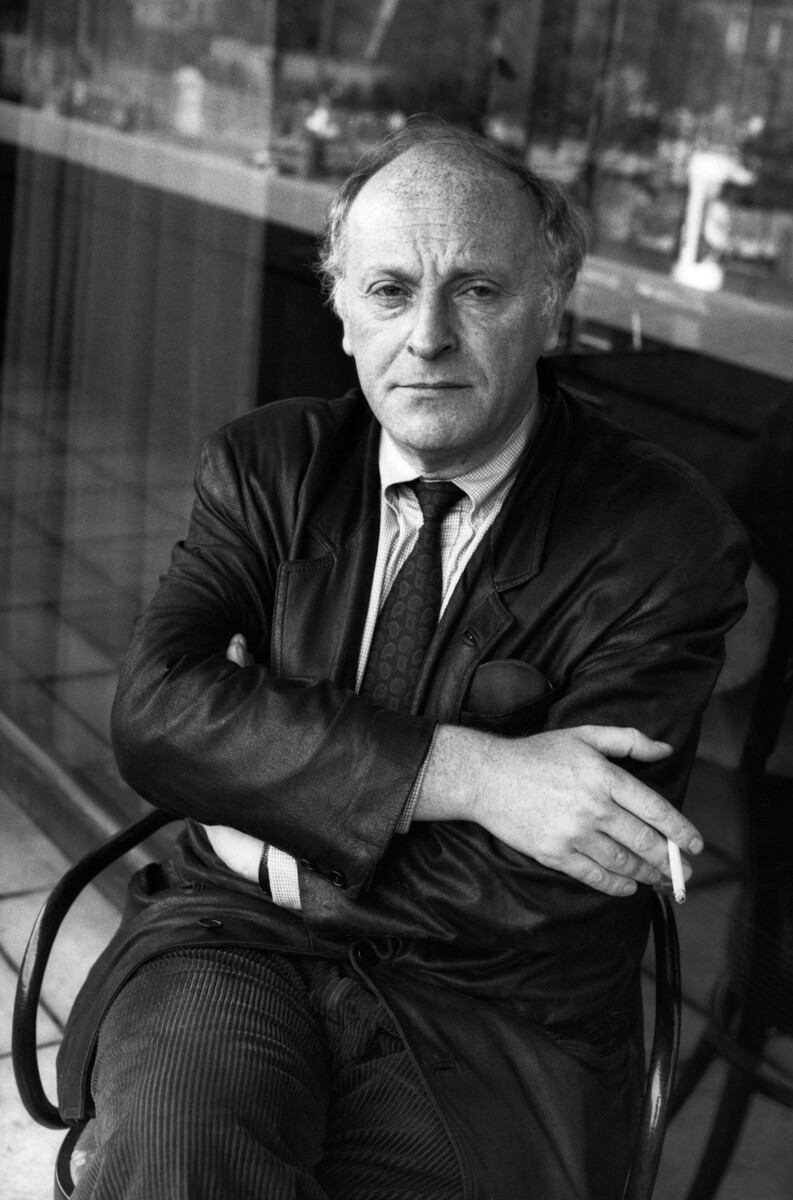 Even close friends of the poet admitted that he didn’t have an easy character. Poet, essayist and Brodsky’s friend Lev Loseff remembered in one of the interviews, “In his young days, he often spoke with offensive straightforwardness, he was insolent. With years, of course, he became more polite and tactful. Besides, he lived with an unusual pace and with that could cause inconvenience and frustration to those around him, since the people who lived with the regular human pace took it as a sign of impermanence.” At the same time, everyone agreed that Brodsky had a stoic character, he always maintained his dignity and never adjusted to the circumstances, he was independent in his opinions and very modest, despite all his talent.

One of the central events in the life of Brodsky was him meeting Marina Basmanova - a young artist, whom the poet, as it seems, couldn’t forget his entire life. Their relationship was torturous for both of them and continued for six years, from 1962 to 1968. The breakup happened soon after the birth of their son. Many of Joseph’s poems are dedicated to Marina, concealed in the dedication under the initials    “M. B.” - the last of these poems is dated 1989. For the first and last time, Brodsky married in 1990 to Maria Sozzani, an Italian aristocrat and descendant of Russian emigrants, and, after three years, they had a daughter Anna. 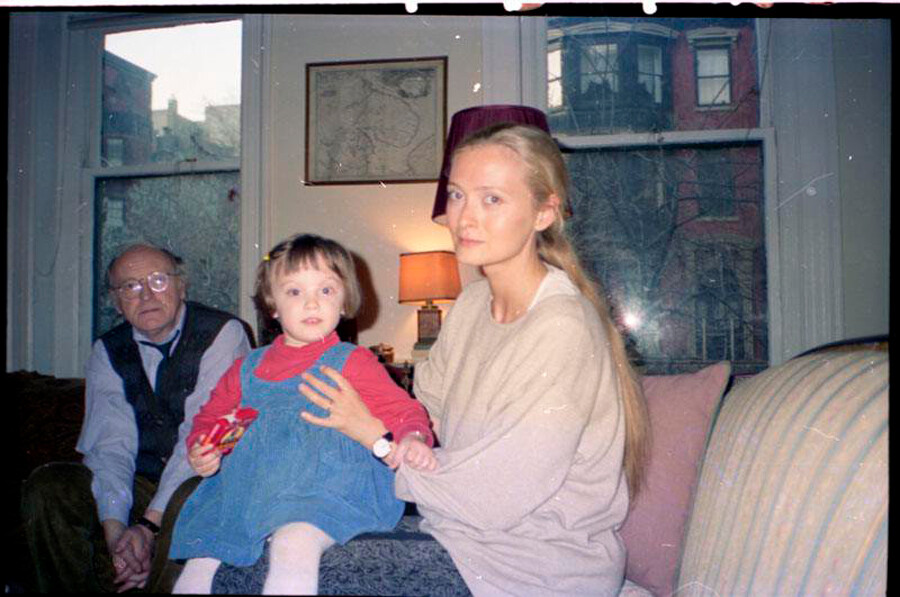 Brodsky with Maria Sozzani and their daughter, 1995.

Despite his hard character, noted by friends, there were creatures that Brodsky loved wholeheartedly - cats. This love Joseph discovered back in his childhood: in an autobiographical essay ‘Room and a Half’ he remembered that he and his father called each other “little cat” and “big cat”. Brodsky and his parents sometimes even meowed and purred, as Joseph himself wrote.

Back in his young days, Brodsky had problems with his heart (he suffered his first heart attack very young in a prison cell after his arrest). Perhaps, the winter in besieged Leningrad, the hunger and cold of the war and post-war years, as well as his explosive character, arrest, exile and forced emigration affected his health. Aside from that, he smoked excessively and abused strong coffee. Overall, Joseph survived several heart surgeries and three heart attacks. On January 27, 1996, the poet died in his office. He was buried in Venice - his favorite city. 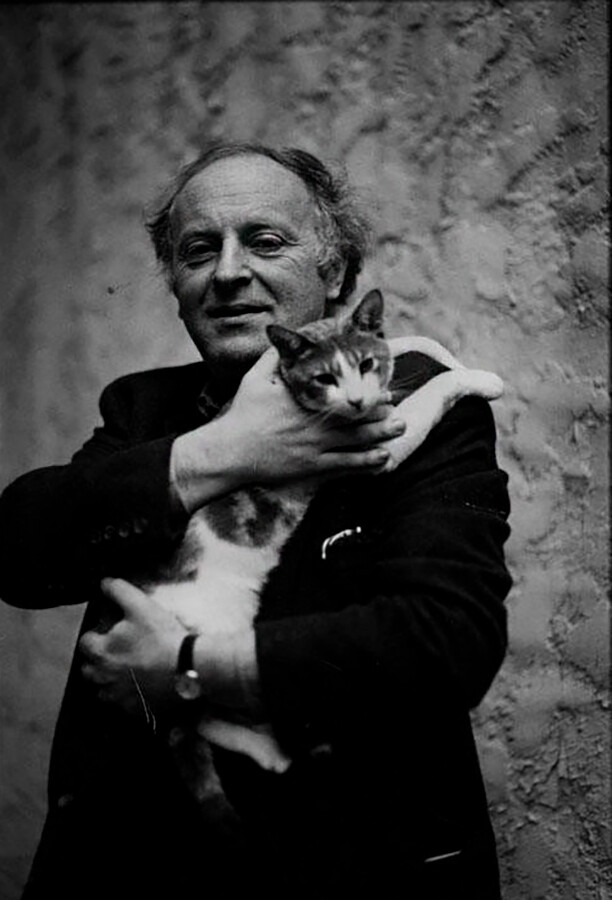 Brodsky with his cat Mississippi, 1987.