Corn not ‘kolbasa,’ could not sustain Communism 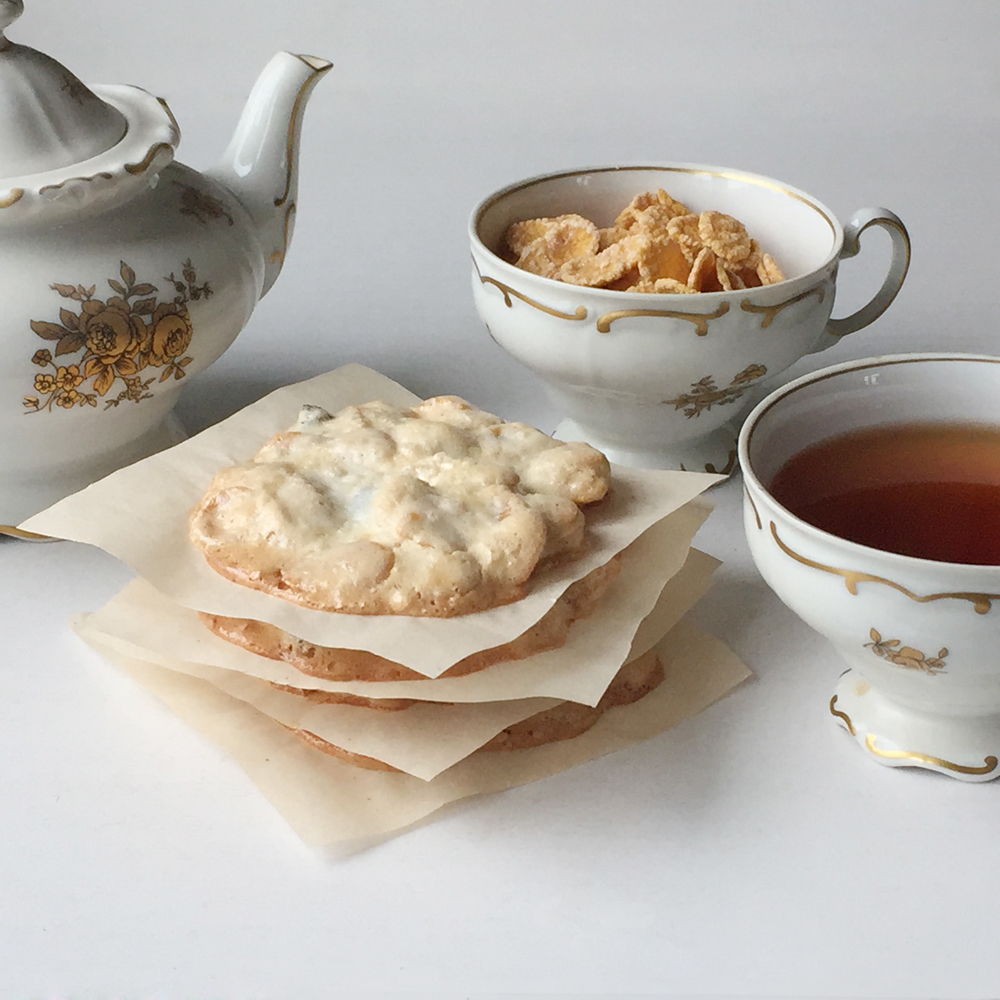 Anna Kharzeeva
Getting corn involved in Soviet cooking proved somewhat more successful than attempts to introduce corn as a staple of Soviet agriculture, able to sustain the Communist dream.

It took me a while to figure out the words “corn flakes.” They came in to my vocabulary as “kunflaiki,” or something like that, when we first tried the famous American breakfast cereal.

Corn flakes were pricey, cool and much sought-after by the slightly older children in Russia in the 1990s. We loved the packaging, the sweet flavour and the thought of being “like the Americans” when we ate them; it was nothing like the Soviet breakfast of porridge, cottage cheese or bread with cheese.

It appears, however, that corn flakes actually existed in the Soviet era; or at least they feature in one of the Book’s recipes – egg whites with raisins and corn flakes. It sounded like a rather interesting though weird combination; the result being a very crunchy, sweet and not very good tasting one.

Granny doesn’t remember any flakes back in her day, but she certainly remembers the corn.

“I first encountered corn in 1949, when we went to Moldova for the summer. There they ate mamalyga (like polenta) instead of bread, and a local girl and I one would go to the cornfields nearby to steal corn ears. We then boiled them in a large pot – it was delicious!”

Granny says there were ears of corn in the market, but the only way they were consumed was by boiling and them and eating them hot. Ten years after granny’s encounter with corn, Nikita Khrushchev went to the United States, where he saw massive cornfields. He was so impressed that he began his infamous campaign to “cornazize” the USSR. Even those who know very little of Soviet history are aware of the campaign and will cite one of the campaign’s key slogans, “corn is the queen of the fields.”

Granny’s friend Yulia, whose father was killed in 1948 as part of Stalin’s terror purges, remembers part of a song about corn:

“Corn, corn strengthens the body; without corn, corn you can’t build communism,” which sort of rhymes in Russian. Sort of.

And there were more: “corn is miraculous (chudesa), because corn is salami (kolbasa).” 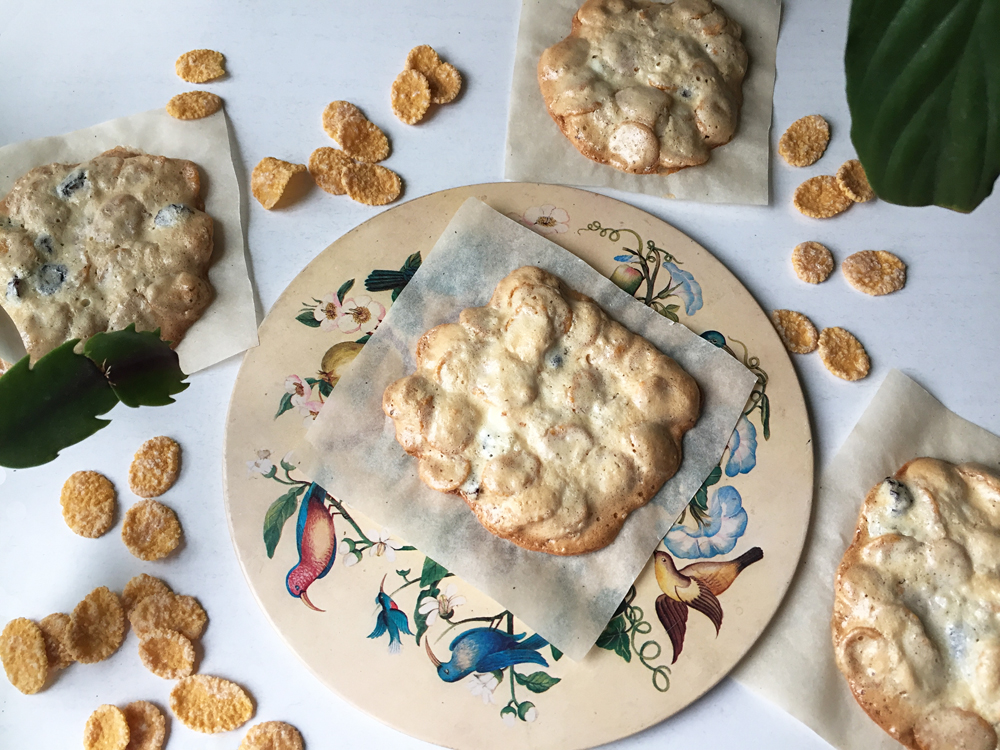 I didn’t get the kolbasa part (building communism with corn was very clear!), but Granny explained the depth of meaning behind the saying: kolbasa signified food itself. If you didn’t even have kolbasa in the house, “it was the end,” she said. When people defended their’s “doctor’s” thesis, the equivalent of a (Ph.D.), they would receive the traditional gift of doctorskaya kolbasa, a particular type of boloney (in Russian, kolbasa is both salami and boloney).

Kolbasa was made at no less than at the meat factory of the Book’s creator, Mikoyan, himself, so Khrushchev aimed very high when he suggested replacing kolbasa with corn!

These days you can get corn flakes easily (although they are mostly Kellogg’s), and for some Russians, it has become the everyday breakfast. There is still some prestige associated with it, however, since it remains a lot cheaper to have buckwheat or kolbasa with bread for breakfast.

And as for Khrushchev’s “cornazation,” it failed miserably – I think as miserably as the corn flake cookie recipe I tried. The only miracle about that corn is that we actually finished it! 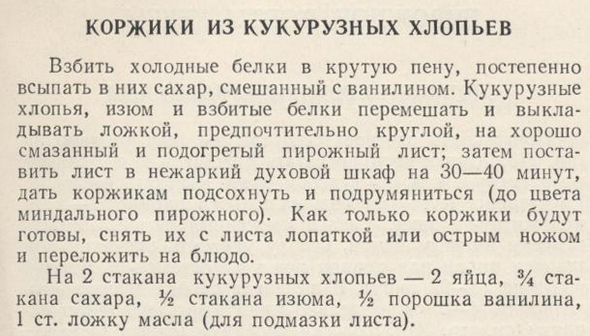 Beat the egg whites until foamy. Gradually beat in the sugar and vanilla powder. Fold in the cornflakes and raisins into the beaten egg whites.

Drop with a spoon only a well-greased and warm baking sheet.

Put in a warm, but not too hot, oven for 30-40 minutes until they are dry and toasted (the color of an almond cake).

Remove from the baking sheet with a sharp knife or spatula and serve on a plate.