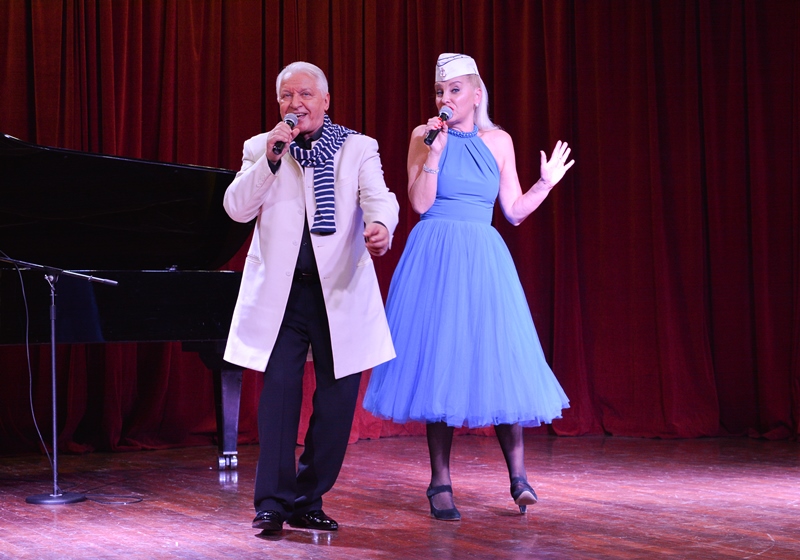 RCSC
Famous composer, singer and Honoured Artist of Russia Alexander Morozov performed at the Russian Centre of Science and Culture along with his wife Marina Parusnikova, regaling the Delhi audience with their songs.

The audience in Delhi had the opportunity to enjoy a concert by Alexander Morozov, famous composer and singer and People’s Artist of Russia, Ukraine and Moldavia, along with his wife-singer Marina Parusnikova. The performance at the Russian Centre of Science and Culture (RCSC) on March 18 was jointly organised by the Russian Embassy the RCSC.

Morozov, a winner of the international Tchaikovsky Competition and an eminent opera singer, is a class-mate of Ambassador Kadakin, at whose invitation the famous composer and singer arrived in India on the eve of his birthday on March 20.

Popular songs like “Scarlet Dawn”, “Crimson Ring”, “Cottage Overlooking the Garden”, “In the Land of Magnolias”, “The Soul Hurts”, ”Pebbles”,  “Love While You Can”, and others regaled the audience. Morozov’s new song “The Black Sea Side” was dedicated to the second “Crimean Spring,” a topic on which the singer dwelt.

The songs “Princess Beauty”, “Grand Mother” and “Dress” also deserve special mention. The artists together sang “Air Plane”, “My Pigeon Gray-Winged”, “Little White Ship”, “Bridges Between Us”, “Signorina”, “I am Fading Without Your Love”, “Son”, “Father, Give Me the Doll” and “Airplane in the Clouds” to much enthusiasm and applause from the audience.

The husband and wife duo were felicitated by Fedor Rozovskiy, Director RCSC, and Dalbir Singh at the end of the performance. They, in turn, received albums of their favourite songs from the eminent artists.