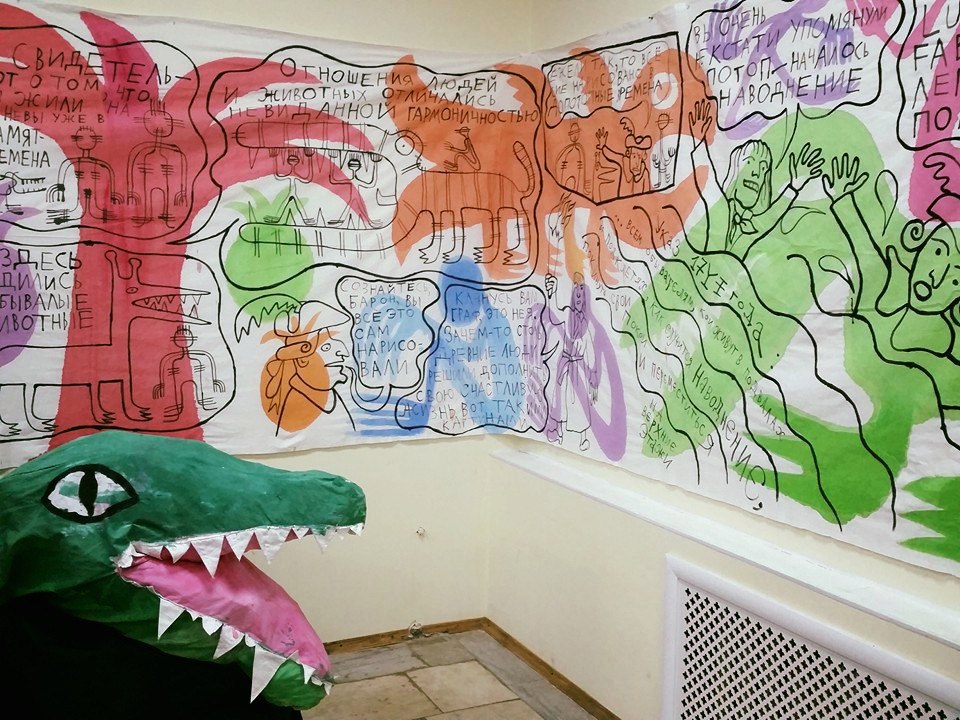 Press photo
KomMissia, the International Comic Festival is taking place in Moscow between May 16 and 22. We have chosen some of the most interesting stories by Russian artists at this year’s festival, the 15th edition of the event. Participants from France, Serbia, the U.S., Bulgaria and Germany are featured at the festival.

'War of the Worlds'

Askold Akishin, the artist, drew his first comic strip in 1985, the topic for which was his army service. He began to publish his work from 1988. Akishin's graphic stories came out in Italian and English magazines and anthologies.

The artist turned to literature in 1990: He created A Chronicle of Military Actions, based on Erich Maria Remarque's classic All Quiet on the Western Front, and Mars 2146, based on by Ray Bradbury's short story, The Blue Bottle.

His graphic novel based on Mikhail Bulgakov's The Master and Margarita was published in France in 2005.

Akishin is presenting War of the Worlds, based on the novel by HG Wells, this year.

The Books of Hun-Tong – a graphic novel series chronicling the life of a non-existent town – has been being published since 2013. The festival presents the sixth part of the cycle.

The authors are known not only to comic fans, but also to lovers of Russian cinema and contemporary art. Alexander Gonorovsky is the author of the screenplays for director Alexei Fedorchenko's First on the Moon and Alexei Uchitel's The Edge.

Meanwhile, artist Alexei Iorsh (who, incidentally, draws some illustrations for opinion columns in Russia Beyond The Headlines) is one of the founders of the first Russian comic studio, Kom.

‘The Prisoner of the Caucasus’

Alexander Yeremin first became familiar with comics while working at Soyuzmultfilm, Russia's oldest animation studio. He soon came up with his own works in this genre: Maxim and Hacker.

Pages from another of his comic books – The Prisoner of the Caucasus, based on Leo Tolstoy's novella – are featured in this year’s festival competition.

Two years ago, a comic story called The Shining – about spirits who live on the edge of the Earth – won the festival prize in the "People's Love" category. Another story from the artist Svetlana Shlepanova, who works under the pseudonym Morteraphan, is also devoted to these magical beings. The comic uses ethnic motives and concerns simple, but very important subjects for everyone.

Shlepanova is studying art pottery at the Krasnoyarsk Art Institute. She finds inspiration for her works in the traditional images of Siberia, North and South America.