‘Namaste India!' brings slice of India to the Urals 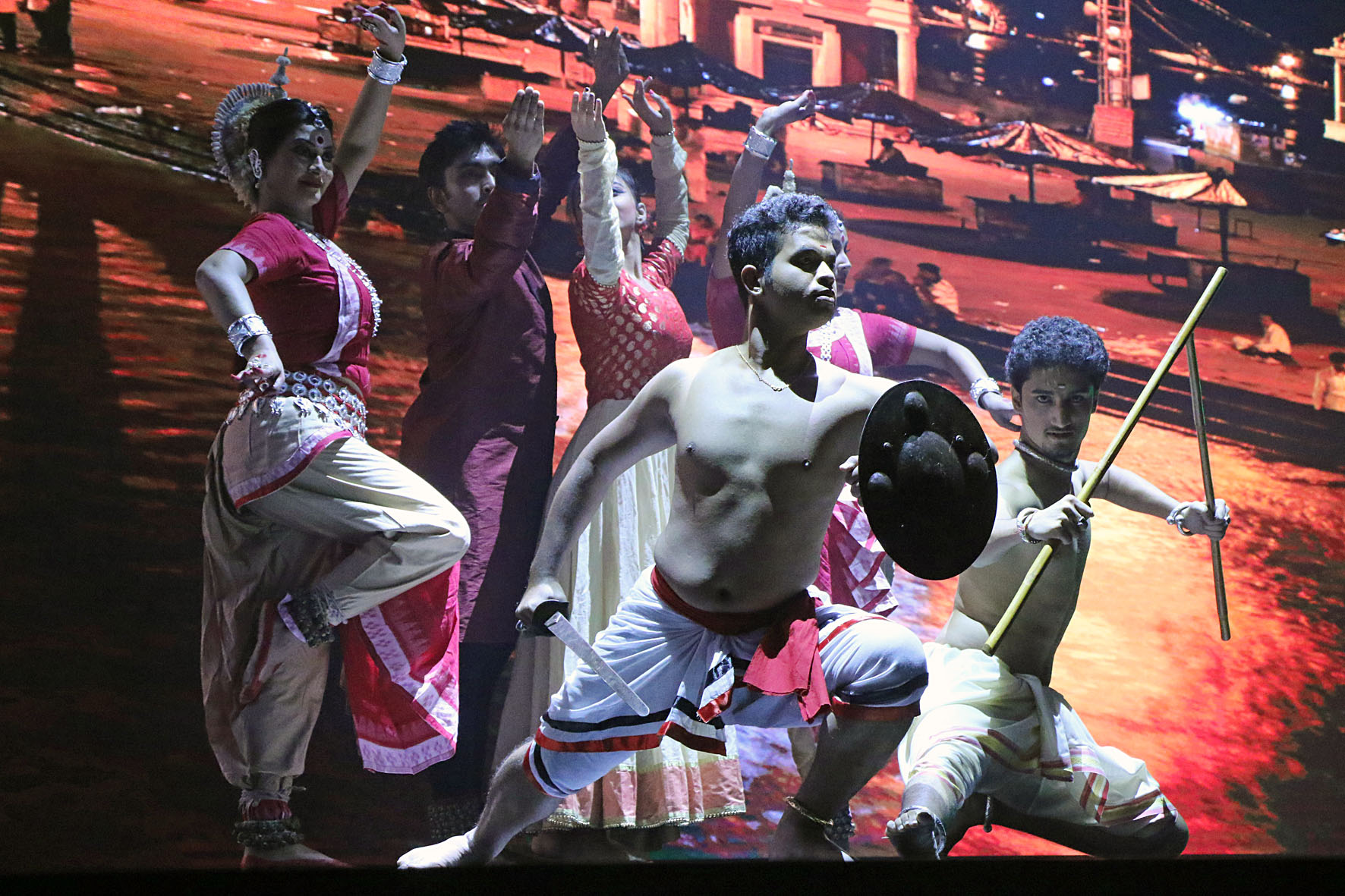 The purpose of the cultural festival was to acquaint residents of the Urals with traditions of Indian culture.

Tatiana Andreeva/RG
The people of Yekaterinburg, which hosted a large international industry and innovations forum exhibition INNOPROM 2016, were regaled with a rich cultural programme during the industrial forum.

Yekaterinburg hosted a large international industry and innovations forum exhibition INNOPROM, at which 600 exhibitors and 500 speakers from 95 countries took part. India, as the main partner country of INNOPROM 2016, had the largest delegation, comprising managers of 120 large, medium and small enterprises, and representatives of several states in the country, including the heads of three major regions: Maharashtra, Andhra Pradesh and Rajasthan. Nirmala Sitharaman, India’s Minister of Commerce and Industry, headed the Indian delegation.

In addition to the extensive business programmes scheduled (150 events in 5 days), INNOPROM visitors and residents of Yekaterinburg were regaled with a rich programme of cultural events, prepared jointly by the Russians and Indians. The main purpose of the cultural festival was to acquaint residents of the Urals with traditions of Indian culture, sports, and even cooking.

The capital of the Middle Urals was immersed for a week in the wonderful world of Indian culture. An extensive cultural programme called the "Days of Indian Culture" spread beyond the exhibition and was launched in the central square of the city with a colourful festival "Namaste India!" This was organized by regular Yekaterinburg residents, who were  fond of and acquainted with Indian culture.

They arranged a Ratha-Yatra (chariot procession) holiday for their fellow countrymen, with a procession of flower chariots, Indian songs, dances, feasts of the popular Indian dishes, a variety of workshops and the launch of colourful Holi colors: a magnificent spectacle!

“India and Russia have always been linked by strong and friendly relations, which are growing. Our cultures are very similar. Both Indians and Russians have a highly developed system of values, we respect the institutions of marriage and family, and honour our cultural traditions. Therefore it is very important that there are such festivals and people have the opportunity to join our culture,” said Ashish Sharma, director of the Jawaharlal Nehru Cultural Centre of the Indian Embassy in Russia, at the opening of the festival.

“Indian culture is unique. It is impossible not to love it. I am impressed by the attitude of the Indians to the world, their spirituality, morality. This is what we can learn from our friends with whom we have much in common. We also love to sing, dance. Generally it is believed that we have a common ancestor, since we belong to the same Indo-European group. The area of ​​ancient Urals was also mentioned in several scriptures in the Mahabharata,” said Jeanne Yumakaeva, one of the organizers of the "Days of Indian Culture" in Yekaterinburg to RIR. A family psychologist and business coach, Yumakaeva also actively promotes Indian and Vedic culture in the Urals.

During the festival, Indian teachers offered master classes on yoga, Indian classical dancing, playing musical instruments, and Indian cooking to all those who were interested.

“I love India, and especially Indian dance! I have been doing it for three years. Indian folk dance is incredibly graceful and beautiful. I love Indian multicolours, wealth, culture, gorgeous decorations and colourful costumes. Indian girls are so beautiful!” said Olga Fedorenko, a participant in the festival. She is engaged in the "Sitara" dance studio in Yekaterinburg, she told RIR.

Tatiana Palitsyna, head of the “Sitara” studio, said there are a lot of Yekaterinburg residents who want to learn Indian dance.

“The people themselves are looking for places, where they can learn Indian dances, find us, join the team and become a part of a big family. We learn such styles of Indian dance as Kathak and Bollywood, and try to delve deeper into the very dance philosophy and Indian culture,” said Palitsyna.

Russians are very fond of the Indian cinema and many have an idea of ​​India from films. Connoisseurs of Indian bands gladly became spectators of the Festival of Indian cinema. Films popular in the Indian box office were selected for screening in Yekaterinburg, including, "Three Idiots", "Return to the Motherland", "Rock Star" and "The Last Hope".

Hockey is known as a popular Indian sport, and the Indian team is considered one of the best in the world. In Yekaterinburg they know how to play hockey, but most popular Urals sports are ice hockey, soccer, volleyball and basketball. Local sports club "Dynamo-Stroitel" is one of the best clubs in men's field hockey in Russia. Friendly field hockey matches “EurAsia Hockey 2016” between the "Dynamo-builder" club and the Indian youth team was one of the highlights of the cultural programme "Days of Indian Culture".

“I want to thank the Russian party for their warm welcome. This friendly match is a wonderful experience for us. The Russian team played very well, but we were organized better in terms of defence, so everything worked out well, and we will gladly visit Yekaterinburg again, especially because the city is very beautiful,” said Dipsan Tirkey, captain of the Indian youth team, to RIR.

"From Bollywood with Love" was one of the final events of "Days of Indian Culture” which introduced the Indian side in the Yekaterinburg State Academic Opera and Ballet Theatre to residents of Sverdlovsk. An Indian dance group, ‘Ronica Jacob & the Planets’ showed the Urals audience what modern Bollywood looks like.

"From Bollywood with love" is a musical journey that immerses the viewer in the world of Indian dances, songs and movies, made specifically for the Russian audience.

“We used Indian songs that are popular in Russia. Our main task is to have a true celebration of dance, which will emphasize our friendship,” said Ronica Jacob, choreographer and artistic director of the programme.