The Soul of Russia through music: From Boney M. to Robbie Williams 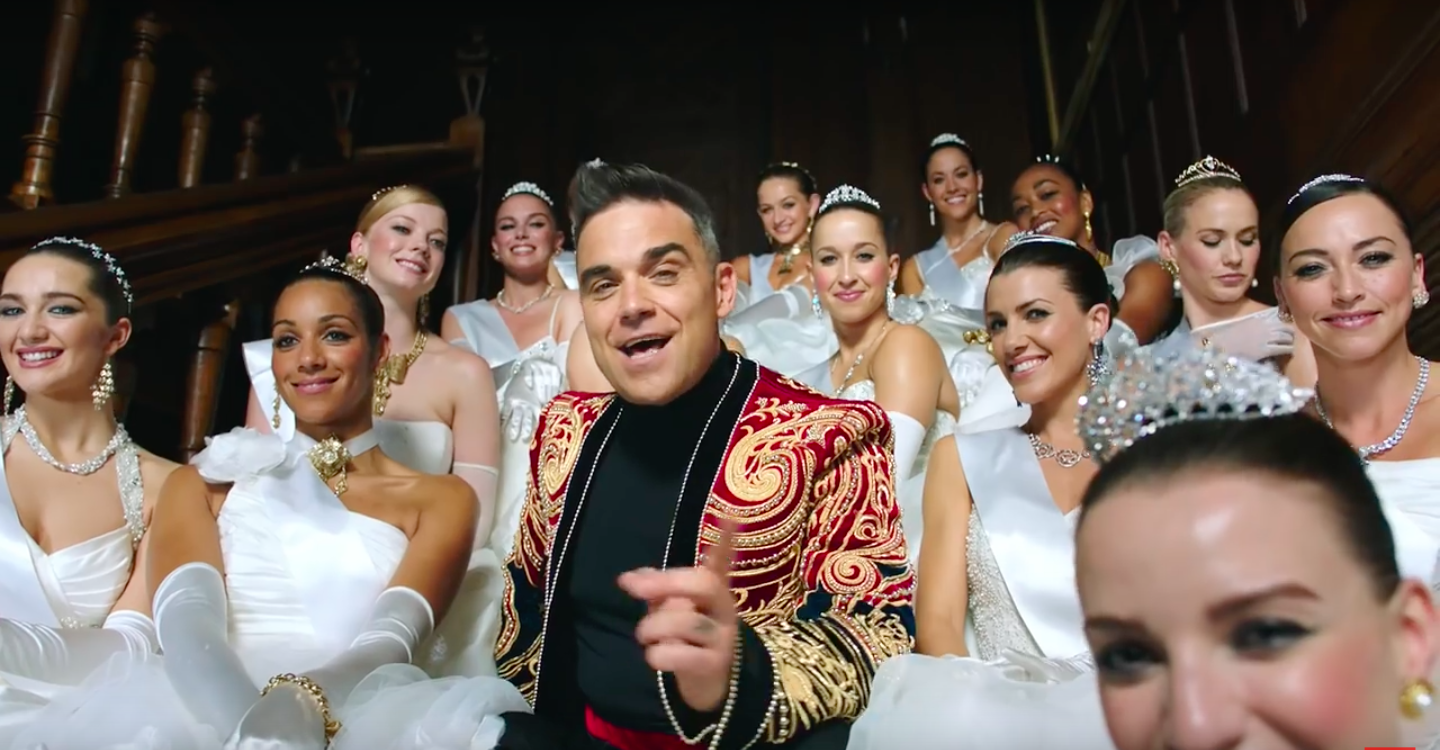 Observers speculate that Williams’s ideas for the song and video were heavily influenced by the wedding of the daughter of Russian oligarch Rashid Sardarov. Photo: Screenshot of William's new video.

Robbie Williams/YouTube
To honour the new video by Robbie Williams about how Russians with money entertain themselves, RIR takes a look back at other foreign artists who have tried to express the metaphysics of the Russian soul through their music.

A Russian luxury party, according to Williams, must have skimpily dressed ballerinas, buckwheat, and sexy maids cavorting in spacious gilded halls to snatches from the works of the composer Sergei Prokofiev. When oligarchs have fun, they do it in an original way, with a national flavour.

The protagonist in the video is a Russian oligarch who sucks money out of his country and spends more than half the population of the Western world earns.

He builds his own space station, has a yacht with a landing strip, a car on his plane and a bank in his car. He is crazy and never apologizes for anything. The video calls on fans to follow his example to get ready for the next revolution, which is already somewhere there.

Observers speculate that Williams’ inspiration for the song and video came from the wedding of the daughter of Russian oligarch Rashid Sardarov, which took place in Prague in August. The oligarch, whose fortune is estimated at $100 million, hired the singer to perform at the celebrations.

However, the official version of events claims the wedding had nothing to do with the video’s aesthetics. Williams explained to the press that Britons believe they know how to have fun, but they had never seen the Russians party — until now.

A Russian luxury party, according to Williams, must involve skimpily dressed ballerinas, buckwheat and sexy maids cavorting in spacious halls gilded with gold to samples from the works of composer Sergei Prokofiev. Source: Robbie Williams/YouTube

Slovenian comedian Klemen Slakonja made another significant contribution to Russia’s global image this year with a parody video, "Putin, Putout," which became the quintessential expression of Western media coverage of Russia.

Slakonja, who looks like Putin, creates a colourful mix of the Russian president’s reaction to the protest punk band ‘Pussy Riot,’ Russia’s gas wars with Europe, the country’s supposed claims to world domination, the Olympic Games in Sochi, the FIFA scandal and the fight against terrorism in his act.

He makes Putin into such an expressively charismatic person that he only manages to improve the president’s standing. Slakonja as Putin dances ballet in a leotard, hunts tigers, tries on an imperial image, flies to space and sits on a throne made of a hammer and sickles that was clearly designed by the team behind Game of Thrones. Clearly, he runs the show, or the circus — whichever you prefer.

Slovenian comedian Klemen Slakonja makes Putin into such an expressively charismatic person that he only manages to improve the president’s standing. Source: Klemen Slakonja/YouTube

Basement Jaxx – 'Take Me Back to Your House'

This song about a lonely girl who does not want to go home without a man appears at first glance to have little relevance to Russia. But in 2006, it became a meme because of a video by the British band Basement Jaxx.

The video incorporated all the possible clichés about the culture of the eastern Slavs. Somewhere in the middle of Siberia, this girl and a dozen bearded men drink moonshine, dance the hopak, play on surreal balalaikas under portraits of Lenin and Stalin and hang out with bears and ride horses.

But have no fear! A "Russian prince on a white horse" — actually a rather chubby, mustachioed military man on a tank — is rushing to save her. In the end, he takes her to his house, through a snowy forest.

However, "Take Me Back to Your House" is not actually about a house where you might live (or be taken to), but about house music, for which Basement Jaxx is famous. Few fans of the video actually caught onto these deeper meanings.

Somewhere in the middle of Siberia, this girl and a dozen bearded men drink moonshine, dance the hopak, play on surreal balalaikas under portraits of Lenin and Stalin and hang out with bears and ride horses. Source: KatrineSpb/YouTube

According to Sting, another famous British musician, the Russians behind their Iron Curtain were a complete mystery. It was unclear what they were doing, what they believed in, what they lived by – or how they had fun. But if they loved their children, like people everywhere, then the world might be saved. The musician expressed this message in his pacifist song, "Russians," released the year Mikhail Gorbachev came to power in the Soviet Union.

It was 1985, and several epochs have passed from then to Robbie Williams and his Russian party. Apparently the mysterious Russian soul has become a little clearer to some and less predictable to others. The only constant here is Prokofiev — Sting based his melody on a theme from Prokofiev's ‘Lieutenant Kije’ Suite.

This song about "Russia's greatest love machine" — as the German disco group dubbed Grigory Rasputin — introduced Russian politics as a theme for world music. Rasputin, of course, was already a recognizable historical figure, but after Boney M.'s 1978 song, he was reborn as a real Russian imperial superhero.

The end of the story is critical, however. Rasputin — a man who solved problems, a kind of gray cardinal known for his strong charisma and his way with women — was simply taken out. "This man's just got to go!" envious people said, calling Rasputin to "come to visit us." Boney M. sang. And what happened? He went to his death. "Oh, those Russians!"