With whom did Russia fight most often? 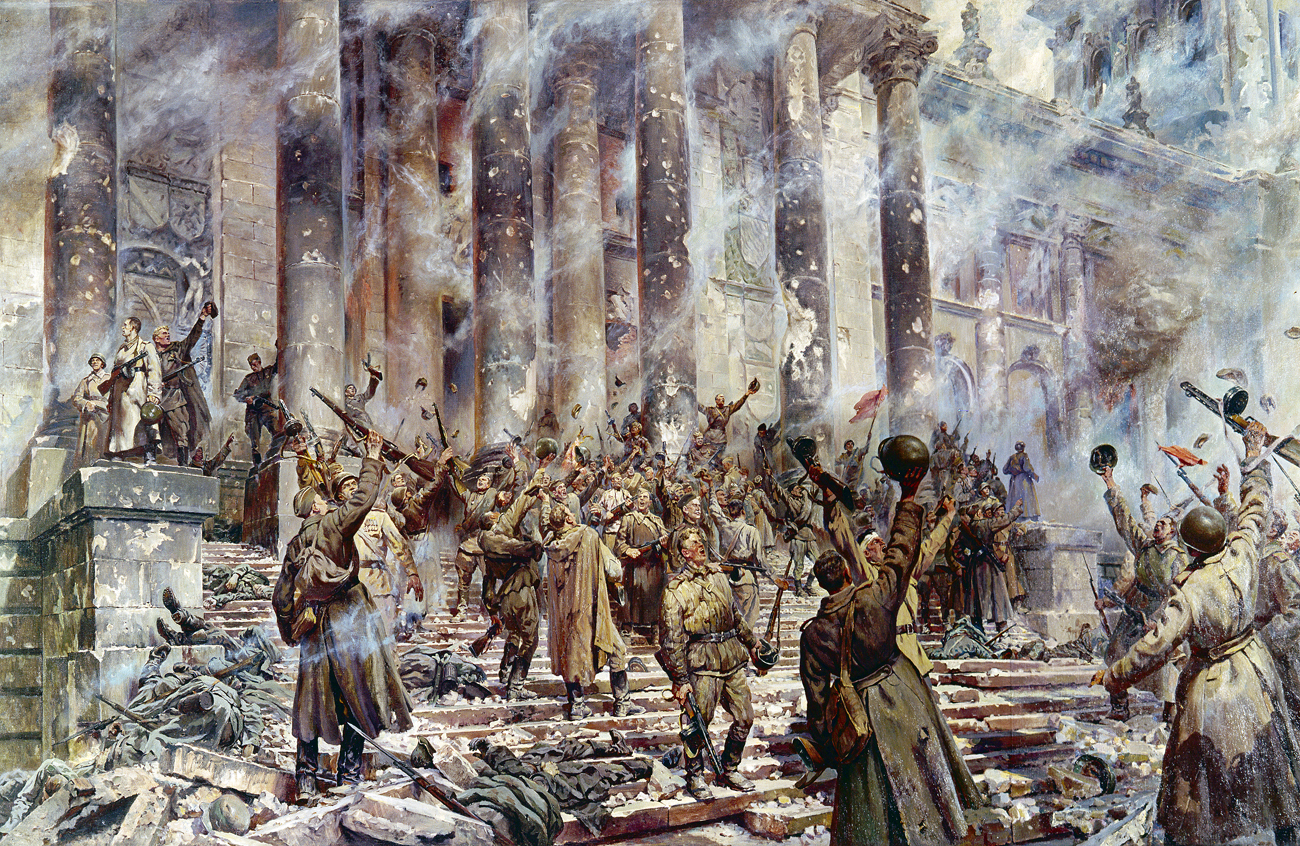 Balabanov / RIA Novosti
The history of Russia is a history of war. Russia has been fighting wars for two-thirds of its existence. In one span of 200 years, Russia was at war for 128 years, fighting defensive wars for five years and engaged in wars of conquest for 123 years.

The history of Russian-Swedish hostility began in the 12th century. The Novgorod Republic and Sweden battled for control of the Eastern Baltic. The Orekhovetsky Peace Treaty was signed in 1323, bringing Karelia under Novgorod’s zone of influence, and Finland under Sweden's.

This was only the beginning of centuries-long conflict. In 1377, Sweden gained control of Western Karelia (Esterbotten), which had been a dependency of Novgorod. After 1478, when the Novgorod Republic became part of the Russian state, struggle with the Swedes for the Eastern Baltic escalated to a new level. 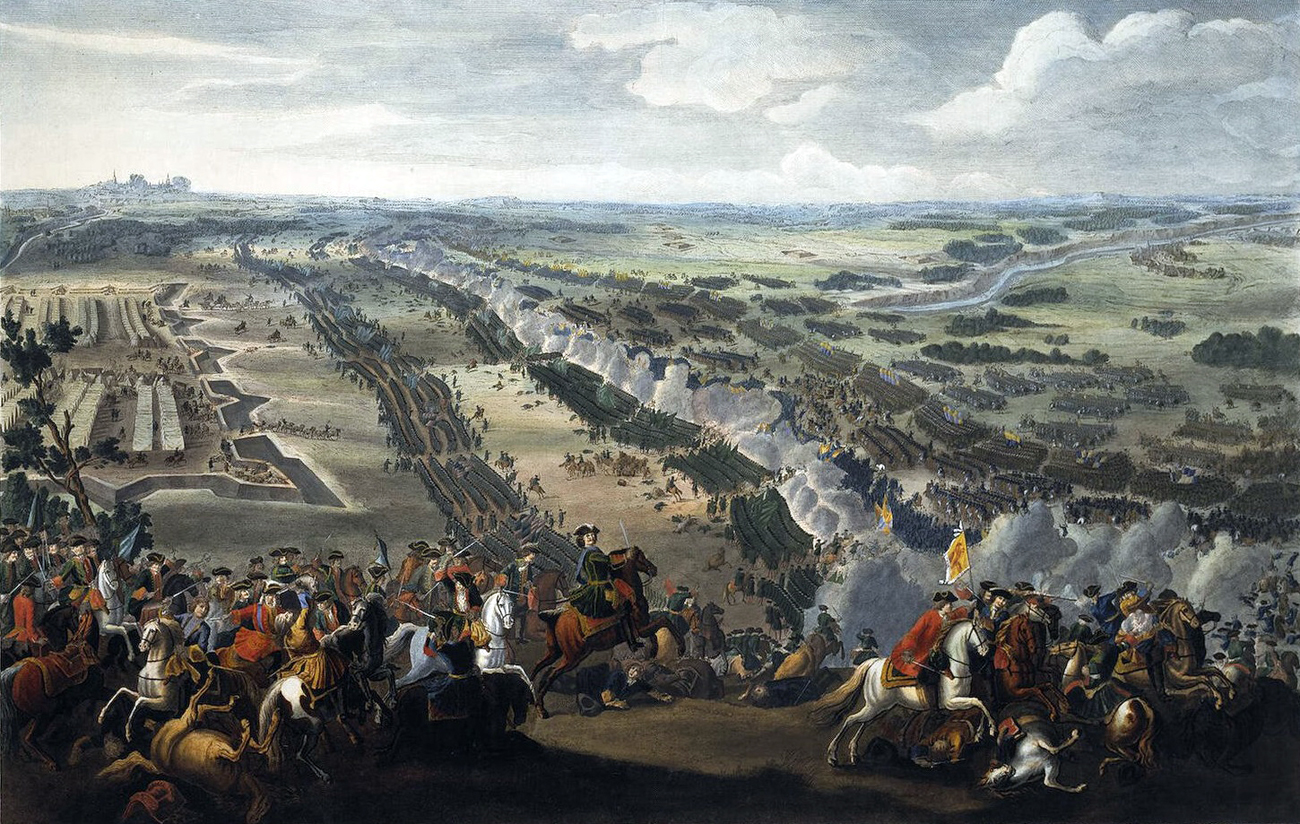 Dennis Martin Artist. The Battle of Poltava in 1726 / Source: Wikipedia.org

In 1495, Ivan III went to war against Sweden for Western Karelia once again, with varying degrees of success in battles. Finally, in March 1497, the warring sides signed the First Novgorod Truce, which was to last for six years. It confirmed the borders as they existed in 1323, as well as the principle of free trade between Sweden and Russia. In March 1510, the truce was extended for another 60 years.

The tradition of fighting wars against Sweden for the Baltic would continue under other Russian tsars, including Ivan IV, Fyodor I, and Alexis I.

Peter the Great made fundamental changes to the balance of power in Russo-Swedish relations. After the Russian victory in the Northern War (1700-1721), Sweden lost not only territory that was ceded to Russia, but also land on the southern shore of the Baltic Sea. Sweden only held on to Wismar and a small part of Pomerania. In addition, after defeat in the Northern War, the “Age of Freedom” began in Sweden, a period of the weakening of the king's power and increasing importance of the Parliament.

In an effort to regain the lands it lost during the Northern War, Sweden repeatedly came into conflict with the Russian Empire (Russo-Swedish War of 1741-1743, Russo-Swedish War of 1788-1790, and Russo-Swedish War of 1808-1809), but according to the terms of the Treaty of Fredrikshamn, concluded in September 1809, Sweden ceded the Åland Islands, Finland and Lapland up to the Torne and Muonio Rivers. Sweden had lost more than one third of its territory, and no longer held the status of a great power.

From the late 16th until the early 20th centuries, bloody wars were constantly fought between the Ottoman and Russian Empires. The “bones of contention” were control of the Northern Black Sea areas and the North Caucasus, and, later, control of the South Caucasus, with the right of navigation in the Black Sea and its straits, as well as for the rights of Christians in the Ottoman Empire. 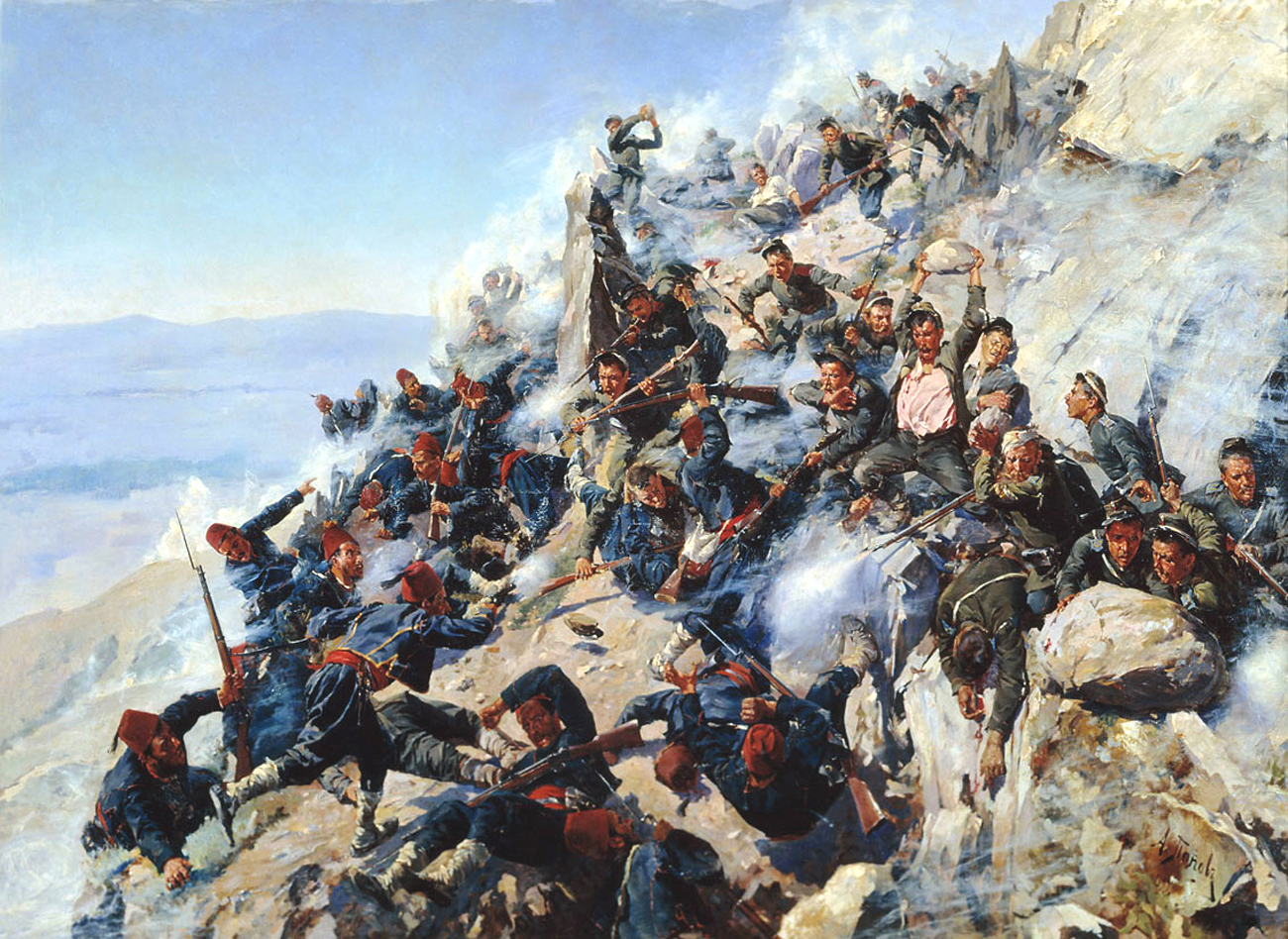 During World War I, which resulted in the demise of the Ottoman Empire, the Russian Empire also considered the possibility of capturing Constantinople. Ironically, the Soviet Union played a direct role in the establishment of the Turkish Republic. The centuries-old feud had turned into economic and military support for Turkey’s first president, Kemal Ataturk.

Relations between Russia and Poland have always been strained, primarily due to the proximity of the two states and constant territorial disputes. During all major European conflicts, there have always been revisions of the Russian-Polish border. The most serious confrontation between Russia and Poland started at the beginning of the 17th century, with the Time of Troubles and the Polish-Lithuanian Commonwealth. By the end of the 18th century, four wars had been fought between Russia and the Polish-Lithuanian Commonwealth, which ended in the second partition of Poland. 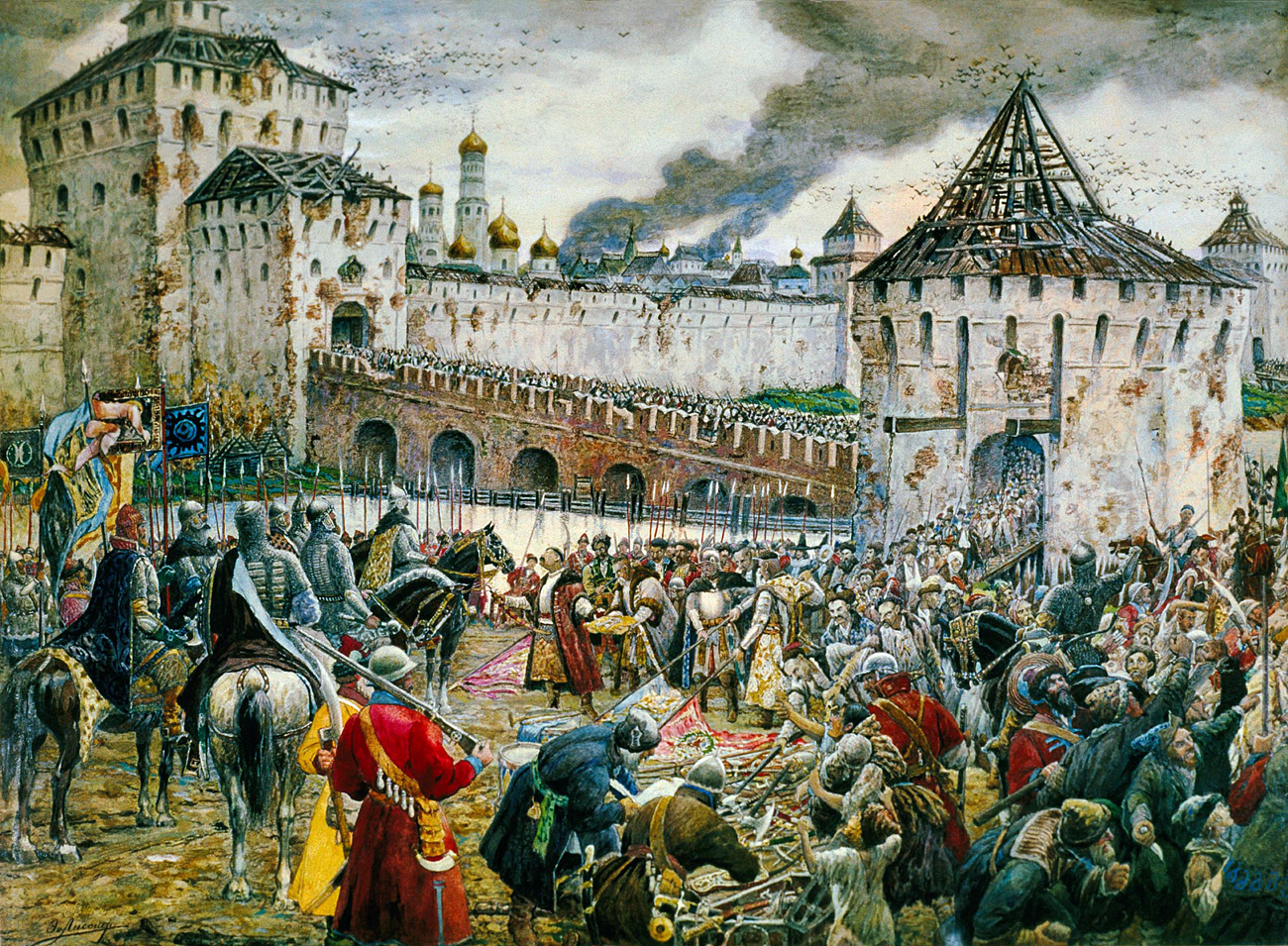 The Poles surrender the Moscow Kremlin to Prince Pozharsky in 1612 / Source: Wikipedia.org

In 1815, the eastern part of Poland became part of the Russian Empire, but confrontation between the Poles and Russians did not stop. Two Polish uprisings in the 19th century (1830, 1863) led Russia to reduce Polish freedoms. In 1832, the Polish Sejm was abolished and the Polish Army was disbanded. In 1864, restrictions were imposed on the use of the Polish language and the movement of Polish men. Unsurprisingly, animosity against Russian rule only increased in Poland.

After the 1917 Russian Revolution, the Poles gained their cherished independence at the end of the Soviet-Polish War of 1919-1921. But less than 20 years later, in 1939, the Soviet Union invaded Poland, and retained control until 1989.

The history of wars

Among other countries with a history of fighting wars with Russia is Germany. The two countries have fought three major wars, two of them being World Wars. 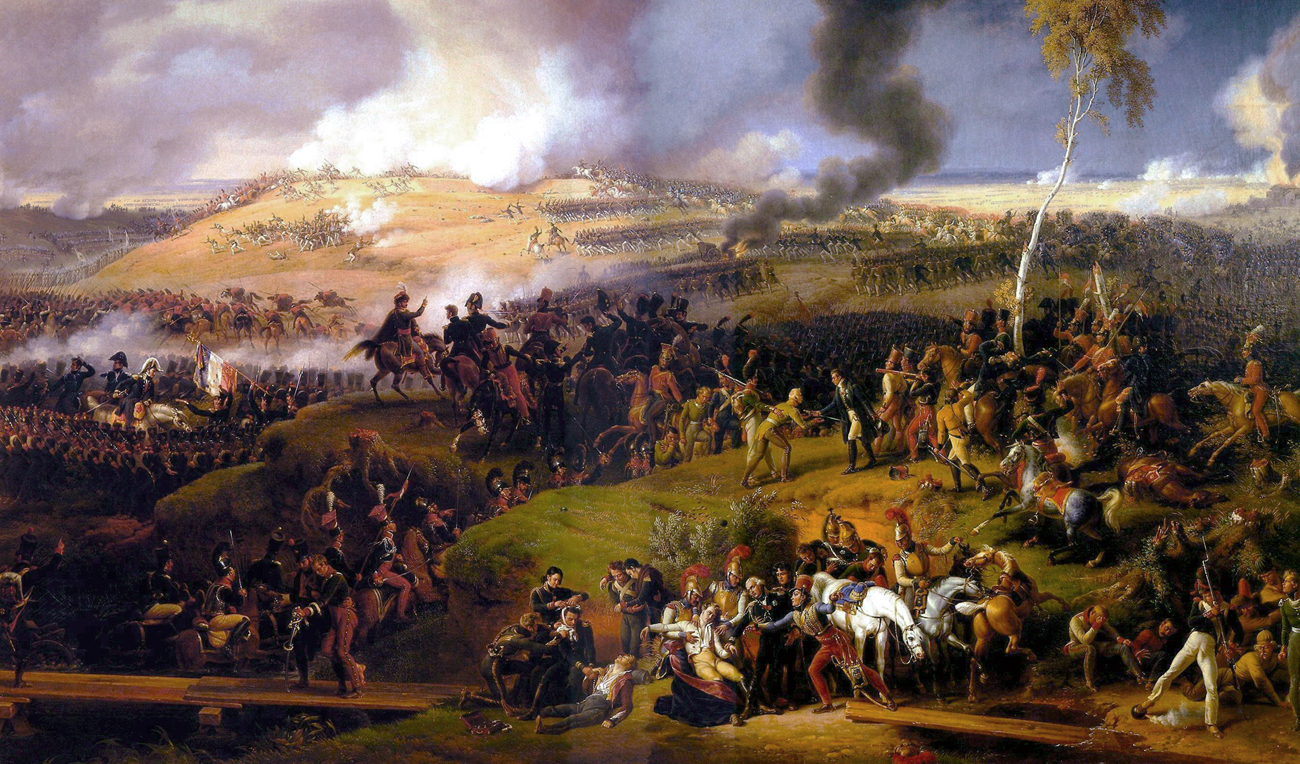 In general, the history of Russia is a history of persistent war. Russian philosopher Ivan Ilyin wrote, “Soloviev has counted 200 wars and invasions from 1240 to 1462 (222 years). From the 14th to the 20th centuries (525 years), Sukhotin has counted 329 years of war. Russia has been fighting wars for two-thirds of its life.”

A similar notion was expressed by General Alexey Kuropatkin. In 1900, he wrote in his memorandum to Nicholas II, “Over the past 200 years, Russia has been at war for 128 years and had only 72 years of peace. Of the 128 war years, we fought defensive wars for five years and we were engaged in wars of conquest for 123 years.”

Borodino: The Field on which Empires Clashed>>>