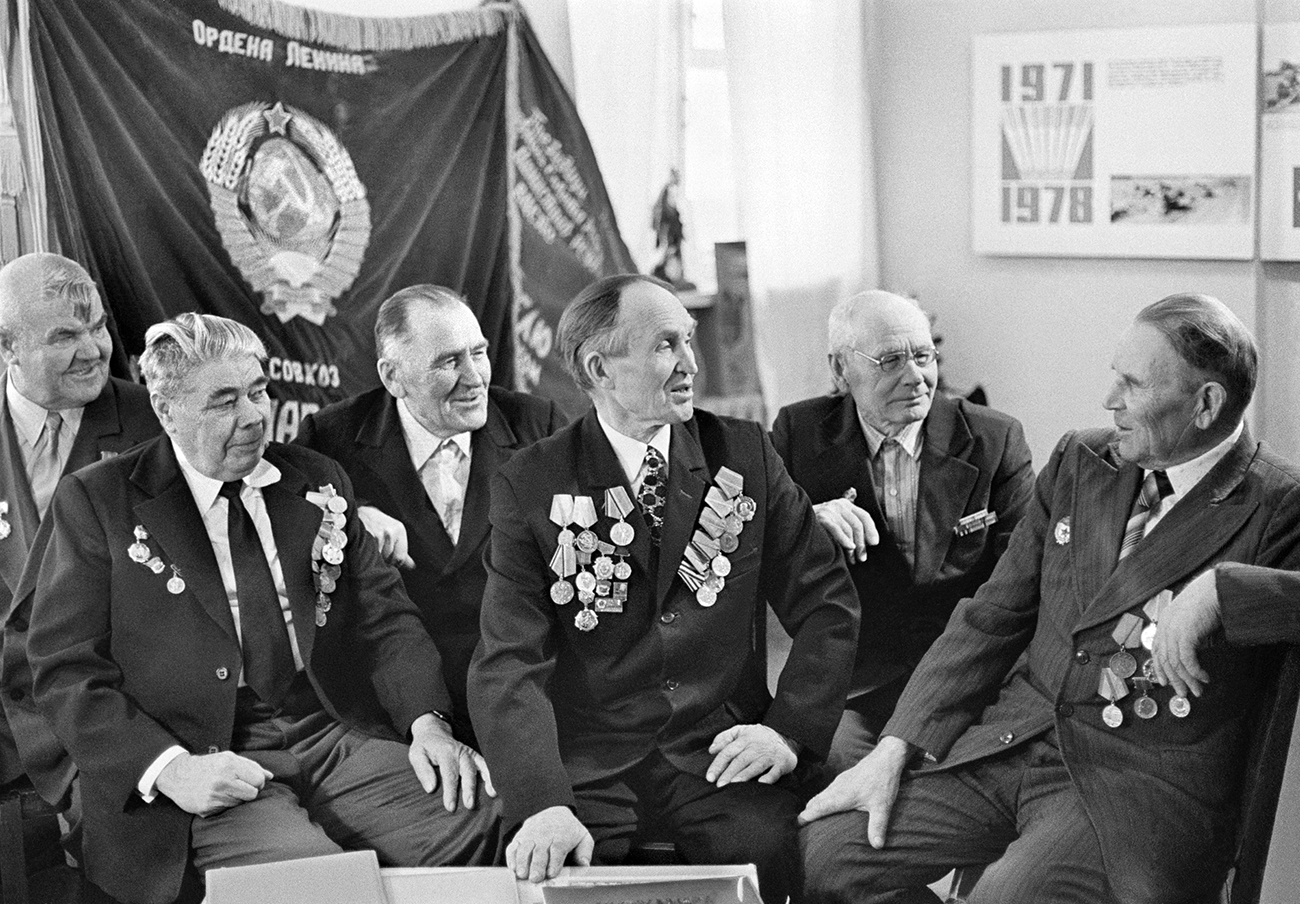 The medal 'For the Development of Virgin Lands' was awarded mainly to collective farmers and party workers who demonstrated particular zeal in performing this task.

Boris Klipinitser / TASS
On Feb. 16, the Soviet medal “For the Rescue of the Drowning” turns 60. We recall some other unusual awards and decorations that existed back in the USSR.

Like many countries, the USSR had decorations and medals that were given to war heroes, prominent public figures, high-performance workers and other notable people. Almost all of them were associated with communism: For example, the highest decoration was the Order of Lenin (General Secretary Leonid Brezhnev, who loved receiving awards, had eight of those), and the second highest was the Order of the October Revolution. However, there were also other decorations and medals, which were sometimes awarded on rather unusual occasions.

1. 'For the rescue of the drowning' 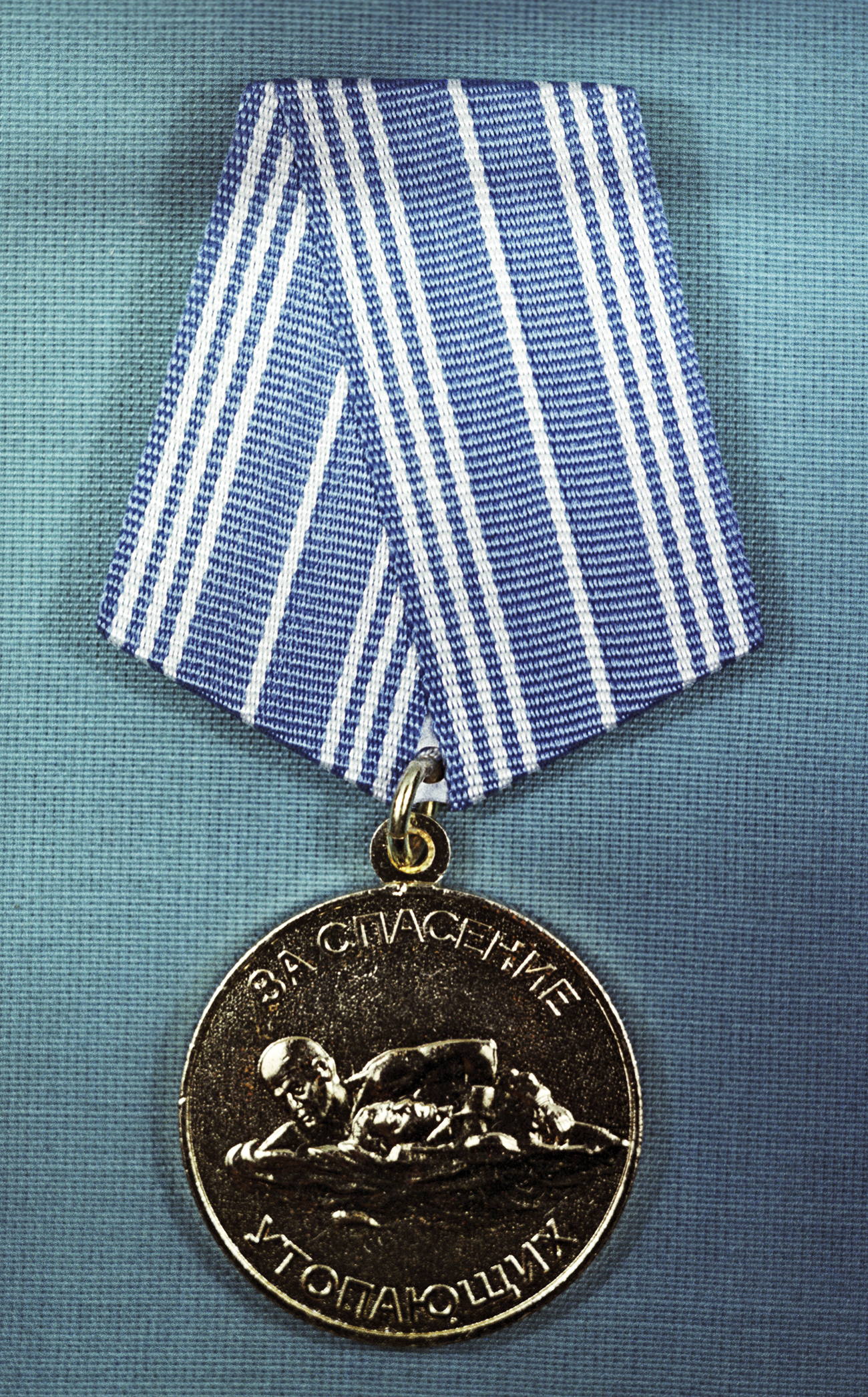 "The cause of helping the drowning is in the hands of the drowning themselves!" - says a well-known quote from the satirical novel by Ilya Ilf and Yevgeny Petrov "The Twelve Chairs". This ironic expression is popular in Russia still, although in reality the USSR exercised a more humane approach to helping those who were drowning. Evidence of this is a special medal that was established in 1957 which was awarded to those who demonstrated "courage, bravery and selflessness" when rescuing drowning people.

The obverse side of the medal depicts a swimmer battling the waves, and the reverse side, a hammer and sickle. The medal "For the rescue of the drowning" was given not only to professional rescuers: If you were walking along a waterfront, saw someone drowning, rushed to pull them out of the water and saved them - you might well have been a recipient of the award.

2. 'For the Development of Virgin Lands' 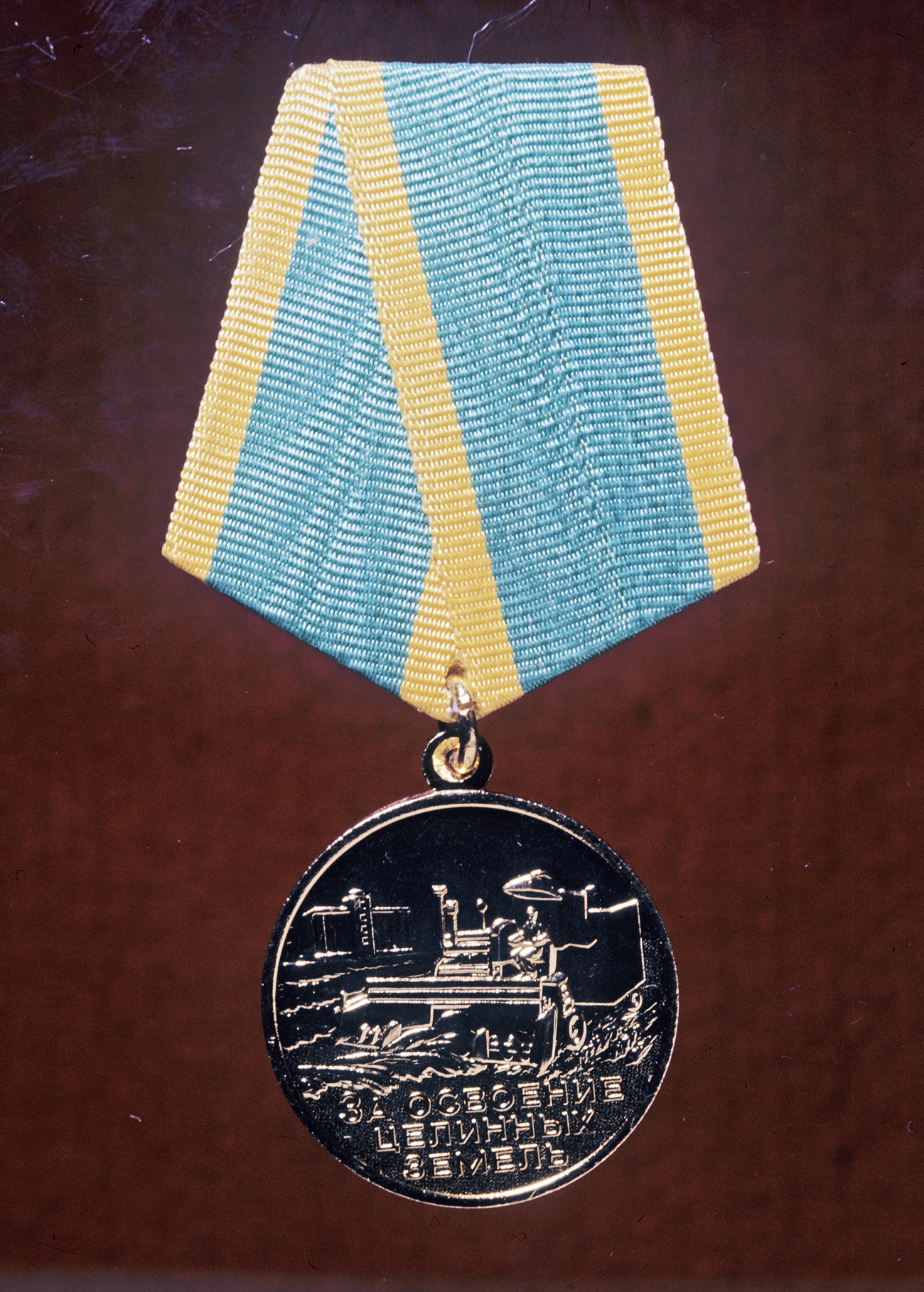 This medal is directly related to the history of the USSR. In 1955-1965, in order to boost grain production, the state actively developed virgin (poorly cultivated or previously untilled) lands for agricultural purposes. The medal "For the Development of Virgin Lands" (established in 1956) was awarded mainly to collective farmers and party workers who demonstrated particular zeal in performing this task.

Yet, there were exceptions to this rule: For instance, this medal was awarded to Yuri Gagarin, the Soviet cosmonaut who became the first man in space. Furthermore, the medal was the first awarded to Gagarin after his space flight, directly at the central Russian airfield, near Engels where his space capsule landed. One would have thought that Gagarin had nothing to do with the development of virgin lands, yet when it came to awards, these things often did not matter in the USSR. "I visited pioneers and was made an honorary pioneer. I visited farmers and became an honorary collective farmer. Yesterday I visited the mentally ill. So I will probably be named an honorary madman now," writer Maxim Gorky wrote in 1933. 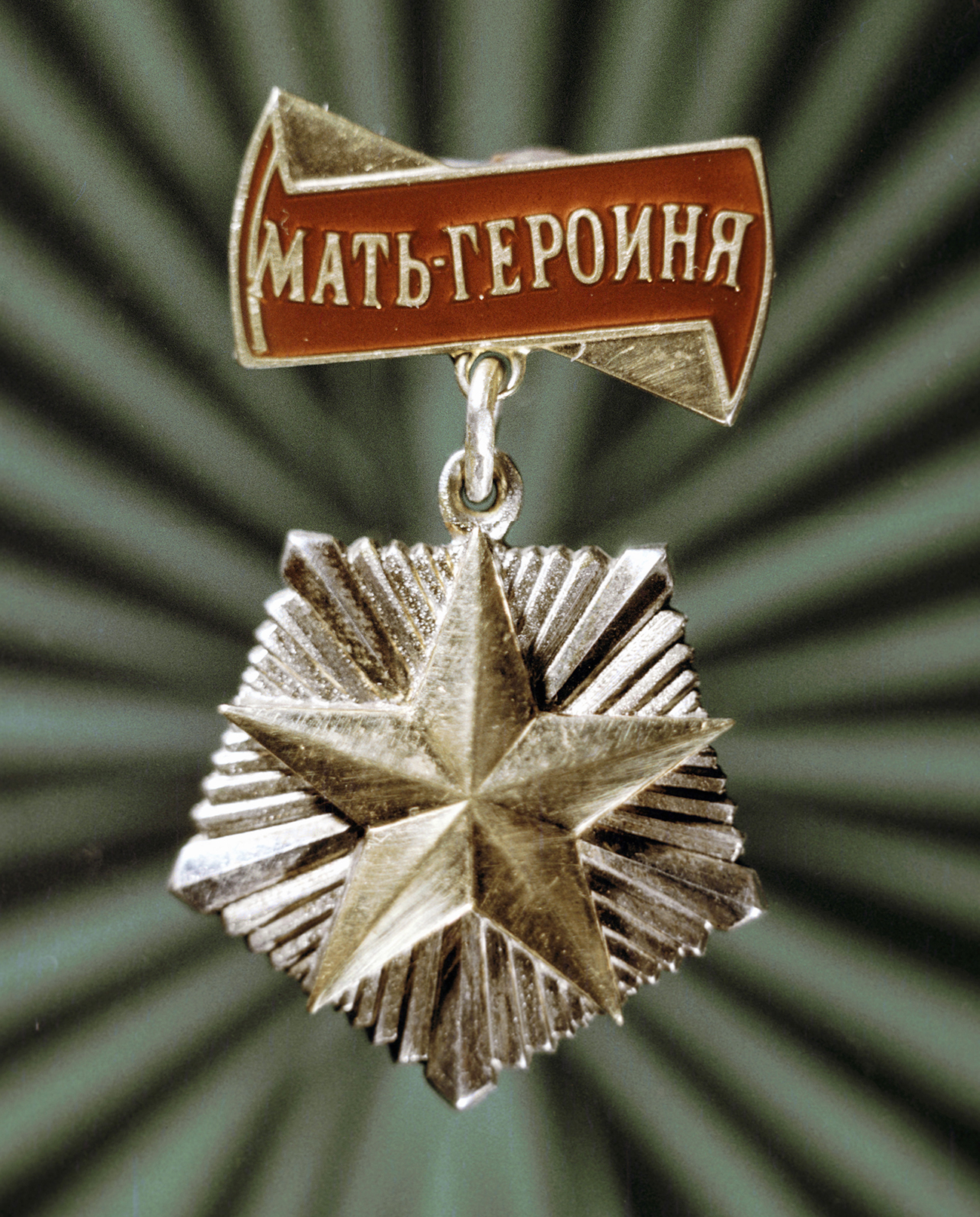 During World War II, the Soviet Union lost millions of its citizens killed in the conflict. To encourage more births, in 1944 the government established a system of medals and decorations for mothers of large families.

The  “Heroine Mother” order remained in use till the very breakup of the Soviet Union. Over that time, it was handed out to some 430,000 Soviet women, mainly residents of Central Asia.

4. 'To commemorate the 100th anniversary of Lenin’s birthday' 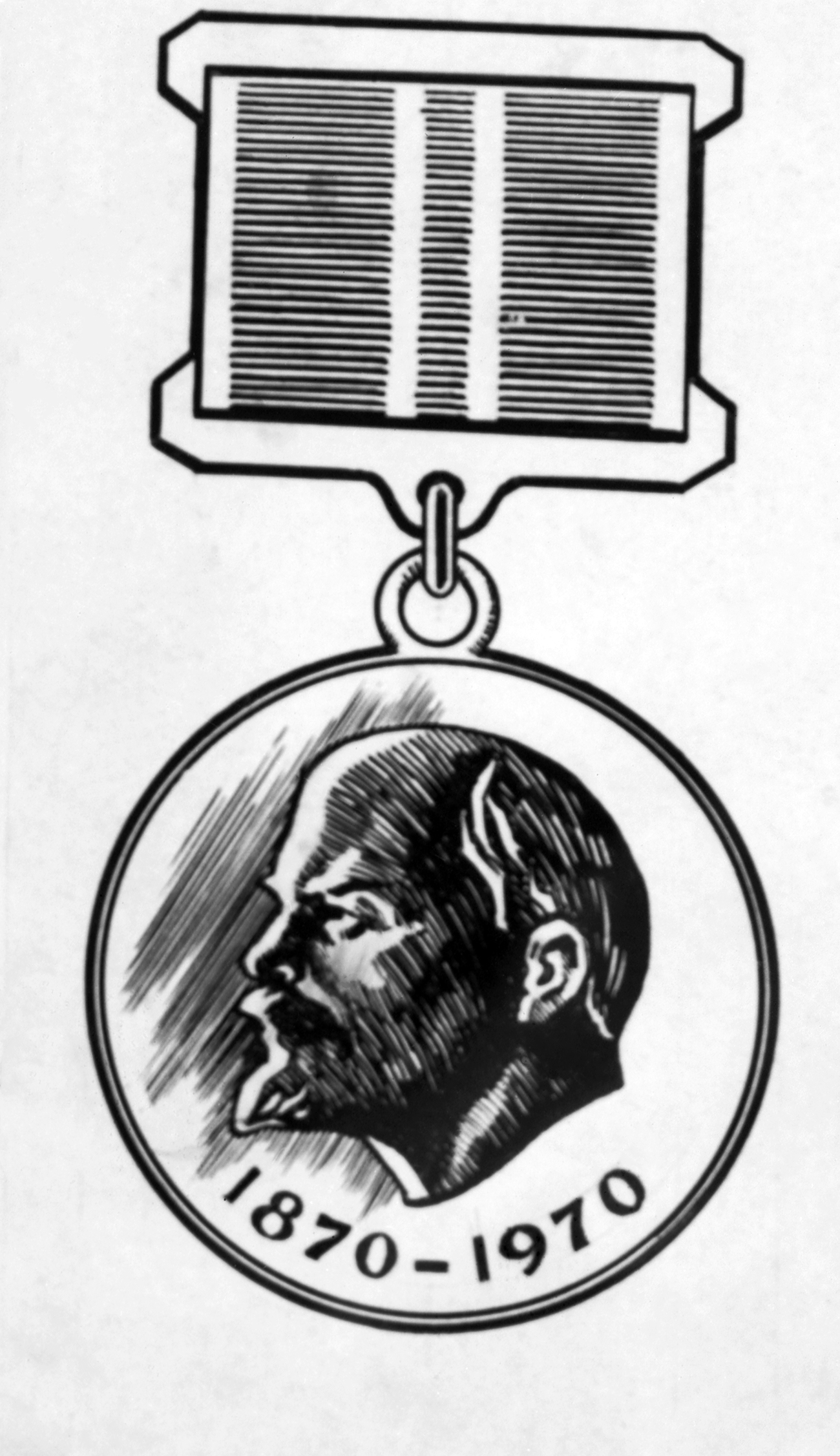 "Lenin is forever alive, Lenin is forever with you," a Soviet song proclaimed. Khrushchev replaced Stalin and Brezhnev replaced Khrushchev, but the "leader of the world proletariat" remained the main symbol of communism, an infallible authority and "the most humane human". It is not surprising then that a special medal was issued to commemorate the 100th anniversary of the leader's birthday (in 1970).

There were two types of medal: "For military merit" (to members of the armed forces l) and "For valorous work" (to everyone else). The list of those who were entitled to the medal was extensive: "Workers, collective farmers, national economy specialists, civil servants, science and culture figures who have shown elevated models of working".

On the 100th anniversary of Lenin’s birth, the government did indeed show much generosity and presented the award to a great number of people including 5,000 foreign nationals. The total number of medal holders was over 11 million people, which is comparable, for example, with the population of present-day Belgium. One can only guess how many jubilee awards the Soviet government would have handed out on the 150th anniversary of Lenin’s birth in 2020, had the Soviet Union not fallen apart.

Read more: Mystical emblem: The secrets of the hammer and sickle