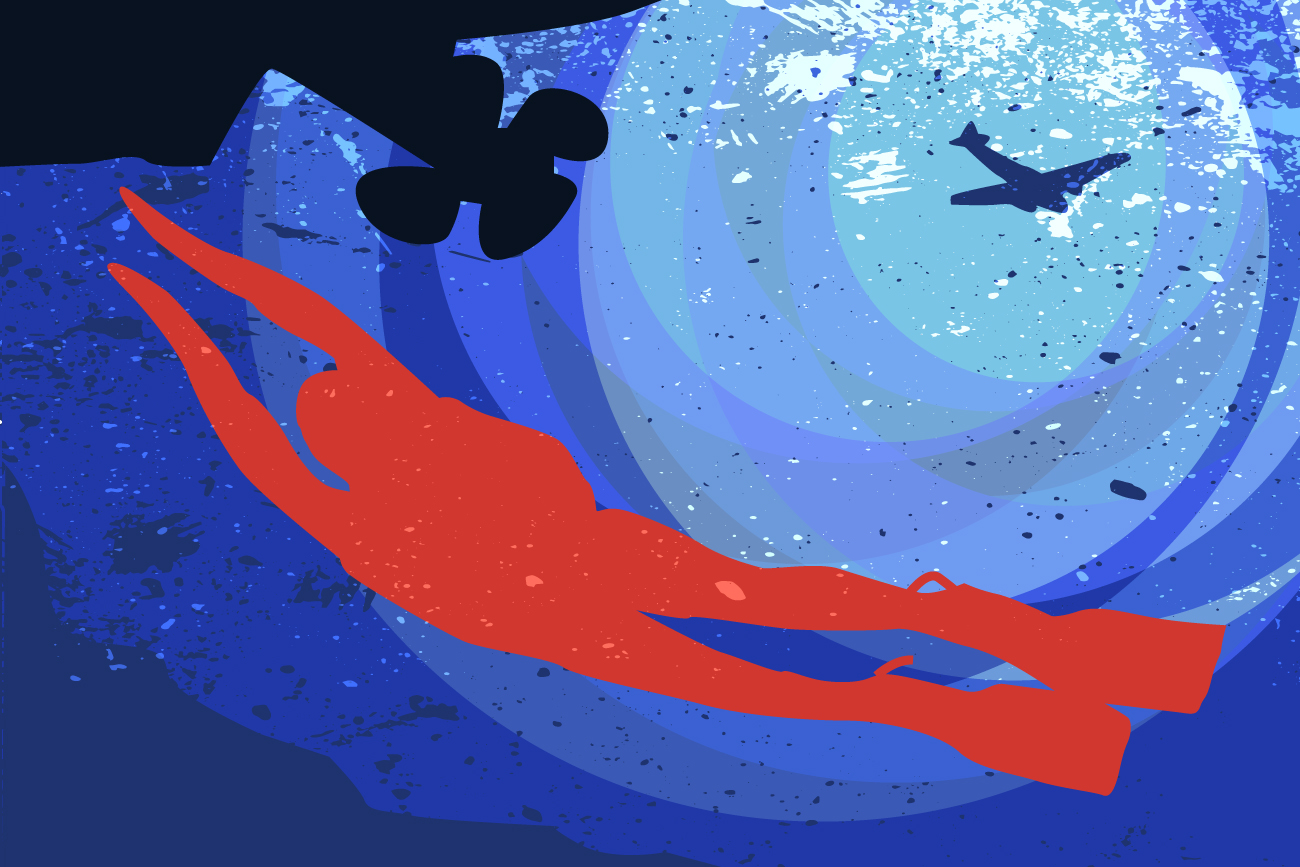 Most crazy escapes from USSR

Alena Repkina
Piercing the Iron Curtain and escaping to the free world was a dream for many Soviet citizens. The future Nobel Prize winner Joseph Brodsky was once so desperate that he planned to highjack a plane. This, however, required harming a pilot, so the poet, who was a humanist, eventually decided he couldn't go through with it. Other people, however, were ready to endanger both their lives and others in order to defect, and did the craziest things imaginable. 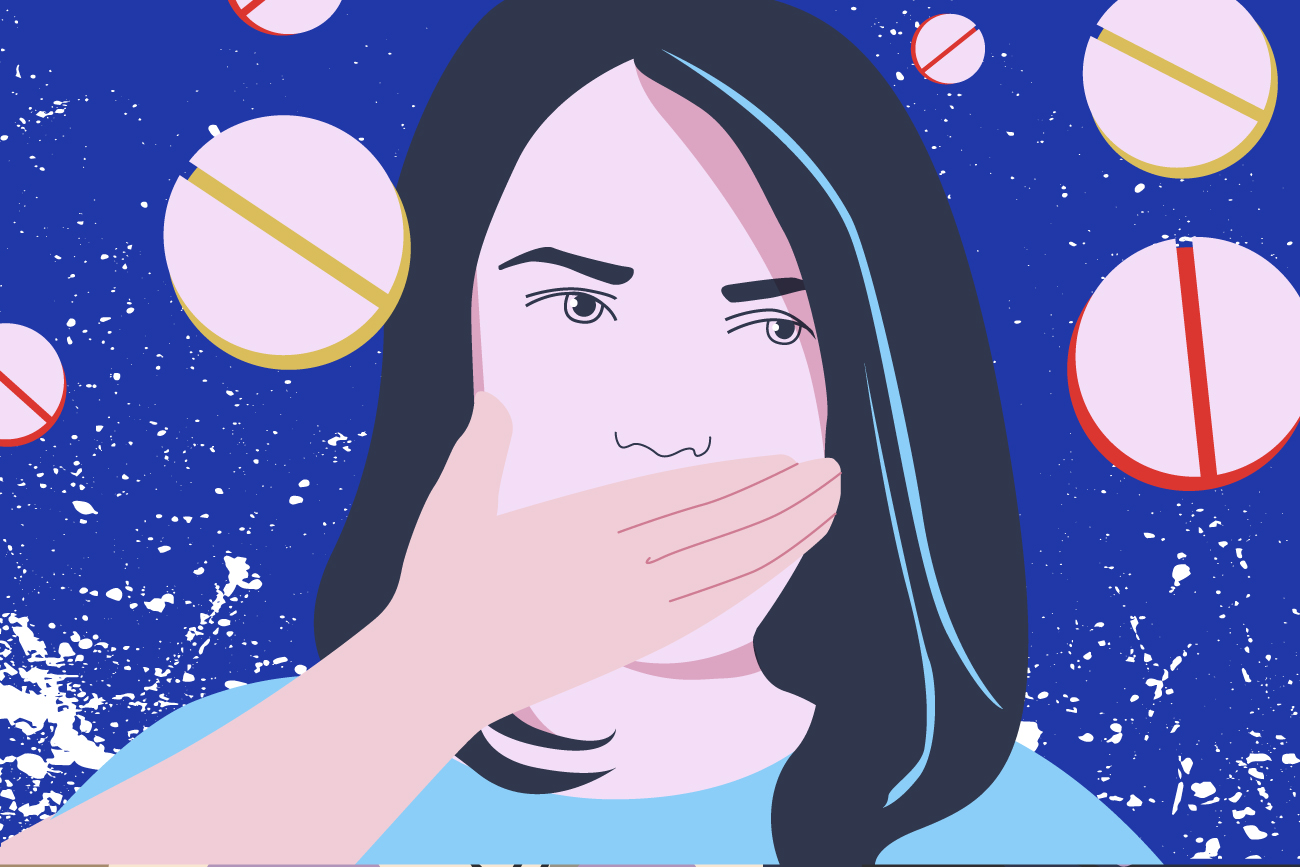 A lot of people had serious doubts about the veracity of Daina’s claims, but her willingness to put her own life at risk impressed the Americans greatly. Source: Alena Repkina

On April 10, 1970, the U.S. Coast Guard answered a distress call from a Soviet trawler off the coast of New York. One crew member, a kitchen worker, had acute poisoning – or so it seemed.

In truth, the woman – a 25-year-old Latvian named Daina Palena – had intentionally ingested a large amount of sleeping pills to get a chance to remain in the United States. Palena spent 10 days in a New York City hospital, constantly watched by employees of the Soviet Mission to the United Nations.

Just as the officials were planning her transfer back to the Soviet Union, Palena requested political asylum, claiming that, "the secret services watch people in Latvia so closely that the government knew what they think." She also stated that Soviet citizens were not allowed to hold rallies or express opinions that went against the official ideology.

Where is she now?

A lot of people had serious doubts about the veracity of Daina’s claims, but her willingness to put her own life at risk impressed the Americans greatly, and 18 days after the poisoning incident, Palena was granted asylum. She later found a job in a store in New Jersey. 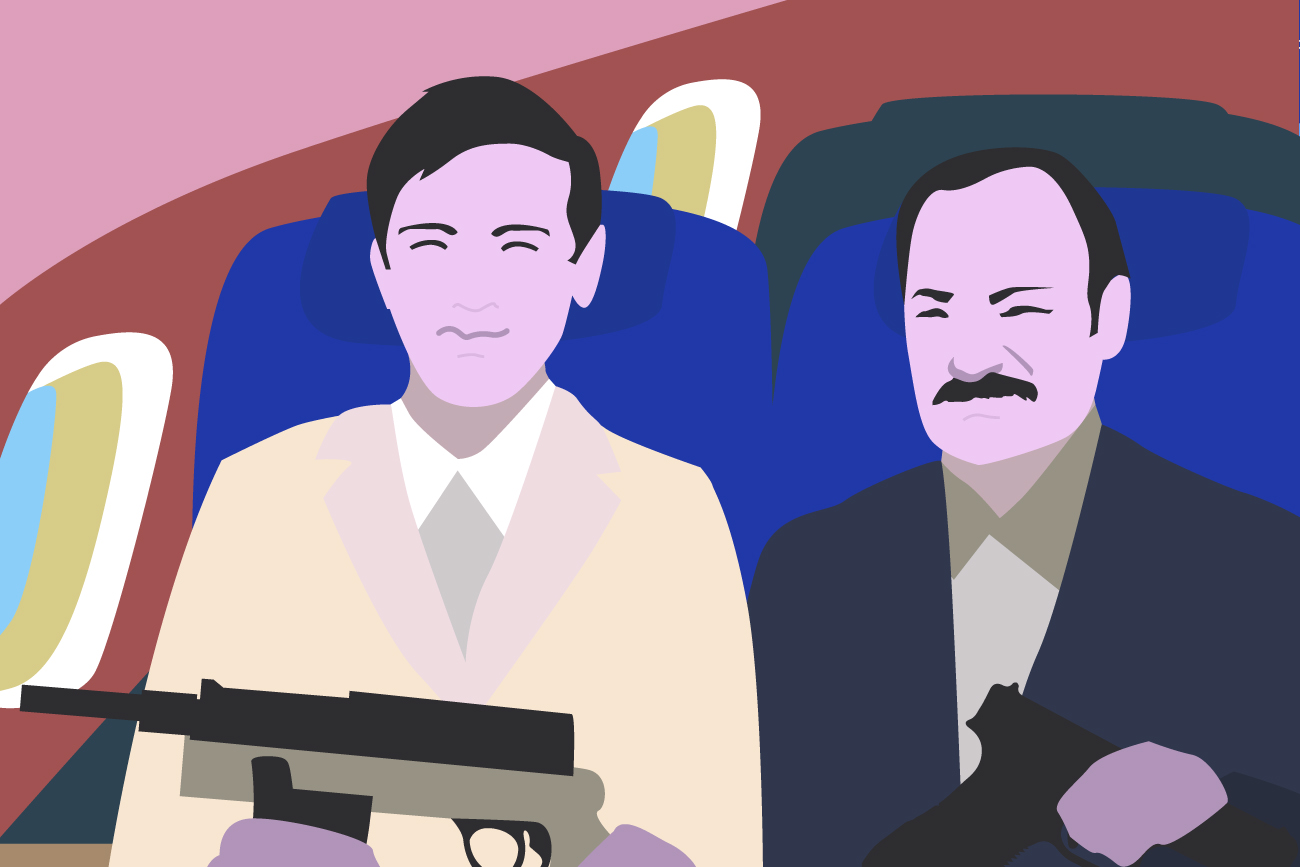 In February 2002, the son murdered his father, aged 77 at the time, hitting him several times on the head with a dumbbell. Source: Alena Repkina

On October 15, 1970, Pranas Brazinkas, a Lithuanian, and his 13-year-old son, Algirdas, hijacked an Antonov An-24 from Batumi to Sukhumi. The terrorists managed to smuggle firearms and a hand grenade on board, and, shortly after takeoff, ordered the stewardess to pass a note to the pilots that detailed their demands and signed by a "General Krylov."

When the woman refused and tried to raise the alarm, the men opened fire, killing her and wounding several crew members. The co-pilot was forced to comply and flew the plane to Turkey where the terrorists surrendered to local authorities who subsequently refused to extradite them to the USSR. Pranas stated that he committed the terrorist act because he could have faced death if he had stayed in the Soviet Union, because he was a member of the Lithuanian underground resistance.

Where are they now?

Father and son Brazinkas attracted considerable attention from Western politicians, and the two men received light sentences from the Turkish authorities: the father was given 8 years, while the son got two. In 1974, Pranas was granted amnesty, and in 1976 the two moved to California where they became known as Frank and Albert White.

Algirdas managed to adapt to his new life quite well, but Pranas had a harder time adjusting, and suffered from increasingly severe bouts of paranoia. In February 2002, the son murdered his father, aged 77 at the time, hitting him several times on the head with a dumbbell. During his trial, he claimed that he acted in self-defense, alleging that his father thought he was a KGB agent and tried to shoot him. Algridas was sentenced to 16 years in prison.

3. The mad scientist adrift at sea 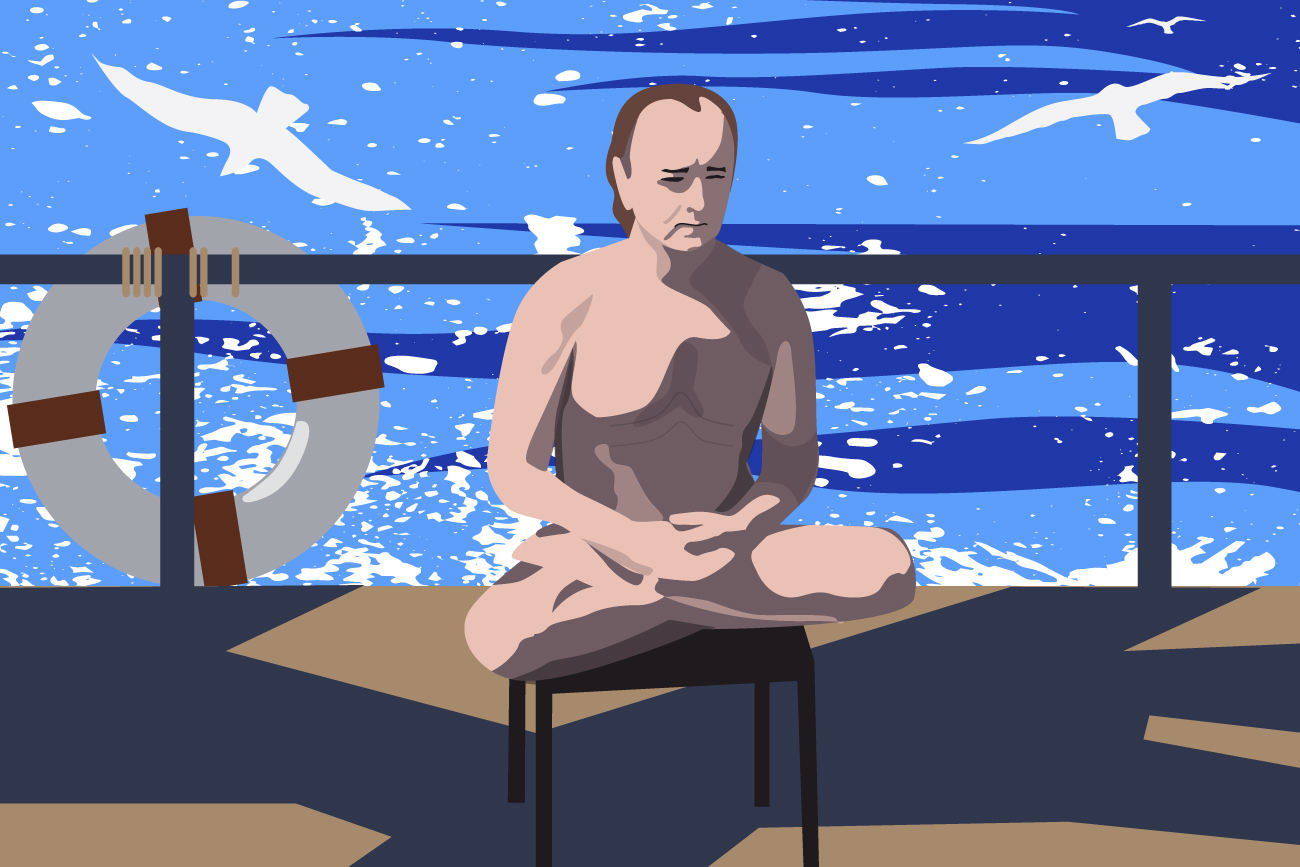 The scientist spent almost three days in water without sleep, food, or any way to quench his thirst. Source: Alena Repkina

The Soviet oceanographer Stanislav Kurilov was eager to participate in international expeditions, and he even managed to contact Jacques-Yves Cousteau and arrange for some joint projects. But the Soviet government wouldn't let him go.

Desperate, Kurilov devised a plan: he would take a trip on a Soviet cruise liner, and escape. The cruise ship he selected was a "cruise to nowhere," meaning that it never entered foreign ports, but only sailed to the equator and back. No one but the crew knew the ship’s exact course, so the scientist had to sneak into the crew’s cabin to study the map and learn the moment when the liner was closest to another country.

On Dec. 13, 1974, on the night of his escape, a storm was raging. Kurilov couldn't simply jump off its side, and instead, he had to jump from the ship’s stern, risking mutilation by the ship’s propeller. After the successful jump, the scientist spent almost three days in water without sleep, food, or any way to quench his thirst.

Kurilov had brought with him a snorkeling mask and fins, but in large part he survived thanks to his excellent physical shape and having practiced yoga for 10 years (the scientist studied it using samizdat books). He swam for almost 60 miles, eventually reaching his destination – the island of Siargao in the Philippines.

Where is he now?

Kurilov had to serve six months in a Philippine refugee camp, and later he was deported to Canada, where his sister lived. He fulfilled his dream, traveling the whole world from the Arctic to Hawaii with various scientific expeditions. He died in January 1998 when he became tangled in nets and drowned during a diving mission in the Sea of Galilee.

4. Girl in the red bikini 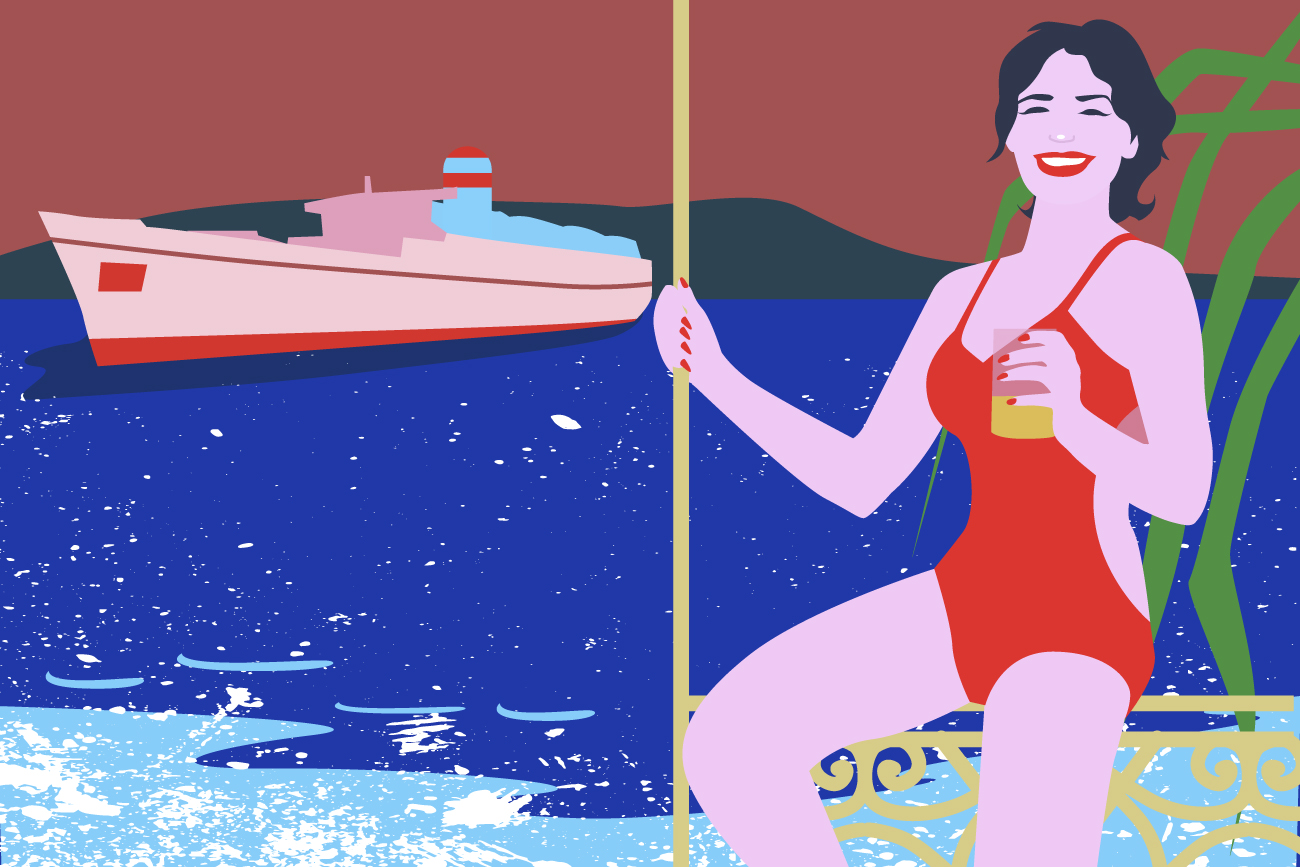 Liliana Gasinskaya was granted political asylum by Australian authorities, which caused some serious controversy as many people noticed that she was picked over numerous refugees from Vietnam whose situation was much worse — probably because they weren’t as pretty as the `Girl in the red bikini.’ Source:Alena Repkina

Liliana Gasinskaya, 18, was a crew member on board the Leonid Sobinov, a Soviet cruise ship bound for Australia. On January 14, 1979, as the passengers were partying on board the cruise ship in Sydney’s harbor, Gasinskaya climbed out of the ship’s porthole wearing nothing but her red bikini, and jumped into the water without anyone noticing. It took her 40 minutes to reach the shore.

Soviet secret agents in Australia quickly began looking for her, but journalists from the Daily Mirror found and hid her in exchange for an interview and a photo shoot. In order to confuse the Soviet agents who were on her trail, they held a fake interview with a newspaper employee first.

In her interview, Gasinskaya revealed that she decided to stay in Australia after having been charmed by photos of the country in a magazine she once saw. She was granted political asylum by Australian authorities, which caused some serious controversy as many people noticed that she was picked over numerous refugees from Vietnam whose situation was much worse — probably because they weren’t as pretty as the `Girl in the red bikini.’

Where is she now?

Gasinskaya married Graham Fletcher, a photographer. She became the first centerfold of Australian Penthouse, worked as a go-go dancer, and had some roles in TV shows. In 1984, she married the Australian millionaire Ian Hayson and tried her hand in the cosmetic business, but the couple split several years later. Afterwards, she moved to the U.K. and disappeared from the media's radar screen.

Read more: When sparks fly - 5 legendary Russian couples of the past 100 years>>>