From serfdom to freedom: The long and winding road 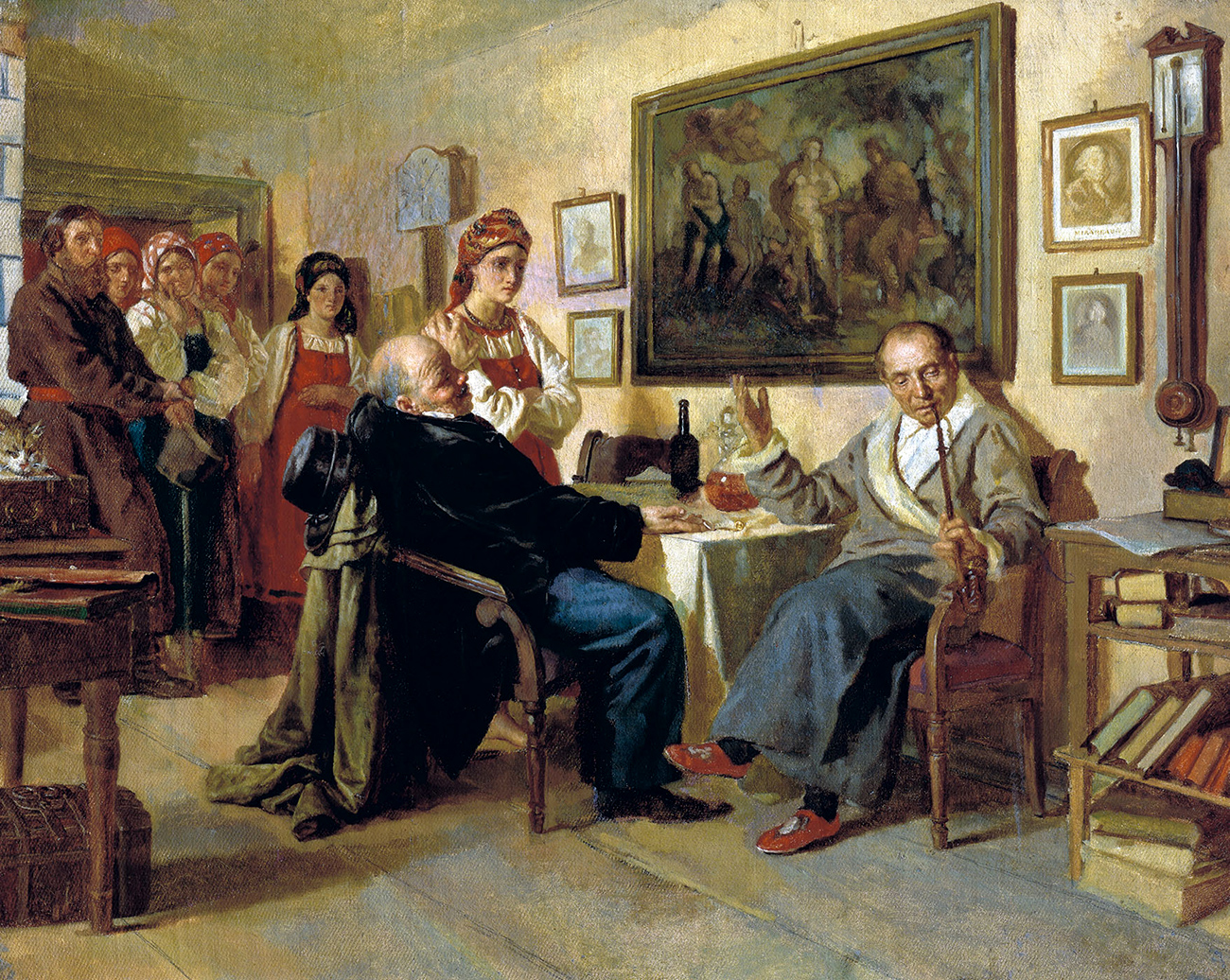 "The Bargain" by Nikolai Nevrev (Sale of a serf girl).

Tretyakov Gallery
In April 1797, 220 years ago, Emperor Paul I of Russia signed a decree limiting 'barshchina,' the obligatory work Russian serfs were forced to perform for their landowners, to three days a week. This was the first small step towards the liberation of a class comprised of 23 million people whose living conditions were often compared to those of black slaves in the United States.

“The Russian village had turned into a North American plantation of Uncle Tom’s era,“ is how Vasily Klyuchevsky, a leading 19th-century historian, described the situation of Russian peasants during the late 18th century. At that time, the system of serfdom was flourishing in Russia. Peasants were legally bound to the land they occupied and their fates were largely determined by the nobility who owned the land.

People bound to the land

Serfdom fully developed in Russia during the late 16th and early 17th centuries. Before that, peasants who worked for noble landowners still held the right to work for others on certain days of the year. In 1649, however, the Tsardom of Russia published its first legal code forbidding peasants to leave their masters at any point.

“The state needed to bind people to the land,” says the historian Alexander Pyzhikov, a senior fellow at the Social Sciences Institute of the Russian Presidential Academy of National Economy and Public Administration. According to Pyzhikov, when peasants had the right to leave their masters many often fled to the remote regions of Russia, far away from the government and feudal lords. 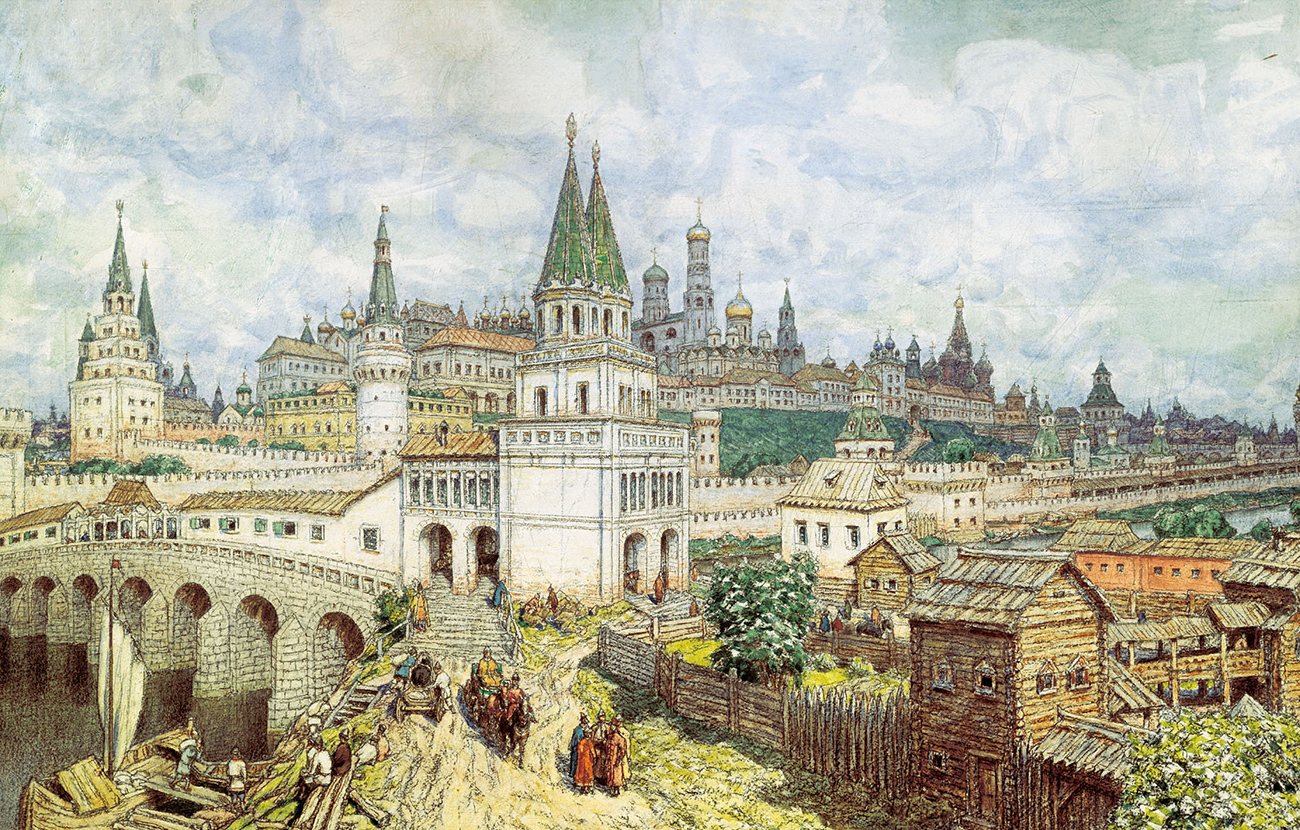 The heyday of the Kremlin. All Saints Bridge and the Kremlin at the end of the 17 century by Apollinary Vasnetsov. / Source: Museum of History of Moscow

During the 16th and the 17th centuries, Russia was constantly engaged in expansionist wars and the state needed peasants to be available for military conscription. “It was beneficial for the landowners because the peasants worked for them, after all,” Pyzhikov adds. As a result, by the 17th century the ruling classes of Russia had accepted the transition to serfdom and found it beneficial.

Living for the sake of others

Russian serfs lived and worked on the land provided to them by their masters and provided barshchina or obrok in return. Barshchina was unpaid labor, meaning that for a certain number of days per week, serfs were obliged to work the plow or dig up potatoes for their landowners, rather than for themselves. Obrok was a concurrent scheme where peasants worked when they wanted to but had to regularly give a portion of their harvest or a sum of money to their masters. 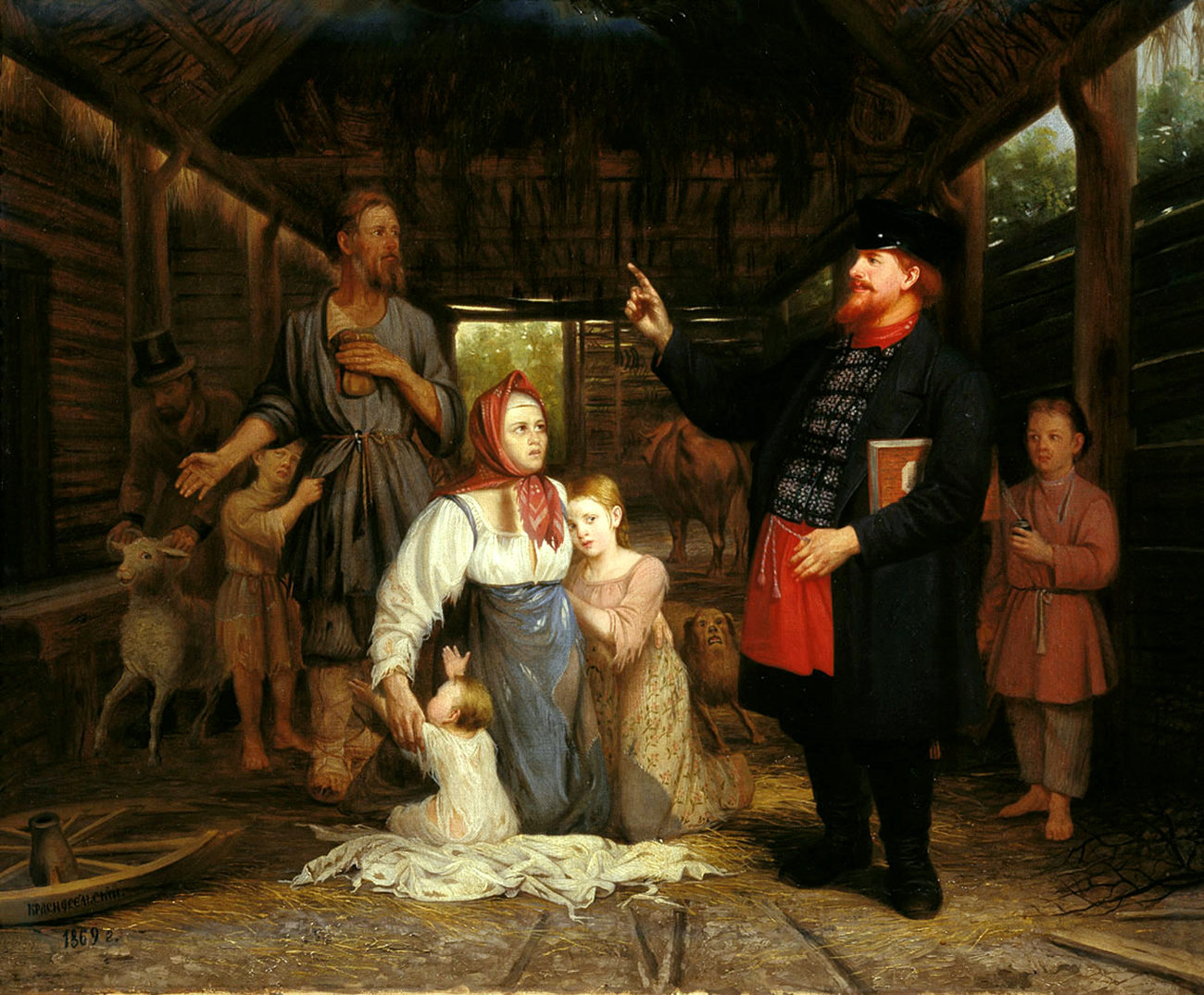 During the 18th century, serfdom survived and even intensified in Russia. For instance, during the reign of Emperor Peter the Great (1682-1725), the practice of selling peasants or providing them as a gift was introduced and became popular. The emperor himself awarded Prince Alexander Menshikov with a rather luxurious bounty of 100,000 serfs who had tried to escape but had been captured. Under Empress Catherine II (1762-1796), the nobility received the right to punish their serfs by exiling them to Siberian labor camps.

As luck would have it

Not all Russian peasants were serfs and some worked for the state or the imperial court rather than for a landowner. In certain regions, like Siberia or the Far North, serfdom was not enforced at all and the peasants were free. Nevertheless, by the late 18th century, the percentage of serfs in Russia’s peasantry class was huge. According to tax records, the number of serfs exceeded 50 percent of the country’s total population, which was 40 million people at that time. 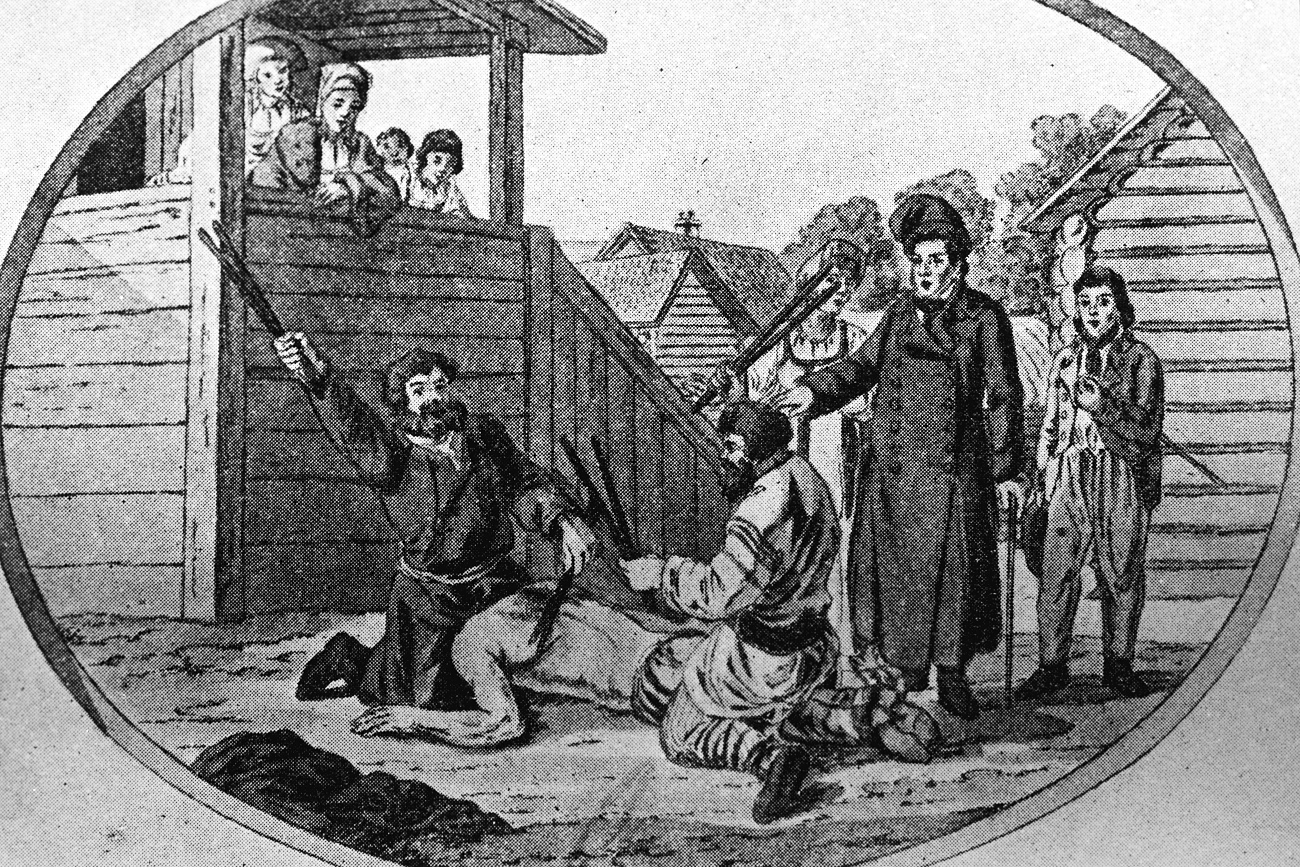 "Serf Punished with Cudgels in the Presence of the Landlord's Family and Servants," a print by Christian Geissler. Late 18th century. / Source: RIA Novosti

The living standards of serfs were largely dependent on their masters, and thus, on chance. A testament to this is the infamous story of Daria Saltykova, a sadistic landowner who tortured at least 38 of her serfs to death, despite the fact that nobility did not officially have the right to execute their serfs. In 1762, Saltykova was imprisoned for her heinous crimes, but there were many other landowners who manhandled and humiliated the practically powerless serfs.

Nevertheless, Pyzhikov believes that Klyuchevsky’s statement comparing Russian serfs to North American slaves is an exaggeration. “Of course, the life of a peasant was hard,” he says, “but they weren’t treated as objects, per se. They had land where they could live and work, even if they didn’t always work for themselves.” Some noblemen treated their serfs sympathetically, helping them to get an education, or in some cases, even freeing them.

Paul I was the first to try and improve the lot of the serfs by issuing his decree on barshchina in 1797. Specifically, this document banned landowners from forcing their serfs to work on Sundays and decreed that the labor of the serfs during the remaining days should be divided equally, with three days worked for themselves and three days worked for their landowners. 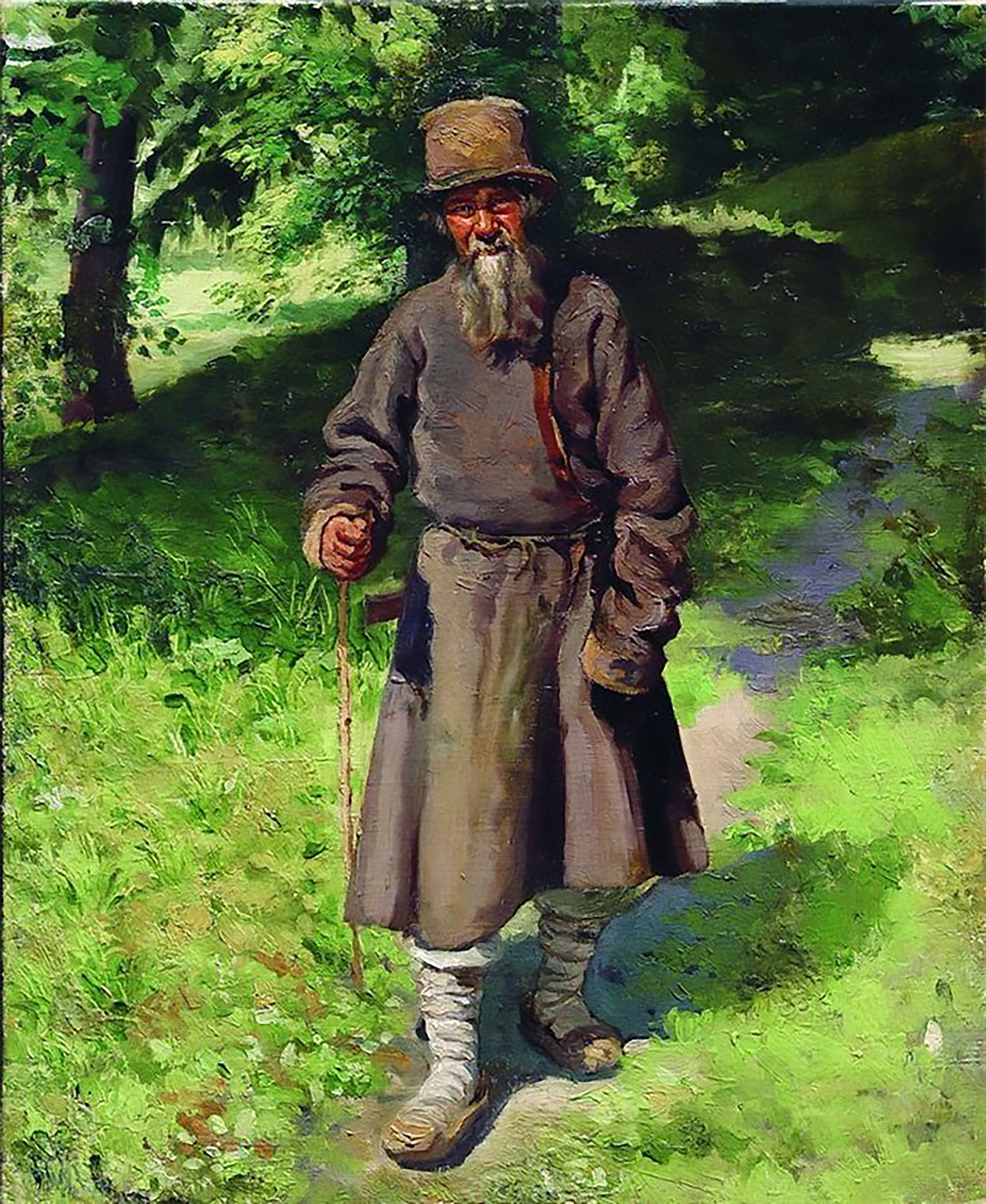 Nikolai Yaroshenko. "A peasant in the woods". 1880 / Source: Private collection

According to Pyzhikov, Paul’s decree was important because it was the first attempt by an emperor to limit the power of landowners over their serfs. On the other hand, the decree was not actively enforced and did not specify penalties for failure to comply so few noblemen actually followed it.

Subsequent attempts by emperors to limit landowners’ power over serfs were also largely symbolic. For instance, the so-called Decree on Free Agriculturalists, signed by Emperor Alexander I in 1803, entitled landowners to free their serfs, but the noblemen were not eager to utilize this new right. During the period when the decree was in effect only 1.5% of all serfs were freed.

Serfdom survived in Russia longer than in any other major European country and was not abolished until 1861. According to Pyzhikov, Russian emperors were reliant on the landholding elites, many of whom owned serfs and had no interest in changing the status quo. Unwilling to provoke the nobility, the state was wary of encroaching on their privileges. 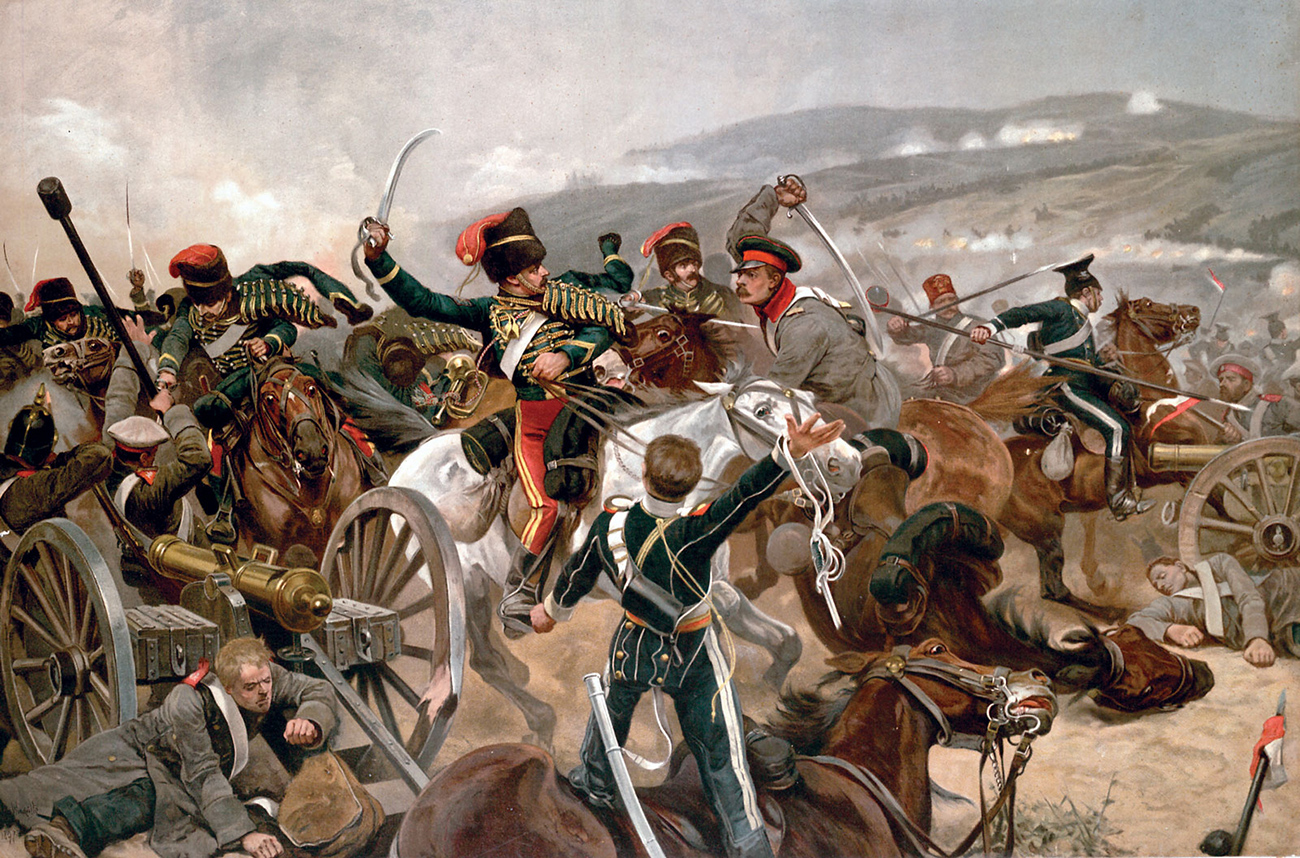 Everything changed following the Crimean War (1853-1856) where Russia had been defeated by the British Empire and France. One of the reasons for this defeat, according to historian Alexander Orlov, was Russia’s economy, which was still agrarian and semi-feudal. This meant that Russia was far behind in terms of industrial development in comparison with other European nations who had already undergone their respective industrial revolutions.

The necessity for change had become obvious, as had the dissatisfaction of the people. After taking the throne in 1855, Alexander II famously said, “It is better to abolish serfdom from above than to wait for it to abolish itself from below.”

After lengthy preparations, reform was finally enacted in 1861, when Alexander II signed the Emancipation Reform, which abolished serfdom altogether. This freed 23 million serfs, which amounted to 34 percent of the population of the empire.

In practice, peasants remained in a subordinate situation due to the fact that the land that they lived on was still owned by the nobility. Therefore, they either had to buy the land from the owners or abandon their homes and move to cities in search of employment. 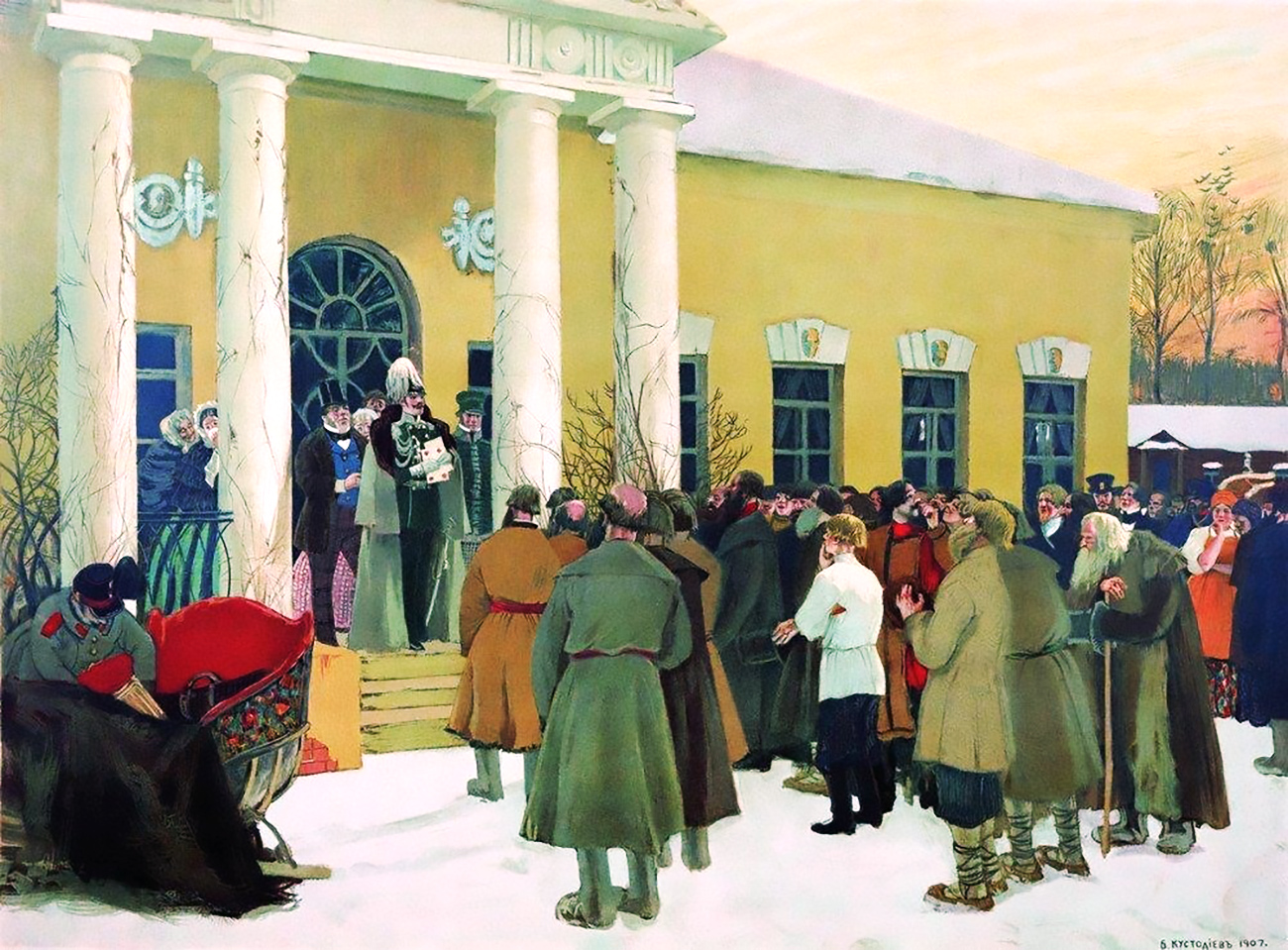 This reform generated unrest among the peasants with numerous revolts following in its wake. Many former serfs believed that the emperor had liberated them “properly” and had provided them with land, but that the wicked landowners were concealing this truth from the people. However, under this decree peasants were actually required to buy their plots from the owner, a law which remained in place for another 45 years. In 1906, having learned the lessons of the 1905 Revolution, the government did finally cancel this requirement of payment for land.