Where to find the Amber Room, a cultural treasure stolen by the Nazis 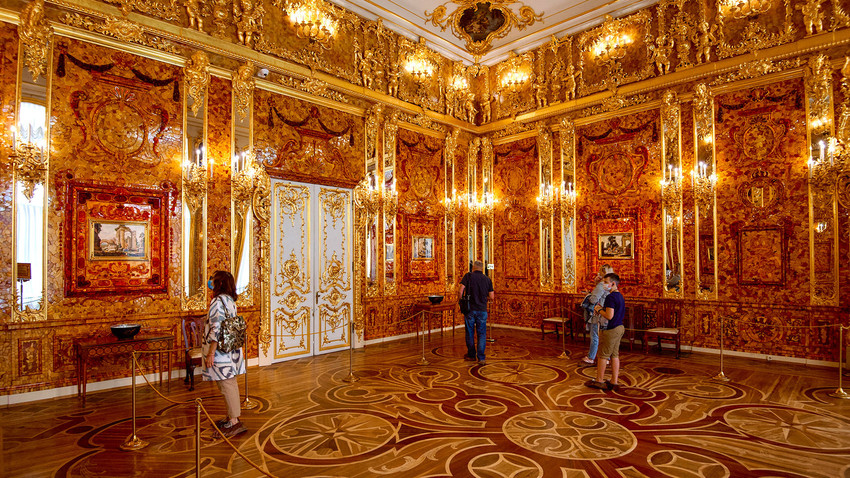 Alexei Danichev/Sputnik
A symbol of both Russian and German greatness, the Amber Room was the pride and joy of the House of Romanov. Its contents mysteriously disappeared during World War II and have never been found. In recent decades, Russian craftsmen and scientists have recreated this marvelous chamber. However, rumors regarding the whereabouts of the original Amber Room still spark debate among enthusiasts today.

Peter I, the first emperor of Russia — who reigned from 1682 to 1721 —  was well known for his love of curiosities. His collection of unusual and unique items, the Kuntskamera, is full of rarities ranging from mineral deposits to the fetuses of deformed still-born infants. His collection is still exhibited in St. Petersburg today. During his rule, every monarch in Europe knew that there was no better way to please the powerful Russian czar than to give him an unusual present.

This is why Frederick William I of Prussia came up with an elaborate gift in his attempt to win Peter I’s favor. In 1716, he presented the Russian emperor with a chamber, designed by the finest Prussian baroque architects and sculptors, decorated with amber and gold. This was the famous Amber Room, which would later be called the Eighth Wonder of the World due to its astounding beauty. 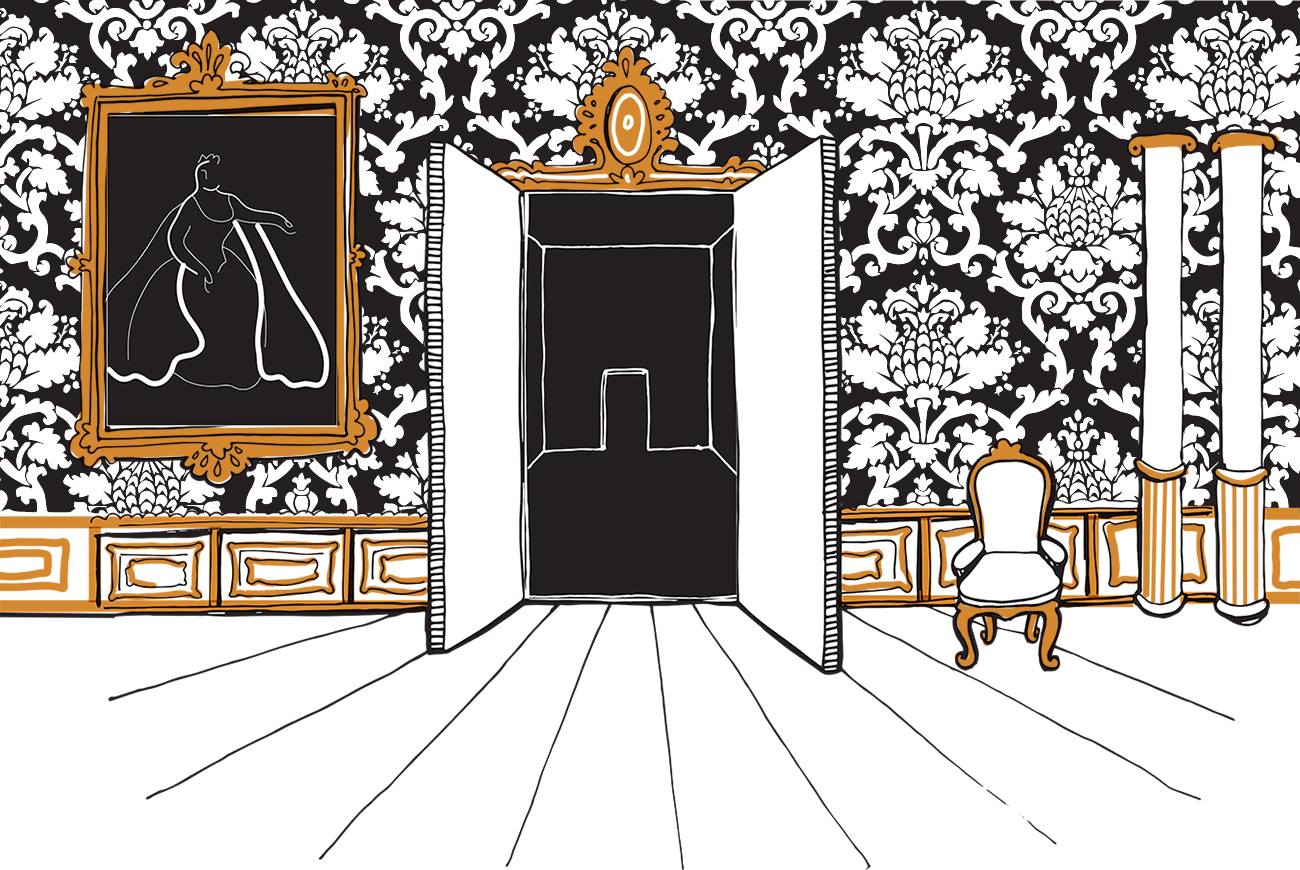 The Amber Room: A magnificent treasure stolen by the Nazis. Source: Varvara Grankova

From Prussia to Russia

Peter I’s descendants had the chamber remodeled and significantly expanded, turning it into a pearl of their prosperity. By the end of the 18th century, it had been transformed into a gorgeous room covering almost 100 square meters and decorated with six tons of amber, gold leaf and semi-precious stones. Historians and jewelers still argue over the approximate value of the Amber Room with estimates ranging from $142 million to over $500 million.

Catherine the Great — who reigned from 1762 to 1796 — had the chamber placed in her summer residence, the Catherine Palace, which was located in Tsarskoye Selo (now the city of Pushkin, 30 km south of St. Petersburg). This unique piece of art was constantly maintained and remained in the Catherine Palace until 1941. Ironically, a large-scale restoration was scheduled to take place that year but, due to the war, this never happened. 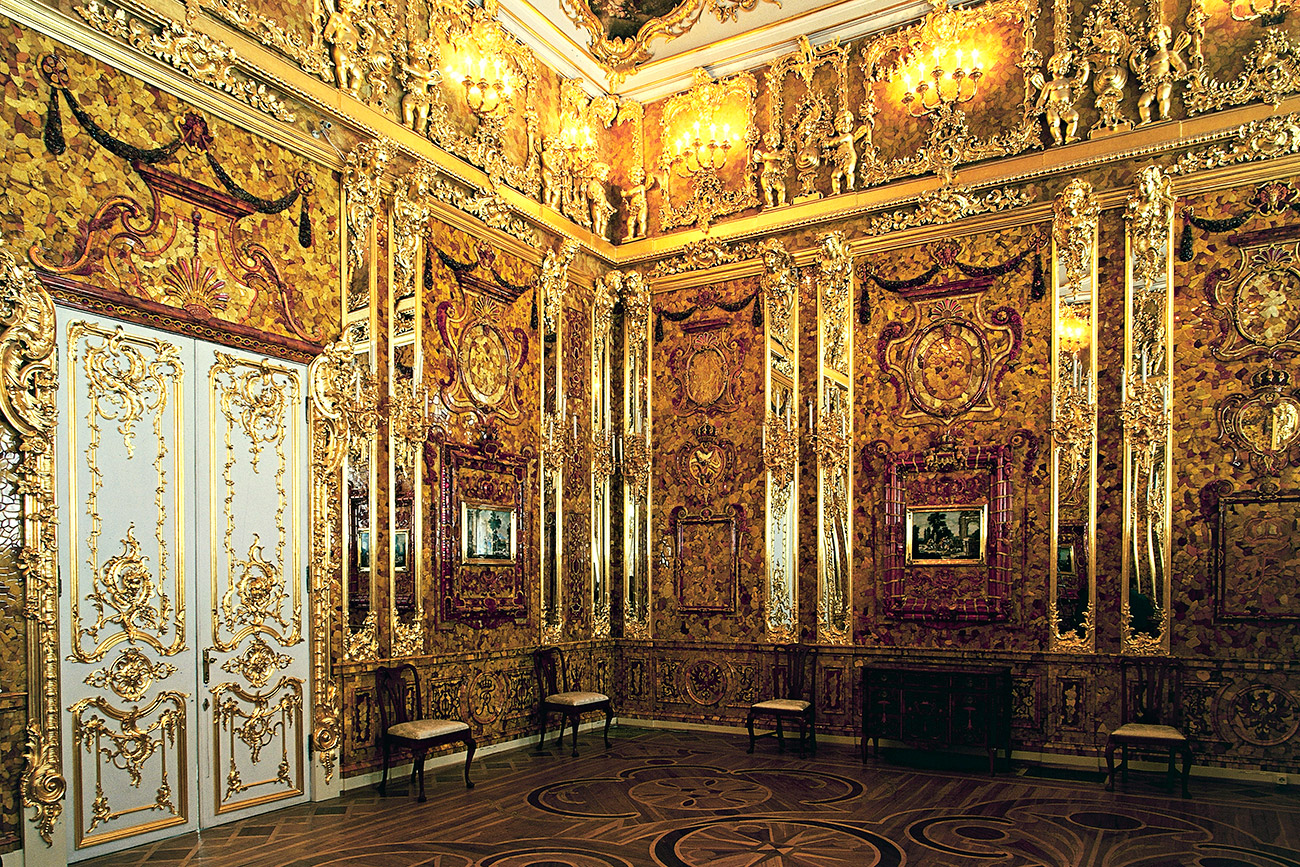 World War II broke out in June 1941. The fighting was very challenging for the USSR, especially during the first few months. By that September, the city of Pushkin had been occupied by the German army. By this time, many Soviet museum exhibits and priceless works of art had already been shipped to Siberia for safekeeping but the Amber Room was too fragile and heavy to transport.

Under the reign of Adolf Hitler, numerous works of art from previous centuries, the Amber Room included, were officially viewed as property that had been stolen from the German people. The Nazis, therefore, reclaimed this treasure and sent the dismantled Amber Room to Königsberg (now Kaliningrad, Russia, 1088 km east of Moscow).

According to Alfred Rohde, the German art historian who supervised the collection at the Königsberg Castle from 1926-1945, the Germans took good care of the Amber Room. Rohde claims that it even survived the heavy bombing of Königsberg in 1944, when most of the city’s historic center was burnt down, because the chamber had been disassembled and stored in the castle’s basements. Nevertheless, when Soviet troops captured Königsberg in April 1945 they did not find any trace of the room or its contents. The Amber Room had disappeared.

There are plenty of theories as to where the Amber Room went, the simplest being that Rohde lied and the collection had been completely destroyed during the intense fighting for Königsberg. Another theory claims that the chamber remains buried somewhere in the basements underneath the Königsberg Castle, which was demolished by the Soviets in 1969. Experts believe that if this is the case, the chamber would be as good as destroyed because amber requires certain temperatures and conditions to be preserved and is likely to decay underground. 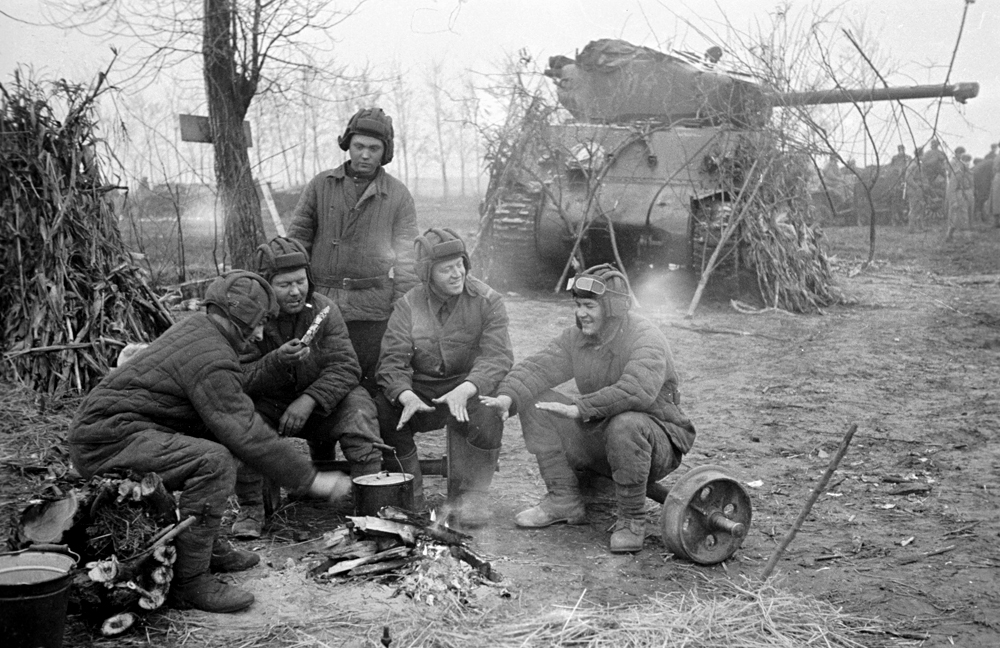 Lend-Lease: How American supplies aided the USSR in its darkest hour

Other suggestions are more enticing to the adventurers who still hope to find the Amber Room. For example, the room could have been dismantled and shipped to Germany when the Nazis realized their defeat was inevitable. A Russian historian Andrei Przedomsky even believes that this piece of art is hidden in undisclosed German Secret Service bunkers outside of Kaliningrad. Some other researchers have posited that the chamber was secretly moved to South America, along with the several Nazi leaders who fled after 1945.

One of the most exotic tales suggests that Germany never seized the Amber Room at all–at least not the real one. According to Fedor Morozov, a specialist from Pushkin, Soviet restorers had copied the decorations, and skillfully replaced the originals with duplicates, before moving the original Amber Room to a safe location prior to the war. Morozov is certain that the Soviet government shipped the contents to Armand Hammer, an American businessman and a close friend of the Soviet Union, as a reward for his support of the country’s Lend-Lease program.

Several pieces from the original Amber Room did survive World War II. In 2000, Germany returned two pieces of the room’s decor to Russia, a Florentine mosaic and an amber bureau. However, it seems that the entirety of the contents will not be found so Russian scientists and sculptors have worked to reconstruct the lost masterpiece. Their meticulous work, which included the participation of German craftsmen, started in 1981 and lasted for more than 20 years, costing $11.35 million. The newly restored Amber Room was opened in 2003 at the Catherine Palace in Pushkin. 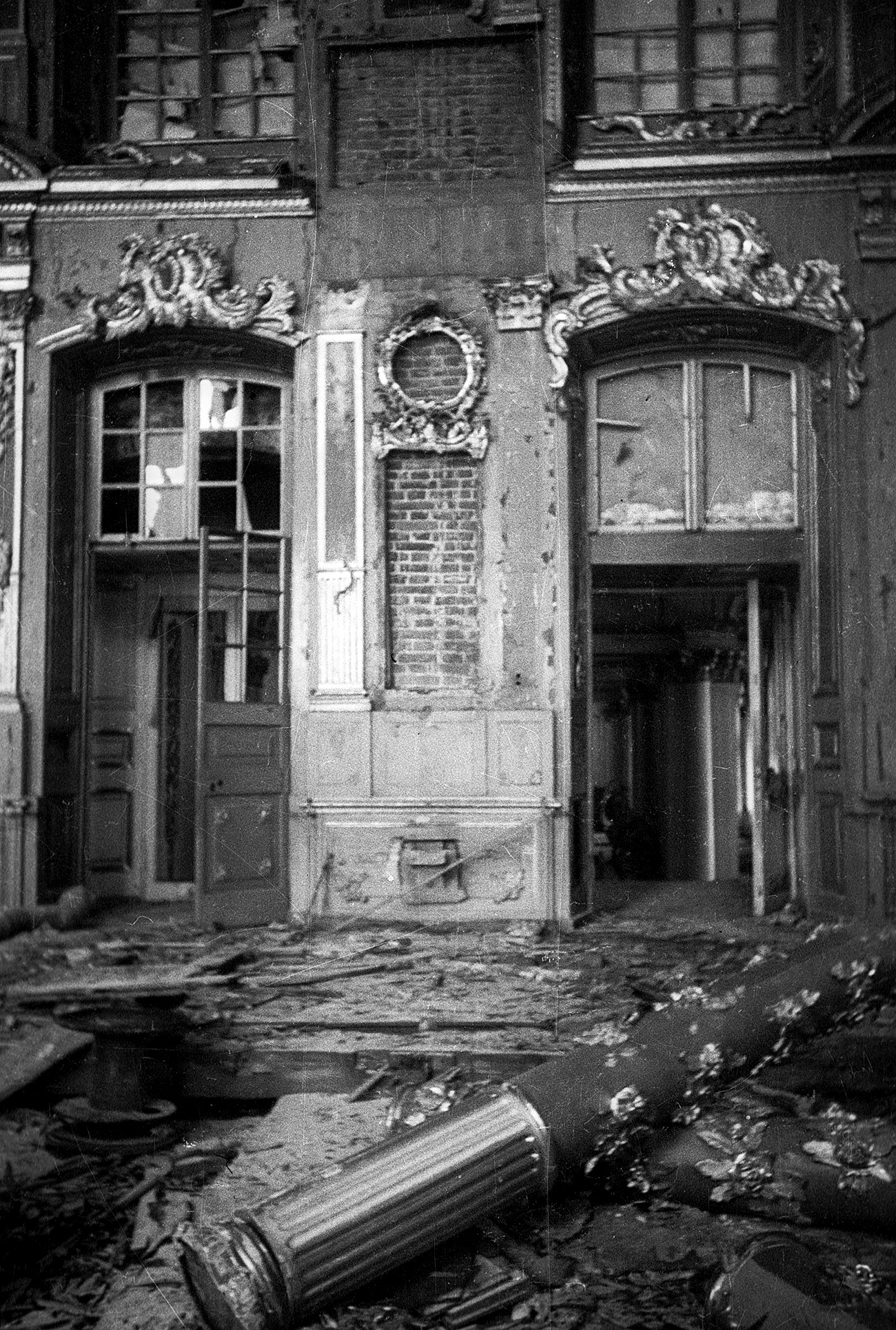 Baron Eduard von Falz-Fein, a Russian-born businessman from Liechtenstein, has spent 30 years of his life searching for the Amber Room. In 2004 he said that while the original chamber appears to have been lost forever, the new version is a worthy substitute. “I saw the old Amber Room, when I was five years old, and I’ve seen the new one. The new one is even better,” von Falz-Fein told Argumenty i Fakty. Enthusiasts are still welcome to continue the hunt for the original Amber Room but it is far easier to go to Pushkin and enjoy the masterful recreation.