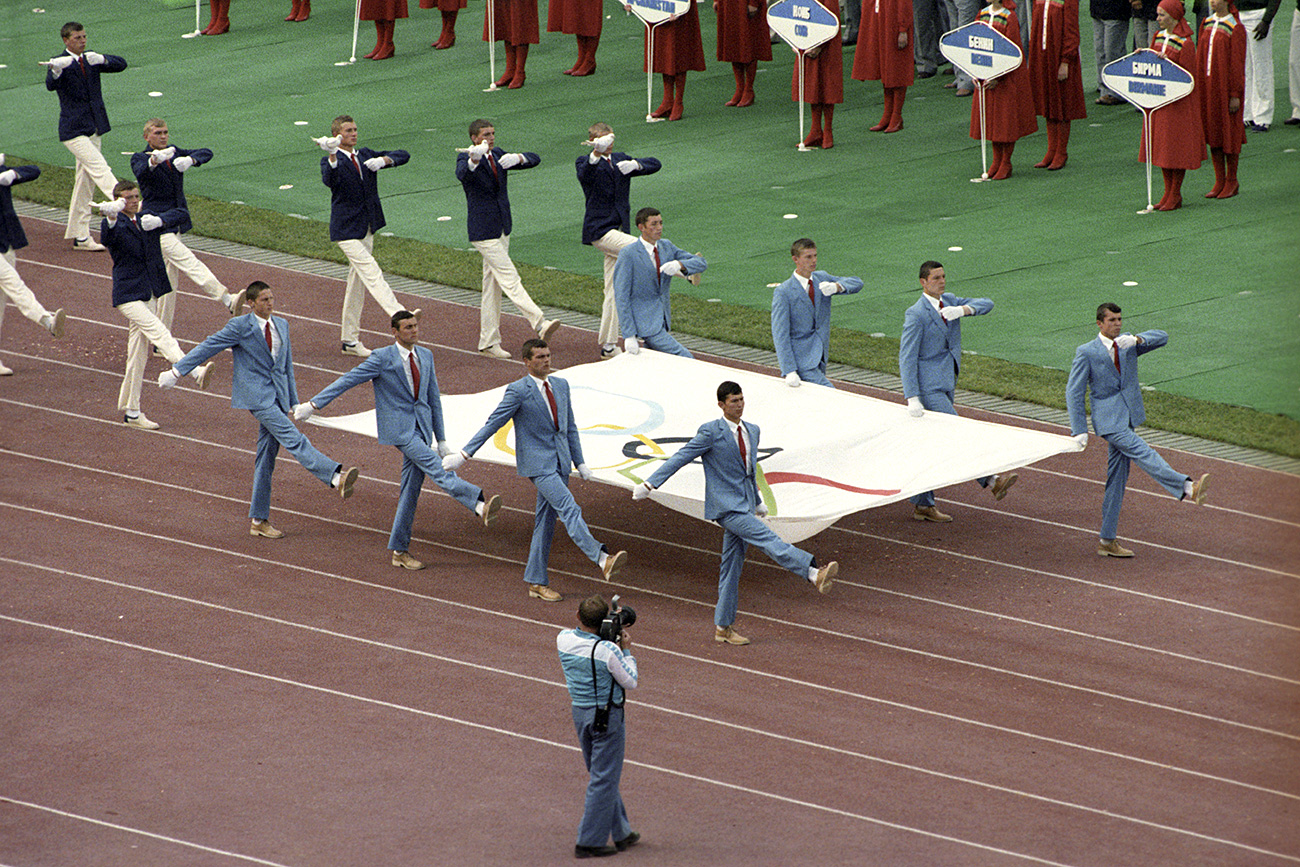 Carrying out the Olympic flag at the opening ceremony of the XXII Olympic Summer Games. Central Lenin stadium, July 19, 1980.

Sergey Guneev/RIA Novosti
The Olympics were hit by a boycott led by U.S. president Jimmy Carter

The 1980 Games were the first Olympic Games to be staged in Eastern Europe, and remain the only Summer Olympics held there. They were also the first Games to be held in a socialist country until the 2008 Beijing Olympics.

The Olympics were disrupted by a boycott spearheaded by U.S. president Jimmy Carter, part of the protest against the December 1979 Soviet invasion of Afghanistan. Almost 50 nations did not participate in the 1980 Summer Olympics, resulting in the lowest athlete turnout since 1956.

During the closing ceremony, “Misha” the bear - the Olympic mascot for the 1980 Moscow Games - appeared with a tear in it's eye, which became a truly iconic moment.