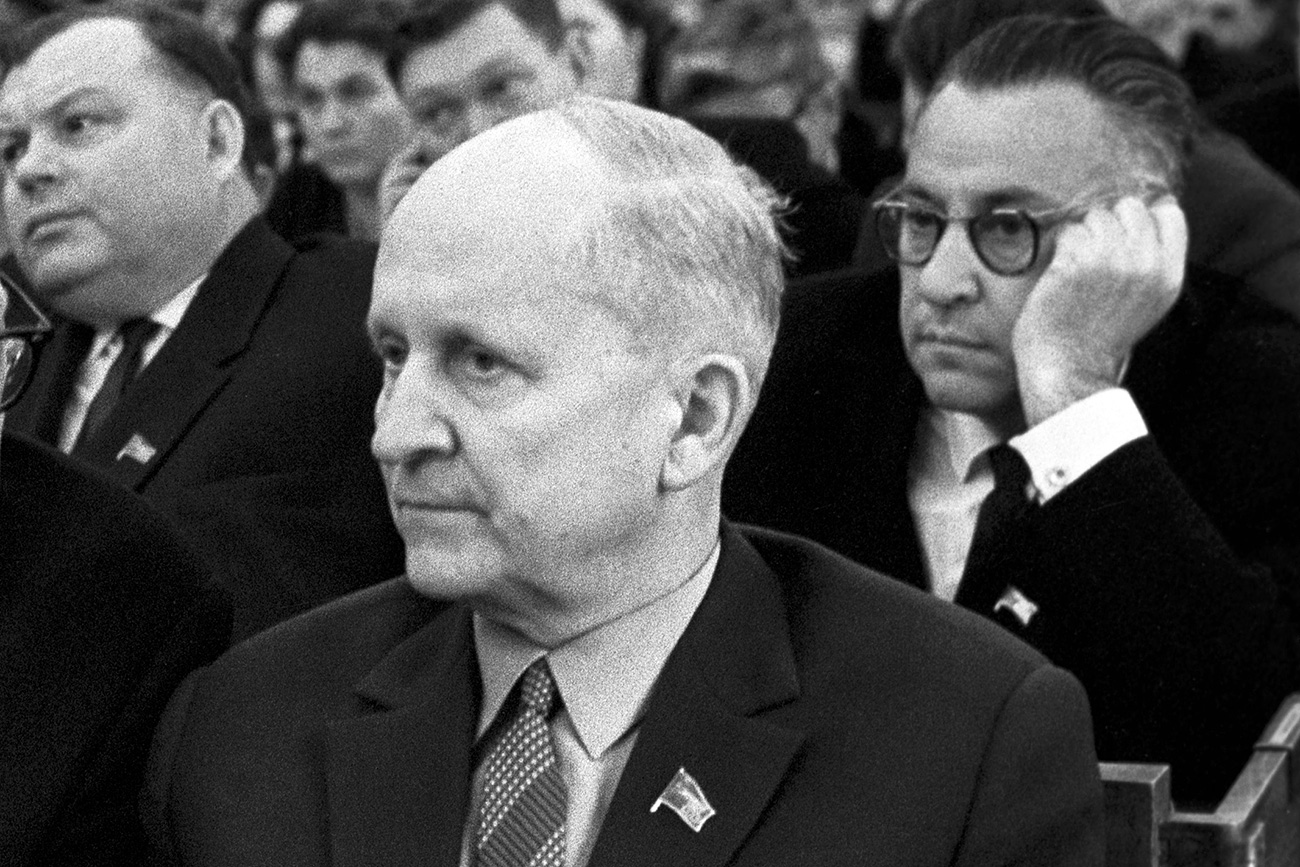 Scientist Pavel Sukhoi at the 5th session of the Supreme Soviet of the USSR, Moscow.

Pavel Sukhoi was born on July 22, 1895 in the small town of Hlybokaye near Vitebsk, Belarus - part of the Russian Empire at that time. After graduating from the Imperial Moscow Technical School in 1925,  Sukhoi designed and constructed aircraft, including the record-setting Tupolev ANT-25 and the TB-1 and TB-3 heavy bombers. He also developed a multi-purpose light aircraft – Su-2 – which was used in the early years of the Great Patriotic War.

Sukhoi also developed a new ground-attack plane, Su-6, but Stalin decided against putting the plane into production, favoring the Ilyushin Il-2 instead.

In the postwar years, Sukhoi was among the first Soviet aircraft designers to work on jet aircraft, creating several experimental fighters.

During the Cold War, his creations included the supersonic Su-7, which became the main Soviet fighter-bomber of the 1960s, and the Su-9 and Su-15 interceptors, which formed the backbone of the PVO. He also pioneered variable-sweep aircraft, such as the Su-17 and Su-24. The last fighter Sukhoi designed was the T-10 (Su-27) but he did not live to see it fly.​