On this day: Truman told Stalin about the atomic bomb 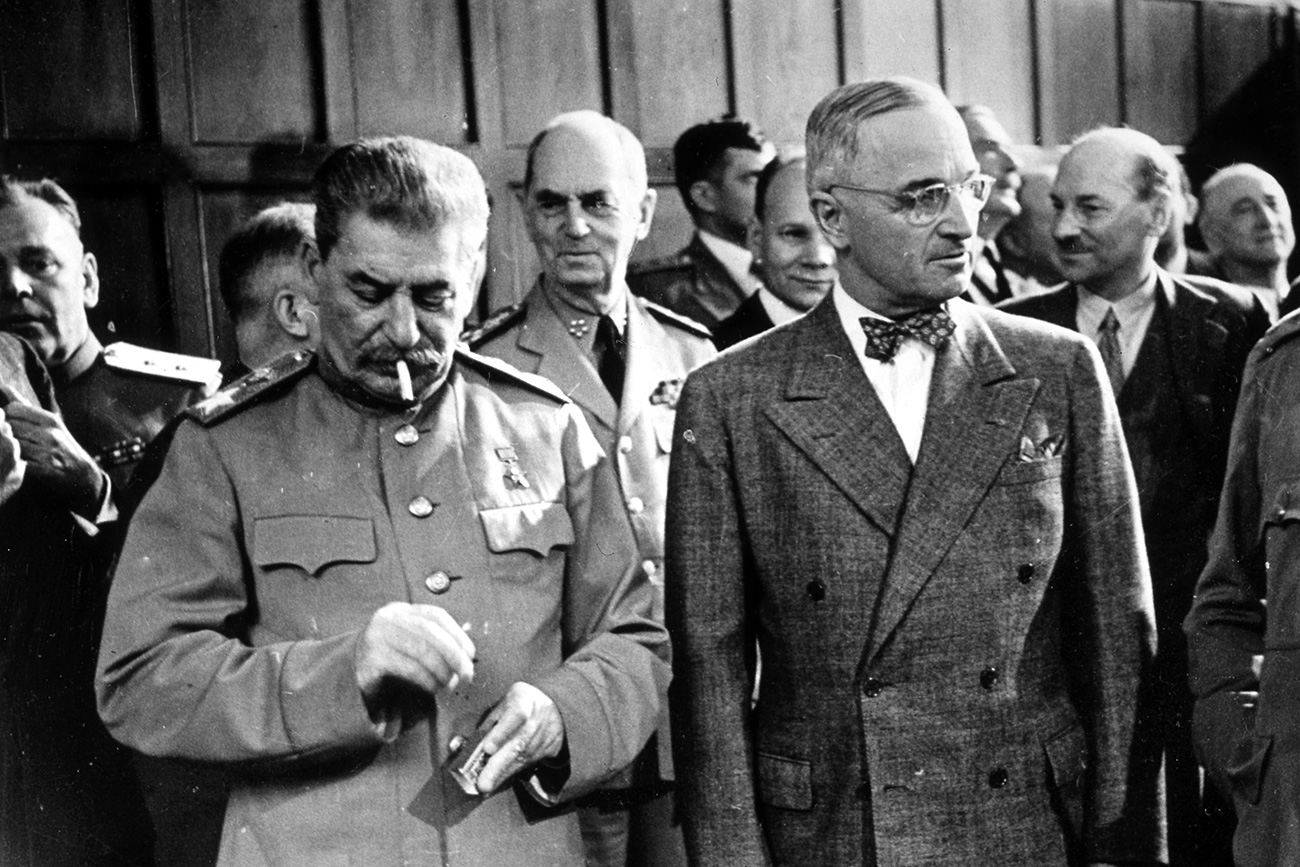 At the close of the Potsdam Conference involving the Big Three on July 24, 1945 U.S. President Harry S. Truman told the Soviet Premier Joseph Stalin that the U.S. has successfully developed a new weapon.

Truman later said Stalin was not that surprised. “On July 24, I casually mentioned to Stalin that we had a new weapon of unusual destructive force. He showed no special interest. All he said was he was glad to hear it and hoped we would make “good use of it against the Japanese.”

Later that night Stalin sent a telegram to those working on the atomic bomb in Russia to hurry up.

Read more: The Cold War: From Churchill to Yeltsin