How cotton led to the collapse of the Soviet Union 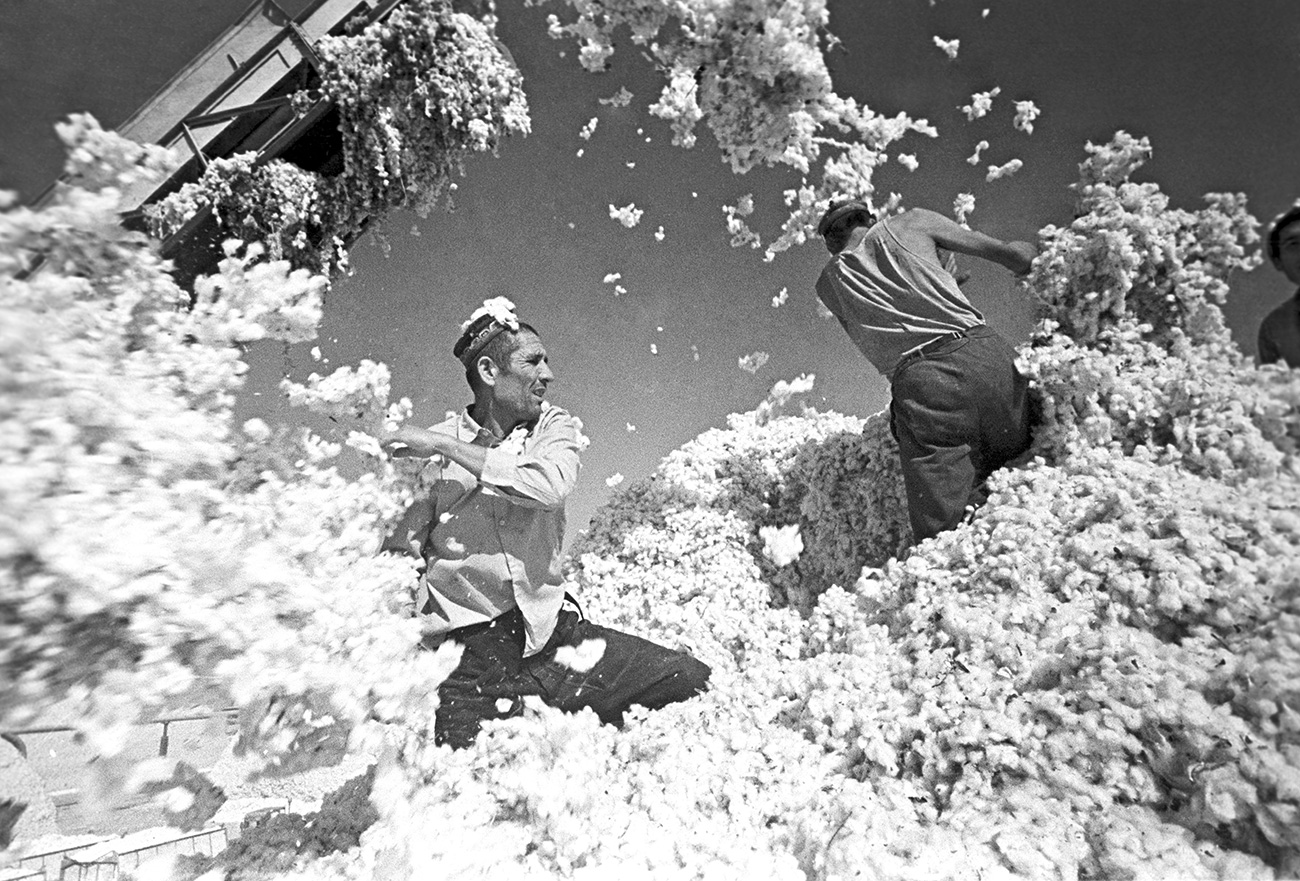 As a result, during the late Soviet period the production of this valuable raw material became a magnet for fraud. // Uzbek SSR, 1976

Zelma/RIA Novosti
The investigation into the high-profile “cotton scandal” involving fraud and corruption on a massive scale opened people’s eyes to the deplorable state of the economy during the late Soviet period. 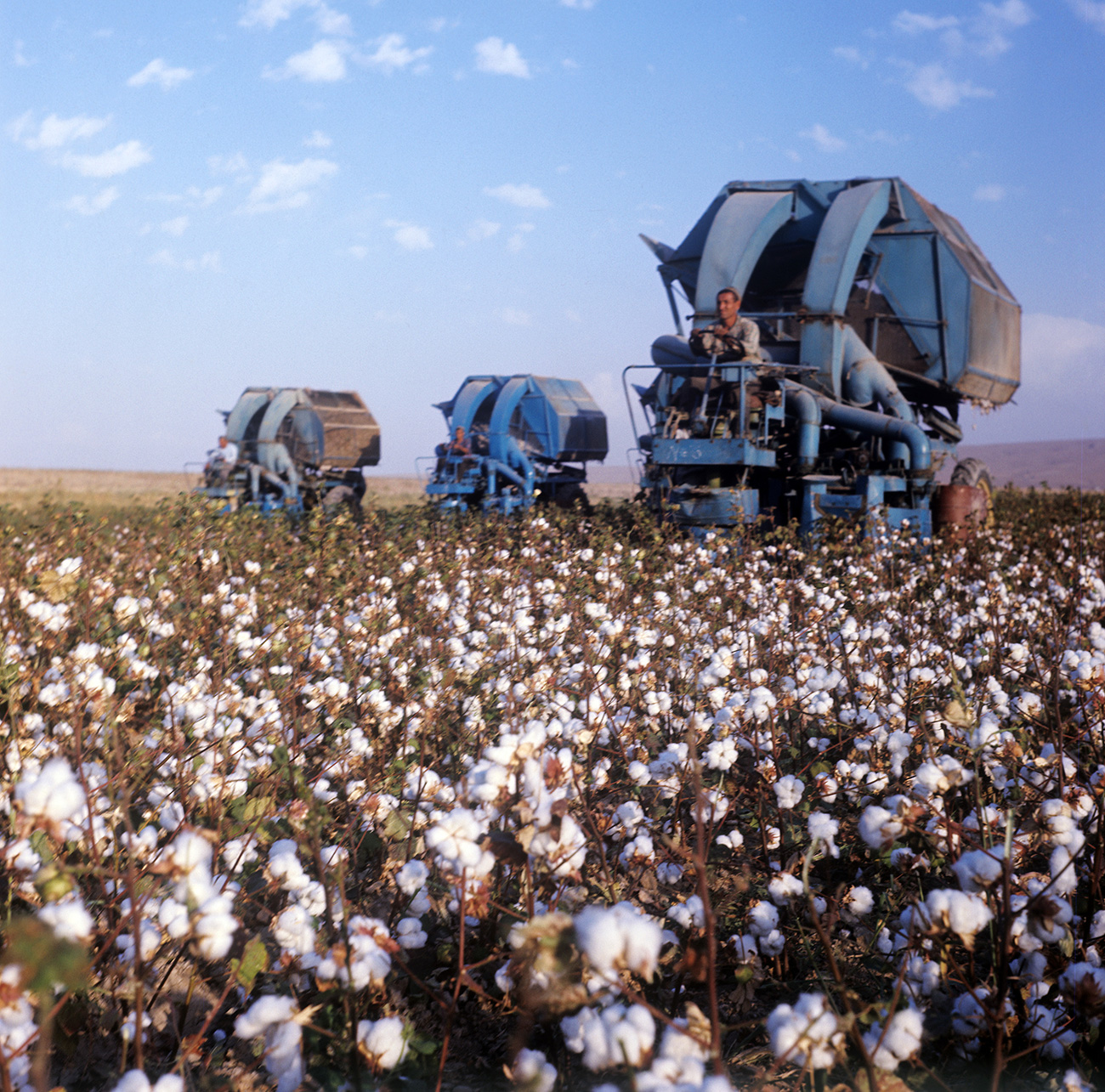 Cotton in the Soviet Union was a raw material of great strategic importance. Not only was it a vital element in the production of weapons, but it provided affordable clothing for the country’s population. // Cotton harvesting, Uzbek Soviet Socialist Republic (SSR), 1973 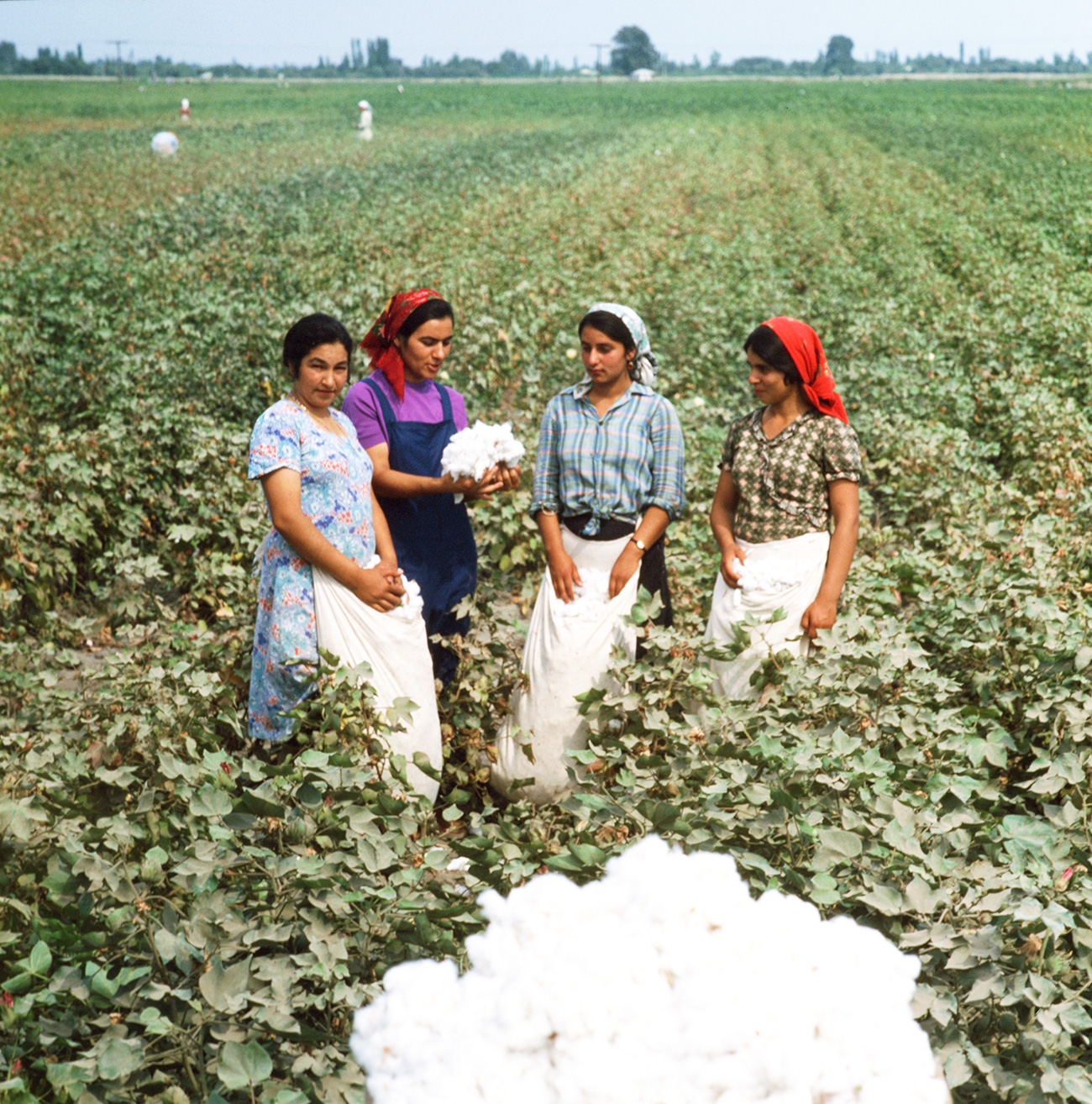 According to official data from the early eighties, the Soviet Union led the world in “white gold” production. // Azerbaijan SSR, 1979 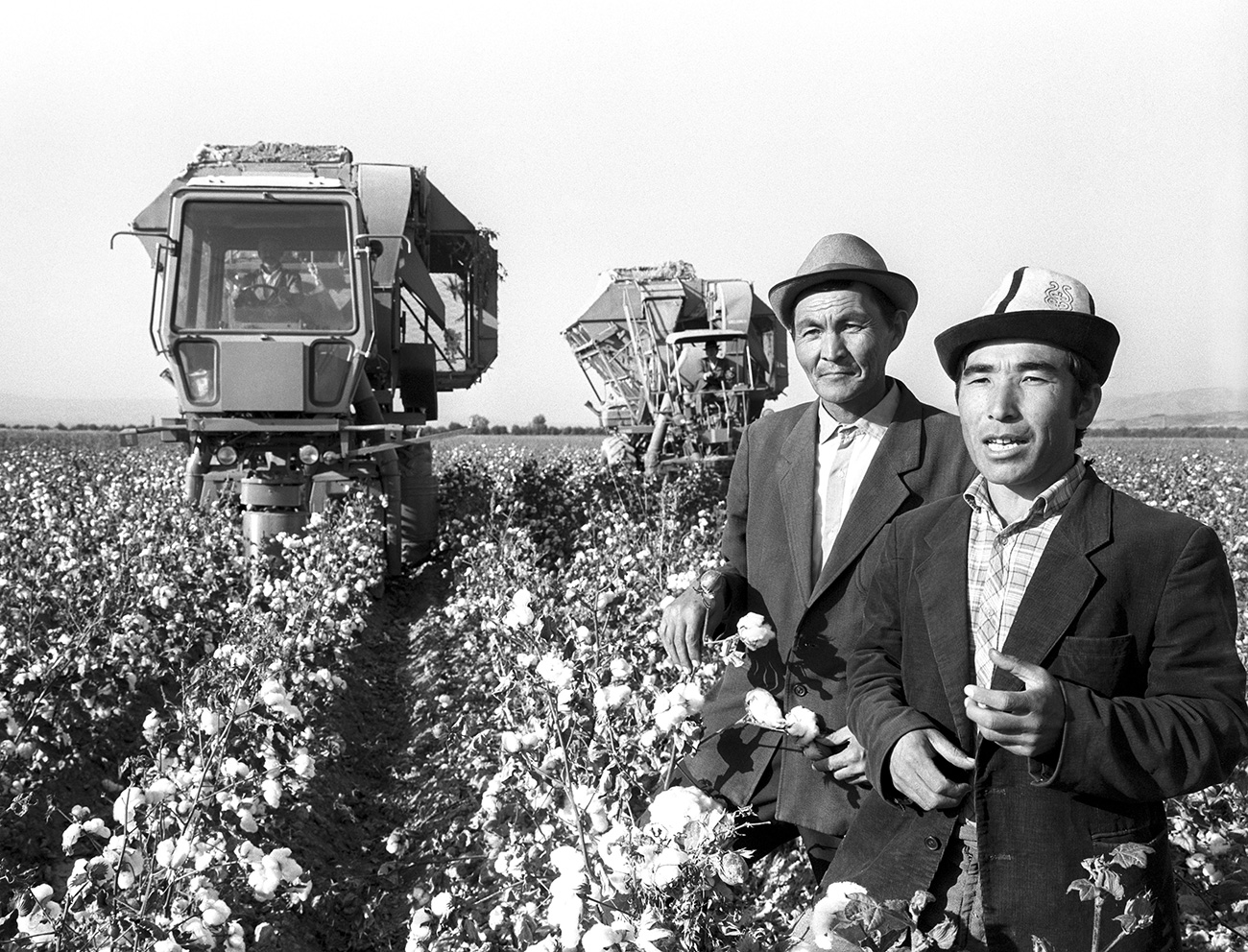 It was mainly cultivated in the Central Asian republics of Uzbekistan, Kyrgyzstan, Turkmenistan, Tajikistan, and Kazakhstan. Although they were part of the USSR, the way of life there was markedly different. // Kazakh SSR, 1988 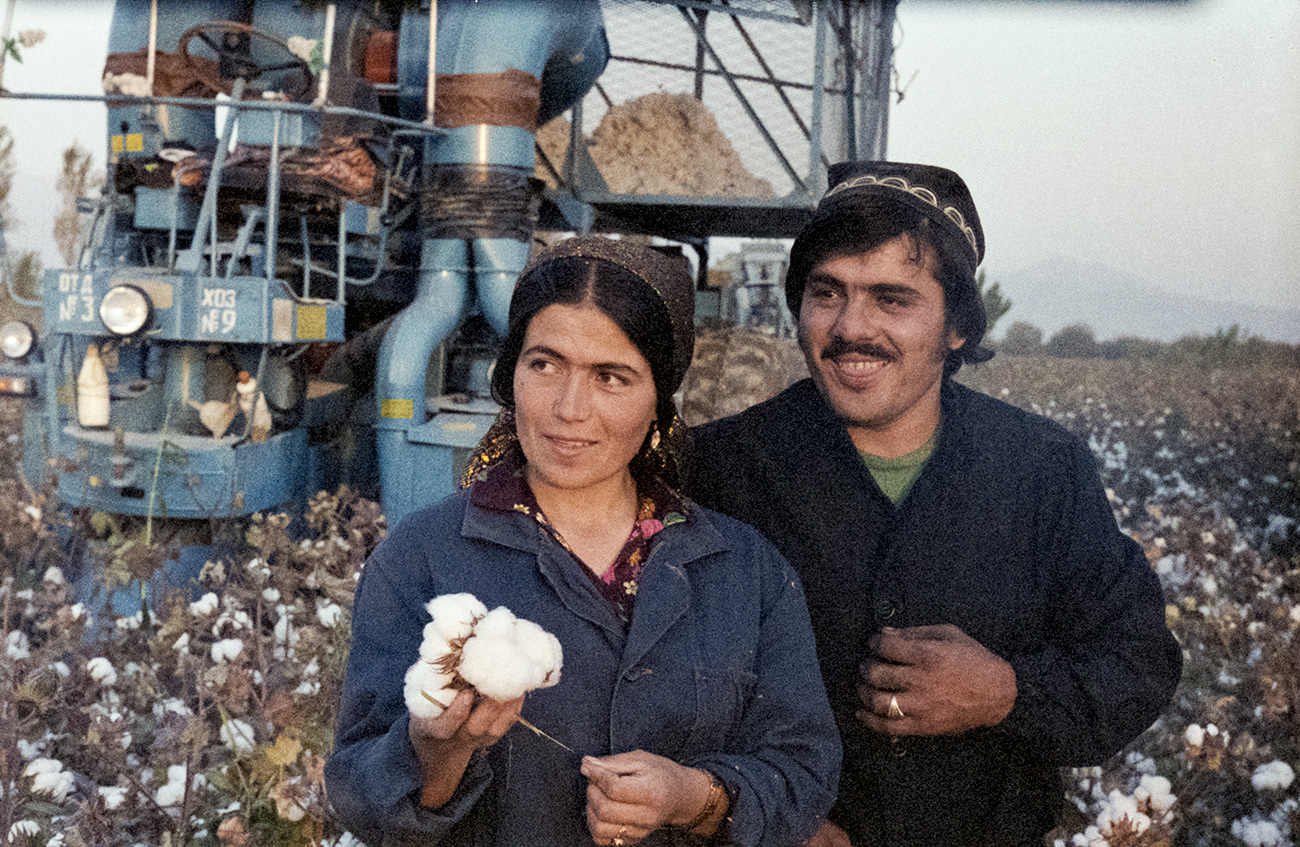 Despite socialism ruling in the cities, much of the countryside still operated according to feudal traditions. // Tajik SSR, 1980 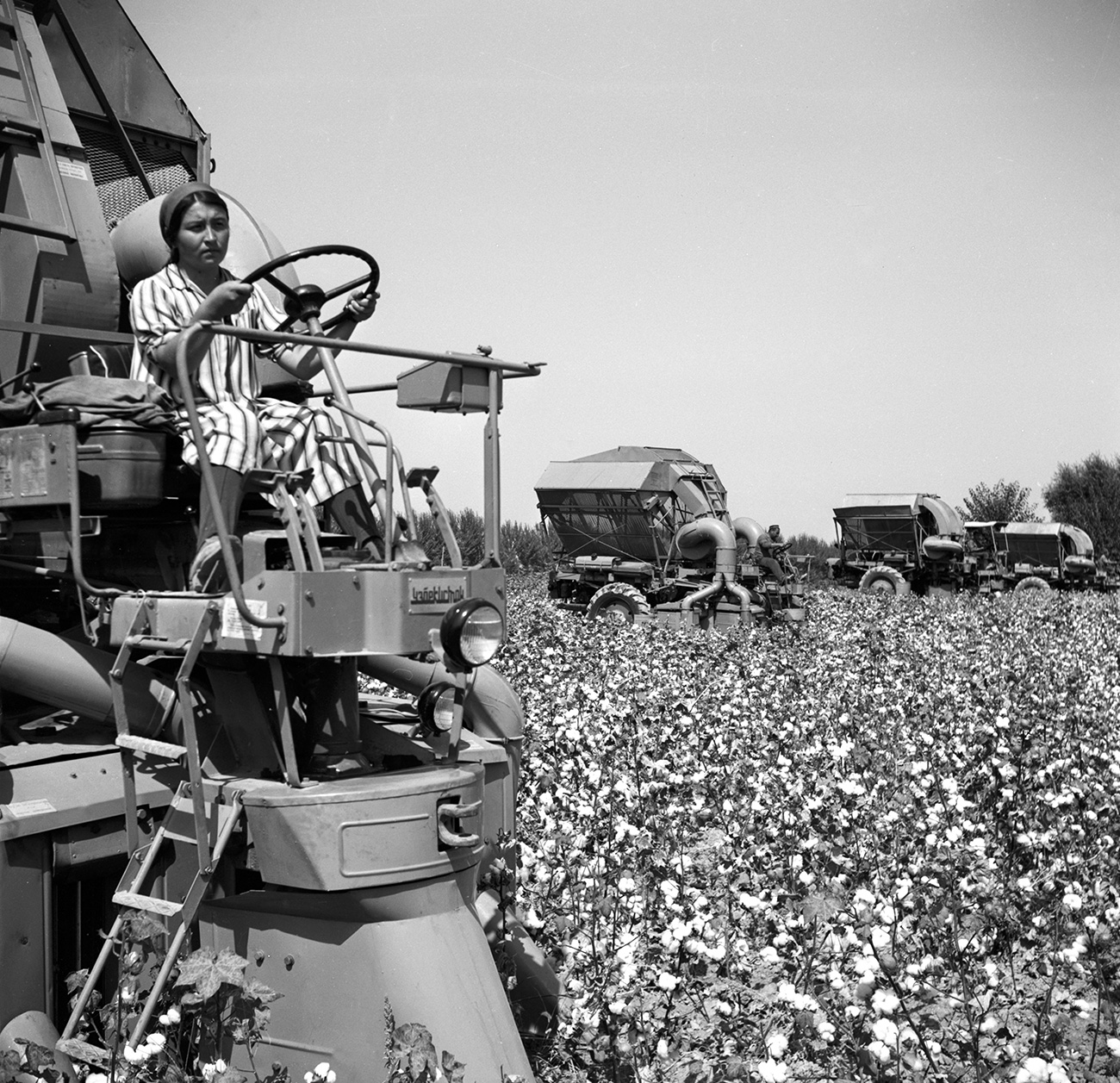 As a vital commodity for the central authorities, cotton was a real curse for some regions. A huge amount was grown in Uzbekistan. // Uzbek SSR, 1972 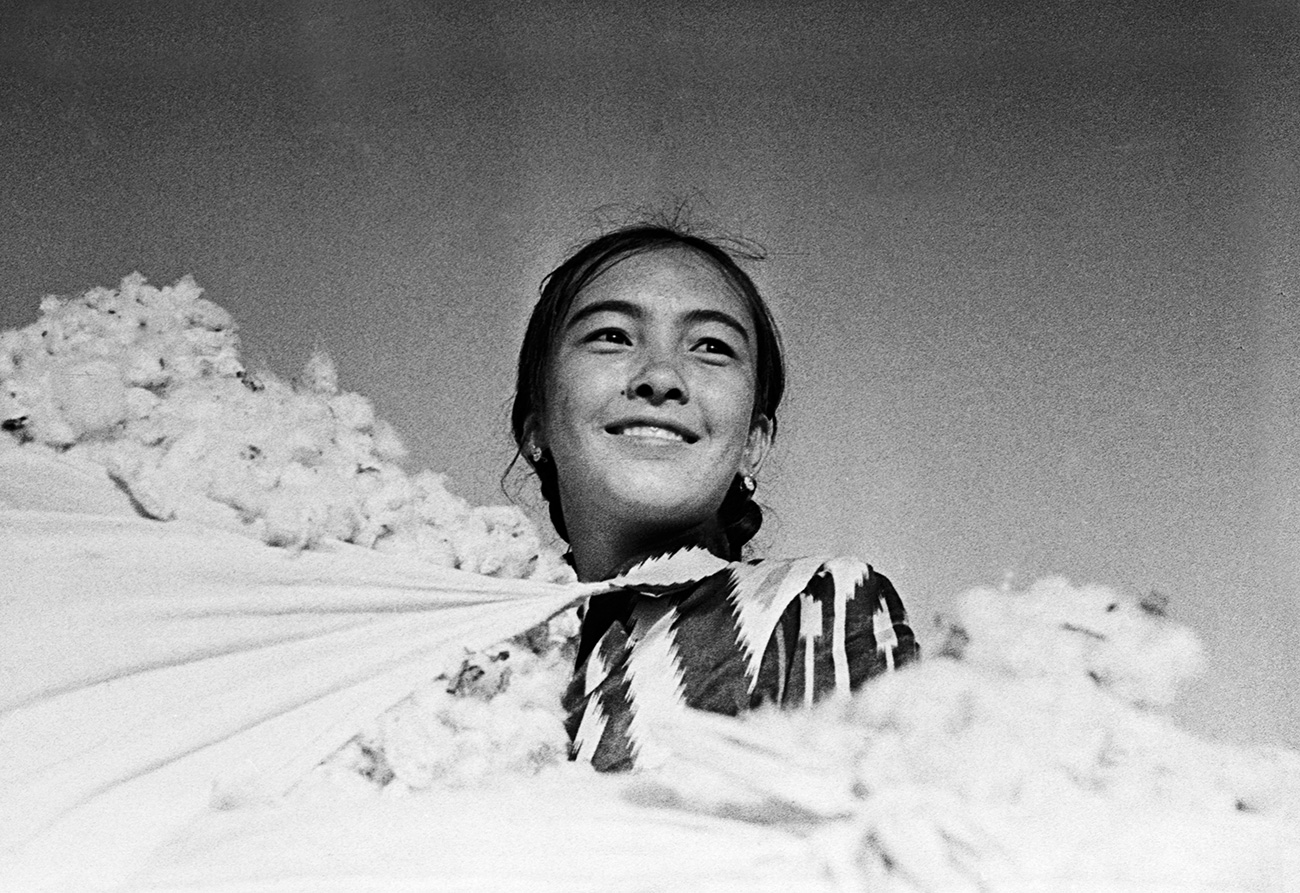 In February 1976, the head of the Uzbek Soviet Socialist Republic - Sharaf Rashidov - stated that Uzbekistan would supply the Soviet Union with 5.5 million tons of cotton each year, up from four million tons. // Uzbek SSR, 1973 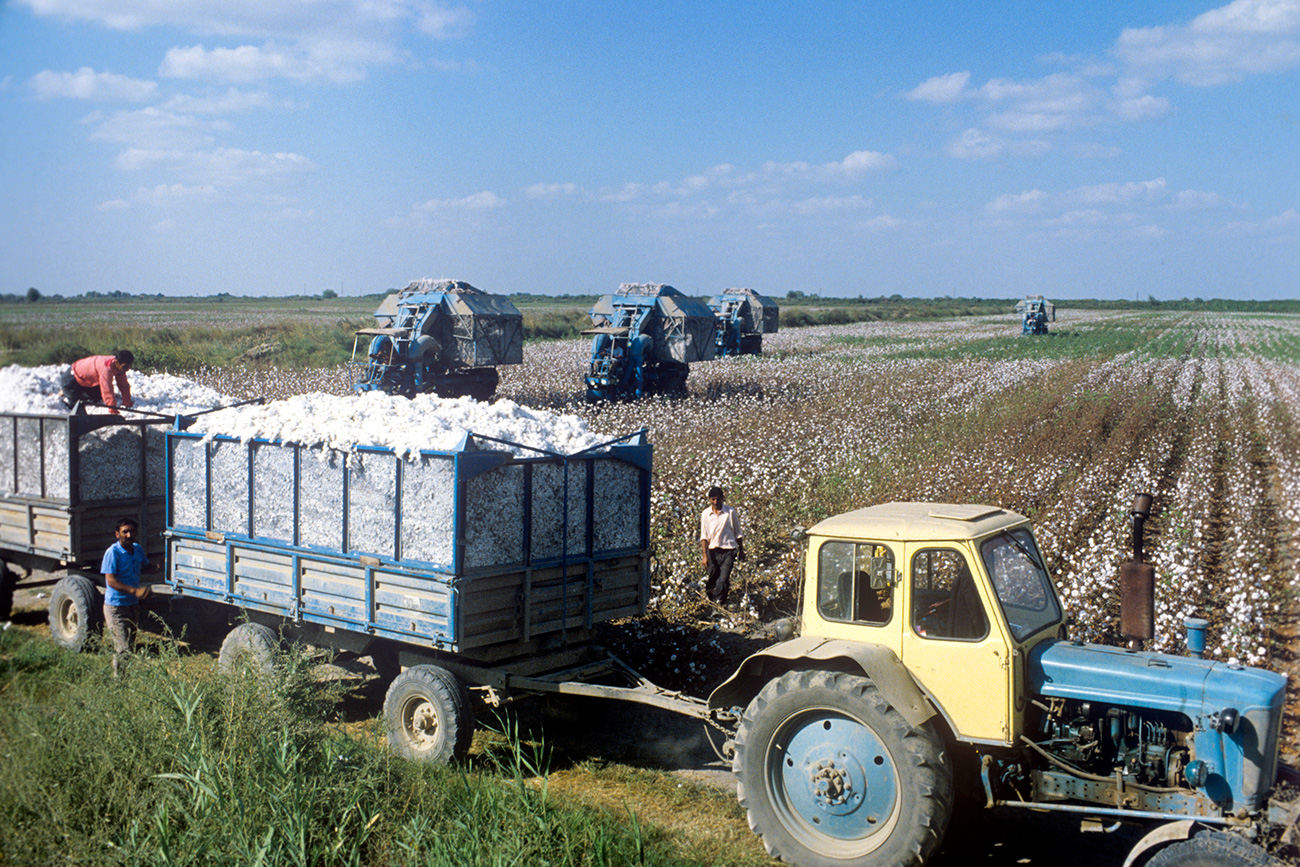 This commitment literally sold the people into servitude. Almost everyone was involved in the gathering of cotton. Even children stopped going to school until the last strand of cotton had been handpicked in the fields. // Azerbaijan SSR, 1979 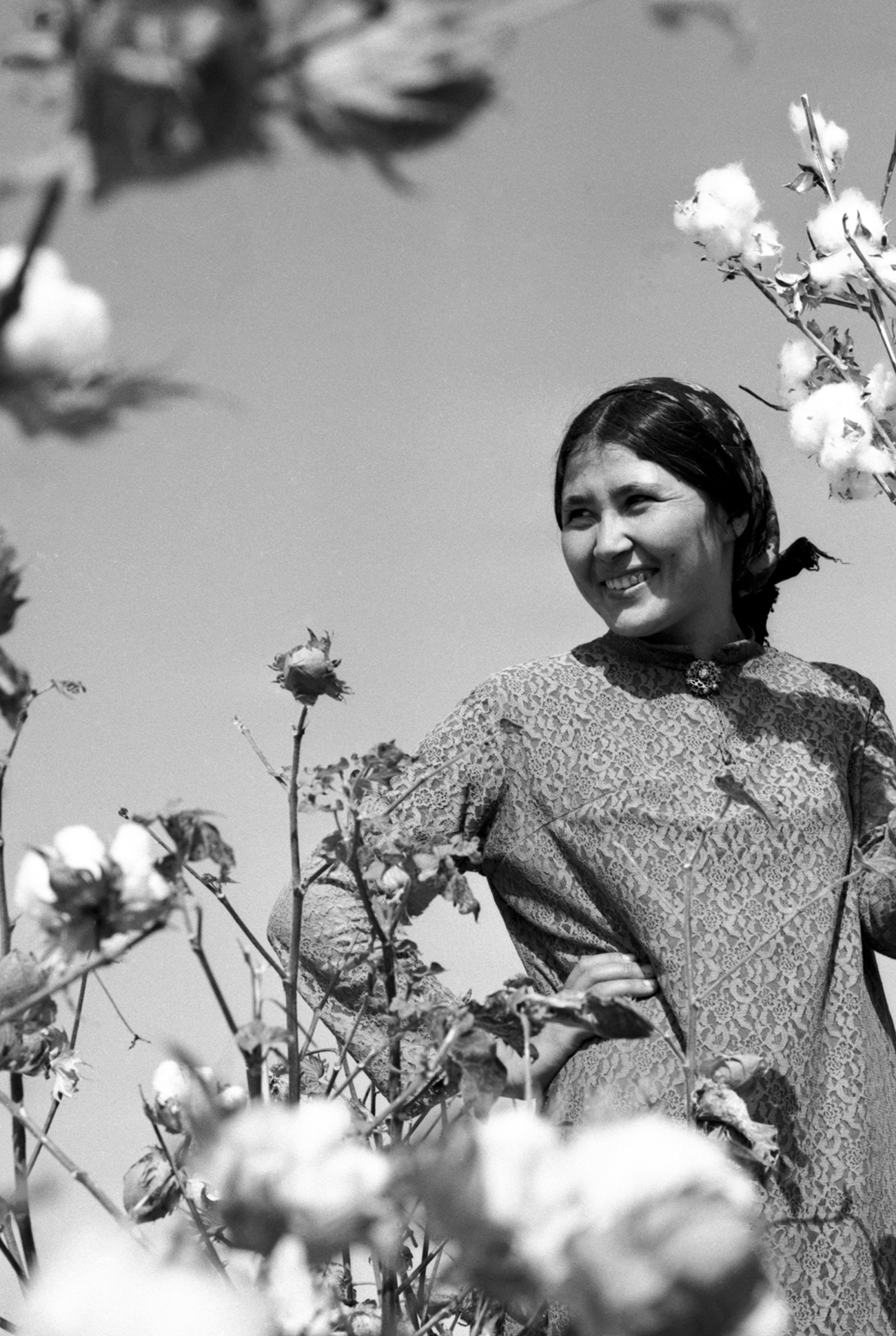 However, even with maximum deployment of human resources, it was impossible to grow so much cotton. // Turkmen SSR, 1978 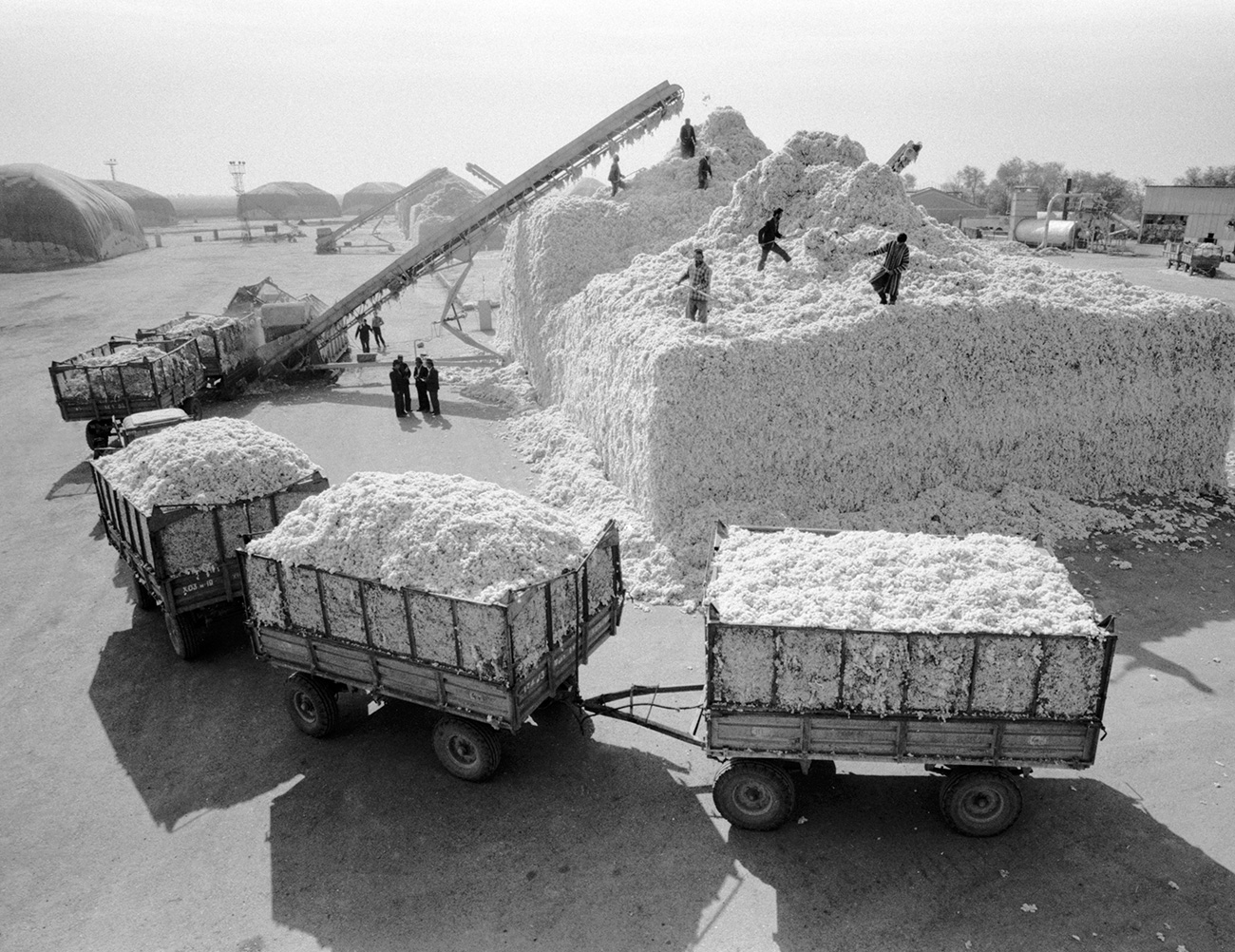 To make up for the shortfall, cottonpickers started putting stones in their sacks, and empty rail carriages were dispatched to Moscow where dishonest officials would take bribes to record them as being full. // Kazakh SSR 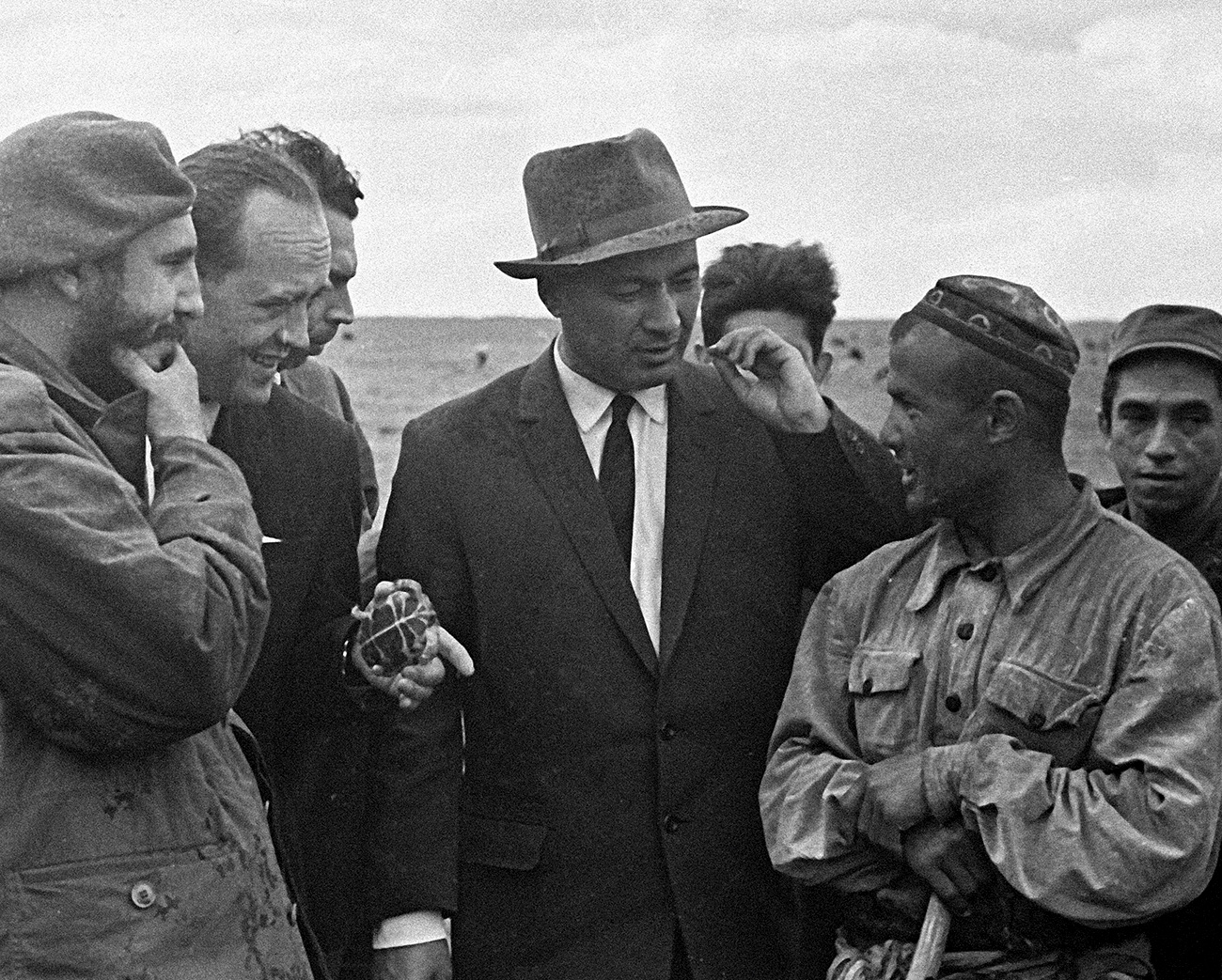 The entire scheme collapsed after the death of Leonid Brezhnev in 1982. Yuri Andropov then rose to power, who for many years had collected "kompromat" (compromising evidence) implicating the Uzbek authorities. // Fidel Castro (L) and First Secretary of Uzbekistan's Communist Party Sharof Rashidov (2nd R) and a shepherd at the Sverdlov collective-farm, 1963 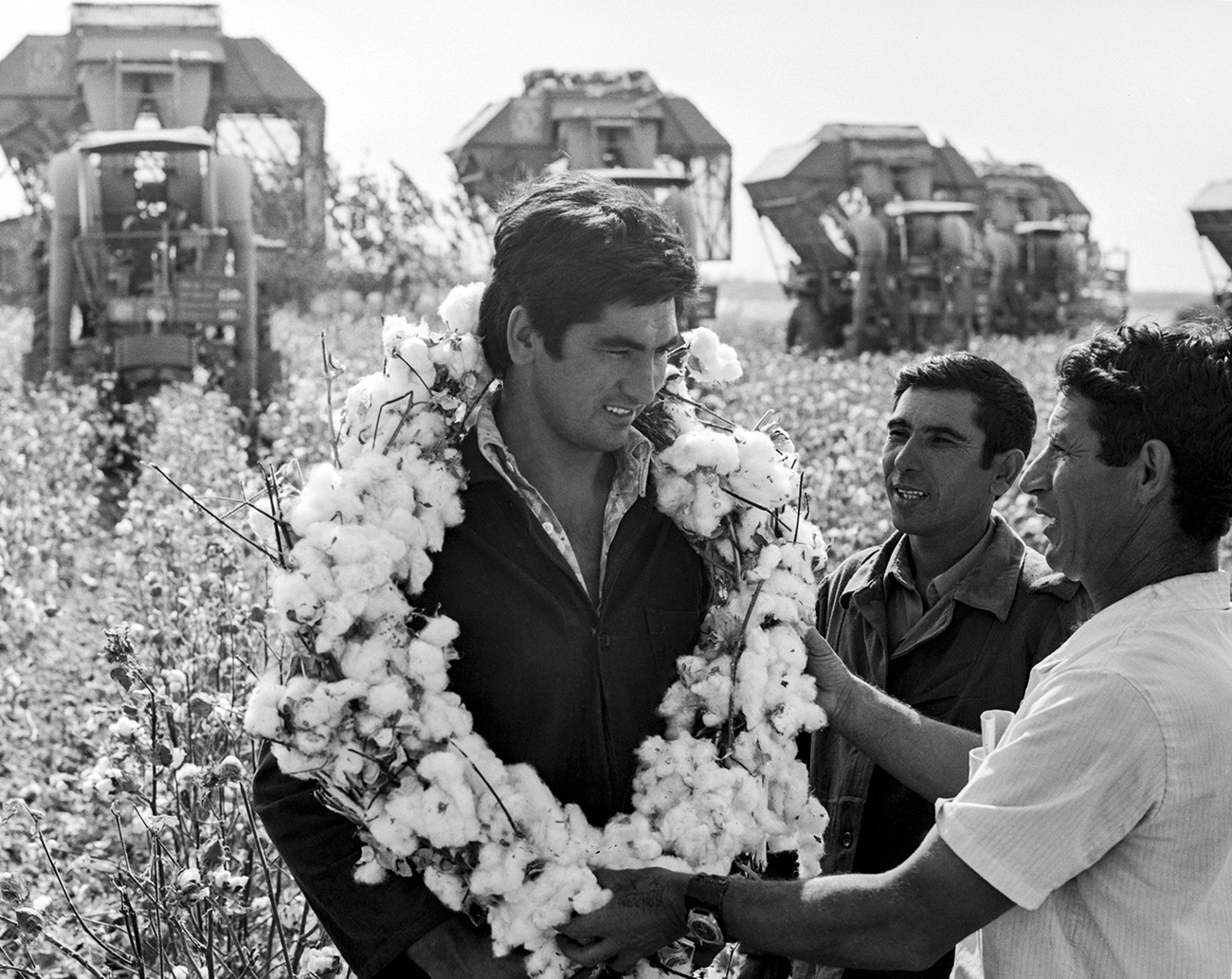 In 1983, according to legend, Andropov phoned Rashidov and asked how much cotton would actually be gathered. Rashidov suffered a stroke after this conversation, but it was rumored he drank poison. // Turkmen SSR, 1977 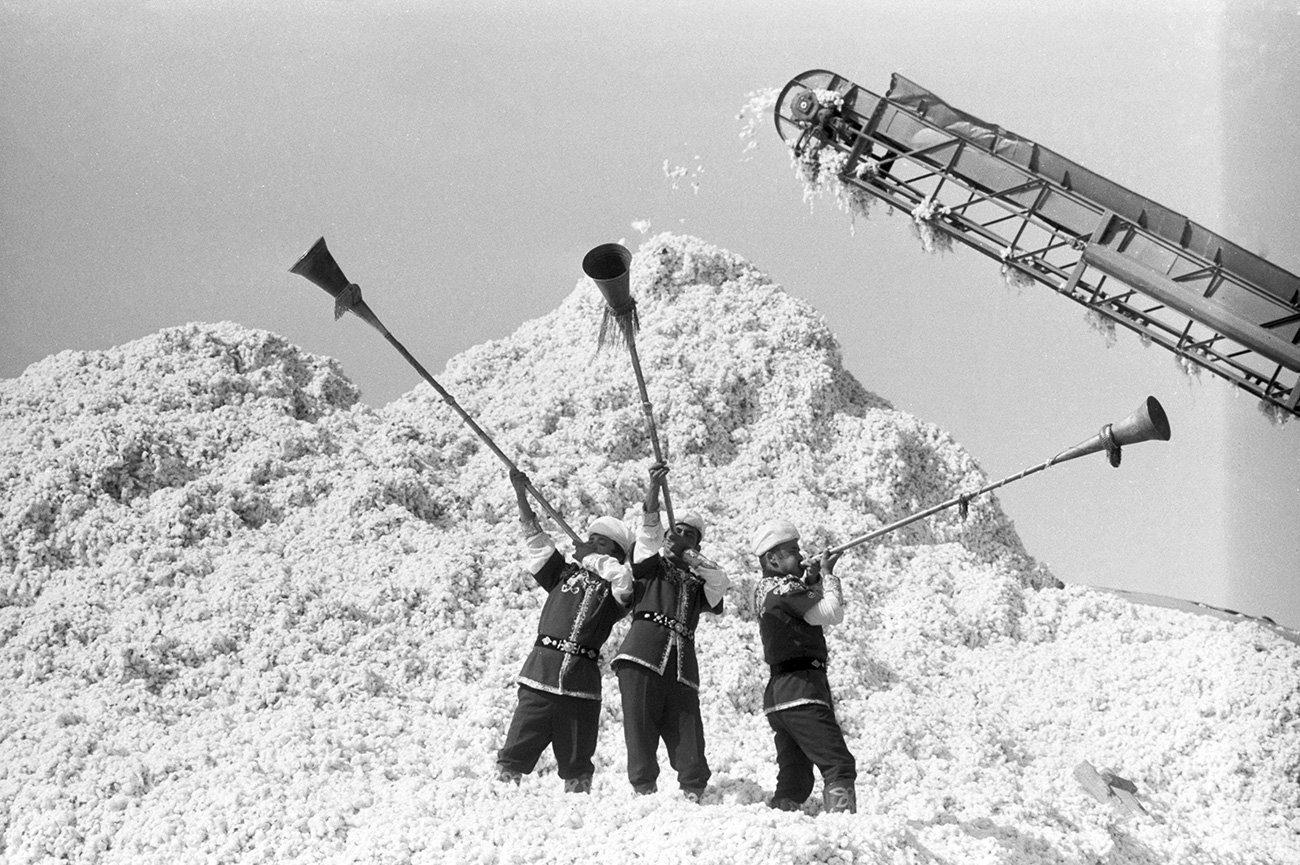 Soon afterwards, a team of central investigators was sent to Uzbekistan to “unpick” the “cotton scandal,” so to speak. Their probe resulted in lengthy jail terms for all involved, and those spearheading the scandal were handed maximum penalties. // Uzbek SSR, 1982