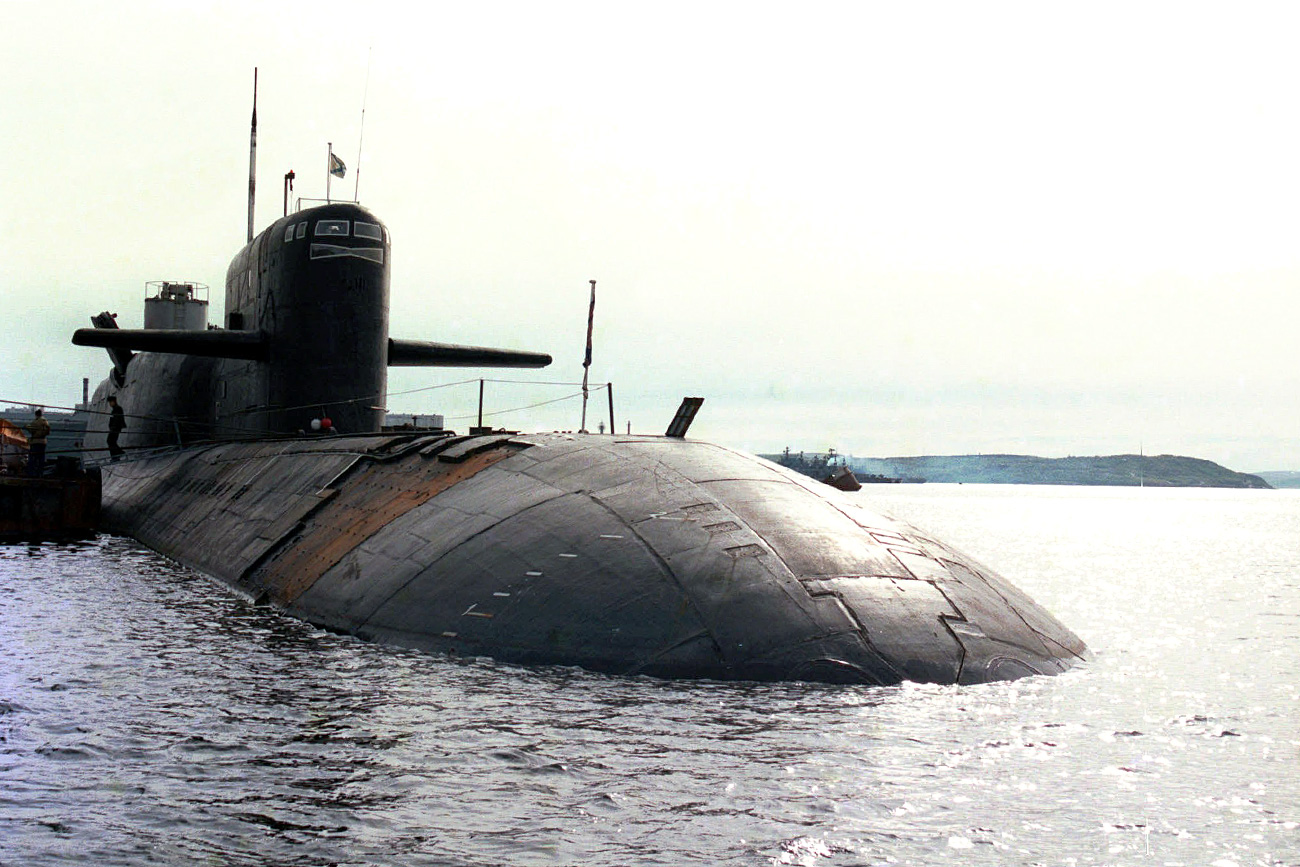 The Russian nuclear submarine Novomoskovsk is seen docked in Severomorsk, 1998.

AP
It was seen as a possible scenario for nuclear war with the U.S.

On Aug. 6, 1991 the Russian Northern Fleet launched operation “Behemoth 2” - demonstrating that its ballistic missile submarine was capable of firing all of its missiles at once (within five to seven seconds of each other)

The Delta-IV submarine K-407 Novomoskovsk - under the command of Captain Second Rank Sergey Yegorov - was chosen for this operation.

It took three minutes and 44 seconds to launch all 16 R-29RM missiles, with the submarine shedding 650 tons of weight in the process.

The operation was seen as a possible scenario for nuclear war with the U.S.

Two years earlier, on the same day, operation “Behemoth 1” was launched. The Delta-IV class submarine K-84 Yekaterinburg attempted to launch all 16 of its missiles at the same time, yet the operation failed after a fuel leak caused a fire.

Russian navy missiles On this day Viral in Russia